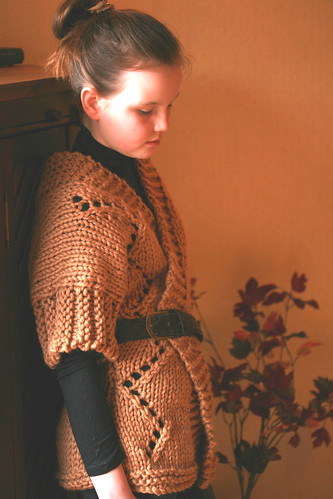 She did it all by herself!  Even the seaming. There were some hairy moments, but all in all she kept her cool where lesser knitters (that would be me) would have lost it.  When I said that I was ripping Cherish, Lily claimed the Big Wool for herself.

Here she is having a Vogue moment.  She knit the jacket in the smallest size, and it’s still over-sized on her, but I think it looks great belted.  By the time she got to joining the fronts at the shoulder, and starting the back she was a little disenchanted with the eyelet pattern.  Hence the plain back. 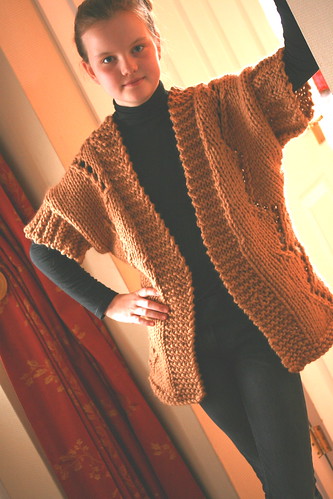 Modifications:  Lily decided to have the stocking stitch as the right side.  The pattern actually says it should be reverse stocking stitch, but she liked the look of the eyelets better against the knit side.  The eyelet pattern was discontinued at the shoulders. 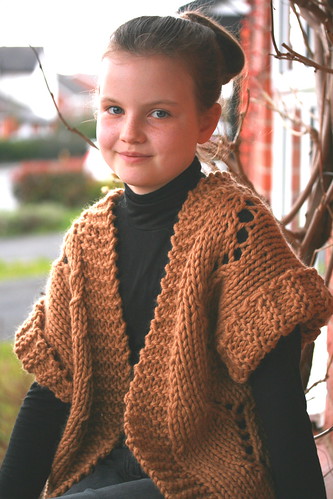 I can’t blame her for looking pleased with herself!  I’m very proud of her.  I think she has a very bright knitting future. 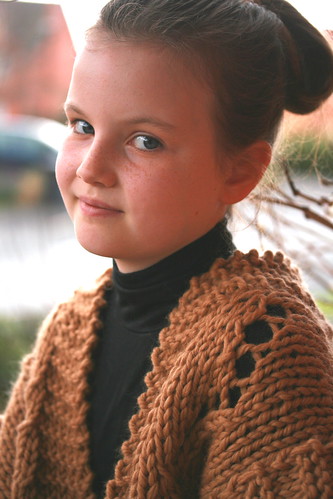 And now that the photo shoot’s done, she’s away knitting a wedding dress for her doll.