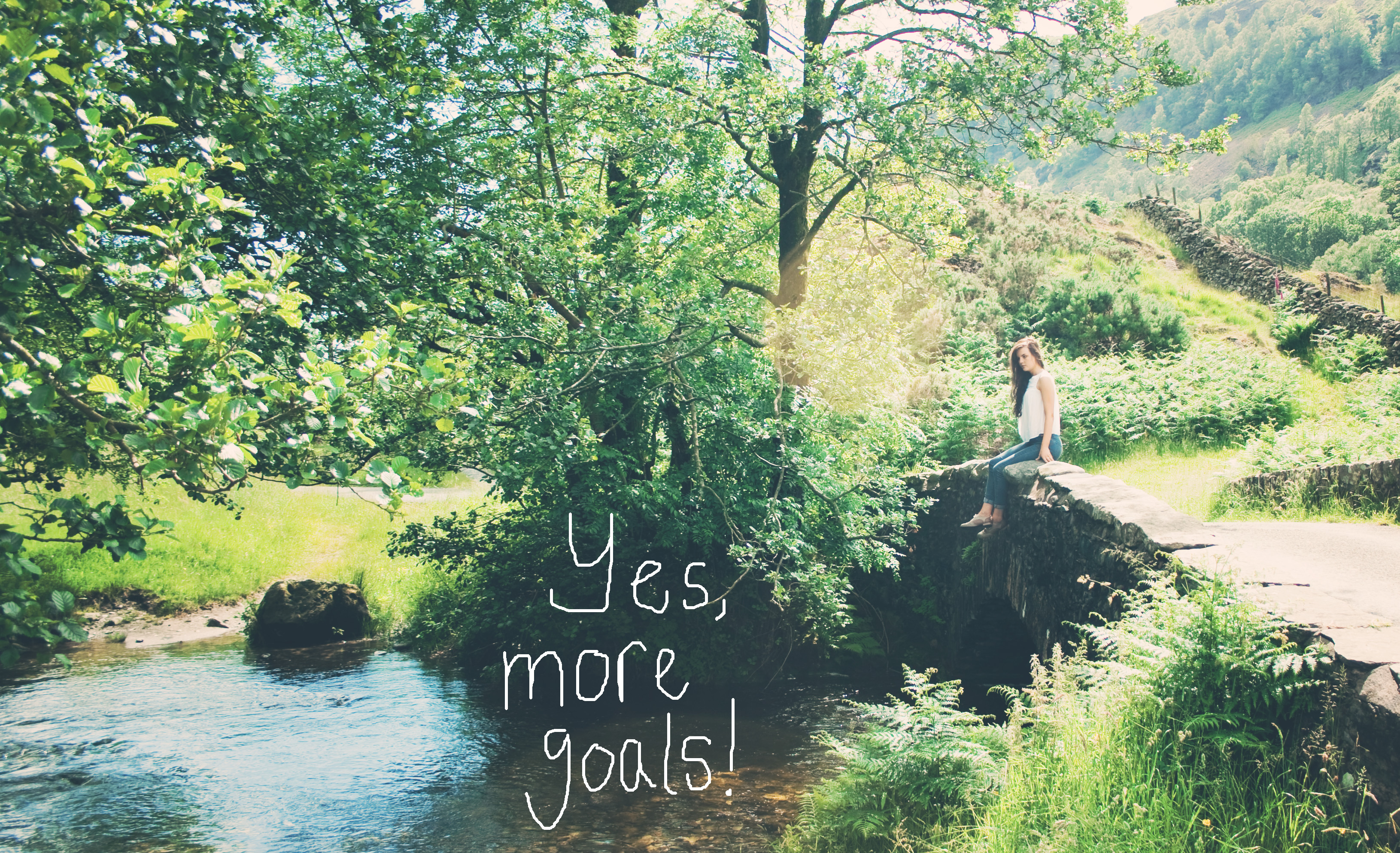 Summer got me in the mood for goals and happy and dreams and all that.  Lovin’ it.

Travel.  Pretty sure this one’s the top of everybody’s bucket list, but it’s the no.1 goal for a reason so I don’t really care.  How crazy would it be though to spend a whole life in only a few places, when there’s so damn much going on out there?  The idea of solo travelling is growing on me too, funnily enough.  I’m definitely a people person and like sharing experiences with my favourites, but going it alone is strangely attractive to me too!  I’ve read quite a few solo travel experiences lately and whilst yep, it sounds scary, it also sounds a hell of a lot of fun.  Do what you want, when you want, how you want, without fitting anybody else’s plans.  Very liberating. (OK so I am 100% crushing on Brooke Saward‘s life right now, not gonna lie).  I’m not about to rush off around the world on an epic loner adventure – I’d miss my family and friends way too much – but at some point in my life I’d like to give it a shot.  I’m good at talking to strangers, and I’d be sensible.  Hopefully I’d be ok! 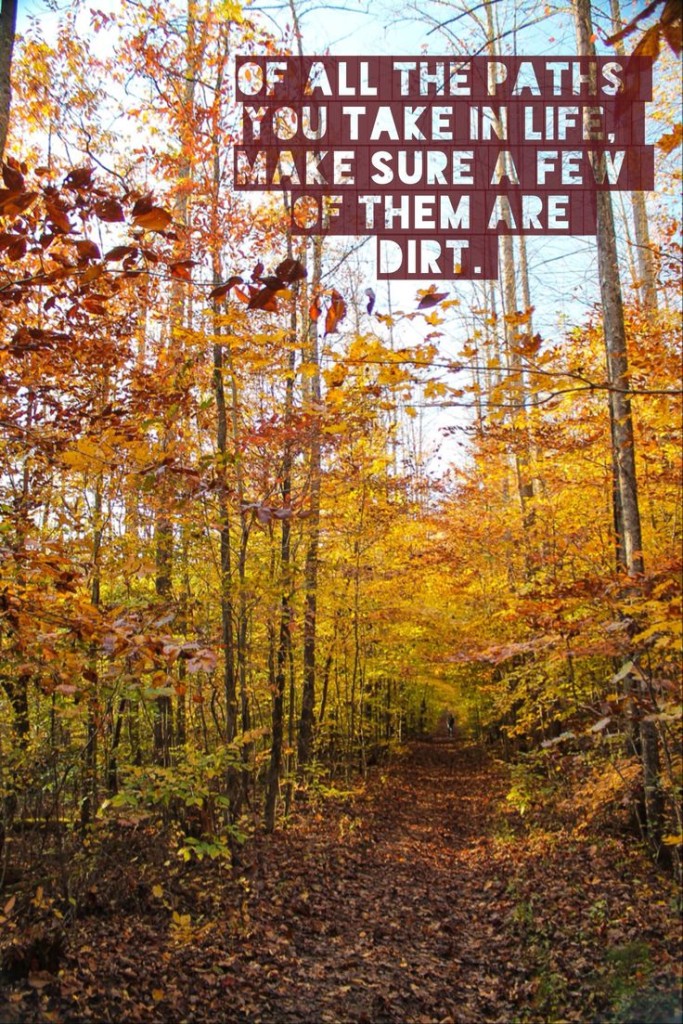 As for where I’d like to go… the obvious ‘before I die’ kinda places would be ahhhmazing, plus others off the beaten track too.  There’s a good reason that the Grand Canyon and the Northern Lights and the Pyramids of Giza and all those spectacular places make every Top 10 list, and that’s because they’re utterly breathtaking.  I kinda feel like I have to try to visit at least one.  It’d be fun to experience somewhere not tourist’y at all though too, wouldn’t it?  (As I said in my last post, I’m still a big champion of the whole ‘be a tourist at home’ thing too; still wanna look for the special in the everyday.  That’s a goal – keep up looking for cool stuff everywhere, or life in one place would get bloody boring). 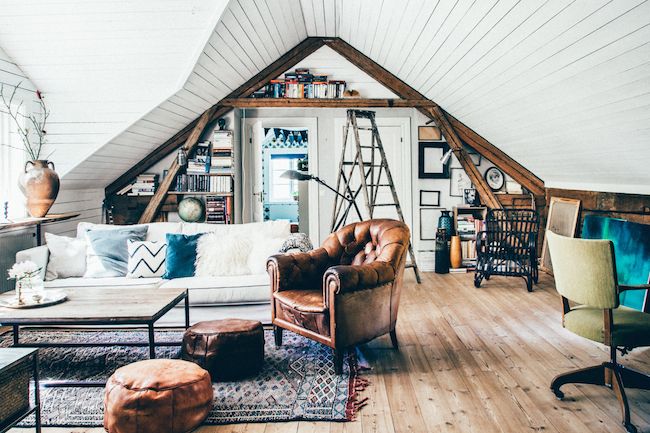 Create a homely home.  Not one of those typical #lifegoals kinda mansions with fancy cars on the drive and a kitchen where every single plate matches every single cup.  Not my style.  The whole ‘perfect house’ thing doesn’t appeal to me in that way.  Sure, I’d like to live in a nice area in a house with plenty breathing space, but the idea of a swanky house with all the trimmings just doesn’t draw me.  What appeals to me are mismatched cup collections and bashed about furniture, y’know?  With a few plain white walls for good measure, obviously.  Similarly I don’t particularly fancy living in London or another hotshot city, like lots of others dream of.  Nahhh.  Another example of where ‘just nice’ is quite alright with me.  I’d love an old building – a blank canvas with character – to slowly make my ‘own’.  When this will be, who knows!

Write a book.  No idea what about, but I’d love a print title to my name.  What could I offer to the literary world?  Again, no idea, but maybe something will come up.  Didn’t think I’d have a design published in Vogue Knitting age 14, and that happened.  Who knows!  I enjoy thrashing words out and I enjoy turning pages so we’ll see where that takes me.  One to keep in mind.

Be a cool mum.  Like, the one that does fun things and silly things and doesn’t suddenly become boring when a kiddo comes along.  I’m sure some of it’s inevitable, in moderation though!  So many parents I know (of) seem to completely lose touch with what it’s like to be young when they hit their thirties, forties, fifties whatever, but I’m determined I will not become short sighted in that way.  My mum isn’t, and I turned out alright!  Again, not for a good few years yet.  We’re talking #lifegoals here remember. 😛  I know teen mothers who do a brilliant job so I’d never say teen parenthood is categorically a ‘bad’ thing, but definitely not for me.

Live crazy, then simplify.  Kinda contradicting my last point about not becoming boring when I’m older, but I think a boring life and a simple life are two completely different things, don’t you?  Anyway, I wanna try a bunch of things and explore a bunch of avenues so that I can later select my favourites to pursue.  That’s the simplifying bit.  I’ll probably be around 90 by this point, but I’ll keep it in mind.  Just don’t wanna feel like I have to cram a load of missed ‘experiences’ into my later years.

Be outdoors as much as possible.  Like with travelling, what a waste it is to be indoors all the time!  I’m typing this from our patio with my deckchair angled just so that I can see the screen.  Don’t wanna waste a second of this sunshine.  Obviously the sun ain’t always shining round here (we should be so lucky), but I’m up for wrapping up warm and getting out and about in the chilly months, too!  So long as it’s not chucking it down or blowing an almighty gale, I’m up for it.  Wind just pisses me off.  I’ll take my cosy indoors on those days, thank ya.

I’ve lost track of how many lists about the future I’ve written on this blog now.  They’re fun to write, ok?  Link me some of yours!