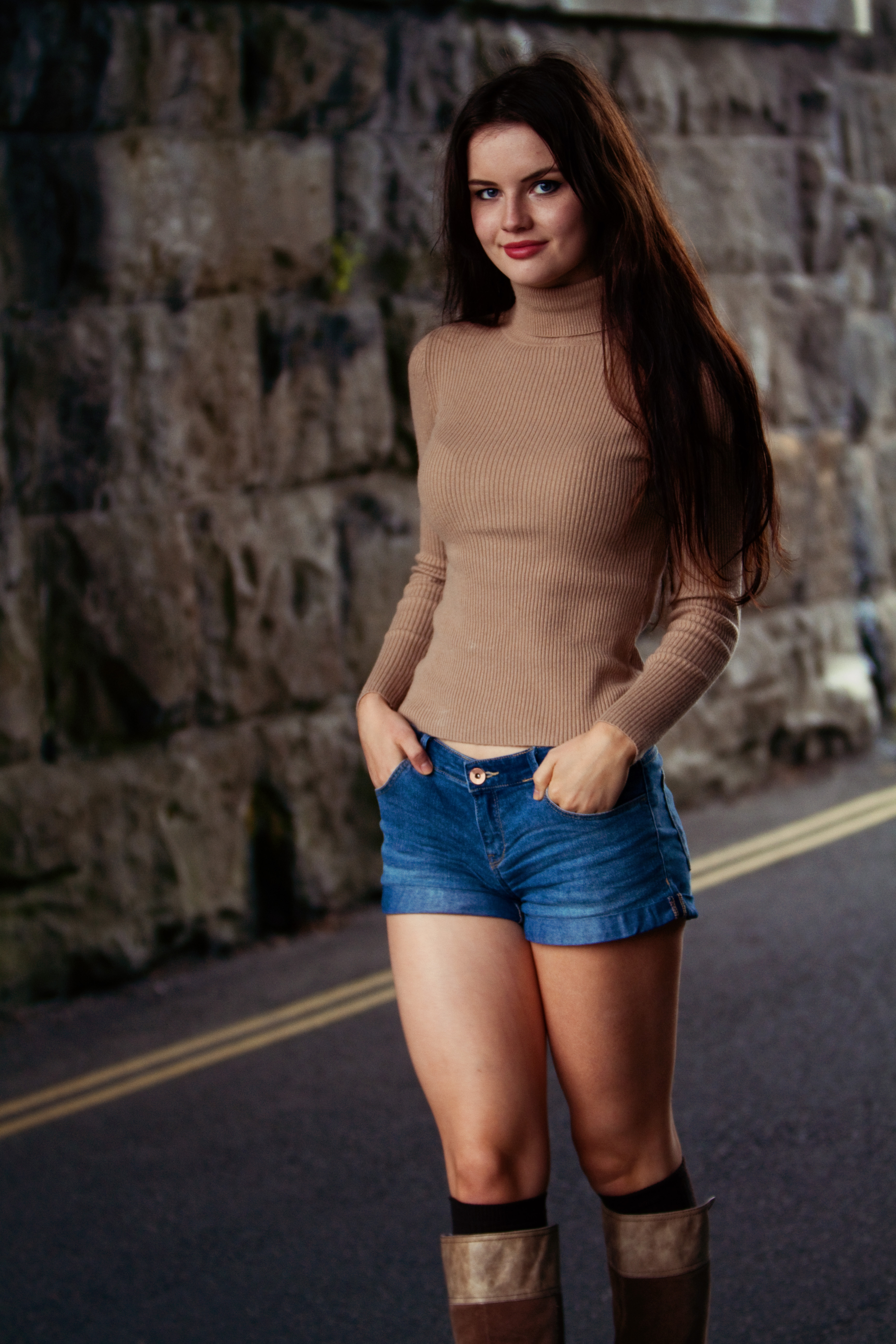 Hello from our cosy little Lake District cottage again!   I bring you an #ootd that didn’t come out as I’d imagined.  Cosy jumper, socks and shorts worked pretty well in my head.  Just looks like I’ve mixed my season up really badly though.  England’s done the same with the 3 seasons within half an hour so I’m just rolling with it!  And seeking refuge under a railway bridge when the heavens open the minute a camera comes out, obviously.

As a sidenote, I am liking the jumper though.  Nice shade of beige just dark enough that it doesn’t just look like ribbed wrinkly skin, which is always good.  Nicely slim but not strangling.  Polonecks can be claustrophobic, y’know?  And now I’m waxing lyrical about clothes that aren’t even exciting in the slightest.  It’s a beige poloneck and life doesn’t get much more boring than that. 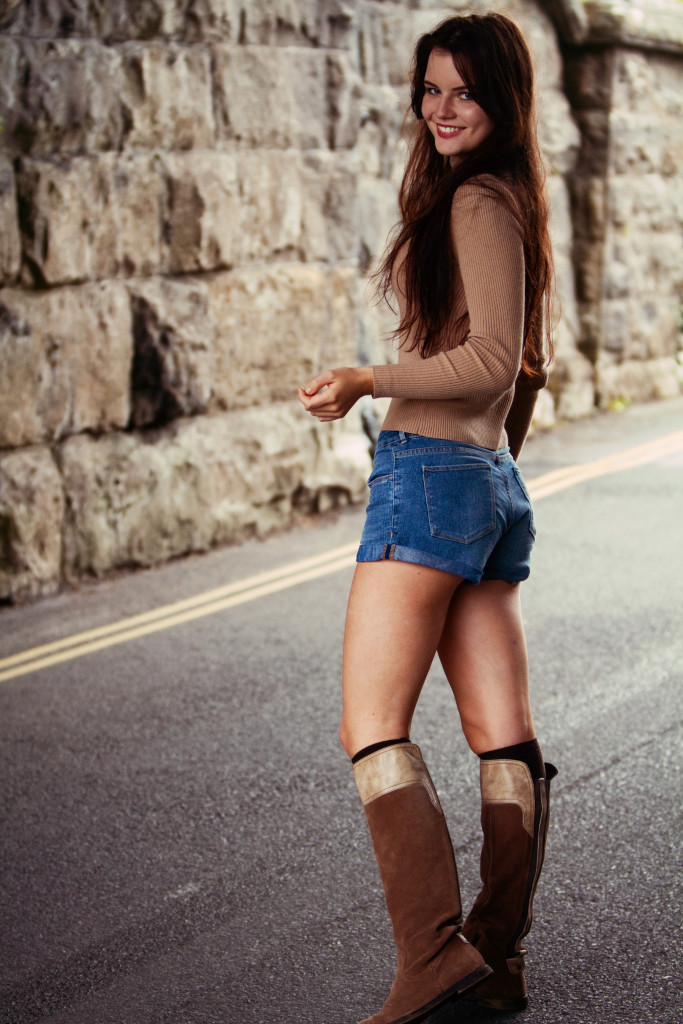 Smiling ’cause pizza for tea, followed by Ben and Jerry’s.  No shame.  I chose quinoa salad from a bakery the other day – I deserve it!  Today’s been a pretty chilled day (as you can perhaps guess from the lack of practical outfit) but safe to say I’ve made the most of the outdoors during the last few days!  Including lots of water.  Like, lots.  Also *almost* including a journey in the back of a postman’s van, but more on that another time!  OK so we had absolutely zero phone signal and no way of contacting home to ask to be picked up, so the options were either ask to borrow a stranger’s house phone or take up the postman’s offer of a lift, basically.  Nothing personal against the postman, but we opted for the telephone.  And that’s one of the stories told.  Safe to say yesterday was probably both the least glamourous, and funniest, day I’ve had in a while!  All has been documented, don’t you worry.  I’ve had my hands on a GoPro for the week, you see. ;D  It’s been my baby.