working with male photographers as a young model 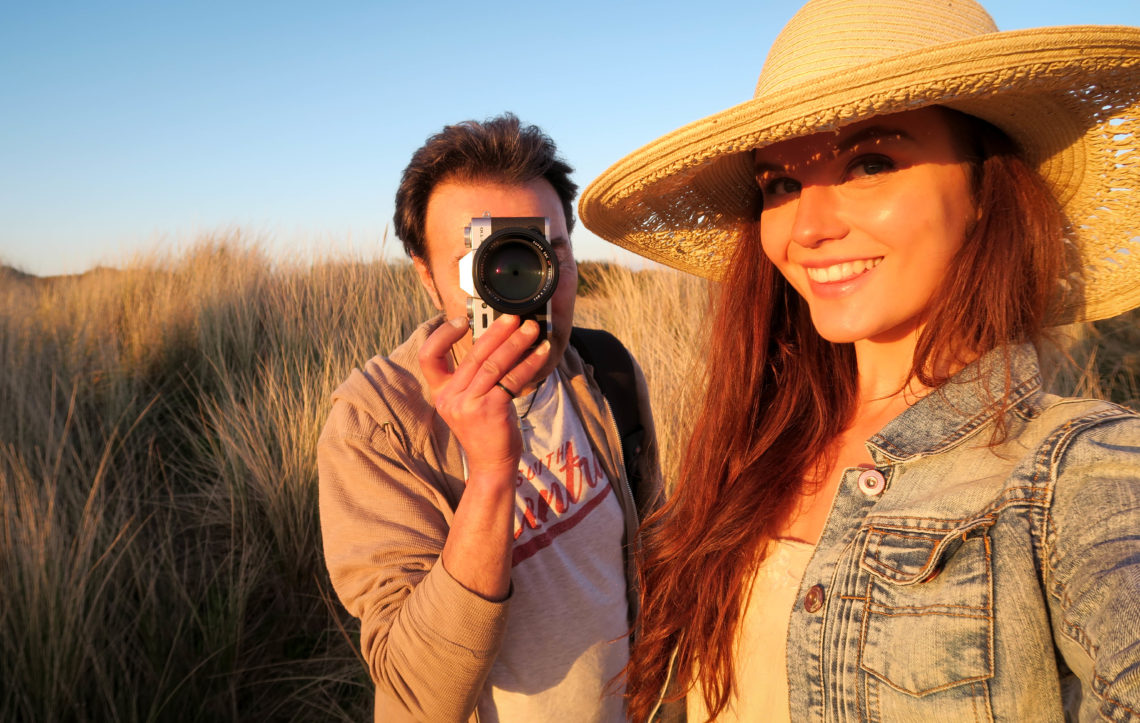 I’ve touched on the topic of modelling before when I shared 12 things I learned in my first year in this industry, but there’s one particular part that I thought deserved its very own post.  Until last year the only photographer I’d worked with was my mum (save for school photos and those ‘baby in a plantpot’ portraits in 1998, anyway), which was great for blogging, but starting modelling obviously meant working with a variety of people and shooting different styles of photos.  And now I’m prancing around in my underwear and shooting with male photographers on the regular.  Which leads me on to the topic I want to chat about today… the minefield of being a young model working with male photographers, and how to navigate it.  Because let’s face it, this really is a minefield (especially when scantily clad photographs are involved), so I wanted to discuss the topic with one of my favourite photographers who I’ve worked with a few times now, Yosef.  By that I mean, I picked his brains whilst en route to the beach for an afternoon of shooting swimwear, not exactly a formal interview, but the points are still relevant.  So here we go, how to navigate the minefield, and how it is possible for young models to work with male photographers without feeling the slightest bit uncomfortable.

I feel I should probably say that so far I’ve been lucky, and haven’t had any negative experiences.  Ridiculous that I should consider this lucky and not y’know, the norm, but that’s how it is.  In recent months many photographers all over the world have been ‘outed’ with tales of sexual exploitation and predatory behavior coming out in the open, and sadly it’s nothing new.  Along with the #MeToo movement came reportings of sexual abuse and misconduct from photographers, with even the ‘greats’ that have been held in high esteem for so long having their true colours revealed.  Mario Testino?  Bruce Weber?  Outed for what they really do.  A meme Instagram account, @Shitmodelmanagement, actually put together a public database of photographers who had reportedly taken advantage of their position to varying degrees, and it really is scary to see just how bad the issues in this industry really can be.

I could go on and on ranting about how vile some of the stories are, but for today I’ll keep it to personal experiences, because like I said, I’ve had only positive ones. 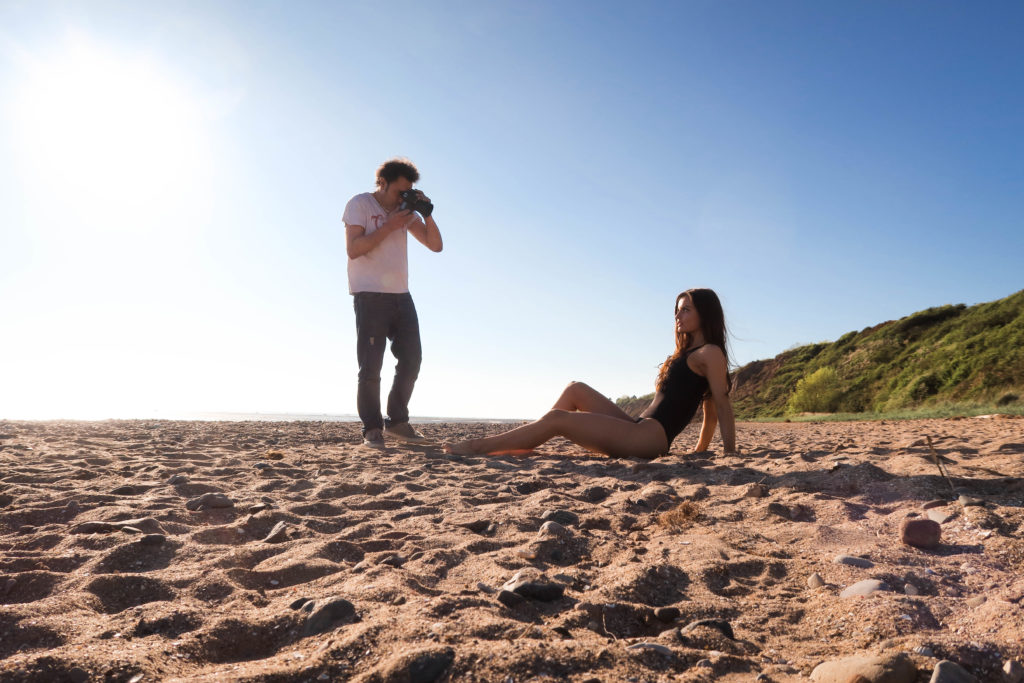 In the days of most collaborations starting with an Insta DM, being selective about who you work with is the obvious place to start.  There have been many occasions where I’ve received messages from photographers asking to shoot, when their portfolio shows absolutely zero evidence of any kind of portrait photography.  Impressive city scapes or product shots maybe, but nothing that would fit in a model portfolio.  Often it seems like they think ‘Well I have some good landscape shots on my page, so I’m clearly a good photographer, so let’s message girls to meet up and shoot‘.  Obviously I’m being presumptuous there and I may be completely wrong, but that’s certainly how it comes across.  Knowing how to make a building look cool certainly doesn’t guarantee they’ll be able to do the same for a person.  ‘I don’t have much experience shooting people yet but want to start practicing‘ doesn’t really cut it.  Practice with your friends, or rope your sister in whilst you get the hang of it, but don’t try to persuade somebody you’ve never met.  In these instances you can never be too careful, and personally I think it’s better to miss out on potentially amazing shots and be safe than arrange to meet someone you’re not sure about. 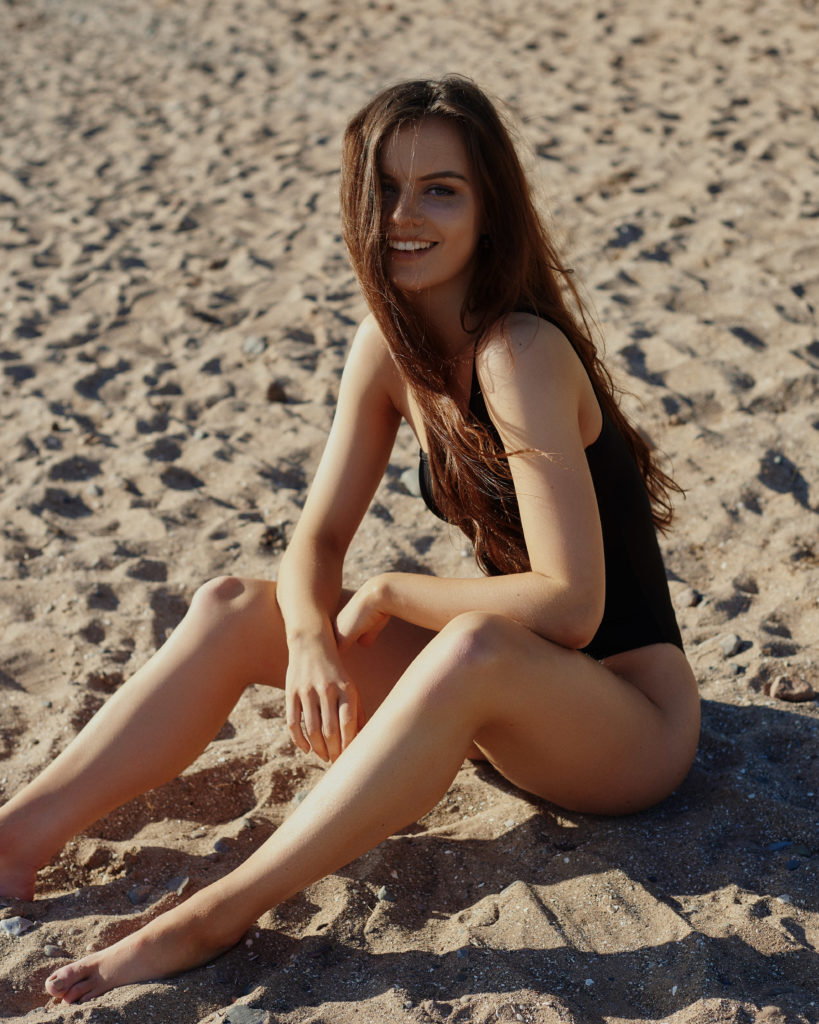 The whole photoshoot experience massively depends on the attitude of the model too.  If the moodboards agreed on feature both clothed and lingerie shots, then say which underwear you want to shoot in and where, and give some direction yourself.  Yes the photographer has more creative control, but you can still contribute.  The best collaborations are a two way street.  I can see why male photographers are put in an uncomfortable position if they have to say ‘… So are we taking some underwear shots now?‘ (only if you’ve agreed that beforehand OF COURSE) – whereas if the model says ‘OK I’d like to shoot this underwear set with this background, shall I go change?’ then there’s no awkwardness and all is fine.  Yosef agreed with me on this one, that sometimes photographers end up in an awkward position where anything they say could be misconstrued.  He said that as a photographer you need to know when to stop: if you can tell a model feels uncomfortable, then even if they’ve said beforehand that they want to do underwear shots etc, just don’t do it.  It will show in the photos and won’t look right anyway, so there’s literally no point.

I guess the main point here is to agree beforehand what level you’re comfortable with, because every model is going to be different so it shouldn’t be left to guesswork.  For example I’m definitely not up for actual nude photos or anything that looks too sexualised, but I’m happy shooting ‘implied nude’ with strategically placed arms or a bit of sideboob showing.  Some girls will want to show less, some will be happy going completely starkers, and that’s entirely up to them.  And if anyone tries to pressure you into something you’re not comfortable with?  For the love of God report them, to your agency, to the police, to other models, everyone.

The only time I felt slightly uncomfortable during this whole shoot?  When a group of girls drinking on the beach started shouting ‘fuck off making us feel shit about ourselves’ to me.  Always nice when strangers shout at you to eff off, isn’t it?  That one’s a topic for another time, anyway.

I know this post is pretty niche and won’t be directly relevant to most of my followers, but hopefully it’s of some interest regardless.  It’s hardly like this is the only industry where young people are taken advantage of sadly, unfortunate as that may be.  Modelling is (hopefully) going to take up a bigger chunk of my life from now so it would make sense for it to crop up on the blog more often, so if there’s anything you’d like me to share/chat about, give me a shout.  And on that note, I’m off to put together moodboards for another swimwear shoot on the beach!