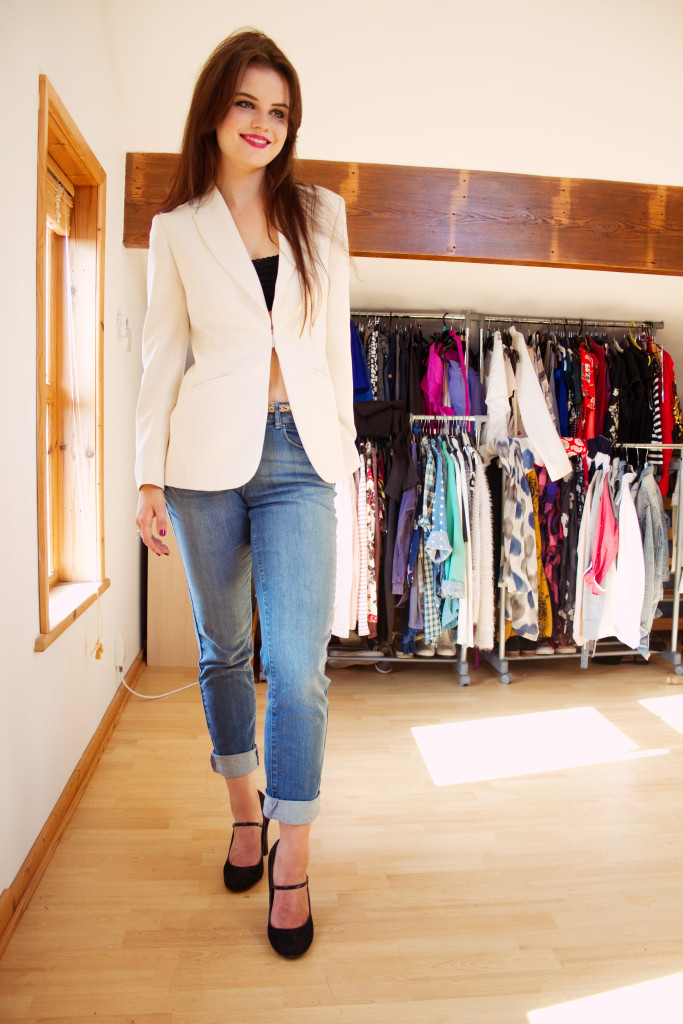 Two years of blogging, whattt?  Rather than attempt a twist on achievements or ‘what I’ve learnt’, I thought I’d combine a roundup / reflections / plans / tag post into one, since both Bash and Rachel tagged me in the ‘Blogger Interview Series’.  Accompanied by photos of an outfit that I don’t have an outfit post’s-worth of words to say about.  Jeans are my new favourite ‘girlfriend jeans’ from TU at Sainsbury’s of all places (supermarket clothes ain’t half bad sometimes!); blazer is an oldie; shoes are Saskia’s that she foolishly left at my house so I’ve adopted them for now.  That’s all you need to know.  So yeah, thought I’d kill 4 birds with one stone and put together a jumble of blog related thoughts for you to peruse this Tuesday morning! 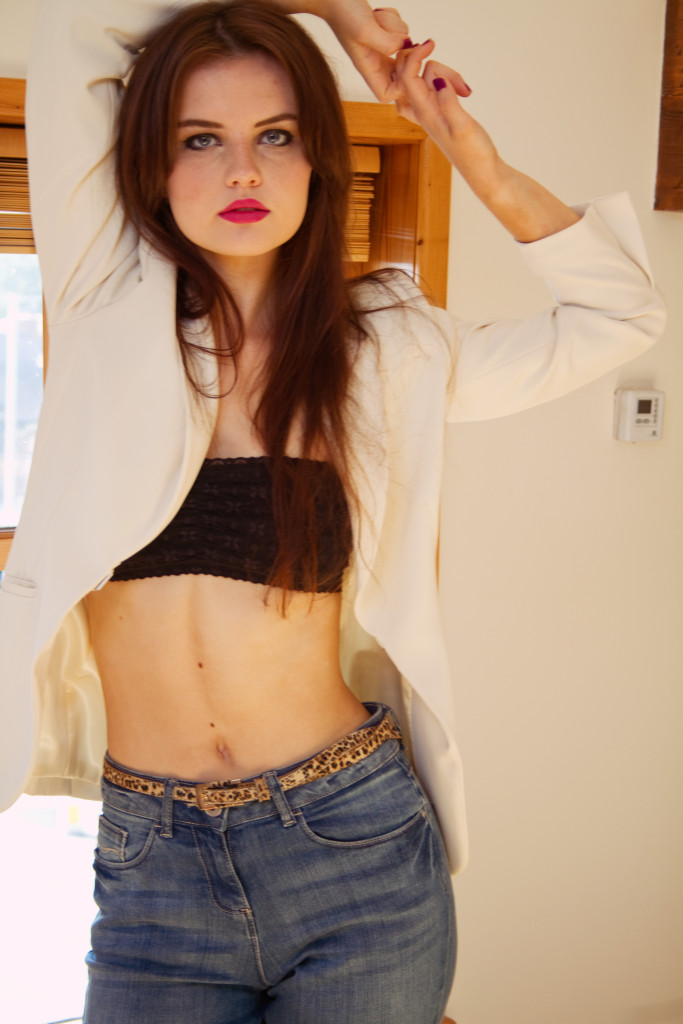 Without further ado, my long winded answers to the tag:

How did you get into blogging?

I inherited a blog, basically, so we were off to an unconventional start!  I took over my mum’s blog after it had been lying dormant for a long while and it seemed like a cool thing to do.  I was 15 at the time and the blog already existed so why not. 🙂  I’ve recently answered a Q and A over at StyleICan with some overlapping questions, so go check that out here!

What advice would you give to a blogger just starting out?

Just write the way you talk!  It took a while for this to twig with me.  I’d be struggling to think how to phrase something, then one day I had a lightbulb moment and realised that I should just try saying something out loud and write that down.  Makes life so much easier. 😛  At the end of the day you’re not writing a blog for the same reason you’re writing a college essay or report for work or whatever – you’re writing it because you choose to.  Some people might naturally write in a more formal style and if that works for you then YOU GO MISS/MR FANCYPANTS, but personally I find it so much easier to keep things casual.  More fun that way!  In summary: find your voice (and other cheesy clichés) – don’t try to put on a ‘voice’ that doesn’t suit you because it’s just not sustainable and you’ll enjoy blogging a whole lot less.

Oh and another point – social media is as big a ‘thing’ as your blog itself!  I’m far from a maestro on any platform but it does make sense to open up as many avenues for people to find your blog as possible.  So don’t delay hopping on that bandwagon – it’s a great way to start connecting with other bloggers as well as sharing your own stuff.  This seems like the most obvious and lightweight piece of ‘advice’ imaginable, however it certainly took me a while to truly realise the value of social media for blogging!  I wouldn’t say that having an Instagram theme is paramount (mine isn’t particularly themed) but maybe try to develop some kind of consistency throughout your blog and social media.  It just makes your image more recognisable. 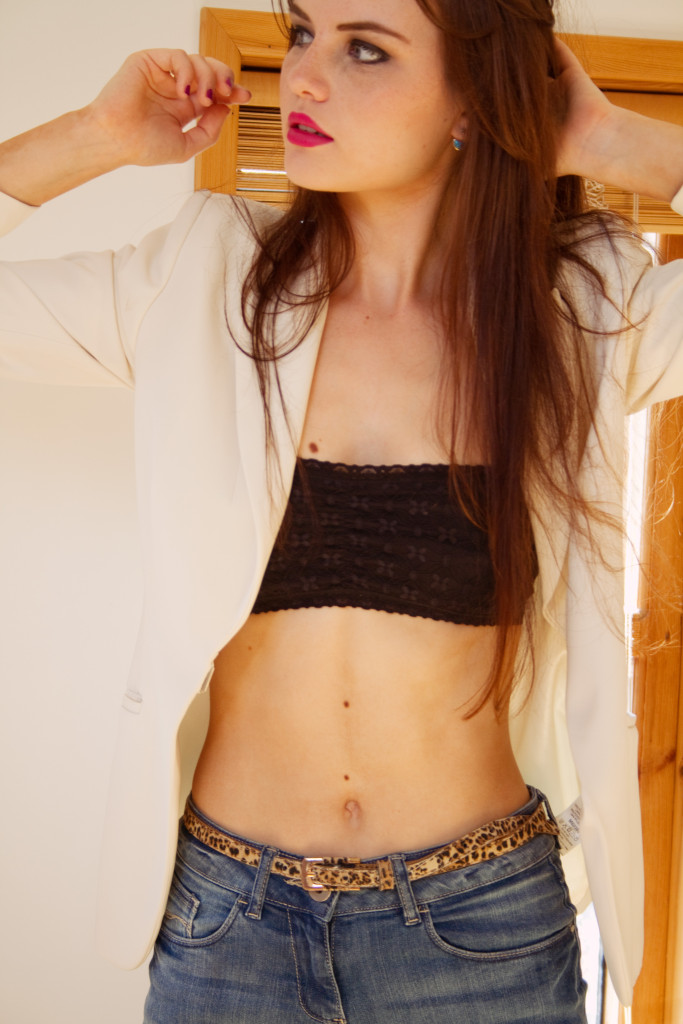 Do you have a plan for your blog?

Now this is the part that’s most relevant to my 2 year blogiversary – where I want to take it in the next 2 years!

In short, I just want to keep going and see where blogging takes me.  That’s my general thinking, but I do have actual ideas too.  Just not a clear plan of I want THIS by THEN ’cause that seems like a recipe for disappointment.

I’ve really enjoyed writing about my experiences and trips this year so I’d like to continue that for sure.  Outfit posts will always have a place on this blog – I make too much of a fuss over clothes to keep to myself – but I don’t want Joli House to be solely a personal style blog.  I don’t want it to be a solely anything blog really; the more topics, the better!  This year I’ve just dipped my toe into the travel/experience blogging waters and I’ve absolutely loved it, so in an ideal world, that’s part of the bloggy plan.  Fingers crossed. 🙂

I don’t wanna become too ‘slick’ and editorial because I’m just not a sophisticated enough kinda gal to keep it up, but I do want to up my game and become slightly more consistent.  I’m in the process of playing around with the layout to make the site more navigable too – with my current layout older posts tend to get buried once they’re off the front page, so I’d like to find a better system.

In terms of progress and expansion, of course I’d like to grow Joli House.  It’s already a big part of my life and I’m sure it’ll continue to be in the future.  Is ‘Full Time Blogger’ my ultimate goal?  Probably not, as I’ll be (at least) a part-time student for the next 4 years, but I would like to take blogging seriously.  I’ve recently joined Handpicked Media, so that’s a step in that direction!

What would be your dream campaign?

One that involved travelling!  I like it when campaigns have bloggers doing something a little more unusual.  This kinda links to my blogging plans; my dream campaign would be to be invited somewhere cool with a whole load of new exciting experiences to try.  I’ve seen a few of those around where a blogger / few bloggers have been invited on a trip with a bunch of people they’ve never met before and have really bonded whilst travelling.

That’s my dream campaign from a purely selfish point of view – what I’d like to do!  The question asked about dreams so I think that’s allowed. 😛  I’d also really love to be involved in something bigger though, like a campaign working for charity or awareness or generally making a positive impact on the world.  The impact I’d be able to make might be minuscule, but worthwhile nonetheless!

What do you think about rankings?

I’m guessing by ‘rankings’ we’re talking followers/stats etc. here.  Of course they matter!  Well, in the grand scheme of things (aka LIFE) they don’t ‘matter’ unless you’re trying to make a living blogging, but they’re a way of knowing whether people like what you’re doing.  Thing is though, blogging is evolving so quickly that one set of figures might be the most important one month, then before you know it brands are looking to another set of numbers to determine your worth.  Bloglovin’ followers were once the key metric we’d probably look at, now it’s probably migrated to Instagram followers.  Where next, who knows!  There’s a reason bloggers are now often coined ‘Influencers’ instead: blogging doesn’t stand alone any more, and social media following is at least as important.  Perhaps social media is gonna completely wipe blogging under the carpet in the near future.  I seriously hope not!

As for blog stats, they’re a pain for making you feel disappointed when a post you thought would be received well just isn’t, or when you’ve done nothing differently to usual but suddenly your pageviews drop.  There’s no predicting people’s whims, that’s probably the moral of the story.

Questions answered!  Since I’ve interpreted this tag pretty loosely anyway, feel free to tag yourself and add your spin on the Blogger Interview Series. 🙂

Today I can finally explain the exciting opportunity I’ve been banging on about, too.  I’ve recently been appointed as an Ambassador and Vlogger for Tomorrow’s Engineers, so that’s the reason for the London trips!  Tomorrow’s Engineers is managed by EngineeringUK and aims to inspire young people – particularly girls – to take an interest in STEM (science, technology, engineering and maths) subjects, and raise awareness of cool engineering careers as a whole.  I’ll be going to all sorts of places and making vlogs, so more of that side of Lily on YouTube and Twitter,