‘nice to meet you, have a nice life!’ 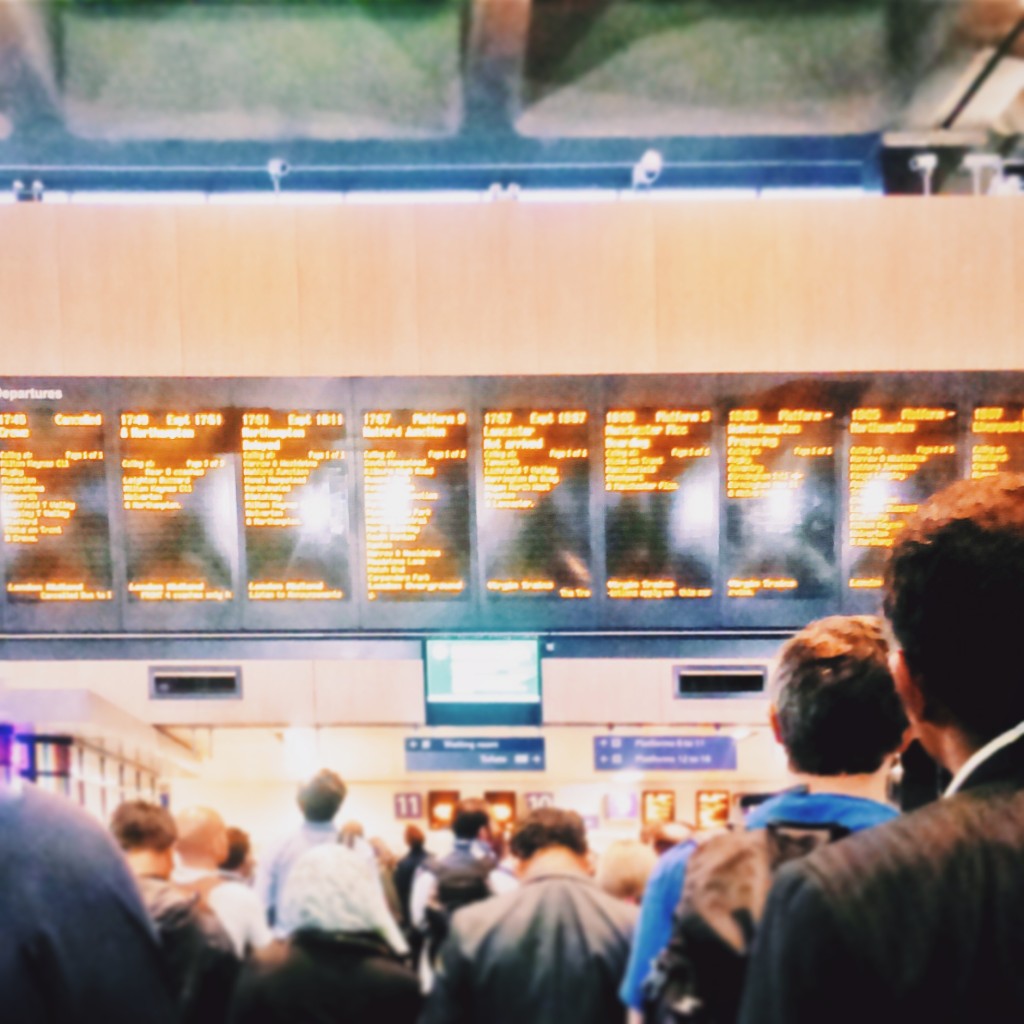 ‘Nice to meet you, have a nice life!’ he said as we pulled into Lichfield station, just over an hour into the journey from London. We’d chatted on and off since boarding.  My day had gone smoothly relative to his, what with cancelled trains and downpours sans umbrella, almost-missed meetings and a not-very-happy ticket conductor.  One Of Those Days, by the sound of it.  Thankfully, mine had been good and hassle free.  We were seated on opposite sides of the table, and evidently both thought that an hour facing someone would be incredibly awkward in silence.

It’s funny how in these situations we rarely (if ever) exchange names let alone a means of contact, so it’s almost definite that you’ll never see nor hear of them again.  That’s why I find the goodbye so interesting – just a good luck for life in general.  I think ‘have a nice life’ has to be my favourite so far. 🙂

Also kinda funny how we can end up asking strangers pretty big questions about what we want from life, don’t you think?  We ask about their day, then about their life.  Never mind the trivialities.  It’s like that half an hour is a life summary.  Not often, but in the past I’ve listened to a stranger on the bus telling me their life story from start to present and I’ve loved that they’ve wanted to share it with me.  Some people just enjoy storytelling to any willing listeners, I guess.  I’d like to lead an interesting life to tell a younger stranger about one day!

Naturally conversation turned to London and he – as a few others have already – asked if I wanted to move there.  Some just assume everybody dreams of living in London one day, which I find kinda strange.  Anyway, this time we both agreed that we don’t really fancy it full time.  Don’t get me wrong, I love the London buzz in small doses!  I just think it’s most fun in exactly that: small doses.  Neither of us had the energy to keep up with the pace full time.  Luckily the company I’m working with couldn’t be lovelier and everybody is so friendly, but a big city is always gonna be a completely different environment!

Weird as it sounds, I do really like talking to strangers.  I’m not advocating all 17 year old girls talk to strangers in unfamiliar places because I’m not an idiot, but it’s kinda sad that we’re taught to be wary of each other, don’t you think?  Sad that the number of scary stories we hear means we often err on the side of caution.  Sad that we sometimes assume people have an ulterior motive when really, they’re just up for a casual conversation.  I’ve noticed that some elderly people seem wary of teenagers, and that makes me sad too.  Those stereotypes, eh?  And now I’m sounding incredibly morbid, oops.  Wouldn’t it be lovely if we didn’t have to be so afraid of each other though?

I realise some people just like their travelling time to be silent and listen to music or simply zone out from the world. And that’s fine. I’ll leave them be. Boring people. 😉