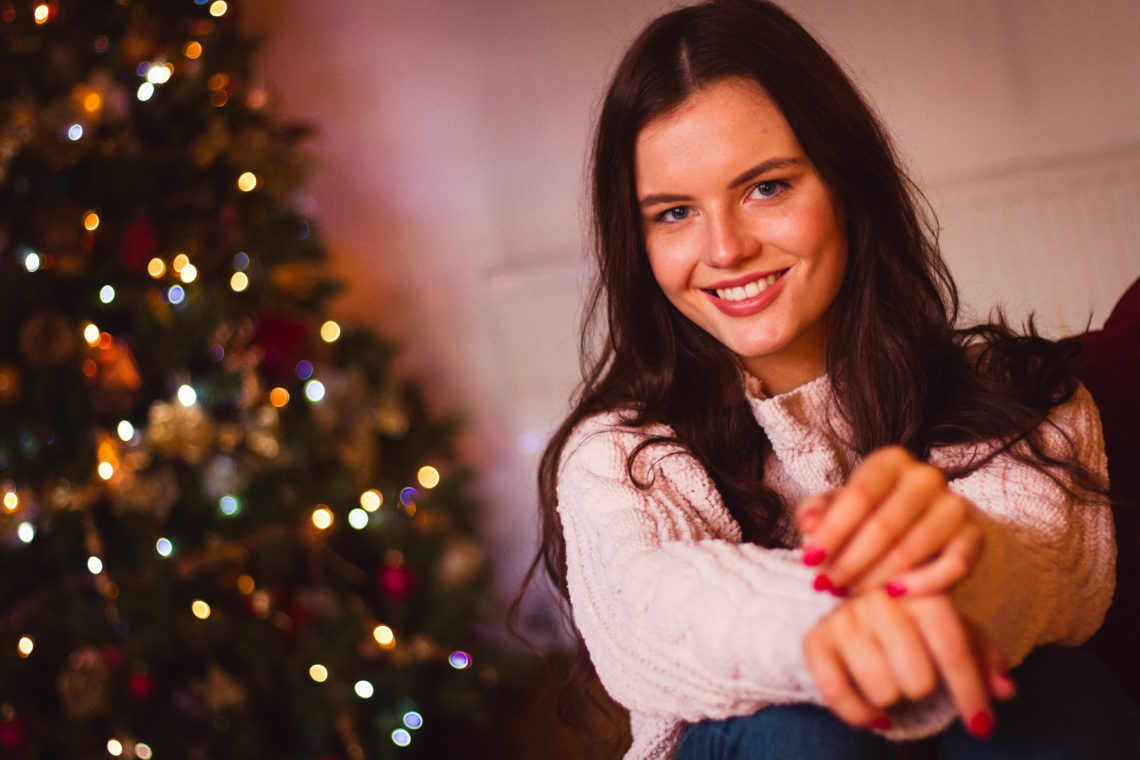 It’s Friday night, the 22nd of December, and I’m watching The Holiday on the sofa by the Christmas tree.  How very festive.  I’ve never watched it before (sinful, I know) so I’m just hoping it lives up to the hype and becomes my new favourite Christmas film.  Shall give my verdict later before I go wrap some pressies and maybe eat a mince pie.

Today I’ve decided marks the start of my Christmas holidays so when better to share a few festive snaps right? – I don’t have an official end of term or last day at work so I’m just gonna go with it.  I mean, I finished modelling jobs and uni deadlines/tutorials last week but still had 286 items on my to-do list this week.  If I’d been super organised and hadn’t turned into a procrastinating mess over the last few weeks then maybe I’d find it easier to call it quits, but sadly this gal is still kinda playing catchup.  Unless I want to start January stressed and already behind (can’t think of anything I want less tbh) I’ll have to hit the books at some point, but I can categorically say there’s about a 0.002% chance of any getting done before Christmas now.  So I’m going to take the very sensible approach of not even trying and just forgetting that it exists.  Wish me luck come January. 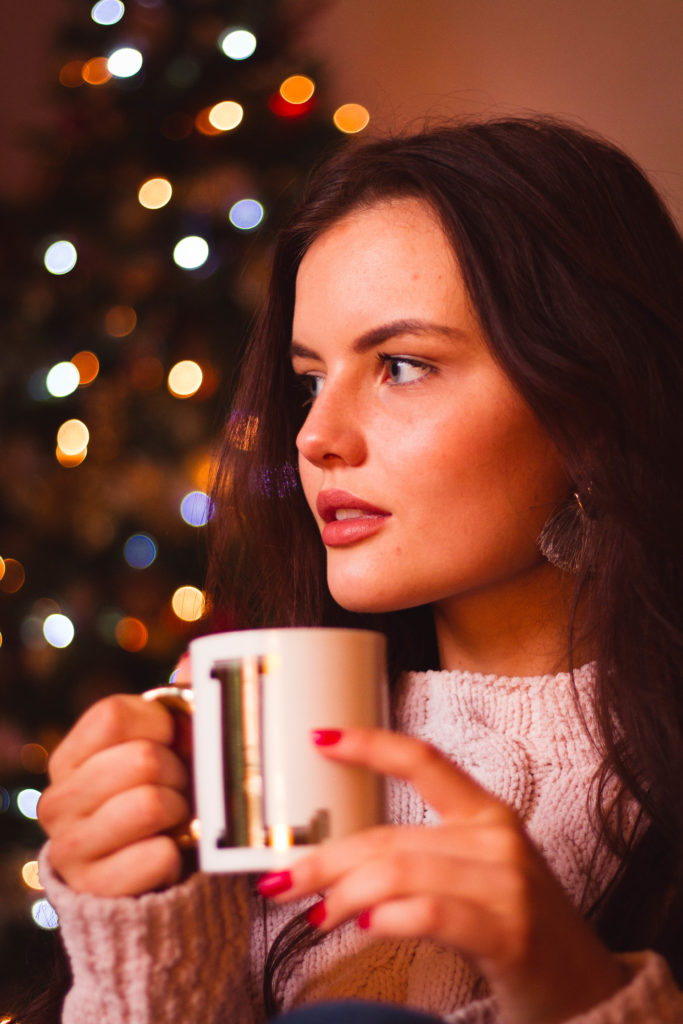 In a Pinterest world all the wrapping would have been done weeks ago ready for the cat to sit on under the Christmas tree, but funnily enough life is definitely not Pinterest (I wish) and I’ve only just started.   By that I mean I’ve wrapped a grand total of one present – it’s a start, right?  We’ll probably be making 26 more trips to the hellholes that are supermarkets and retail parks for more food and presents that we’d forgotten about over the next couple of days anyway.

There’s no denying that Christmas can end up feeling like one giant faff (what with the 26 trips to the supermarket and that), so I thought it wouldn’t be a bad idea to list the traditions that make Christmas special before getting my knickers in a twist.  I’m very, very lucky that Christmas for me is usually a nice family state of affairs in casa del France, and these are a few of my favourite parts.

— Opening the same stockings that my mum and dad made by hand when we were little. No other stockings would ever ever be right. These days stocking opening time involves a more chilled brew beforehand rather than legging it down the stairs in excitement, but I love that the stockings have stayed the same.

— Adding a couple of new decorations to the tree every year alongside the ones that have been kicking around since the year dot (aka. angels made from paper plates by my 4 year old self). A couple of sparkly reindeer were this year’s addition. Ain’t they cute. 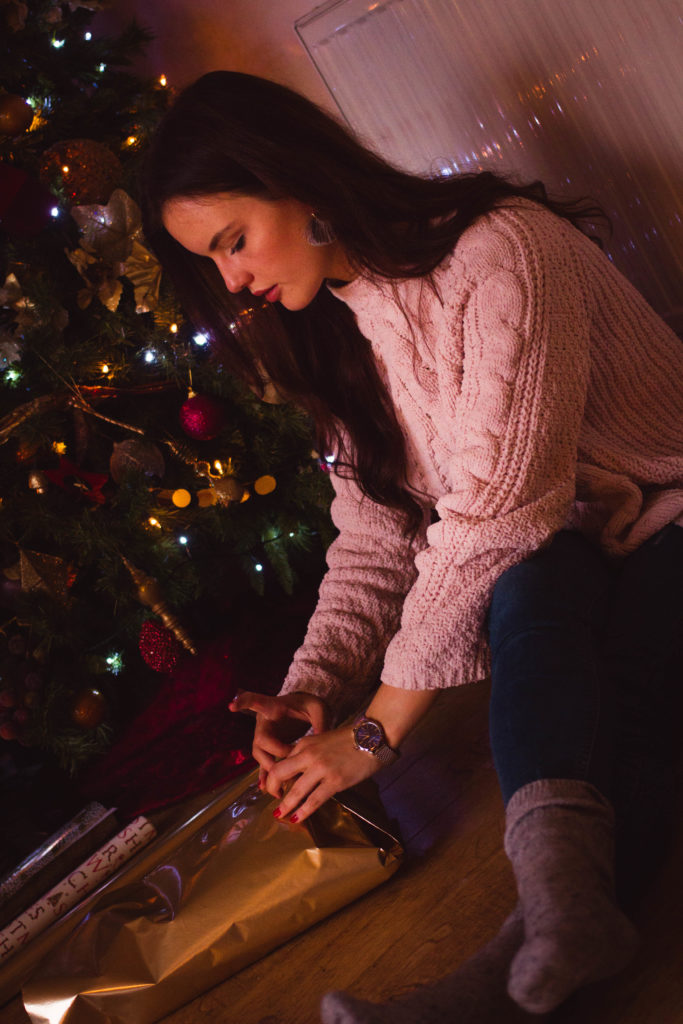 jumper: M&S (available in baby pink, cream, navy & dark grape) (yes I want one in every colour) (yes it is the squishiest jumper ever) 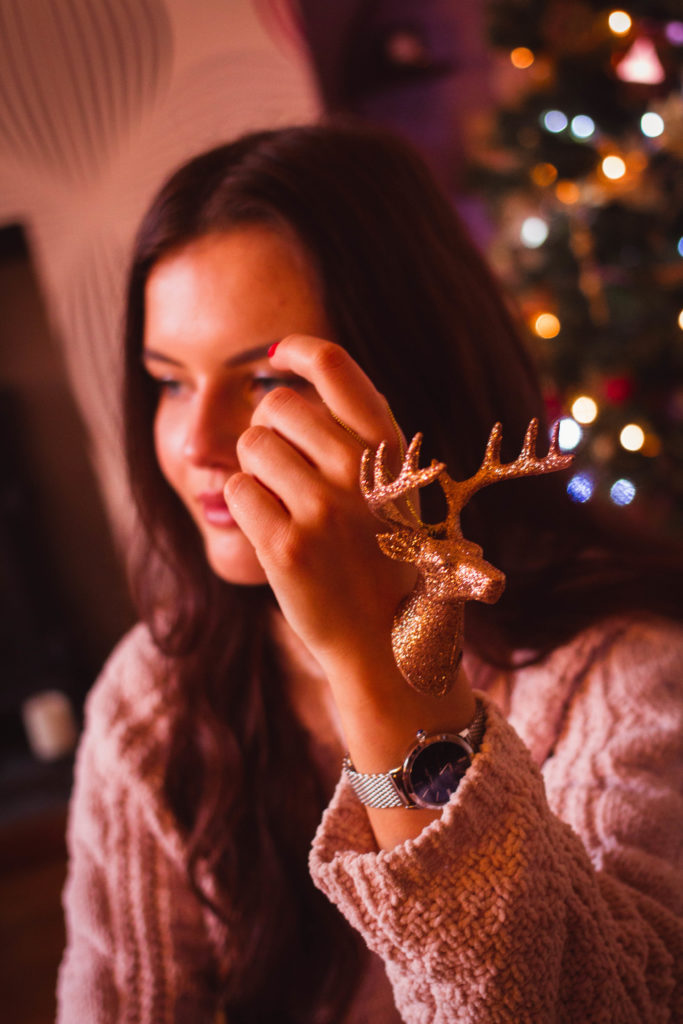 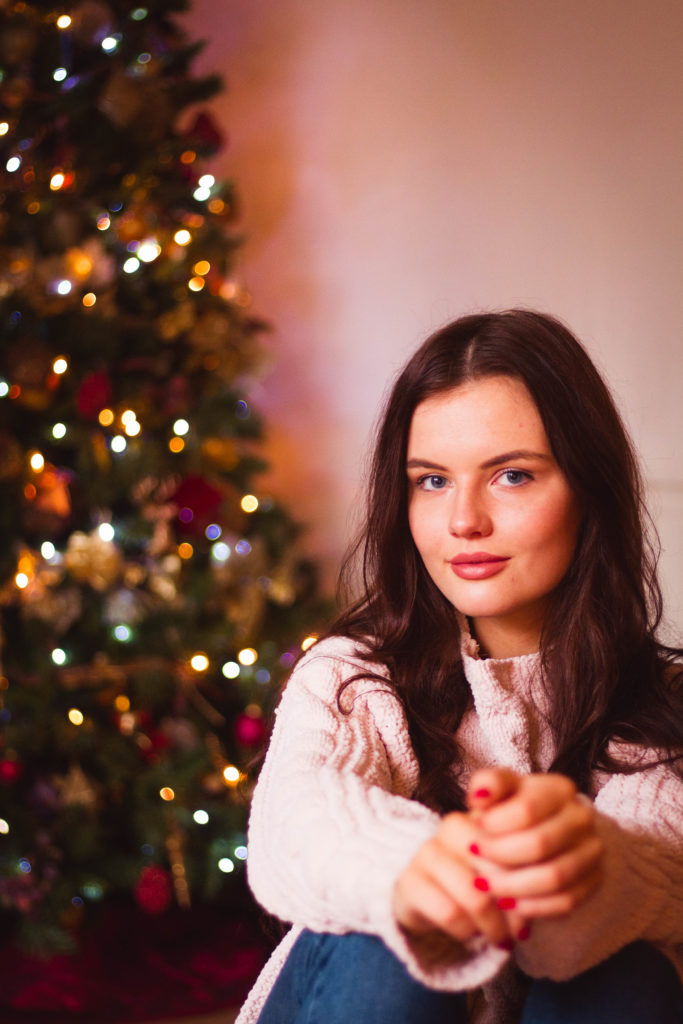 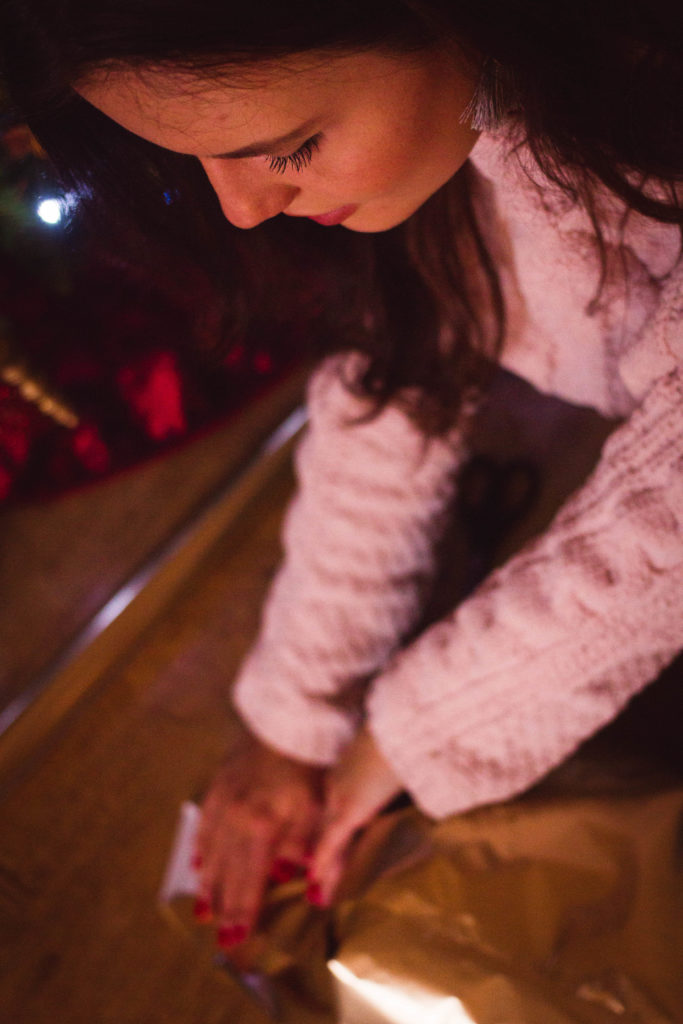 Just without the bells tucked inside so my mum and dad could hear if we were tampering with them in the night.

— Finally eating the snacks from the box of ‘food for Christmas’ that is not under any circumstances to be eaten from before the 25th (or maybeeee Christmas Eve at a push). That box is not to be touched even if the alternative is sawdust, and somehow that makes the Pannetone taste 10 times better. Any surprise that the majority of these traditions revolve around food? 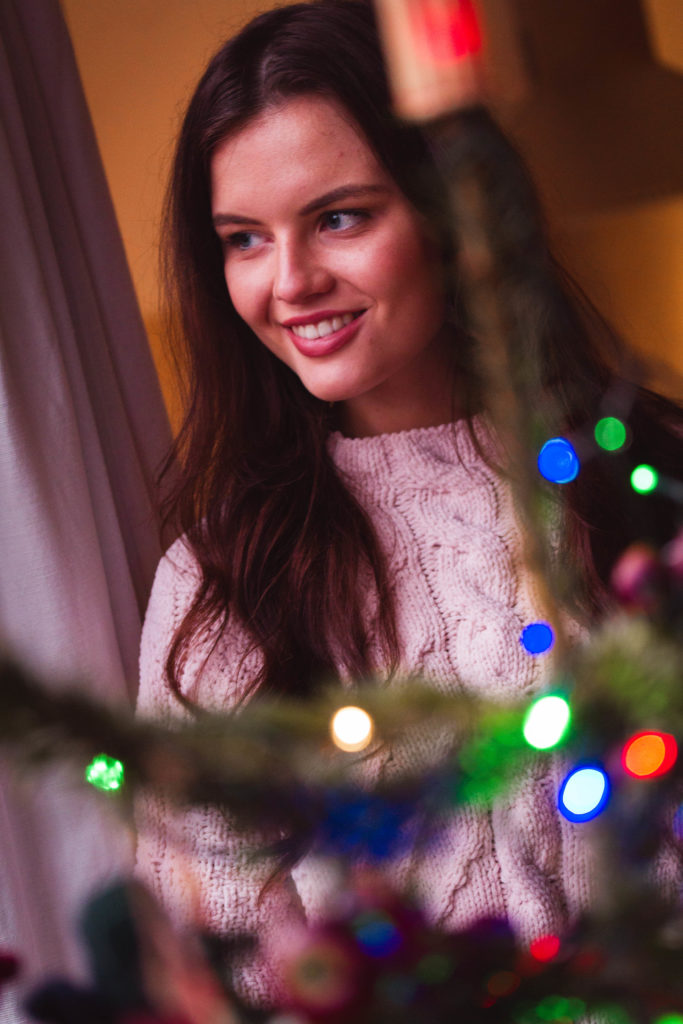 — Spending a few hours rotating between chatting, helping out in the kitchen, flicking through new books and drinking either tea or wine.  I love that the whole purpose of the day is to be with family and chill the hell out.  I’m so used to always feeling like I *should* be doing something more productive that I love how on Christmas day there’s no (self-imposed) obligation to whatsoever.  Chill, eat food, and that’s it.

— Making the veggie parcels wrapped in bacon.  Not everybody has them on their Christmas dinner plate but oh they definitely should.  Chopped up little pieces of vegetables wrapped in streaky bacon and glazed in honey and soy sauce – honestly I’m so excited already.  It’s been my responsibility to whip these up for a few years now and that’s a responsibility I’m happy to take (whilst I’m not quite ready for the pressure of getting gravy right, that is). 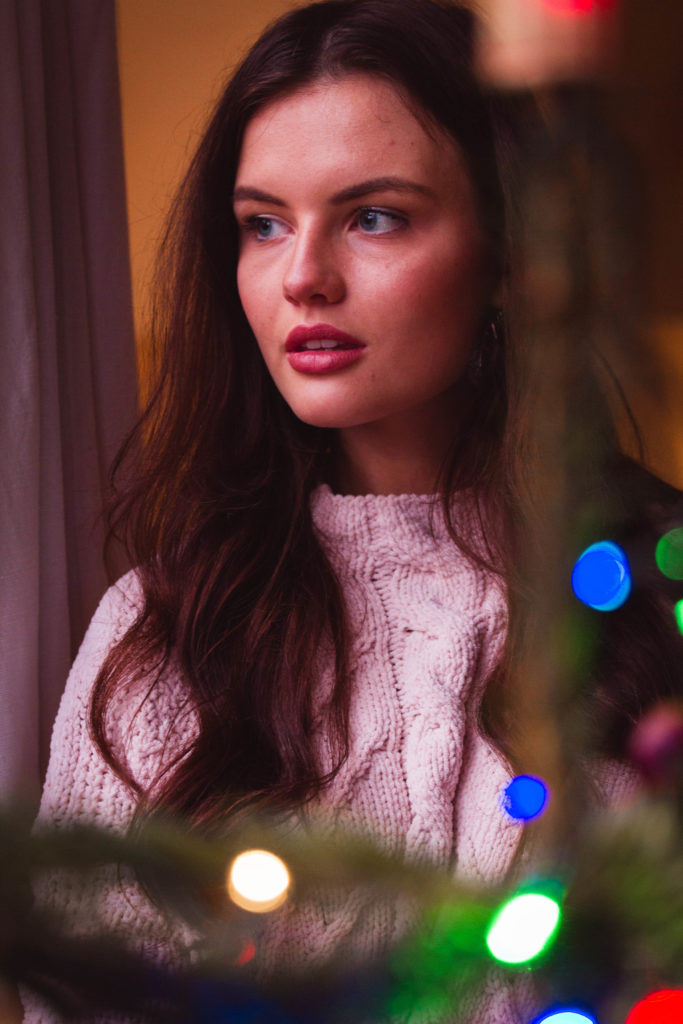 I don’t know whether I’ll check in here again before the big day so if not, merry Crimbo to those who celebrate, and have a jolly weekend to those who don’t.  See ya soon, have a good one! 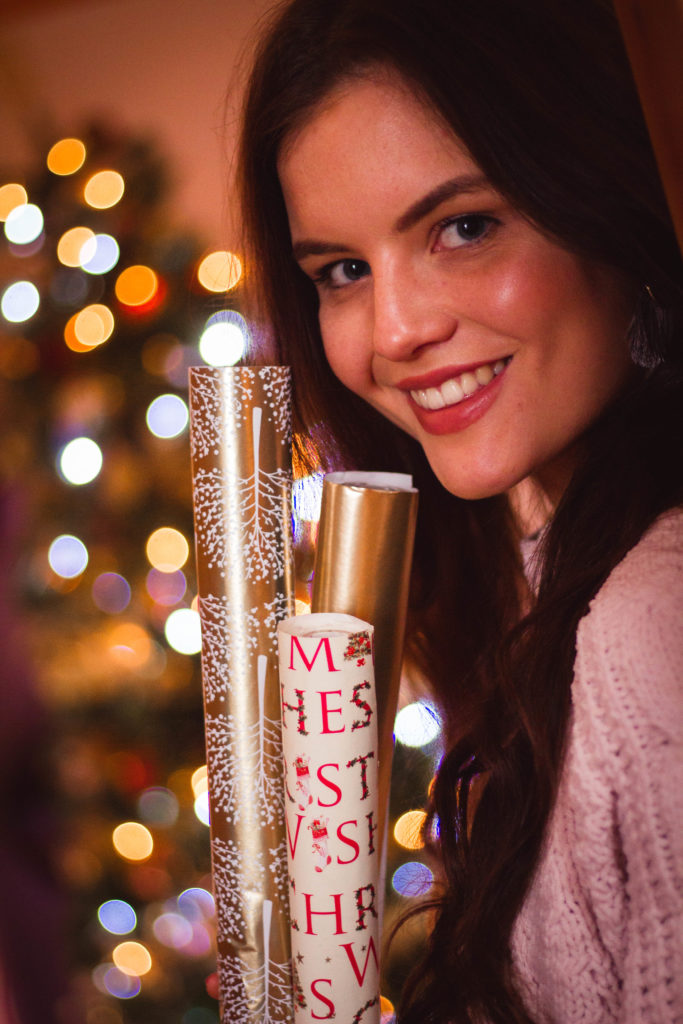 PS. Verdict on The Holiday: cheesy AF but also cute AF and if you can’t have a bit of cheese at Christmas then when can you.