my 5 minutes on BBC radio 4 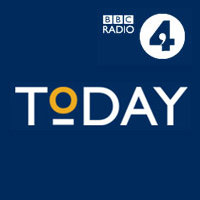 Not often a day begins with heading to a BBC recording studio!  Any listeners of the Today programme may have heard little Lily saying on Radio 4 just before 9 this morning.  Exciting, I know!  For 5 minutes I talked to John Humphrys (yes, that one!) on the topic of ‘Can school uniform be cool?‘.

I didn’t realise this radio malarkey happened so quick!  This time yesterday I had no idea; a couple of emails and phonecalls from a BBC producer later, and at 8am I was in a taxi en route to the nearest recording studio in Blackburn.  Tis madness!  Luckily I don’t think I said anything too daft on national radio, which is a miracle by my standards.  7.18 million listeners, Wikipedia tells me!  And they wanted me to talk?  Even just for 5 minutes?  Wowza.

You can listen to the clip here.  Obviously I had no prior expectations – having done nothing of the sort before – and the whole shebang was actually really simple.  Sit in studio, put headset on, listen to programme, talk when asked something.  Tap fingers ferociously on table when told “you’ll be talking to John Humphrys in one minute”.  At that point I was *slightly* nervous. 😉

Despite worrying that I’d say something I really shouldn’t, this morning was really fun!  I’d love to do it again.  Anybody else had radio/TV experiences that have come about thanks to their blog?  What’s your opinion on the words ‘uniform’ and ‘fashionable’ appearing in the same sentence?

p.s. I attempted vlogging parts of the experience so keep an eye on my YT channel –  it’ll be my first vlog, eek!