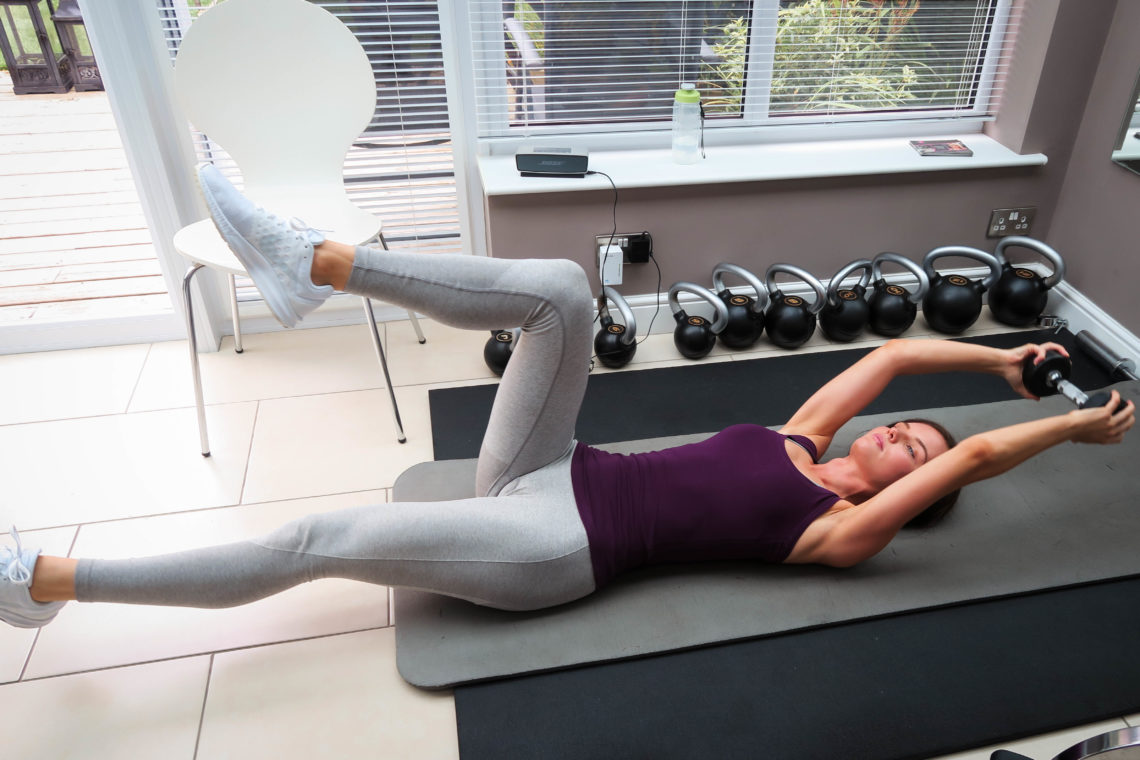 I’ve spoken many times about how I have no workout routine whatsoever, and usually go to classes, do my own thing in the gym, and run with no real schedule; most of the time I decide what I fancy doing when I’ve already warmed up, so my workouts don’t really have a structure to speak of.  However, I do have a few favourite exercises that I tend to repeat when leg day or arms day rolls around for example, and that can get kinda boring.  Same goes for (nearly) always working out in the same gym or running the same route – sometimes you just gotta switch it up.  Working out on your own is absolutely fine but it’s good to work with a PT once in a while, and sometimes a change of scenery and someone new telling you what to do can help to revamp your workouts when they’re getting a little ‘meh’.

Earlier this month I had the chance to try Faye’s Fitness retreats over in Liverpool, which consisted of chatting about my fitness and health, being put through my paces in the home gym, a healthy lunch, and a tour of Liverpool with Faye and her dad Robby.  Altogether an interesting and healthy way to spend a day if you’re looking for something to do over that neck of the woods!

Imagine having this as your home gym, a casual squat rack in the dining room and enough space to get a good run of lunges in across the conservatory?  Would have no excuse not to be The Fittest Person Ever tbh.

Faye asked which body parts I wanted to focus on but indecisive me chose them all, so my workout covered legs, arms and abs as a finisher (always the best finisher).

The workout was followed by trying supplement drinks and a healthy lunch, and then onto the Liverpool tour for the second part of the day.   This idea is Faye and her dad’s new venture, as he’s an ex-police officer who knows Liverpool probably far better than the back of his hand.  It’s a slightly random combination of experiences but I like that, and I learnt about a side of Liverpool that I’m 99% certain I wouldn’t have done otherwise.  Not really the kind of thing to photograph so you’ll have to take my word that Robby gave a fascinating (and shocking) tour of Liverpool’s crime areas.

And then off I popped back through the tunnel and home again feeling both sore and educated, which is a nice combination!  Faye and I chatted about the experiences she offered which aren’t just about tailoring exercises to different people, but workout styles too.  Some prefer to watch themselves in the mirror to keep an eye on form (I know my shoulders can behave like they belong to 2 different bodies if I don’t keep check in the mirror)… and some prefer not to watch themselves sweat… you get the idea.  It’s ideal for those who want to use gym equipment but without the environment of a busy commercial gym, or want to get to grips with using free weights before hitting the dumbbells alongside 20 other people.  Whether you’re new to the world of working out or are just a little bored (like me), I’d recommend giving Faye a shout!

My experience was complimentary but all opinions are my own