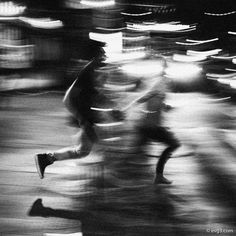 Many bloggers are pretty open and honest.  Mental health, blogging, general day-to-day life, it’s all on there.  Yet you don’t see that many posts about relationships.  We’re not all Jay Alvarrez and Alexis Ren.

I’m one of those bloggers who keeps relationship things on the DL, which is maybe contradicting myself, but hear me out.

If we’re being ‘out in the open’ today, I’ll be honest and say that I do keep ‘boy things’ very quiet online for a reason, and that’s because it’s gone pear-shaped in the past as soon as I’ve mentioned something on the blog.  Sod’s law and that.  Relationships I genuinely thought (at the time) had some staying power have ended abruptly after a very short time.  Then I’ve obviously felt foolish posting about it.  My lesson learnt: keep things quiet online.  The ol’ blog can be a kiss of death sometimes, it seems!

So yeah, I totally understand why you don’t see that many posts knocking about on the topic of the bloggers’ love lives, even the ones who talk about their periods and all sorts.  Obviously that’s fine – everybody’s entitled to as much or little privacy as they fancy.

Which is why the odd post I have come across really stands out.  One post on a blog I’ve grown to LOVE lately gave me the idea to write this all down – this one, where Megs of Wonderful You so eloquently shared her feelings about her ex’s marriage.  Megs’ blog took a complete change after her emotional breakup and has become one of my faves.  I really, really admire her honesty, and how she isn’t ashamed to write about feeling hurt and all the emotions that inevitably come with any breakup.  These days she exudes confidence and it’s so nice to see.  And then I saw this post by Ruth of KimKimiPie sharing her breakup thoughts too, and again, seriously admire her talent at putting such raw emotion and confusion into words.

My first thoughts were ‘these are brave girls’ for writing such an emotional post, but then why should a breakup be something to hide?  Whatever the length of the relationship, people shouldn’t feel kinda embarrassed about admitting a breakup – like it’s a failure to say a relationship didn’t work out.

And then saying you’re with somebody else is a whole ‘nother story – because if you don’t sit out the token ‘by yourself’ time then you’re bad.  Obviously I’m not saying everybody should go throw themselves on the first passing stranger, but what’s the harm in being happy with someone else ‘already’?  Controversial I know – some say there’s a ‘decent’ time period you just gotta wait out. There’s no doubt that time by yourself can do a world of good, and your happiness shouldn’t depend on somebody else.  But I just feel that people should be able to move on at their own pace without question from others.  If somebody comes along, they come along.  If it works out with them, great.  If it doesn’t, be sad, cry, feel ‘free’, lay awake at night missing them, have a party, whatever.

‘Life’s too short’, ‘plenty more fish in the sea’, and all those other clichés.  You’ll always have those memories, good or bad.  I firmly believe we grow from the people we surround ourselves with, so why feel the expectation to ‘define yourself’ alone? 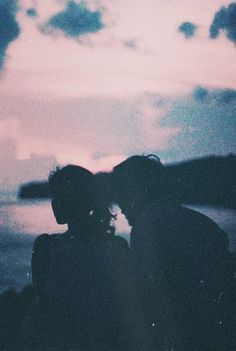