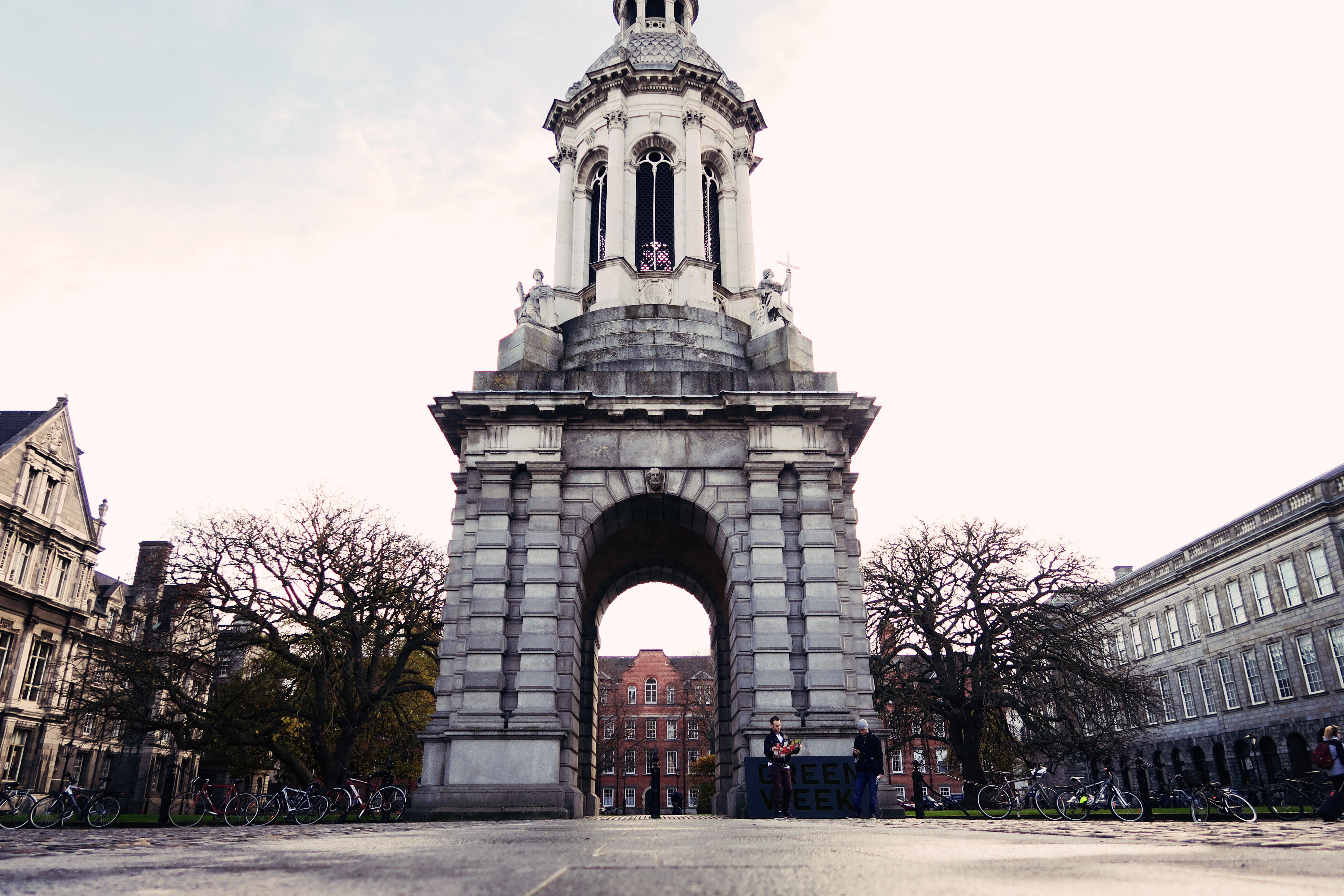 So, Dublin.  In one day.  Just a quick hop skip and a jump across the Irish sea, back in time for tea!

That sounds sarcastic, but it’s actually pretty much true.  Minus the ‘back in time for tea’ part.  I’d have been hella hungry if I’d waited until midnight.

So yes, I hopped on the flight I’d booked on a whim a few weeks ago (God bless the £2 flight sale), felt weird to only be carrying a small handbag rather than the entire contents of my life stuffed into a carry-on suitcase, and set off to see what Dublin had to offer.  Tbh I didn’t really do much research beyond checking that getting from airport to the city centre was easy enough (turned out it couldn’t have been easier – whizzed through the airport straight onto the Airlink bus and ta-da, in the city centre in 30 mins) so took the good old ‘winging it’ approach.  My Irish bloggy friend Rachel gave me some suggestions of the main ‘attractions’ I should check out so I downloaded the offline Google map, saved a bunch of places to it, and fudged some kind of route between the starred spots.

In case you haven’t got the drift by now, this won’t be a ‘THE top 10 things to do in Dublin’ post.  ‘How To Spend Only 1 Day in Dublin and See Quite a Lot’ – that I can deliver! 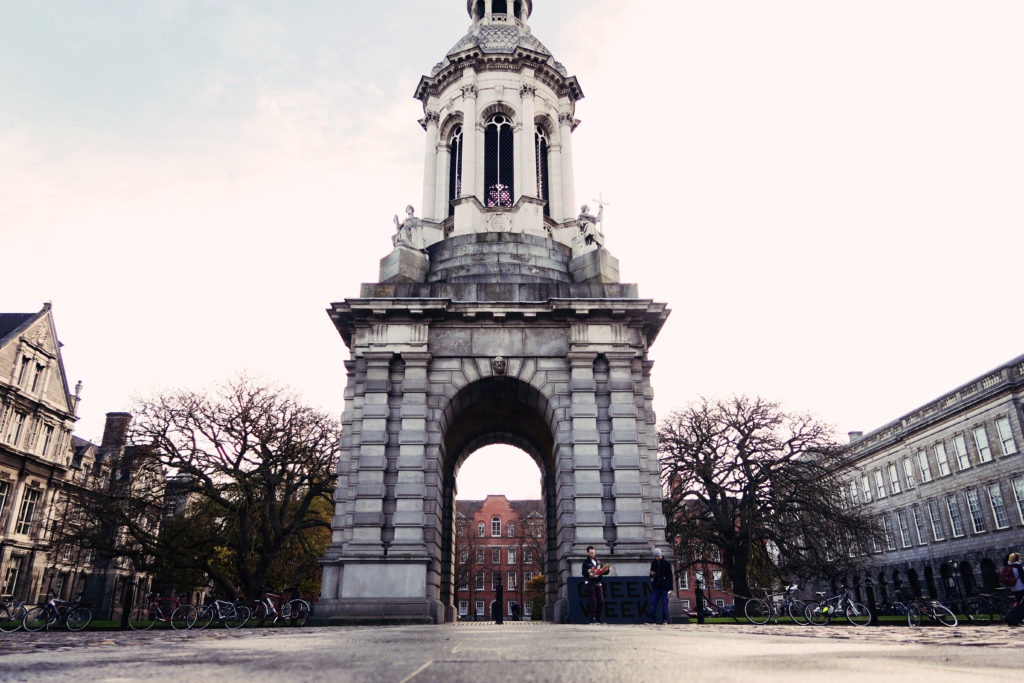 My reason for heading here first?  It was the nearest starred place to where I got off the bus.  The reason you should head here first?  It’s nice and calm and somehow serene until the crowds of other tourists turn up later.  I accidentally made the right decision, go me!  Trinity College looks like such a cool place to study.  It’s super well-known for the Book Of Kells exhibition (amongst other things) but I decided to give that a miss as it’s apparently quite expensive for the couple of minutes you can actually see the book for.  I went to nosey at the science exhibition rather than the gospel book, so read from that about my personality what you will.  I’m sure it’s really cool to see something that old though! 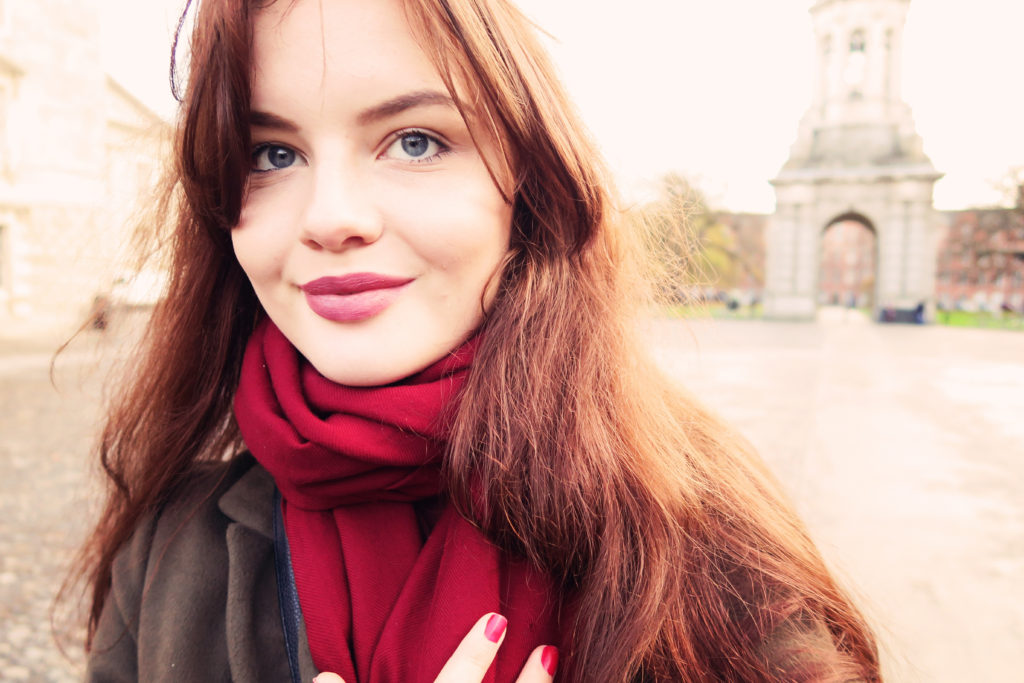 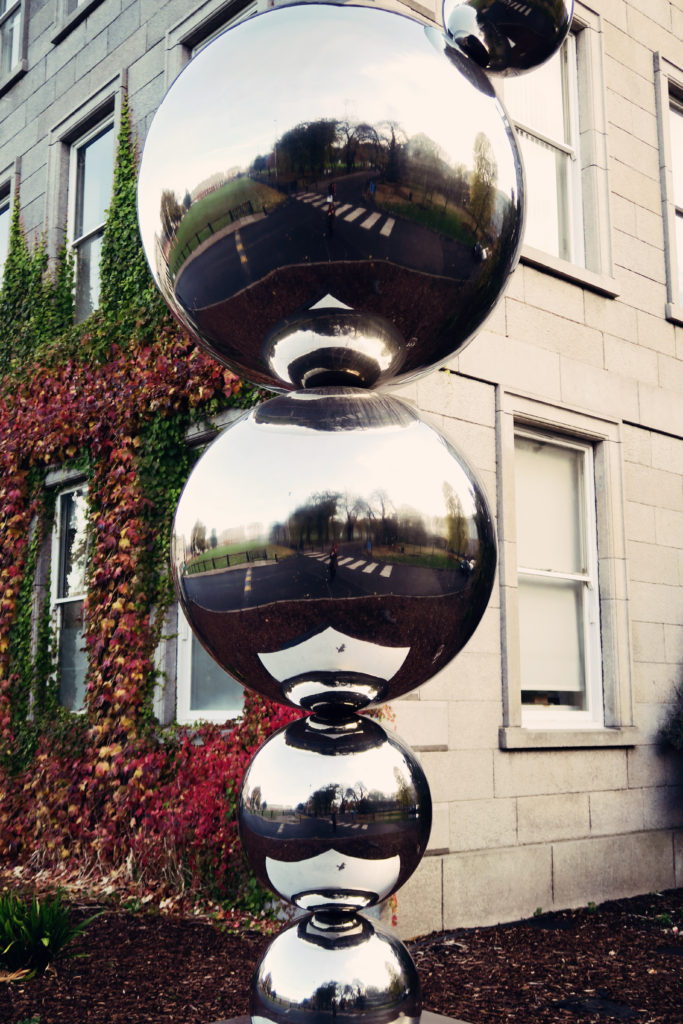 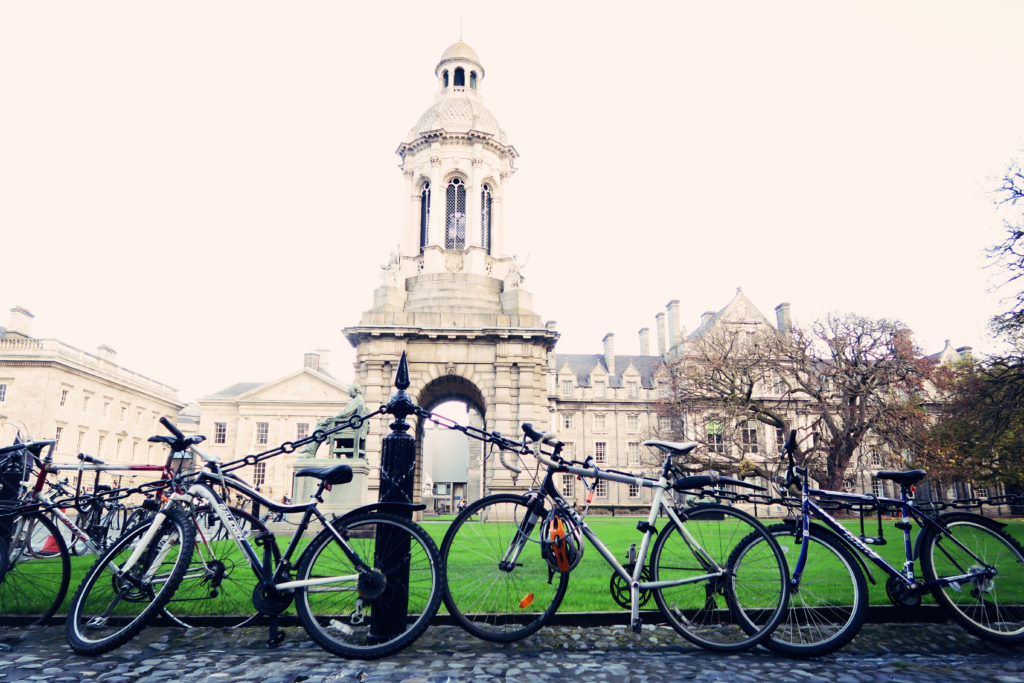 Autumn suits you, Dublin!  I know we’re in the tail end of Autumn now but these pretty parks are clinging on.  My only regret is that I didn’t spend longer around either Merrion Square or St. Stephen’s Green and didn’t check out the museums around the area.  With just the one day I felt like I should get a jog on rather than hang about around parks, but in hindsight I didn’t actually need to rush and kinda wish I’d taken the time to learn more about Dublin and its history.  I can always go back though, it’s only a 35 minute flight after al! 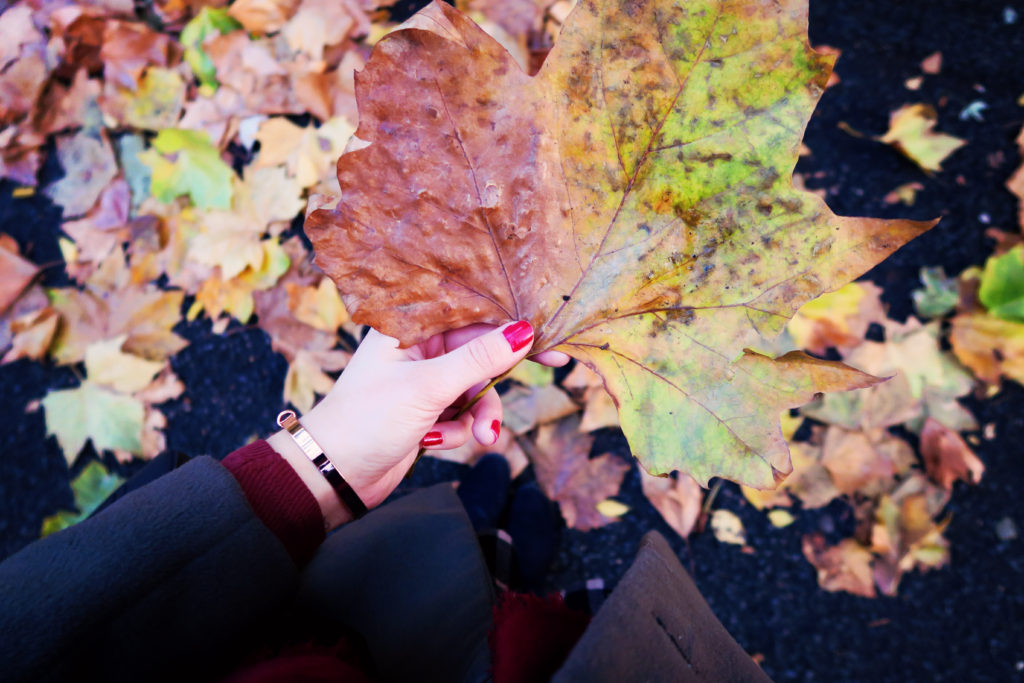 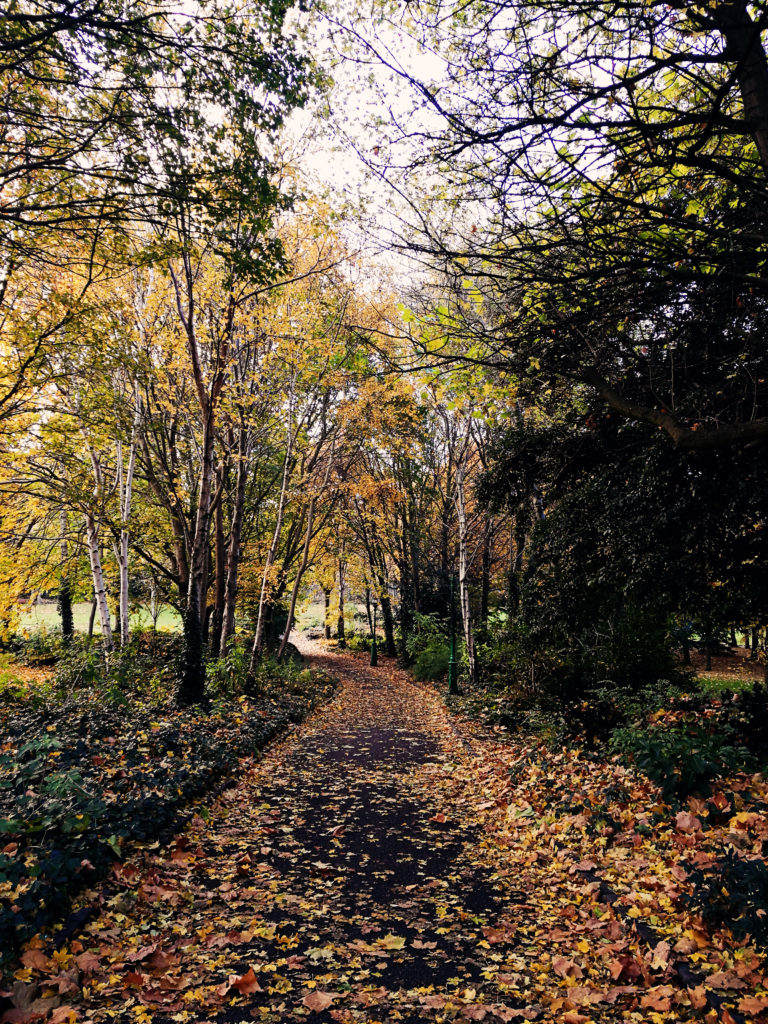 Yes to daytripping out of the country to mix up my usual park views! 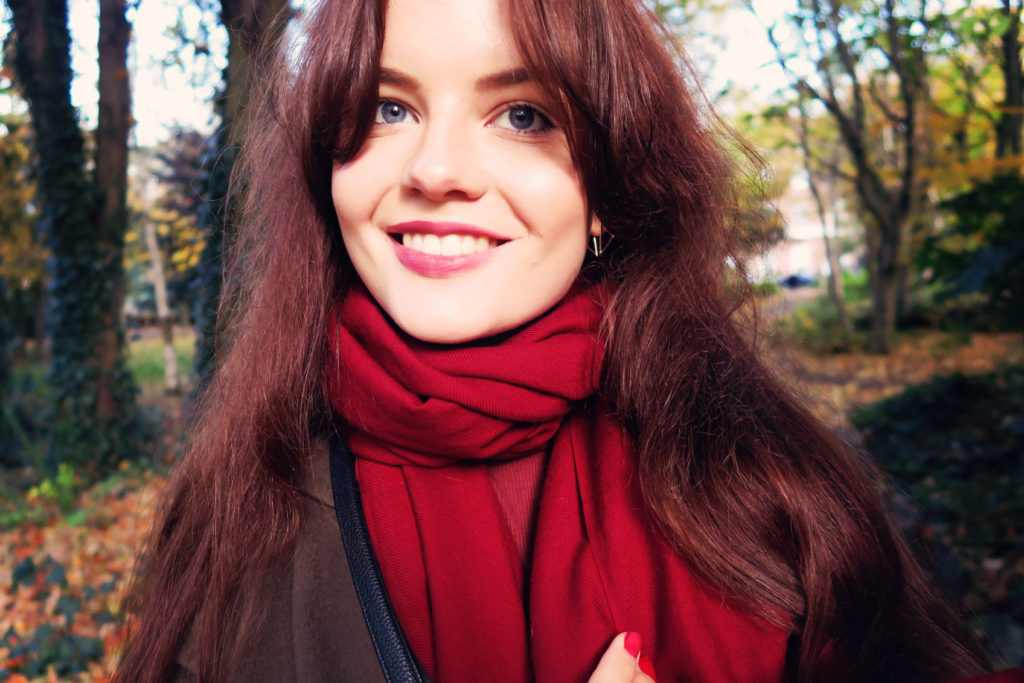 Not even anybody around to shoot me funny looks for taking selfies!  Who’d have thought it. 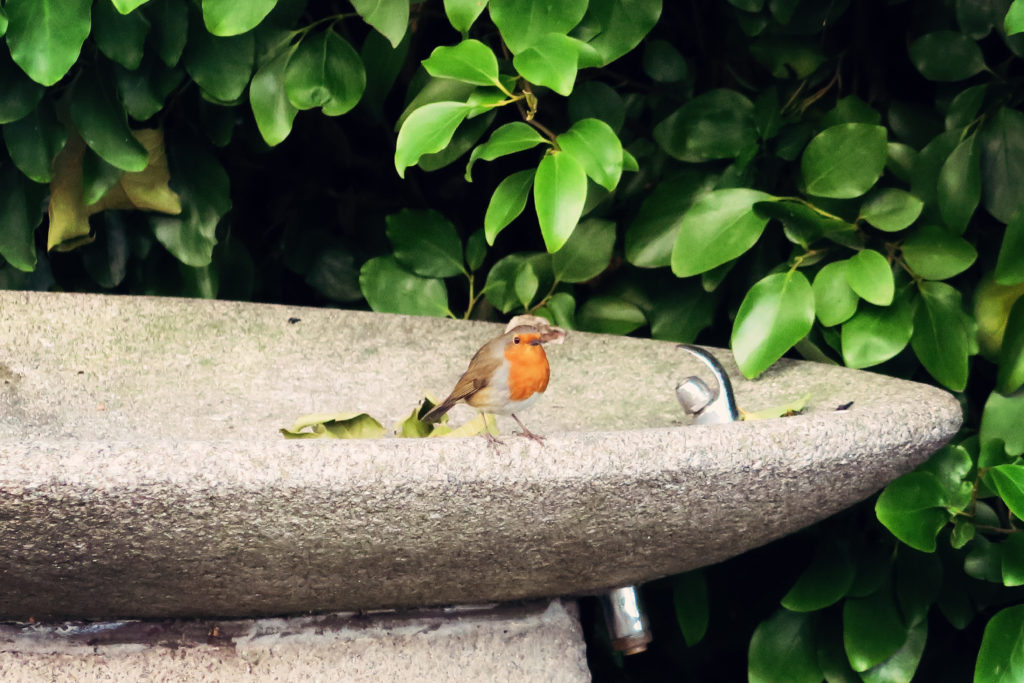 If this little chap (or chapette – I’m no birdwatching expert) isn’t cuteness in a picture then I don’t know what is. 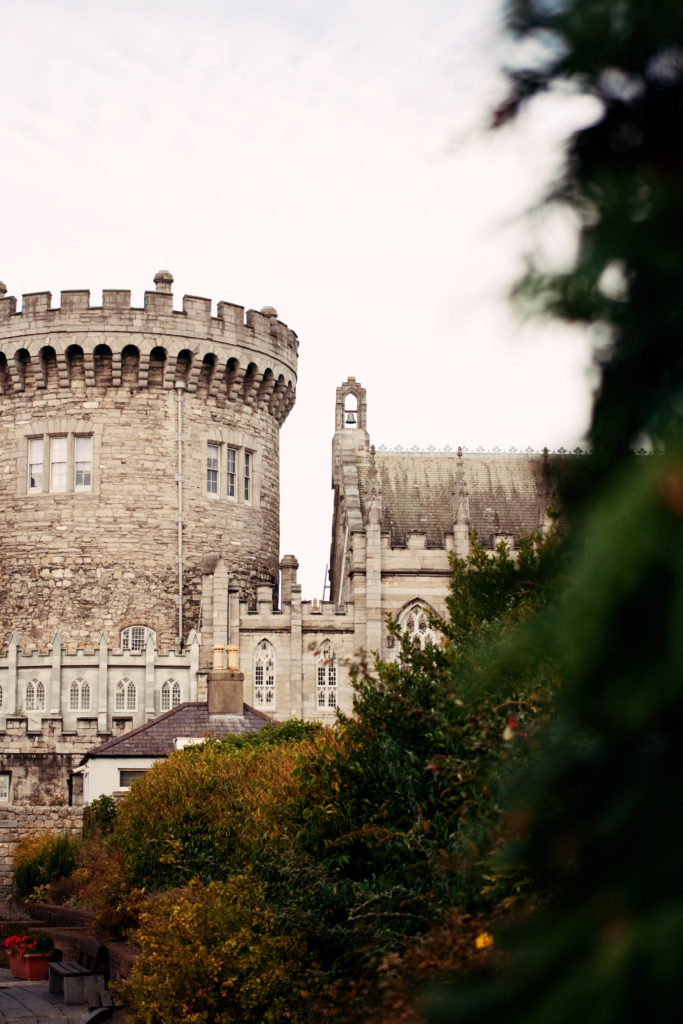 Castles are pretty much a non-negotiable stop, aren’t they? I thought it was pretty interesting how Dublin Castle had so many different elements together, like the medieval tower still going strong and huge bright yellow, blue and red walls just around the corner. Just your every day combination! 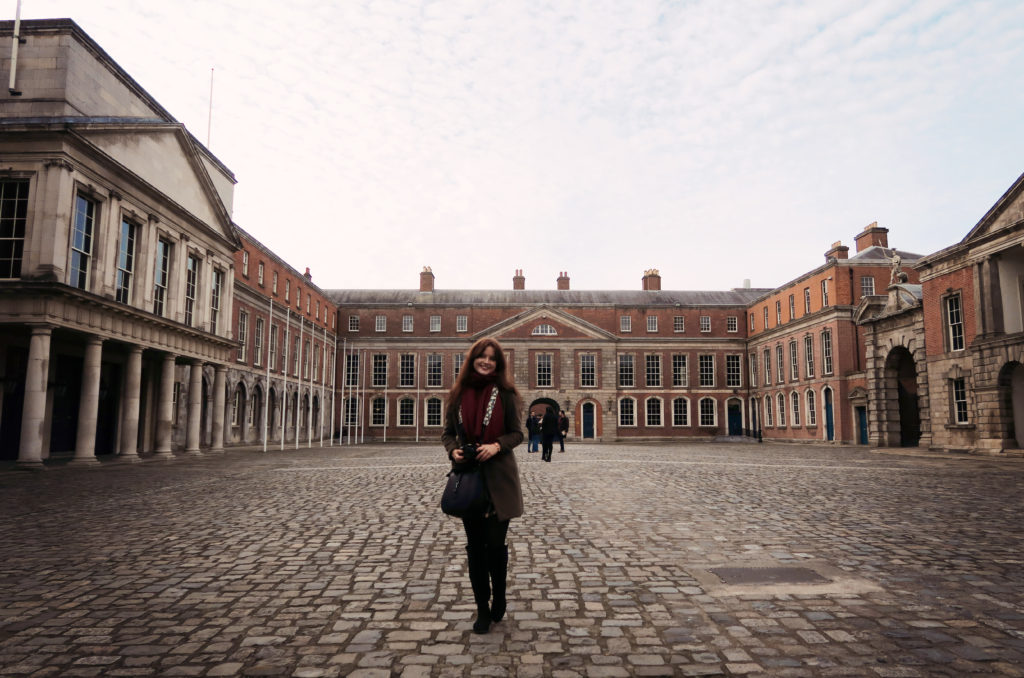 Whoever the gal was who nodded in silent agreement to take each others’ pictures, thank you and I hope yours turned out ok. 🙂 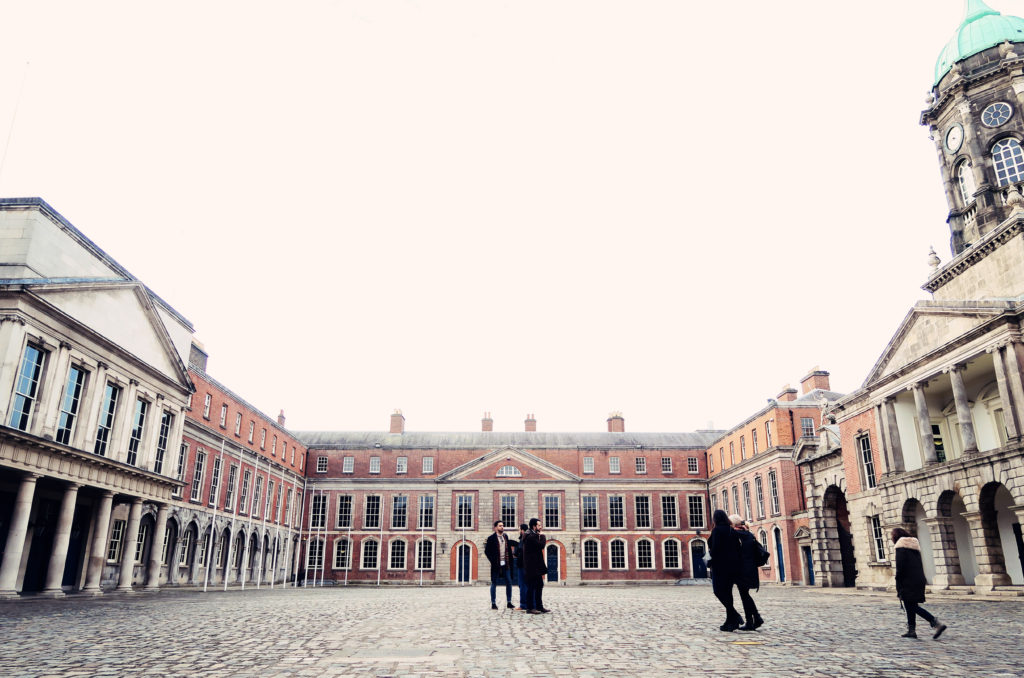 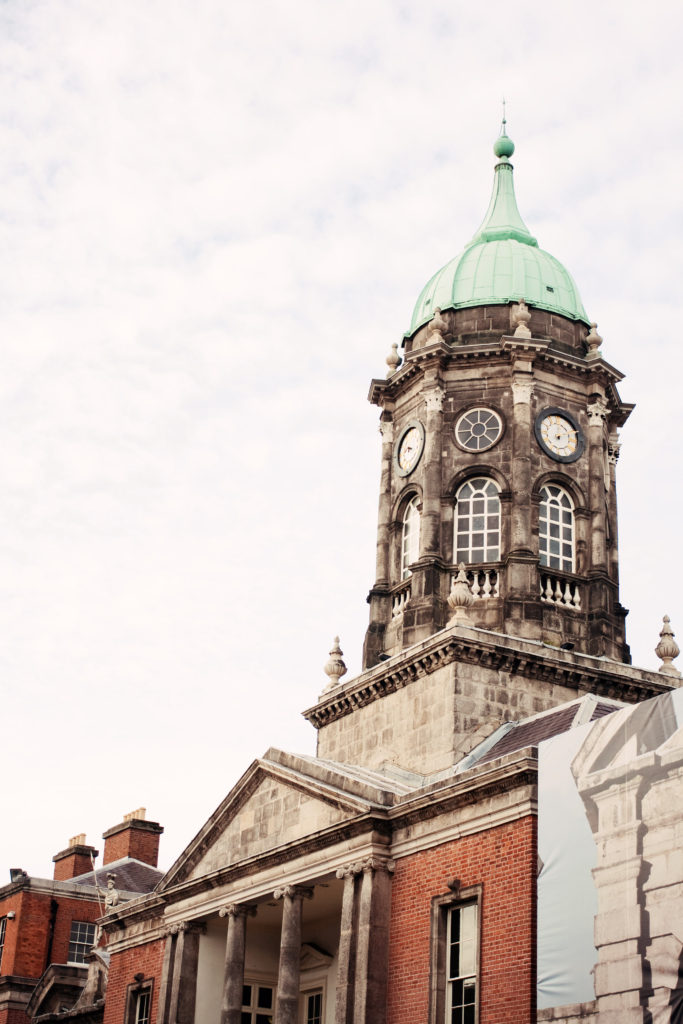 A couple of people recommended KC Peaches to me and I’d already eyed it up on my way past, so that was pretty much a no-brainer come refuelling time.   I was in the mood for something fresh, veggie-intense and satisfying, and this one hit the spot! 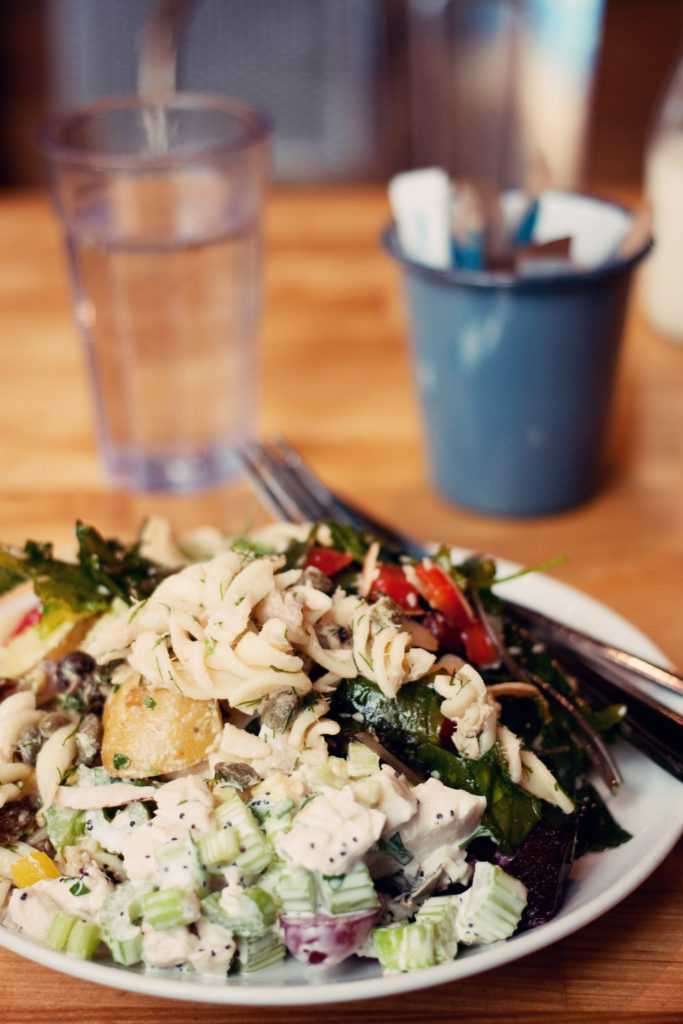 I opted for the ‘pay by plate size’ buffet option which I interpreted as ‘pile your plate as high as you possibly can’, and thoroughly enjoyed it.  Big piles of wholesome foods are very much my style!  Not gonna lie, I had my eye on the cakes and meringues in the window too, but I didn’t get silly. 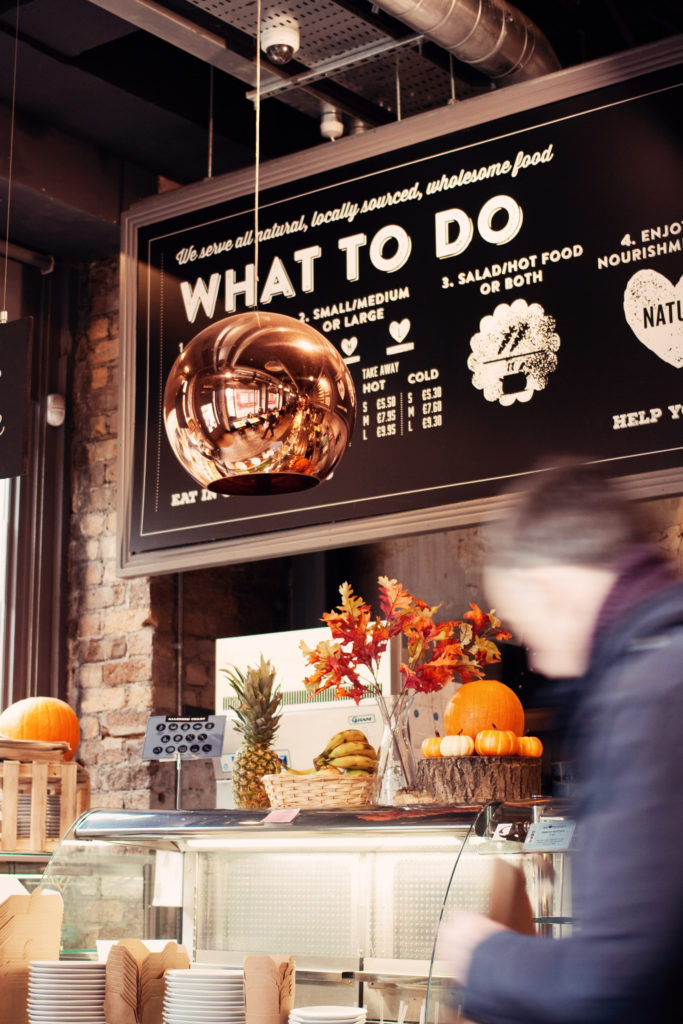 Here you have it, a photo of the most photographed pub in Dublin!  The area of Temple Bar has a funky authentic-but-kinda-exaggerated feel about it and has tons of quirky vintage shops, music, and obviously pubs.  Because what else, eh?  In not visiting anything Guinness related or spending an evening in a pub I kind of missed out on one of the main Dublin experiences, but going for the day was definitely worth it regardless. i’m notthe biggest beer person anyway! 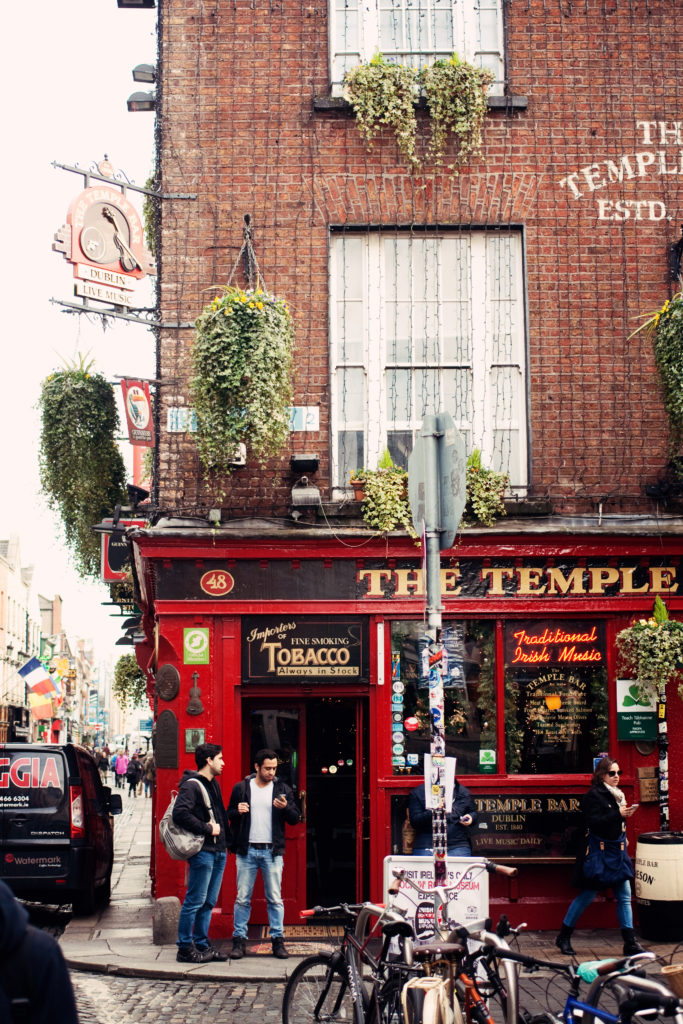 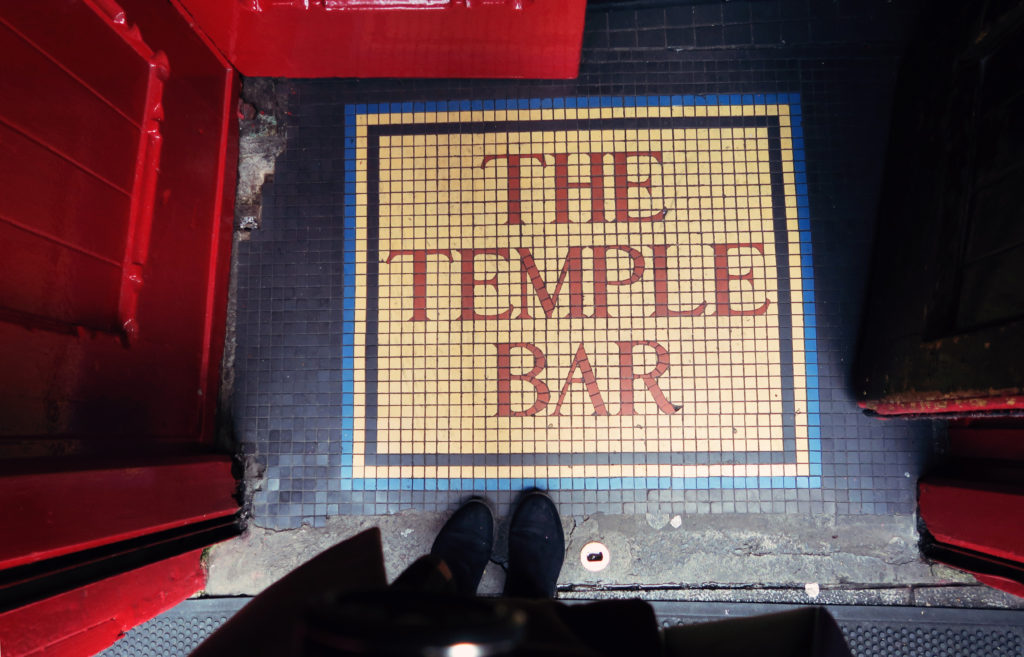 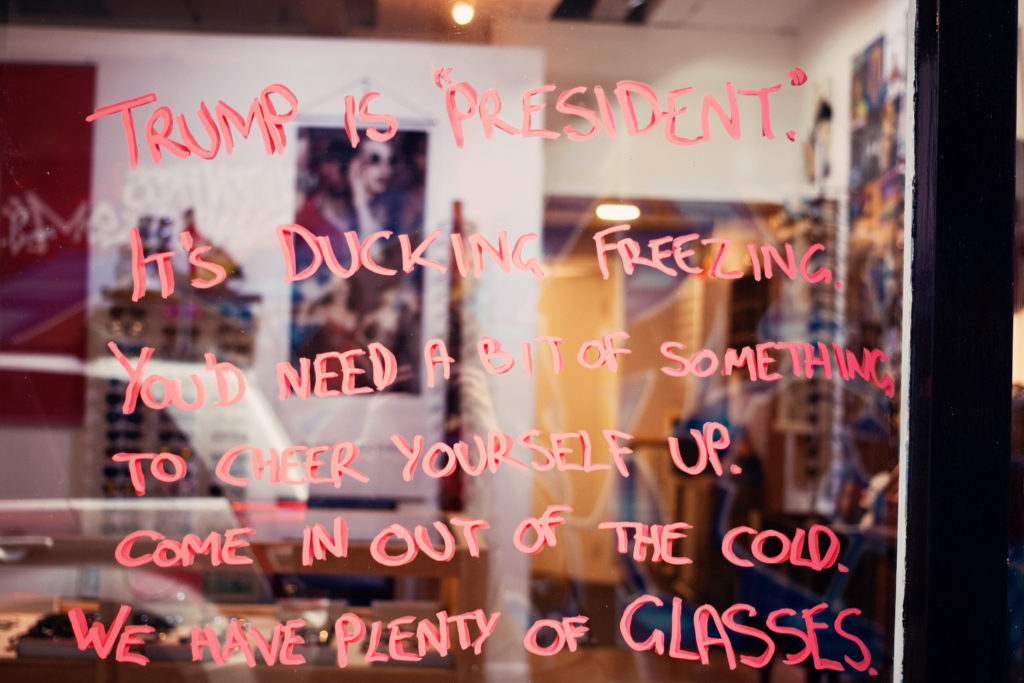 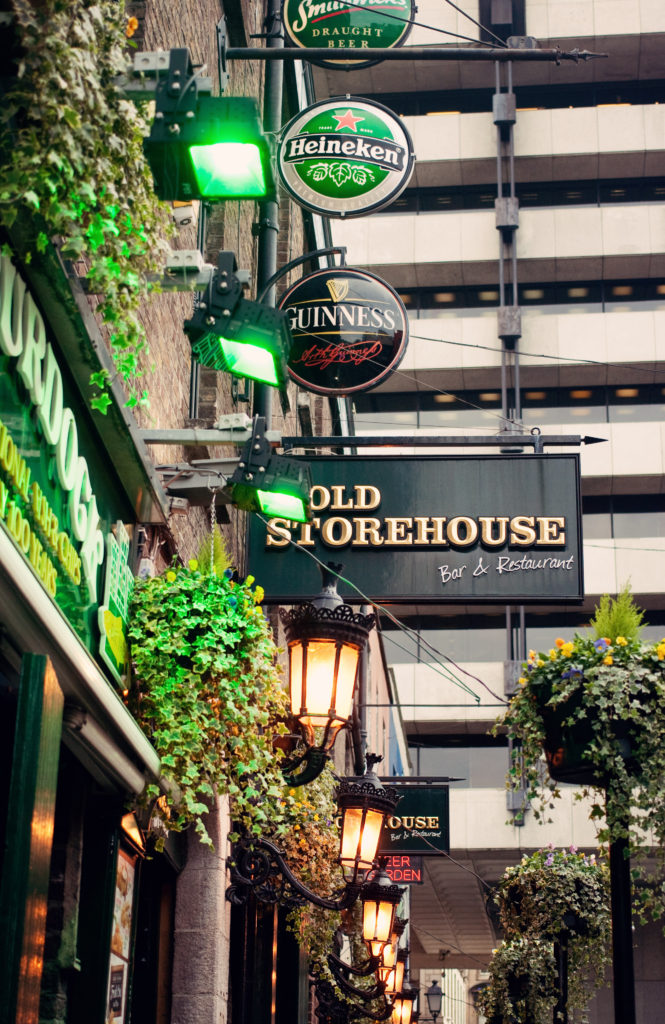 Second hand designer pieces galore.  Siaopaella, I’m looking at you!  Could have easily spent an awful long time rifling through those rails.  And marvelling at how anyone could ever walk in Louboutins (no surprise that so many pairs end up in resale shops, then…) 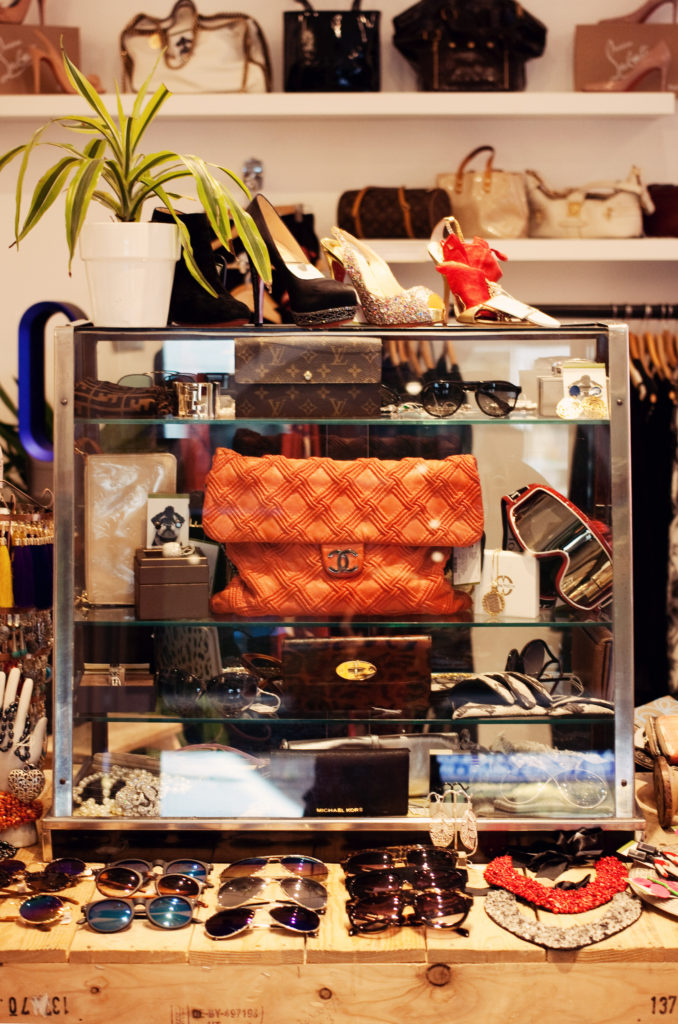 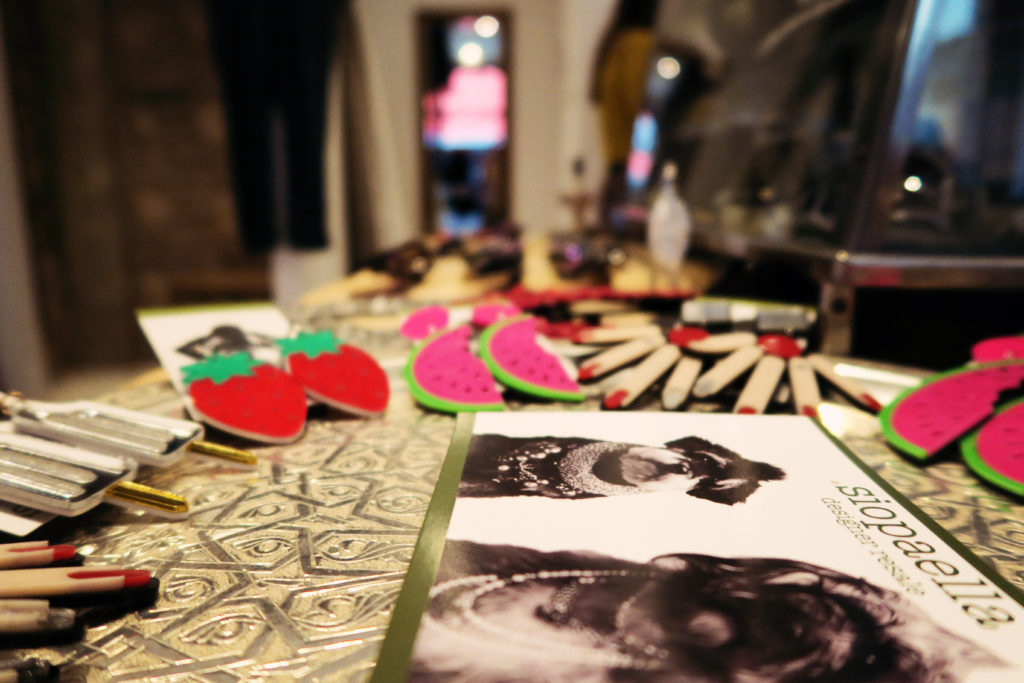 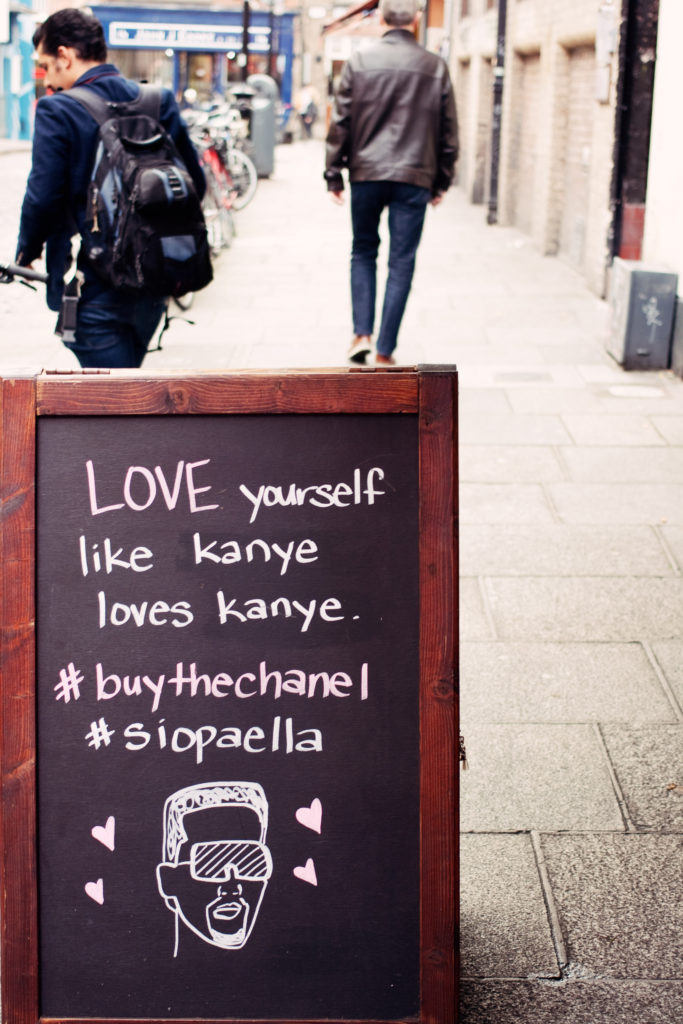 Meandering The Streets of Southside

Imaginative subheading, way to go Lily!   I think sometimes the best way to get a feel for a city is to just aimlessly explore the streets, of which Dublin has many.  Cute and cool ones at that. 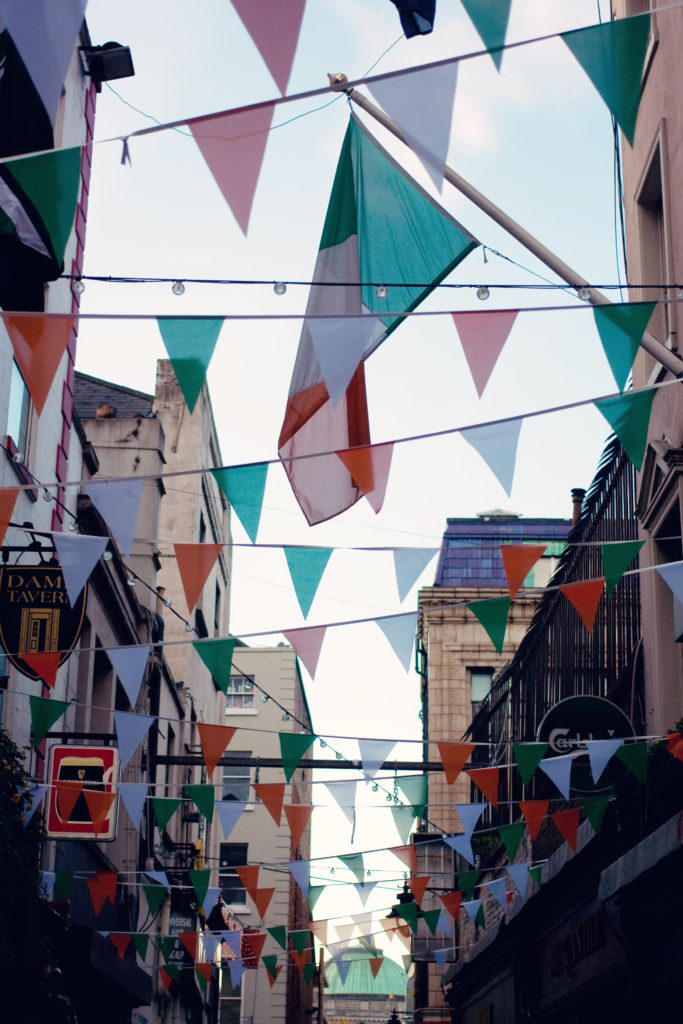 During the day it didn’t seem like I had taken that many photos, but on putting this post together I realise that’s not the case! 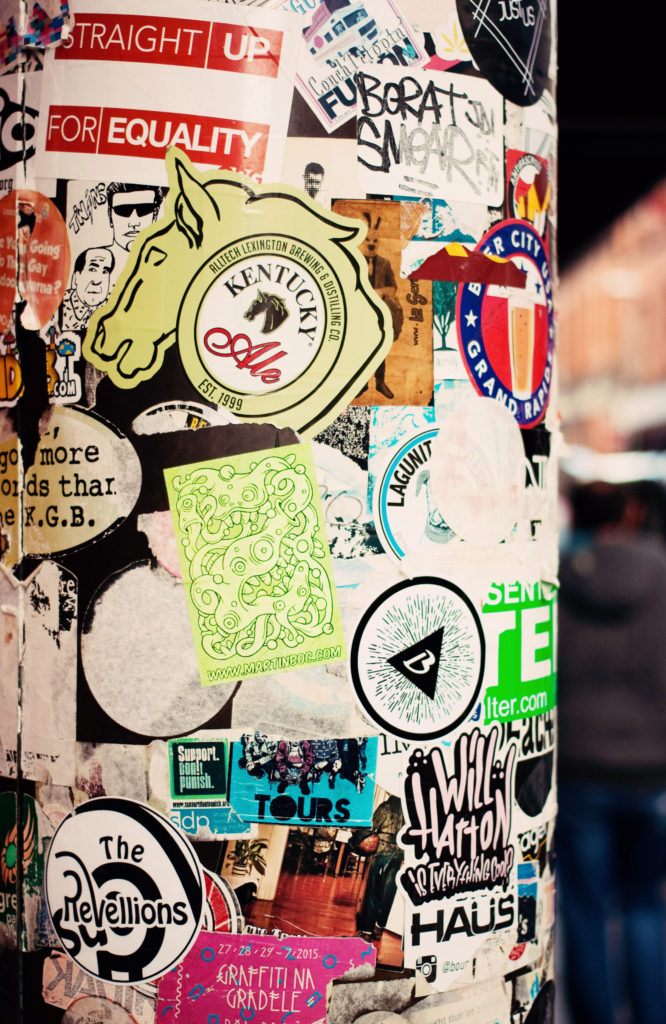 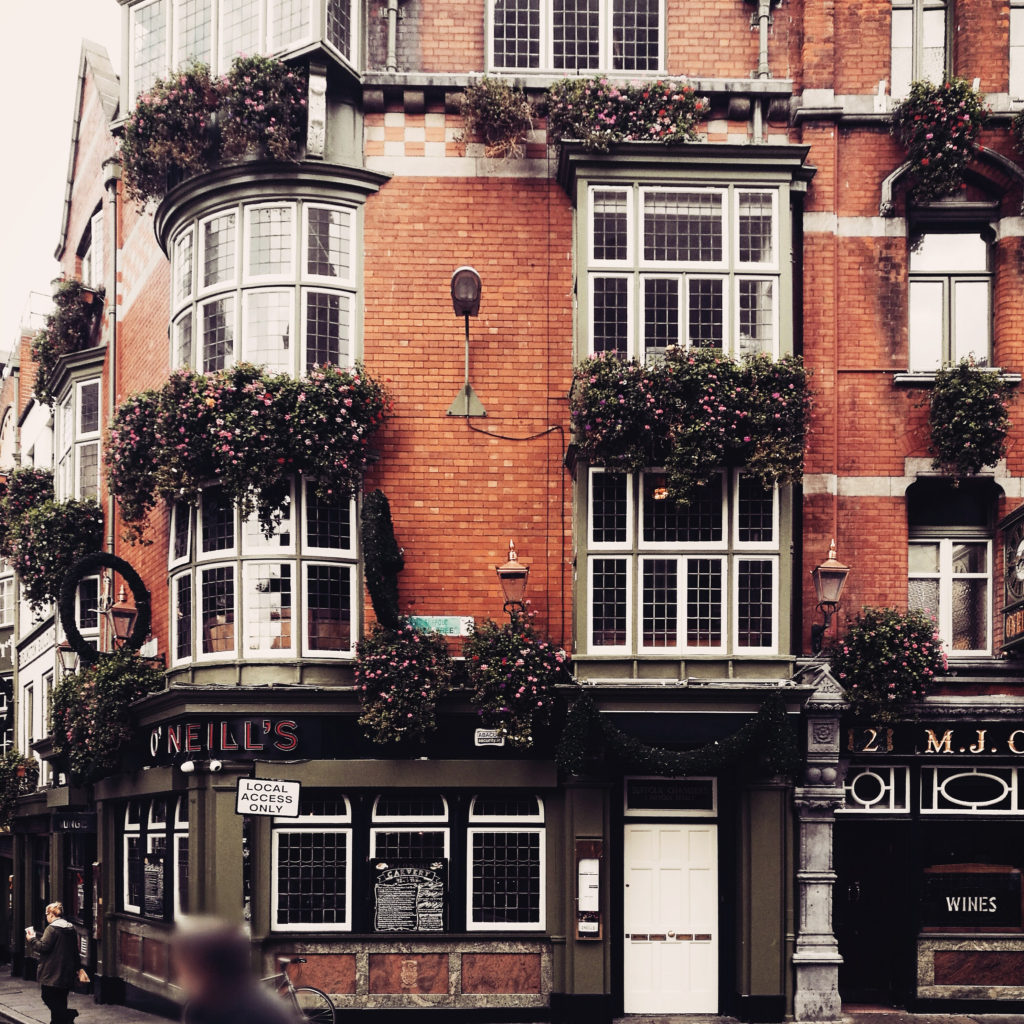 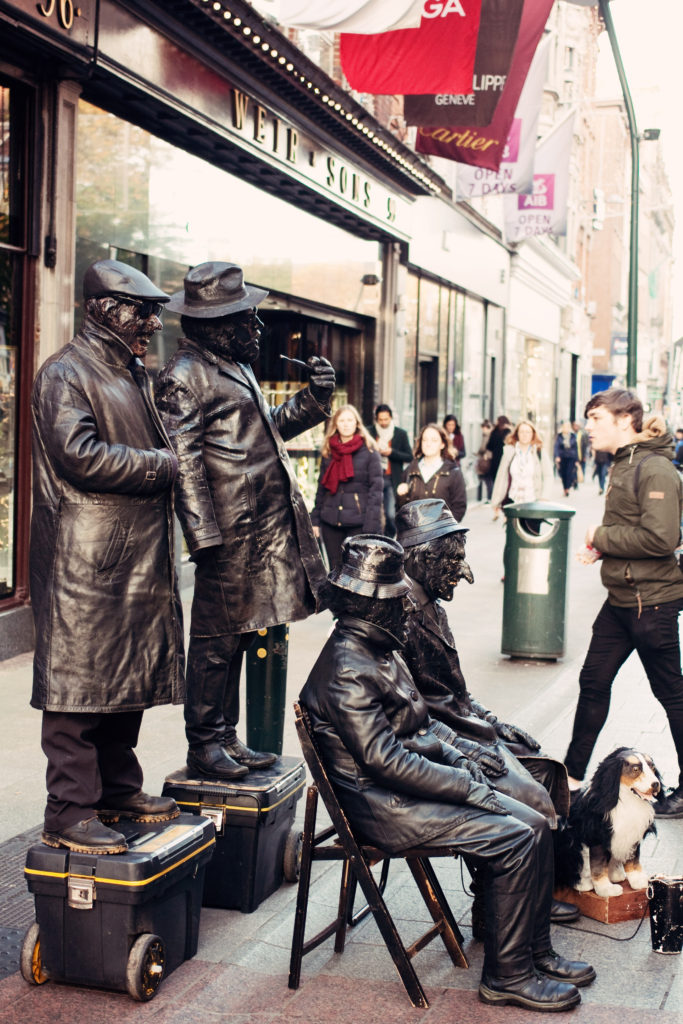 Boy oh boy those living statues give me the creeps.   I bloody hate these things!  Always, without fail, manage to make me jump.  Not a fan, but it’s impressive, I’ll give them that! 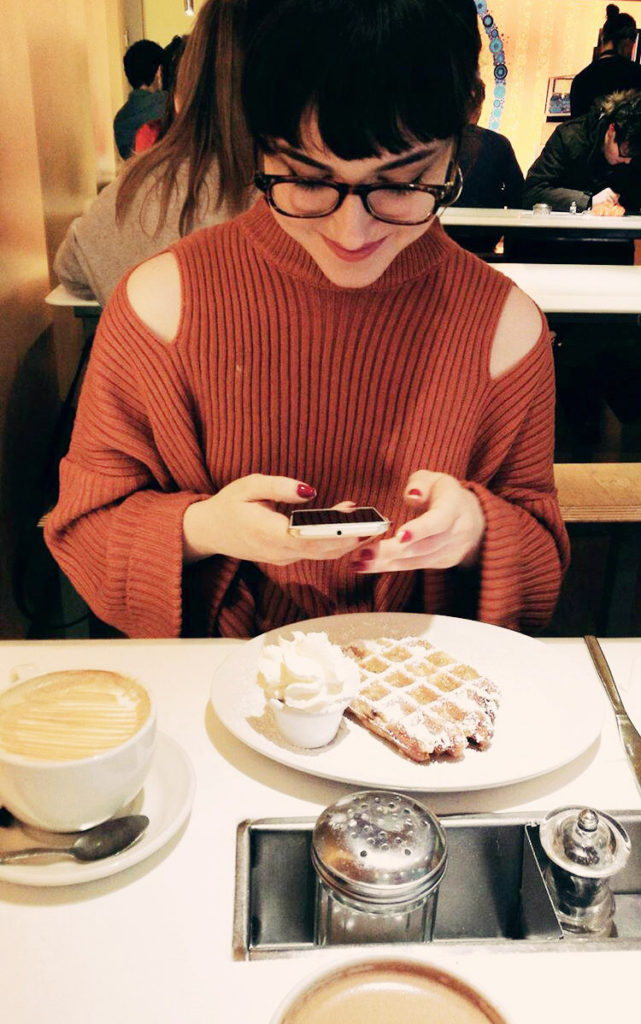 After years of being twitter buddies I finally met Rachel IRL!  Our selfies together came out blurry dammit but we hung out and she took on the tour guide role.  After coffee and sugar filled food, of course.  Whilst my apple cinnamon crepe was tasty, it was anything but photogenic, so you’ll just have to imagine that one! 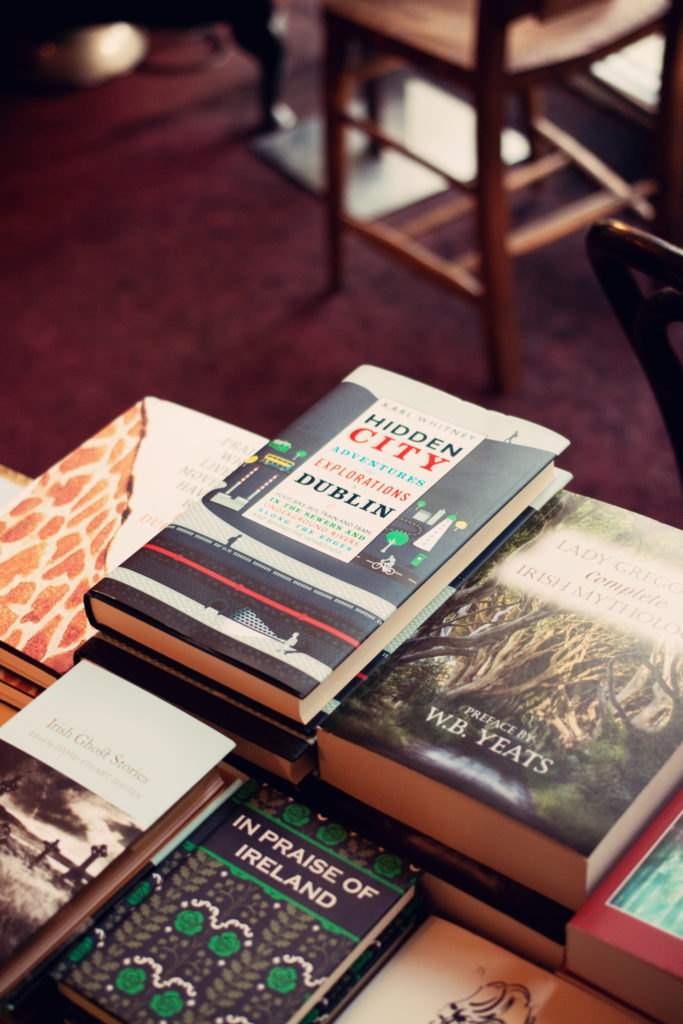 Something else Dublin seems to excel in is its bookish offerings.  As in the kind of places you’d head to spend hours browsing old and new books alike and just chill, rather than rushing to grab one novel and head out the door.  The bookshops felt nice and homely, and I like that. 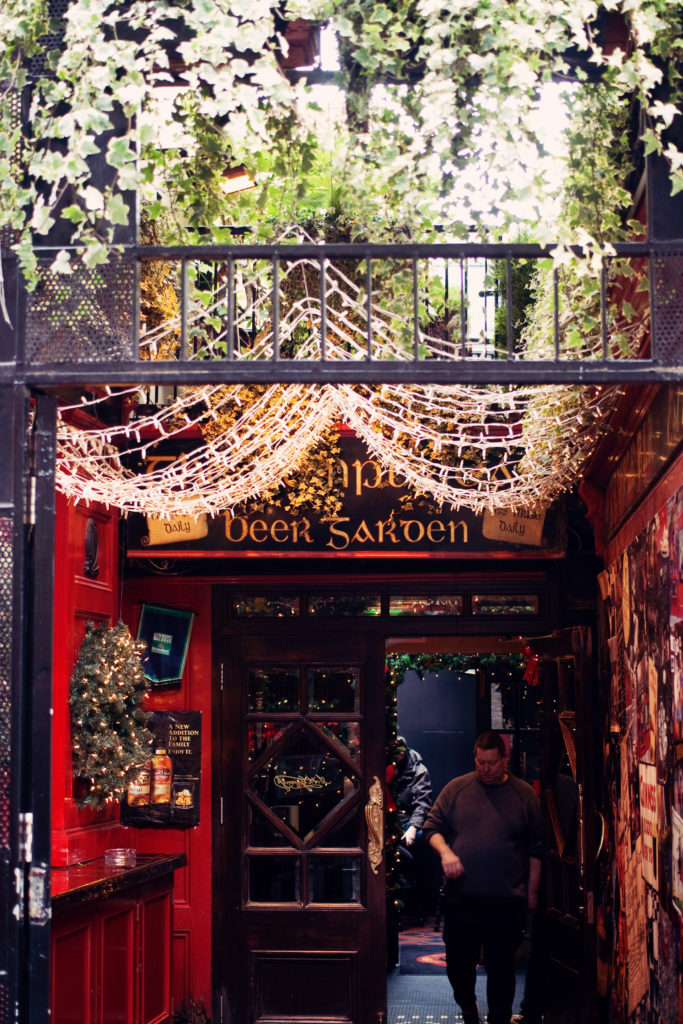 Somehow I miraculously ended up with an hour or so of ‘now what should I do with myself???’ before needing to catch the bus back to the airport, so just kept wandering because I was a little too tight on time to chill out in a pub dammit.  Already walked about 23548 steps by this point (actually not an exaggeration – for once) but my boots were comfy and I didn’t realise just how achy I was until later.  Which was Very Achy, btw.  21km and my shins felt like they just *might* have dropped off.  Dublin seems like a city that’s particularly suited to cosy evenings, twinkly lights and winter though, so it would have been a waste not to check it out at it’s finest! 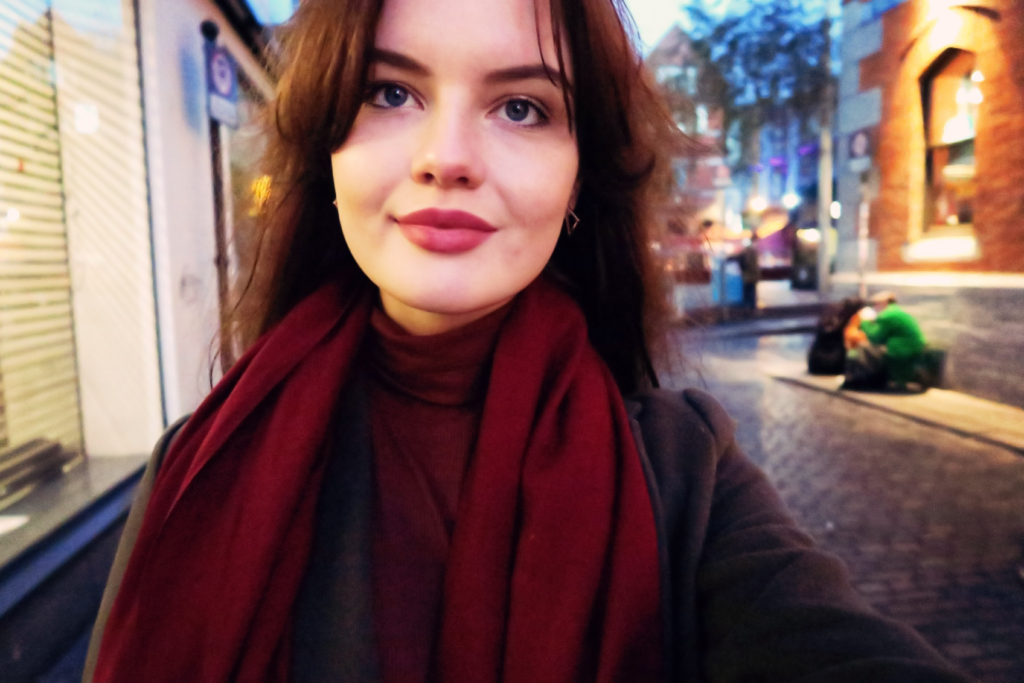 That’s a guy changing out of a leprachaun costume behind me.  Standard stuff.

Anddd that was the fun part of my day complete.  Didn’t think you’d really appreciate photographs of the incredibly irritating people behind me on the plane or the cold train station waiting room. 🙂  Next stop: Hamburg!