halloween, but make it subtle 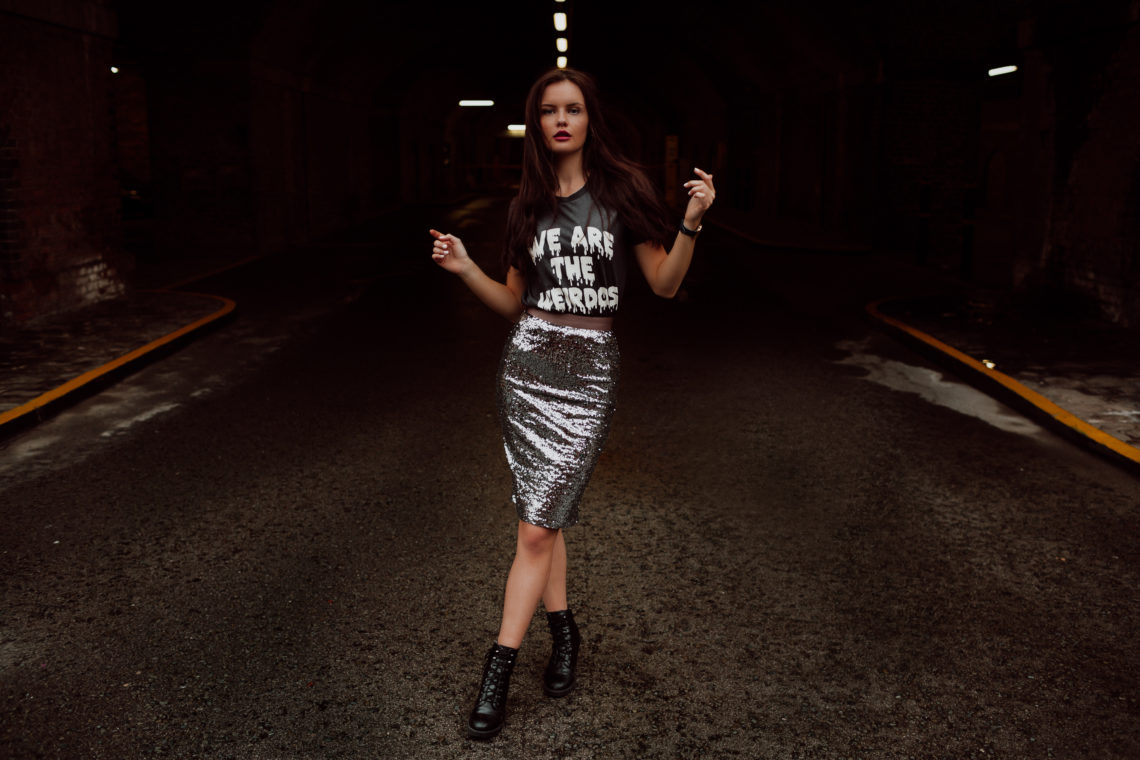 Dress up as a weirdo, that’s an easy one, right?  Could just wear jeans and a t-shirt to nail that look tbh.  Pretty sure many people in my life would agree that a t-shirt with ‘weirdo’ emblazoned across the front isn’t necessary but here we are.  Weirdos t-shirt!  Yay!

24th October means I’m right on time with a Halloween post, right?  Pumpkins appear in supermarkets, all over Instagram, and just about everywhere else earlier every year and it’s kinda crazy.  I can’t be the only one who’s sick of pumpkins without even carving one.  Halloween ‘outfit inspo’ and makeup tutorials start cropping up from mid-September, with ever more impressive getups as years go by.  Madness.  That said, I do find Halloween makeup timelapses fascinating to watch because I do not possess those skills whatsoever, and watching someone transform themselves into another being is rather mesmerising.  Check out Beth on Instagram if you’re into that stuff because goodness me her makeup/special effects/wizardry is something else.  I found some ancient blog posts with my attempts from years gone by and they’re fun to look back on but nothing spectacular makeup-wise, so this time round I decided to do something completely different.  Just a nod to the spooky theme without going all out, if you will.

Simon and I planned to shoot together for a while, and when the Joanie gals asked if I fancied styling a couple of their pieces in a Halloween-y way, all the ideas came together nicely.  I’ve raved about Joanie Clothing rather a lot on my blog and Instagram and my face is goofing around all over the website, and I won’t be stopping any time soon!  I do love the quirky cutesy style and mess around pulling kitschy poses for the website (read: ‘dicking around’), but I fancied mixing it up a little for a Halloween shoot rather than just popping on some cat ears or a mask and calling it a day.  There’s no better backdrop for moody images than a miserable, grey, Manchester day and I think Simon and I achieved our moody objective.  He understood my ideas perfectly and I’m really happy with how the images turned out!  Sparkly Spooky Weirdo it is.

As for this Halloween, I’ll actually be spending the day of and day after shooting for Joanie (SS19 already! How did that happen), and much as I enjoy shoot days I don’t fancy 50+ outfit changes on an (inevitable) hangover.  Props to models who manage that one, I salute you.  So I most likely won’t be out on any Halloween mad ones, but if I do make it out for a couple of post shoot drinks, you betcha I’ll be sequin clad.  Buying costume items that you’ll wear once is pretty wasteful at the end of the day and something you can style up then wear day to day is far better all round.  I can’t say I’ll wear a sequin skirt on the daily but I think it’ll actually cover a surprising number of occasions – casual Christmas dos, where you at?