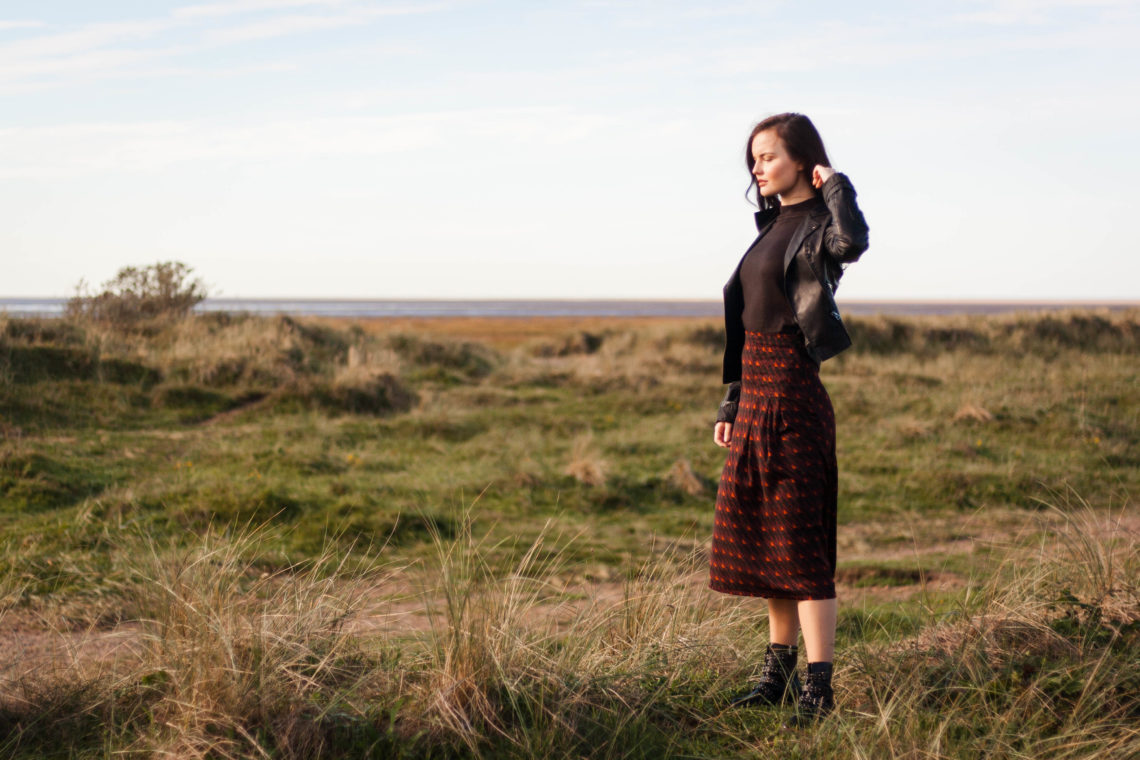 So, hands up who saw a flurry of tweets and stories and online buzz about Stacey Dooley’s ‘Fashion’s Dirty Secrets’ documentary, hit up iPlayer, and were open mouthed in shock about just how bad the impact of the fashion industry on the environment really is?

My hand is raised.

Realising that entire seas have dried up, health crises have started, ecosystems have been destroyed (and so much more) as a result of our appetite for fast fashion has been quite scary.  It’s eye opening to see how many high street brands are unwilling to be open about their supply chains and obviously have something to hide.  It’s ridiculous how easily duped we are by imagery and marketing presenting products as ‘clean’ and ‘fresh’ when in actual fact they’re toxic and wasteful.  If you haven’t watched it yet, that’s your next TV hour sorted.

Often these things are merely a flash in the pan, a talking (tweeting) point for a week or so, and quickly forgotten about when some other drama crops up, but when it’s irreparable damage to our planet that we’re talking about… then the problem doesn’t really disappear overnight.  It’d be rather Trump-esque to deny the issue completely, after all.  I forsee many a contradiction in the near future whilst the shock of the documentary is fresh and the guilt feels real,but bills have gotta be paid and new clothes are just as enticing.  I’m pretty sure I speak for most of us when I say that I’m not going to cease buying new clothes altogether, or that I’ll never buy a ‘trend’ item again.  Here I am with an oh-so-AW18 midi skirt, after all – and well aware of the irony of using these photos to accompany this topic.   Just this week bloggers have shared their shock online and promised to change their shopping habits, only to post about the ‘new in must haves’ the next day.  An insult to the intelligence, don’t you think? Whilst this post sat 70% written in a Word document, Chloe hit the nail on the head with her words on performative online outrage; in summary, people profess to care about what they ‘should’ care about, before promptly forgetting.  True.  The Internet is just so fake.

However, I do think (hope) that this time round, real change might ensue. Hopefully huge hauls will begin to seem a little crass, and titles such as ‘5 items you NEED this Autumn’ (guilty as charged) will seem insensitive.   There’s been a noticeable shift in fashion blogging/social media recently and I’m sure you’ve read several blog posts about trying to be more sustainable already.  ‘New new new’ has a slightly bitter taste, right?  The change in attitude is hopefully here to stay, but obviously those who make their living from sharing fast fashion online aren’t suddenly going to stop, and your average gal who likes browsing the ASOS app isn’t going to decide she already owns everything she could possibly need either.   One documentary can’t change the nation’s shopping habits, or the entire influencer marketing sphere.

The easiest action going forward is to just be ignorant of the issue and carry on business as usual.  It’s unrealistic to expect to suddenly stop buying new clothes from anywhere but expensive, 100% sustainable brands, after all.  The answer isn’t to spend a fortune on ‘investment pieces’ from 100% eco brands either – an item doesn’t need to have cost hundreds to be worn year after year, despite what some influencers would have you believe.   Some Primark pieces are worn a couple of times before holes appear and they fall apart at the seams (the phrase ‘built in obsolescence’ from GCSE textiles springs to mind), and some last for bloody ages.  Not everybody can afford (or wishes to) spend hundreds on items just so that they’re guaranteed to last.  The most realistic plan is to be somewhere in between, because carrying on in blissful ignorance just seems wrong.

I can’t claim to live a particularly sustainable life, but my shopping habits aren’t the worst, so I think it’s a mindset I’ll genuinely stick to as the changes won’t be too dramatic.  Huge online shopping orders aren’t really my thing, nor do spend every Saturday filling bags and bags on the high street, and I already wear lots of items I’ve had for years.  I’m not joking when I say I still wear clothes I’ve had since I was twelve!  Many of my favourite items have been charity shop purposes and I’ve always been pretty thrifty.  There are lots of handmade clothes in my wardrobe too, (although I’m aware that doesn’t make clothes suddenly eco-friendly as the yarns still have to be manufactured and dyed in the first place, it just takes one step out of the process).  I don’t exactly have the funds (or inclination) to be hauling loads every week and that’s fine with me – plenty other things I’d rather spend my money on, after all.  I’ve been lucky enough to work with quite a number of clothing brands over my 5 years of blogging and that’s obviously contributed to topping my wardrobe up, but not to a crazy extent.  Mr Postman doesn’t knock on my door with new unrequested parcels every day like many bloggers receive, that’s for sure.  As for clothes that I do finally decide to part ways with, they’re either given away, donated to charity, or recycled – never thrown away.

However, my habits aren’t the best either.  Far from it.  I do like new pieces as much as the next person and can’t deny I like a wardrobe update every now and then.  Some trends pass me by (ugly Balenciaga-esque trainers and their cheap high street copies, I’m looking at you) and some I fall hook line and sinker for.  I certainly wouldn’t claim to be trend-led or fashion-forward, but I’ll admit that sometimes I’m a trend whore and jump rather enthusiastically onto bandwagons only to fall off a wee while later.  There are several reasons I wanted to cut down on new additions to my wardrobe – firstly (and selfishly), I just don’t have an awful lot more space to store any.  I’ve learnt my lesson not to cram rails too full or they will collapse on you and fixing them back together is rather annoying. My chest of drawers is already rather crammed and my box of knitwear is ahem… well stuffed.  Obviously storage logistics are nothing in comparison to contributing to the environmental issues though.  I’ve naturally (and unintentionally) cut down on fast fashion quite a bit over the last few months anyway, but am going to make a conscious effort to do so even more from here on out, only adding the odd item here and there.

One thing I do vow to do is only add select items that I’ll definitely wear.  I won’t be the most up to date ‘fashion blogger’ but when was I ever, eh?

Case in point: flowy midi skirts.  I’ve been cooing over midi skirts for a while and feel like they’re perfect for my style, so if one item could update my wardrobe, that would be it.  I’ve been tempted by the leopard print versions that are in every shop under the sun right now, but hadn’t found The One that felt perfect for me, and a trend-led item isn’t exactly something I want to splurge on in order to find it.  I still fancied a piece of the floaty midi action though because I think it’s something I’ll genuinely get lots of wear out of, so when I spotted this Zara skirt for a measly £6 in TK Maxx I was a happy gal.  Not leopard print so not as obviously ‘OMG Autumn 2018 the time everybodyyyy wore leopard print skirts’, but not too far removed.  A midi skirt that I’ll wear with jumpers and boots for a Monday morning trip to B&Q and my nan’s house, with big cosy knits and thermal tights when it’s positively frigid, and probably with a lil’ cropped top and trainers next Summer too.  So that’s one carefully chosen new item in my wardrobe.  There won’t be many, so I’ll try to make each one a good’en.

Oh and I shall never title a blog post ‘the XXXX you need in your life’ again because well, I don’t need it and neither do you.