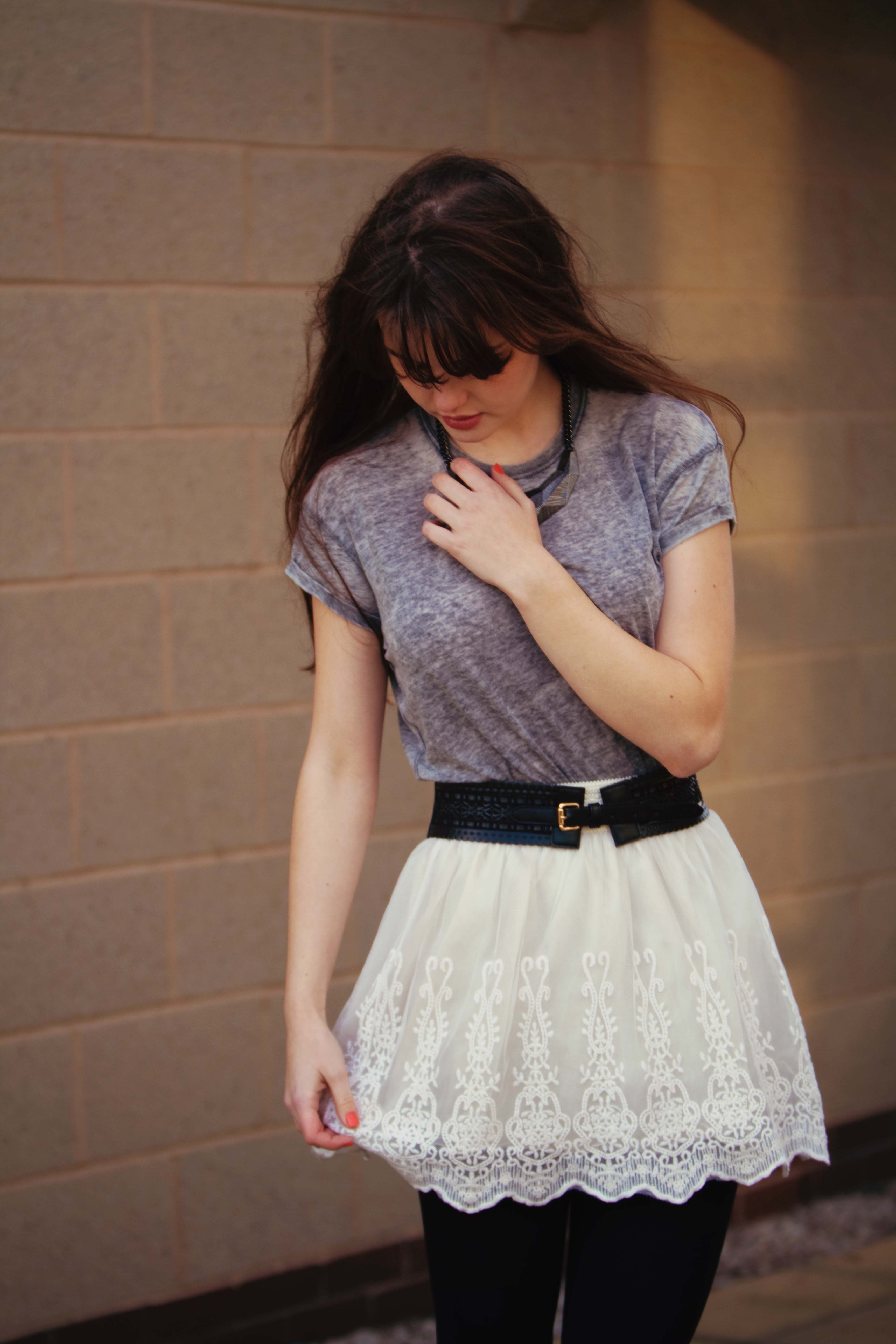 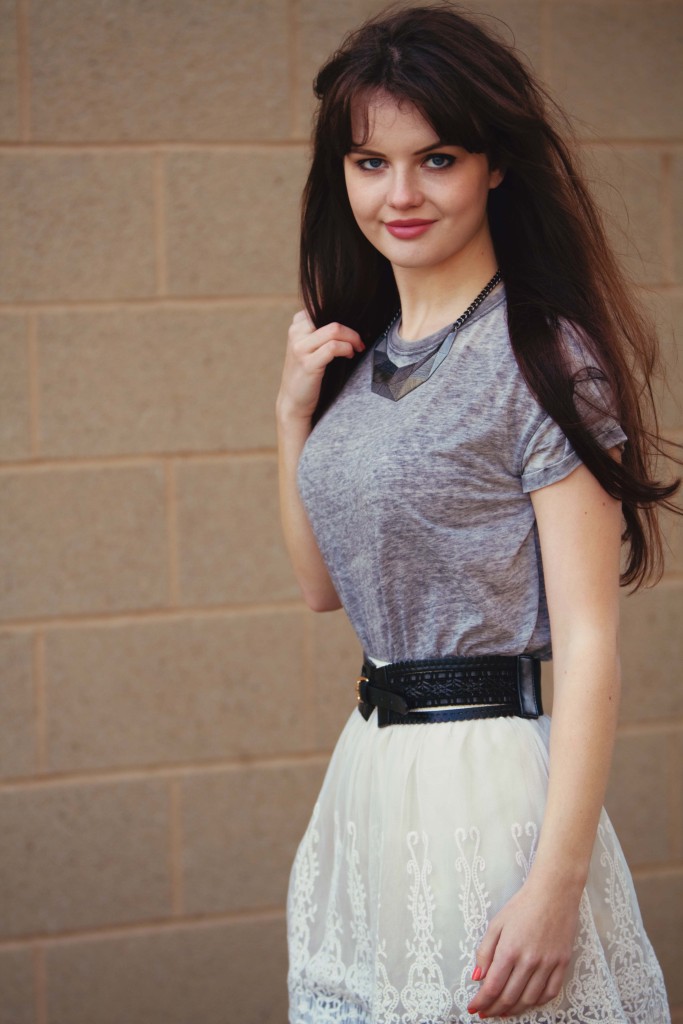 One week into January and I’m pretending it’s nearly June already!  You’ve seen my coats plenty times, there’s no point hiding every outfit under loads of layers.  I can’t decide whether I prefer winter or summer dressing. 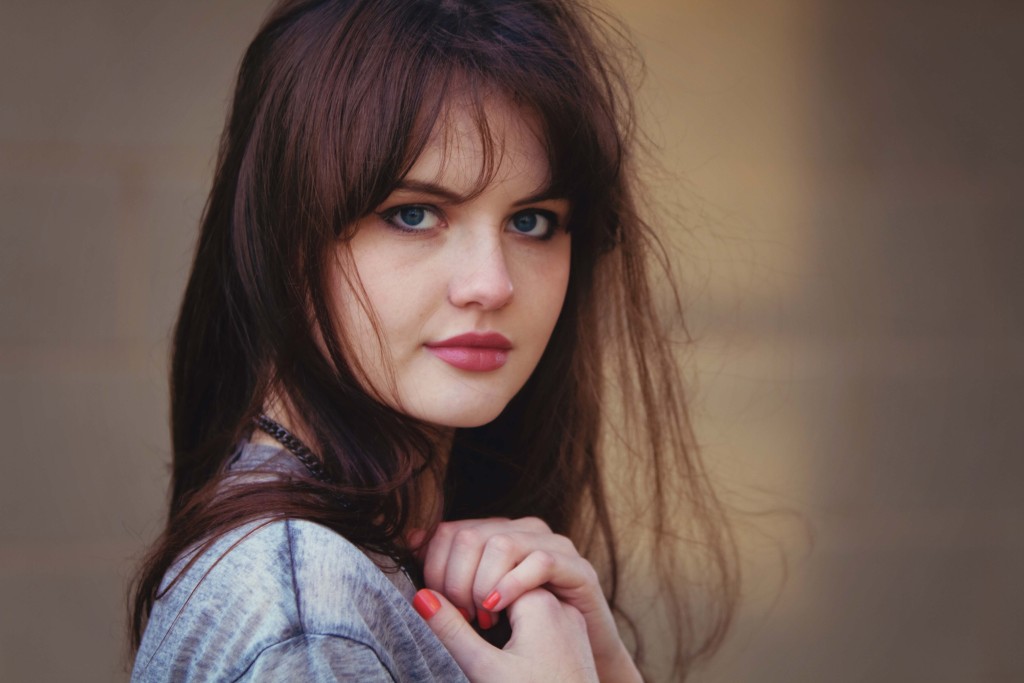 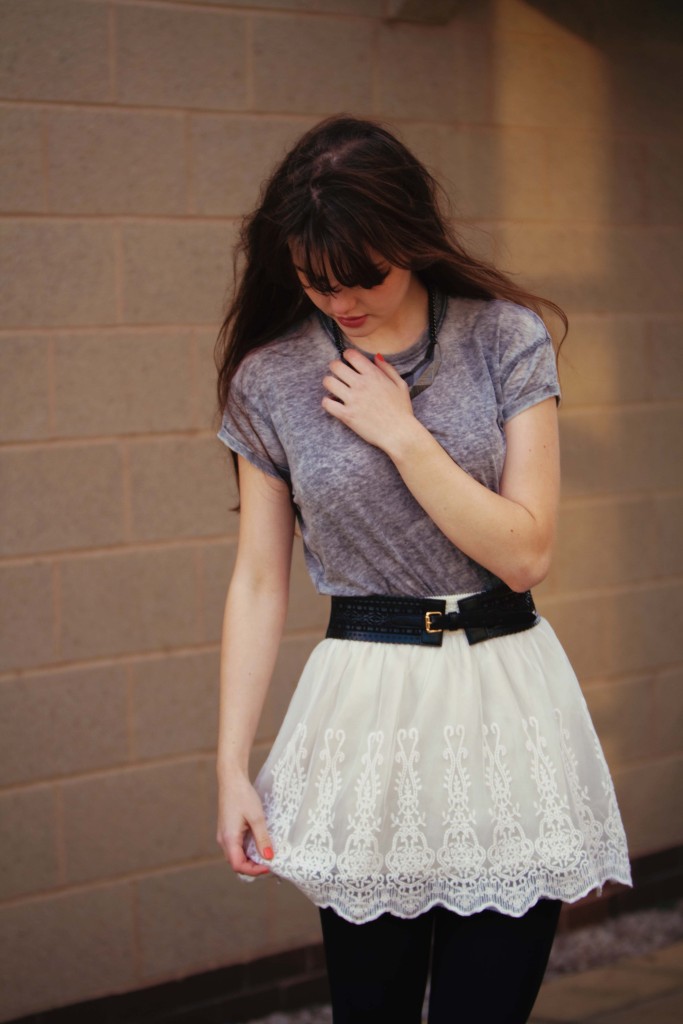 Stick a belt on over anything and it looks 10x better!  I know this one looks a bit wonky but I thought I needed some black elsewhere in my outfit other than just my legs.  Even though I bought this skirt purely because I thought it was cute, without much idea what I’d wear it with, it actually goes with loads.  Not that a plain grey tshirt is a styling innovation exactly, but it goes with girly things and boring stuff too. 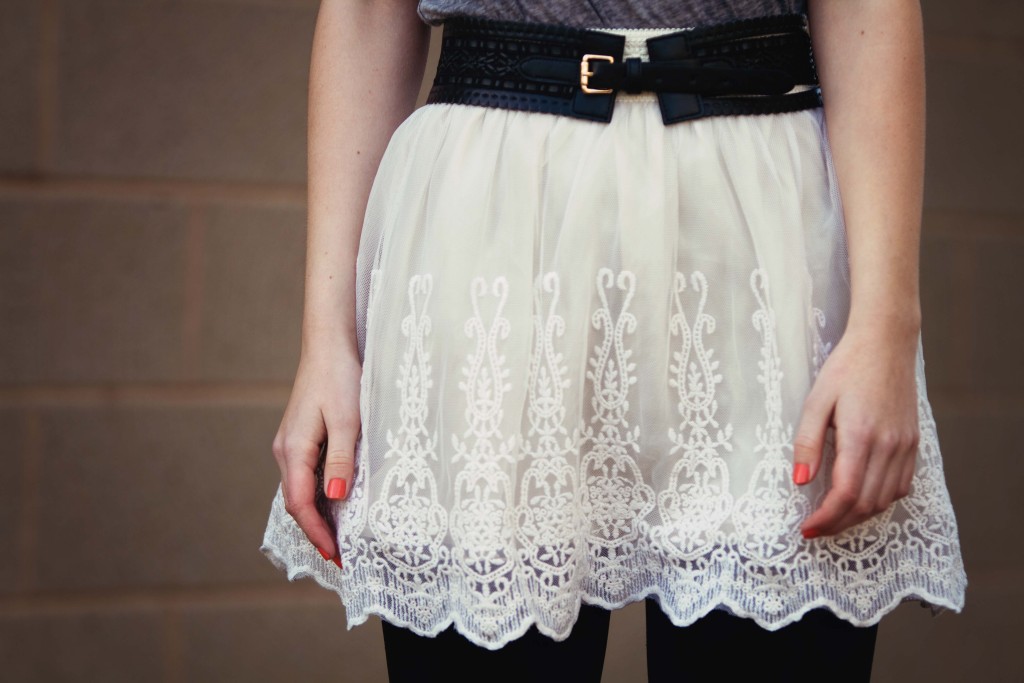 I’m wearing Porchester Place by Nails Inc on my nails – the bright orange is a colour I wouldn’t necessarily have chosen for myself but my friend Helen gave it to me for my birthday and I love it.  Sometimes I think my friends and family know me better than I do!  I wouldn’t say I particularly have a ‘comfort zone’ anywhere clothes and beauty are concerned, but it’s nice when others pick things just that you wouldn’t necessarily have gravitated towards. 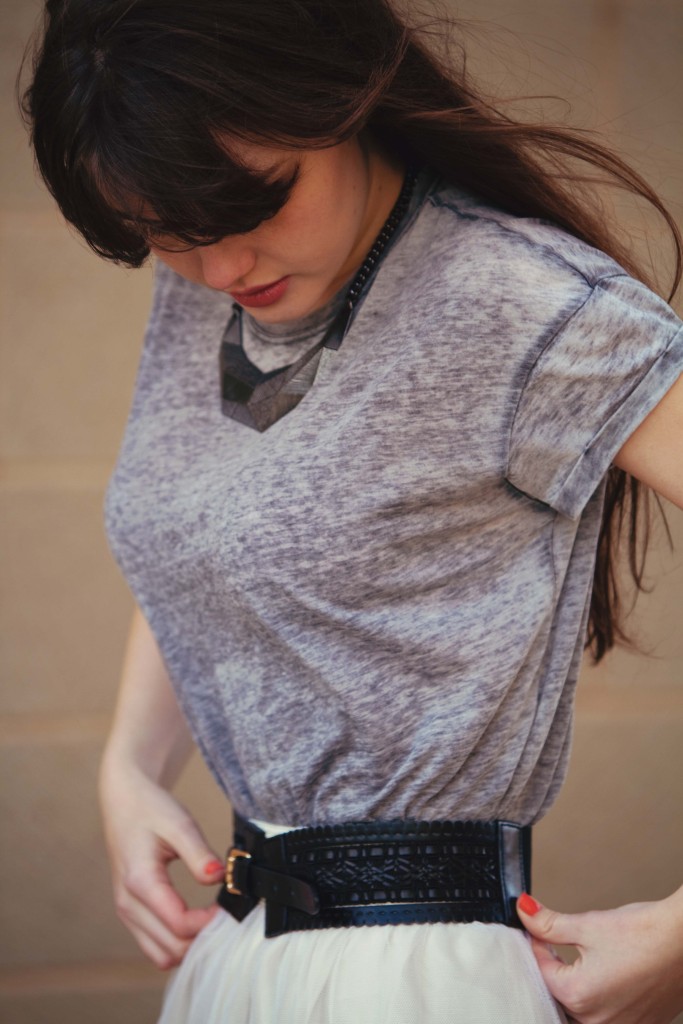 How’s everyone’s week been?  TGIF, that’s all I’m saying.  TGIF every week, even though this one has actually been alright!  I said in my New Years post that I was gonna jump on the January fitness bandwagon, and I’ve done exactly that.  Haven’t missed a morning yet this week!  The launch of the new FitnessBlender website with the calendar feature has really helped me keep my pledge to stop wasting time.  My workouts have been clicked in days in advance, so no messing around choosing videos in the morning!  On Wednesday I went for my nice long run too, in he rain because I’m a daft bugger that does that kind of thing.  Running when it’s pouring down isn’t actually that bad; when you’re not bothered about staying dry, rain isn’t as annoying!  I’m looking forward to being back at work tomorrow with the little dancing girlies too, they’re so cute and make me laugh so much.