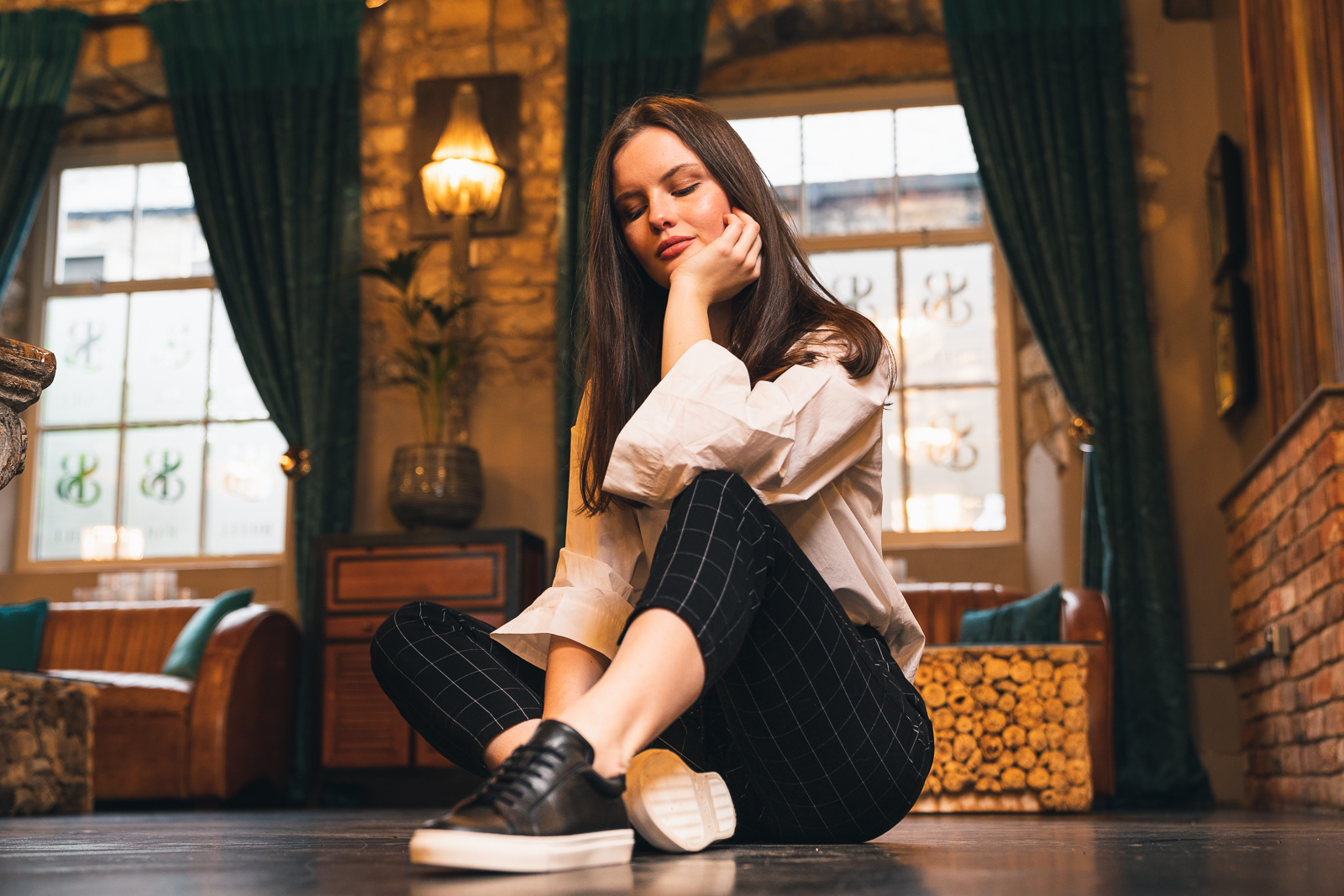 Writing ‘hey look at my new shoes‘ feels a bit odd when everyone’s going mad over loo roll and tinned food without a care for clothes, but I don’t think there’s anything to be gained by deleting all blog posts I had planned. Buying a new pair of trainers is probably fairly low on most priority lists, but it’s more important now than ever to support your local businesses, right? So yes, look at my new shoes, that you may not buy now but hopefully might at some point in the future.

You may remember I worked with LANX Shoes last year on a little project styling their men’s collection, after I unwittingly bought a pair of men’s shoes and proceeded to wear them all Winter. So of course I was happy to be involved with the launch of the 2020 collection too, which features classic brogues and boots, new brogues and boots, and trainers. Or sneakers, I should say – I’ve always called this type of shoes trainers for fear of sounding like a wannabe American, but apparently there’s a technical difference between the two. The type of sole makes these sneakers, so there you go (still trainers to me but I’ll let them have it). Technicalities aside, what makes Lanx stand out to me is the fact that they’re a Lancashire brand (clue’s in the name), and I’m all for supporting local businesses when and wherever possible. The sneakers are produced in Sheffield so they crossed to the dark side (I joke, I love Yorkshire really), but they’re still made in the UK. In the North too, which is even better. Obviously made in UK = fewer airmiles = better for the planet, so I’m wearing these safe in the knowledge that they’re made by a company with a conscience. The exact kind of brand I hope make it through this current crisis in one, totally-intact, piece.

As for the shoes themselves, I wanted to give them a proper test run before passing on any recommendations, and I can confirm that they are indeed very very comfy. Comfy enough to walk 8km in on their first outing, which is more than I can say for half the shoes I own. My red and white sneakers are now on almost daily rotation (well, on the days I leave the house), and I’m sure they’ll continue to do so for quite some time. Plain trainers just go with everything, don’t they?

I’m not proud to admit that I used to buy Primark pumps knowing they’d last the summer but be trashed at the end of it – not happening any more! That kind of purchase just holds no appeal. I wear white trainers ALL THE TIME in Spring/Summer so a high quality pair that will last for years is just a better decision. Last year I invested in a pair of Vejas that were 100% a great buy; I wore them constantly, and they’re still in great condition ready for another summer of heavy use. So I knew a kinda-similar-but-less-sporty-and-made-in-England pair would be just as useful.

If we’re talking items that go with everything, bright red shoes might not seem like the obvious workhorse option. Red shoes just work for me though – if I had to choose one colour to wear for the rest of my life, red would certainly be it. I distinctly remember owning a pair of red canvas Mary Janes when I was around 11 and forgetting to pack any other shoes for a family trip to the Lake District – they had to make do for bike rides, man hunt games, family dinners out and all manner of 11 year old’s activities. In my infinite wisdom I said to my mum at the end of the trip “red shoes go with everything, don’t they?” and 11 years later, I still agree. This was confirmed by the cheap pair of red pumps I wore lots and lots, and I bought a white and red pair of Saltwater sandals last year too. They say leopard is a neutral, but to me, red shoes are basically neutral too. I feel like I’m getting to know my own style better and better lately and red shoes are definitely it.

The guys at Lanx said they weren’t 100% convinced about the red sneakers and were umm-ing and ahh-ing whether to produce them or not, but I managed to convince them they’re a good idea. Someone back me up now?

I’d hoped to shoot these out and about on the sunny Lancashire coast but storms + self isolation but a spanner in the works, so hopefully that’ll be possible this Spring / Summer / god knows when. In the meantime, here are the campaign photos – I had a great time shooting for these guys at Holmes Mill in Clitheroe once again!

Shoes aside, let’s keep going with normality where possible, look out for each other, and leave Radio 1 on in the background because it’s the most uplifting station right now. Hope you’re all as well as can be.

This post is part of a paid collaboration with LANX Shoes