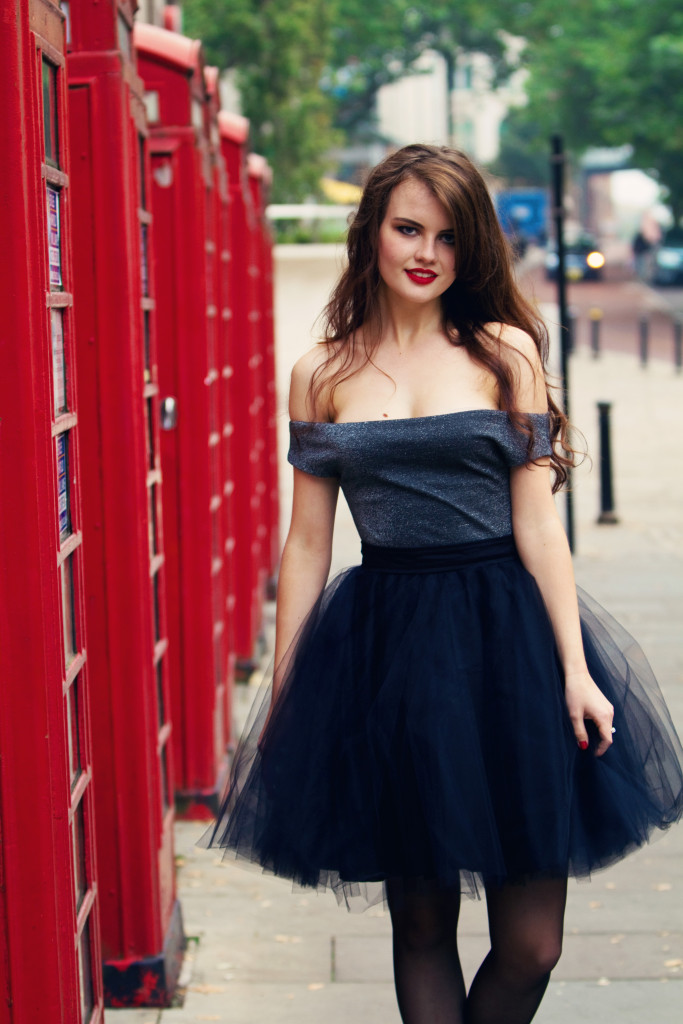 *This post will contain a record breaking number of cliches – just putting that out there!* 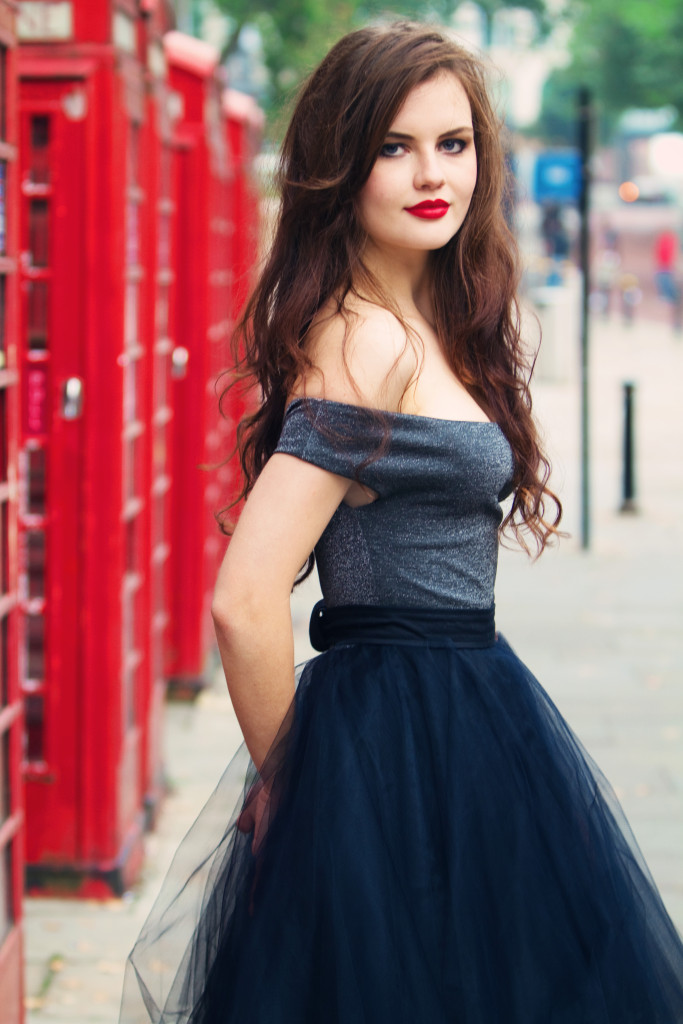 Tulle skirts must be up there with the best of the blogger clichés, but I don’t care!  Jones + Jones dresses are fab.  (Remember that beaut red dress I wore here and here?  Love it so much!).  So when they contacted me again about their Made In Britain campaign, I wasn’t exactly going to pass that one up.  I’m not gonna pass up anything that involves dressing up and prancing around to show off something British, let’s be honest. 🙂  Every single one of their dresses are made in London, so they’re pretty and ethical with being ‘locally’ produced.  Reduced carbon footprint with less shipping and transportation and whatnot!  All good. 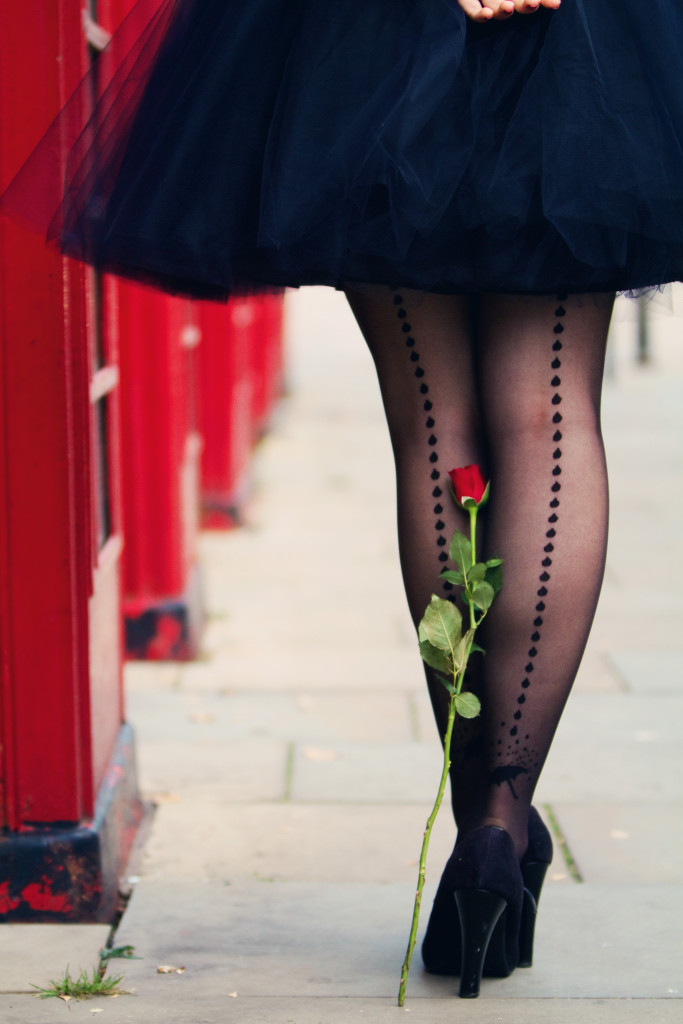 The campaign tagline: ‘What defines Britain?’

No.1 would have to be drizzle, hence the nod to rain and umbrellas on my tights.  Banging on about the weather – Brit cliché no.632 from Lily!  An unplanned one today though – I just picked up these tights in Primark, popped them on with my dress ’cause my legs were a teensy bit erm… pasty… and later realised they complete the British theme perfectly.  Nice one Lil.💁  Red telephone boxes are about as quintessentially British as it gets too.  Can’t say I’ve ever actually used one but hey ho!  You know us Brits love living up to our own stereotypes.  Give me ALL the afternoon tea! 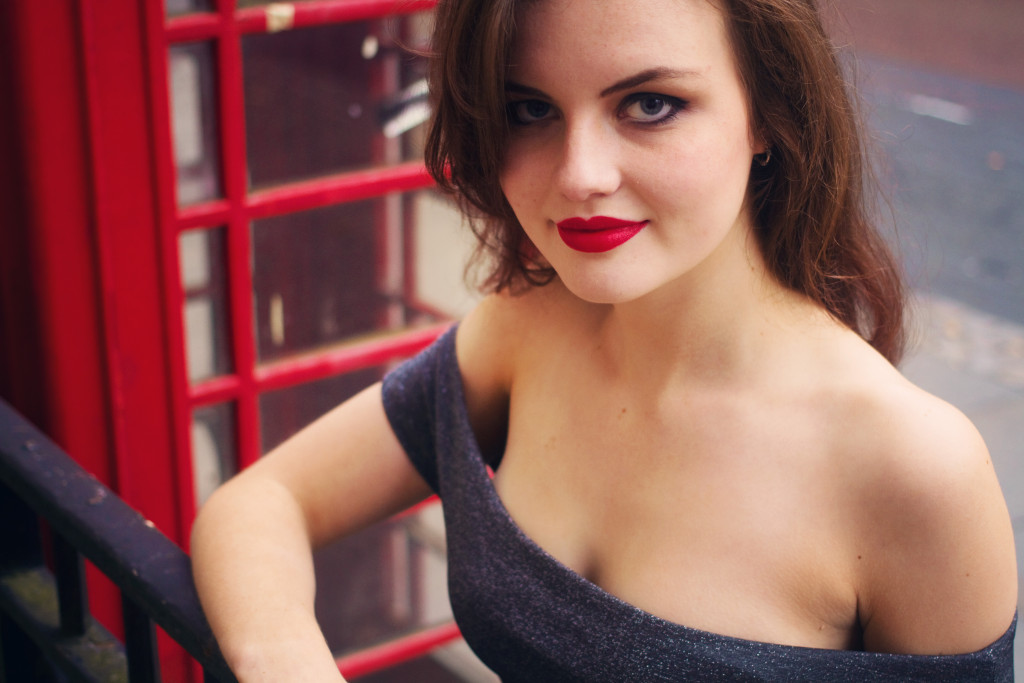 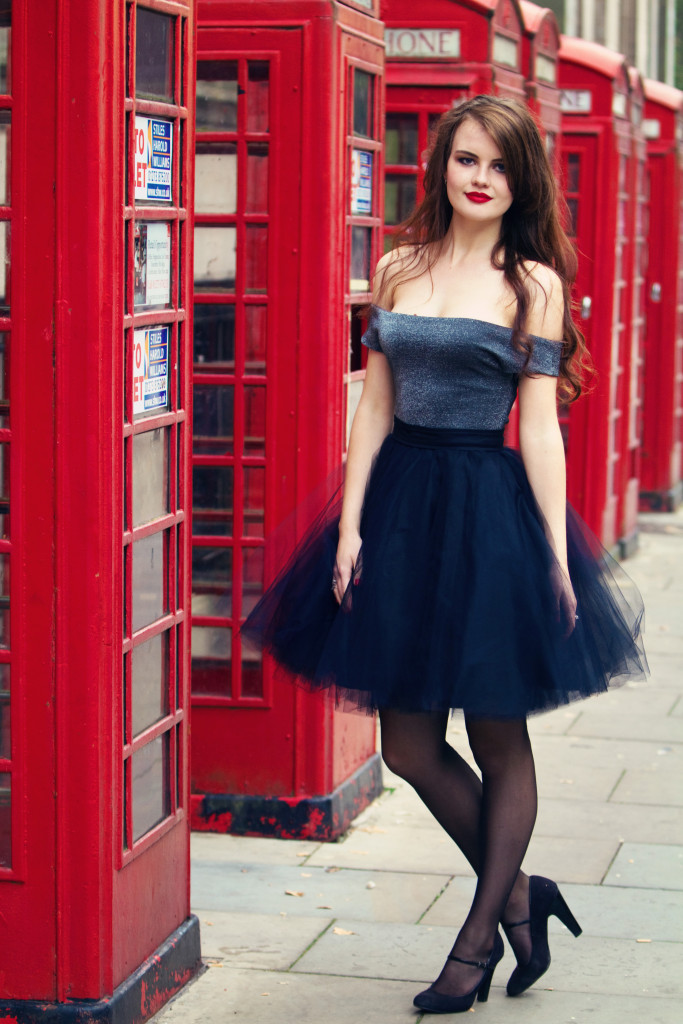 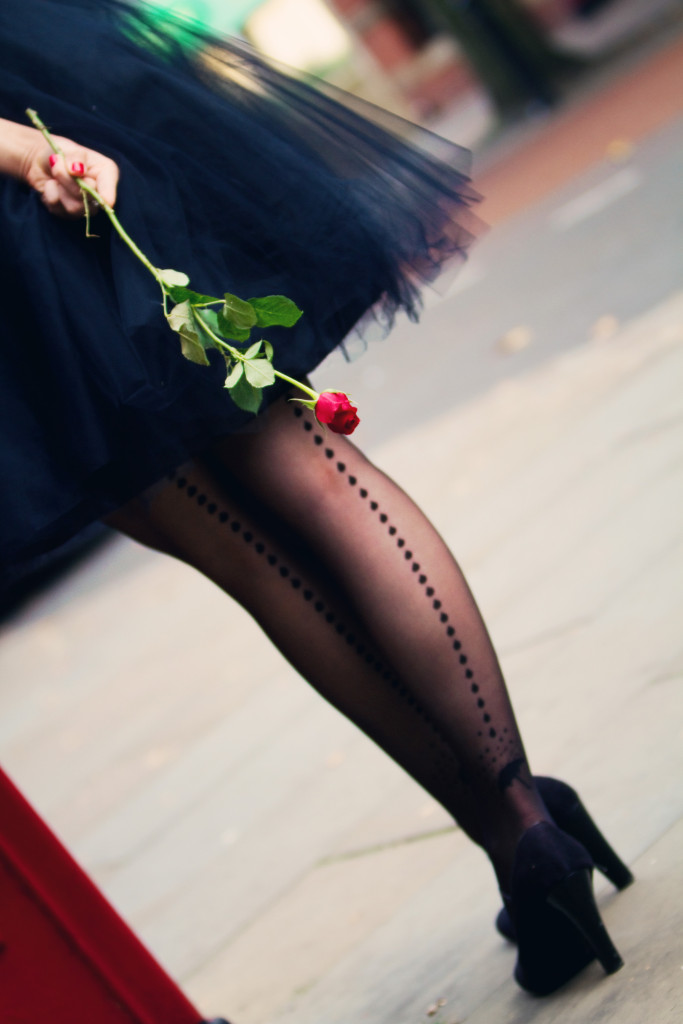 How could I pass up ‘wearing the rose’ too, when England are playing in the Rugby World Cup in Twickenham tonight!  We know from this post at a rugby beer festival that I’d make just about the worst rugby player to ever grace the Earth, but that hasn’t stopped me strangely getting into watching it.  So much more entertaining to watch than football!  So yeah, that’s pretty British isn’t it?  The England/Australia game is on the telly in my house tonight anyway haha.  They’re out today if the Aussies win, and that ain’t on! 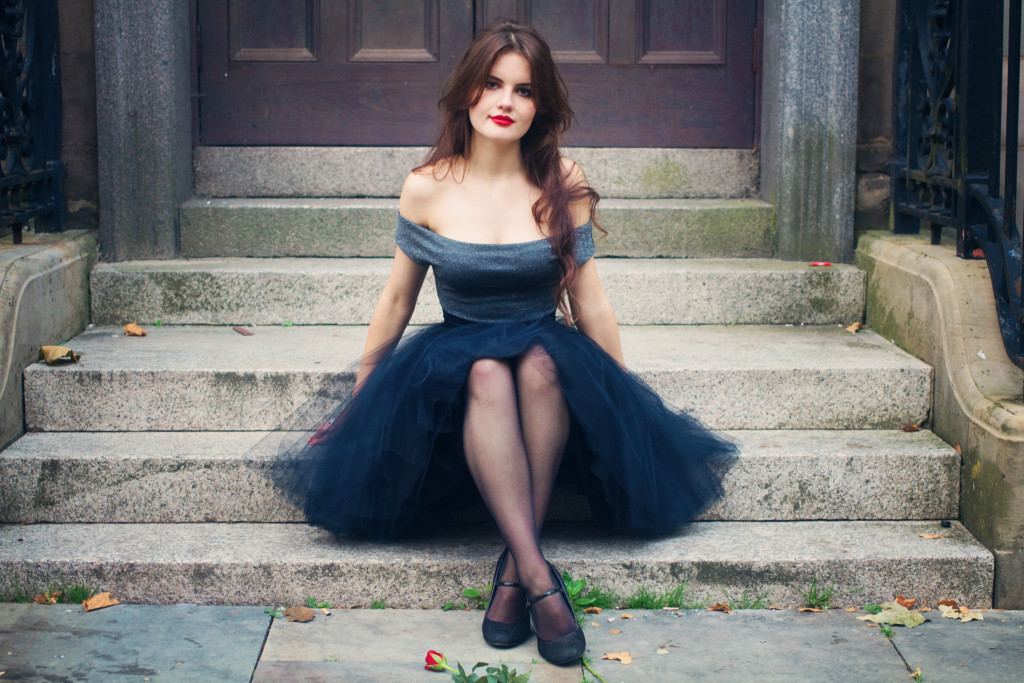 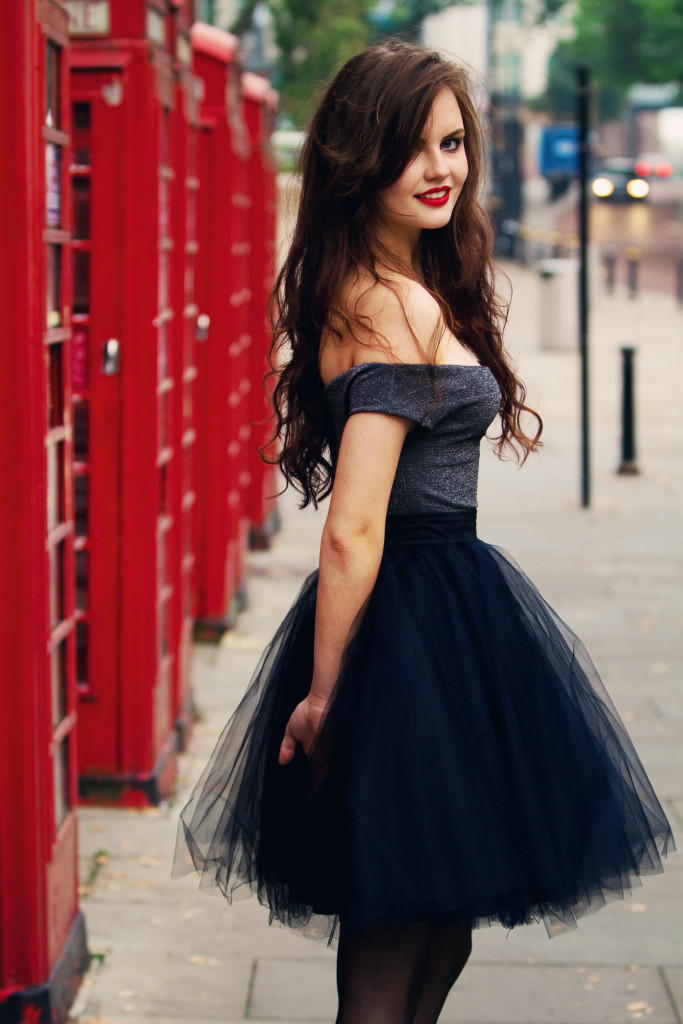