all about the midi 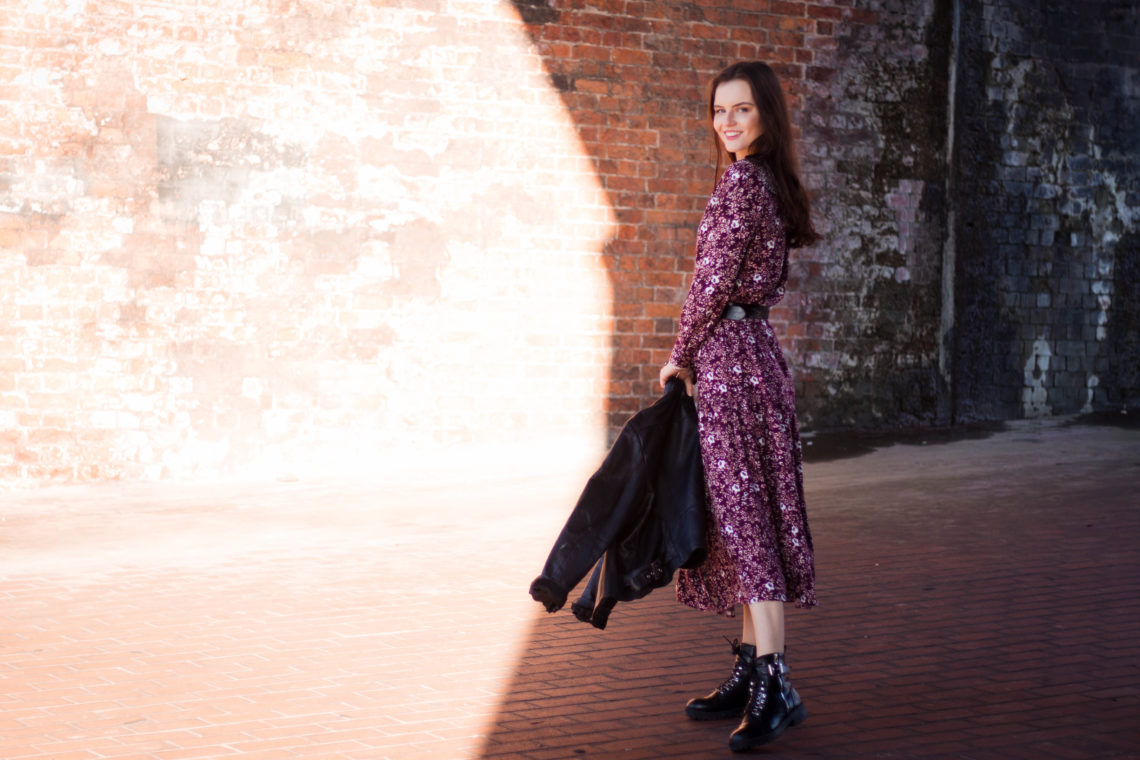 *Writes 1000 words about a particular type of dress*

Ahem.  A dress worthy of a few hundred words though, don’t you think?  Given that I bought this exact same frock for both my mum and I (God bless the M&S yellow sticker sales), I would say so.

Midi skirts in general are worthy, anyway.  They’re absolutely bloody everywhere at the moment and I must say, I’ve fallen head over heels.  Head over shin, more accurately.  I cruised through a few high street websites (in the name of research, obviously) and on every single one, selecting ‘all dresses’ brought up more below the knee numbers than anything else.  That definitely wouldn’t have been the case a few years ago, especially on the likes of Topshop or ASOS.  Even the brands that were very much associated with bodycon dresses that you order as an emergency Friday night outfit purchase have shifted to the dark side and embraced the long floaty hemline.

Remember a time when an outfit had to be short, tight and at least a bit revealing to be young and cool?  I sure do, and I certainly wasn’t the kind to be overly concerned with being ‘cool’.  We rolled our skirts up at school because god forbid the hemline actually reach your knees like it was supposed to.  Granted a knee length pleated navy skirt with a shirt and tie tucked in would still probably look dowdy and I don’t really know what teenagers do with their school skirts these days (grandma Lil over here), but the same used to apply to other skirts and dresses too.  Short was the way to go in 2013, wasn’t it?  You just wouldn’t really have seen young people wearing something down to their knees and swishy.  I’ve said before in blog posts that I don’t like baggy on baggy outfits (or chunky shoes…), so I’ve certainly done a 180.  Obviously trends come and go and people wearing something they wouldn’t previously have been seen dead in is nothing new, but I think there might be a little more to it on this occasion.  That could just be me thinking too deeply about skirts to be fair, but I’m nothing if not an overthinker.

Basically, more ‘covered up’ dressing has become the norm (she says, wearing a thigh high slit that nearly flashed my crotch multiple times).  I won’t say ‘modest’ because I really don’t like that term and its implications, but hopefully you know what I mean. ‘Demure’ is maybe a slightly better term, but the Oxford definition of that ‘(of a woman or her behaviour) reserved, modest, and shy’ isn’t great either. Somehow I doubt that midi dresses are popular because people want to cover up more these days; I think it’s more a case of covering up no longer being seen as frumpy. Not sure why!  But it’s not just midi dresses – baggy jeans are rivalling the spray on skinnies, wide leg trousers and oversized jumpers are everywhere, and I don’t see nearly as many short-ass shorts as I used to.

Of course it’s not just the folks under 30 that are on the midi bandwagon – this trend is ageless, as it damn well should be.  Evidently, since my mum and I now have to plan to avoid wearing matching frocks.  We have similar taste and somehow manage to never clash, but rarely wear the same actual items.  However, the humble midi dress ticks both our boxes.

So, the midi dress. It’s a winner because…

The length isn’t critical.  I’m forever finding skirts and dresses to be way too short on my 5’10 frame.  I’m yet to find a pair of Zara trousers that actually reach my ankles and have perfected the art of judging whether a dress will flash my arse just by glancing at it.  A midi though?  It doesn’t really matter it ends just below the knee or skims the ankle, the overall look is the same.  Voila, an item for everybody.

It’s trend piece (kinda) that’s easy to wear all year round.  By definition these kind of dresses skim and float over your body, and no matter what shape or size, we all have days where we want that touches your body as little as possible. A midi is just easy to wear, and you needn’t worry about your hem riding up and exposing your backside (anyone else constantly tap the back of your leg when wearing a short skirt just to check it’s still there?).

It can be quite bold but doesn’t seem scary.  Maybe because it’s comfy, simple, and as mentioned before, rather demure?

It’s neither too formal or informal for most events.  They look good with comfy flat shoes, like these boots that I’ve worn pretty much every day since I bought them, but whack on some nice jewellery and a pair of heels and you have an outfit to rival jeans and the nicest-of-nice tops.

It’s a winter uniform that isn’t jeans a jumper.  Hallelujah for that.   I love my knits and denim but gawdd it gets boring doesn’t it?  If you can bear to bare any skin, an ankle or shin is the least scary in January (remind me of that when I’m stood on a freezing train platform), so it’s just about doable in winter with the addition of tights.  Will look rather darling with white trainers and a denim jacket in Spring too, I should think.

That’s more than enough reasons to be a fan of *not* getting your legs out, don’t you think? Oh and if you like the look of this particular dress, it’s no longer on the website but I’ve spotted plenty on the shelves in two M&S stores for a grand total of 9 British Pounds. Off you pop.