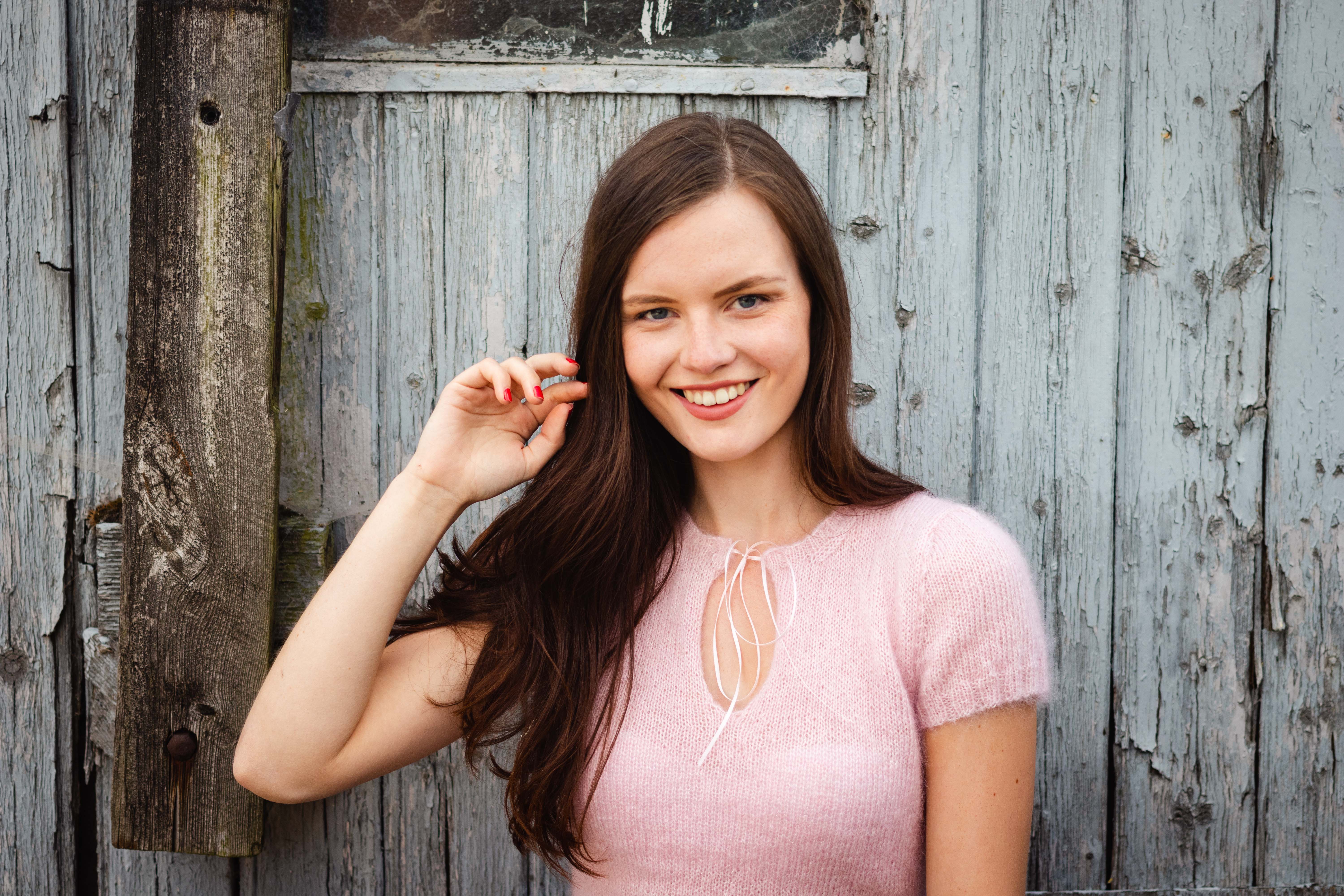 Somewhat of a pink girly theme going on around these parts lately and I’m not mad about it! Here I introduce another knit of the pink and girly variety, this time with added fuzz and ribbons if the pink wasn’t enough.

Lately I’ve flicked through many an old Rowan magazine (excellent procrastination if you ask me), and it would appear that around the time I was born was a good time to be a knitter. Now I started knitting pretty young, but I didn’t quite exit the womb with needles in hand.  How very convenient it is therefore that the pretty little knits of the late nineties and early noughties are so similar to knits I’m seeing all over Insta and Pinterest of late.  How very convenient that this yarn was in the stash waiting to be transformed into something pretty, too.  This particular pattern is Maggie by Kim Hargreaves from Rowan 31, the Spring/Summer 2002 magazine, but there are so many from this time frame that I’d love to knit and wear now.

My mum and I are both trying to use up stash yarns where possible at the moment, and these balls of pale pink fluff have been crying out to be knitted into something cute for ages. Since an April 2008 trip to the Trafford Centre in fact, the blog archives tell me. The intention was to use it sooner than 11 years later I’m sure but better late than never. It’s Rowan Kidsilk Night (the discontinued slightly sparkly version of classic Kidsilk Haze) held double, so the fabric isn’t quite as sheer and gauzy as a single strand would be and it can easily be worn with only a bra underneath. I know some people find these kind of yarns too itchy to wear next to the skin without a layer in between, but I have a pretty high itch tolerance myself so don’t even notice it. Only the scratchiest of Icelandic wool has bothered me.

May have forgotten to trim that ribbon a touch.

That’s one batch of stash yarn used up, anyway! Now to find uses for the many single skeins of multicoloured sock yarn, which may pose a greater challenge no matter how lovely they look in skein form. Compared to others’ I’ve seen, the joint stash between my mum and I is relatively restrained, however it does still take up a sizable amount of cupboard space.  There are far worse things to have on display on shelves than colourful yarn though.

Most of the knitting was by my mum on this occasion, and we’ve both been well and truly been bitten by the vintage bug. If you can call nineties and early noughties knitting patterns vintage – they’re old enough for styles to drift out of fashion and back in again, anyway. Another 2 are on the needles already. 🙂