The New Things I’ve Been Giving A Whirl Lately 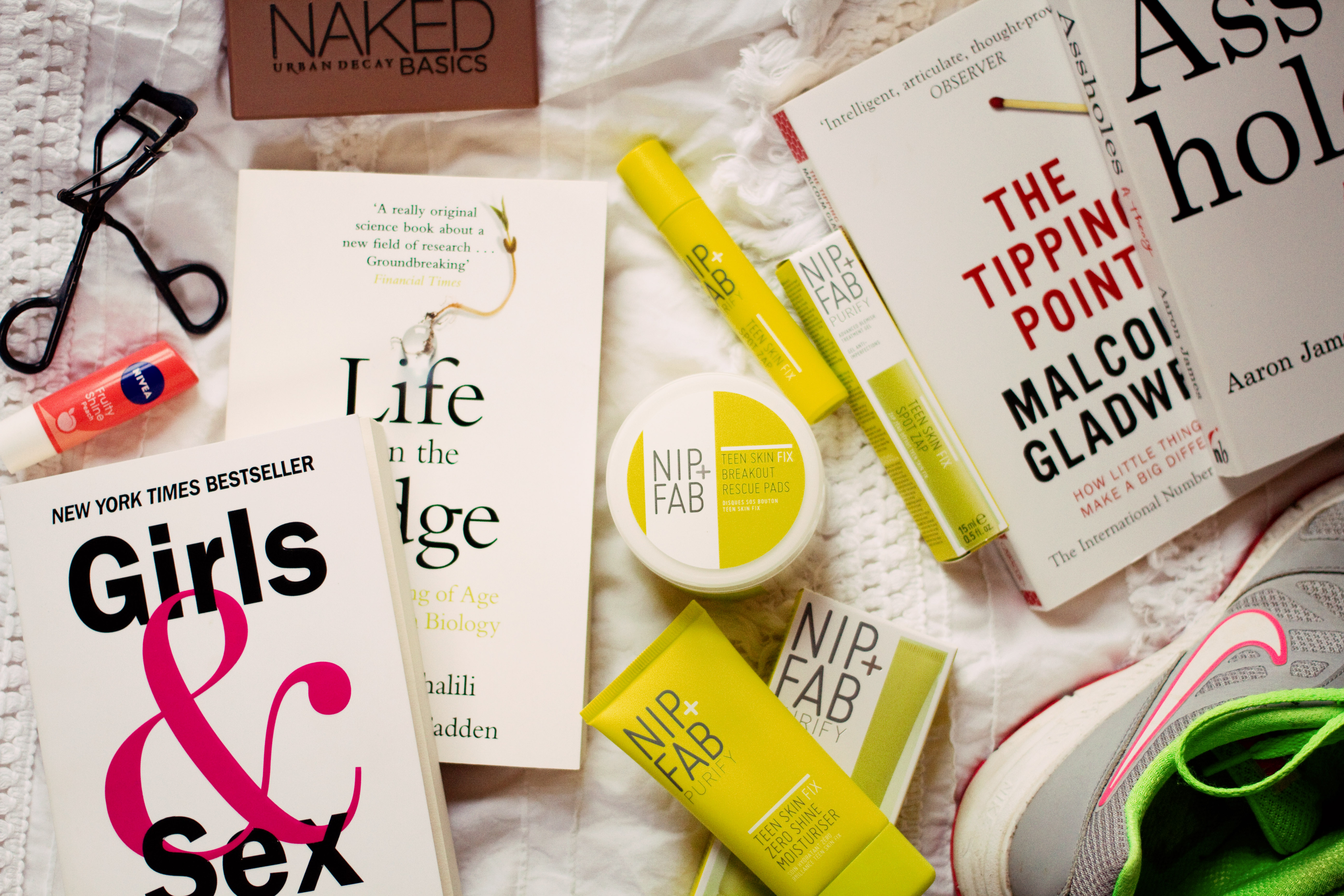 Yep this is very much an odd time to write this kind of post.  But y’know, I’m not exactly doing well with the blogger rules at the minute so to hell with it!  Yes January is The Time For New Things but I realised I’ve actually been a couple of weeks ahead of schedule.  Me!  Early!  For once in my life!  Doesn’t happen often so let’s appreciate that little fact yeah? 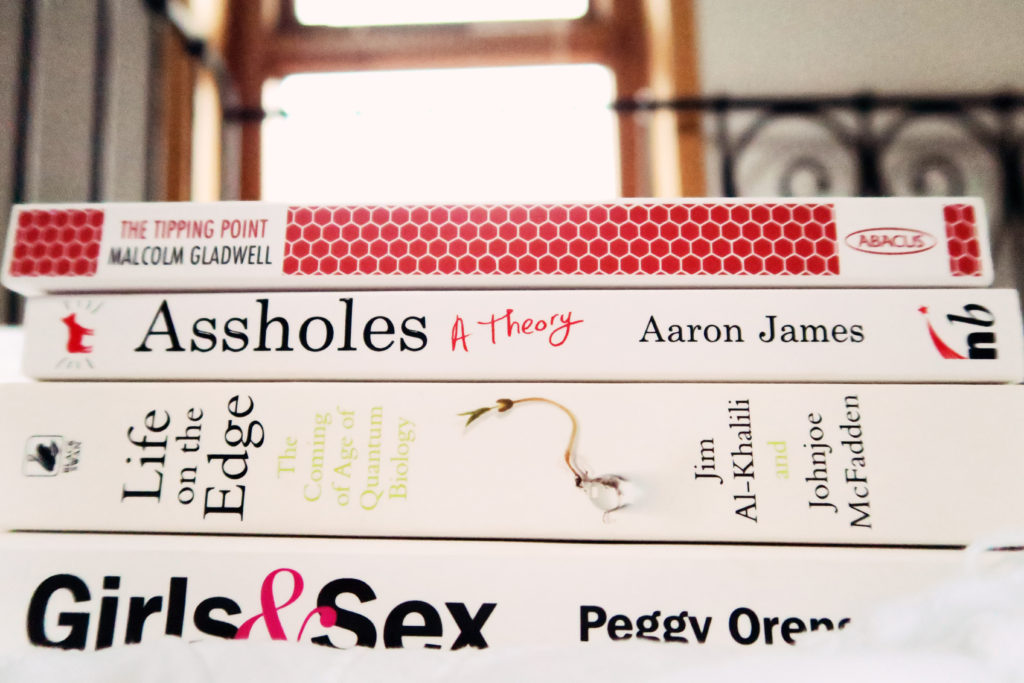 No I’m not taking encyclopaedias to bed or anything, but I am getting into what I call ‘real life observations’ books atm rather than novels.  For some reason I’m finding it more enjoyable to read about actual peoples’ actual lives – kind of like how I prefer vlogs to TV I guess!  And for someone who has never even considered studying psychology, I’m actually finding that kind of topic pretty fascinating.  Tell me ALL the body language cool stuff and how human minds work pls.  Because my mum knows my taste better than I do she picked out a perfect selection of these kind of books for my birthday, so I’m currently making my way through this lot!

So far I’ve finished ‘Girls & Sex’ by Peggy Orenstein – very eye opening, and based on the statistics and info in here about American sex lives, I’m glad to live in the UK haha!  Currently making my way through Assholes – A Theory by Aaron James which is written in an academic, almost scientific style about what exactly makes an asshole… an asshole (because there sure as hell are a few of them about), and I’ve just started on ‘The Tipping Point’ by Malcolm Gladwell too.

To be honest the reason I’m not a beauty blogger is because I just don’t have anywhere near the extensive enough beauty routine to warrant it.  I see the YouTube videos where girls use 14398 products just for their skin prep – that will never be me!  For the most part I keep it pretty basic, and have used Nivea’s original moisturiser (the plain one in the big blue tin) for literally years.  It does the job on my dry skin and doesn’t give me breakouts, but it’s also insanely rich and shiny so I only use it before bed when it has hours to soak in.  Or I’d have to leave the house looking damn near radioactive, which isn’t ideal.  Recently I’ve been trying out the no-shine moisturiser from Nip & Fab though, and my shiny woes be gone!  I have really tight skin (seriously I don’t think I’d ever want a facelift – I can’t get wrinkles in my forehead even if I try!) so it’s good to find something intense enough to stop my face feeling like it’s being pulled taut without adding a ton of shine.   I am now sorted and have almost used a bottle (tube?) already. 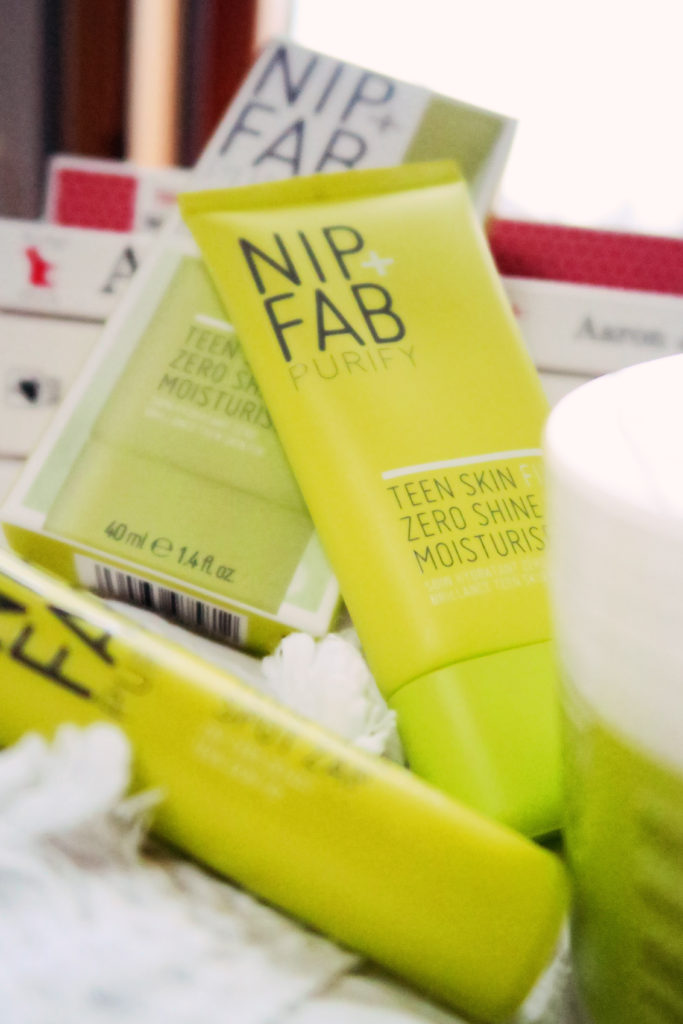 Nip & Fab kindly sent a couple more items from their new teen skin range too – I do technically have one year left as a teenager after all!  I’ve been (touch wood) lucky enough not to suffer with typical teen skin problems like acne, but I do get pretty clogged pores and occasional breakouts, around my hairline especially.  Both my 16-year-old brother and I have been trying out the breakout pads and I’ve used the spot zap treatment a few times too, and so far so good!  I usually steer clear of adding too many steps to my facial routine and keep it pretty simple but this one seems to have been worthwhile.

Whilst we’re kind of on the beauty topic, I’ve also been trying out lighter makeup lately too.  Enough to feel more human (pale skin + no makeup + barely existent eyelashes = corpse face) but not a ‘full face’.  Just makes you feel a bit more ready for life if you look more presentable!  So the faithful Urban Decay Naked Basics palette, tinted lip balm and eyelash curlers have seen plenty of use.   I’m hardly one for piling on tons of makeup anyway but it’s nice to keep it even lighter! 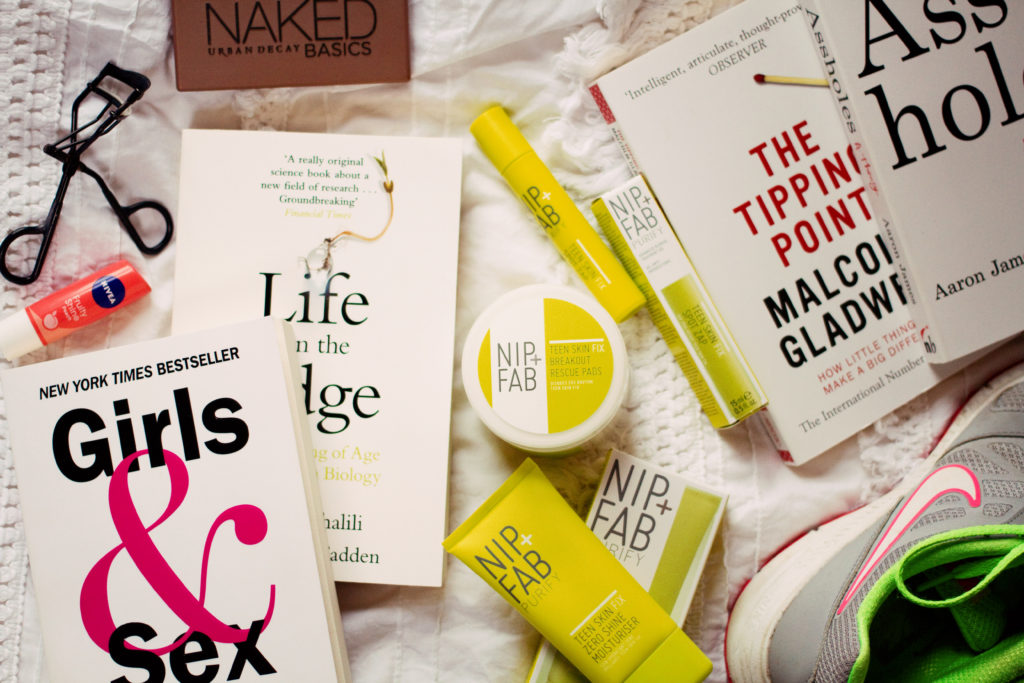 FYI I’ve written most of this laid on my back with a cat sat on my chest blocking my view of the keyboard, so if I’ve managed without typos or weirdness I’m pretty impressed with myself. 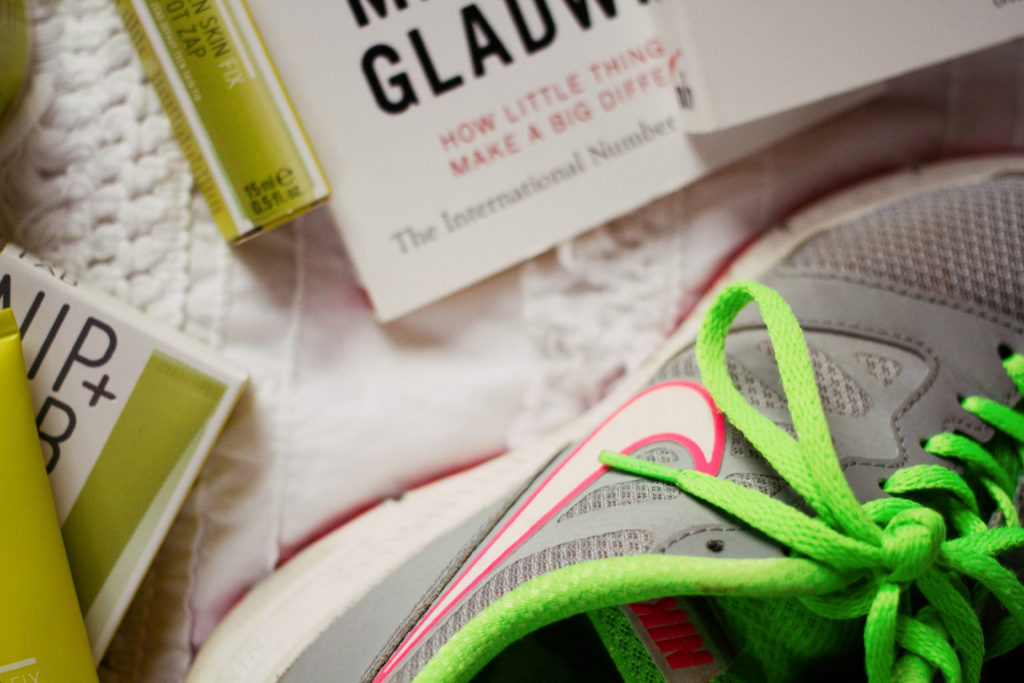 More stretching and yoga(ish) in my fitness routine

Ok so this photo is a pretty useless representation of this because A) it’s not even yoga clothing and B) my trainers aren’t even new, but a snap of my post workout sweaty gym self wouldn’t cut it.  I have, however, added another element to my workouts lately, and dedicating more time to stretching out than I used to.  My body has thanked me for it!  I used to do maybe 5 minutes of stretching after weights or a cardio class, but I’ve been making sure to grab a mat and do what could only be described as ‘wriggling around on the floor’ for at least 10 mins if not longer in the past few weeks.  At points it vaguely resembles basic yoga poses and at times it resembles a cat stretching its back.  Nevertheless, it’s something new I’ve been trying lately!

Anyone else bucked the trend and tried out new bits and bobs at the end of the year?