a change of plan | why do we take on too much? 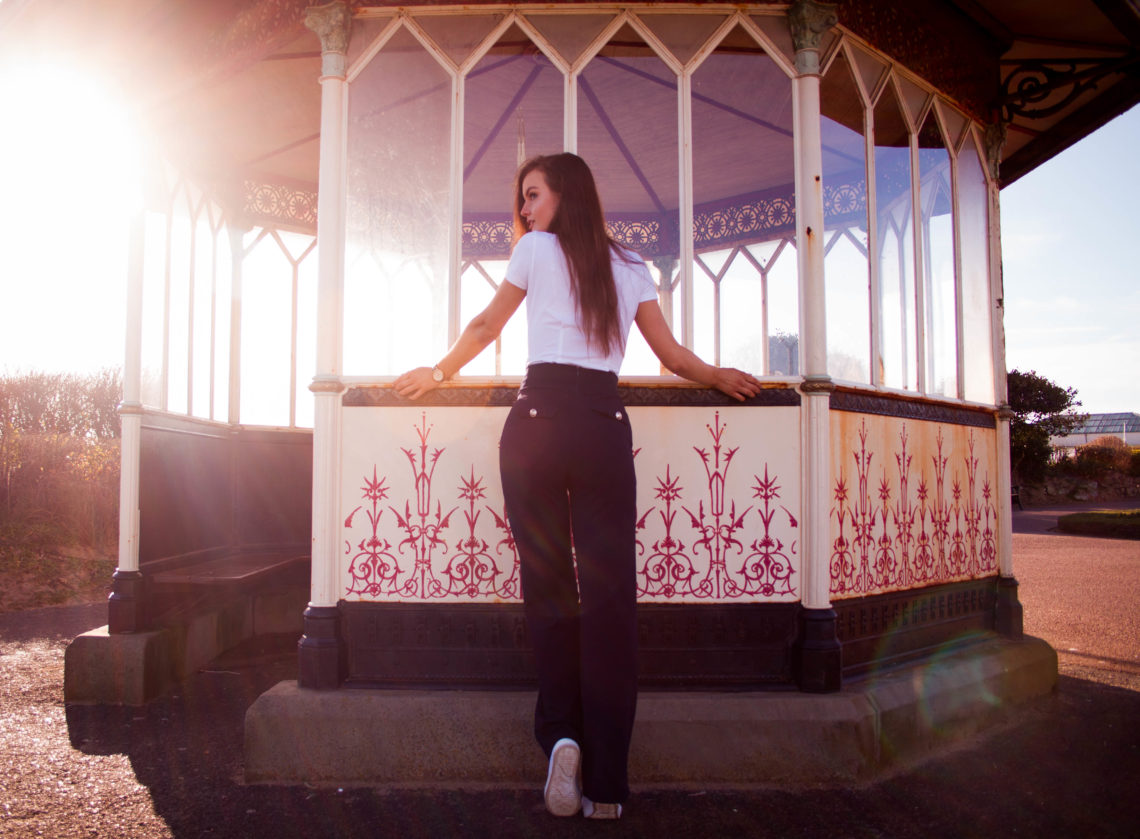 Oh hi, long time no see.  I know it’s really annoying when bloggers apologise for their absence like they think the internet will collapse without their 3 blog posts a week, but I do feel like this blog’s been neglected a little lately.  So yeah, soz blog for putting you on the back bench for a bit.  Give me a few weeks and you’ll be promoted again, don’t worry.

The reason for blogging taking a back seat?  Silly me realised she’d taken on a little bit too much.

Sometimes it takes someone else pointing out the blindingly obvious for you to actually realise it yourself.

Slightly overdramatic statement there, but bear with me! 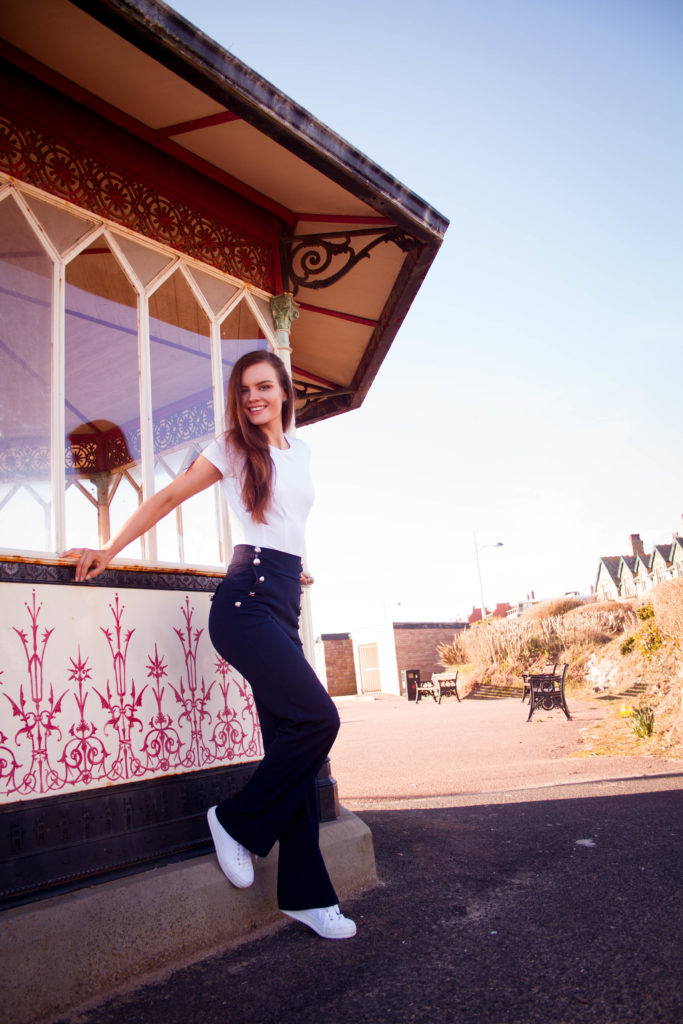 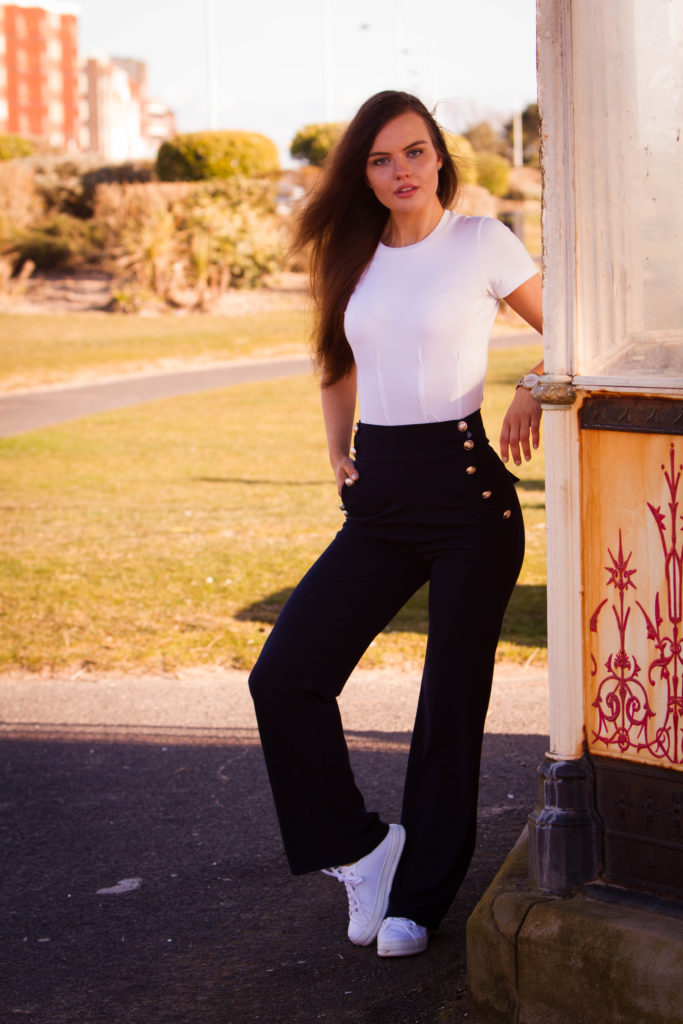 Last weekend I attended a ‘residential revision weekend’ for OU students, and literally every single person I spoke to said ‘bloody hell that’s a lot’ (or words to that effect) at the number of modules I was studying.  Then said I really am brave when I answered that yeah I’m kinda working at the same time too.  Even one of the tutors called me a nutcase, so yeah, much reassurance.  I left feeling like the weekend had been valuable and I’d learnt a lot, but my god do I have a lot of work to do over the next few weeks.  Cue panic mode setting in a little (a lot), and resigning myself to a life of no modelling work, very little blogging, and not much of a social life until exams are over.  Fun times!

You see, I knew that studying full time through distance learning wasn’t going to be easy, but only when others pointed it out to me did I realise just how much of a task it is.  Teaching yourself is hard, people, it’s hard work!  My first year with the Open University was absolutely fine – I found the actual content not too difficult, and the workload not too intense as the level 1 courses ‘ease you in’.  I wasn’t stupid enough to think the second year would be quite so easy, but boy oh boy has it been quite the step up.  What’s made it more difficult is the fact that I’ve been modelling more, and when you factor in the time spent on castings, test shoots, and travelling to and from Manchester on top of the actual shoot or fitting days, it adds up to quite a chunk of time.  Time that I’m glad I’ve spent because I’ve had some fab opportunities, met lots of cool people, and obviously earnt money, but it’s still a lot of time.  I’ve gotten used to feeling like every train journey should be spent doing uni work, and blogging should fit into my evenings, and I’d better crack on with uni work when I get home from the gym at 8pm because I’m going to Manchester again tomorrow for another 5 minute casting that I have about a 2% chance of getting the job.  Basically I’ve got into this mindset of should. always. be. doing. something, which isn’t actually that great.  Especially for as bad a procrastinator as me. 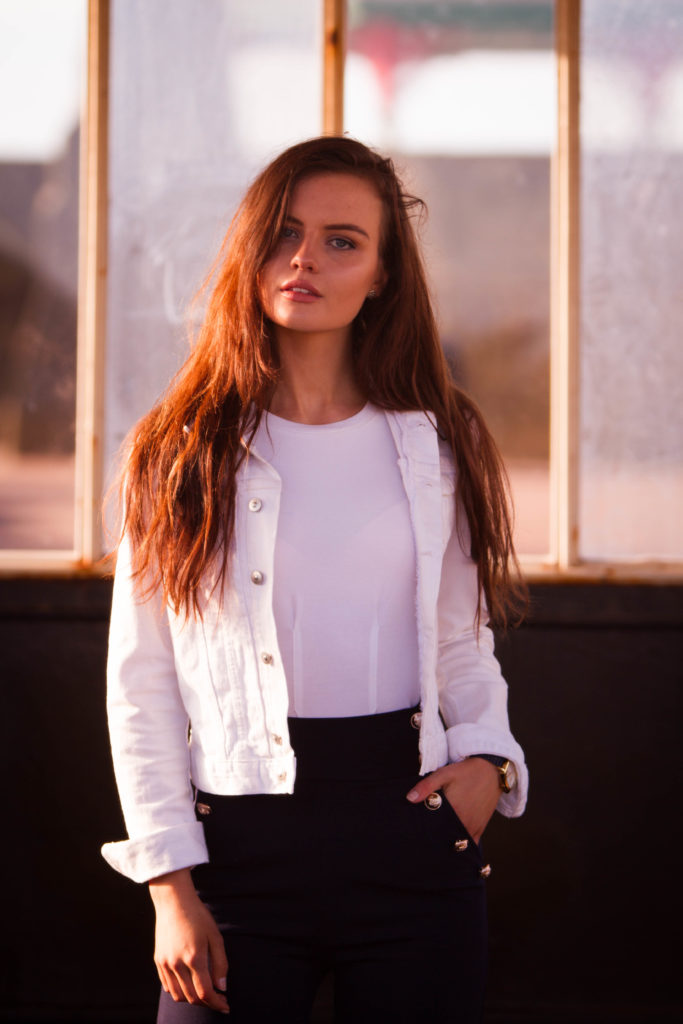 I guess I’ve always thrived on the buzz of taking on extra stuff and somehow managing it anyway.  Things like working in London (2 and a half hours away) whilst studying for my A-levels, with an extra A level thrown in there purely because I wanted to, for example.  Having my finger in many pies has always worked for me, because I like being creative but I also like studying maths and whaddya know, I quite like being in front of (and behind) the camera too.  Having a variety of things on the go makes me happy, but it also can be pretty bloody exhausting.

However, I’m slowly but surely learning that – shock horror – I am not superwoman, and if I try to spread myself too thinly, it doesn’t work.  Jack of all trades and master of none, anyone?  I won’t get the grades I want if I don’t dedicate enough time to university, my blog won’t go in the direction I’d like if I don’t write more content, and I won’t fulfill my potential modelling-wise if I turn down big castings due to uni commitments (that one’s a real bummer, let me tell you). 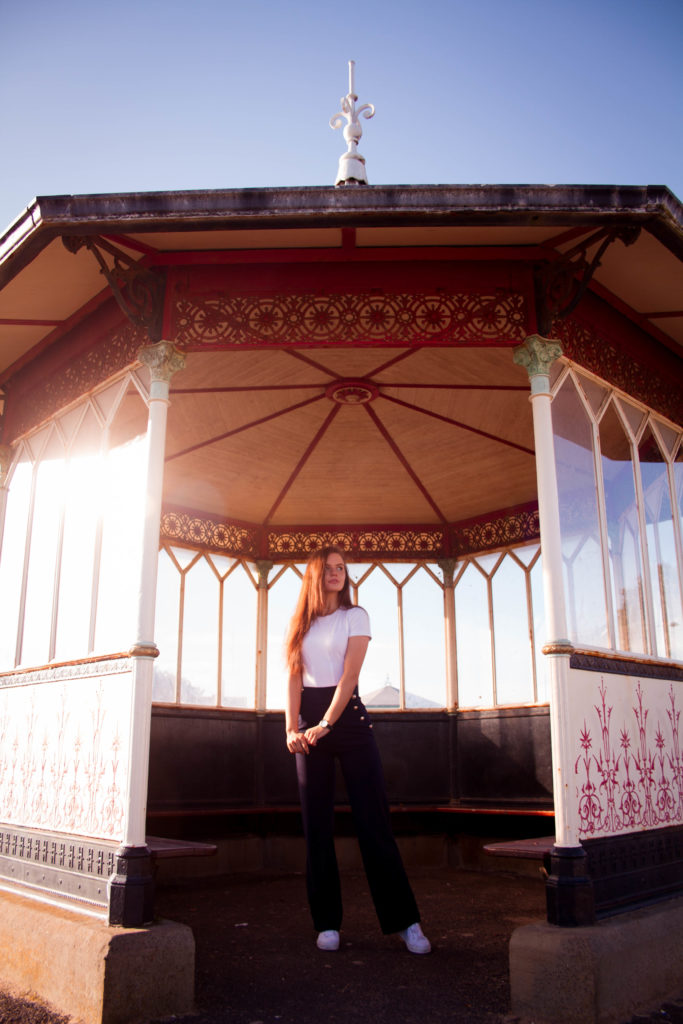 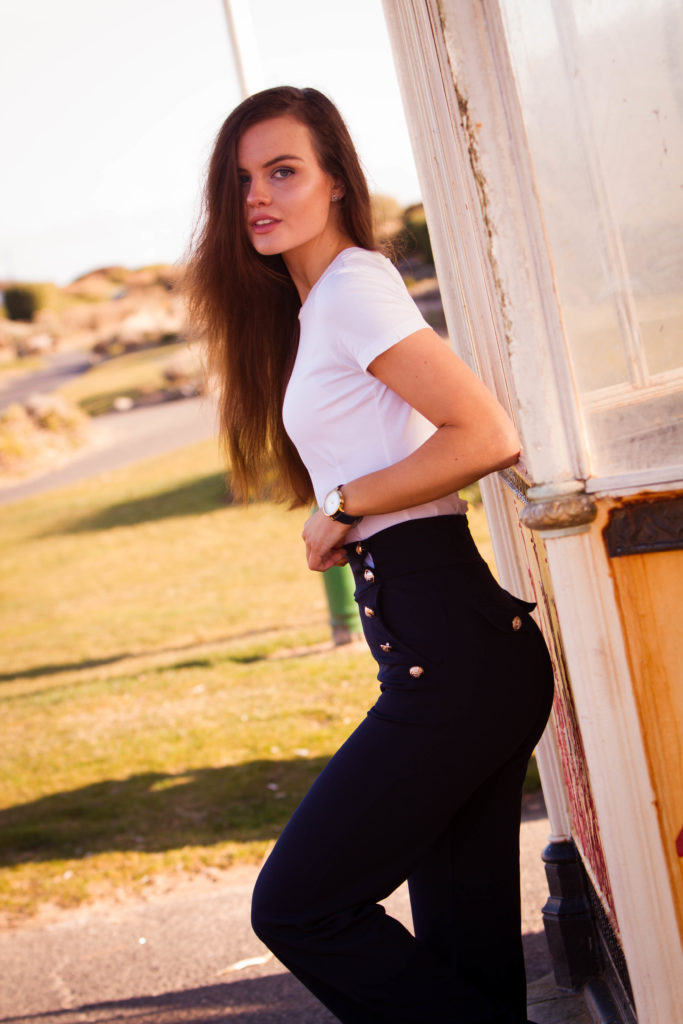 Somehow I doubt I’m the only one who’s guilty of trying to juggle too many things. I think it’s kind of a millennial mindset to have ‘I’m a This / That / The Other‘ as your bio and try to spin many plates.  Yes it’s fantastic that these days we generally have more options to live less regimented lifestyles, but does it always work out perfectly?  I’m not so sure.   There’s nothing admirable about taking on too much, don’t you know!

Anyway, I realised that it might not be a bad idea to cut back, and have a year where I don’t take on quite so much.  So the plan is to continue my studies only part time from now on (once I get these horrible scary exams out the way first) and take it from there.  My education has always been my top priority – that’s not to say I’ve been a slave to textbooks (I buggered off to Mallorca a few days before my A levels and have been known to say ‘fuck it, if I don’t know it now I’m never gonna know it‘ on several occasions) – but generally I’ve taken on quite a hefty workload academically and prioritised it highly.  Everything else has fit around it – until this year, when I’ve struggled.  Anyone who’s known me knows that I’m a class A geek and am definitely not the kind of person to sack off my education, but I do feel like it’s maybe time to give the ‘other stuff’ in my life a chance.  Might be a massive fail, but I can try!

I’ll (hopefully) be able to…

— Appreciate my subject more and remember why I chose it.  I wanted to study planetary sciences because I find it fascinating, and want to be able to take my time learning about the origins of the universe rather than trying to speed-read and pick out the most important points for the exam.  HELP ME FOR THOSE GODDAMN EXAMS SERIOUSLY.

— Dedicate more time to blogging again.  More than one post a week, what a novelty!

— Make more plans with friends, take more random daytrips, and have more weekends of just generally sallying around doing ‘weekend’ stuff without thinking I need to do uni work or write blog posts or whatever.

— Throw myself into modelling more.  I’ve just signed with another agency down in London, so that might be fantastic and all work out brilliantly, or might be a complete flop and nobody likes my face.  Who knows, I’ll give it a shot and we shall see.

— Go back to my crafty roots and get making again.  By that I mean maybe churning out more than a couple of cropped tops over the summer lol.  I can knit, crochet, and sew, enjoy doing all 3, but haven’t really had chance to be more creative with it for ages because I just haven’t had the time. 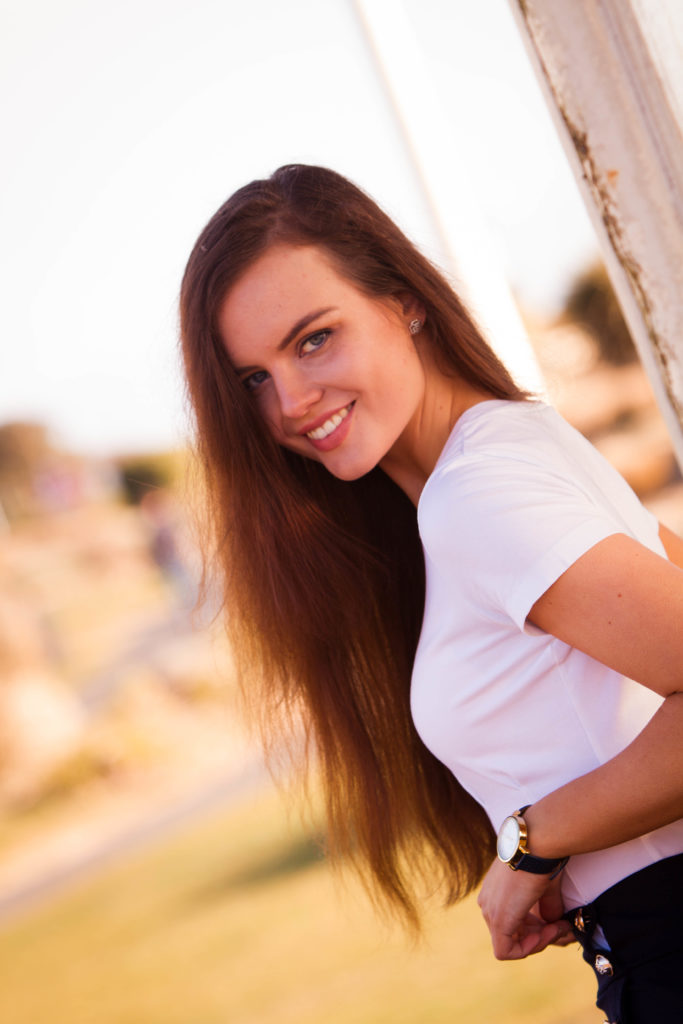 So yes, I’ve had a bit of a rethink of the old life plan.  God knows when I’ll finish university and I’ve not a clue what the next few years hold, but I’ve learnt my lesson about taking on too much.  Slow learner, eh?