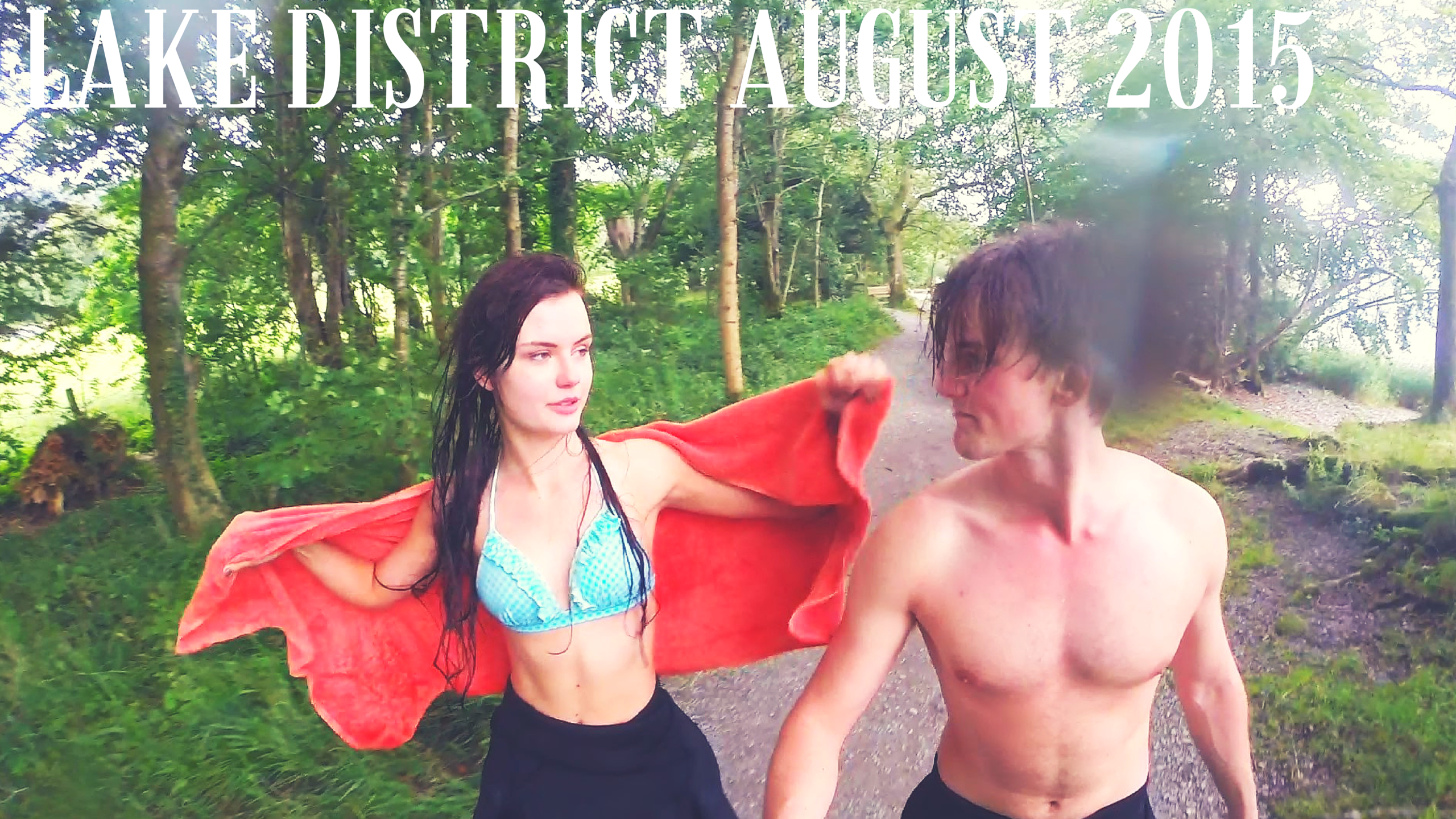 Long weekend time and I couldn’t be happier about it!  5 days off, ahhhh.  So needed.  This gal is knackered.

However much I wish I was jetting off to sunnier climes this long weekend, I’m not.  Sad times, I know.  So if England would like to shape itself and crack out the sunshine again like it teased us with last week, that would be great.  In the meantime, I saw a bloggers’ competition advertised to win a long weekend’s villa stay in Portugal, so yeah, here’s me entering said competition in a hope of hot long weekend this year.  3 nights in the Algarve would be amazing.  Share your ‘most hilarious or exciting travel story‘ is the requirement to enter, so here goes! 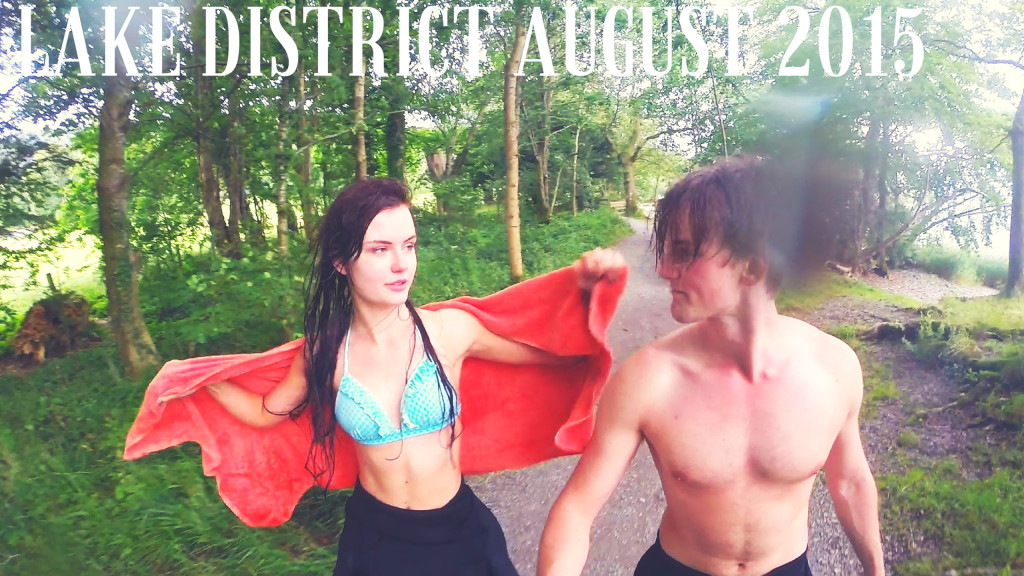 Long story short, the day involved almost getting driven around the Lake District in the back of a random postman’s van.  Yep.  Let’s call him Van Man.  More on that later.

The same day also involved almost getting blown into a reservoir and actually getting thrown into a lake.  (By my friend – not Van Man, FYI).  If you’ve read my blog since last summer you might recognise the ‘thrown into lake’ part from my GoPro video – that memory’s Youtube preserved!  (6:27 onwards was this day 🙂 ).

Anyway, back to Van Man.  Ben and I – in an effort to test the GoPro I’d been trying out that week – thought that torrential rain would make a GREAT day to head out on the fells in the Lakes.  Can already see our stupidity can’t you?  Not to be deterred, on went the multiple layers of bin bags aka. waterproof clothing, on went the GoPro head mount on our foreheads, and off wandered two daft seventeen year olds into the valley.

I’d walked in this patch a couple of times before so thought I knew my way(ish).  All well and good until we decided that straight across the marsh was 100% the best idea.  To be fair we couldn’t actually see the other ‘path’, which should have told us that rain + marshy ground = bad idea, but persevere we did.  And fall up to our knees in bogs we did.

Funnily enough, we spotted a grand total of about 3 hardy fell walkers and 1 DofE group on our jollies.  In the Lake District, in July, when parking spaces are usually like gold dust.  Most sane people probably stayed in with a brew.  (Bet they didn’t appreciate their brew as much as we did afterwards though, eh?) 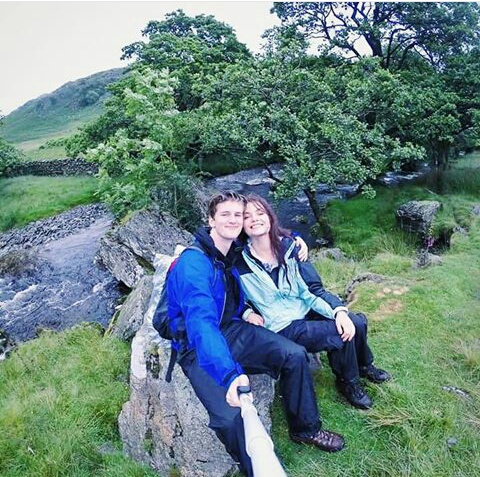 I’ll skip the next few hours – we got increasingly drenched, howled laughing at each other and were nearly blown into a reservoir by the strongest winds I’ve ever experienced.  Just imagine my hair at this point.  Sexy.  Definitely where the hilarious part comes in.  I could share all the mini clips on here but they were definite ‘had to be there’ moments (which are usually the funniest ones tbf!).

Us and our sexy hair finally arrived back at our starting point (we’d been dropped off) and… then came the next problemo: the small task of getting home from The Middle Of Nowhere with zero phone signal, zero agreed pickup time and zero public transport.  Lol so fun when it’s STILL chucking it down and your boots have never rubbed so much.  Knocking on the door of the nearest house we could find seemed like the only option, so knock on a stranger’s door we did.

“Hi there, um, this is a little weird but please can we borrow your landline???” – legit felt like we were in the Famous Five or something.  2015, England, short hop away from wifi and other essentials, and there we were, knocking on unsuspecting strangers’ doors asking to borrow the landline.  The landline.  I’d forgotten they existed tbh.  If anyone other than my Nan rang ours I’d probably find it a bit weird.

I digress.  Unsuspecting Stranger replied with a “Yeah, sure, come in”, so we did.  A man in the kitchen looked very bemused at the sodden teenagers appearing in his hallway.  Turns out the postman was doing his rounds at the time too , and was equally bemused by the sodden teenagers.  So naturally asked where we were headed and offered us a lift on his rounds.  We’d ‘have to get in the back of the van with the mail sacks though’.

Get in the back of a stranger’s van.  Hmm.  How does one respond to that offer?

We’d probably have taken him up on the offer (life on the edge and that) had Unsuspecting Stranger not shot me the most difficult to read expression I’ve ever seen in my life.  And then said (out of Van Man’s earshot) “well you can go with him, but he’s a bit queer”. What the hell do you respond to that?  Was she having a homophobic moment, in which case, WTF?   Did she just mean queer as in odd, as in the kind of man you really shouldn’t get in a van with?  In which case, WTF again.  Ben and I exchanged confused looks.  Many confused looks.  And eventually just got hold of the house phone and asked my dad to pick us up.

OK so this little story has turned out longer than I planned.  Doesn’t even sound that hilarious, but I promise the whole experience of nearly ending up in the back of real-life Postman Pat’s van was a funny one!  Or just plain odd, whichever way you look at it.  Funny to look back on, at least. 😀  Obviously we spent that evening in our wetsuits jumping in (read: Ben throwing me in) the lake, because we clearly hadn’t got soaked enough already.  Go watch that part here (around 8:11) if you fancy a giggle at my expense.

There you go, my hilarious and exciting (and weird) travel story!  Don’t have to go a million miles away to have an experience and a half. 😛