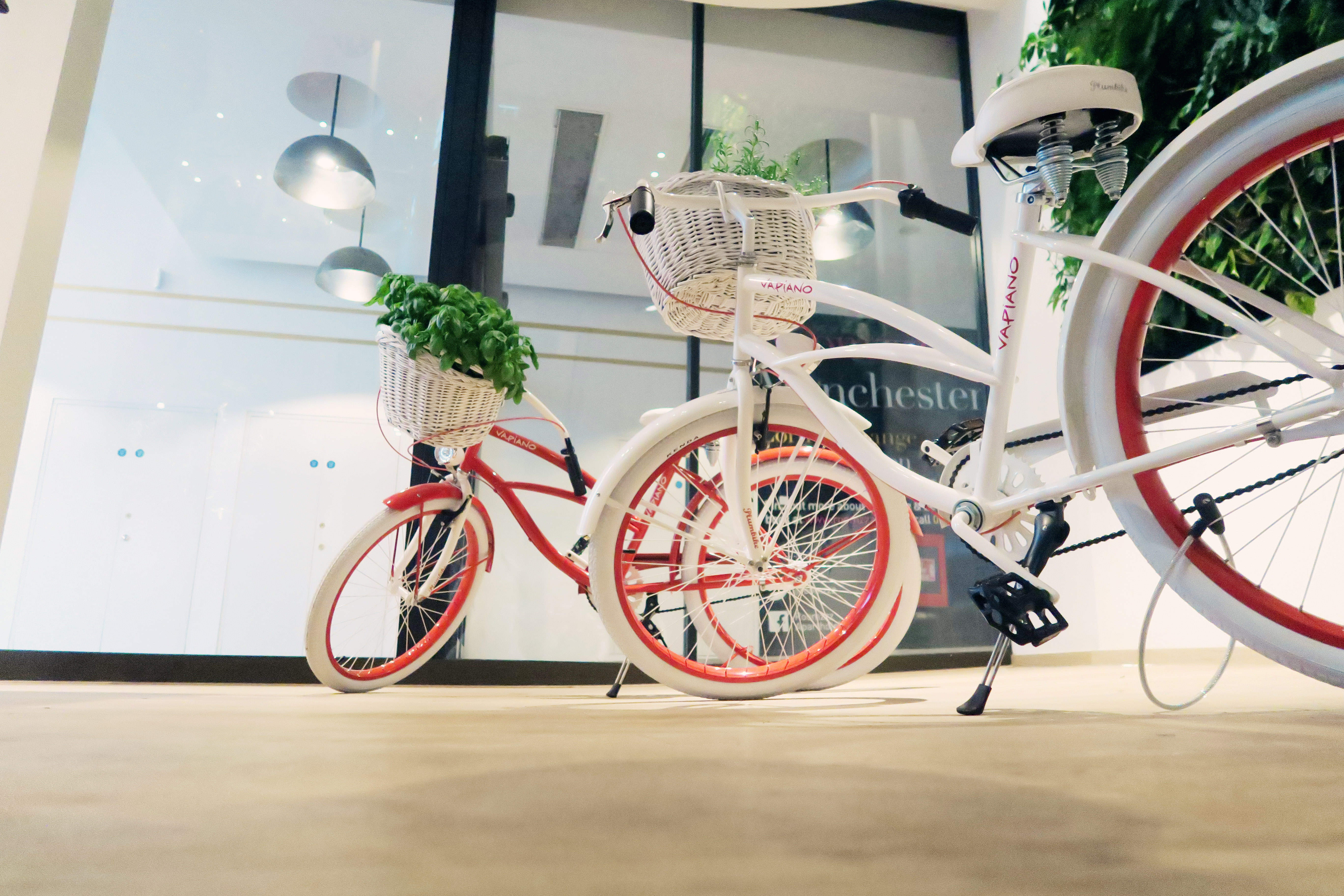 I like carbs.  I’d hazard a guess that you do too (who doesn’t?!?), so if you’re feeling hungry I’d just click away now tbh!  Ellie, Erin, Paula and I decided a bloggy gals reunion was in order, and Vapiano kindly offered us the chance to try out their new(ish) Manchester restaurant last weekend for their #EatPastaRunFaster campaign.  I liked the sound of that one straight away. 😉  Girl gossip + pasta + many many photos = perfect Sunday.  Happy Lily! 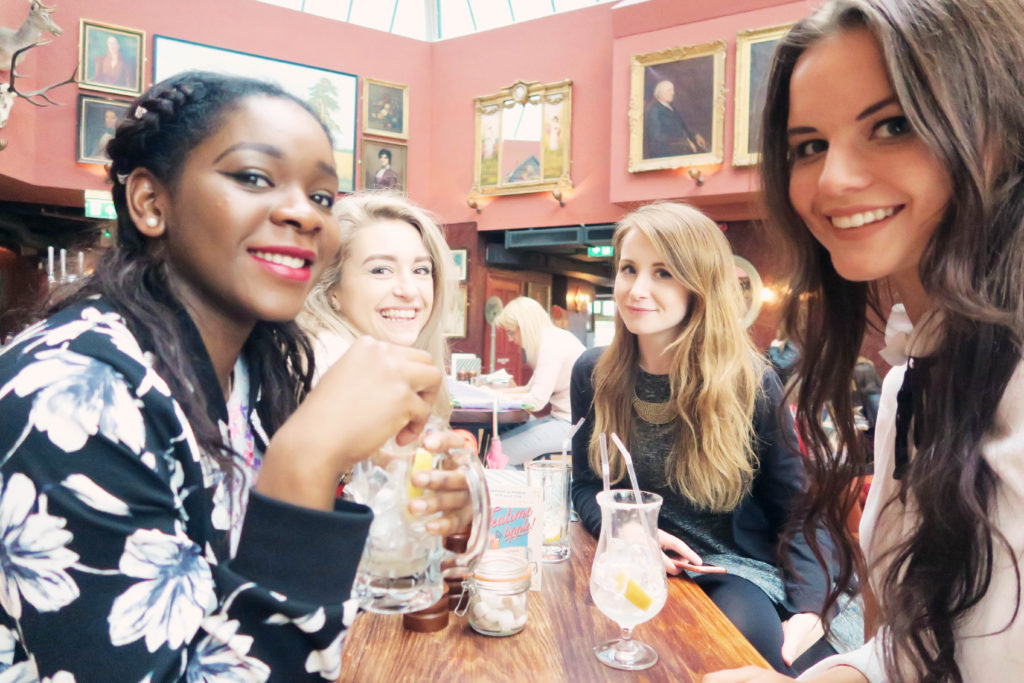 Miraculously, I’d arrived at the Corn Exchange first, so killed a little time in Selfridges perusing Chloe bags like I’m the kind of person who peruses Chloe bags.  Lol at that.  After a brief encounter with an automatic door that didn’t feel like playing ball, we headed for a quick drink at The Cosy Corner and a catchup – feels like we’ve all known each other for ages, which I love! 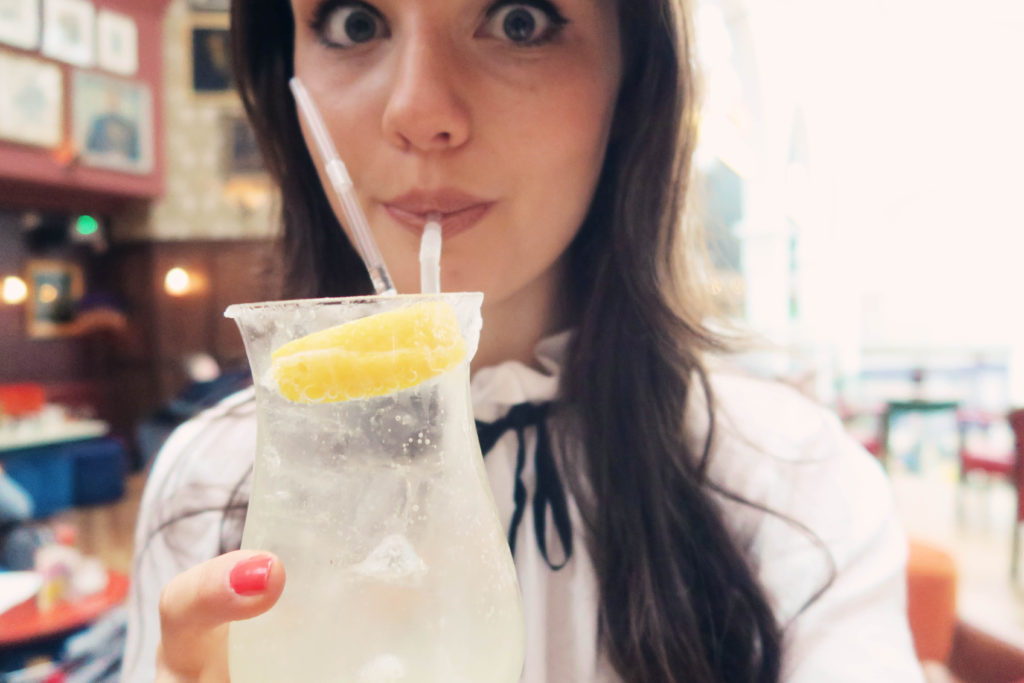 Also rather liked my sherbet lemonade. 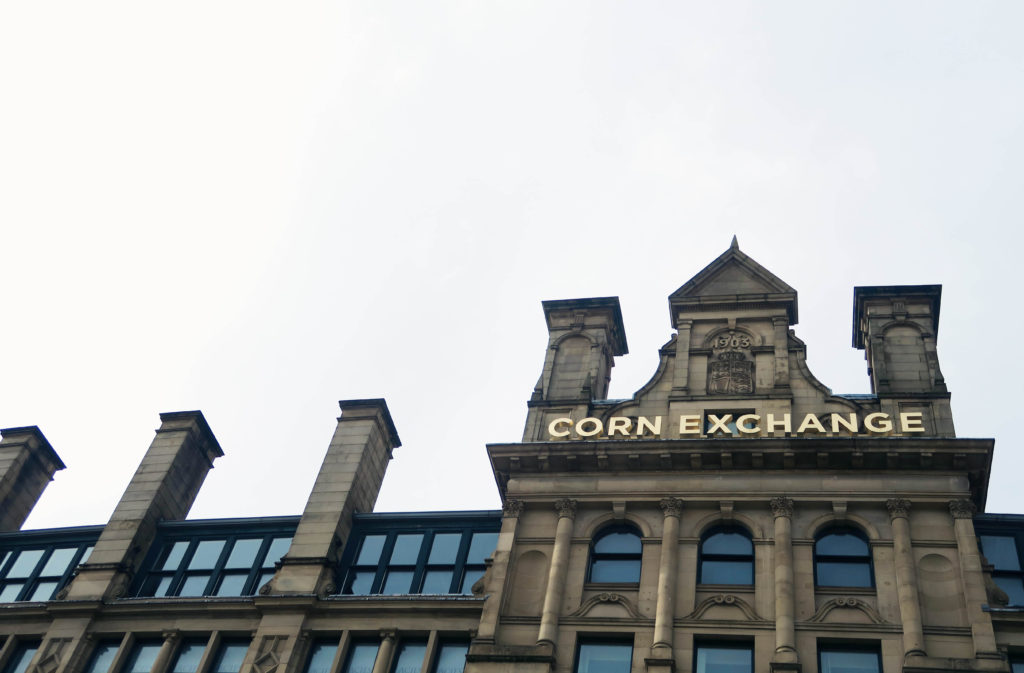 And rather didn’t like the cold. True to tradition, Manchester was grey and rainy when I came to town.  Literally every damn time.  I’d like to see what you look like in some pretty sunshine, ok Manchester?  Thanks in advance. 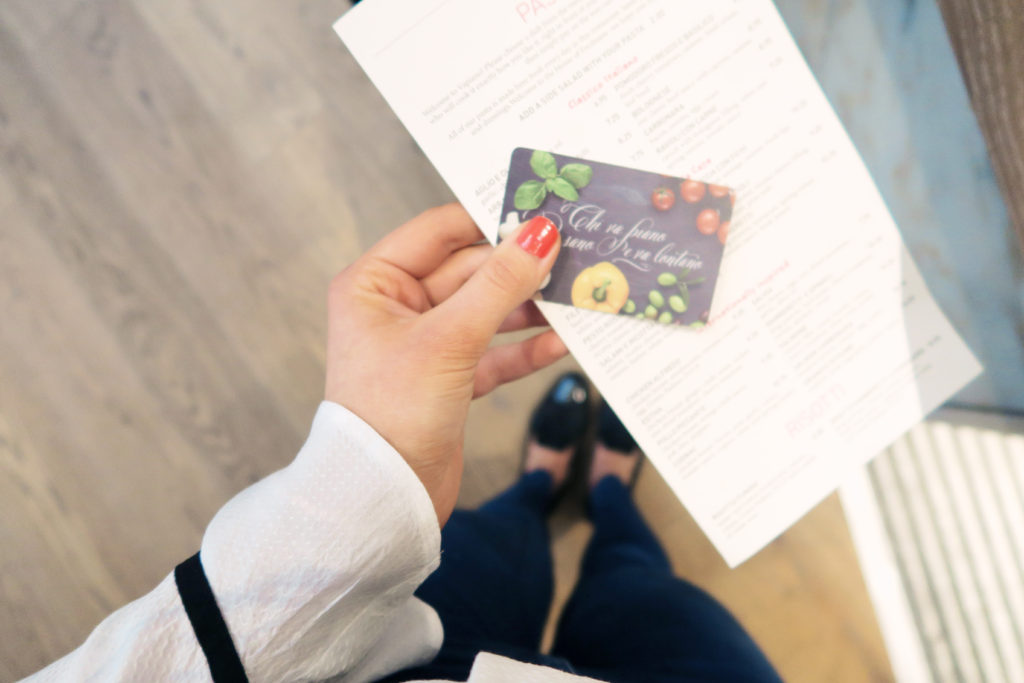 Anywayyyy, back to Vapiano.  Bit of a quirky system to this one!  On arrival we were each handed one of these cards, and told to swipe them each time we asked one of the chefs to cook something for us.  No placing an order or anything like that!  Cards seem like a really useful, efficient idea too – it might be easier to lose track of what you’re ordering and rack up a bill, but must make life SO much easier for groups.  Anything to avoid splitting the bill sagas when X had an extra glass of wine but only has £20 notes. 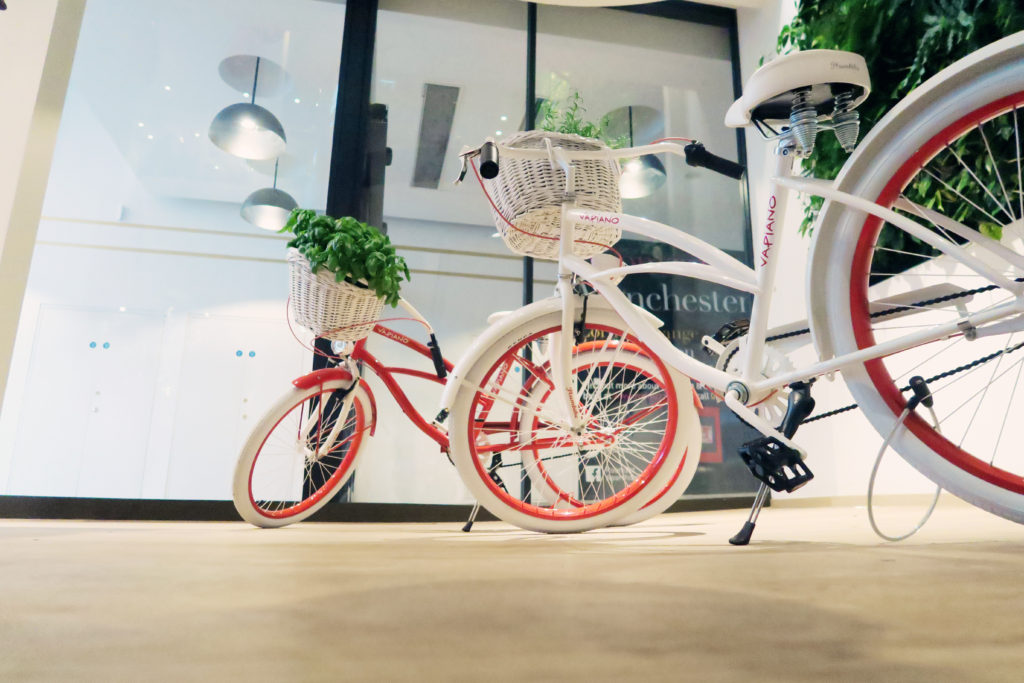 Bikes in the entrance were cute!  That’s about all I have to say on that one. 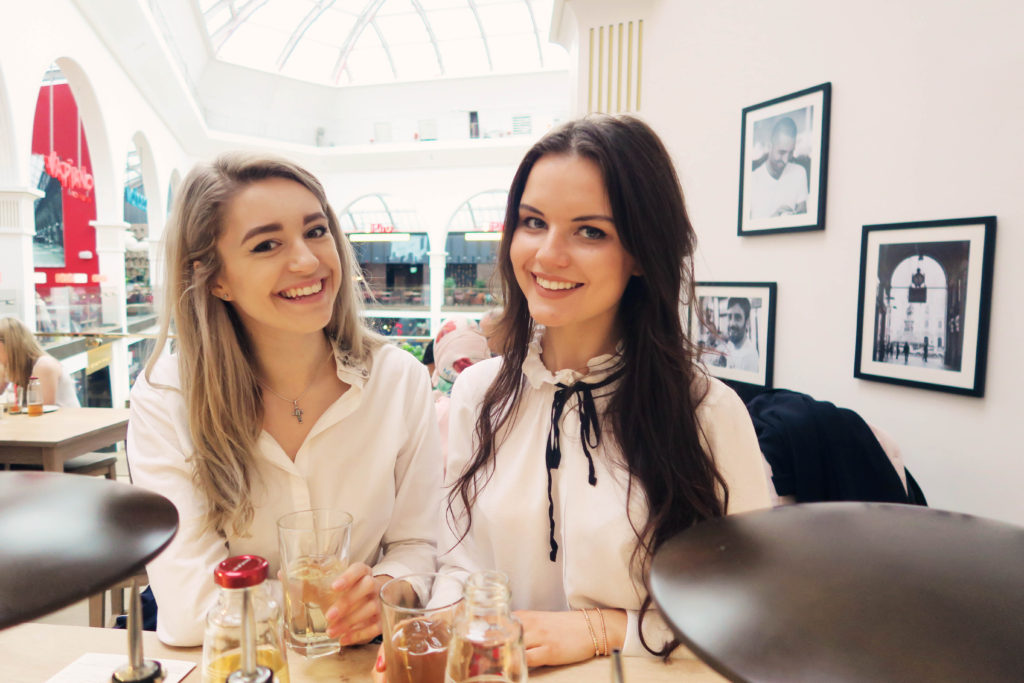 Erin has such a pretty smile!  We chose our table based on where had the best lighting (such bloggers lol) and headed for the antipasti station. 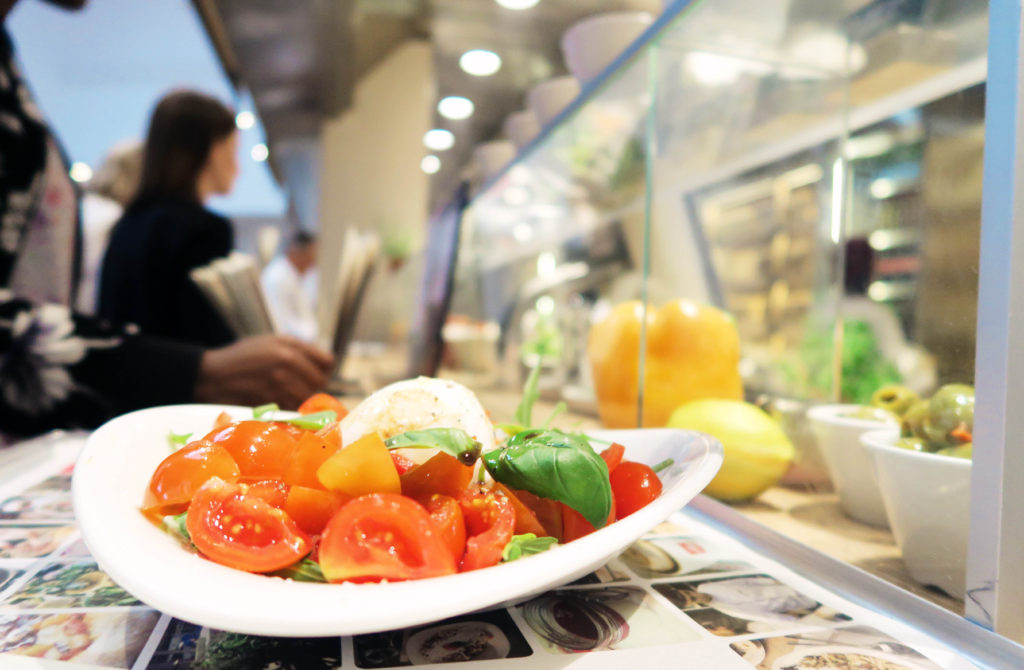 The best way I can describe the system is like fancy-ass school cafeteria, where the chefs prepare fresh salads, pasta, pizza etc. under your nose rather than piling jacket potato, cheese & beans onto a tray.  A very tasty caprese salad, in my case.  I don’t have any allergies or dietary requirements but I can imagine this system would make eating out loads easier for those who do. 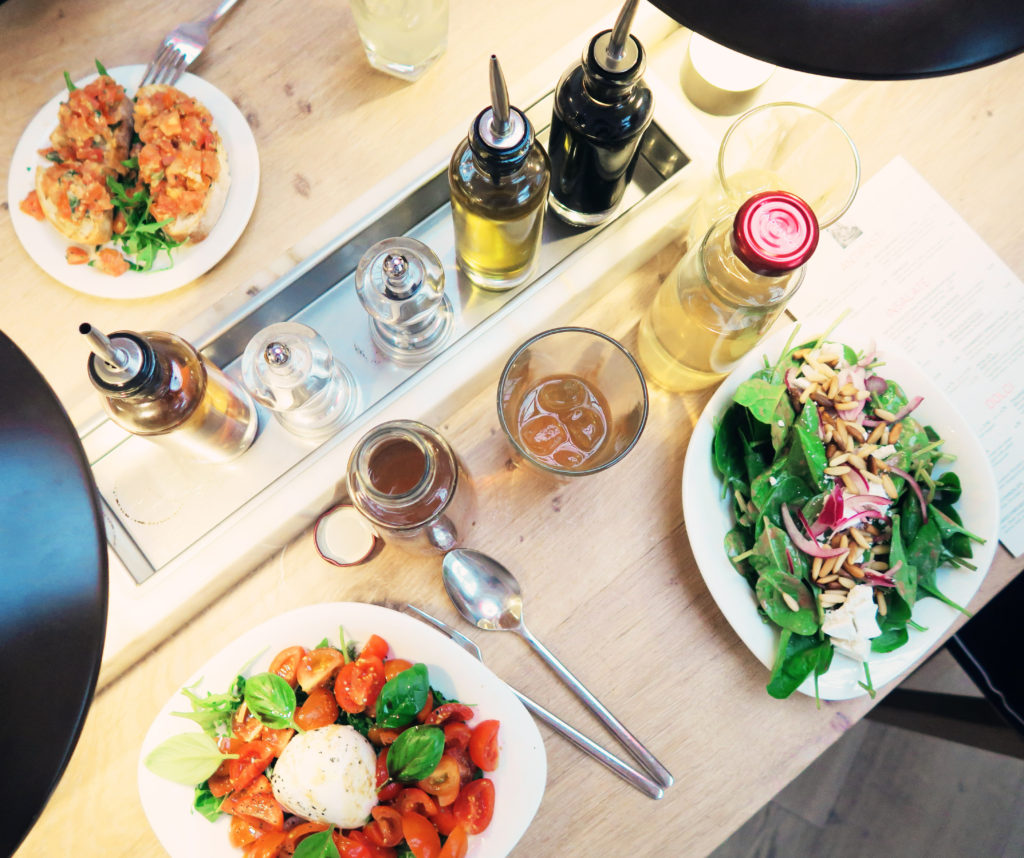 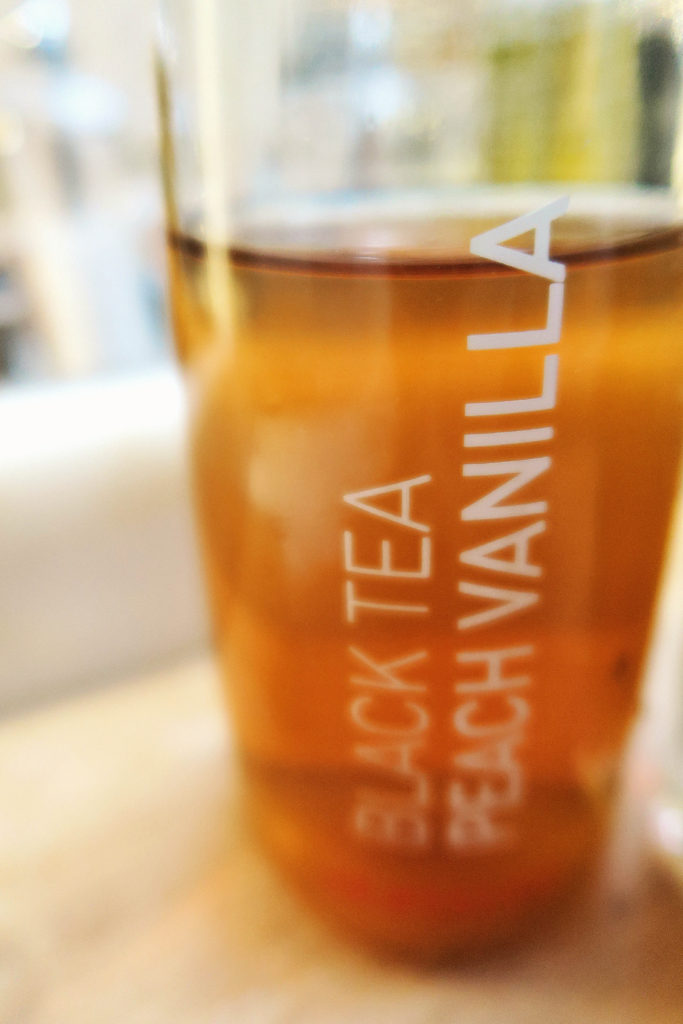 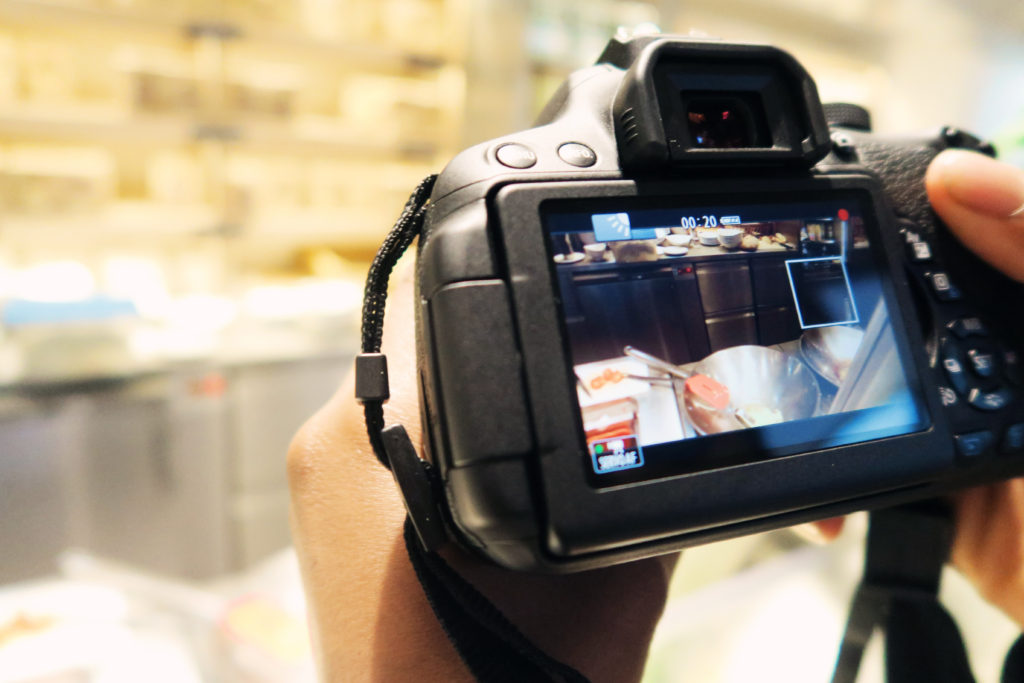 Yep, photographed EVERYTHING.  No shame! 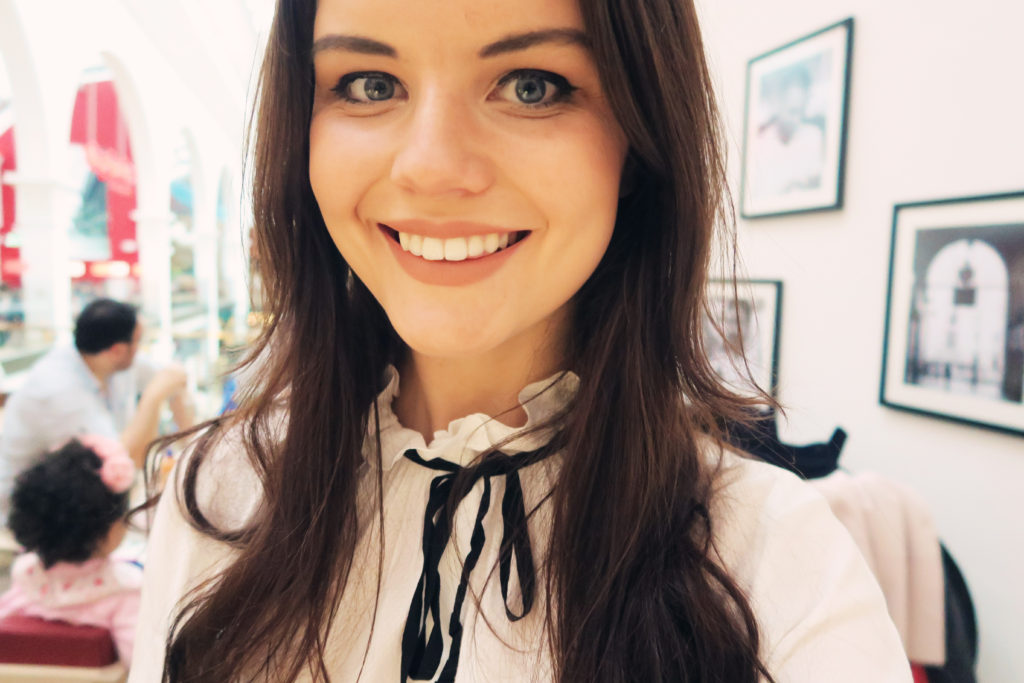 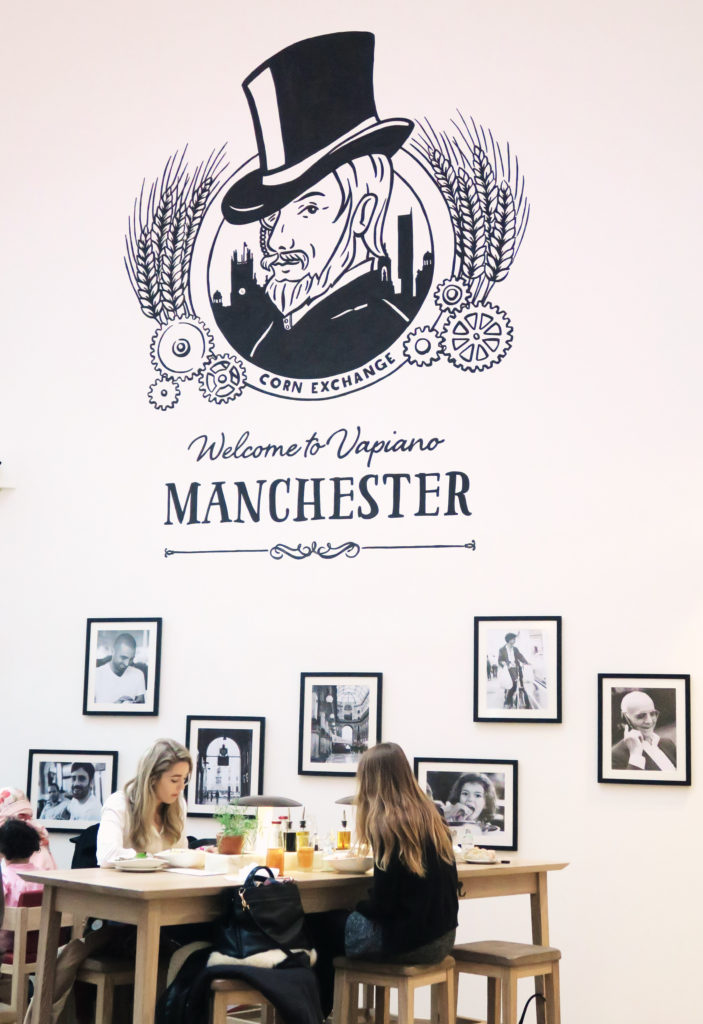 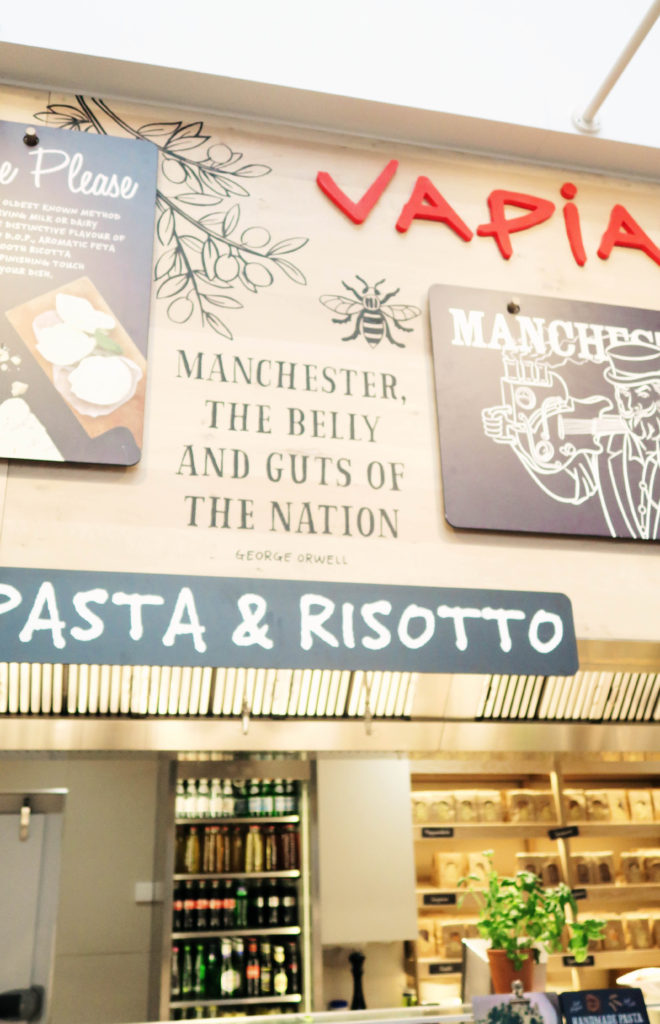 Our reason for being there – besides a girly catchup ofc – was to try out the #EatPastaRunFaster range, so that made the pasta vs. pizza decision pretty easy.  Carb loading here we come!  In all seriousness though, carbing up the evening before a run (or any exercise, really) is supposed to be the most effective nutrition, which I’ve definitely found to be the case.  Working out on an empty stomach isn’t a good idea (been there, done that, got the migraine) but neither is exercising too soon after a heavy meal (been there, done that, almost thrown up in the gym).  Overdoing it makes you feel like you’re about to give birth to food baby triplets and carb cutting leaves you feeling drained.  All about getting that carb balance right! 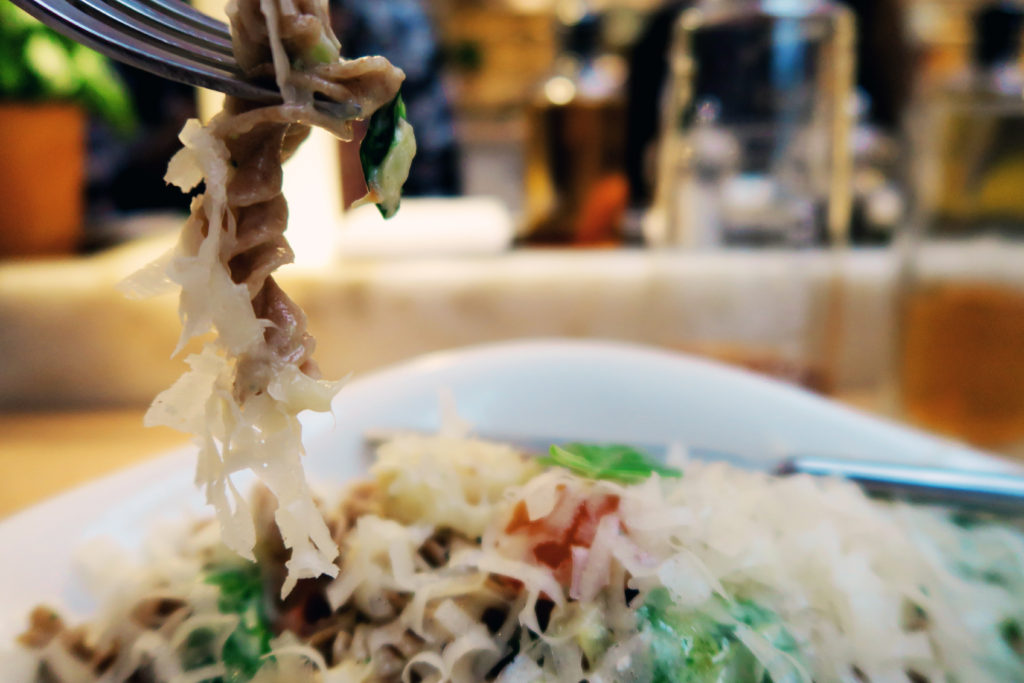 I probably didn’t go for the most photogenic pasta choice but it tasted veryyyyyy good so you’ll just have to trust me on that!  I chose the spelt fusilli for my Gambaretti e Spinaci (king prawns, my fave), but maybe kinda sorta wished I’d gone for aeroplane pasta. 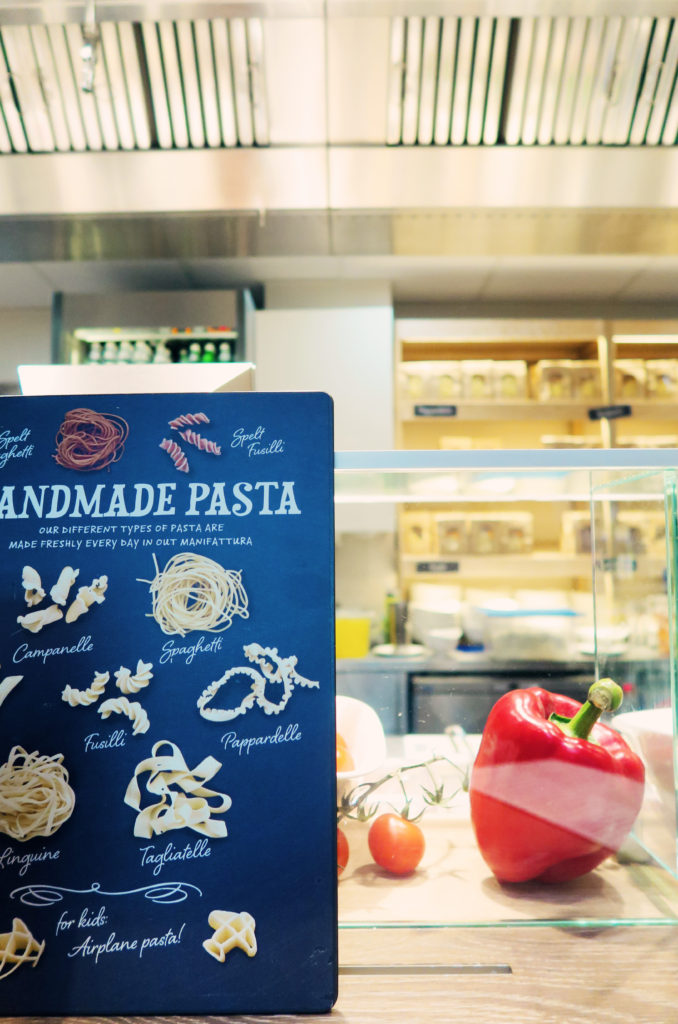 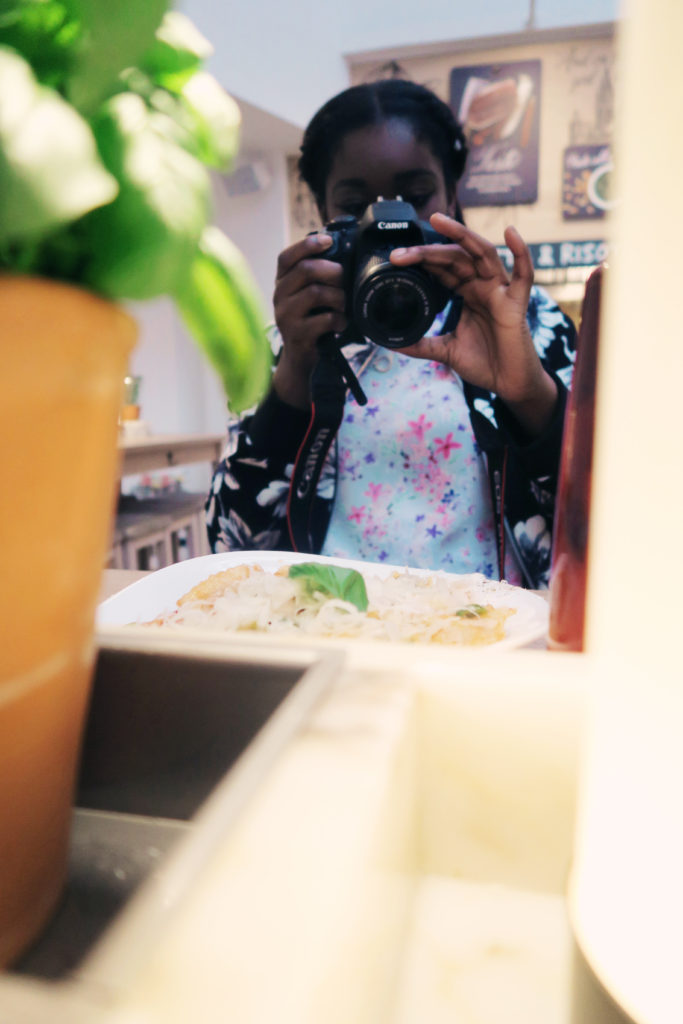 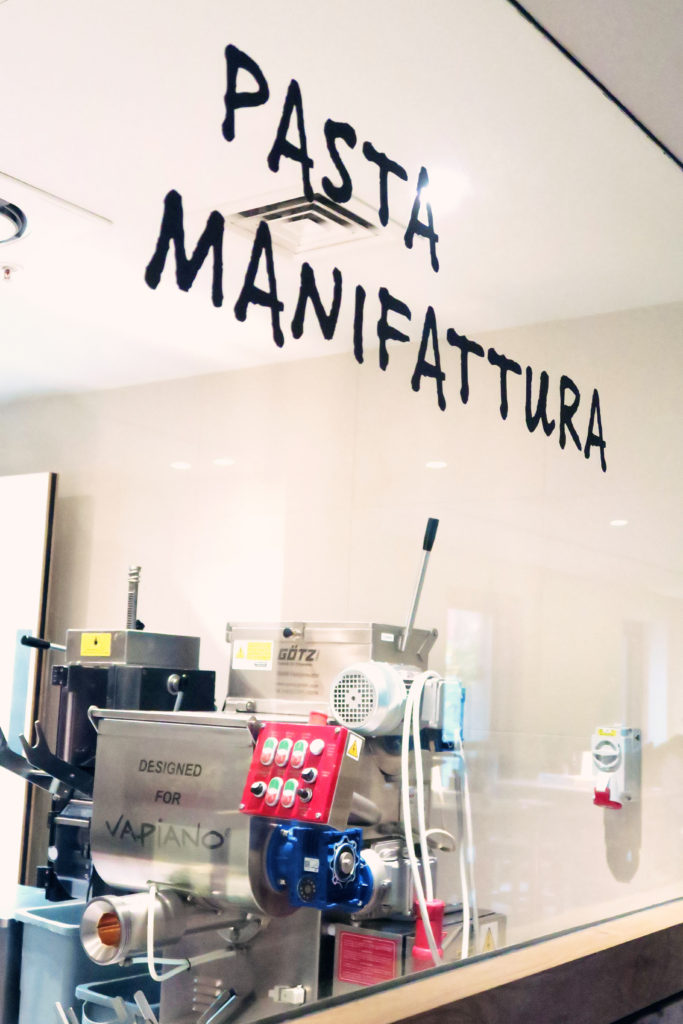 Marius gave us a little show and tell of the restaurant, including this beasty looking machine which churns out fresh pasta every morning. 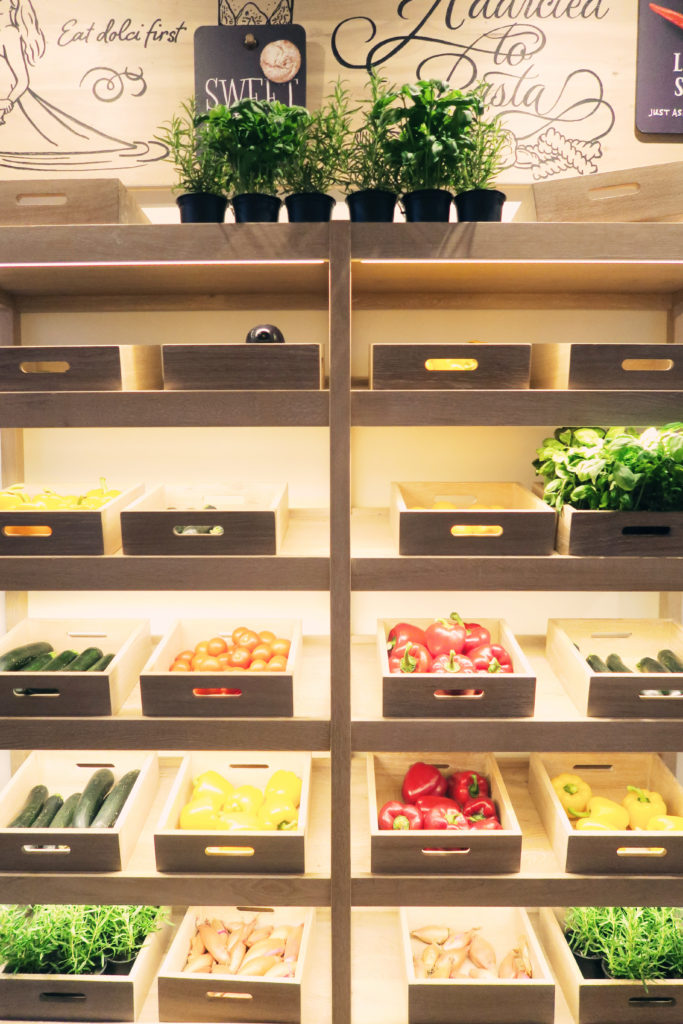 All fresh.  Feels much less naughty diving into a big bowl of pasta when you’ve watched it all be made with fresh veg and sauces. 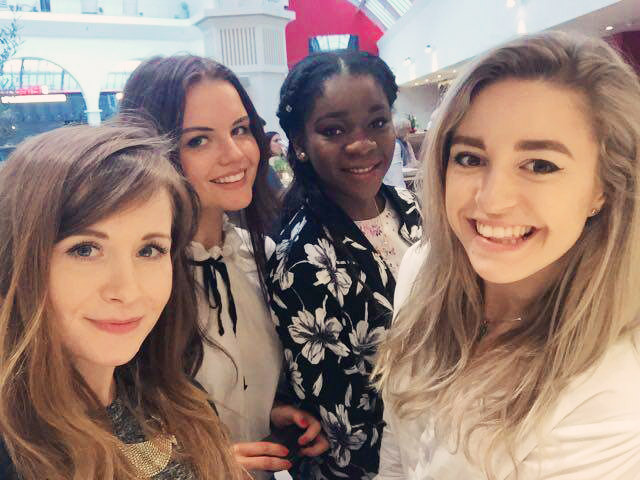 Girl squad. 😉  Already planning our next trips by this point! 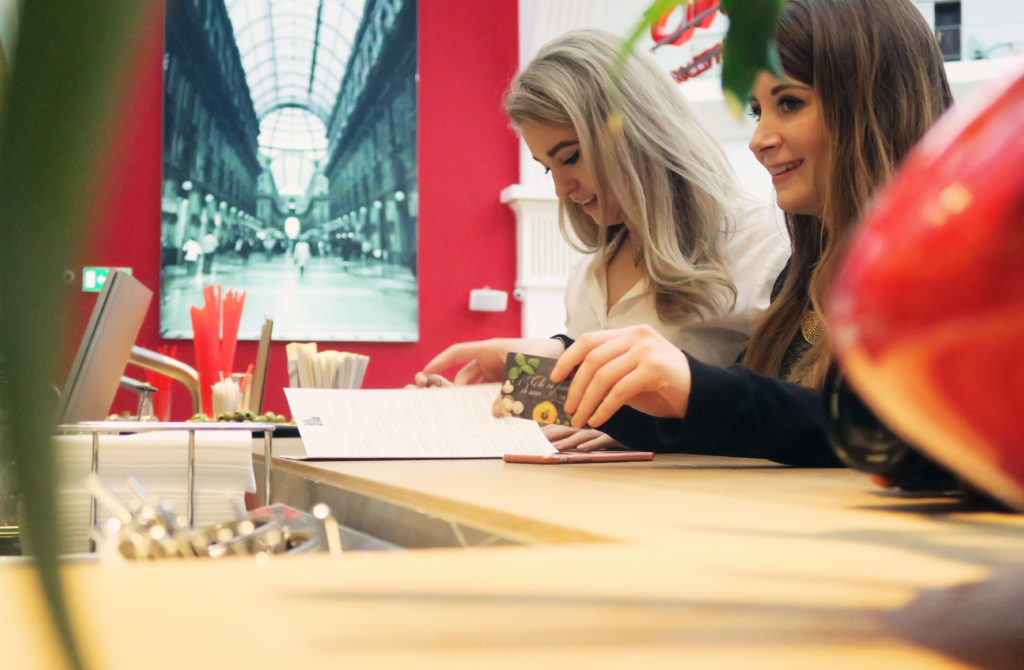 Our bellies probably would’ve said otherwise but it’d be rude not to try desserts and coffee wouldn’t it? 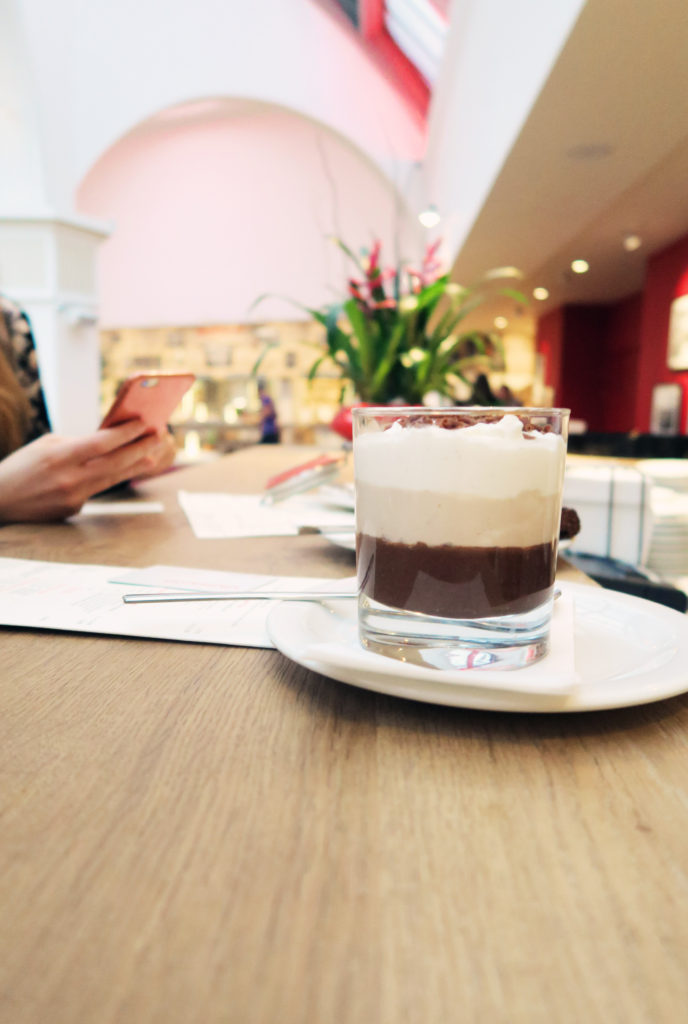 Definitely would have been rude.  I’ve now made the mistake of writing this whilst hungry for my dinner and mannn I could eat this again right now!

I managed to successfully adult and carry all 3 courses to our table without dropping and/or spilling it too.  Far more proud of myself than I should be. 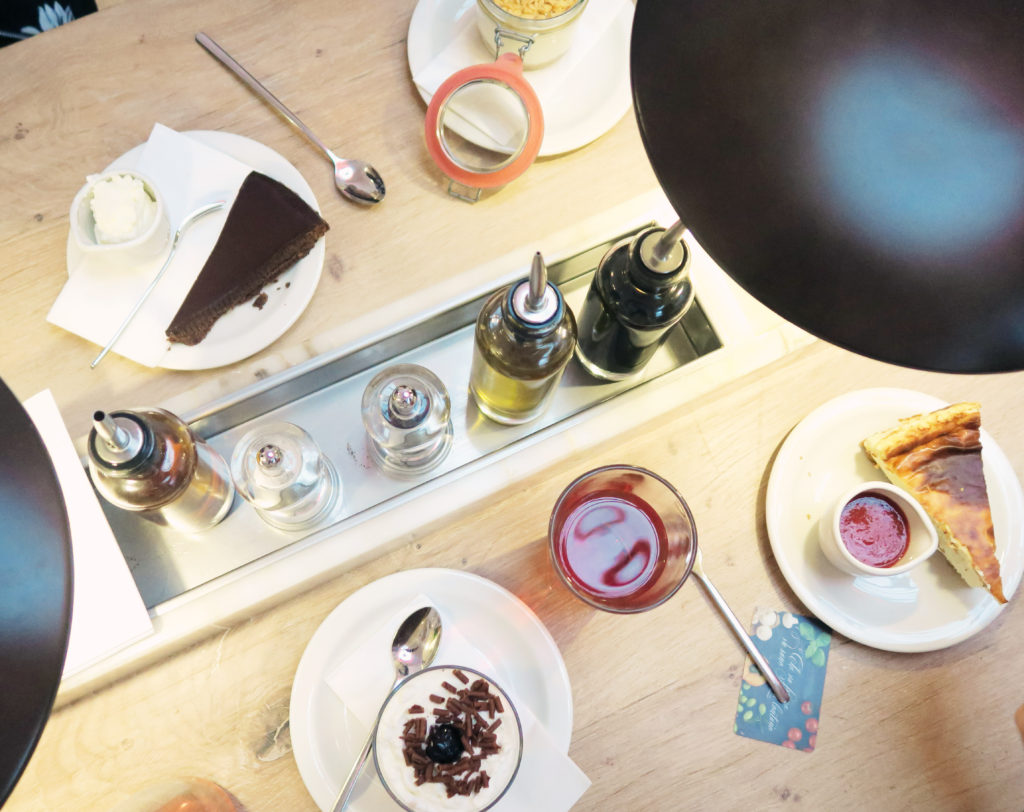 Since we’re all too indecisive we went for a ‘eat a quarter, swap’ approach.  All 4 were fab but the ‘Cioccolata Foresta Nera’ came out top, unsurprising considering it had Nutella in it!  Not sure there’s any way nutella can be classed as healthy but we didn’t care.  Closely followed by the ‘Cioccolata Bianca’ white chocolate and salted caramel combo that was all kinds of gooey and delicious. 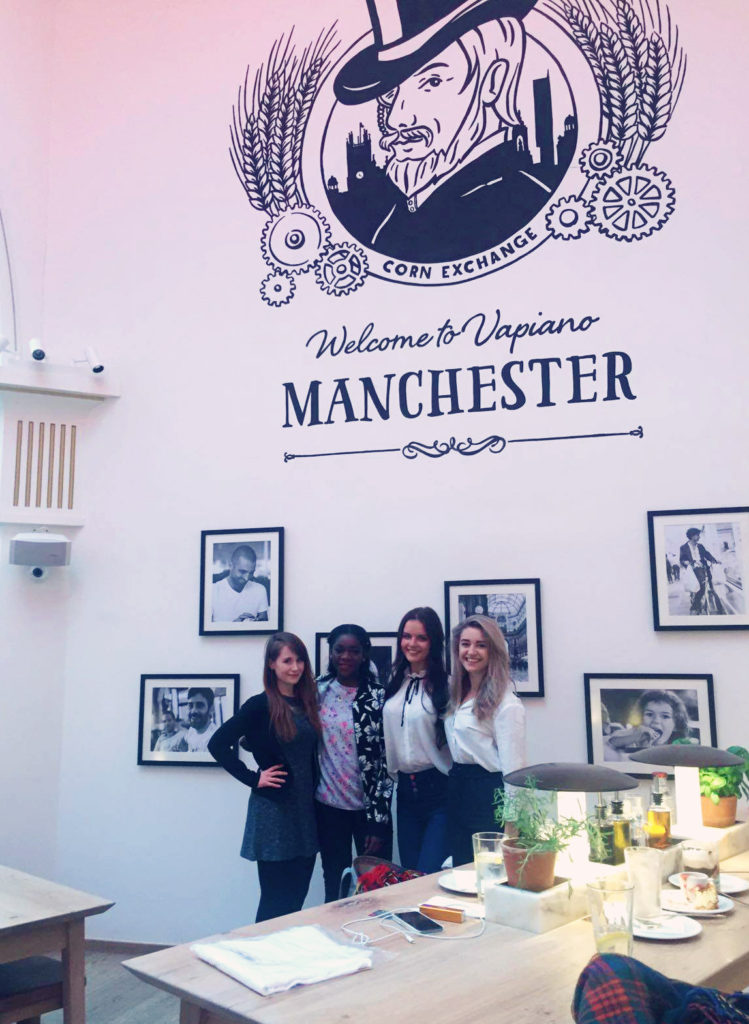 These sassy ladies were the best company – I’ve said it before but I’ll say again that one of the best perks of blogging is the people you meet, both online and in person!  Can’t wait for our next get together. 😀 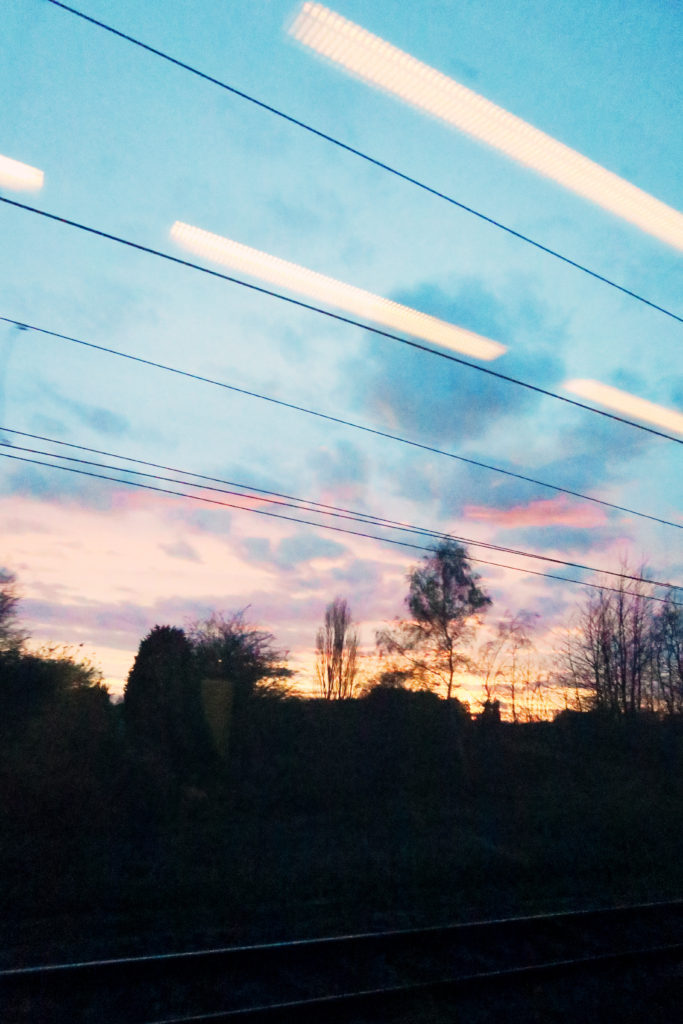 Then I spent most of the journey home staring out the window at the pretty sky, acting like I was in a movie or something, whilst probably creeping out the 2 other people in the train carriage who couldn’t tell what the hell I was trying to take photos of.  #Bloggerlife eh.

Thanks so much Vapiano for having us! Our meals were complimentary but all opinions and carb love 100% my own.