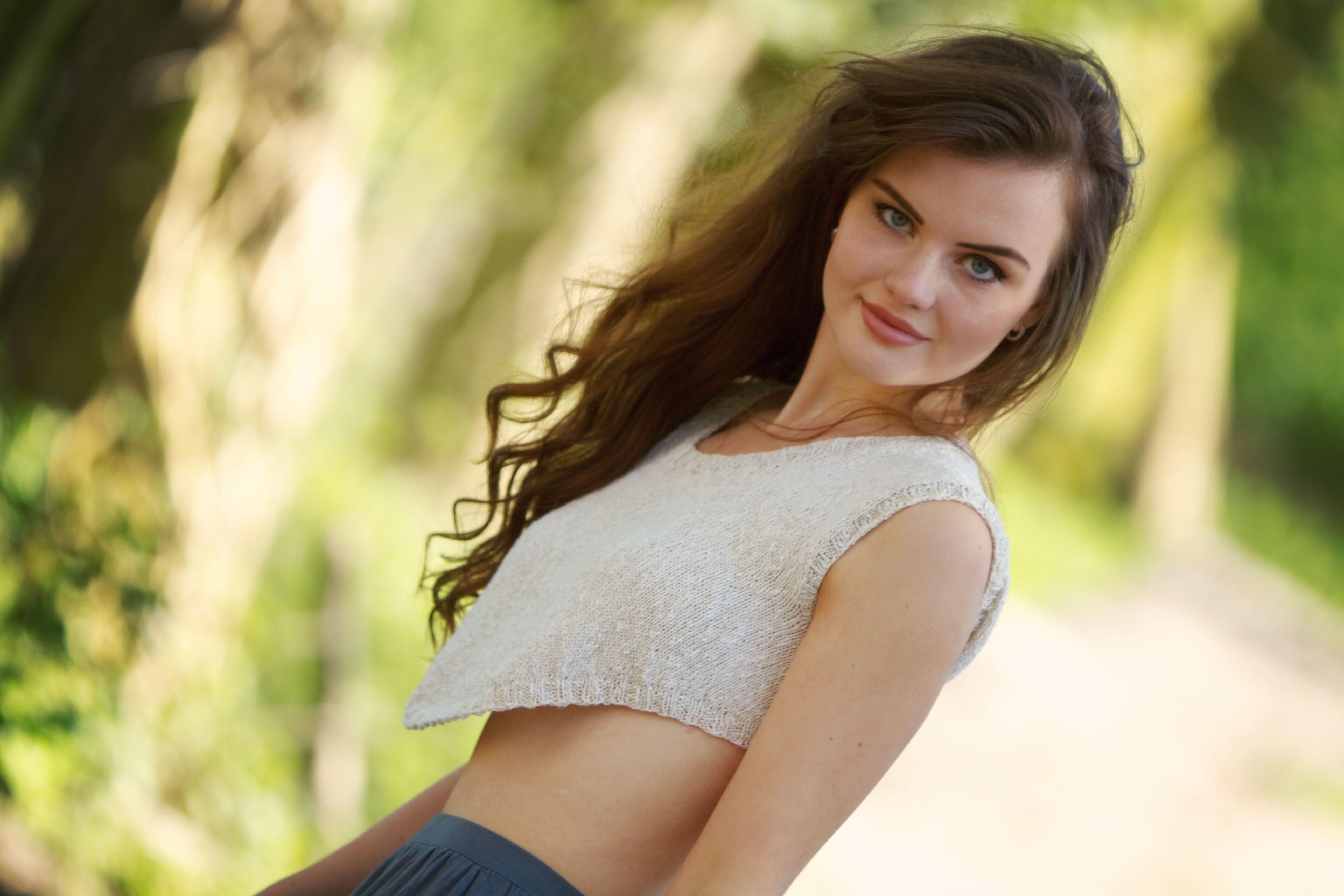 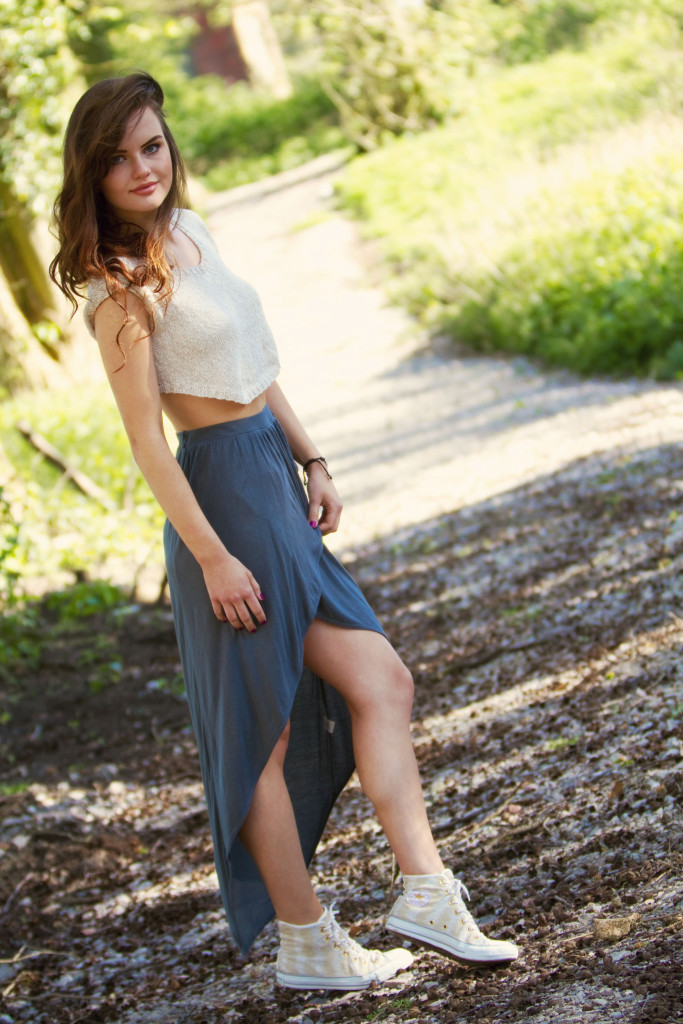 Saw it on Pinterest, mum agreed to make it, 2 weeks (give or take) later and I’ve a new cropped top to add to my collection!  If only everything on Pinterest would materialise that way eh?  The list would be endless.  Anyway, this one’s from this pattern by the Purl Bee, knit in Rowan Panama cotton.  Kinda slubby and drapey, which I like.  I did the fiddly awkward bits joining the whole thing together and mama knit the majority of the rest.  She’s good like that. 😀 😀 😀 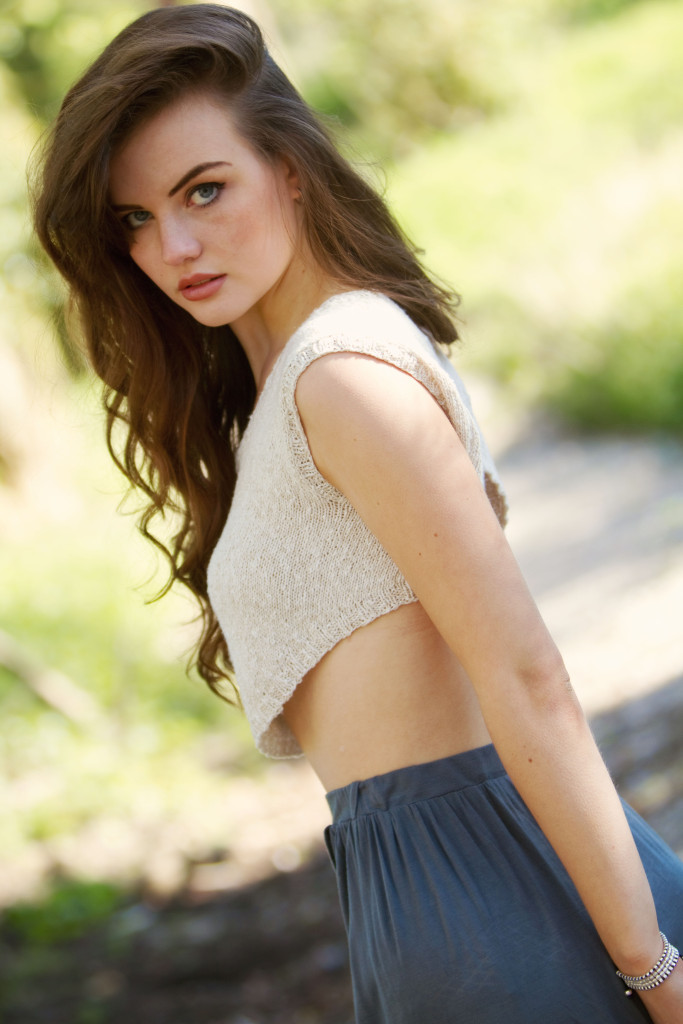 Not the most substantial/practical of items but who cares!  Backless styles will always be my fave, even if this one does slightly resemble a well-shaped, oversized, bib.

A gust of wind comes along and boy do you know about it!  Not used to that level of ventilation round that area haha.  Great idea wearing a wrap top and wrap skirt on the windiest day in ages though, fabulous!  I’d like to think I can do a pretty decent job of the whole ‘ignoring goosebumps and pretending it’s totally 30 degrees’ thing these days though, especially when it looks bright and sunny but is actually bloody baltic.  #Bloggerproblems.  Things we do to show off a pretty top ey!  I basically live in cropped tops in spring and summer so best just get used to it. 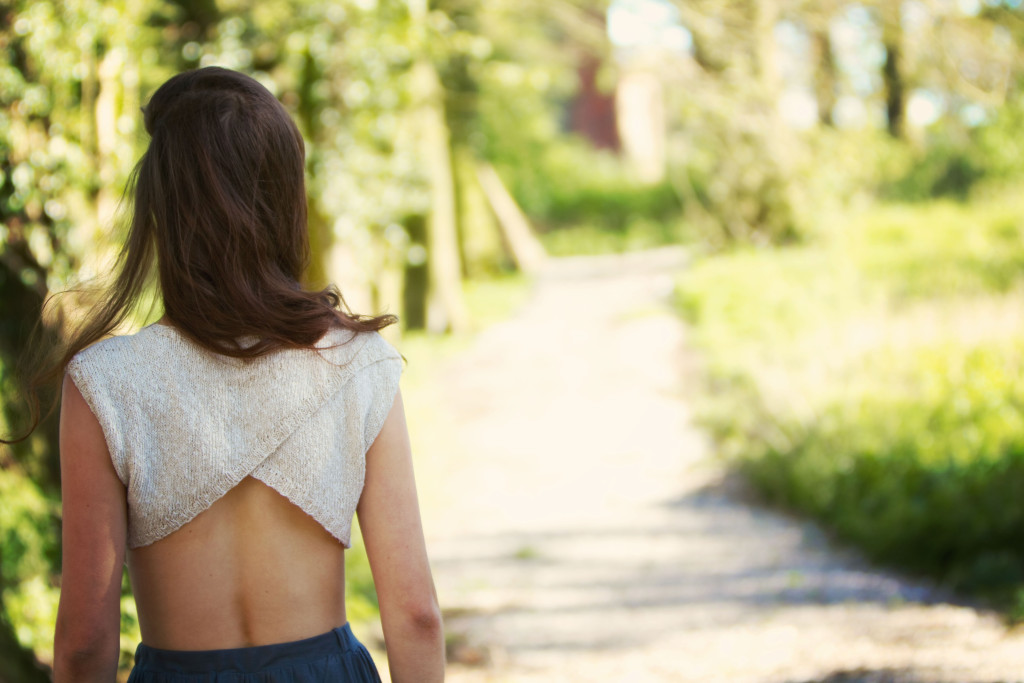 The crisscross back is such a simple idea but so effective!  I wouldn’t mind a slightly longer version in a different colour, but the short rows would require significant jiggery-pokery to alter so I’m gonna save that maths-y brain power til after my maths and physics exams.  Productive procrastination is my worst enemy right now! 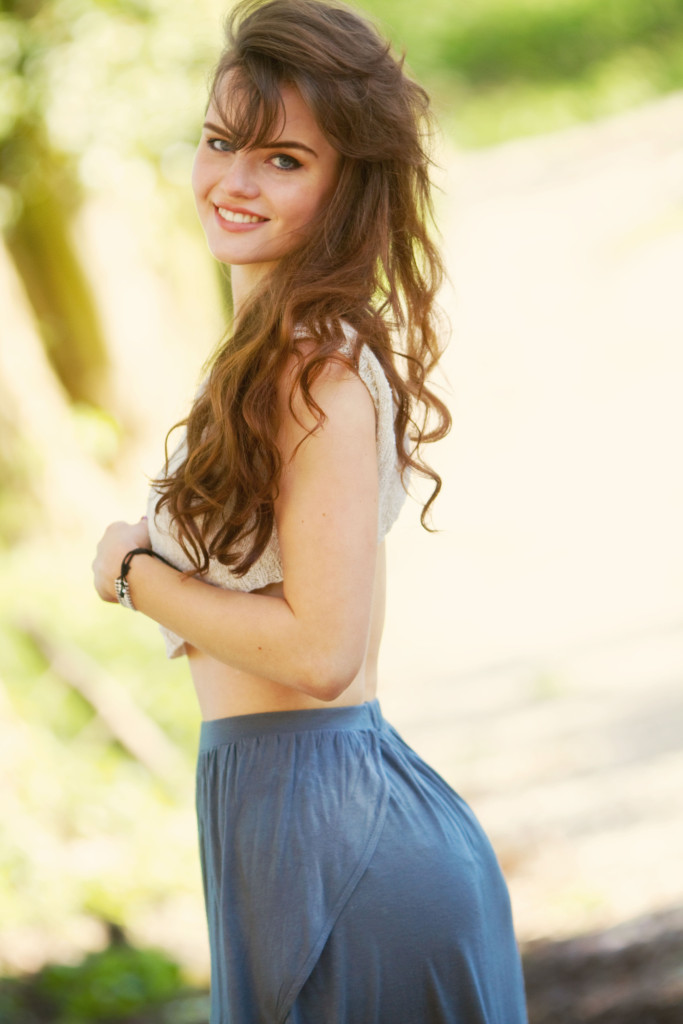 Just a quick post tonight as I’m buried in physics past papers, the absolute joys.  Do love a good mark scheme for a bit of fun on a Monday night.  Going a little too easy on the sarcasm today, aren’t I?