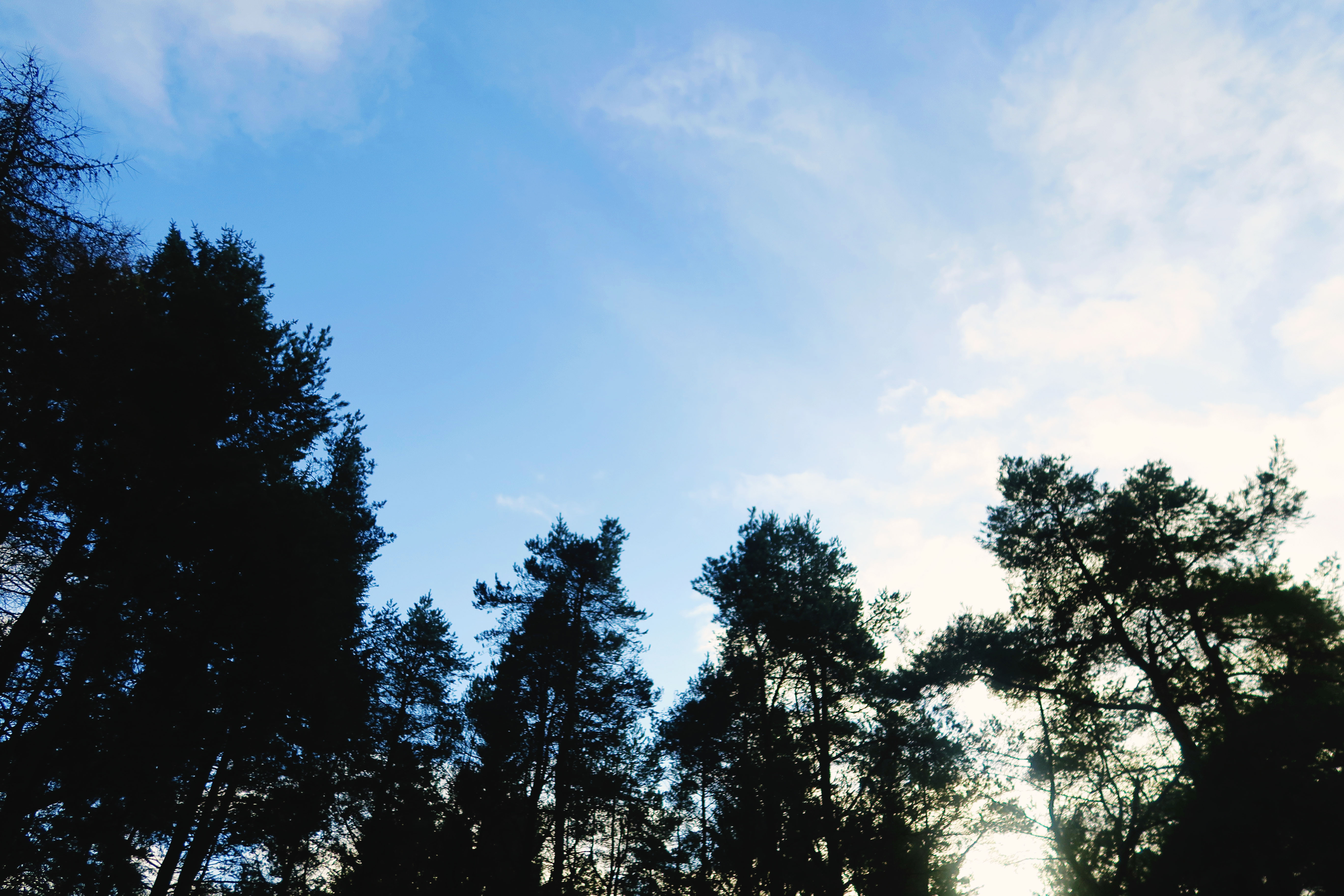 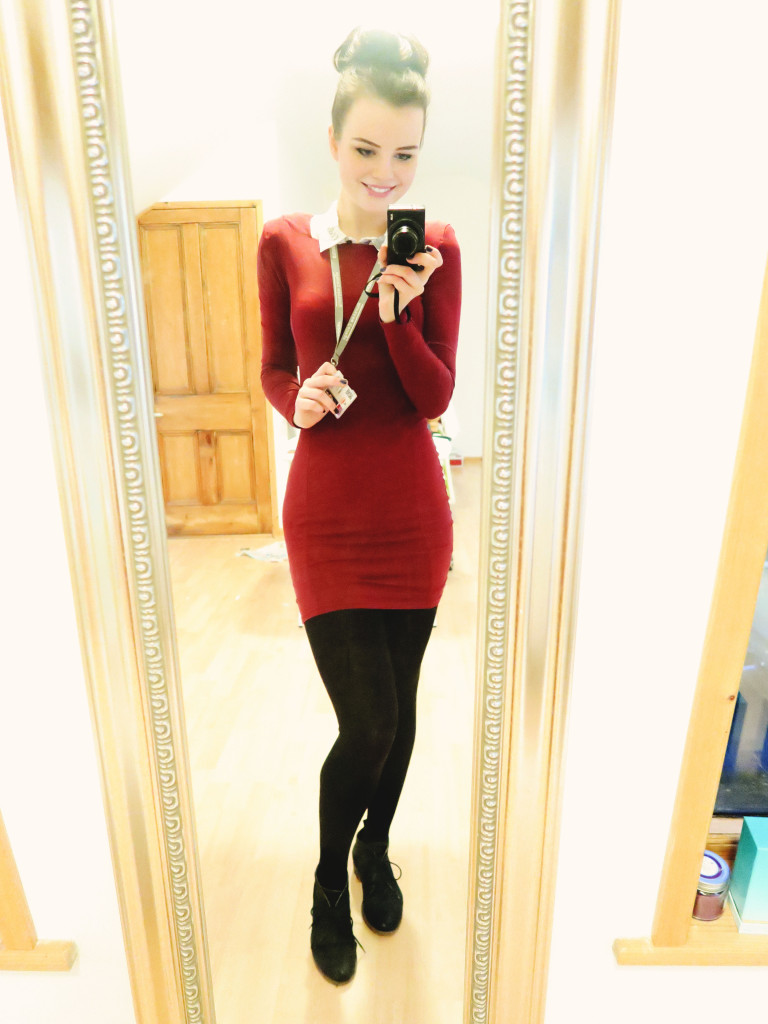 Been a while since my last diary entry hasn’t it?  In no particular order, here’s my week in photos.  Ish. 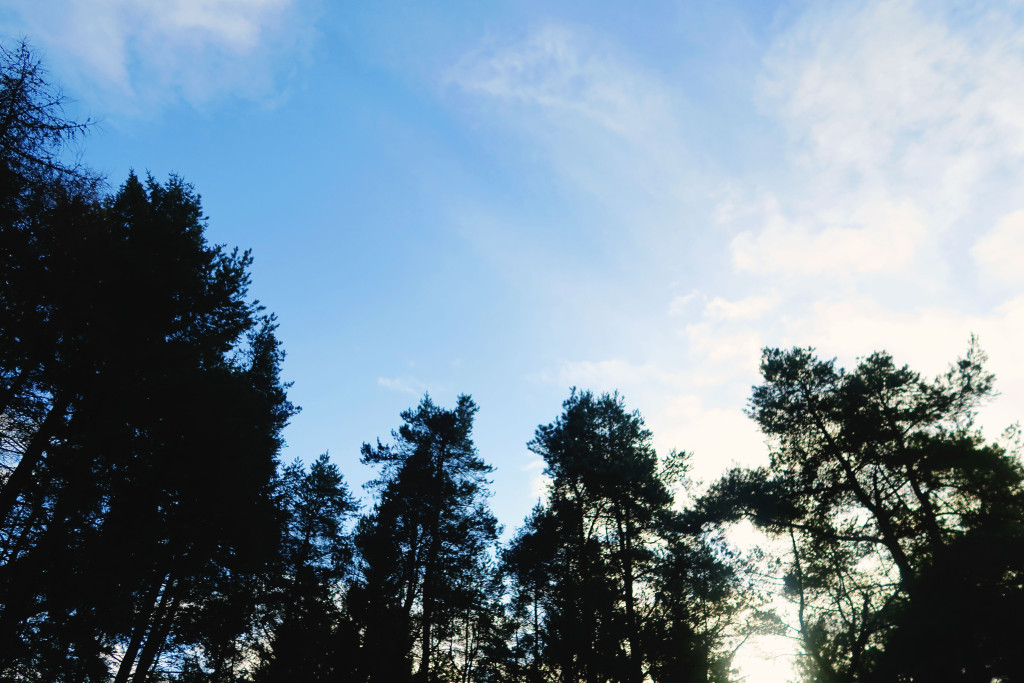 Nice just to get out for a bit sometimes isn’t it?  No epic adventures or anything new/special/ , but outside.  I like.  I pretended I was in the Pacific North West and took photos @SocalityBarbie would be proud of, obviously, minus the ‘ so peaceful’ captions because I’m more of a ‘fall over and get a wet bum’ kind of girl.  Twice in one week, that’s skill!  Maybe I’m just more ‘at one with nature’ than all the PNW instagrammers put together?  These were taken at Beacon Fell btw, for anybody round these parts who thought they recognised the trees. 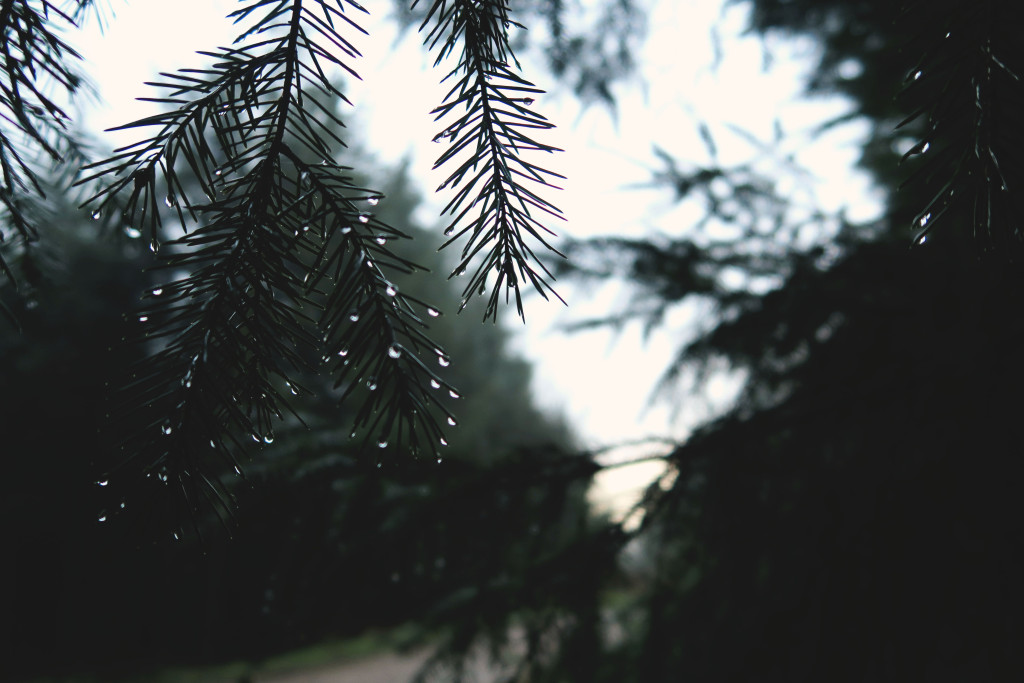 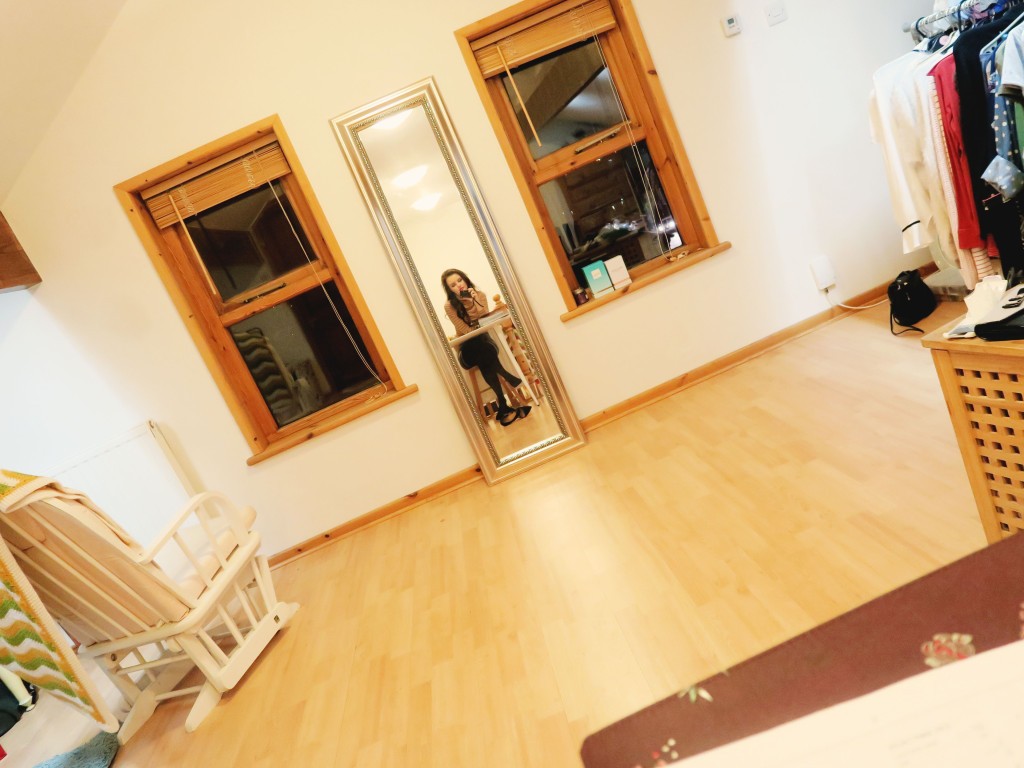 Spent LOTS of time at my lil’ white desk in my bedroom, trying not to get distracted (with varying degrees of success – evidently), doing work.  I’ve several more maths and physics papers under my belt now anyway, so I’m getting somewhere!  Late night revision has worked surprisingly well for me a couple of times actually too.  Weird.  No point trying to keep to any kind of routine, I’m all over the place but just go with it. 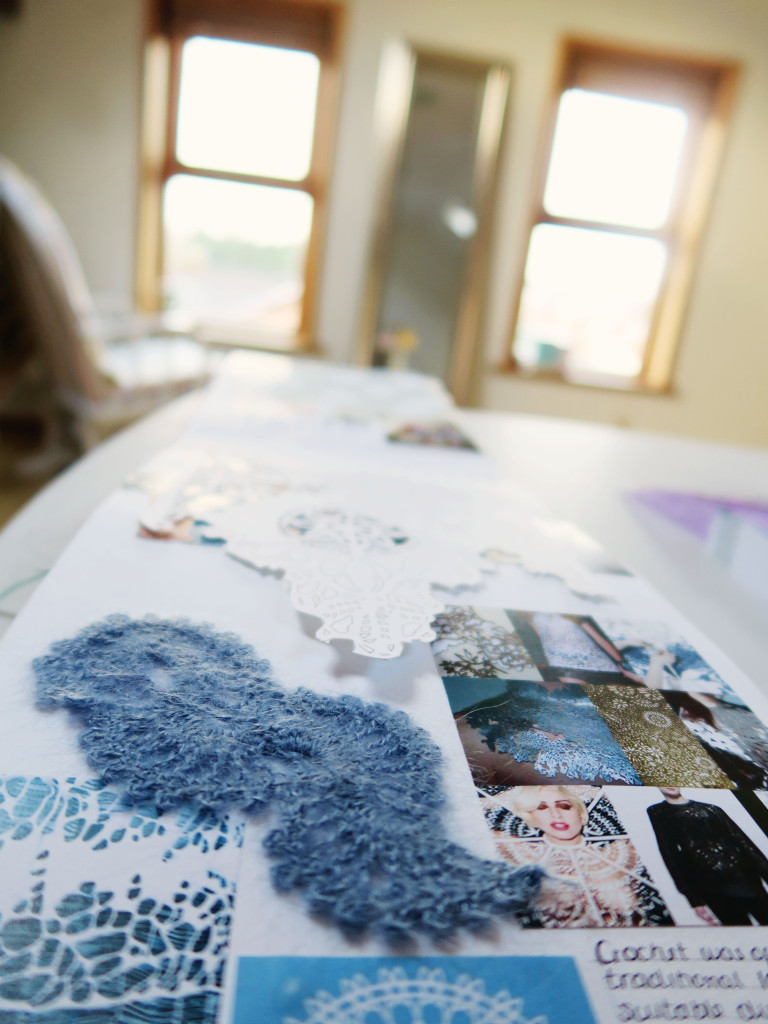 An example of said late night productivity.  Crochet lace samples – so easy yet look arty.  Win win.  A couple more textiles bits and pieces ticked off the list now but I still have about 50 to go! 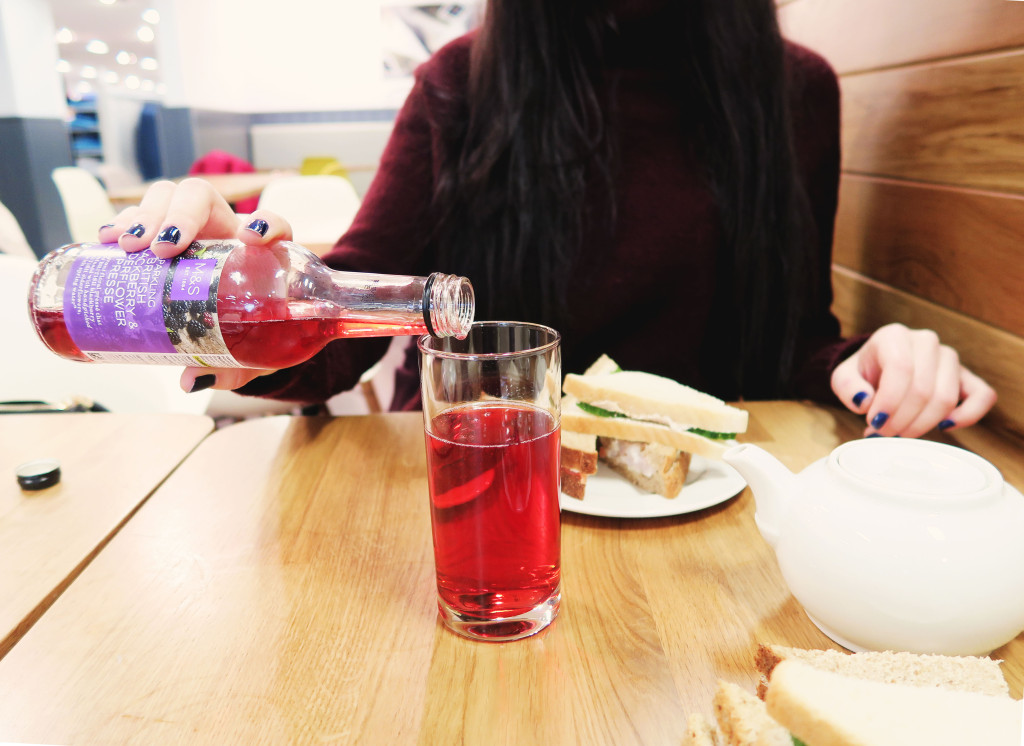 M&S for brunch, where everyone goes with their mum.  Gotta be the seafood selection sandwiches. 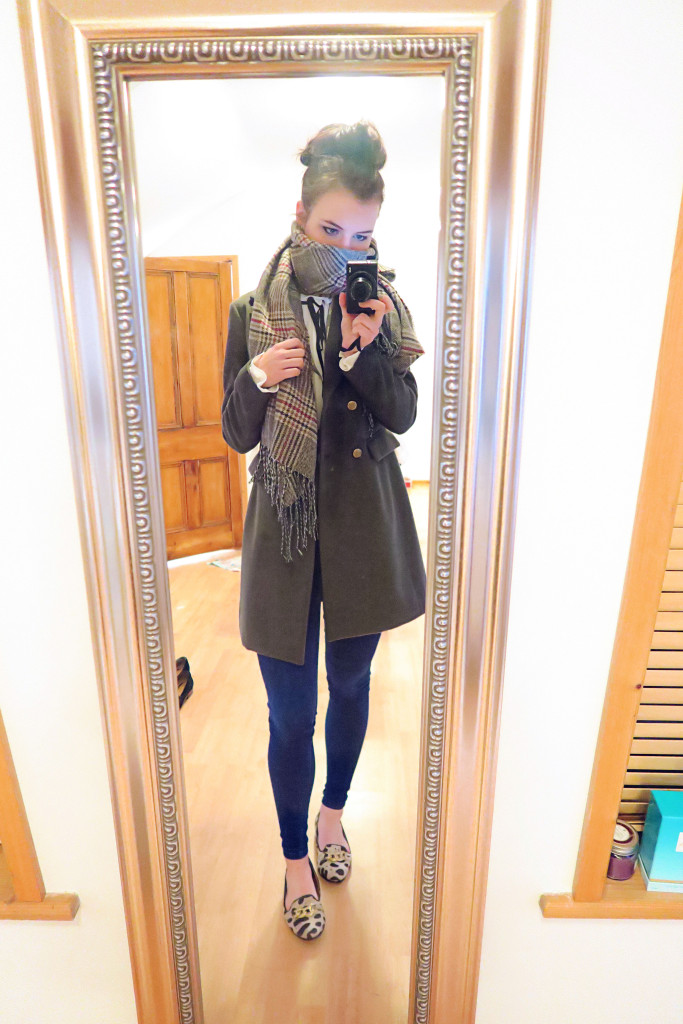 Who likes my new mirror?  I’d wanted a proper full length one for a while so didn’t have to guess too hard when opening this giant wrapped rectangle on Christmas day. 🙂  This khaki coat and tartan scarf came out erm… every day I think?  The Cow Shoes (yes that’s what I call them) didn’t ’cause they’re uncomfy, but I practically lived in the scarf.  And wore my hair in a big poofy bun 3 days in a row because there’s zero point having it down on rainy days.  Guaranteed to end up resorting to this: 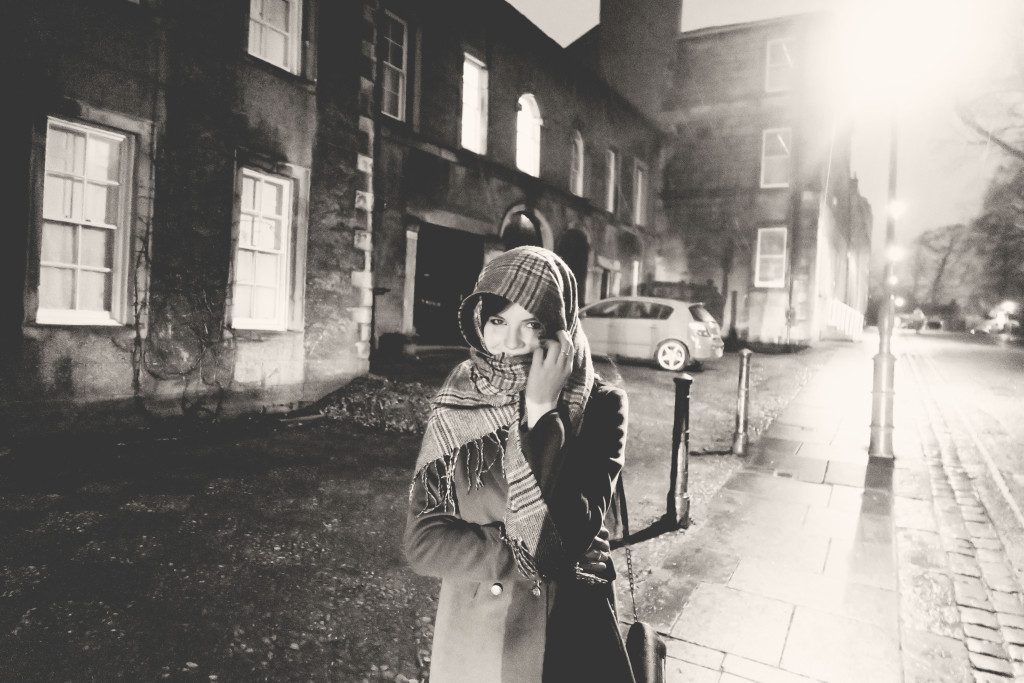 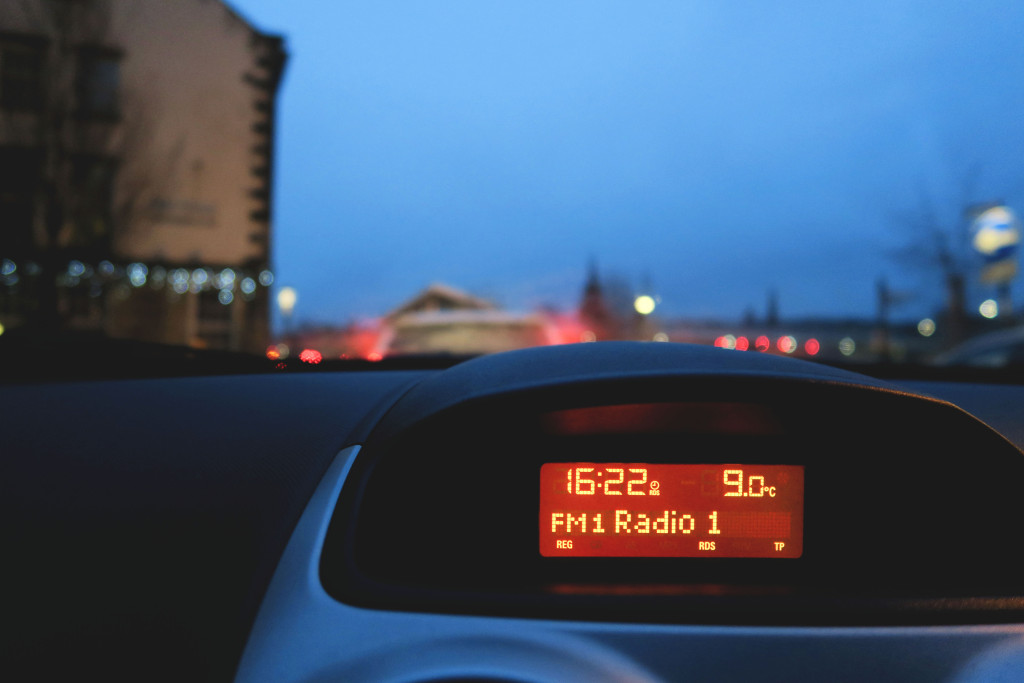 When the light’s gone, it’s raining, and you have camera in hand, what do you photograph?  The car dashboard, duhhhh.  At 16:22 on Saturday 9th January 2015, it was 9 degrees celcius in Lancashire.  There’s a snippet of information that your life’s better for knowing. 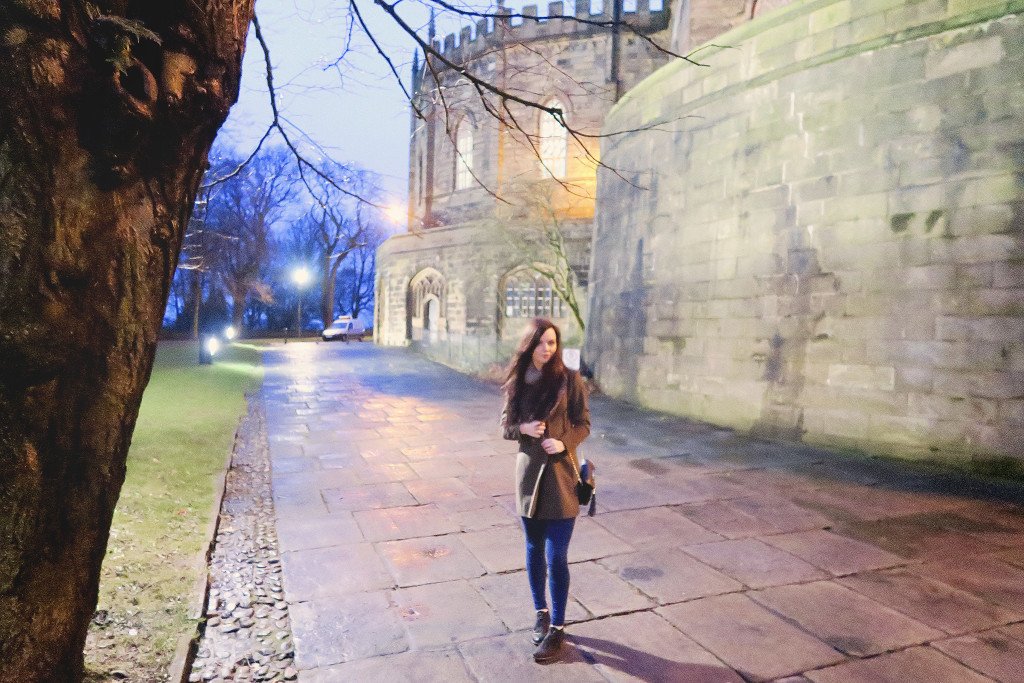 Quick wander round Lancaster castle in the 20 minutes before the rain resumed, again. 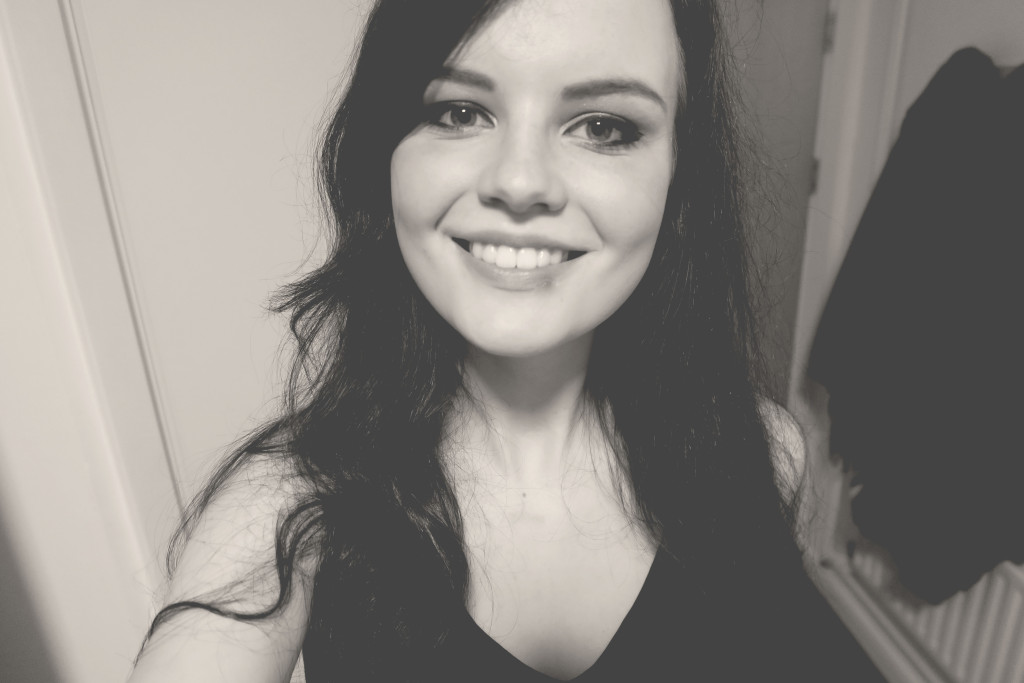 And finally a few cheeky selfies after predrinks before a night out in Lancaster.  Didn’t take my camera out with me, which was probably a good idea, but I might have a better recollection of the end of the night if I did.  Oh well. Life. 🙂 🙂 🙂