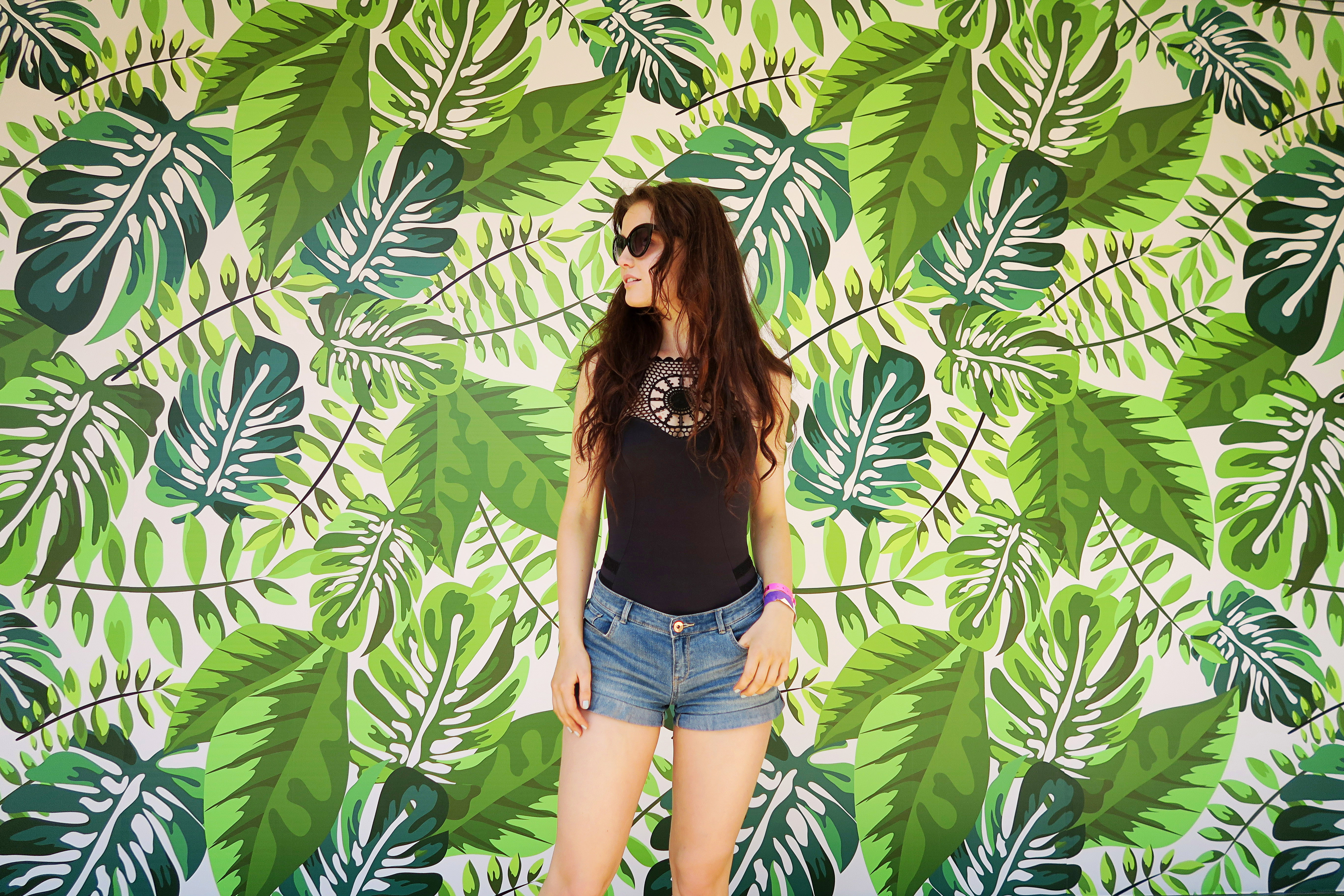 If I could rewind to this time last week and be sipping a peach schnapps by the pool, that’d do just nicely.  Last week was ultimate #FridayFeeling goals.

Short of hopping on another flight, I can only relive the whole shebang through 3188 photos.  Here’s my desperate attempt to remember every morsel of information I was told about BH Mallorca during our trip, because wow is it a cool place.  There was one very clear message – being young and wanting to party doesn’t mean compromise on quality.  Yes, of course Magaluf is a party hotspot where the drinks are flowing all day every day and the music’s cranked up to the max.  But partying needn’t go hand in hand with shabby rooms and crappy food.  As you’ll see. 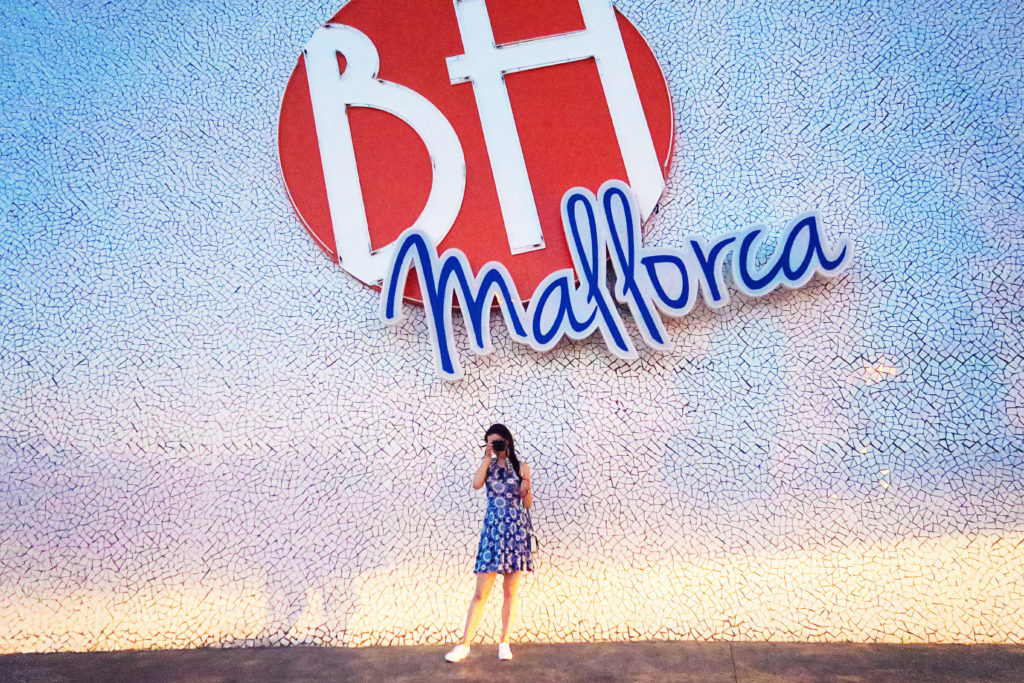 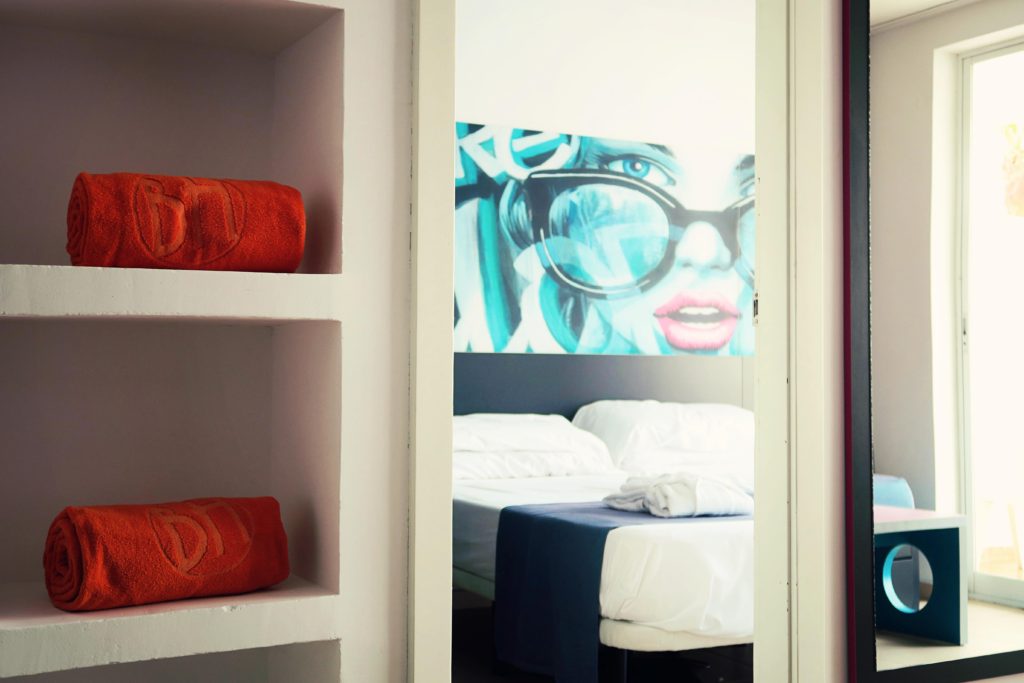 This cool gal watches over you as you sleep.  In all seriousness though, our suites were exactly what you’d want from a hotel – super clean, super fresh feeling and with plenty room for 5 people to sprawl out and create a bombsite of clothes all over the place.  Gotta say I did a decent job of that on my own, but you get my drift!  Showers were powerful enough to soak your pyjamas if you’re not quick enough to get out the way, and everything you needed was right there. 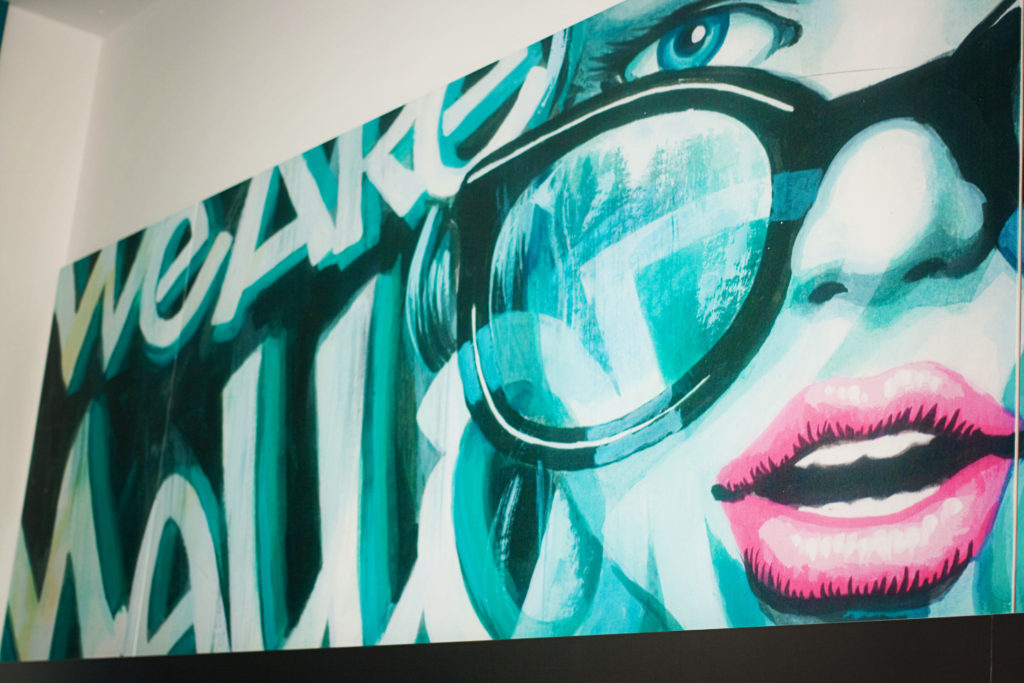 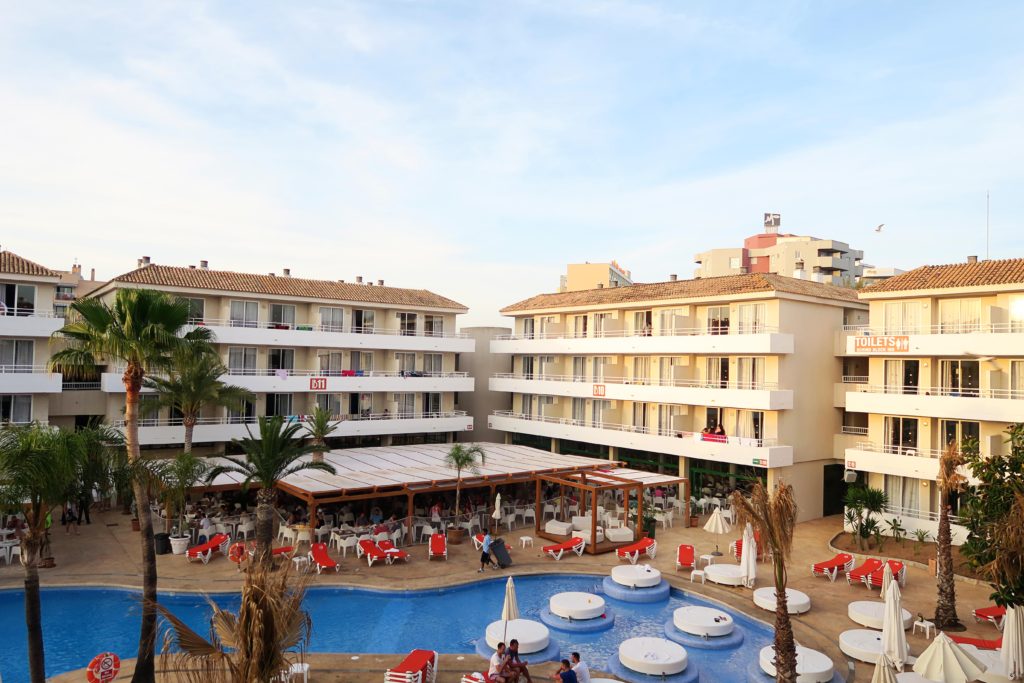 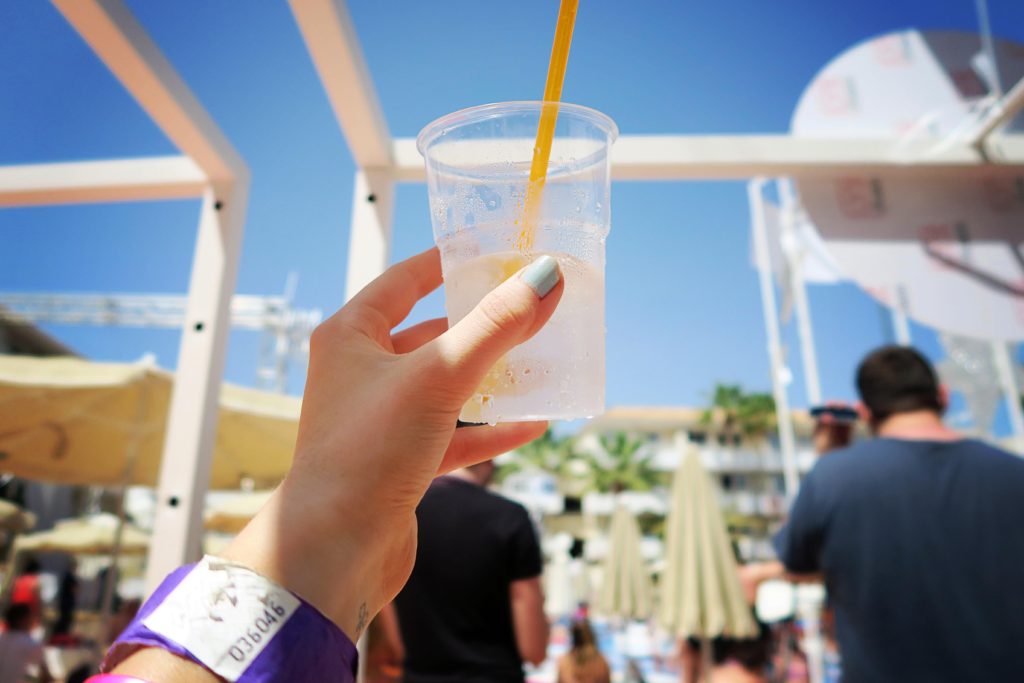 Could get a little too used to the all-inclusive life tbh.  Saturday was apparently BH’s best ever day, and let me tell you it was packed at the pool party.  Maybe had *something* to do with the fact that Mark Wright was there to DJ and chill, but that’s just a sneaky suspicion of mine.  Completely forgetting about life and revision and blah blah blah back home, and soaking up the pool party atmosphere for an afternoon instead was SO GOOD. 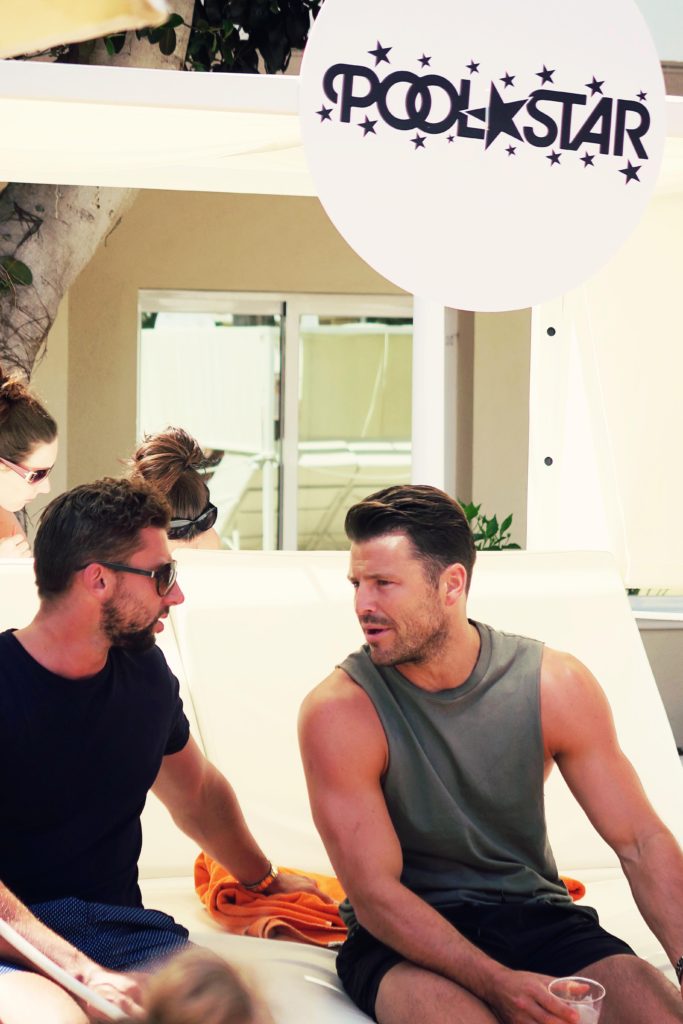 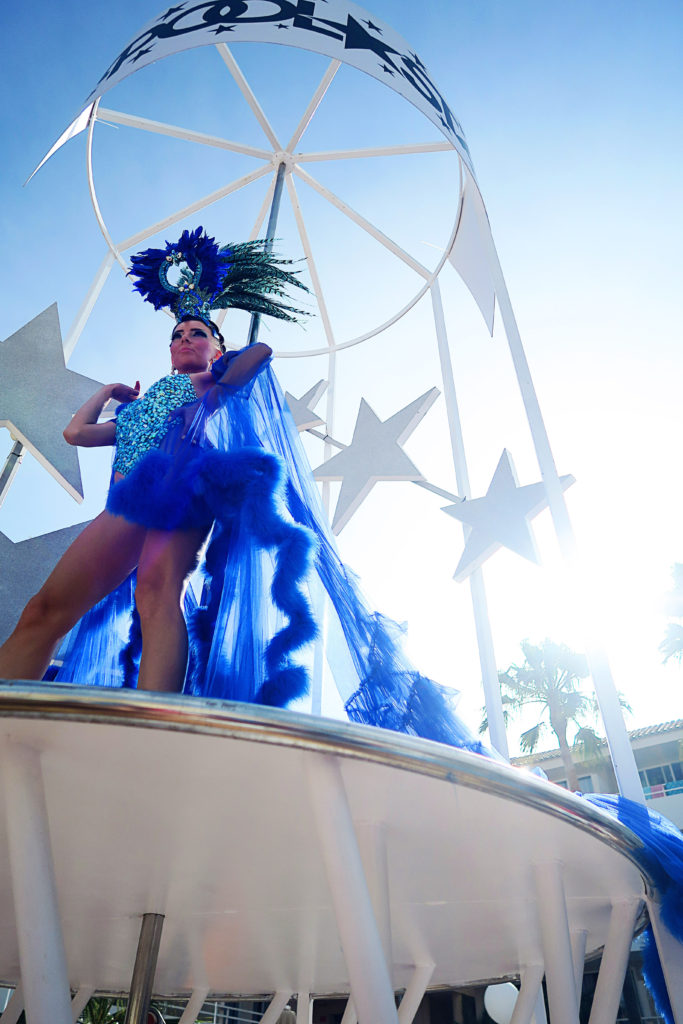 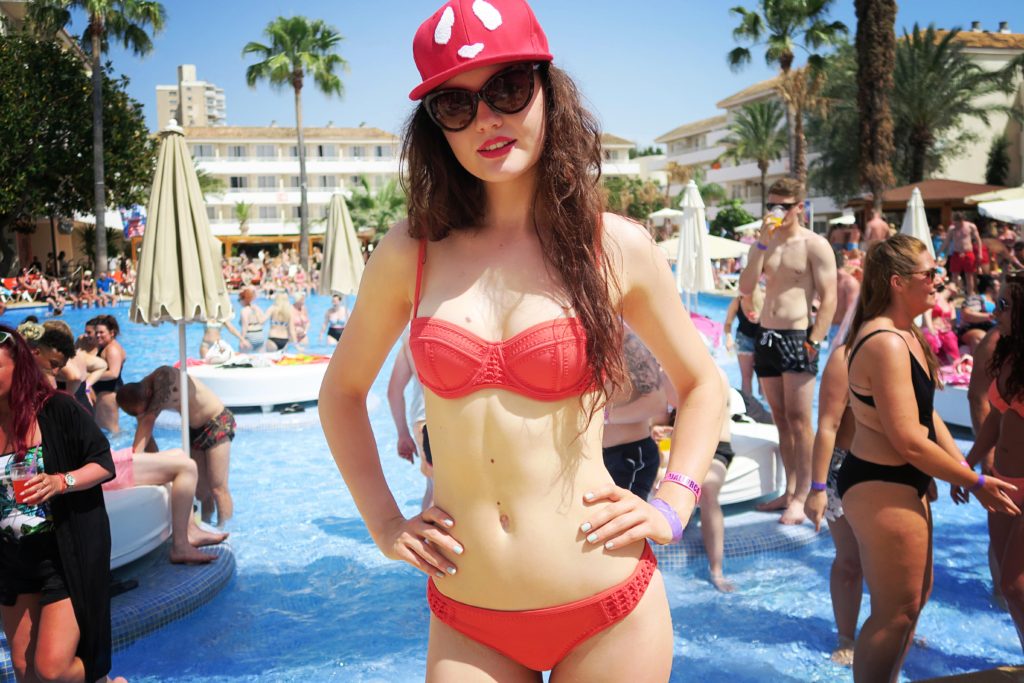 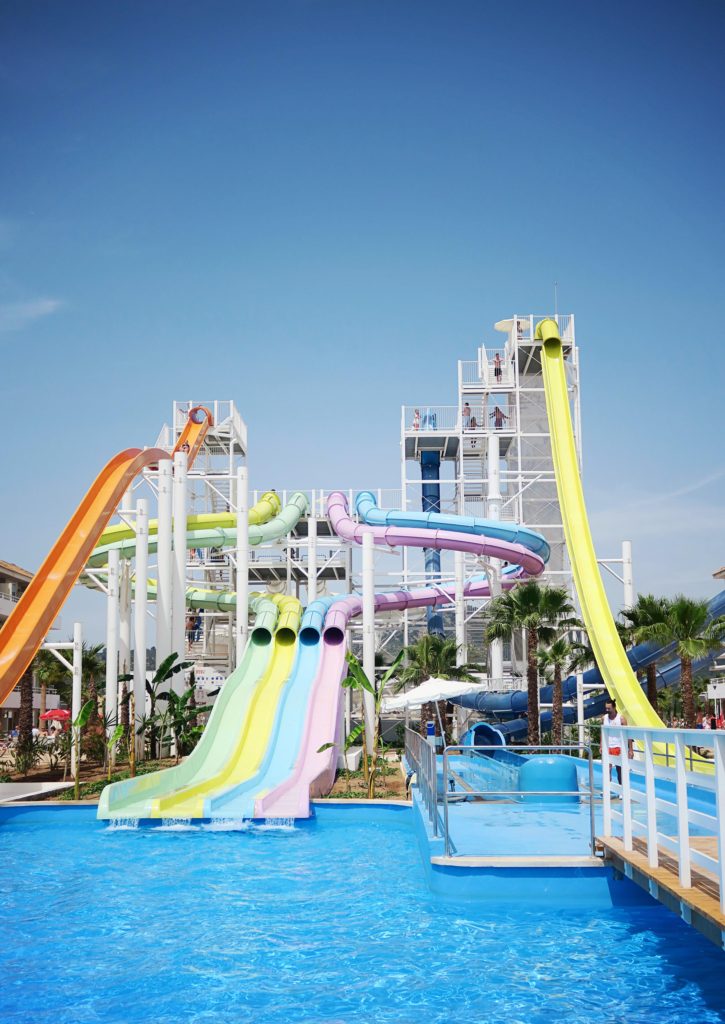 That blue Aqualoop slide haunted me for a good two days.  Seriously though, I’d seen it on the website before we arrived, and decided there was absolutely no way I was coming home without trying the big loopy one.  Nope.  Couldn’t live with myself if I wimped out of that one.   Gave me a jittery stomach for the whole morning before the slides opened at 12.  I did it though, twice!  Took me 56 seconds to convince myself to step in first time round (I have video evidence of me pansying around) but for round 2 I was straight in there.  Literally all that went through my mind was ‘I am REALLY relying on that 9.81 ms^-2 acceleration right now’ and tbh I don’t think I’ve ever felt more of a physics nerd in my entire life.  Good ol’ acceleration due to gravity sent me round the loop in one piece and whaddya know, I live to tell the tale.  Did wimp out of that yellow one on the right though… the drop felt a little too ‘jumping off a cliff’ for my liking…  Of course being an adults only hotel means the waterpark’s adults only too, so no fighting with 6 year olds for the slides. 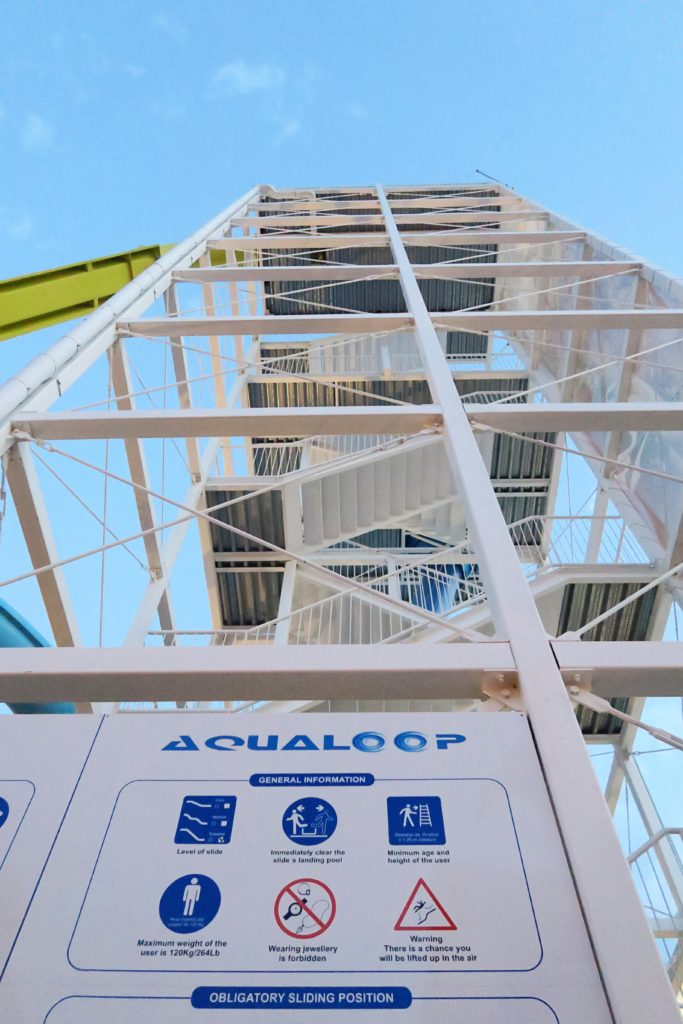 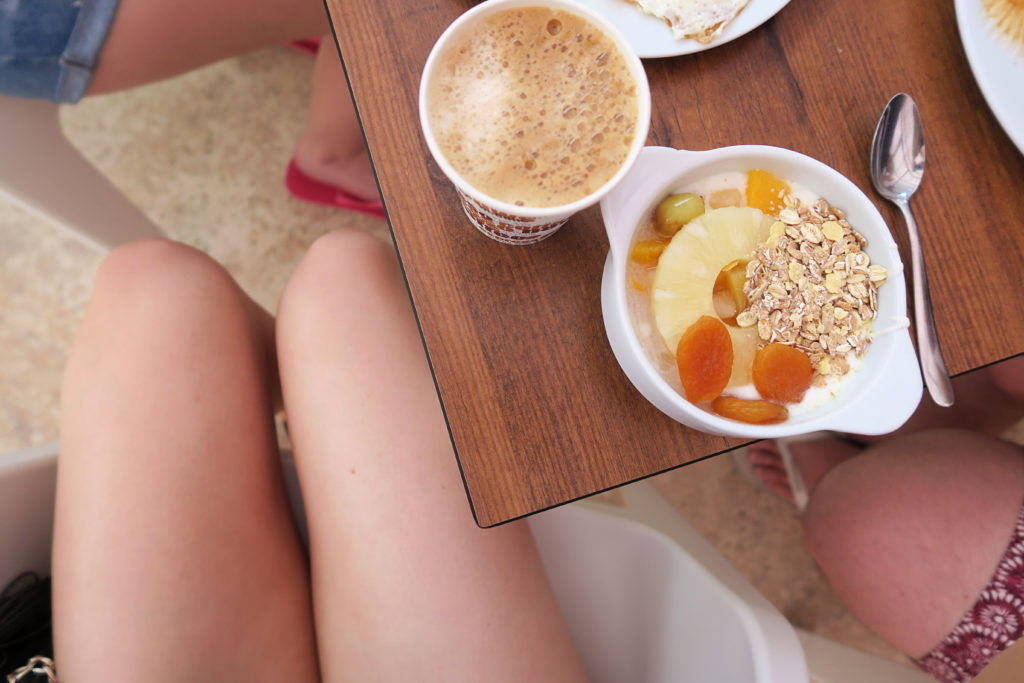 Food wise, anywhere that serves sea bass at the all inclusive lunch buffet is doing a good job IMO.  Frickin love that stuff.  My approach is generally ‘find all the bright coloured veggie, fishy, salad-y things and pile ’em high’ but obviously there’s plenty of chicken, chips and pizza is your thang too.  Plus a 10am beer if you’re so inclined. 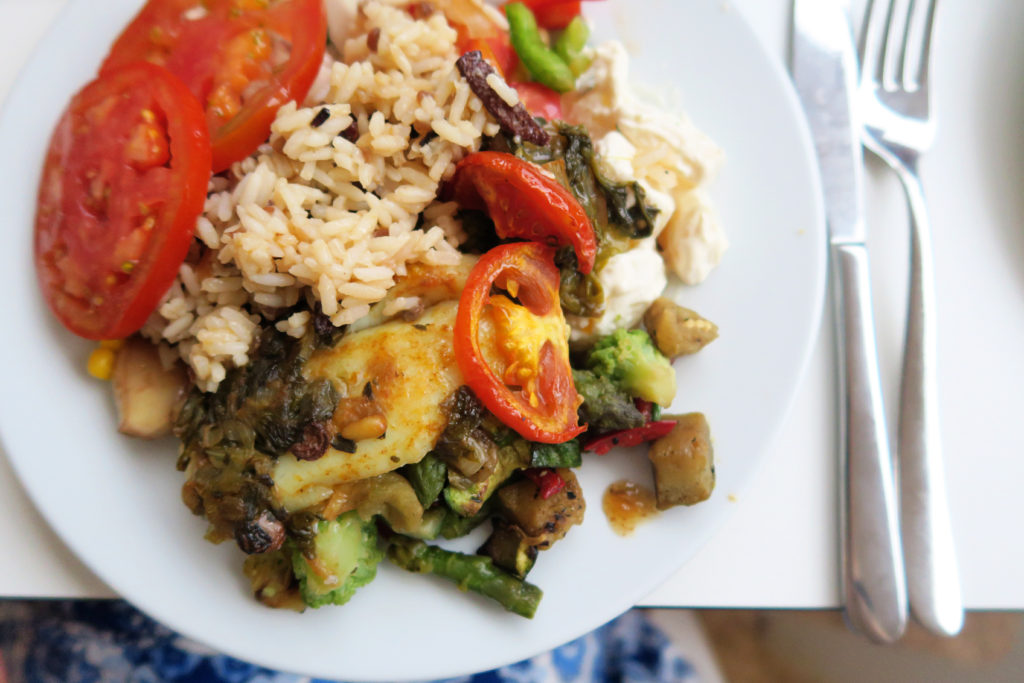 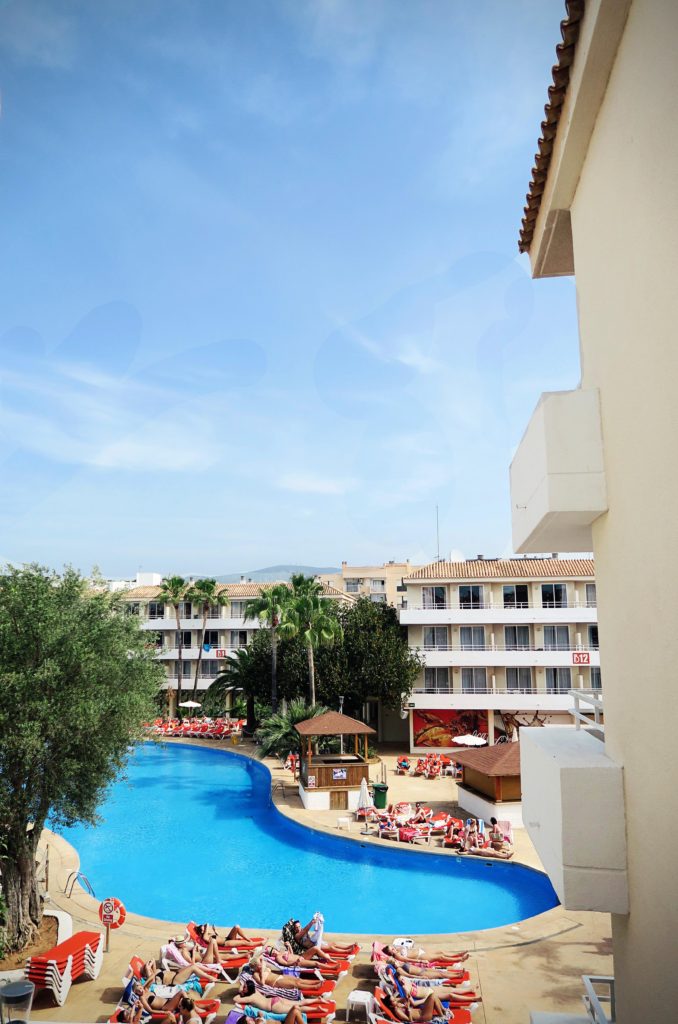 Safe to say my sun craving was satisfied!  Some days had cloudy intervals but at least I could relax on the sun loungers without burning.  We were lucky enough to have VIP access to the super comfy four poster sunbeds, which I certainly wasn’t complaining about! 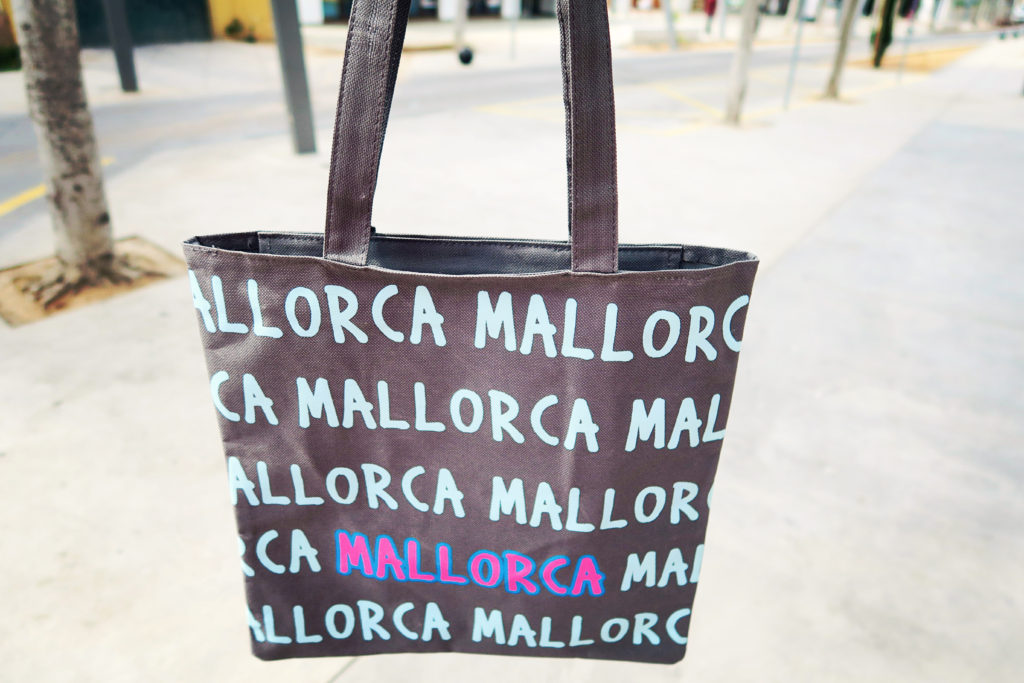 No holiday is complete without an emergency purchase from a ‘tacky shop’.  You know the ones.  3 Euro beach bag, anyone? 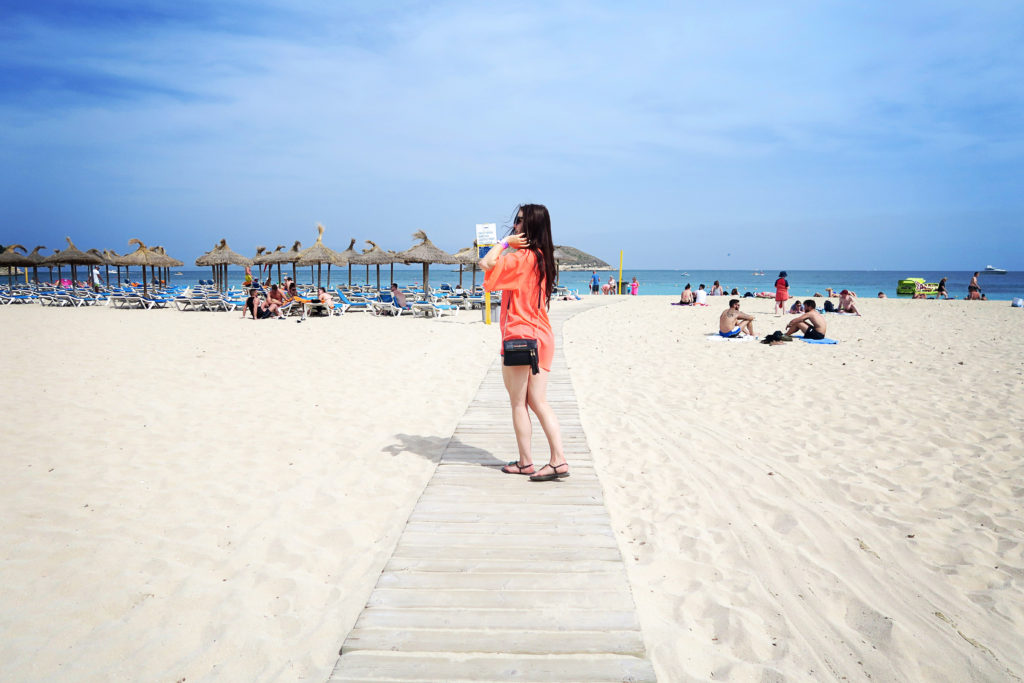 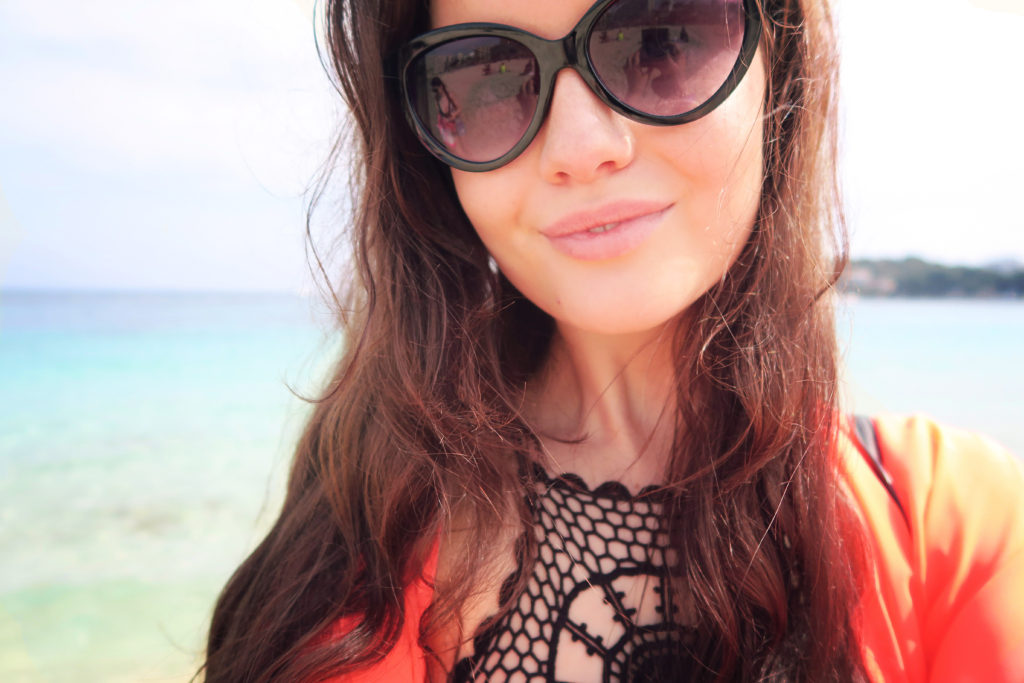 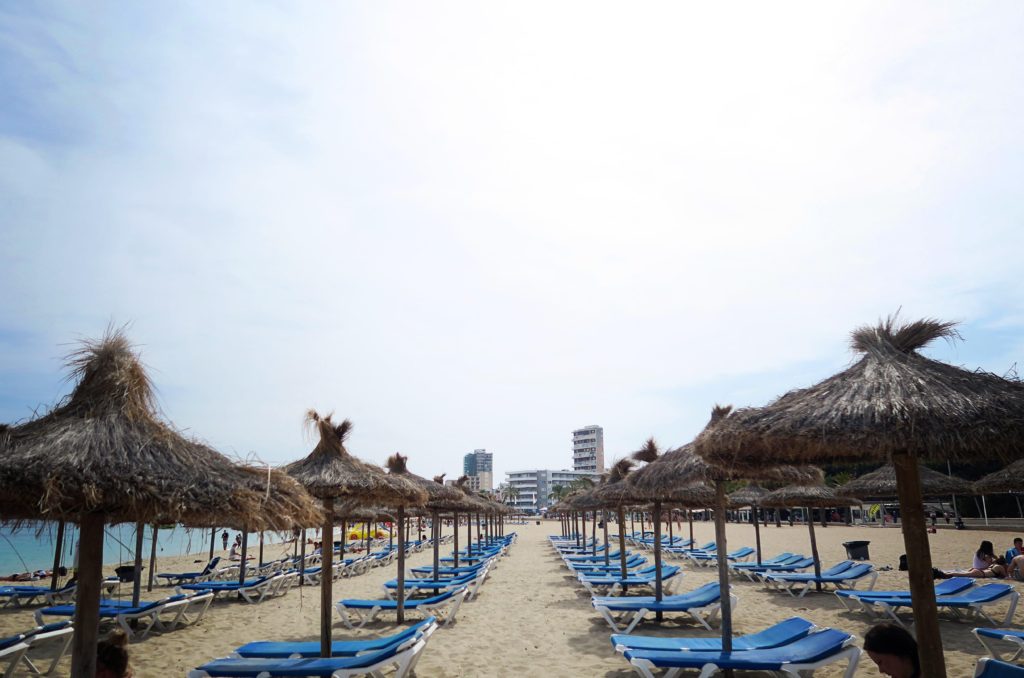 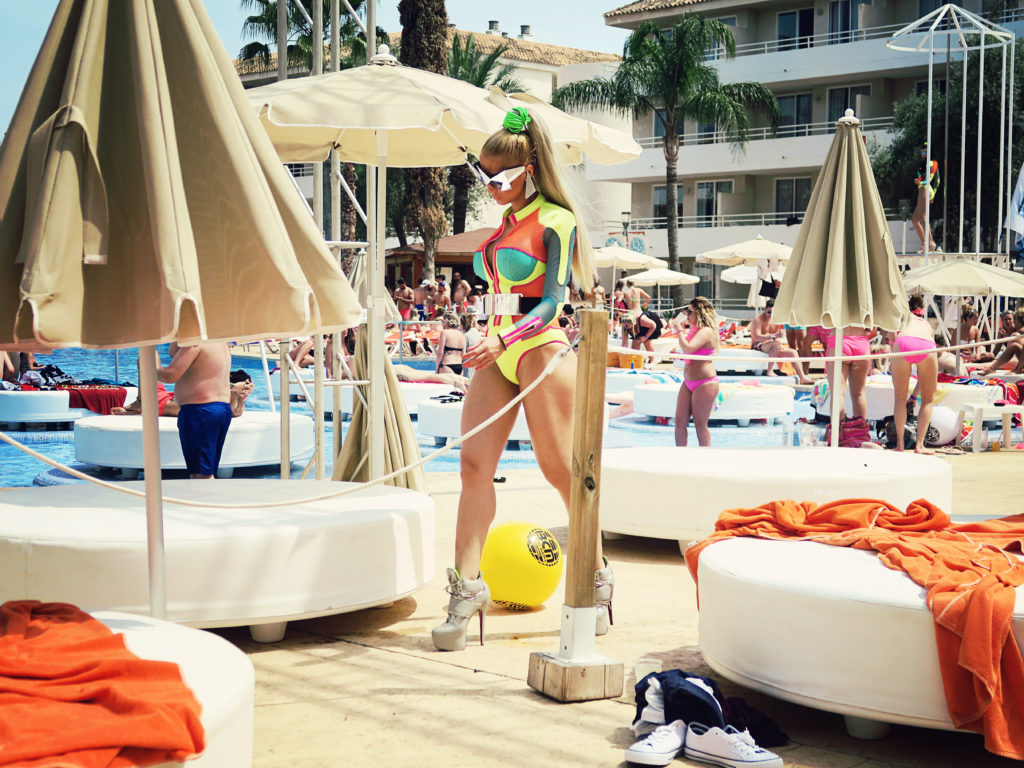 If her legs aren’t motivation for more squats and lunges then I don’t know what is.  Props to the dancers for keeping it going up on those platforms (whilst wearing huge platforms) in the heat – I salute you! 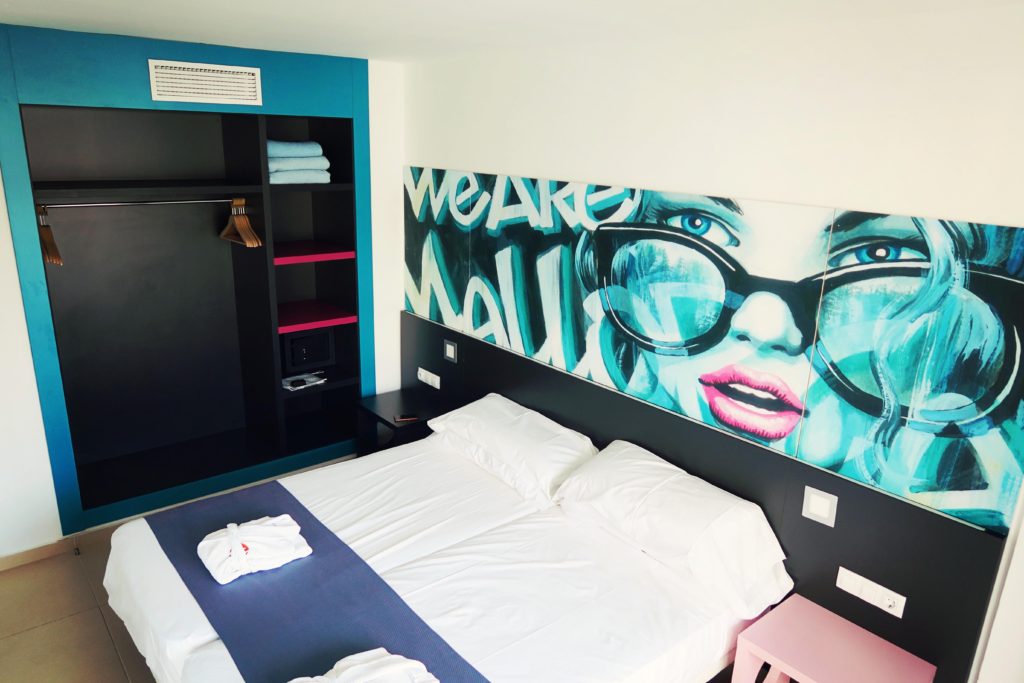 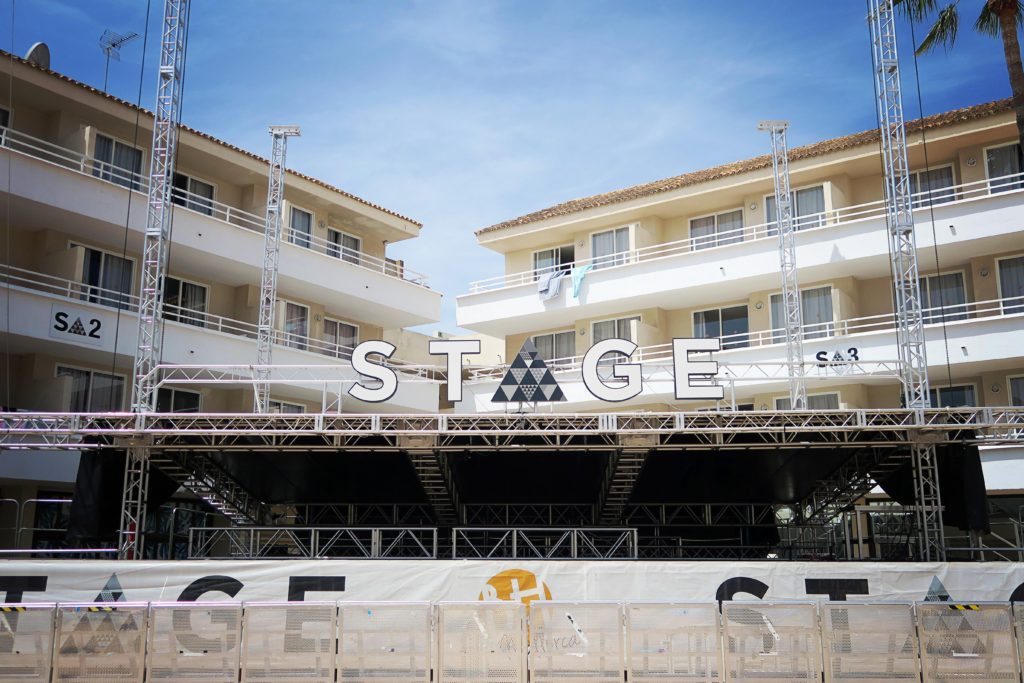 Despite being pretty warm already, it’s not technically the summer season yet so we didn’t get chance to see the famous open air festival area in action.  Pretty sure that a 6000 strong crowd for the likes of Oliver Heldens and Martin Garrix makes for a charged atmosphere. 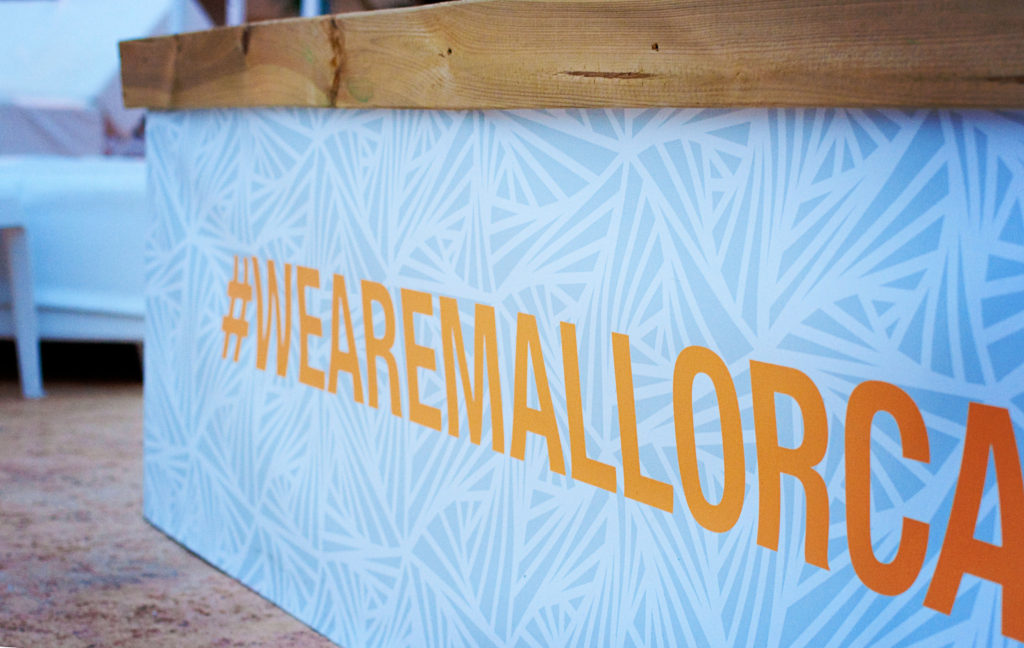 I’ve *probably* waffled enough about the hotel now, so onto the other experiences of our stay.  Most of these photos were taken at night and/or in wacky lighting, so forgive me for photography standard going suddenly downhill.  First up: Pirates Reloaded.  ‘A night of acrobatics and anthems’ is what it says on the tin, but there are plenty of laughs, sexy dancing and gasps of ‘how the %$*£ do humans do that?!?!?’ thrown in for good measure too. Could upload a million (or thereabouts) photos of Pirates but that’d A) make this post 10x longer than it already is and B) ruin the show for those of you who will watch it if you’re in Majorca.  Yes you will.  Totally different to anything I’ve ever seen, and bloody spectacular tbh.  Oh and there’s unlimited Sangria all night.  Just sayin’. 😉 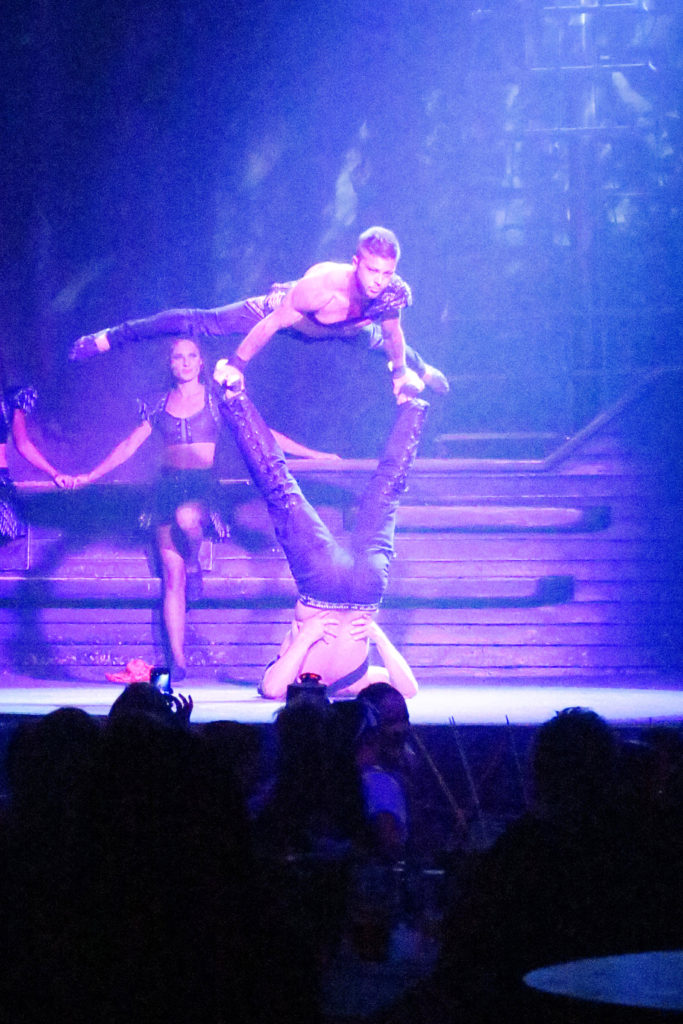 How they make it look so easy I really do not know! 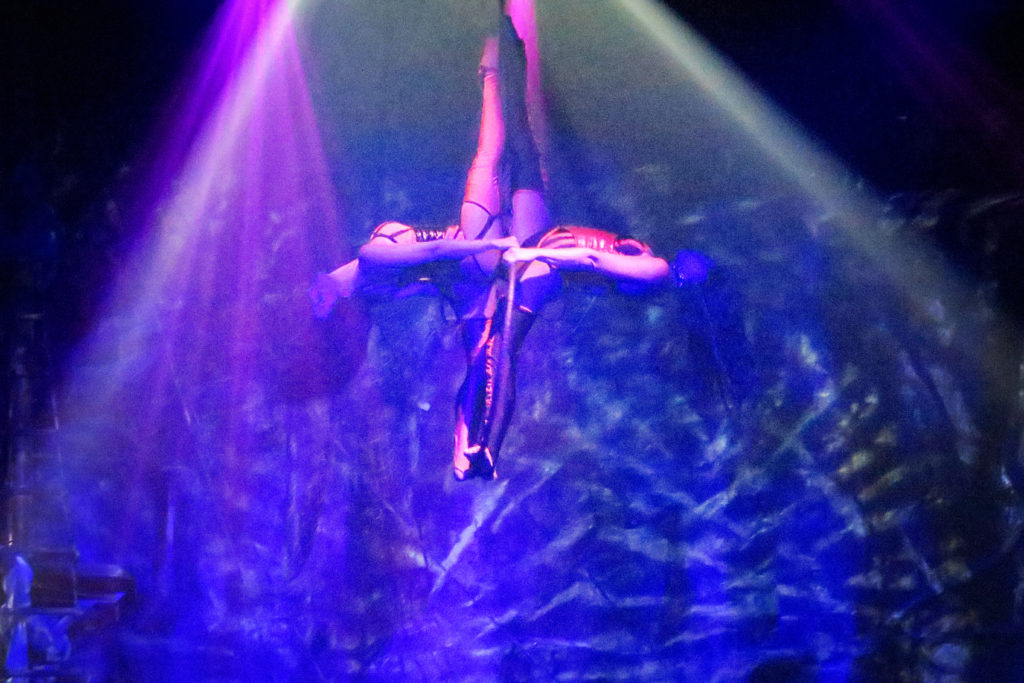 Next up, the place with a 42ft 7.8 inches (that 0.8 inch is very important) yeti scaling the wall.  The Guinness world record holder for the largest movable mascot in the world.  There’s a fun fact to spice up your Friday.  Sol Katmandu is aimed at families/big kids, but we popped along on our first night to meet the brains behind the craziness for dinner.  And let me tell you, that huge burger hit the damn spot after one long ass day!  After dinner was one of those ‘what the hell is my life’ moments, when we found ourselves having a tour of the work-in-progress ‘Slaughter Dungeons’ in the basement of an upside down house.  Bearing in mind I only found out about this Majorca trip on Tuesday morning, to be crawling through tunnels in a terror house by Thursday night was quite a crazy experience! 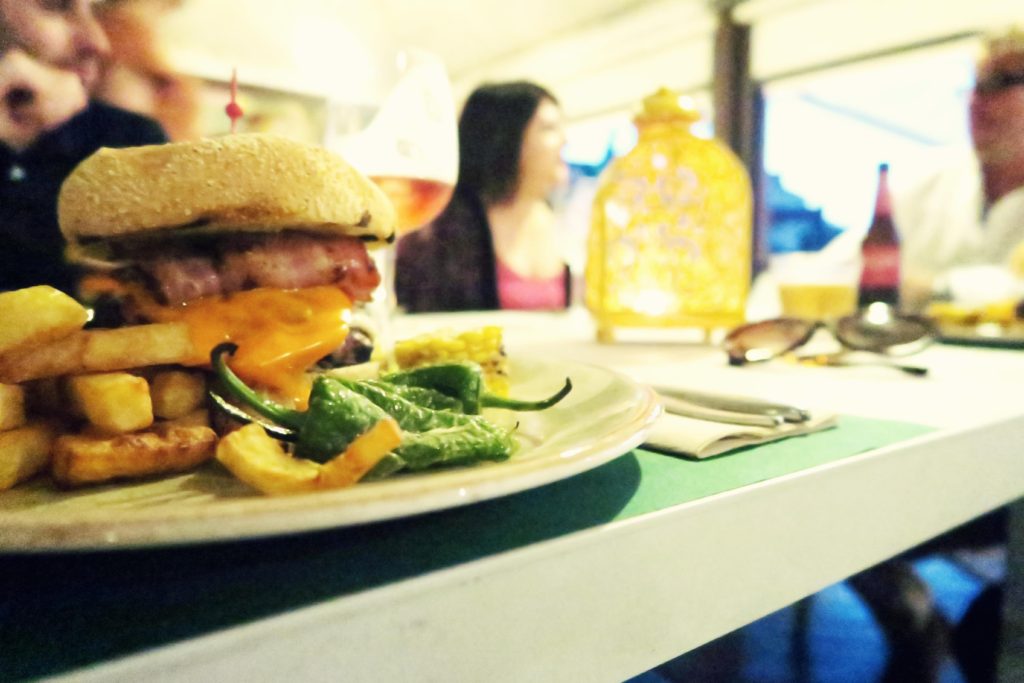 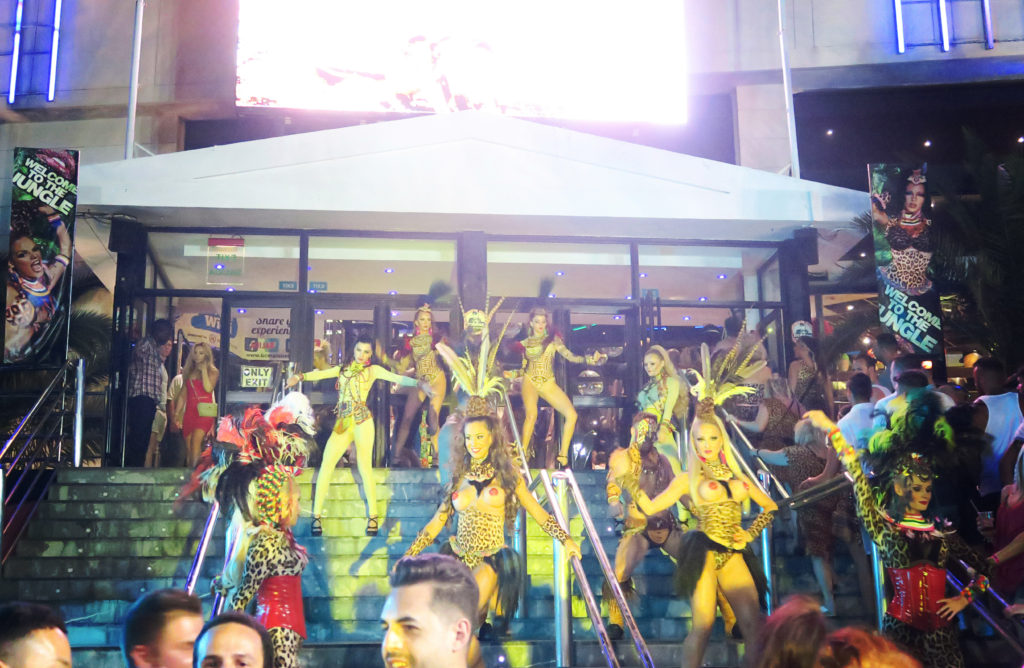 Definitely the first and probably the last time nipple pasties have been on this blog.  When in Magaluf!   BCM Planet Dance is an absolute must.  Jungle Party, nipple pasties, unlimited vodka and many rowdy Spaniards.  What a night. 😀  Your BH Mallorca wristband counts as entry to BCM, which ain’t a bad deal at all.  Drinks at the hotel stop at 8pm (if I remember correctly) so nighttime noise isn’t as loud as you’d think.  The first morning when I poked my head onto the balcony at 6:30am folks were still coming in from the night before (that’s endurance that), but I slept through every night.  And I’m a pretty light sleeper. 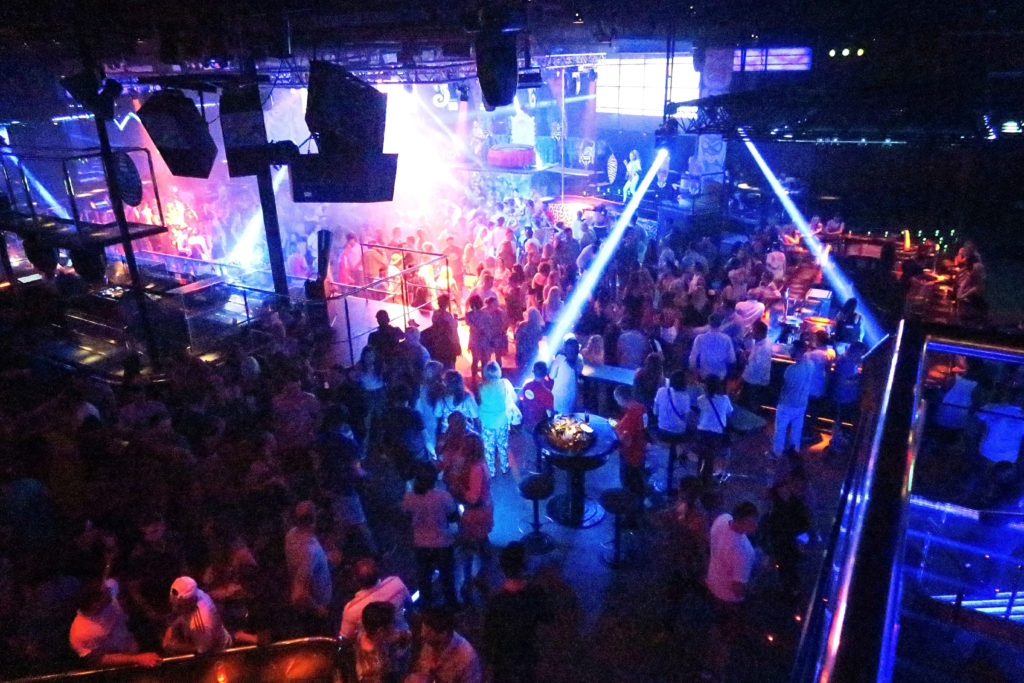 I think you get the idea by now that I rather enjoyed myself. 🙂 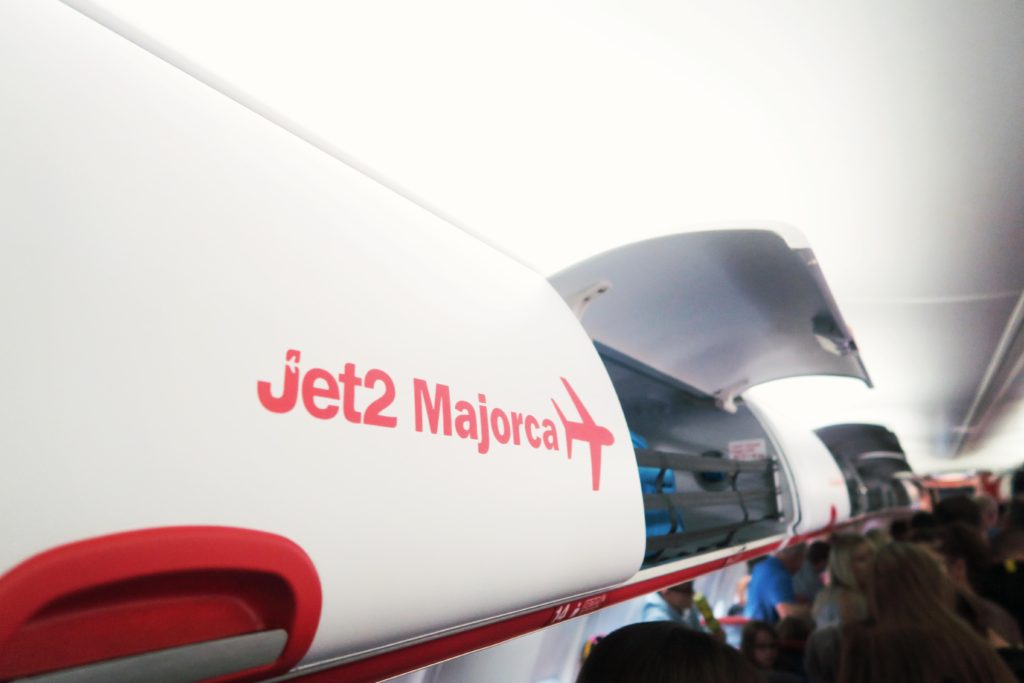 If you’ve made it this far, stay tuned for Majorca pt.2 – the relaxing version, coming soon to a screen near you.  And by that I mean your laptop, when I’ve blown away the holiday blues.  Until then, adios!

Thank you Jet2Holidays for kindly inviting me to Majorca!