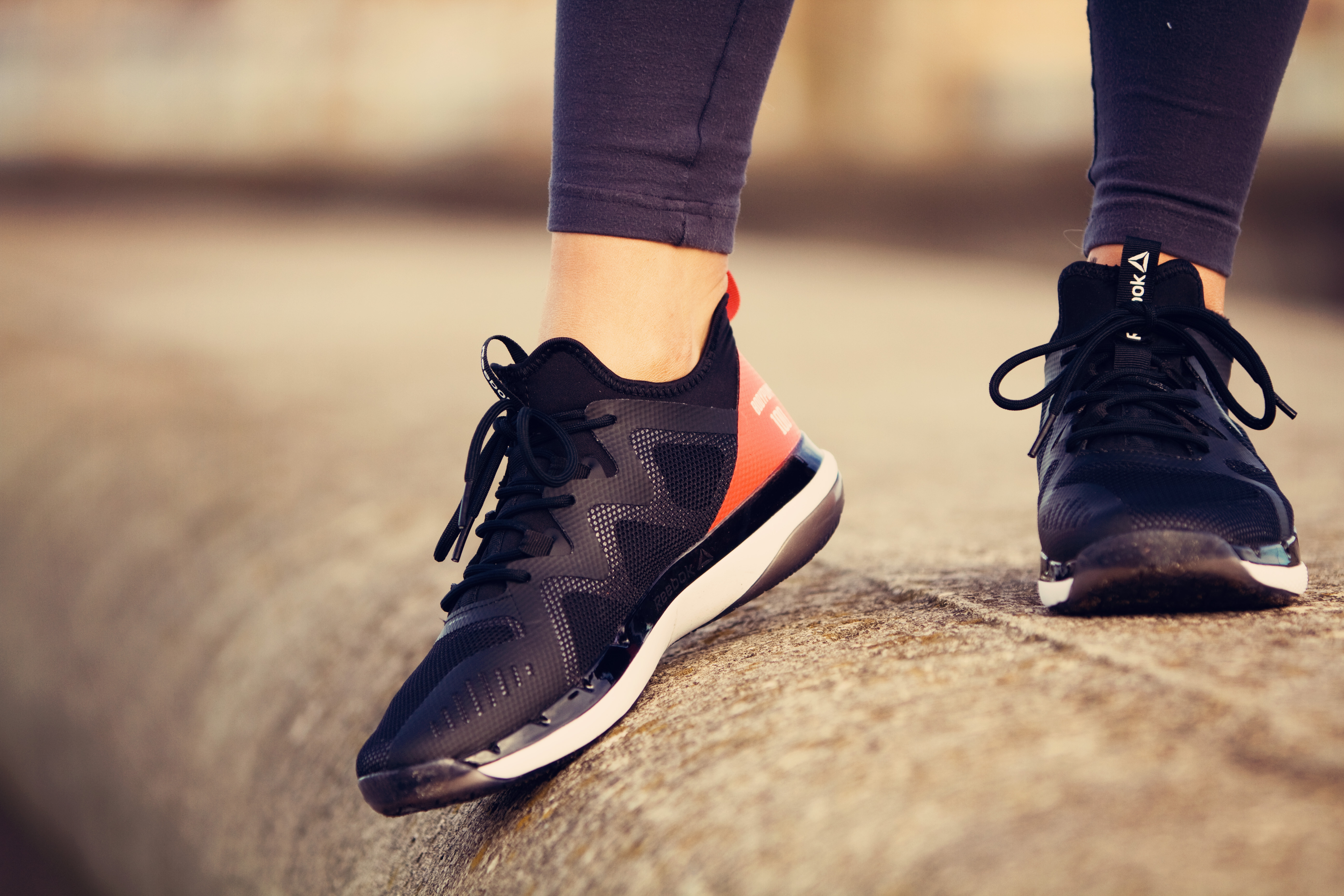 OK so the new year fitness shenanigans are over and done with now, but I wrote in my notebook that I plan to do more fitness ‘stuff’ on the blog this year and if it’s in the notebook it’s gotta happen!  So here we are with one of my favourite workouts.  I’ve been doing BodyPump for literally years, so was obviously more than happy to attend the launch event of BODYPUMP100 a couple of weeks ago to share with you guys.  Like I’ve said before I don’t keep to a fixed workout schedule (my life doesn’t follow a fixed schedule so that would never work) but this class is probably the one I head to most often.  Also the one I seem to turn up late to most often too and have to scramble equipment together at record speed, but let’s skim over that fact! 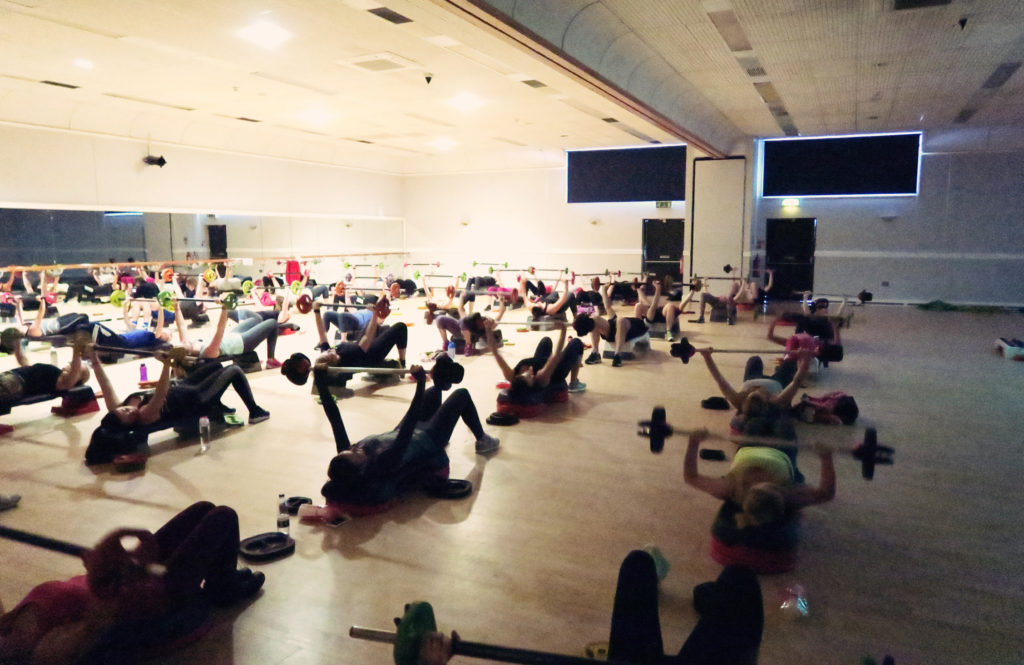 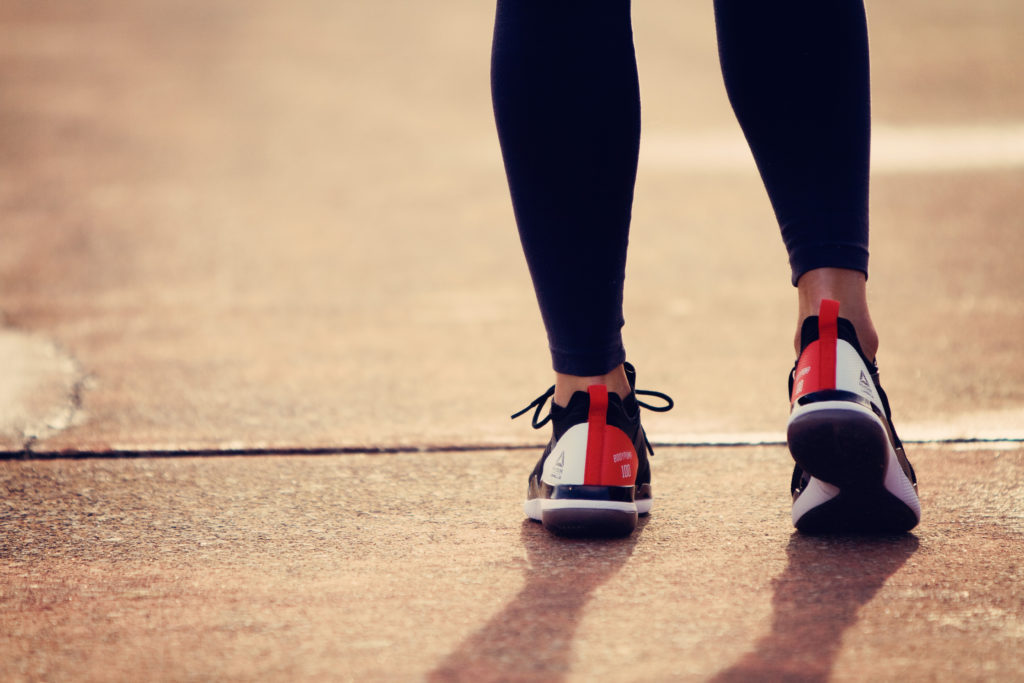 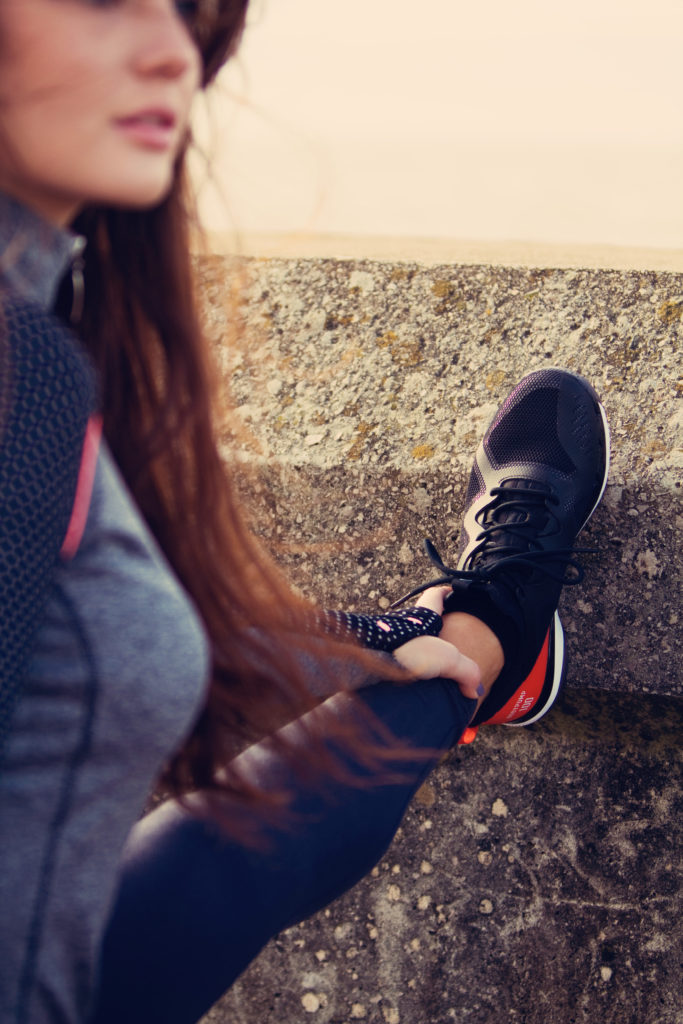 What I like about Bodypump is the fact that it’s pretty much all weights based (aka fab for the days when you CBA doing cardio), but gives you a different kind of workout to just hitting the weights section of the gym on your own.  Basically Bodypump is part of the Les Mills range of classes, each body part is worked for a full track continuously (except for a couple which include short breaks) so your whole body is nicely sore afterwards.  Seriously pushes your muscles even if it seems easy at first!  For example I loaded my bar with 17.5kg for squats which is obviously pretty light (as squats go), but my gawd do you feel it after squatting non-stop for 6 minutes.  Squatting at different tempos and pauses and pulses and in different positions that is – 6 minutes of straightforward squats would be hella boring.  My legs and bum were burning at the end of it and finished off nicely by lunges 20 minutes later.  And obviously being surrounded by a group of people all enduring the same torture at the same time helps with motivation when your muscles are in so much pain you think they might be heard screaming. 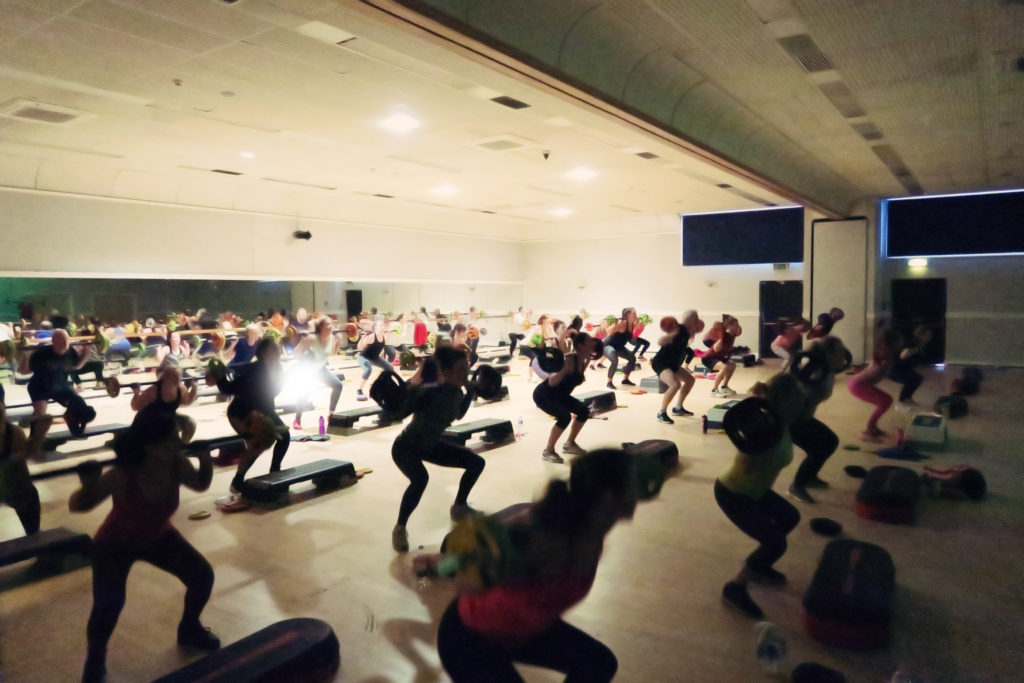 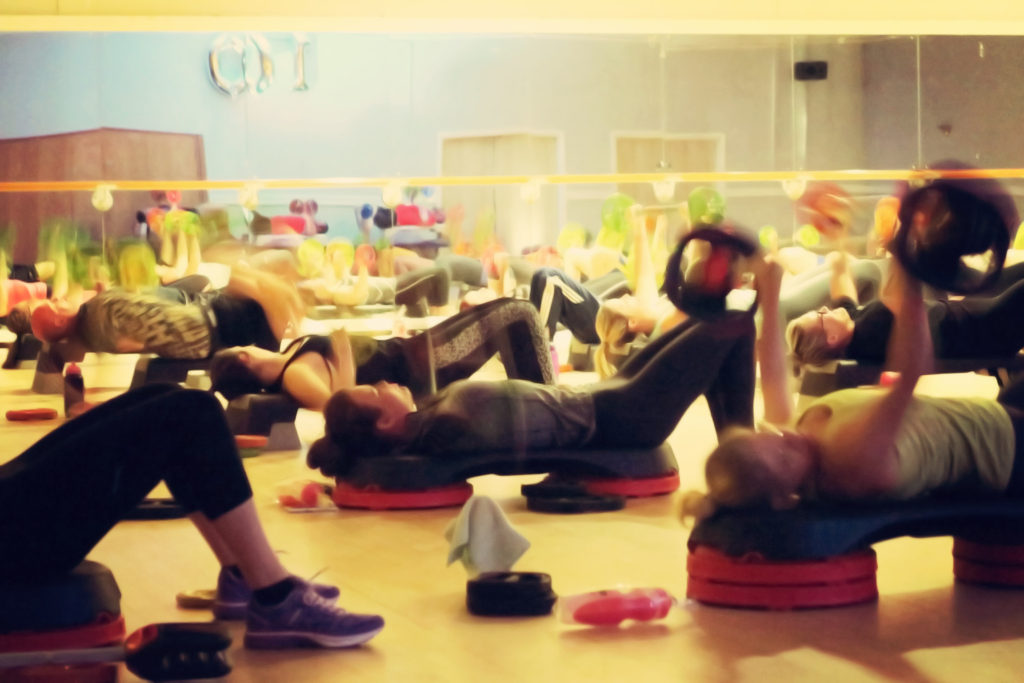 [Evidently we did chest presses so fast that my arms blurred to invisibility and my facial features completely disappeared.  Loving the Voldemort look!]

Even if you’re new to exercise and haven’t touched a barbell before, Bodypump’s a good introduction if you’re not sure where to start as it can be made as easy as you’d like.  The dinkiest plates are only 1.25kg (I think – don’t quote me on that!) which are great whilst you get into the swing of things.  No literal swinging in this one though.  Go to Kettlebells class if you want to swing weights around. 🙂  And if you’re into exercise but have steered clear of weights for whatever reason, then I’d strongly urge you to start with a class like this!

If you’re in the other camp and prefer to lift as heavy as possible, then all I’m saying is it doesn’t hurt to confuse your body sometimes. 😛  I see people (especially guys) in the gym who can shift a hefty amount of iron but are wheezing when they try to move their own bodyweight or do a load more reps.   So even if you’re a lover of the weights room and sceptical of what a light barbell can do for you, I’d still recommend giving it a shot. 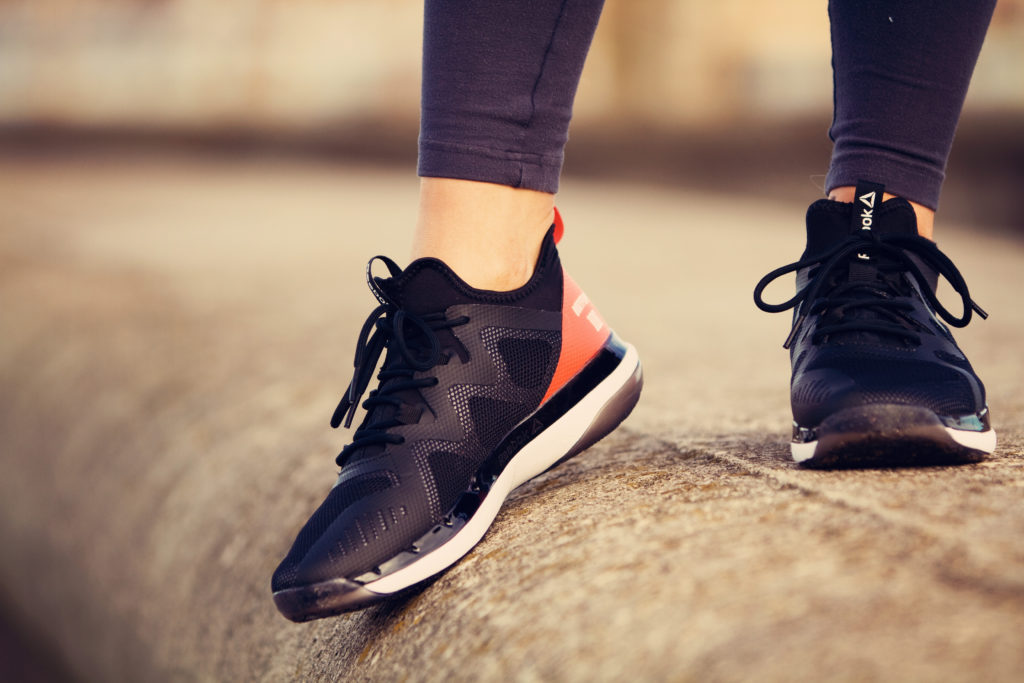 So yeah, I really enjoyed the 100th Bodypump release celebrating its 25th anniversary, and I can assure you I’m not just saying that!  I regularly book myself onto the 6:45am class on a Monday morning so I’d say that’s assurance that I’m not fibbing. 😛  Obviously it’s somewhat difficult to photograph yourself mid workout in a dark studio so we snapped these Bodypump x Reebok trainers on another day, but they’ll be with me in the gym first thing in the morning.

What are your favourite workout classes?  Any fellow Bodypump fans reading?