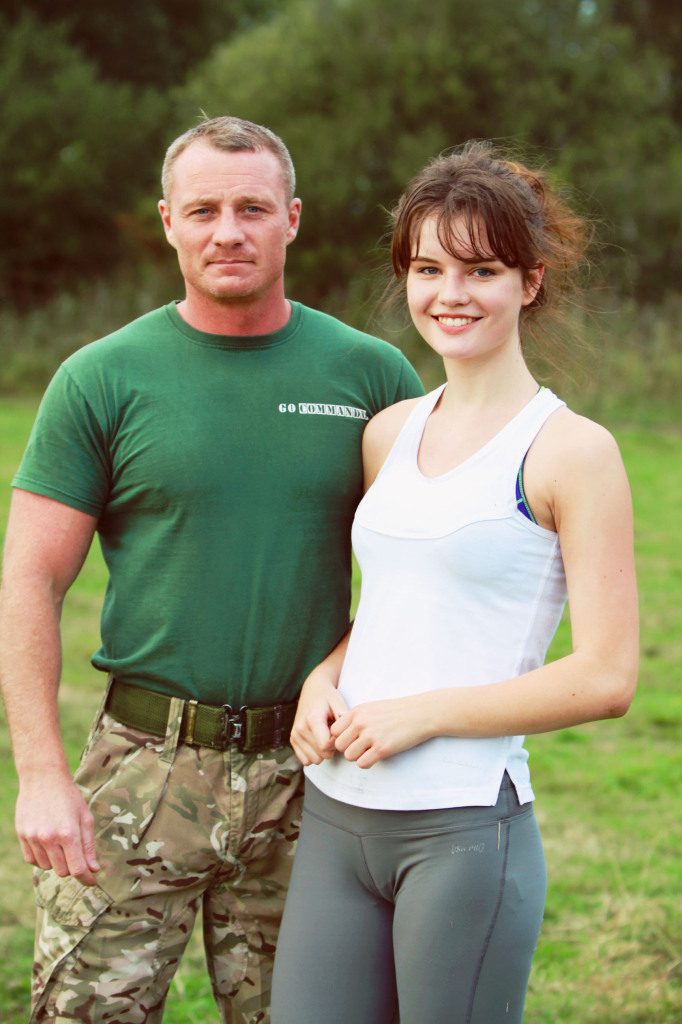 Taking things up a notch or twenty now with my new ‘staying fit’ series!  Walking is great but I think we need something a little more intense too. If any workout is gonna be tough, it’s a military style one.  And if anyone’s gonna kick your arse into gear (we all need it, let’s be honest), it’s an ex-marine.  Go Commando Bootcamp is exactly what it says on the tin, and I thought I’d share with you guys what I thought. 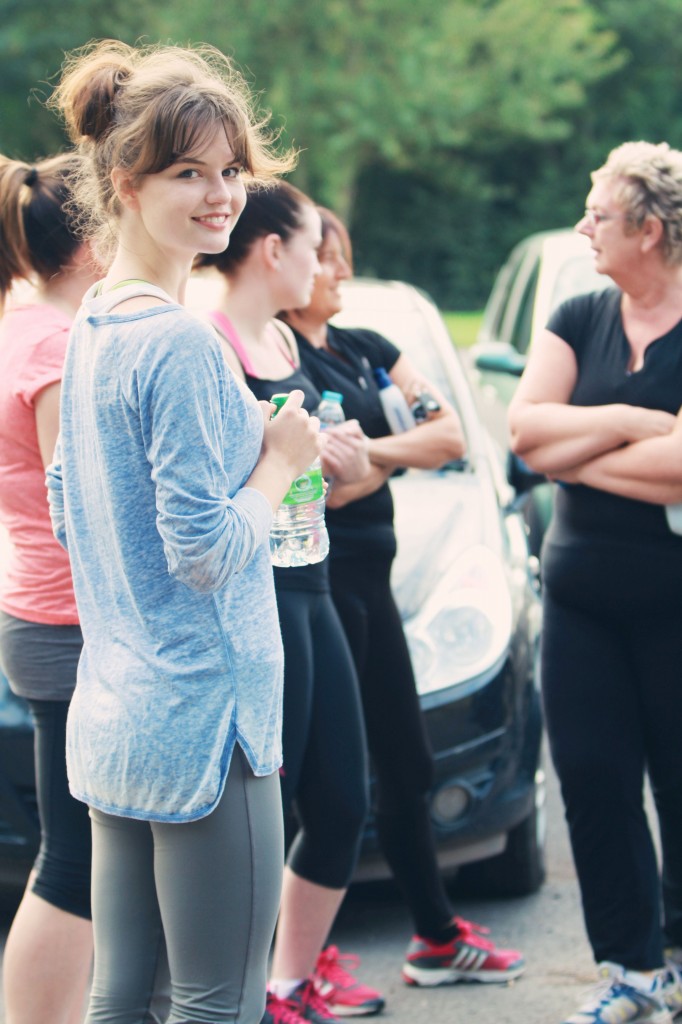 The group met in the Leisure Lakes car park, and after a brief chat about existing fitness levels were split into two to head off around the lake.  Having deemed myself ‘reasonably fit’ I joined the group running the long way round, although I must admit I panicked a little on hearing the guys in front casually chatting about which marathons they fancied running that weekend.  Eek.  Did make me wonder if I’d be able to keep up!  However, the whole group was super varied in age and ability, so I needn’t have worried.  That’s what I’m aiming to achieve with this series: to find and share activities that aren’t limited in any way. 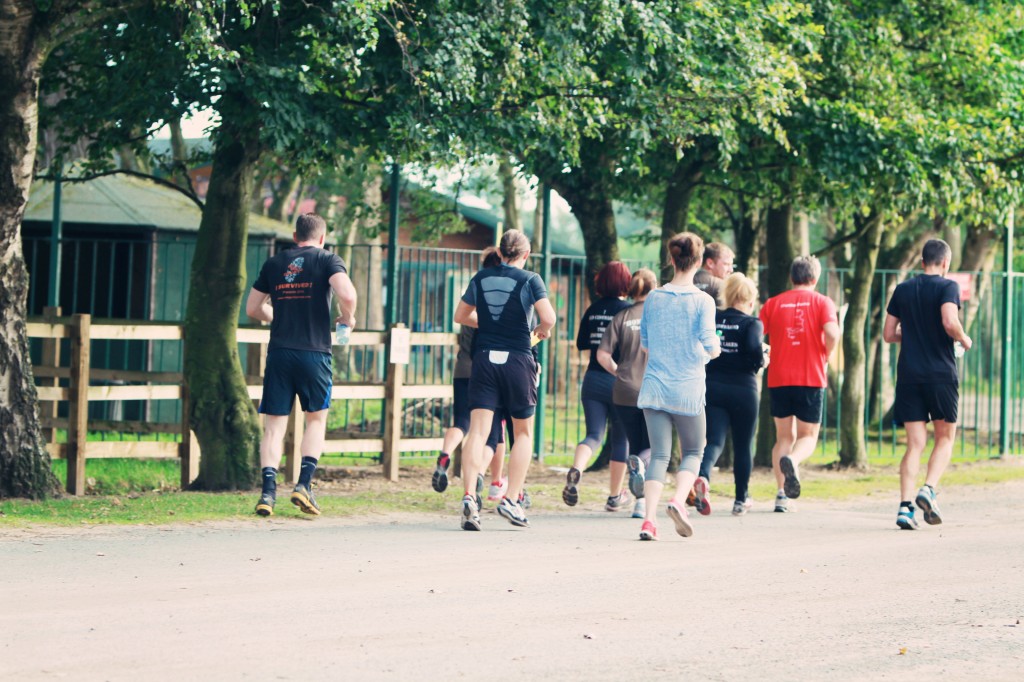 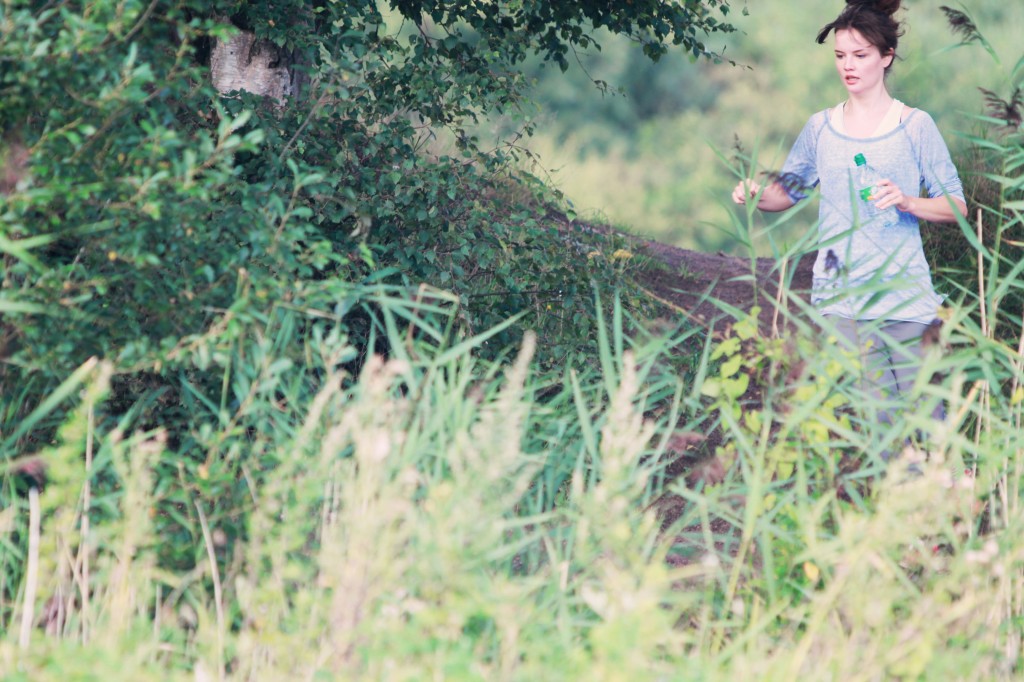 A feeling of group camaraderie was probably the most notable aspect.  It almost felt like we were a class of naughty schoolchildren in PE, albeit 10 x more fun and without any god awful PE kit.  (Although half the group or so were wearing Go Commando t-shirts and rocking them pretty well!)  “When I say one, jump!  When I say two, left hand to the floor!” can’t help but evoke those primary school memories.  Even in my first session I felt completely at ease with the competitively friendly atmosphere, as there’s no denying that you run a hell of a lot faster with a bunch of ultra fit people alongside. Also, being outdoors in a far more rugged environment than any other exercise/gym class helped with the gritty determination side of things.  Perfect form for pumping iron is all well and good, but really I think the satisfaction is far greater after a ‘grrrrr, let’s do it’ hour of throwing yourself full force into every move.  Don’t knock it ’til you’ve tried it, anyhow.  Apparently every session is different too, including an assault course some weeks. 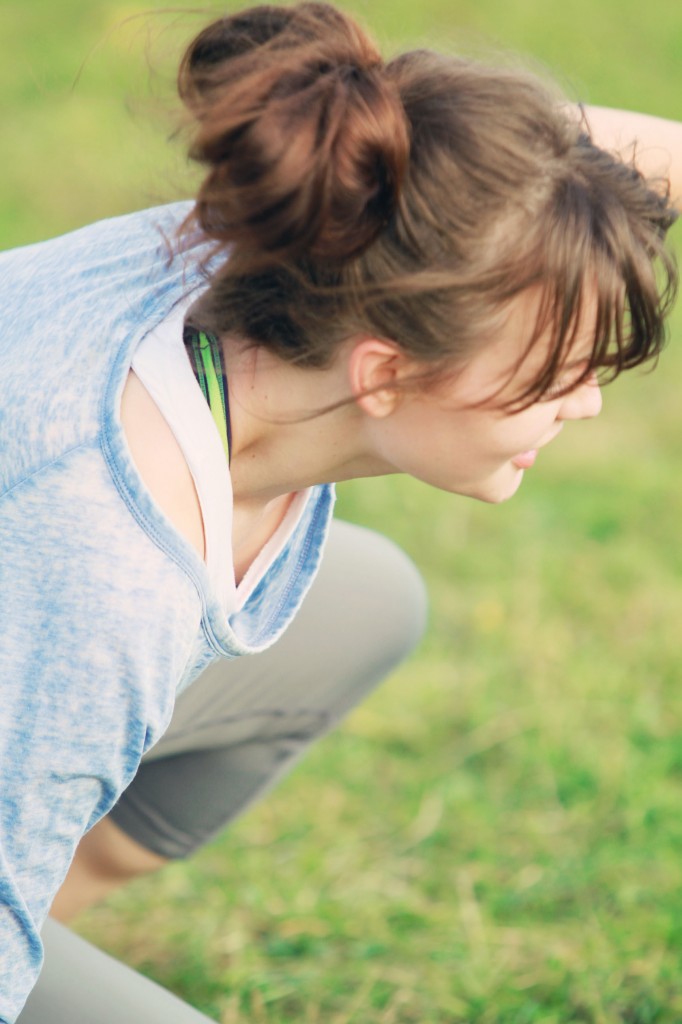 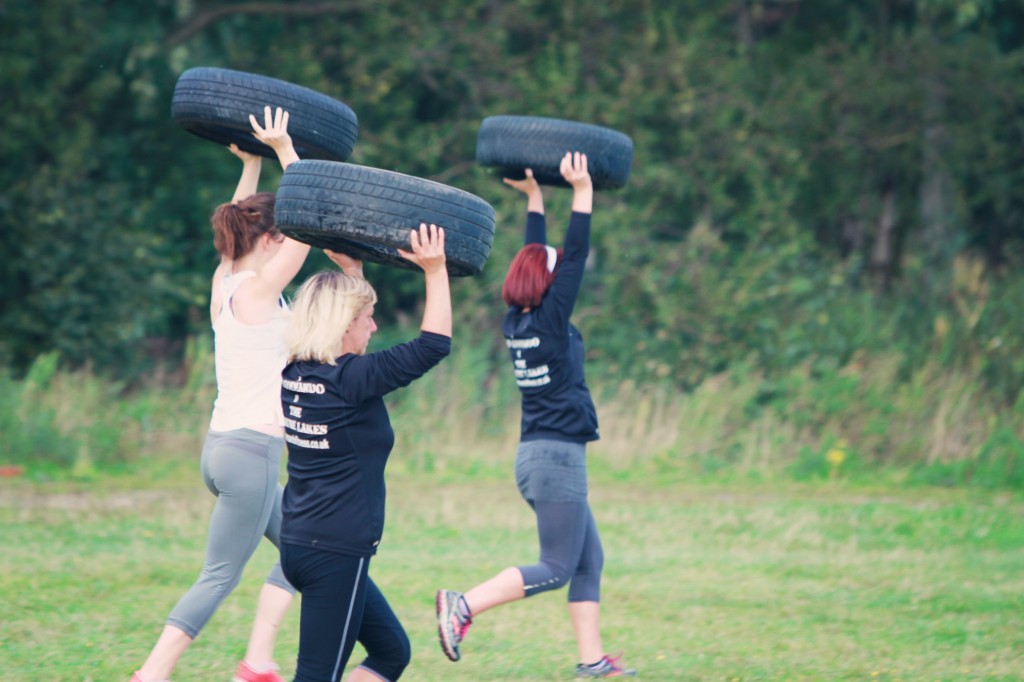 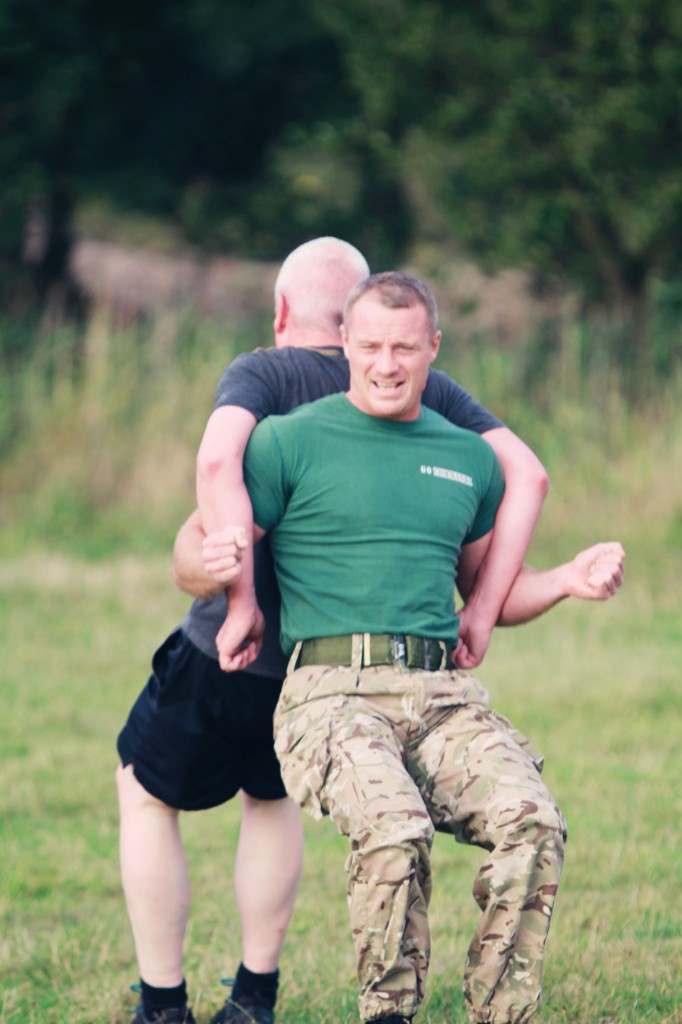 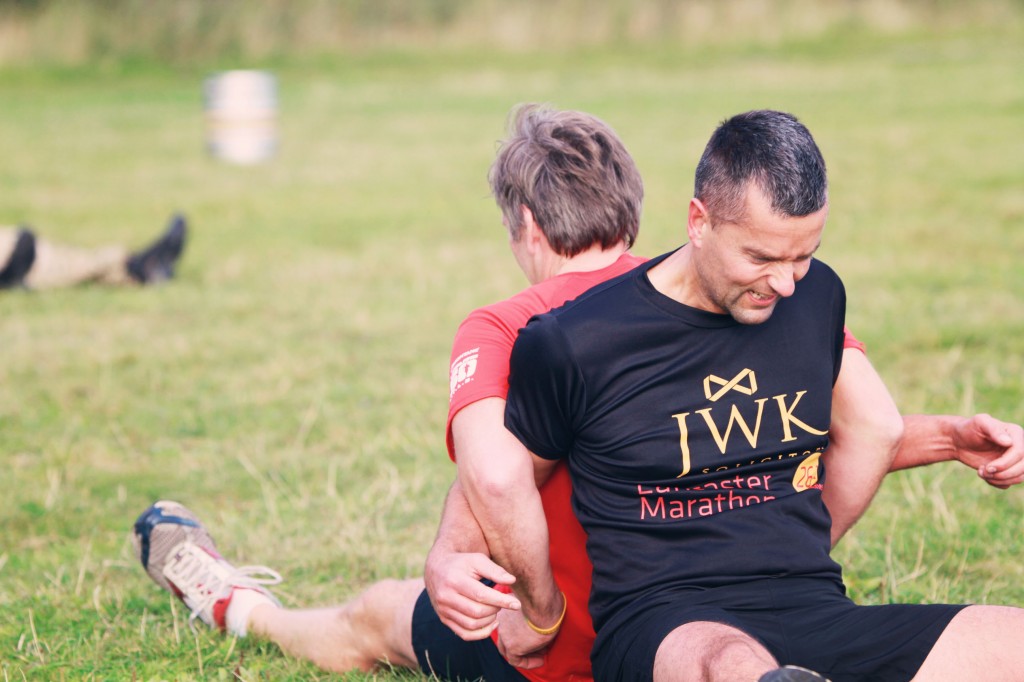 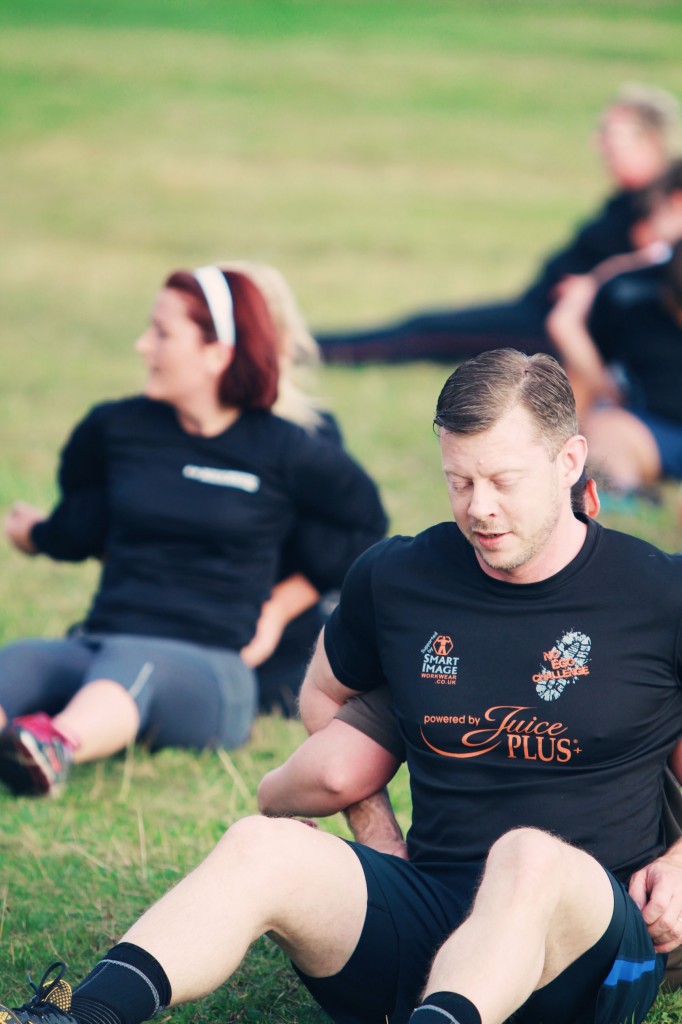 The session comprised of various activities, from partner work fighting against each others’ bodyweight to stand up, to bear crawling, with many a quick burst of running in between.  Squats and lunges were a rest circuit, naturally.  Those squats felt like I had a 100lb barbell on my back after everything else, let me tell you!  Bootcamp is undoubtedly a full body workout, with tyre lifting and pushups to turn your arms into lead and sprints across rutted mud to kick your legs into gear.  Not to mention everything in between pumping the heart rate above and beyond.  I’d say my personal (least?!?) favourite part was ‘getting down’ and leopard crawling on our stomachs – purely because however which way I wriggled my arms and legs, I seemed to move only mere inches in no clear direction.  Most likely that’s just me, and my occasional incompetence when it comes to co-ordination.  You wouldn’t believe I’ve been a dancer for the last 13 years, would you?  I also learnt from this exercise exactly why I was the only daft one wearing white.  Rookie mistake. 😉 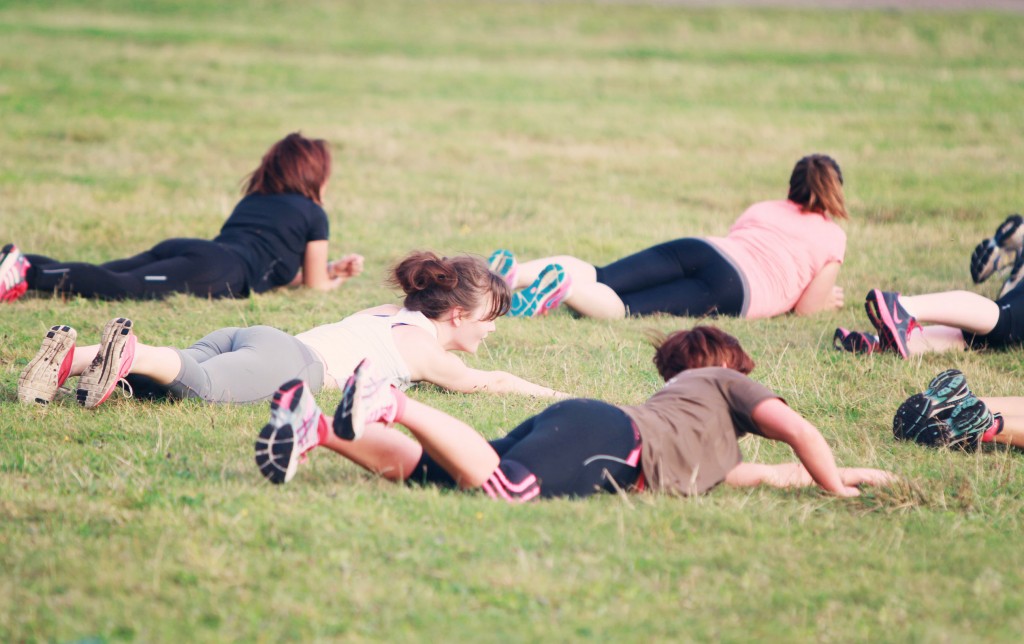 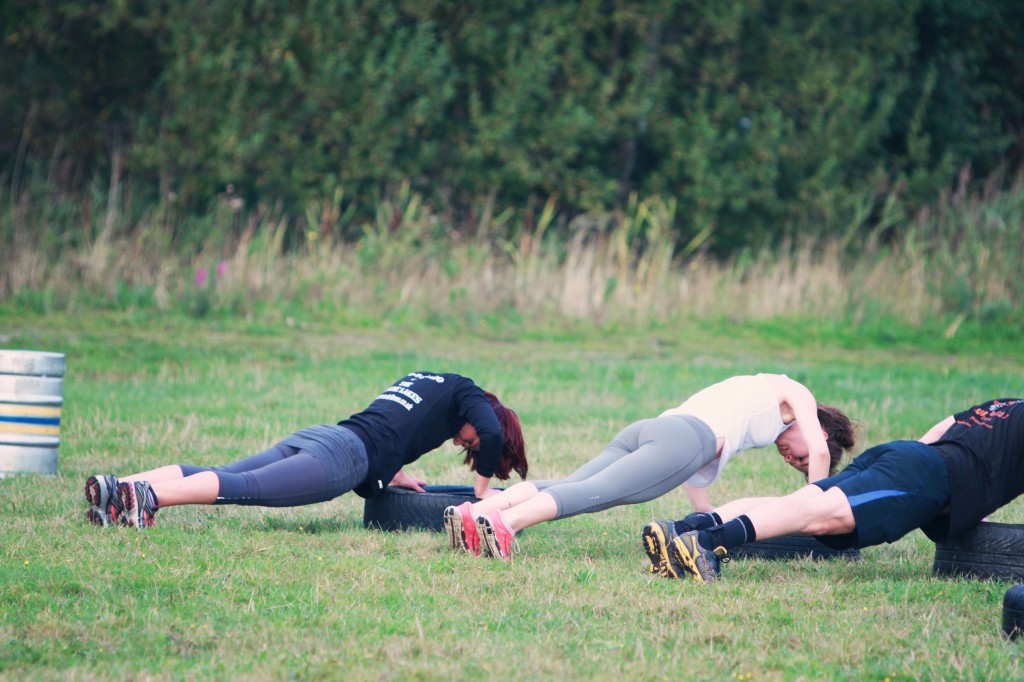 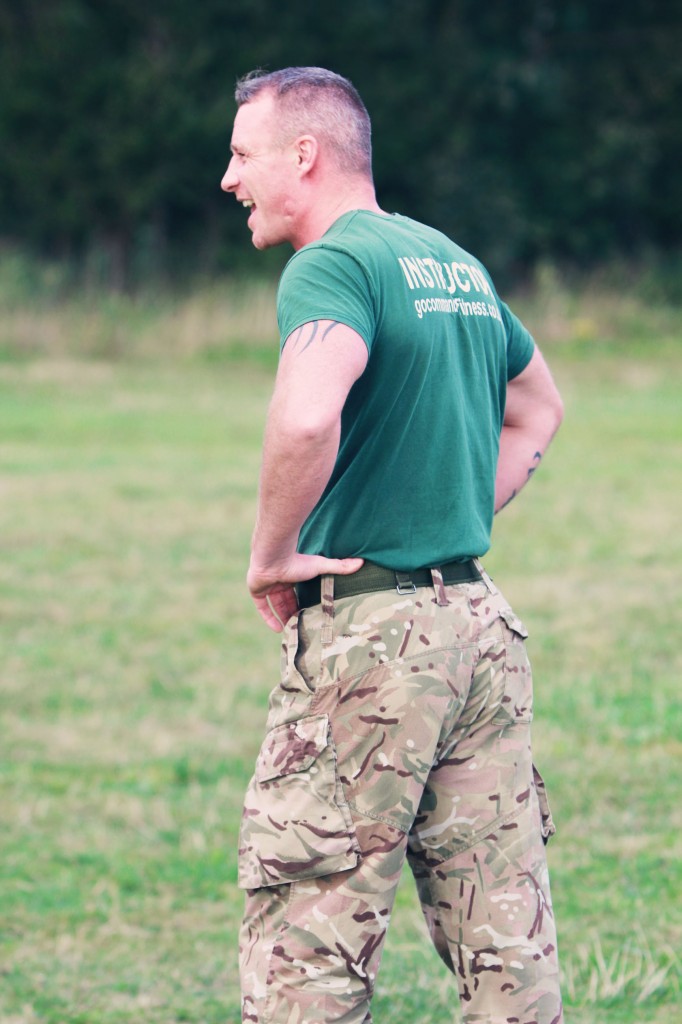 Pushing ourselves to keep going through workouts is half the work, wouldn’t you agree?  Probably more than half on occasion, if I’m honest.  I’d like to think I’m quite good at putting on a strict voice and telling myself to shut up complaining and get on with it.  I’d also like to pretend I say that in my head and not out loud to myself, but never mind.  We’re all friends here. 😉  Anyway… as is probably clear from these pictures, chickening out of the last few metres or reps wasn’t really on the cards here!  Not to say that Steve wasn’t a nice guy and totally motivating that is; he was very encouraging and a great instructor.  Just having that extra bit of a kick to keep going makes a world of a difference. 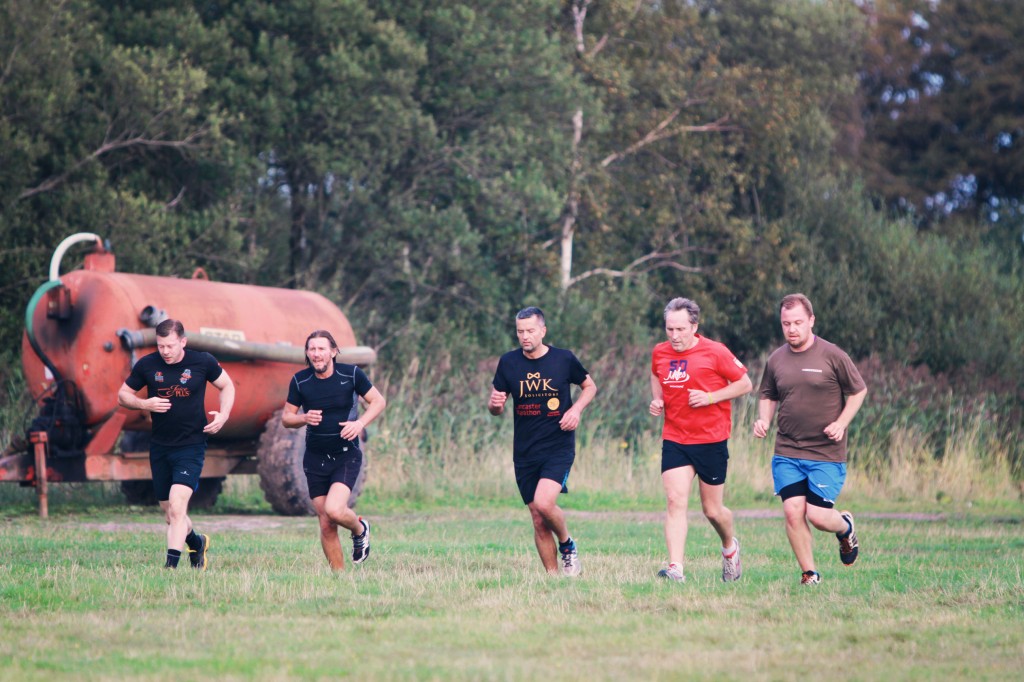 Needless to say I wouldn’t hesitate to join the group again.  Bootcamp felt like it could be a great social experience, as well as obviously bringing about some pretty spectacular results.  One lady said she’d lost two stone through attending!  As far as well-rounded fitness activities go, I’d definitely recommend it.  Let me know how you get on!

Thank you to Go Commando for letting me try bootcamp!

See my previous post in this fitness series here.