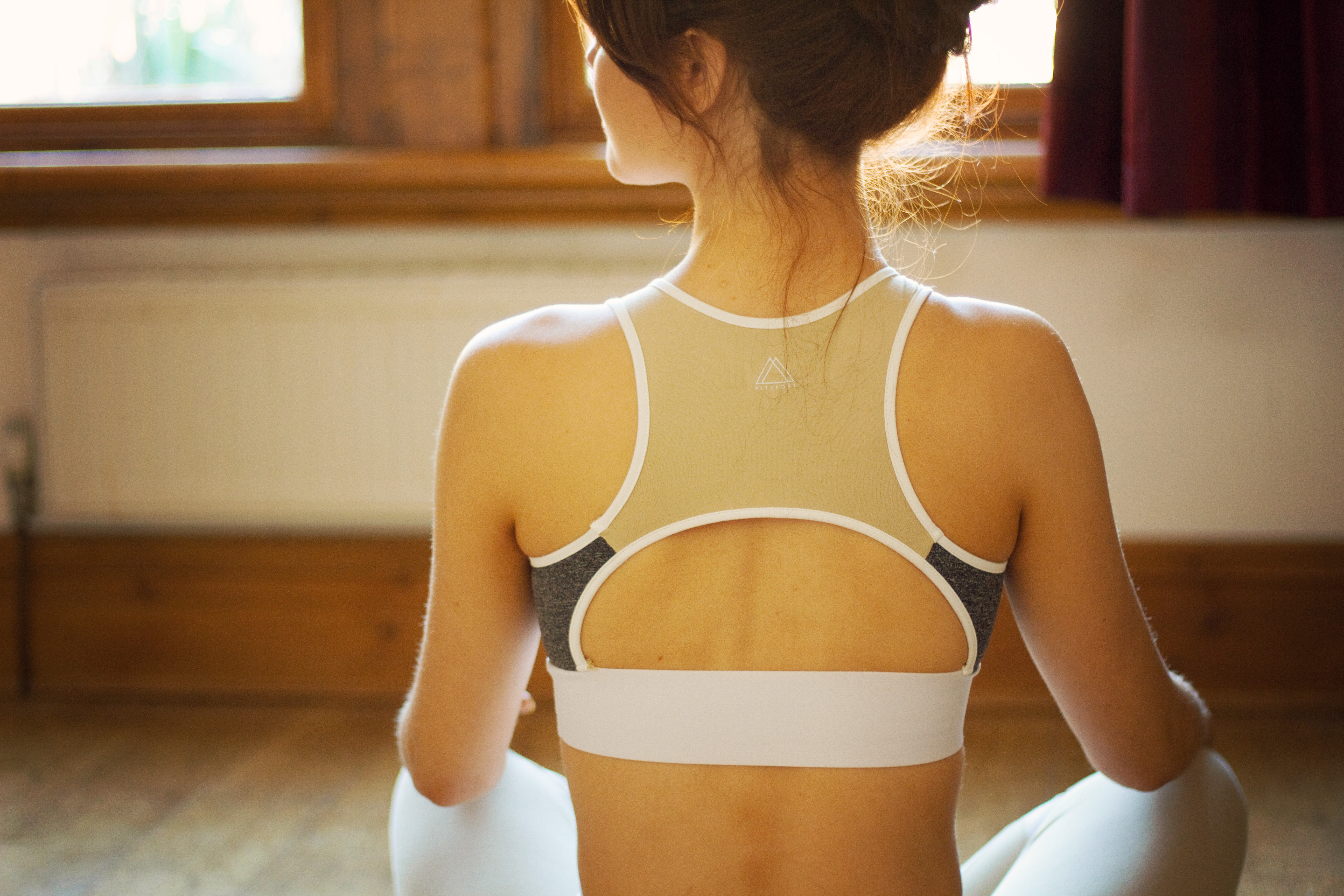 Wouldn’t be new year without at least one health and fitness post would it?  I’m writing this in my pyjamas, having not been to the gym today, and with no intention of squeezing in a gym sesh amongst the other stuff I’ve got on.  I’m also writing this with glutes so sore it hurts to sit down (changed up my leg day routine yesterday and I am FEELING it) so yeah, it’s not all lazy.  Just letting you know that this isn’t written from the perspective of someone who eats 100% clean all the time (far from it) or works out for 2 hours every day.  It’s far more realistic, don’t worry.

Amidst the goals and routines and whatnot that we’re bombarded with at this time of year, I thought it’d be a nice idea to add my twopence about attitudes towards health and fitness, rather than just the act itself.  Because our attitudes towards it are what determine whether we get off our butts and do it, after all.  And let’s face it, telling ourselves that we’ll gain the dedication of an Olympic athlete overnight is just a tad unrealistic (and pointless). 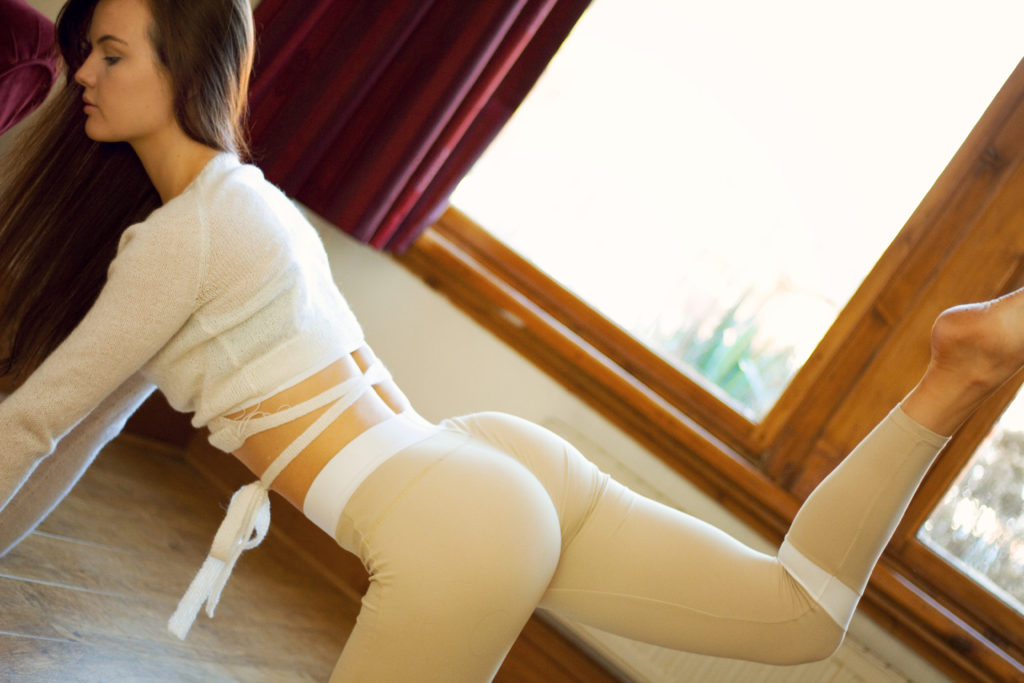 You CAN be one of ‘Those Fitness People’

Creating this mindset is THE most important aspect to making your new year resolutions last beyond 2 weeks in January I think.  It’s ALL about making fitness a non-negotiable part of your life.

I’m lucky that this clicked with me pretty young.  Storytime!

As a kid at school I was never particularly one of the sporty ones.  I didn’t play any team sports (I can’t run fast, can’t catch, can’t shoot, and can’t bat a ball for shit… see why?) so I was never one of The Sporty Girls in my first years at high school.  However once I’d been moved down to set 2 for PE, I decided that nope, I was going to start running and working out regularly, and I’ve never looked back.  Put my mind to it and that was that.  So in my 5 years at high school I was on a sports team a grand total of once (cross country – I came 22nd out of 60 and was damn happy with that) before returning to the maths team where I was far more useful, but still.  Was a small step to being one of The Sporty Ones.

The point in that little anecdote was that a similar idea extends beyond school.  Just replace The Sporty Ones with The Gym Bunny and you’ll probably have an image in your head already.  Part of the reason I think many fitness newbies drop off the bandwagon is due to considering themselves an outsider, but as I said, you can change that.  You can become The Gym Bunny and nothing will stop you.  Believe it or not people aren’t judging you for being new, and soon enough you’ll become one of the regulars at your gym/exercise class/sport practice, if you let yourself believe you can be one of Those People.  Slowly but surely you’ll learn to love the pain at the same time as hating it.  Will always kinda hate it though. 🙂 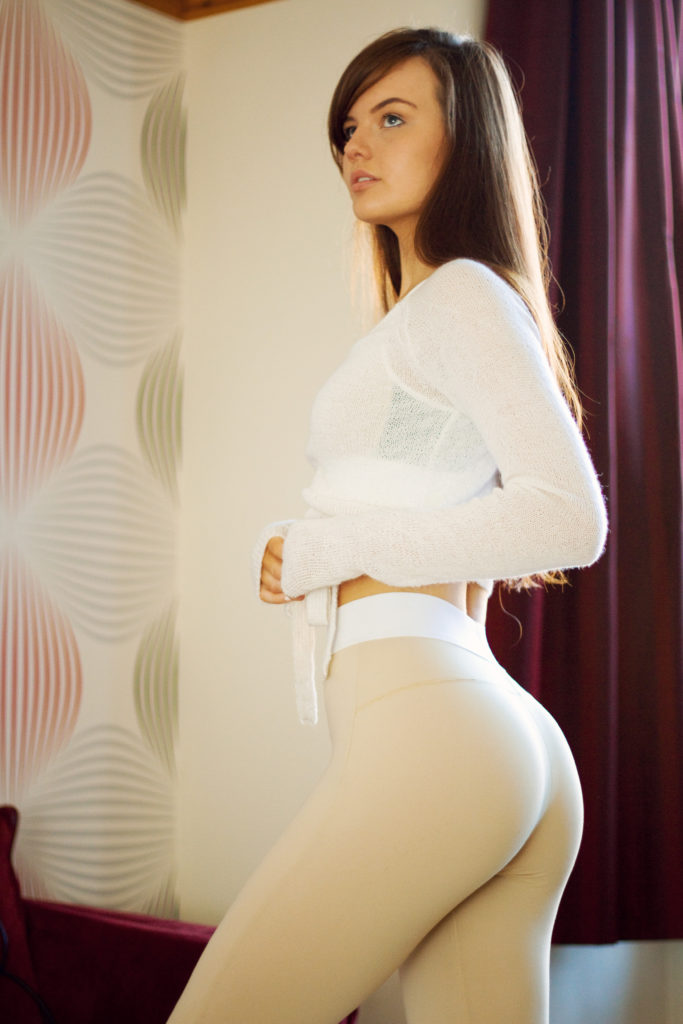 Days off are OK, just not too many

Like I said in this post, stamina and strength disappear loads quicker than they return.  I think I recall reading somewhere that 5 days is the ‘cut off point’, after which you do actually start going backwards.  That’s not to say that if you’re ill or circumstances/timing get in the way, you should work out regardless (MANY things in life should be prioritised over fitness, let’s face it), but as a general rule of thumb, taking 2 weeks off then attempting to work out daily for the following fortnight isn’t the best approach. 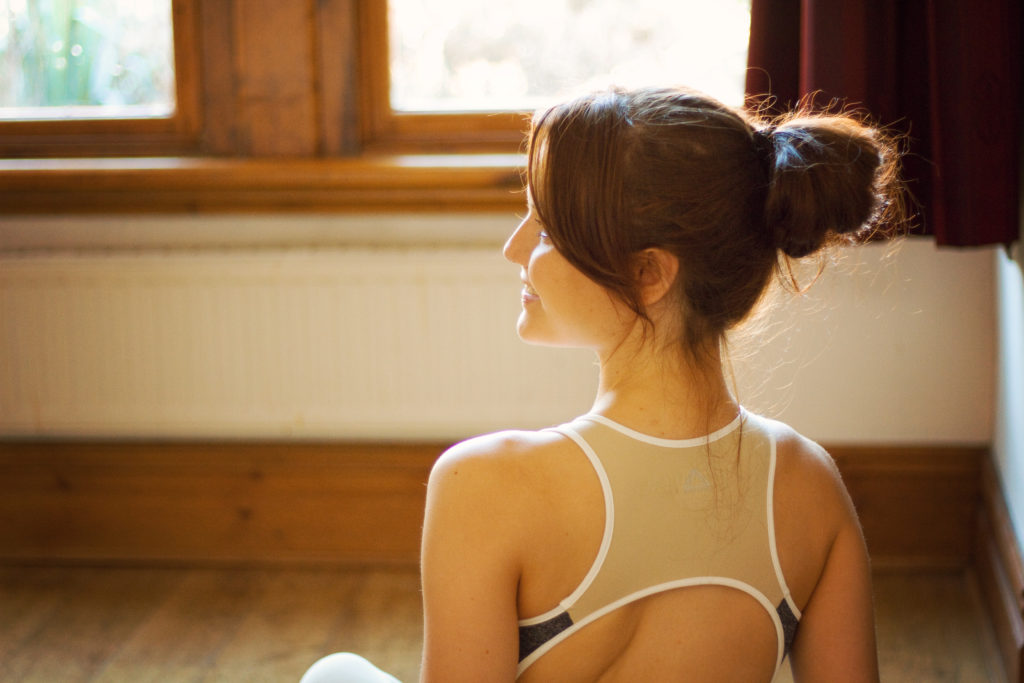 If you’re not feeling one workout, do another. Just do something.

Hence the fact that I have no set routine whatsoever.  Much as I like to have a ‘go hard or go home’ attitude in the gym, going hard doesn’t always have to mean cardio that has you gasping or the a weights PB.  It could mean reallyyy stretching your muscles out, going for a long walk, or smashing 2000m on the rowing machine.  Part of having a healthy attitude is about listening to what your body needs, without saying ‘it needs a rest!!!’ every day.  Sometimes exercise is the absolute last thing we want to do, but believe me when I say it’s possible to crave it too.  Mindset, I tell you, mindset! 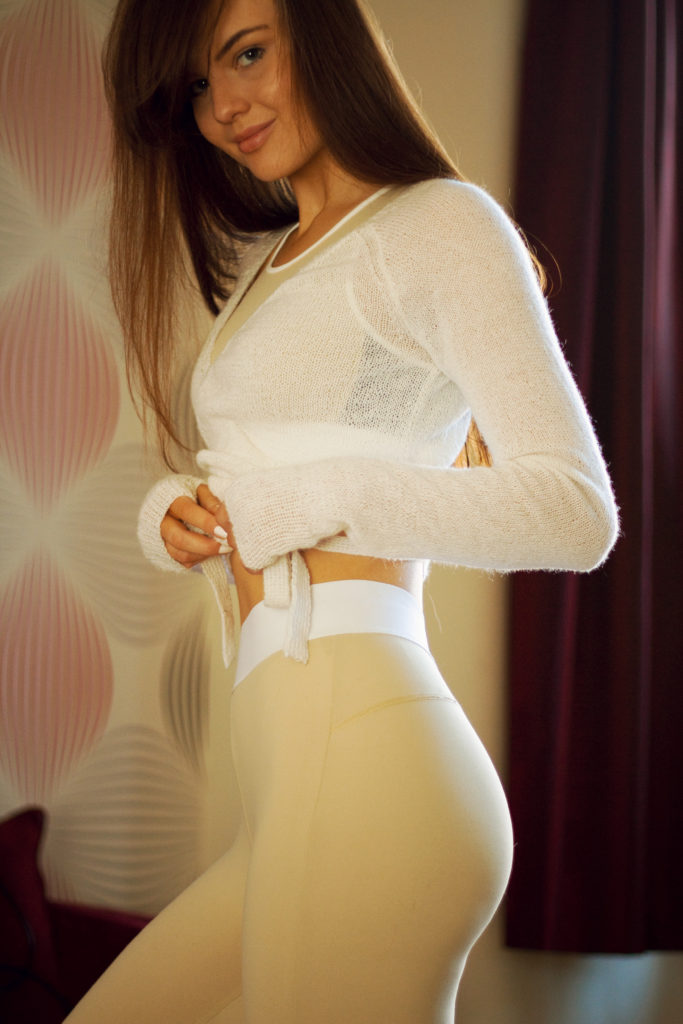 OK so over Christmas we’ve all pigged out (me included, believe me) but now that the festive period’s over and done with it doesn’t hurt to rein it back a little.  Which doesn’t translate as ‘green juice and salad’ for every meal or a workout every. single. day.  Sometimes I find it’s easy to think that you’ve blown your ‘health kick’ if you have an unhealthy breakfast and therefore there’s no point bothering working out, but it really doesn’t need to be so black and white.  Perfectly OK to have a tough workout and an indulgent meal on the same day! 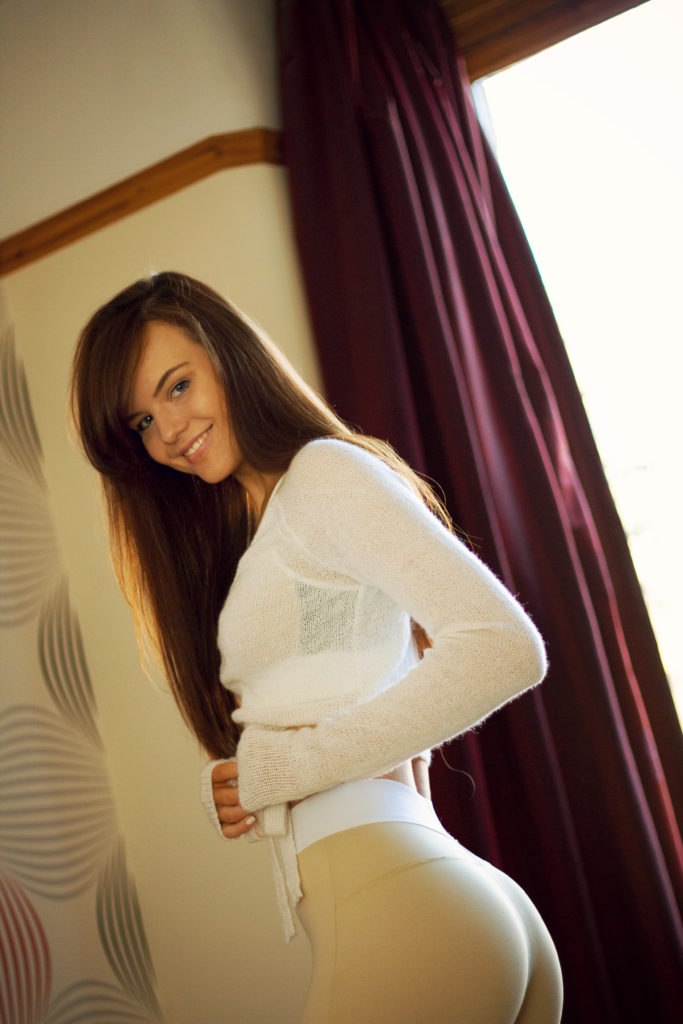 I feel like this goes without saying, but a healthy attitude doesn’t come from giving yourself ridiculous expectations to undoubtedly fail at.  There’s a fine line between optimistic and delusional, so be careful!  And categorically ruling out any foods you enjoy isn’t healthy, no matter how unhealthy the actual food is.  That old moderation thing again! 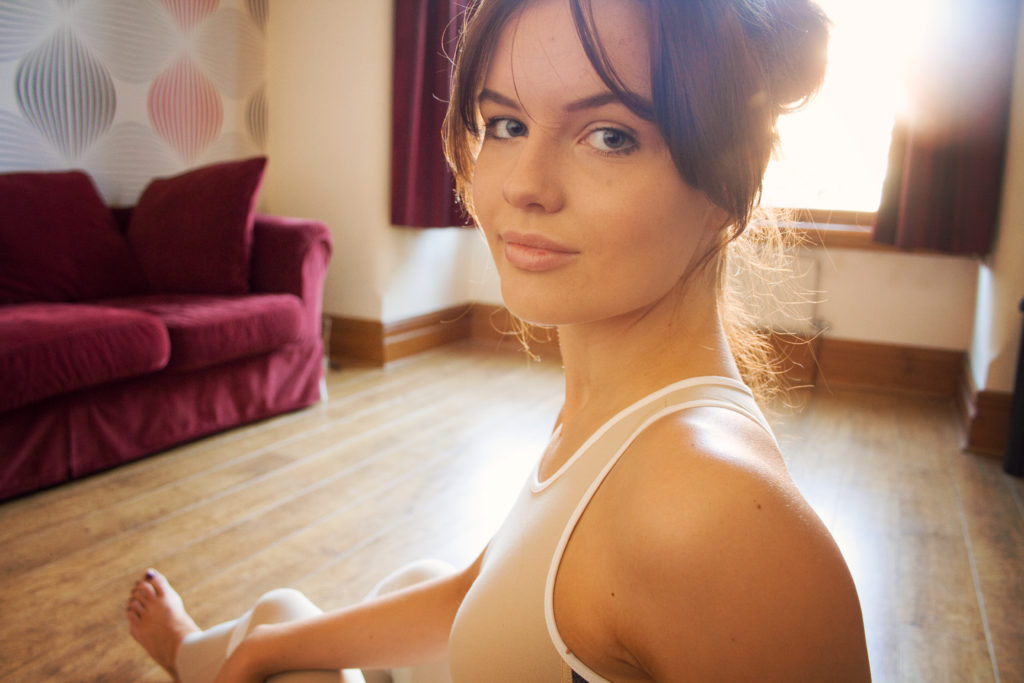 Don’t fixate on the numbers

I couldn’t tell you what I weigh and don’t intend to find out!  It’s helpful to have some kind of numerical marker or target to work towards, but the way you feel and what your body can do is ultimately far more important and good for your wellbeing.  Choose a goal number of reps or miles instead. 🙂

And of course new gym gear helps with a good attitude if it makes you want to get your butt down to the gym!  This set’s from PrettyLittleThing and I’m a little bit in love with the style, fit, colour… you get my drift.  Can’t say the handmade cardigan will be making it further than stretchy living room workouts, but the leggings and sports bra sure will.

Now I should probably stop waffling and go work out!  Ha.  In summary: mindset and what you tell yourself you can be is most important.  Who agrees?