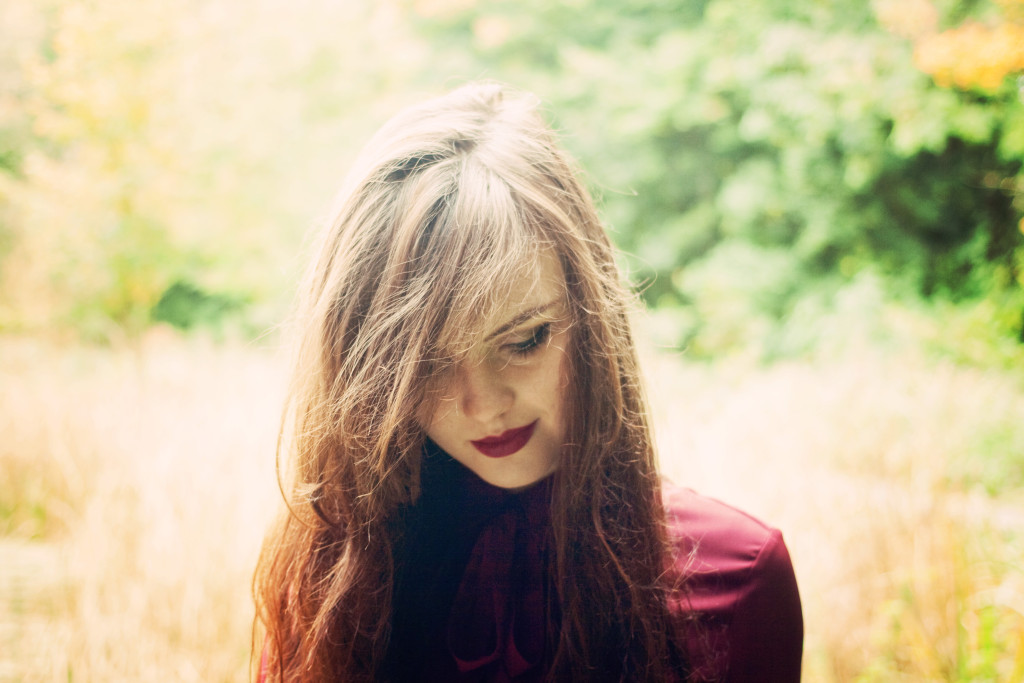 Not another ‘ooo autumn fallen leaves and cosy and red lipstick’ today, I promise!  Done that one to death, I know.  Today I bring an outfit not put together by me – a ‘boyfriend styles my outfit’ kinda thing.  Well, sort of.  I chose the shirt and had Jesse choose the rest.  And also take my photos and erm… make me brews all day. 😛  Oh and tell me where to stand and when to ‘keep looking down’, etc. etc… 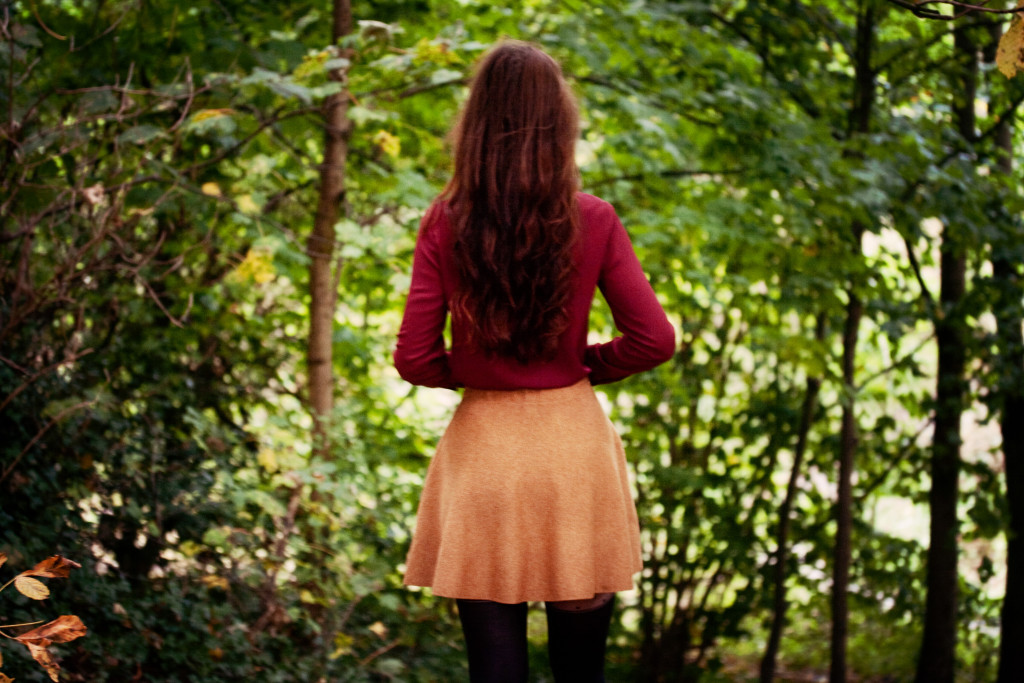 Interesting boy’s outfit choice don’t ya think?  Apparently skater skirts are good.  (Cat shorts aren’t though, btw.  No I’ll never shut up going on about those cat shorts.  I won’t stop wearing them either, even if they’re apparently terrible).  OK so maybe the ‘boyfriend chose my outfit’ thing is a slight exaggeration cause I kinda suggested the tights too.  Only after being asked ‘Don’t you wear those thick fluffy tights in winter?  The ones that feel like tissue paper that’s been through the washing machine?’… turns out I’m not the only one with the weird analogies.  Fleece lined tights, I think he was getting at.  Which I might as well have worn since you can’t even see the polka dots on the tops of these, but whatever.  Pretty sure the fleecy ones were only suggested to keep me warm too haha – nobody thinks they actually look good! 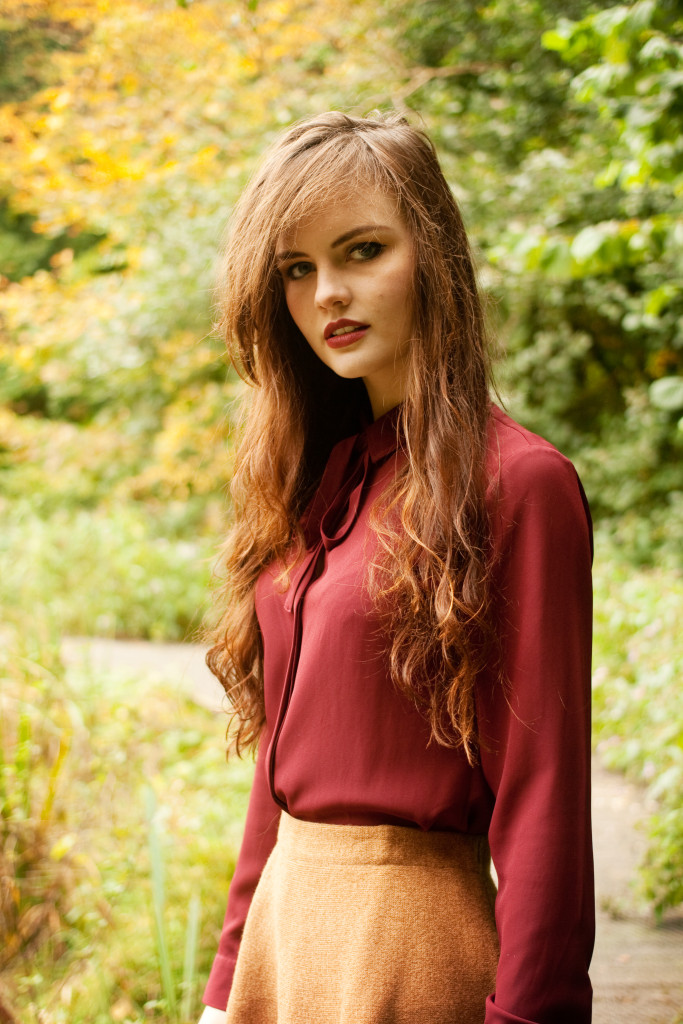 And because I did actually pick out the blouse myself, thought I best give it a mention!  I’m slightly obsessed with all things burgundy/maroon/plum/whatever you want to call it atm , and I like the little bow necktie very much.  It’s a Primark one, shocker. 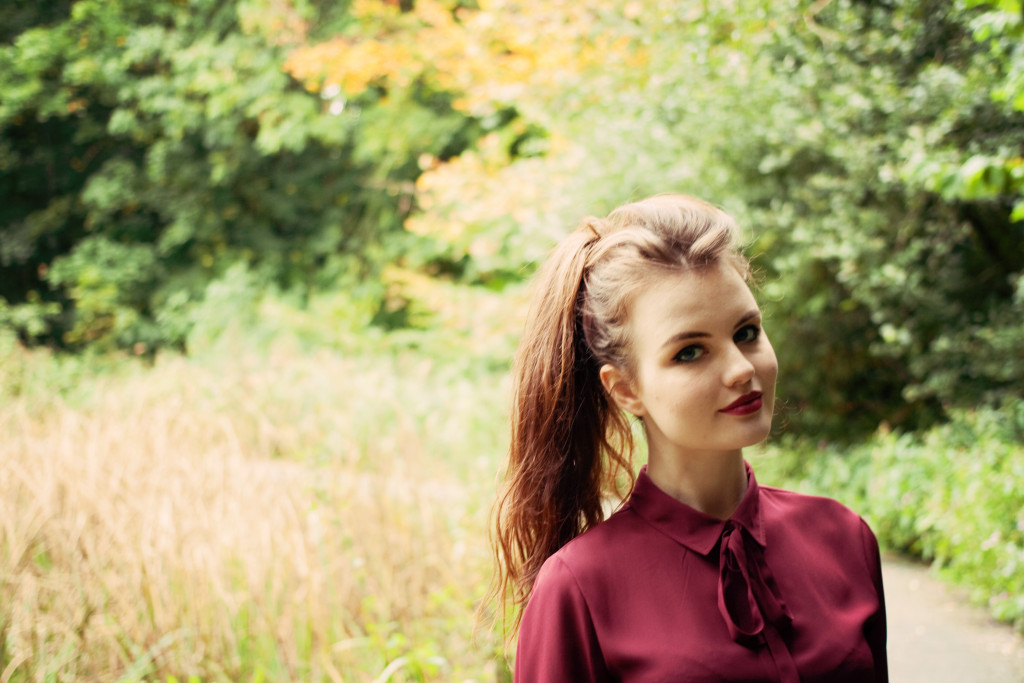 “Try tying your hair up”

“Is this too foddy?  It’s too foddy isn’t it. I can’t do ponytails”

FOD = forehead of doom btw, ‘foddy’ being a common adjective in my house.

“Yeah your forehead looks pretty huge, take it down”

I appreciate the honesty. 🙂  Don’t let the photo above fool you – that’s with carefully placed wispy bits!  It’s nice to give and receive compliments but sometimes it’s just good to know that you can trust someone to be honest.  I’d much rather that than get home and find myself distracted by the odd shaped forehead on every shot haha. 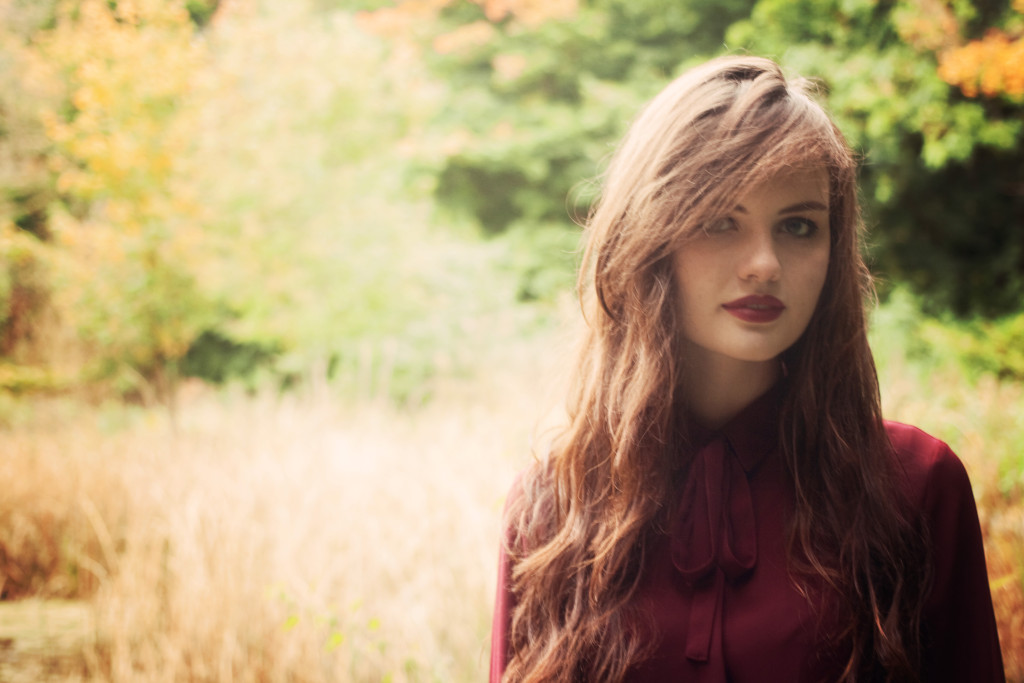 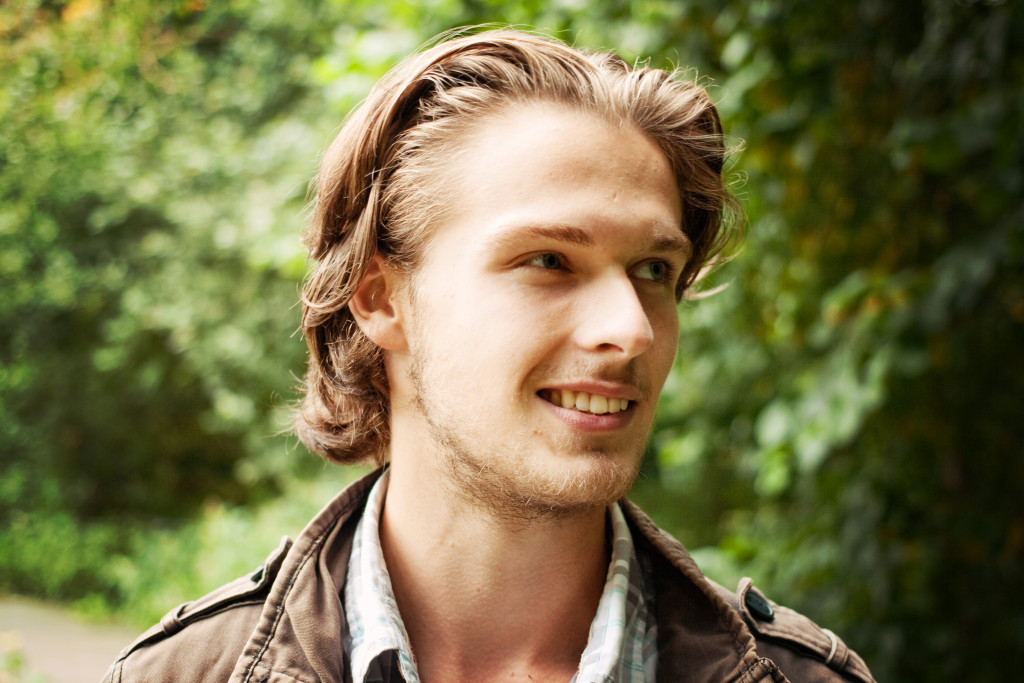 ONE photo that wasn’t a crazed grin or other weird expression!