communication | pick up the phone 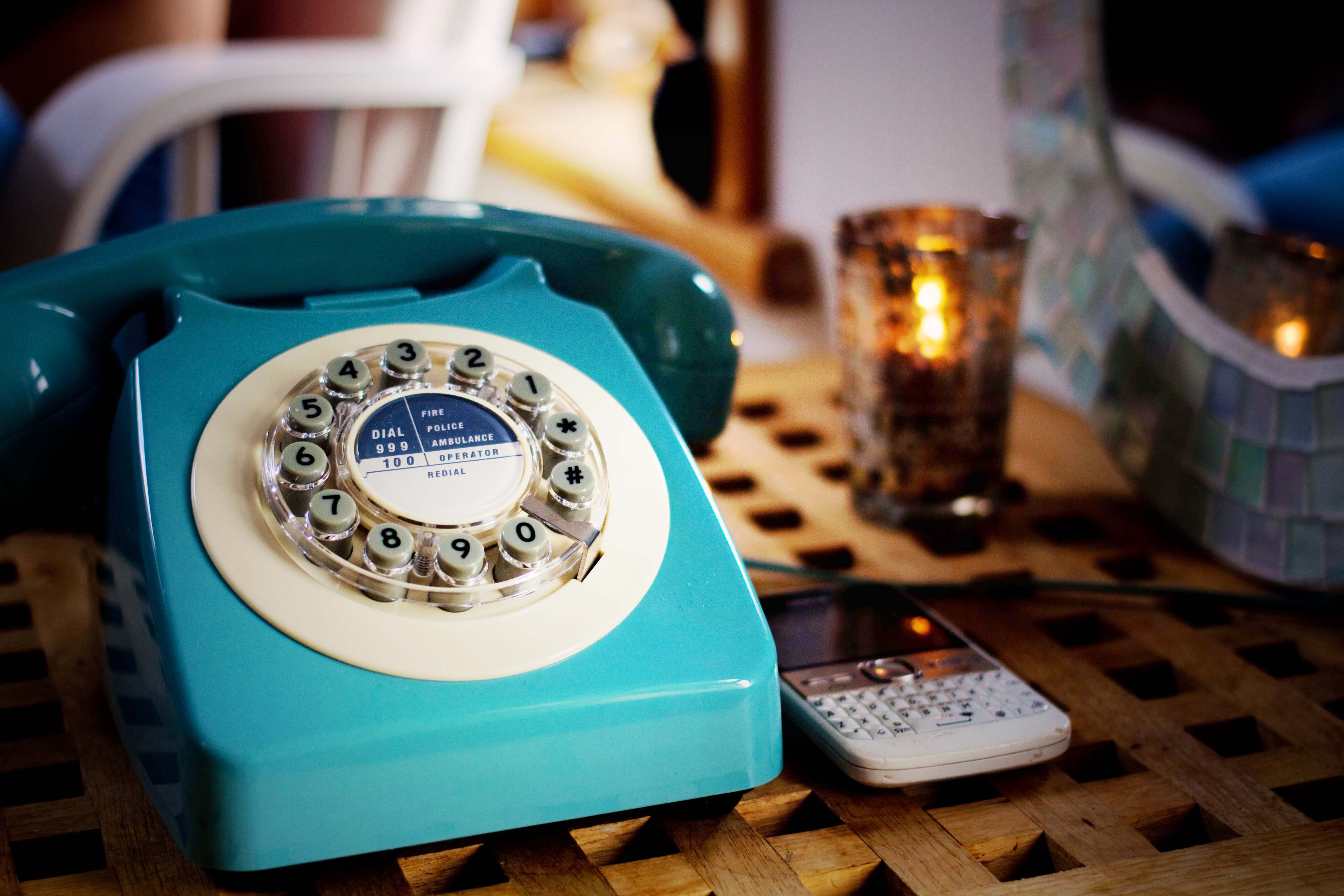 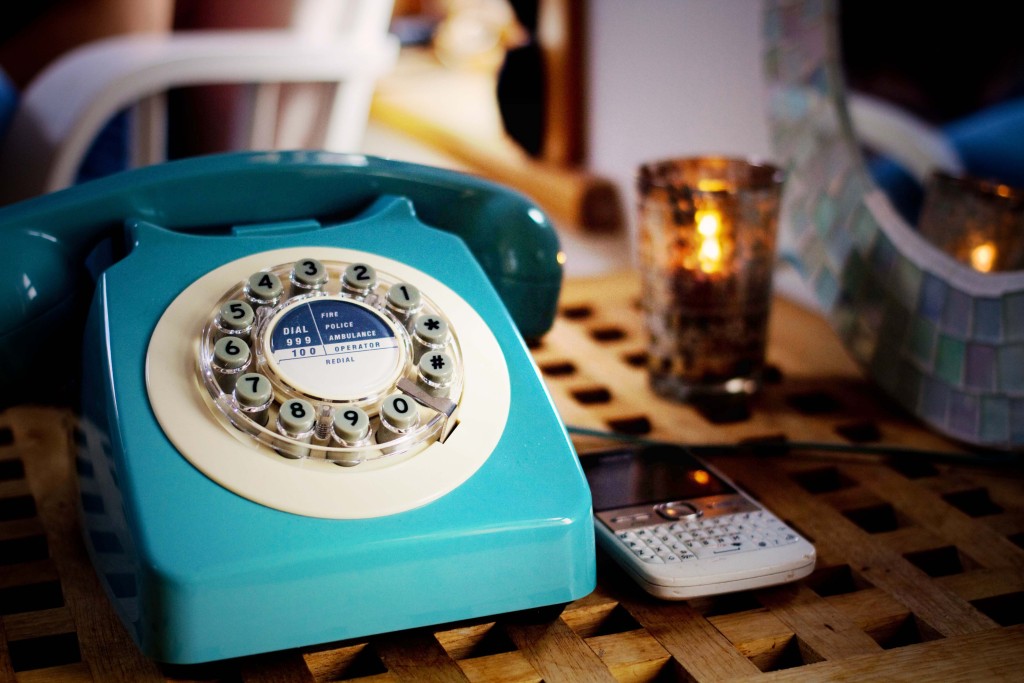 How adorable is this vintage style phone?   I’ve been keeping my eye out for bits and pieces to make my bedroom a little more ‘me’ (me-ify it?) so when Flamingo gifts contacted me about featuring a couple of items, this was an obvious choice.  I love actually speaking on the phone rather than just texting all the time.  And the retro style is just too cute.  Apparently this is the exact style that everybody used to have, but that’s well before my time so I wouldn’t know!  On the subject of phones, actually hearing someone’s voice is totally different and so much better.  Communication is such a big thing in all our lives (who isn’t glued to one device or other, let’s be honest?) but it’s kind of too easy to wind up with all our communications written rather than verbal.  Kind of rubbish really!  Loads of teens barely make calls other than that 30 seconds asking their mum to pick them up.  Phonecalls purely for the sake of phonecalls are just… nice. 🙂 Time seems to pass sooo quickly on the phone too – me and my best friend can fill an hour ranting so easily! 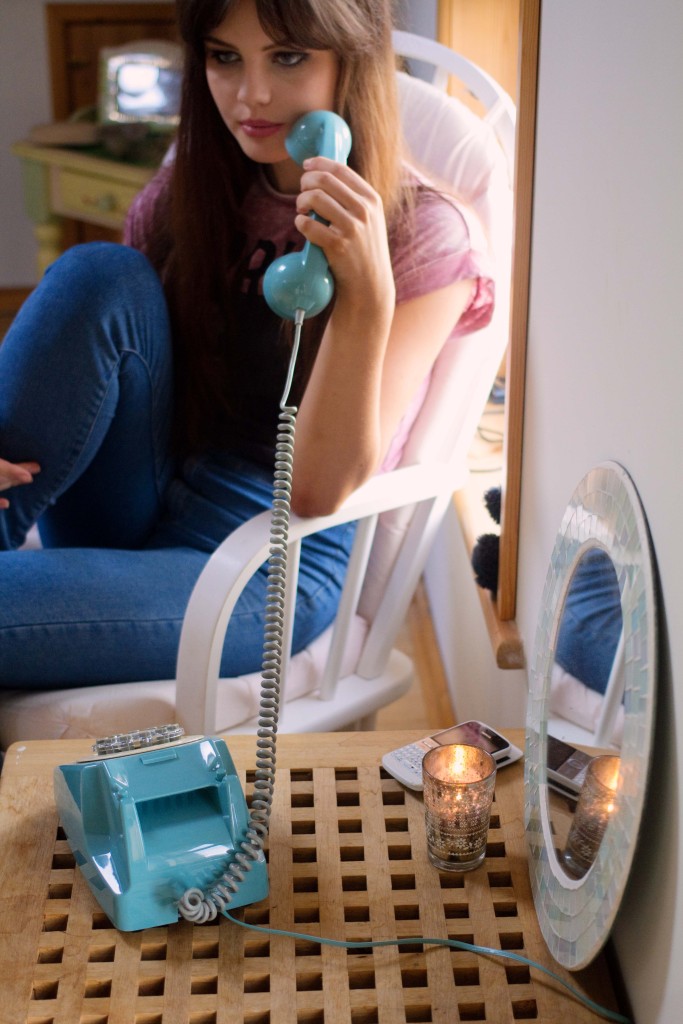 Ok so I know that’s about the cheesiest shot ever!  I’m well aware that you don’t speak into the top end of the receiver either haha, was trying to look pensive and kinda failed.  Don’t judge.  Whilst on the topic of old fashioned this that and the other, yes I do have a rocking chair in bedroom and yes I do sit rocking by the window like I’m in a home for the elderly!  Don’t knock it til you’ve tried it – everybody loves my rocking chair and staring out that window watching the world go by is highly addictive I tell you now.  I’ve only lived in this house for a couple of months but seem to have developed a weird OCD about this window already… feeling the need to announce to whoever’s there that the 23 bus has just gone past being one of my weird new habits.  This one being particularly tragic seeing as said 23 bus passes about 5 times an hour…

Anyway, this be where I sits and communicates 😀 😀 😀 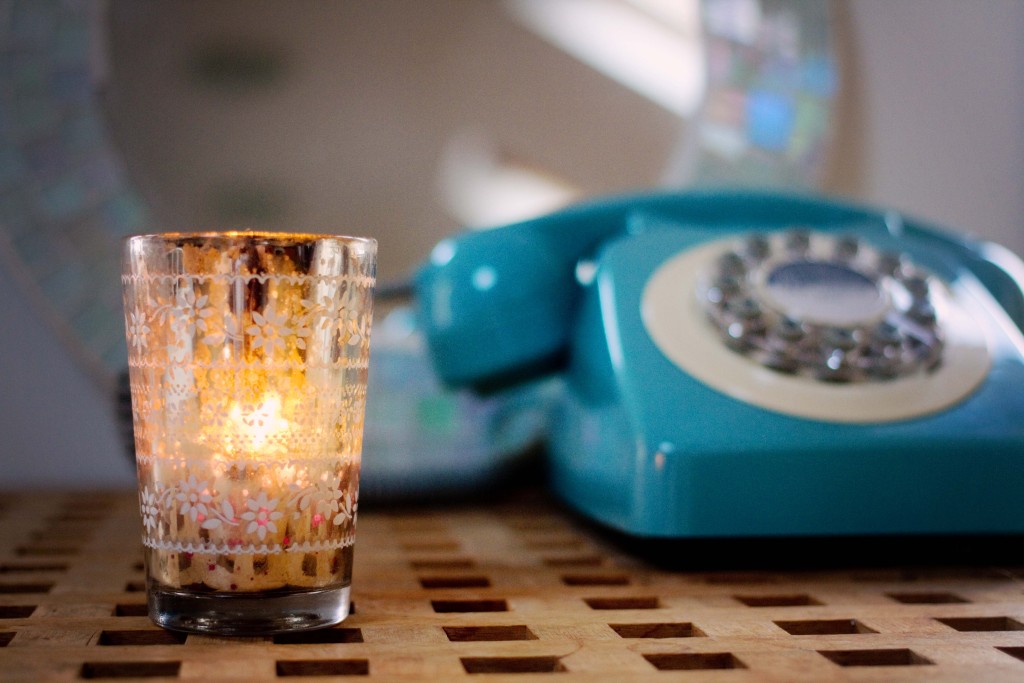 What poor excuse for a lifestyle blogger would I be without candles perfectly laid out on a neat desk eh?  I barely trust myself with naked flames in my room (I know a candle’s hardly a blaze but this is me we’re talking about) and this Flamingo Gifts one is part of my growing collection.  They have a fab line of homeware and tasteful pieces as well as novelty gifts, some of which slightly baffled me.  Horse head squirrel feeder, anyone?  How about an inflatable triceratops?  I said a while ago about doing a room tour once I settled in, but I’m not sure how interesting it’d be to photograph my bed or cupboards haha.  Here’s how I styled my bed – with bedding and a lamp!  And here’s how I accessorised my chest of drawers – with boxes of miscellaneous crap on top!  I think the internet will survive without that one.

Tell me some weird habits of yours!