my dream destinations (and the ones that no longer appeal) 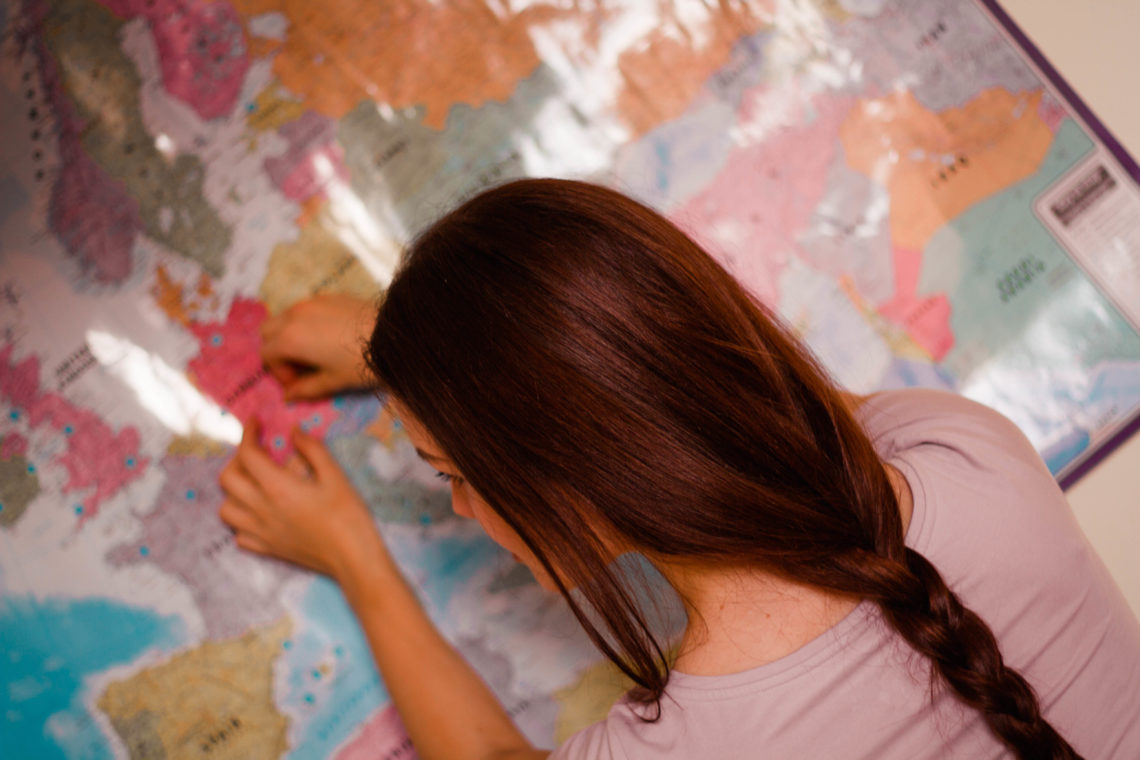 If you’d asked me to name my dream destinations a couple of years ago, it’d be quite different to today.  I’m a pretty indecisive person so that’s no surprise!  However my indecision is only one of the reasons – the other being that I’ve seen so. many. photos of certain places that I feel like I’ve already been.  Just like how Instagram has ‘influenced’ how we shop, I think it’s influenced how we travel, too; destinations grow in popularity so quickly when a few big Instagrammers have visited and posted a hella pretty picture.  And that’s fantastic – power to the people!  The flip side is that I feel like destinations become overdone very quickly, and our feeds are saturated with the same places over and over again.  Oh the double edged sword of social media eh?  Please let me know if you feel the same about certain destinations, and in the meantime, here are a few of the places still on my bucket list and a few that have slipped off the page. 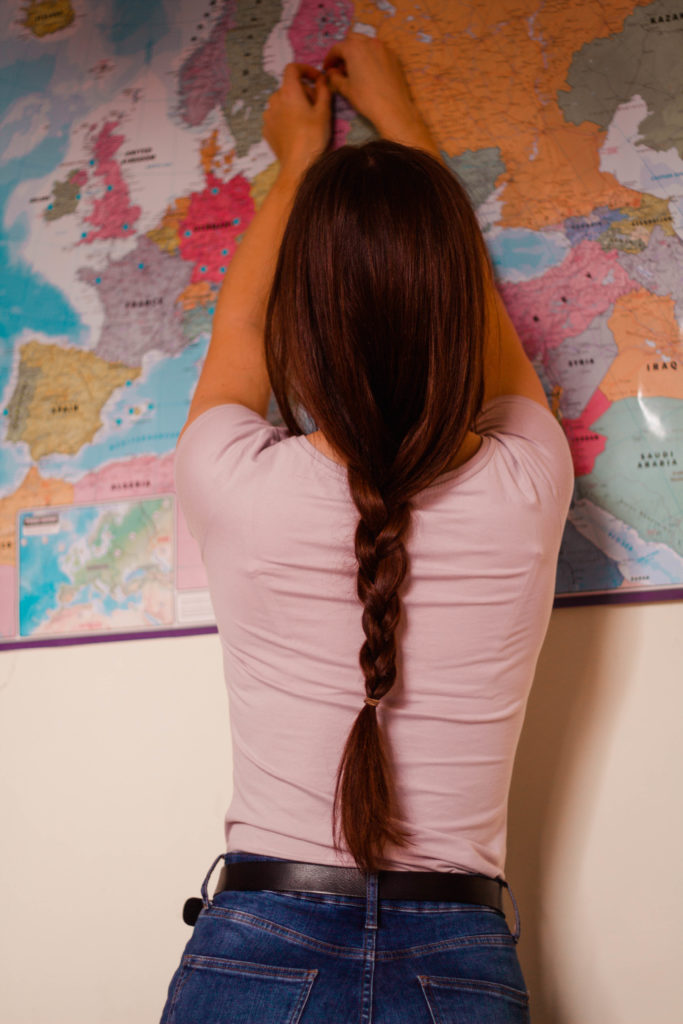 The places I’m dying to visit

The Balkan countries.  I’ve already visited Slovenia and Croatia and would go back tomorrow if I could, but I’d love to visit Montenegro, Bosnia, Macedonia and Albania too.  It looks like such a beautiful and underrated part of the world filled with beautiful landscapes and interesting cultures.

The Northern Lights in Iceland (or anywhere they’re visible from tbh, not fussy).  Yes it’s a pretty obvious choice and is on 9/10 bucket lists, but as a science student I feel like I need to see this phenomenon I read about in textbooks.  How cool to see the effects of interactions between the magnetosphere and the solar wind with my own eyes!  Not many phenomenon you actually can observe with the naked eye so I’d love to see this one at some point.  Also, Iceland is one of those trendy destinations that everybody seems to be going to at the moment (and has been for years) but its appeal to me is still just as strong.

Canadian National Parks.  Canada appeals to me a whole lot more than the US right now!  For years I’ve wanted to visit the national parks in Alberta (after seeing photos on Pinterest and thinking OMG IS THAT REAL, basically) and after a little research told me that yes it is absolutely real and looks like the most ‘Lily’ place on Earth, it has been on my bucket list ever since.  Everything about the Jasper and Banff national parks looks right up my street and I’d absolutely love to visit the lakes in summer.  It looks like a supersized and supersaturated version of the English lakes and just. so. dreamy.  My trips to Salzkammergut (the Austrian lake district), Lake Bled, and Lake Como have confirmed that lake/mountain areas are 100% my favourite places on the planet so I can only imagine how many happy dances I’d do on a summer’s day by a lake in Canada.  Kym if you’re reading, I’m using you as my excuse to hop over the pond asap!

Scotland’s North Coast 500 – A final one closer to home!  I’ve always loved Scotland but haven’t visited much beyond the Argyll region my family live in (although that’s a stunning place itself).  Road tripping across the country just sounds so cool.  Louise (a fellow Lancashire girl now living in Edinburgh) shared her experiences of the North Coast 500 road trip on her blog a few weeks ago and it convinced me that I absolutely need to do it at some point.  In fact all of Louise’s travel posts are fab – they’re interesting, informative, and the photos are just stunning.  I just know from her posts that I’d love the trip as much as she did. 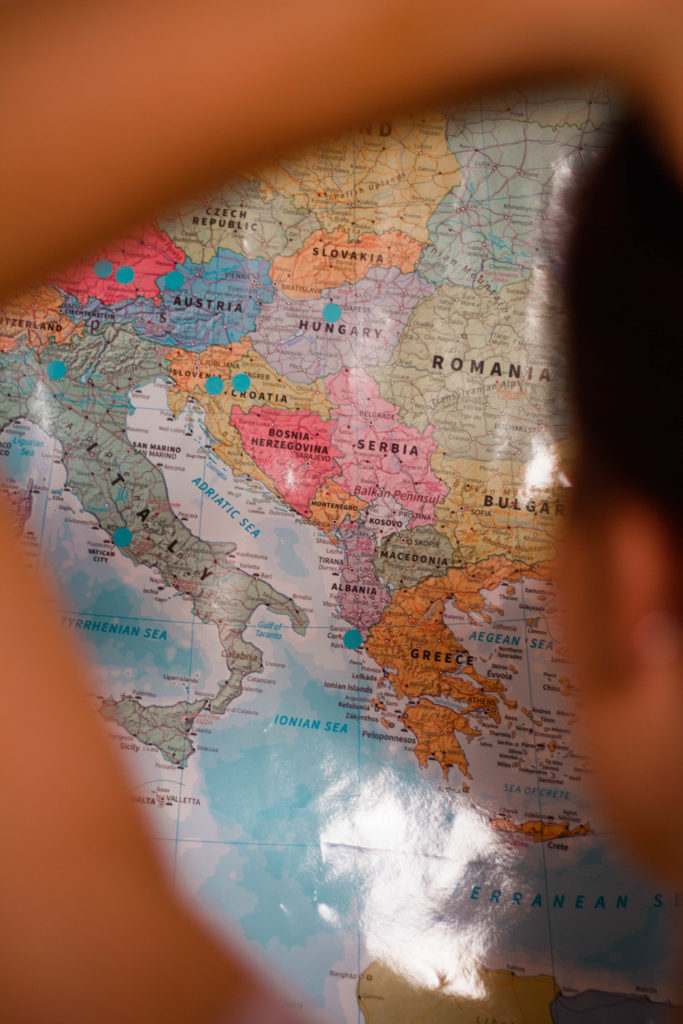 The places that no longer appeal (as much)

I feel like the caveat is necessary because I’d 100% still go if the opportunity arose!  Hopefully you understand what I mean though – the appeal has worn off a little because I’ve seen soooo much already.

Santorini.  No way in hell would I turn down a trip to Santorini but it just doesn’t hold quite the same appeal now that I’ve seen sooooo many photos and know how crowded the picturesque places are.  Queueing for 2 hours to take the same sunset shot over Oia?  It’s a shame because I’m sure Santorini genuinely is beautiful, but I think a huge part of it is about getting *the shot* now.  I’ve been told that other islands like Naxos are equally beautiful and not as overwhelmingly crowded, so I’d love to go there instead.

Sidenote: I’m definitely not a travel snob who considers themselves a ‘traveller not a tourist’.  I 100% am a tourist the second I leave my hometown.  Even if I’d visited a hundred countries I still would be, and when I go somewhere new then hell yes I’ll visit the touristy spots.  They’re popular for a reason, right?  I mean, I’d probably still pretend to push the Leaning Tower of Pisa over because #gottabedone, but I’d rather go somewhere else in Italy first!

Beaches in Thailand.  Idyllic as they look on some photos, I’ve heard many a story of the beaches actually being crowded and full of trash because they’ve turned into rave spots and are just a mess now.  Such a shame!  Again, I’m sure many parts of Thailand are beautiful and the people are lovely, but I’ve heard several underwhelming stories and it just doesn’t hold quite the same appeal any more.

The London cafe *hotspots*.  I rarely make the trip down to London and it’s years since I’ve been for touristy purposes, but honestly I just see the same places on Instagram ALL THE TIME and I’m bored without having even been.  Peggy Porschen’s I’m looking at you!  I’m hardly the most creative with my photos and have taken many a cliche shot myself but goodness me, the queues to all take the same shot just seems crazy.  The cake may well be fantastic but the cafe (and the others with flowers covering every square inch) just don’t madly appeal.