a weekend in Eindhoven | the underrated city break destination 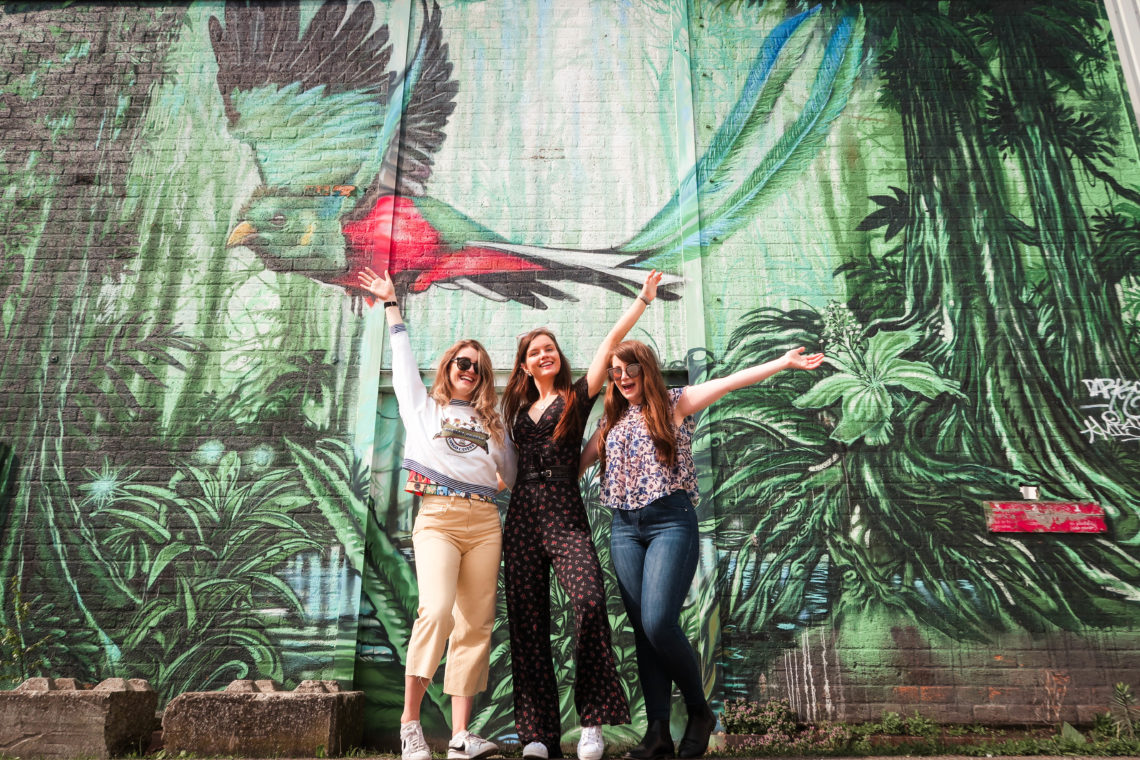 So, Eindhoven – rather random isn’t it?  And that’s exactly what we loved about it.  Erin, Ellie and I met at a travel blogging event a couple of years ago, and decided 2018 was the year we should finally actually y’know, travel together.  Ryanair’s new year sale came around, and January 1st seemed like a good time to finally book that trip away!  Our only criteria were cheap flights, decent flight times, and somewhere none of us had been before.  As long as those boxes were ticked, we’d figure out the rest when we got there.  And off to Eindhoven we went.

What did we know about Eindhoven before we landed?  Nada.  That it was in the Netherlands, looked pretty cool and artsy, and had a reasonably mild weather forecast for the weekend.  That’s literally it.  I usually take a fairly relaxed approach to planning even on my solo city breaks, but knowing there were 3 of us this time made an itinerary seem even more redundant.  I actually really liked the fact that it wasn’t the kind of city where you felt like you ‘OMG must tick off these 8 sights before you can even think about relaxing’, as it meant we could just meander round the city without a hit list.  As you’ll see, the theme of the trip kind of ended up as ‘food and posing in front of walls’, but hey, nothing wrong with that once in a while!

Apparently travel diaries are useful to give you an idea of how much (and what) you can actually fit in to a short trip, so here goes 48 hours in Eindhoven.

Friday evening: getting our bearings and filling our bellies 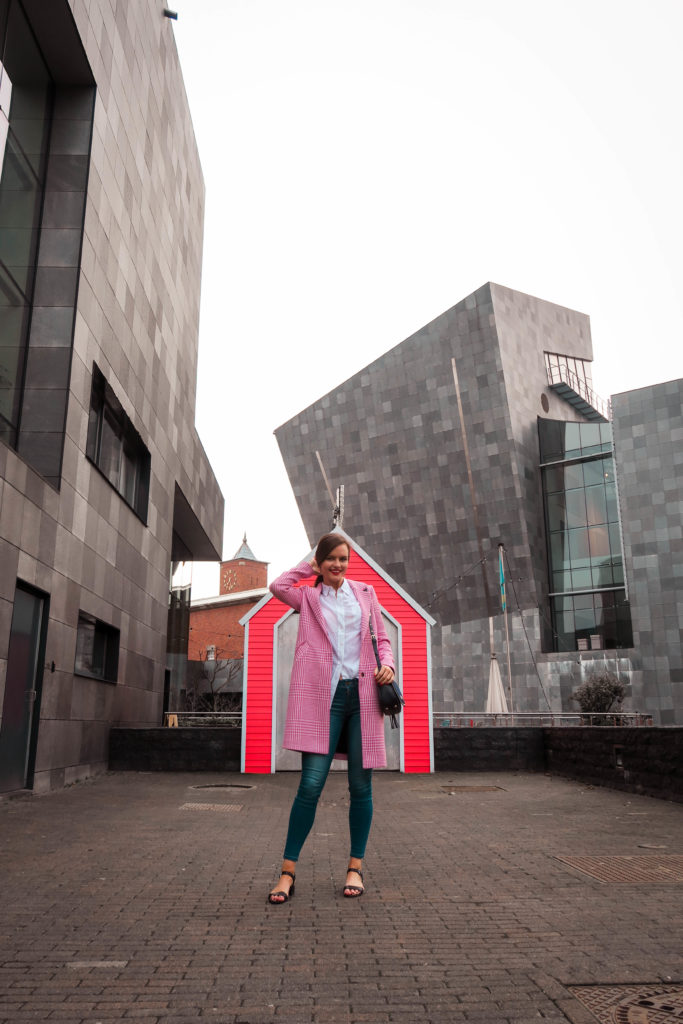 We landed, caught the bus, found our hotel, flopped on the beds, emptied our suitcases, *somehow* turned the room into an immediate bombsite, had a quick change and headed out in search of food.  Standard.  Took me all of about 53 seconds to spot a bright pink building to stand in front of so that’s always a good start.  It became apparent pretty quickly that Eindhoven is a buzzy, lively, nightlife-y city – finding a restaurant without a queue out the door was easier said than done.  We stumbled across the Down Town market (literally – had no idea what was round the corner then OH HI big food market) and thought it looked right up our street, but unfortunately our attempts to circle the place 3 times in search of a table to pounce on were fruitless so we bookmarked it for night 2. 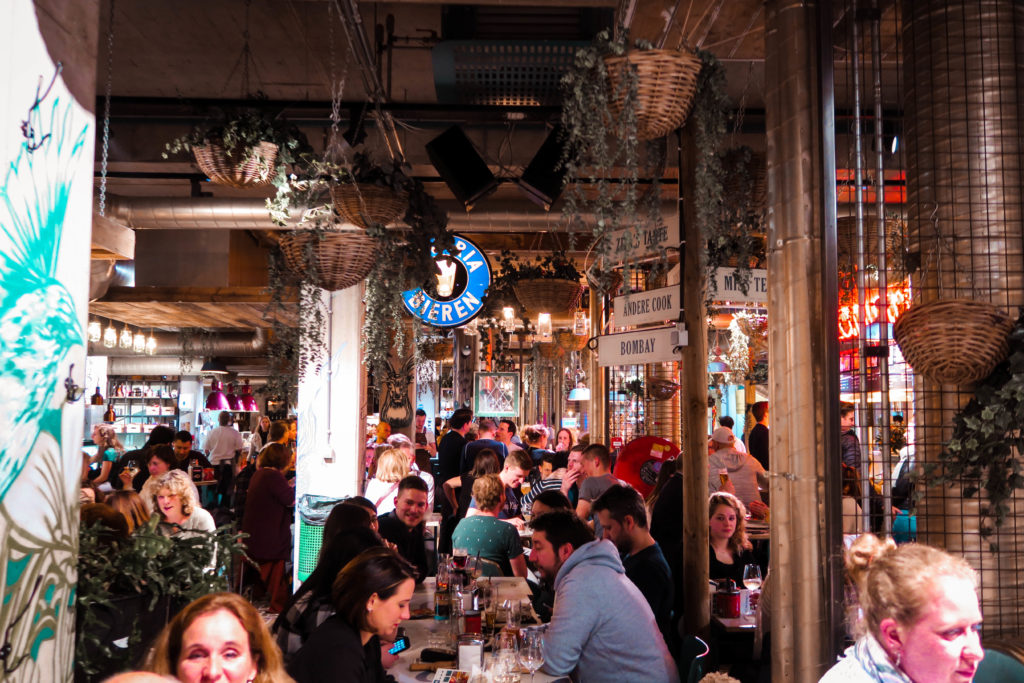 All was not lost, as we eventually found La Gitana tapas bar – when in Holland, eat Spanish, right?  Our rumbling tummies lead us to La Gitana, and oh what a fabulous idea it was.  All you can eat tapas, anyone?  Looking back I can’t believe we even contemplated buying dishes individually because boy did we take ‘all you can eat’ literally.  Goats cheese with warm cherry compote, yes please.  Safe to say we were very much food comatosed on the walk back to our hotel. 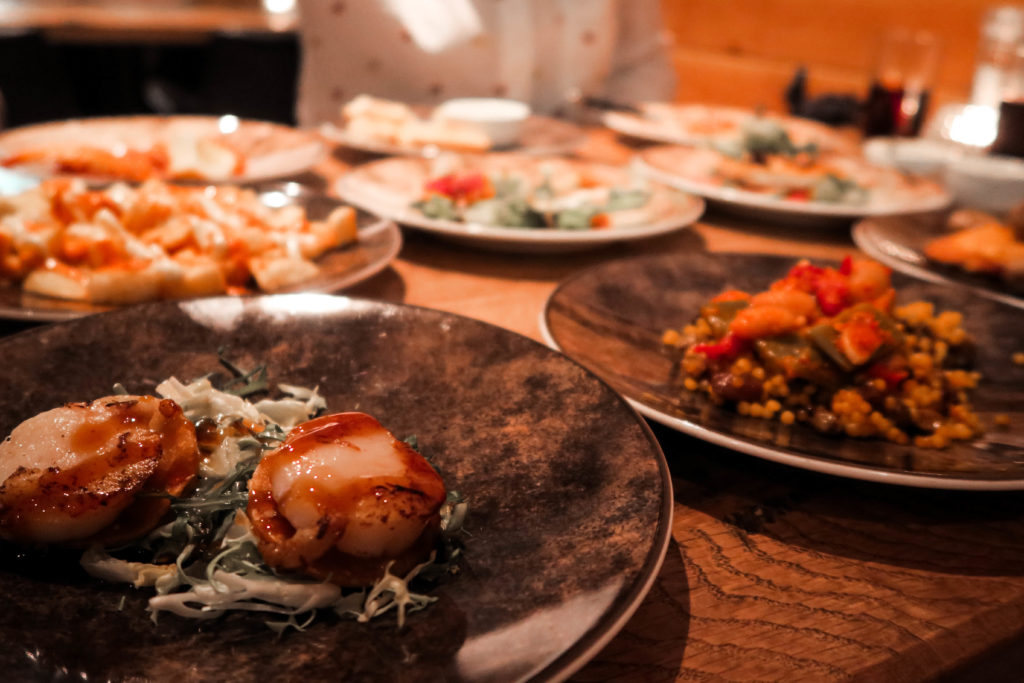 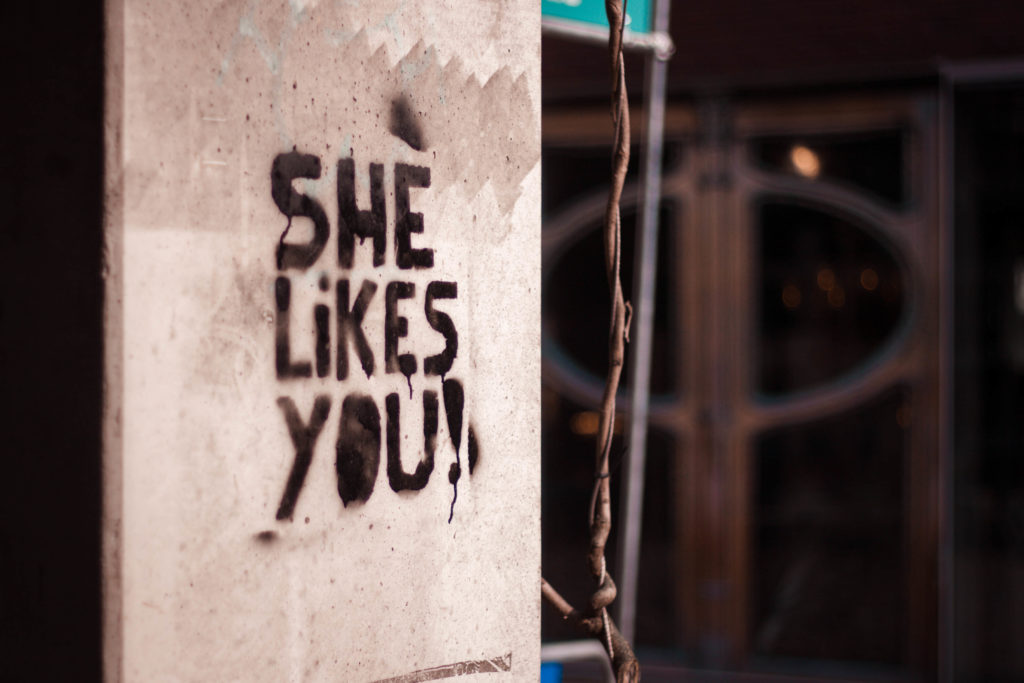 Since breakfast wasn’t included at our hotel, we decided to eat a big brunch and dinner each day instead of the usual 3 meals, which worked out pretty well tbh.  On Friday evening’s meander we noted the Happiness Cafe as somewhere that looked cute for brunch, and I can happily (pardon the pun) say that the food matched up to the dreamy setting.  Of course we only realised later that the Happiness Cafe actually has 2 locations in Eindhoven and we could’ve sat outside in the sun at the other one, but oh well.  Our acai bowl, fluffy pancakes, and avocado and egg on toast were enjoyed just as much indoors (shared between the 3 of us, obviously – even my appetite isn’t that big at breakfast time). 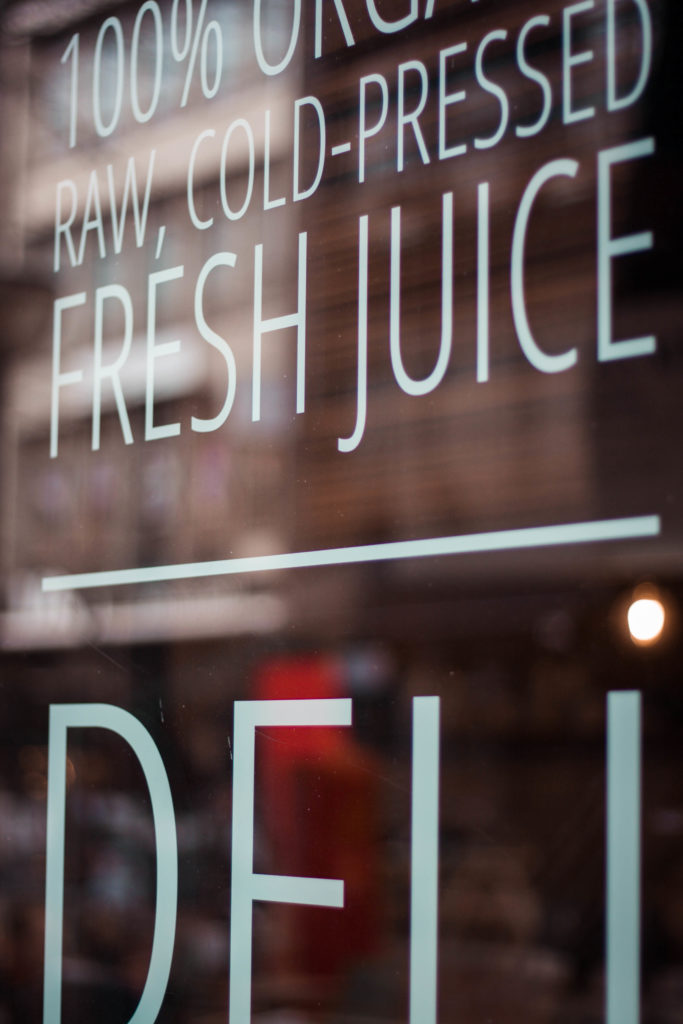 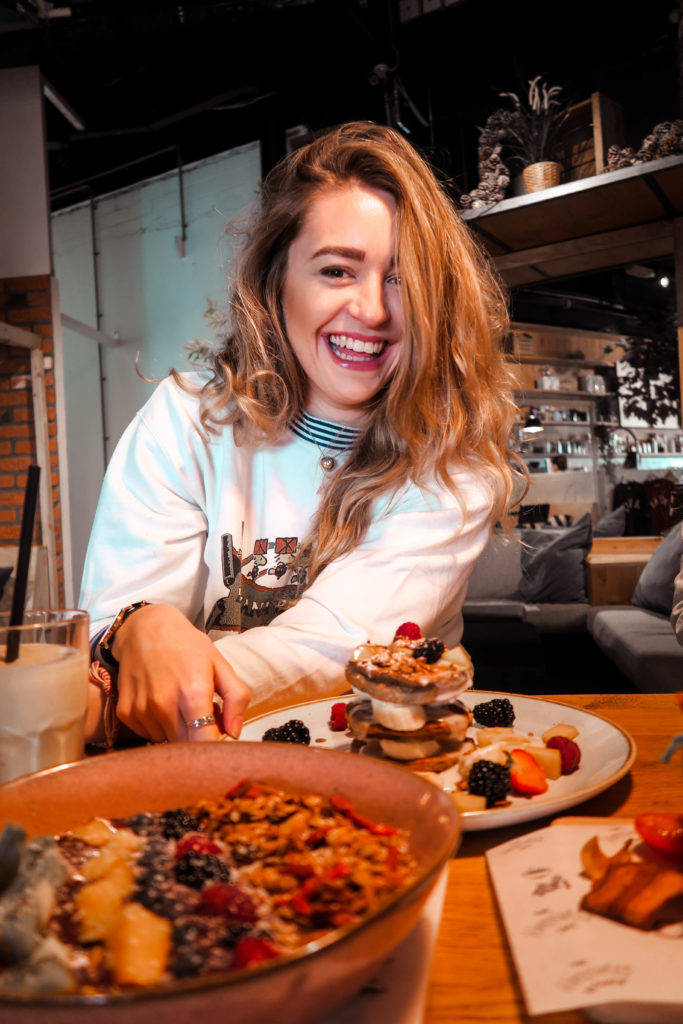 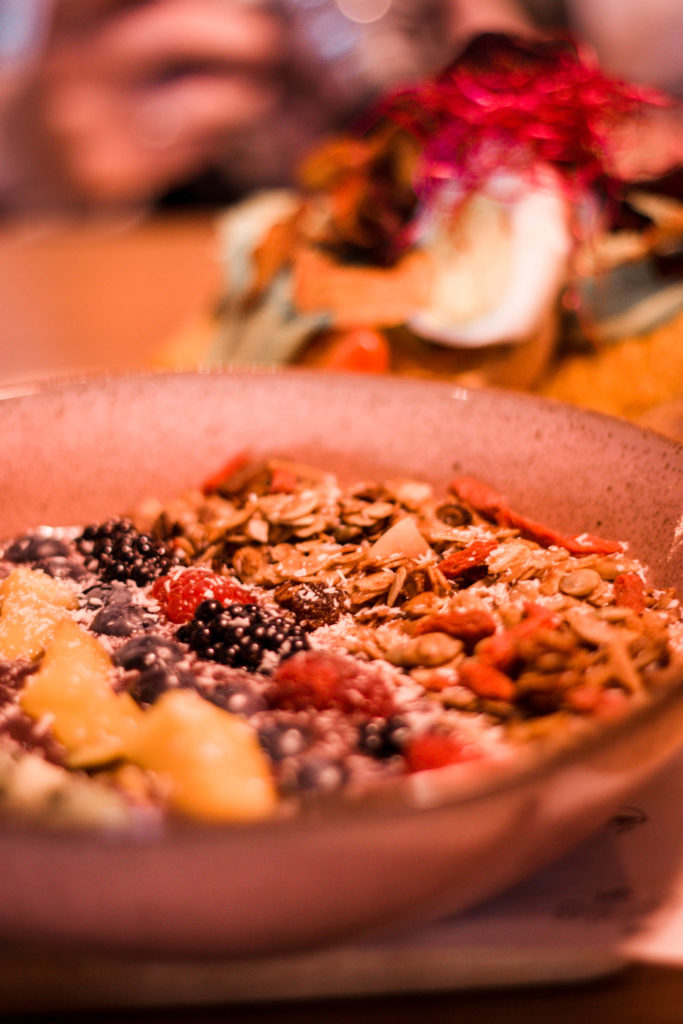 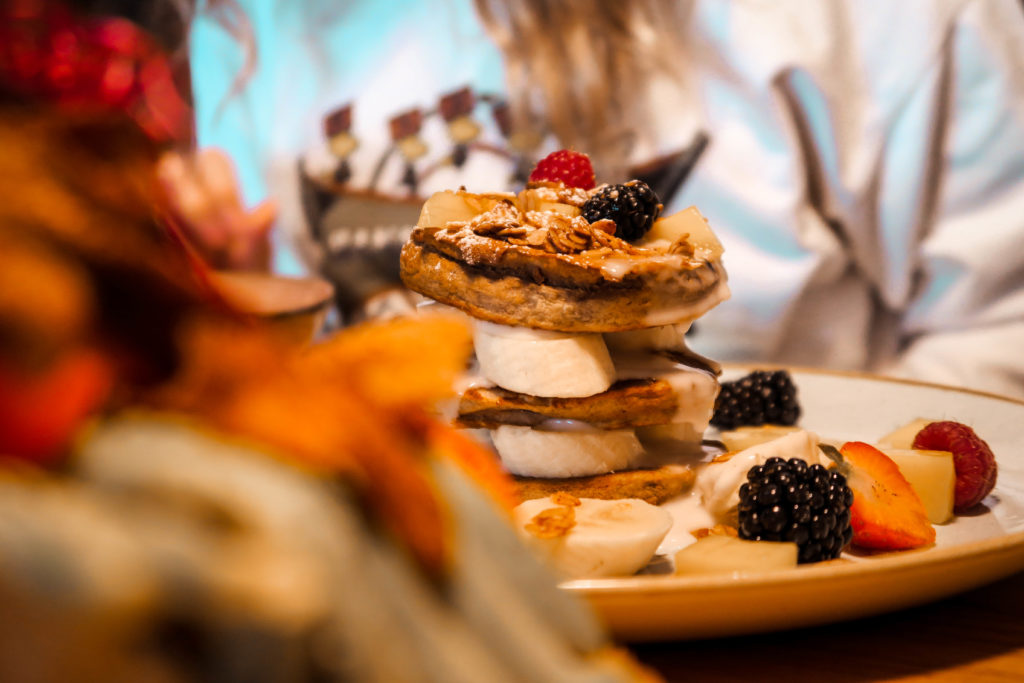 Brunch was followed by more wandering around – we learnt quickly that Eindhoven was basically built by Philips and the Philips Museum is therefore a ‘thing to do’ in the city, but given that our trip was fairly short we chose to pass on all museums and skip the history lesson and get more of a feel for the current city instead. 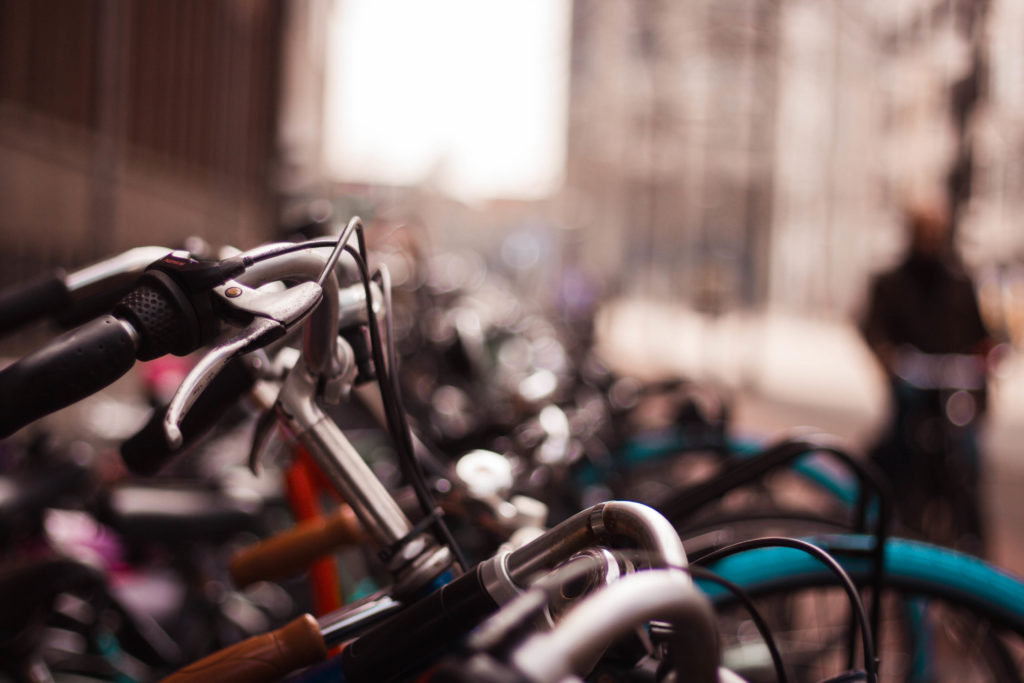 By ‘a feel for the city’, I kinda mean ‘learn how to not get mowed down by bikes’.   I’m guessing the same is the case across the Netherlands, but to us Brits the fact that the cycle lane is essentially another road kept catching us off guard.  Bikes!  Bikes everywhere!  I imagine it’s quite lovely cycling around anywhere on a nice big comfortable bike with a basket on the front, with no hills to slog up. 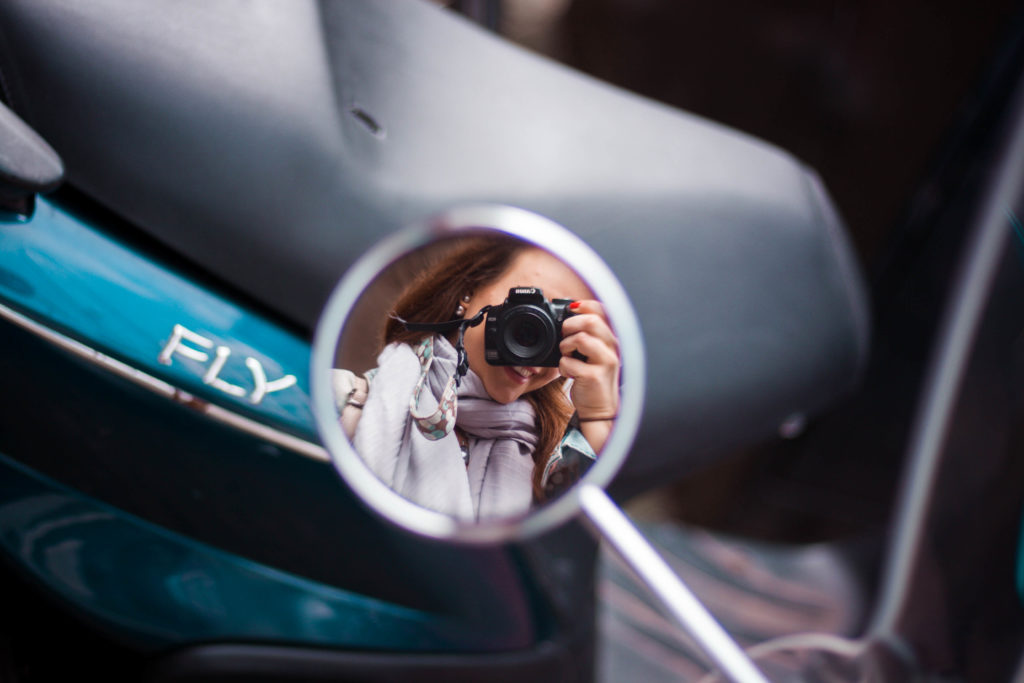 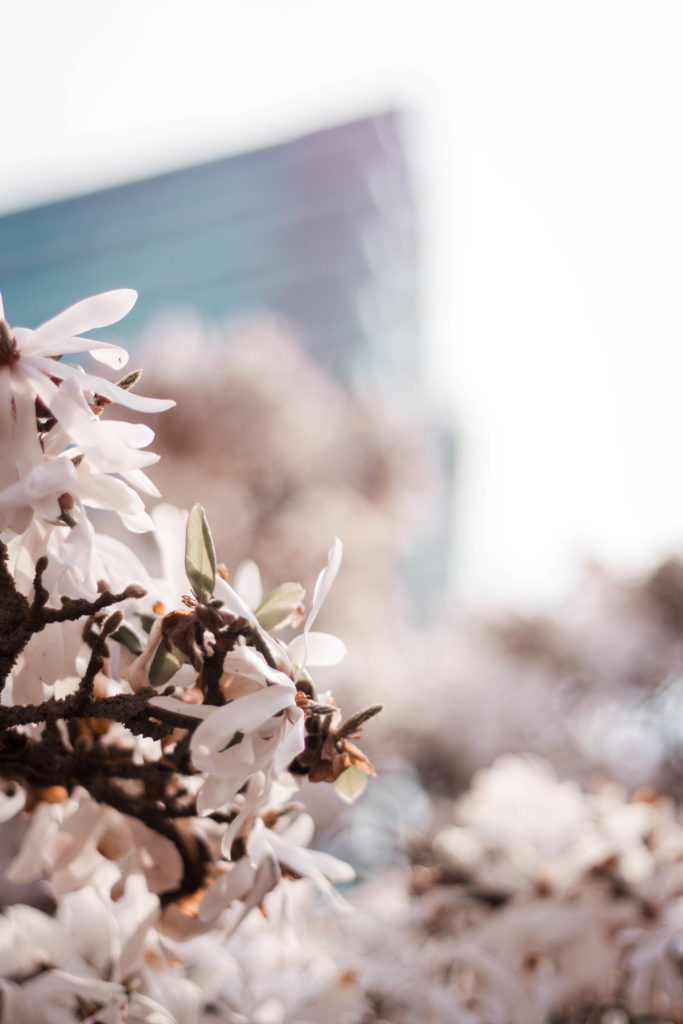 Gotta love a recommendation from a local that turns out to be the best part of the trip!  Our very brief Googling session (in the hotel room, at approximately 11:30 on Friday night) had informed us of Strijp-S’ existence, but hadn’t told us anything that compelled us to go there.  When the very lovely waitress in the Happiness Cafe told us that we’d like it, however, we didn’t take much convincing. 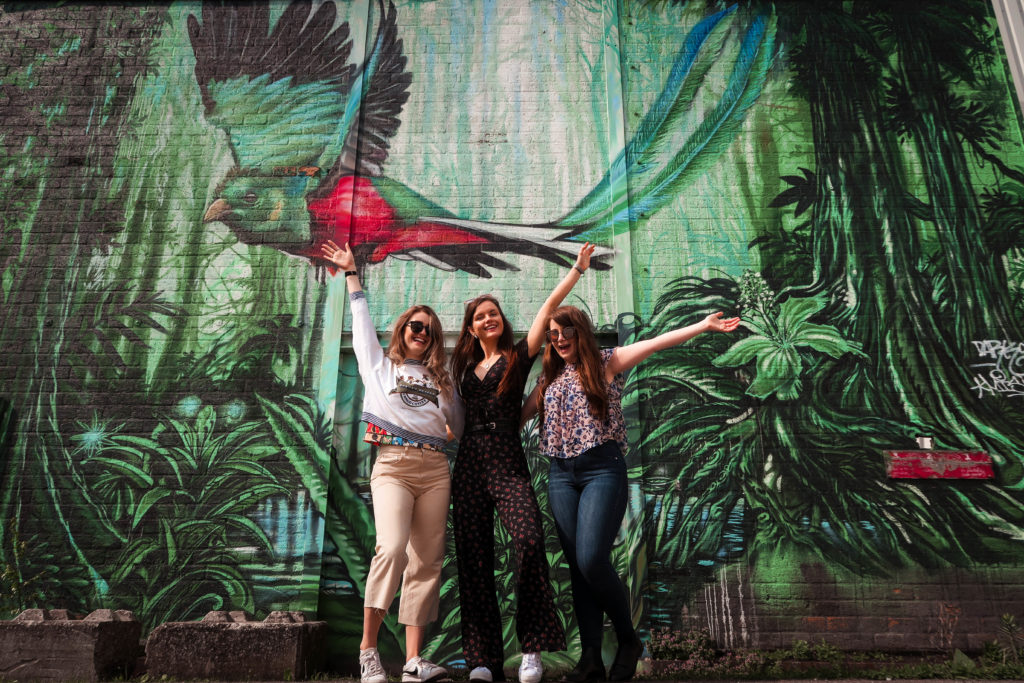 Turned out Strijp-S was pretty much the ‘street art area’, which was right up our… street.  Cue lots of self timer posing. 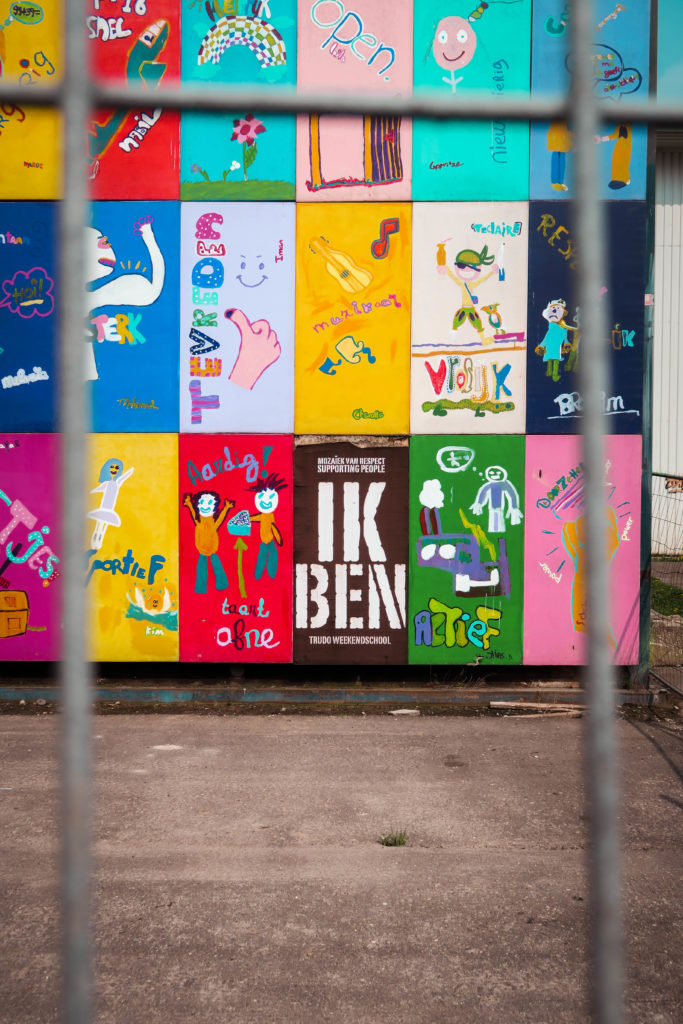 We spent far too long marvelling at the dreamy interiors of Gusj market, which had the most eclectic yet beautiful selection of homeware and other bits and bobs that was oh so random but oh so good.  Our hand luggage allowance was probably a blessing in disguise to be honest (for our bank accounts, anyway). 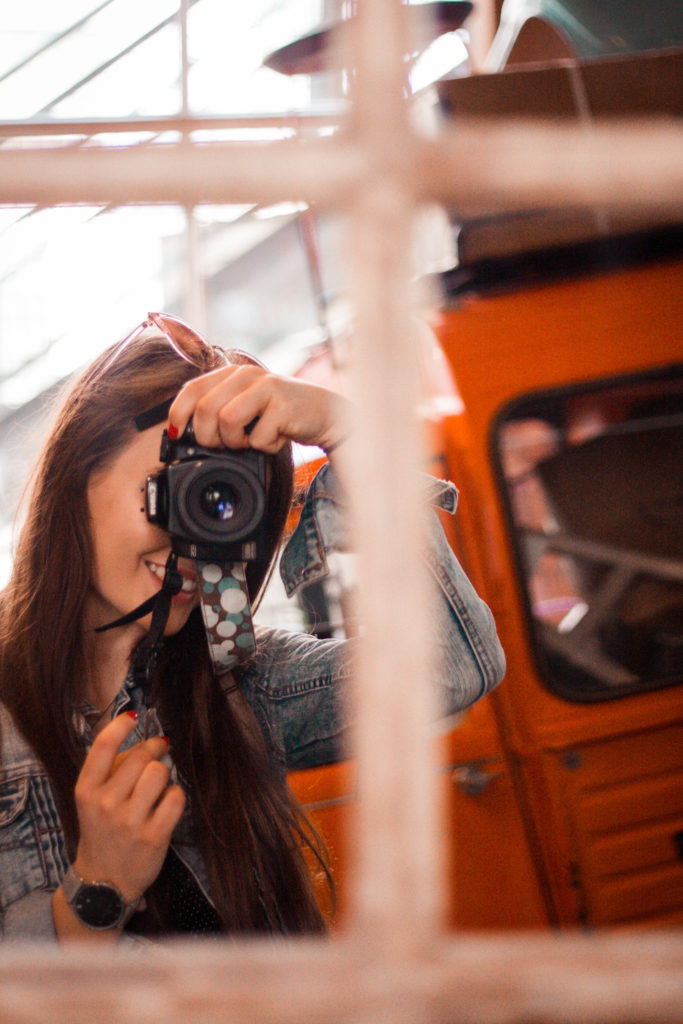 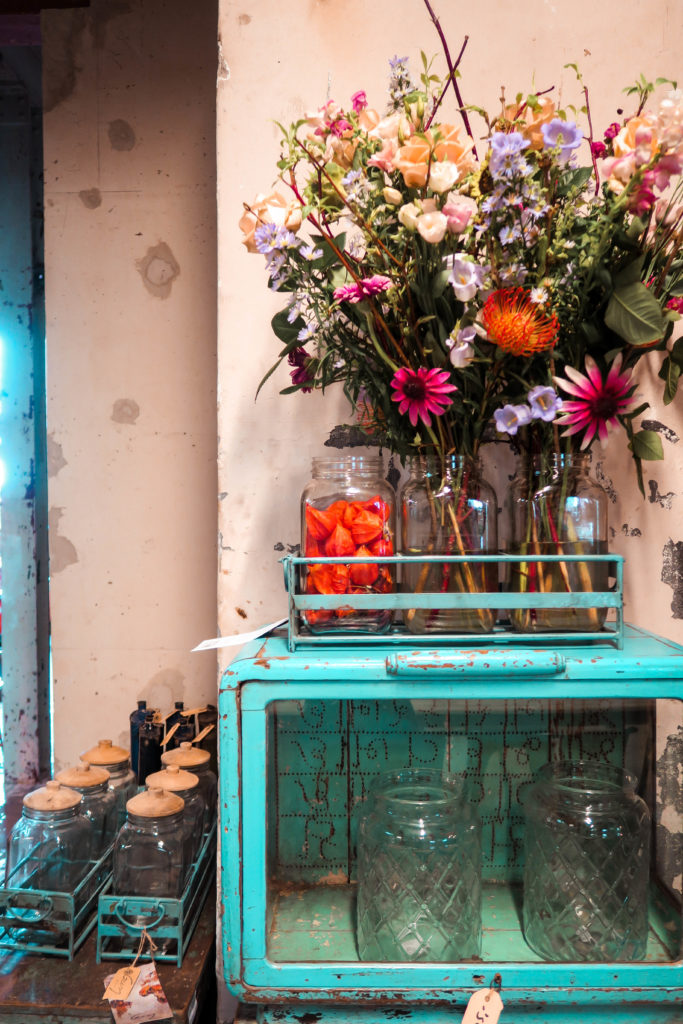 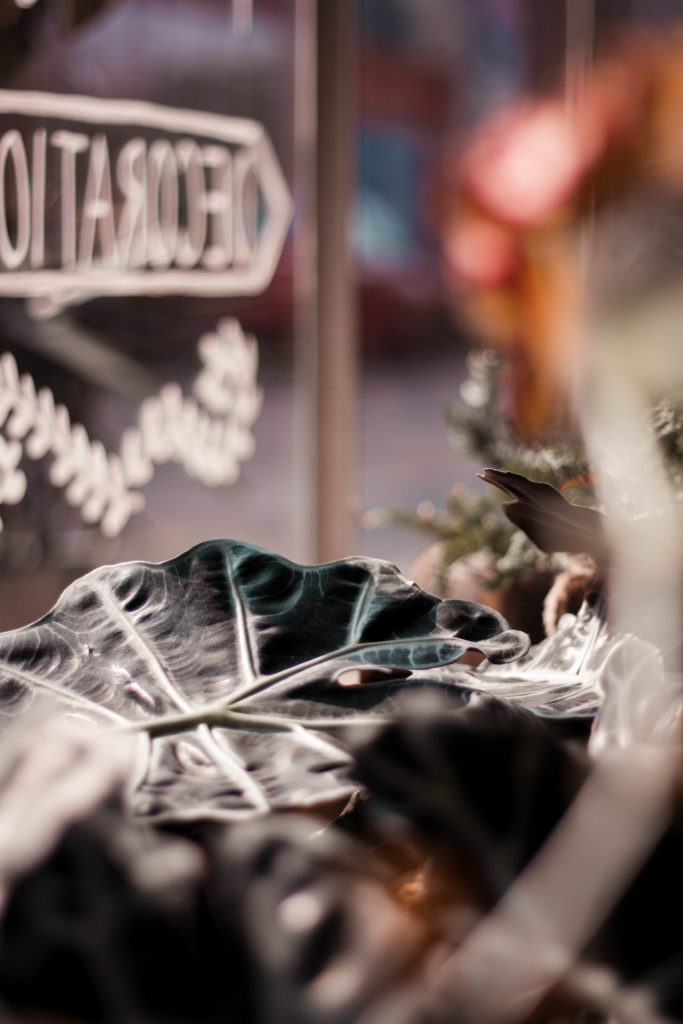 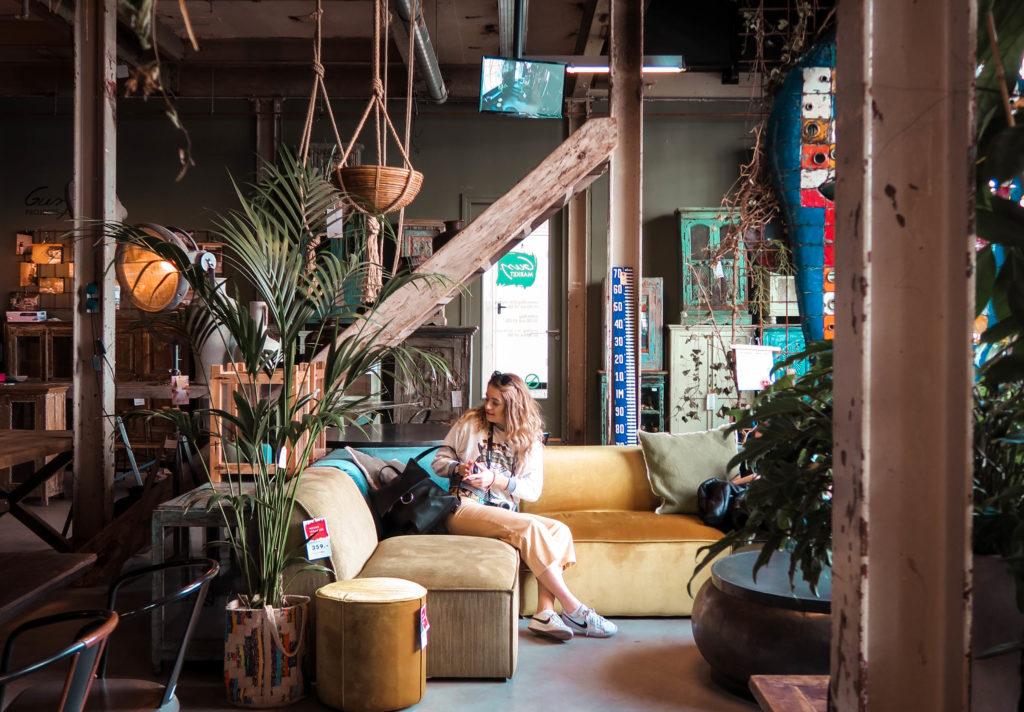 We found yet more street art once we’d prised ourselves away from the interiors, so naturally that meant climbing on a disused I-don’t-know-what for a picture.  Obviously. 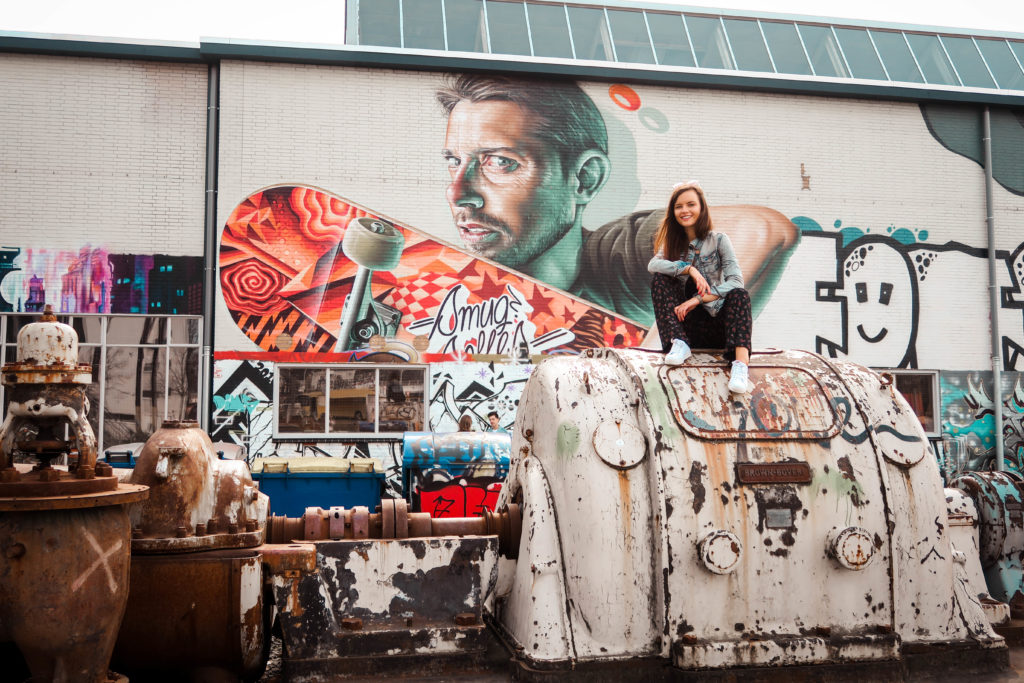 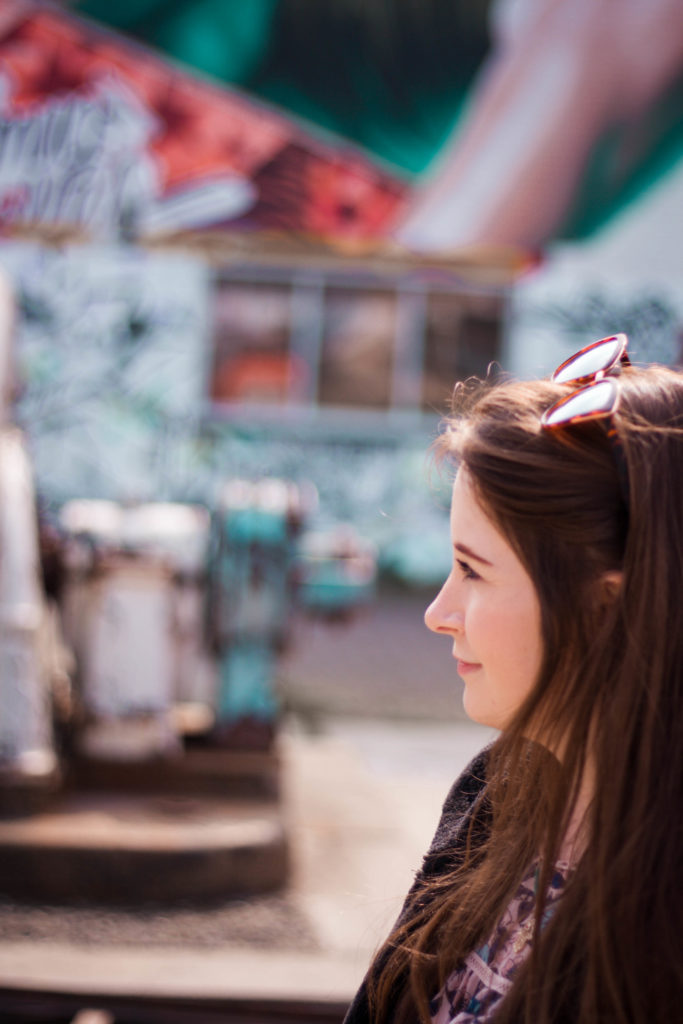 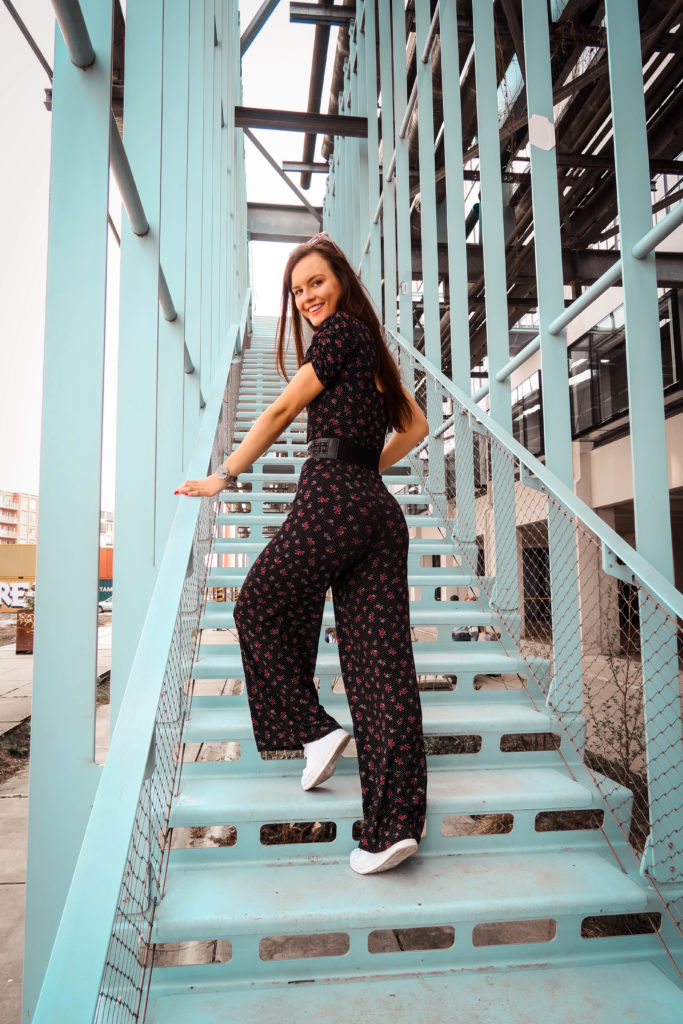 Words are evading me when it comes to describing what Strijp-S actually was – Wikipedia tells me it’s a ‘neighbourhood and former industrial park’, and it really reminded me of the Telliskivi creative city I visited in Tallinn a couple of years ago (albeit slightly warmer than a Baltic rooftop in December).  Just an area with lots of creative ‘stuff’ going on, a relaxed atmosphere and a really chilled out vibe.   And a super busy ice cream shop with queues out the door.  Intelligentia Ice looked nice but we weren’t that dedicated to the ice cream cause. 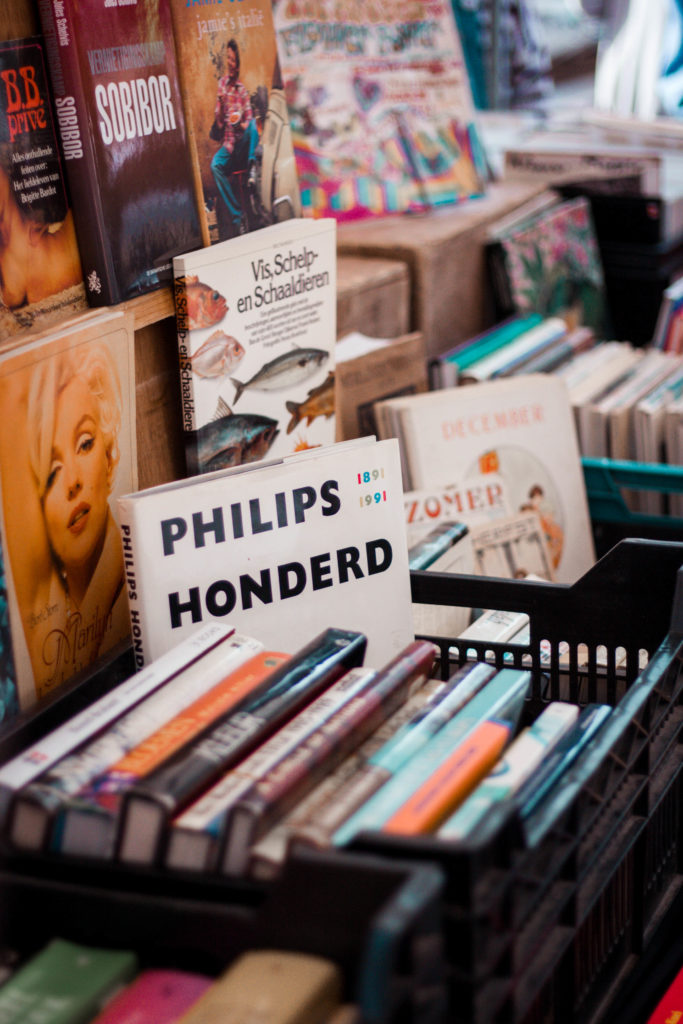 Philips is everywhere, I told you! 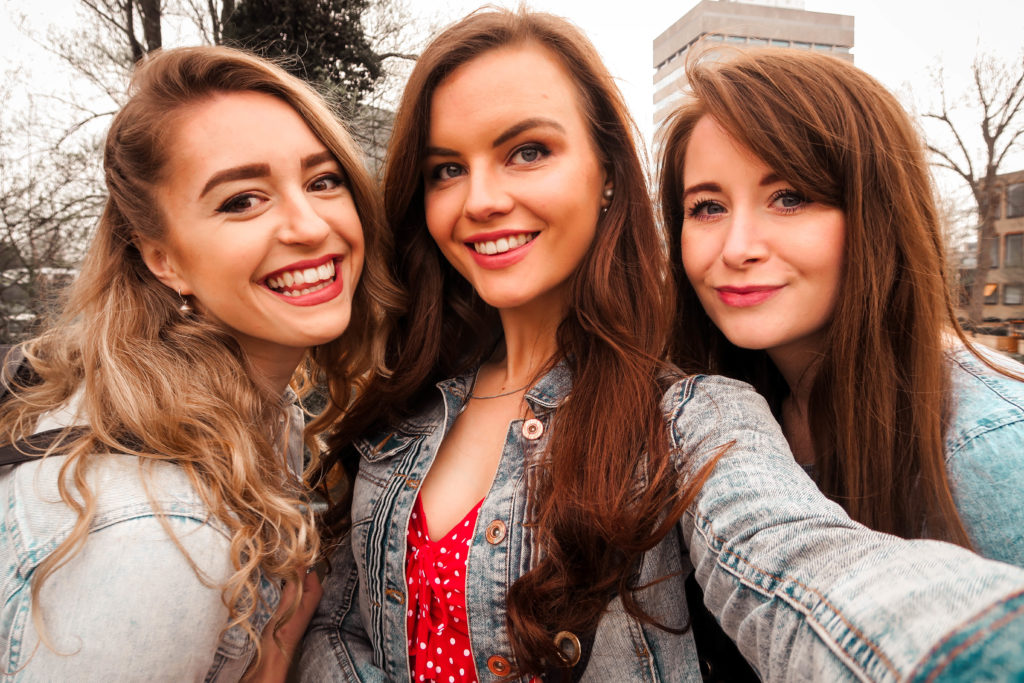 Yes to many more adventures with these two.  This time next year (ish) we’ll be at Ellie’s wedding, so there’s a hen do to tick off before then! 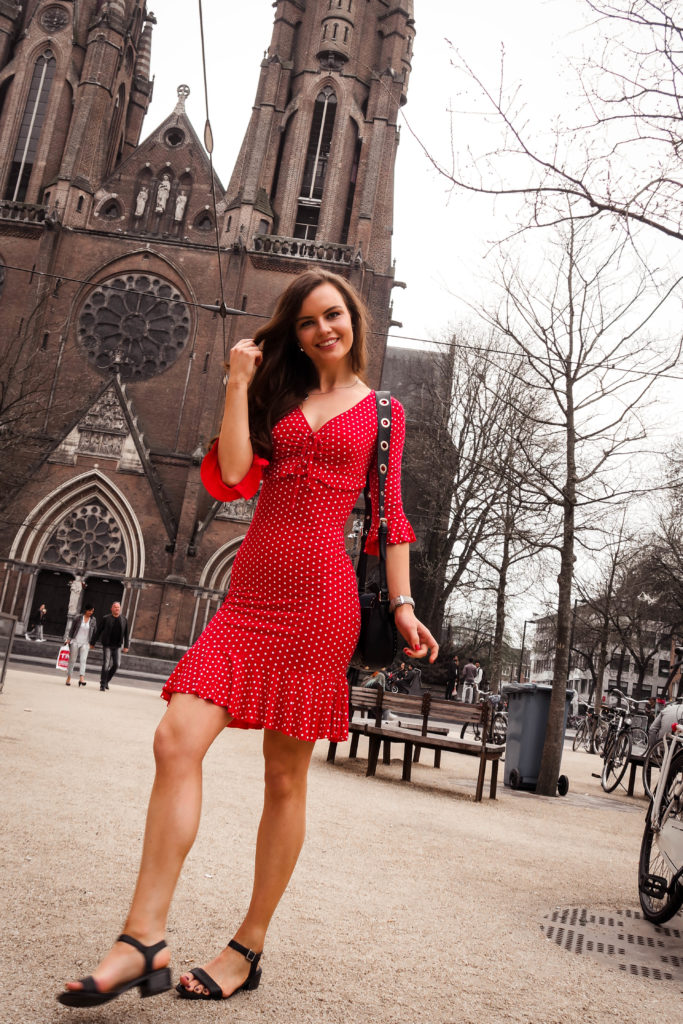 Attempt 2 at the food market was slightly more successful.  Still didn’t manage to nab a seat for dinner (even with vulture like circling), but after pizza around the corner we found a table for drinks.  Girls needed their Aperol Spritz, you see.  Lively atmosphere, lots of food and drinks choice, and you can order either at the bar as usual, or via an app with a QR code on your table which makes life much simpler and easier.  It’s worth noting though that here (and a couple of other places we encountered) only accept card payments, which is kind of annoying when you’ve taken cash euros out then have to spend on your card anyway.  Would be nice if there was a sign or something informing you of this beforehand, but oh well. 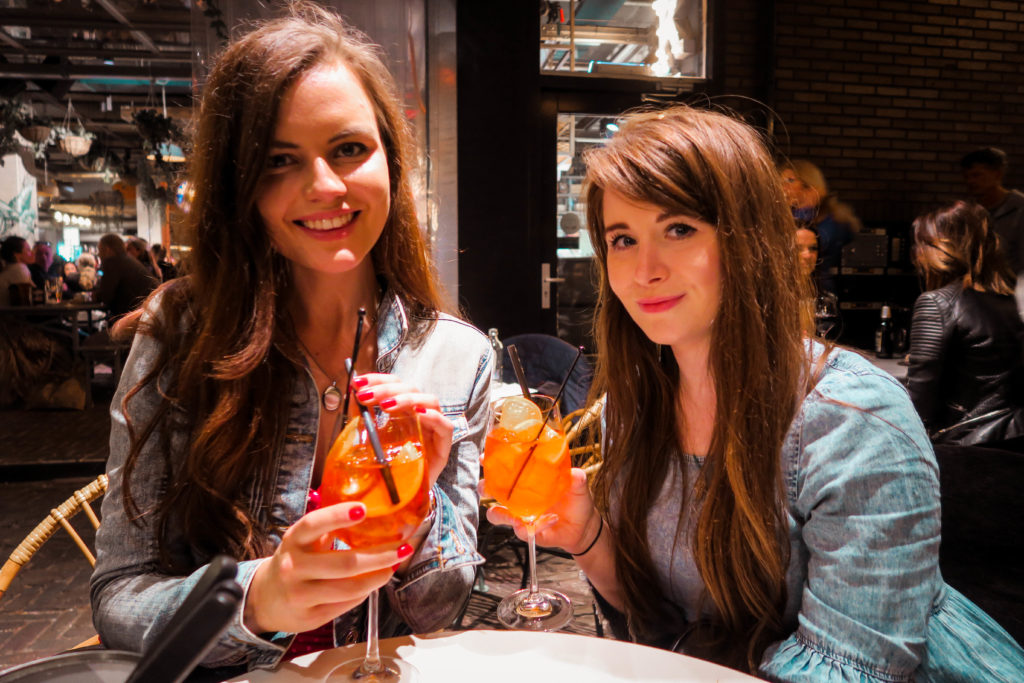 Brunch went undocumented this time (shock horror), but it involved pancakes, juice, and coffee (not so shocking).  Our flight was at 4:30pm leaving us with a somewhat awkward amount of time to kill post brunch, but we managed.  By browsing the shops we don’t have in England and comparing Dutch H&M to English, obviously. 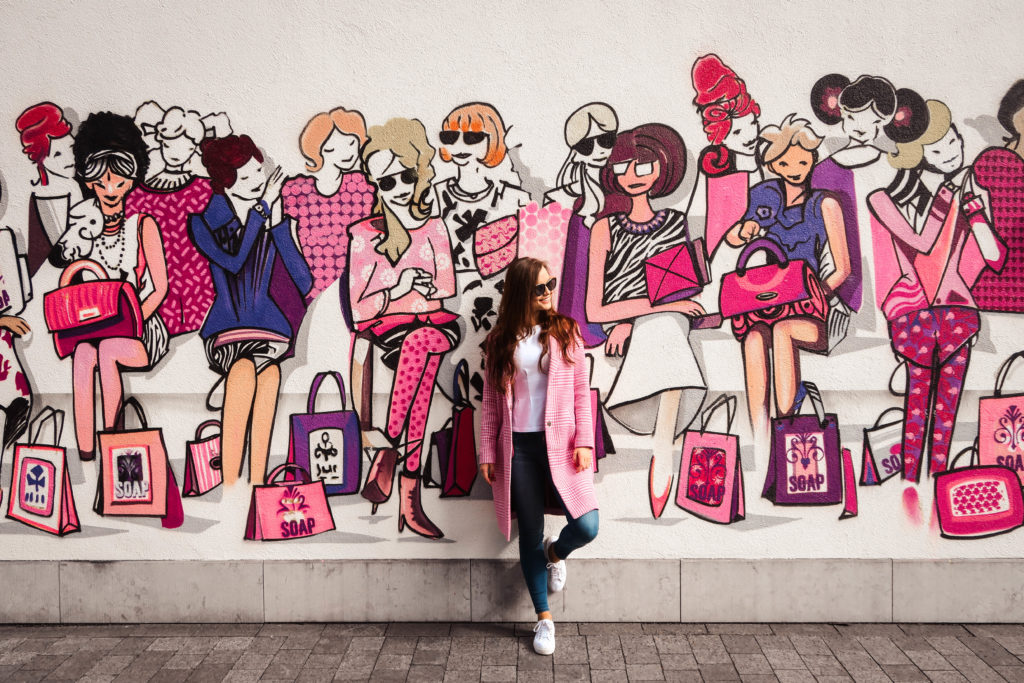 Could I have matched these gals better if I tried?  I think not.  Told you this coat would be seeing a lot of wear. 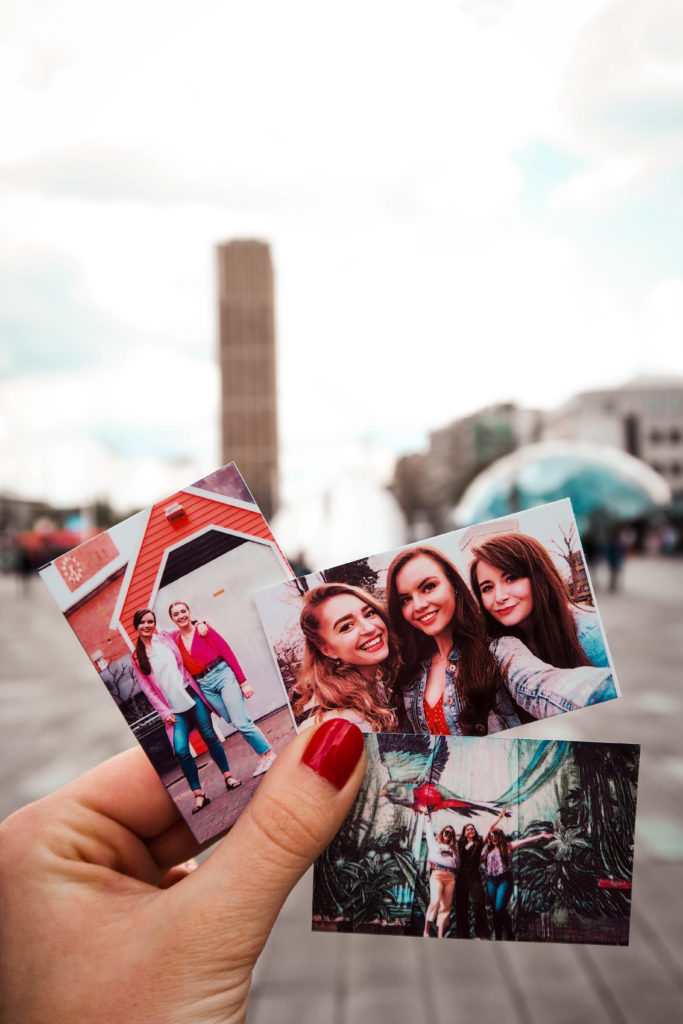 And just like that, we headed back through the (rather rowdy) football crowds and headed back to the airport.  A short but most definitely sweet trip, and not just due to the pancakes.  Would highly recommend adding Eindhoven to your weekend break list! 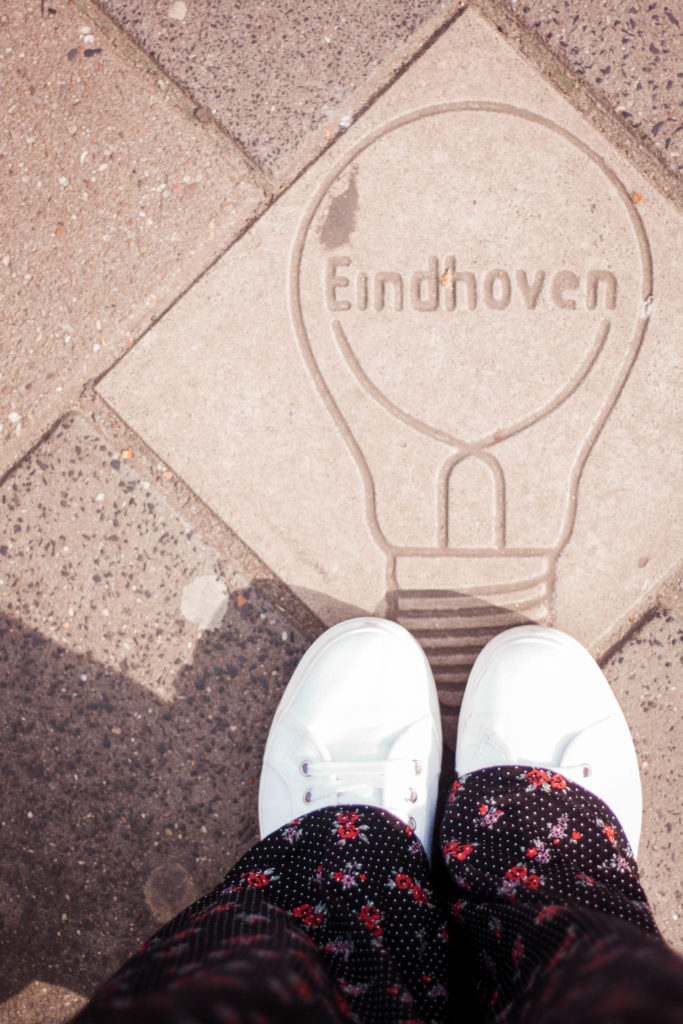