a winter weekend in basel 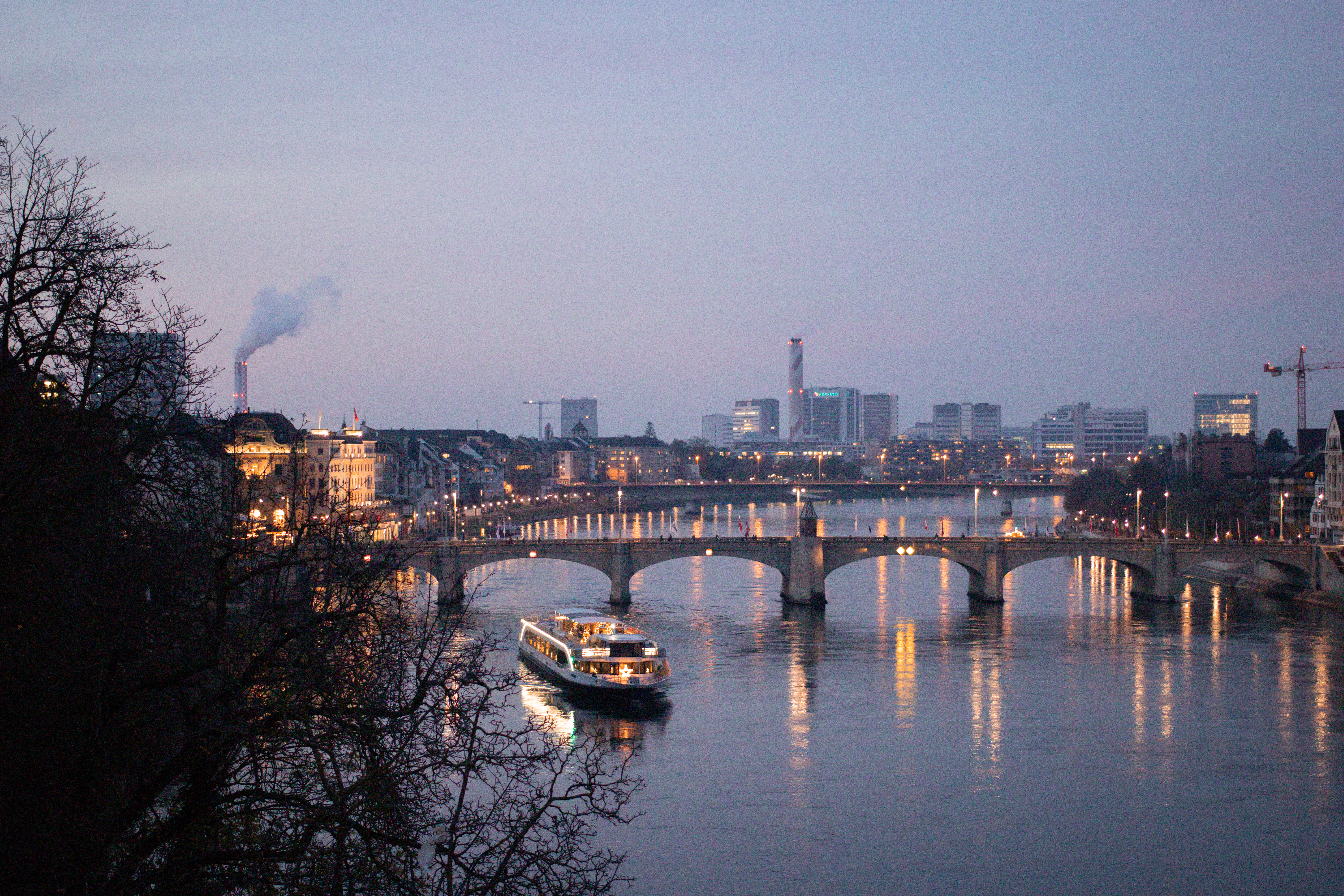 My friends and I have a habit of booking trips to destinations outside the usual tourist cities. Amsterdam? Nee, Eindhoven! Zurich? Nein, Basel! Why book the obvious city when you could go where the cheap flights are and see what happens? This approach seems to have worked so far. It’s actually quite nice to travel without a list of ‘must-sees’ – it takes off the pressure of feeling like you *have* to visit a certain landmark else you haven’t seen the city properly, and it generally means there aren’t quite so many tourists. When you’re mainly there to have a catchup as pals that don’t see each other nearly enough anyway, it doesn’t matter too much. So long as there is good food and cute views, it’s all good.

Due to work circumstances and changes of plans the three of us ended up travelling to Basel on 2 separate flights and home on 3, so our two night stay was a little disjointed. But oh well, we all made it there at some point and had a good time! Another slight hiccup was that I ate something dodgy / caught a bug / god knows what on Saturday night and spent the Sunday feeling really rather grim, which never helps on a supposedly fun city break. I was determined to make the most of the trip though so powered through and crashed out on the plane at the end of the day. Less than ideal, but I’ll try not to let feeling ill cloud my judgement of the city.

Blog post wise, I thought I’d share a wee photo diary of our weekend along with brief notes on how expensive it was, as I imagine I’m not the only one a little concerned about heading to one of the most expensive countries in the world. Obviously it is pricey, but we managed to find cheap flights, a very reasonable hotel, and not spend a crazy amount whilst there by being careful. It isn’t a budget trip, but it is doable!

We landed fairly late on Friday night and our top priorities were finding food and finding wine, with taking photos fairly low on the list. So we shall start with Saturday morning! Erin, Ellie and I headed for brunch at Radius39, a small cafe / food store where all the produce was sourced within 39km. Very tasty (local) bacon and eggs were eaten. Brunch was followed by a meander around the city centre and Old Town, popping into the odd shop here and there for a browse. Lovely selection of arty bits and bobs and we spotted several eco shops, which is always a good sign! Clever us had booked a trip for the end of November *just* before the Christmas markets open and the city turned merry, and I imagine it’s even nicer when the festivities are in full swing. I made the same mistake with my trip to Berlin last year – lesson learned to pay a little bit extra for a Christmassy trip, rather than a cold wintery one without the sparkle.

Yes I am wearing 3 handknit items at once there. What of it?

When in Switzerland! I wasn’t prepared to leave without melty cheese and hot wine. It would be against the rules. Most fondue selling establishments were ludicrously expensive, but we found Zum Alten Stöckli in the old town where I think a cheese fondue with bread and potatoes cost around 26 CHF between us (and was plenty food for an afternoon snack). Washed down with glühwein of course.

I’m glad I enjoyed it on the first day because I felt horrendous on day 2 and could only face the plainest of plain food. Not even fondue! Losing my appetite is how I know I’m really ill.

More food! Sensing a theme? By this point we had waved Ellie off to the airport and were a party of two, and a hungry one at that. As I mentioned, Basel ain’t cheap, so we did our research into a decent dinner that wouldn’t cost a fortune. Tapas restaurant Paseo turned out to be a good shout, where Erin and I shared 5 tapas plus a creme brulee and glass of red each for £25 per person. Not too shabby!

wander around the Old Town

Fresh air seemed to do my ill self good, which was lucky because we walked a lot of steps on the Sunday. Basel is a fairly small city, and the cutest part is definitely the Old Town (no surprises there). Public transport is also great: free Baselcards are given to you on checking in at hotels (I think this is the case at every hotel, but don’t quote me on that!), which grant you free public transport throughout your stay, including to and from the airport. Every tram and bus was on time, clean, and looked like it had been furnished by IKEA.

Btw, pack your hats and gloves – Switzerland in November is chilly, whether you’re up in the mountains or not! I’m wearing two more handknits here – I always choose wool to keep me cosy.

Brunch/lunch, whatever. We’d first stopped by Zum Kuss on Friday night when in search of wine, and the atmosphere was equally cosy on a Sunday lunchtime. It’s a little old converted chapel (I think), with a huge wall of drinks, live music, and lots of candles, in the middle of the park near the central station. Would definitely recommend a visit if you’re heading to Basel.

Obviously most shops were closed on Sunday, so enforced window-only shopping in this case! Which is probably a good thing, as I’d have been very tempted to try to squish this coat into my hand luggage otherwise.

A stop to add to your itinerary purely for the novelty of visiting 3 countries in one day (four if you’re flying home later too). Switzerland, Germany and France in one day, wahey! It’s strange how it actually feels like you’re in a different country as soon as you walk over the border – the buildings are a different style, the currency changes, etc. This landmark isn’t too far out of Basel city centre and can easily be reached by tram, so long as you don’t make our mistake and mix up Dreirosenbrücke with Dreiländerbrücke and hop off the tram several stops early when there isn’t another tram for quite some time. Our legs certainly had a workout on Sunday!

sunset over the Rhine

We’d planned our timings perfectly to head up to viewing platform Pfalz for sunset, then scuppered said timings with the aforementioned tram mixup. Meaning that come 4:30pm Erin and I powerwalked up the hill to just about catch the sky turning purple – we missed the stunning pink skies but I think this darker purple version was worth seeing anyway! Pfalz is definitely the place to go at this time if you’re a sunset fan like us.

That’s pretty much it – just a short but sweet trip! Let me know if you’ve ever been to Basel or have recommendations for cities we should visit next.