Engineering | how it’s relevant to me 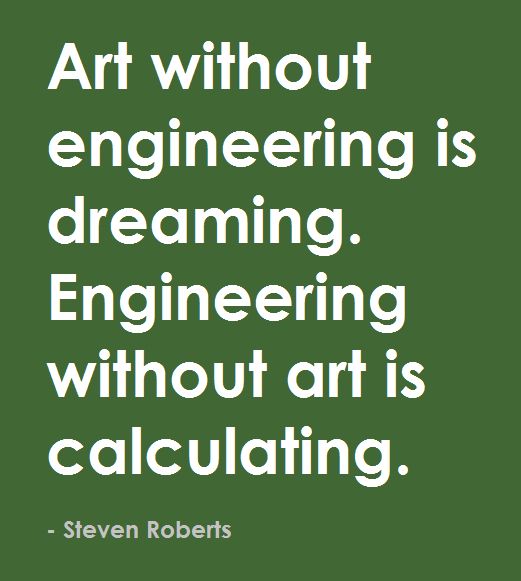 Two posts in one day, go me!  Going slightly off track from the writing challenge now, but bear with me.  EngineeringUK are currently running a Tomorrow’s Engineers Week campaign, and asked me to give my two cents on the topic.  Why not?  Raising awareness of the engineering in our every day lives is the aim of the game; to ‘change perceptions of engineering among young people’.  Clearly I’m no qualified engineer myself, but I’ve a few things to say!

In fact, this kind of all links with my post from earlier today: knitwear designing is like a form of engineering. Creating the 3D forms and shapes, surface patterns, and all the trimmings to look nice requires loads of maths and visualisation.  Engineering is involved loads in the yarny textiley industry too, which I’d be kinda stuck without.  Plenty of the yarn companies I’ve worked with have some pretty slick engineering going on in the background.  For example, the Spectrum Yarns mill uses ‘Hydra-Cell technology’ to help prevent problems caused by static buildup.  Textiles and engineering are actually very closely linked.  That’s just the angle most relevant to me though: pretty much any creative or technical industry needs engineers to run smoothly.  Hence the Tomorrow’s Engineers Week, raising awareness to get more young people on side, and celebrating the everyday engineering heroes that design, create and innovate to improve our lives.

The dictionary definitions of engineering are: ”The branch of science and technology  concerned with the design, building and use of engines, machines and structures’

and:  ‘The act of working artfully to bring something about’.  (This one sounds more ‘me’).

As part of the awareness week, several competitions are running for the chance to see the engineering behind many parts of our day to day lives.  Personally I’d love to win the ‘design your own Docs’ prize the most, but seeing behind the scenes at the Cute Circuit fashion house in London would be pretty cool too.  Even if I have had more than my fill of circuits in physics..

What does this tell us then?  Looking at the stats, it shows that girls are equally capable at physics as boys, yet usually don’t take it past GCSE.  Physics and engineering aren’t technically the same thing, but y’know, numbers and forces and that!  I’m one of those 20% of girls, so this is where I can pretend I know what I’m talking about.  Physics isn’t an easy subject, there’s no bloody denying that!  My teacher said that people often choose subjects to fill up their 4 slots, but nobody ever ever ever chooses physics as a filler subject haha.  Too right they don’t.  So, why is it that girls choosing these subjects and following these careers are so few and far between?  Technical subjects seem to be so male dominated.

I’d be interested to know if any of my readers have careers in engineering or did A level physics.  Did you go on to use it later?