so my blog is useless……. 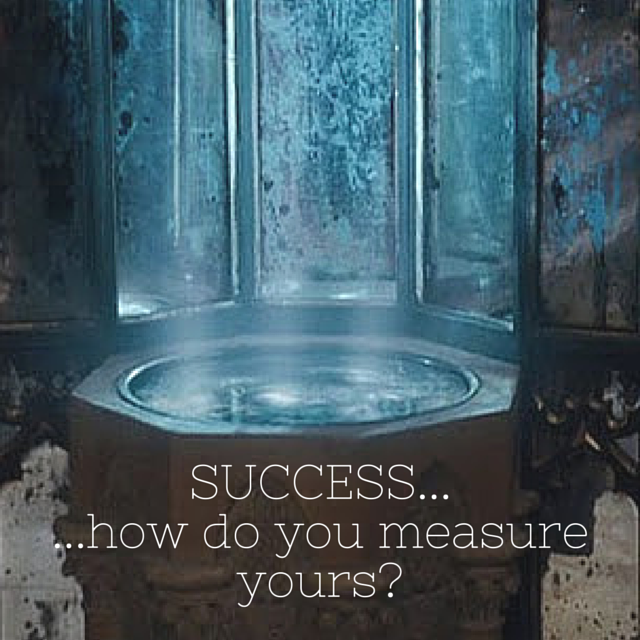 So my blog is useless… or at least that’s what I was told this week!  Depressing to hear this from anyone to be honest, but kinda soul-destroying when it comes from someone who meant the absolute world to me a short while ago.  Not gonna lie, what with this and mock exams (don’t exactly leave anybody feeling sprightly do they?), the start of this week was less than positive.  It’s made me think though, that’s for sure.  What is my blog?  What does it mean to me?

I like to think I can strike a balance here.  This is my ‘personal’ space where I don’t write to suit a fixed criteria.  I witter on about the most mundane aspects of my life.  I blog stuff that in all likelihood holds little or no interest to the average person, because who needs to know which skirt I wore today?   I do it often, this wittering.  For this reason, blogging is an outlet.  Sometimes I pour stuff into Joli House in the most jumbled of manner.  Kind of like my own little pensieve!

And then there’s the other side of blogging.  The side where I hope to act in a professional manner.  Or at least as professional as a just 17 year old can be.  The opportunities that blogging has brought – brand collaborations, writing opportunities etc. have been a hugely satisfying part of blogging.  Sadly, it’s this side of Joli House that brought about this ridicule.  Apparently, I don’t know my ‘market’.  In fact, I am actually ignorant of what a ‘market’ even is.

Market: definition – ‘an area or arena in which commercial dealings are conducted’.  Hmmm.  Not the most flattering way to refer to the people who are kind enough to engage with me here.  Seriously?  Is that what some people think I want blogging to be about?  Yes I do want to take a professional approach to it.  Yes I hope it can grow and maybe be a stepping stone to further writing.  But for the love of God, if you ever hear me refer to ‘markets’ in the same sentence as Joli House then just slap me hard in the freakin’ face yeah?

Don’t get me wrong, I do think of this space almost as a fledgling business, and of course, I’d like to be as ‘successful’ as possible in nurturing it.  But how to measure success?  I guess that’s a very individual thing and I’m also guessing I’m a little more laid-back about this than most.  I was very ‘successful’ with my GCSE results and – fingers crossed – I’d do reasonably well with my A levels too, but honestly, I don’t feel the compulsion to kill myself jumping through Oxford or Cambridge hoops any time soon.  I want a degree and I want a good one but I’m in no rush and for the time being, I’m happy to take a flexible approach.  I won’t feel a failure if I have a late start on this goal if travel or work opportunities arise.  And the same goes for Joli House; I won’t feel it’s a failure if I’m not at the top of the blogging pile.  God knows….it’s a bloody big pile!  If you guys are still taking the time to read and even comment then all is good.

My measure of success will never be the square footage I can afford in central London.  It won’t be 5* resort holidays.  It won’t be a prestige car parked at an (impossibly expensive) city address.  It’ll be my freedom.  Freedom to be comfortable in a modest (but cute) home, freedom to make an idiot of myself learning new stuff, and most important of all, freedom to spend time with those that I love.

I guess that in our quest for success, there are people who’ll support you and there are those who’ll ridicule you.  Evidently, some will surprise you and do both.  It’s up to you how you react.  The one who was once my biggest support has now found a stick to beat me with and I’d be lying if I said it didn’t hurt.  Their idea of success is totally at odds with mine.  It is however, no less valid.  Each to his own.  I wish them well in life and all their endeavours.  Que sera sera.