I’d say I’m generally a pretty confident person.  I’ll happily introduce myself to strangers, speak in public if I have to, and do most adventure sports (with a push, admittedly).  So I can honestly say I didn’t think twice about saying yes to my first opportunity to travel abroad to a new city alone.  Hell yes to that!

Over the last year or so I’ve read manyyy an article and blog post about solo travelling, and been dying to see more of the world on my own.  That said, until I began to see these blog posts I’d never really considered it.  You automatically consider holidays and trips as something you do with family or friends, right?  I guess I did, anyway.  Emphasis on did.  Not any more!  So many girls seemed to be having the time of their lives, and I wanted a piece of the action.   In small doses mind you – I’m perfectly happy going away on little jaunts and having home to come back to. 😛  Short solo city breaks seemed an ideal place to start to me. 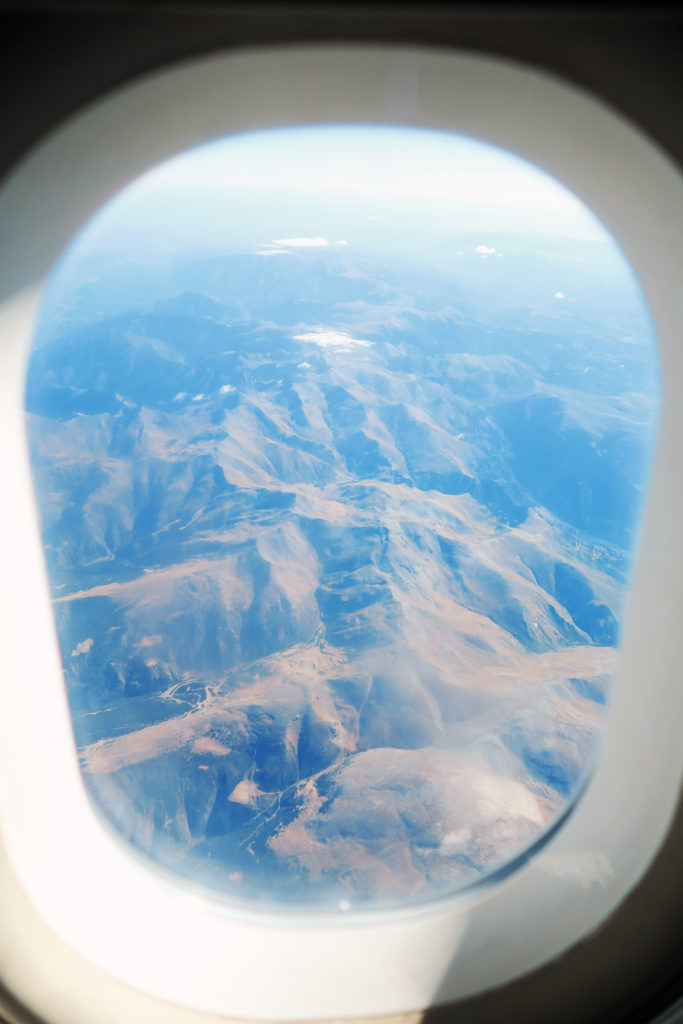 Fastforward through the 6 weeks or so for which I’d had my Barcelona trip pencilled in, and nerves still didn’t really  hit me tbh.  Idk if they should have.  Sometimes not being nervous when I feel like I kinda should be, actually makes me worry – you get me?  Worries about getting pickpocketed/mugged (I’d heard tons of bad stories) were real, but I wasn’t actually nervous about the solo travel in general.  Only in the car en route to Manchester airport on Tuesday morning did I start to go a teensy bit quiet, but was still 10x more excited than anything else.

You see – I’m not generally nervous until something gives me a hint of a reason to be.  Then I set off worrying about anything and everything, and become convinced that all the bad luck in the world is going to come my way within the space of 24 hours.  That’s when days like this happen.  Not my finest hours!  Luckily for me, I’d been allocated priority check in and boarding for my early morning flight – something I’d never really considered before, but boy was I thankful for on the day.  Never have I ever seen such queues at Manchester airport, wow.  The irrational Lily would 100% have panicked and got her knickers in a twist about missing her flight otherwise.  I mean, the staff were bringing people with earlier flights to the front of the security queue so I’m pretty sure all would’ve been fine, but that one stress would have been all it took to set me off!  Rushing was not what I needed, so I was seriously grateful for that fastpass ticket.  Sometimes the little metaphorical security blanket is all you need, right?

Something felt very ‘adult’ about flying to another country alone, with the responsibility of delivering content for brands in addition to enjoying myself / keeping myself alive.  Nobody was there to give me a hand if something went wrong!  Now that I’m home in one piece I feel like I can say that I didn’t do anything stupid (like y’know, losing my keys or passport or something) without jinxing it.  I can call my first solo trip a success. 😀 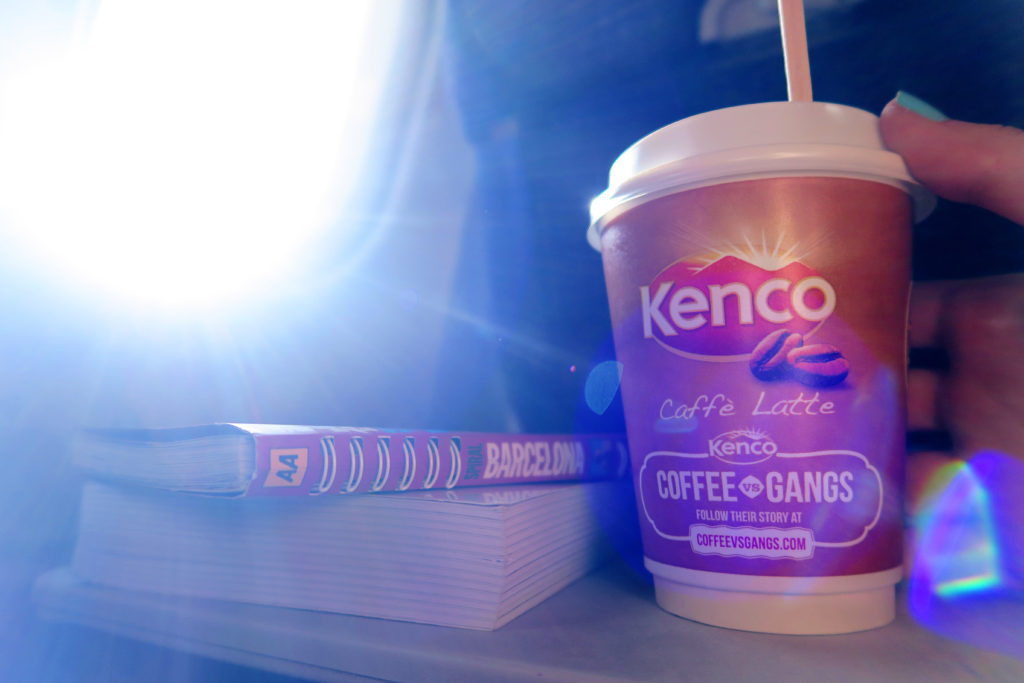 So yes, once check in and security was over and done with and I was nicely settled in my extra legroom seat (endless tall girl appreciation for legroom) I began to reallyyy get excited and grin to myself like a weirdo.  Unlike the cruisegoers around me I wasn’t in the mood for an iced mojito at 8:30am, but a latte suited me nicely – you need some caffeine in your veins after a 3:30am wake up call!  The chatty friendly cabin crew asked me about my trip and about travel blogging, and on the flight home offered me a move of seats since a couple were going spare.  So I opted to be a minimal pain in the ass and take an aisle seat rather than asking to squish back into my window one.  I’d taken my obligatory window photos by then anyway!  I mean, you didn’t make it out the country if you didn’t take one of those, did you?

Anyway, for any girls looking to hop countries alone, I thought I’d share a few of the ways I made my first experience run as smoothly as possible.

Things that helped me feel confident:

Make the airport/flight process as simple as possible.  Pretty much everyone checks in online these days, so that helps enormously, but if you have the option to fastpass humongous queues with priority check-in and boarding to save yourself the rush, then I’d recommend that too.

A morning flight.  I know this isn’t always an option, but I felt so much more relaxed (despite being alone this time) arriving at 10:40am in Barcelona than I had arriving at 10pm in Budapest.  Everything feels so much safer and in control during the daytime.  From now on I’m going to try to grab morning flights when possible!  I’m even flying from Luton at 7:25am on Sunday and that’s a 4 hour drive away.   Not entirely sure where I’ll factor sleep into the equation that day, but hey, at least I’ll land in Ljubljana in daylight!

Screenshots and printouts.  Screenshot ALL THE THINGS – hotel address, flight details (including terminals, times etc), meeting places, email confirmations, maps, booking references, everything.  You should see my screenshots folder, seriously.  Always best to avoid fumbling around searching for info if at all possible.

Take a taxi when you first arrive.  I took the metro loads whilst in Barcelona, but chose not to give myself the hassle of navigating public transport and city streets for the first time with 2 small suitcases.  Yep, it’s more expensive, but on this occasion (ie. my first solo trip) it was worth it.  A few days later when I’d got my bearings and knew the system a little better, catching 2 metros and the Aerobus to the airport with the 2 small suitcases was perfectly fine.

Write phone numbers down in a notebook.  I probably sound like a proper grandma here, but I keep important numbers somewhere other than just your phone!  My Mum, Dad and Saskia’s numbers were all kept safe on paper just in case.

Keep a phone charger handy at all times.  Now I don’t know about you, but anything below 30% battery when I’m away from home stresses me the hell out!  I seriously can’t imagine life before the smartphone.  Sad but true.  It pays to keep your battery topped up and know you’re always contactable.

What I’m long-windedly trying to say is, thanks Monarch for making this gal’s first trip on her lonesome as stress-free as possible.  It’s much appreciated! 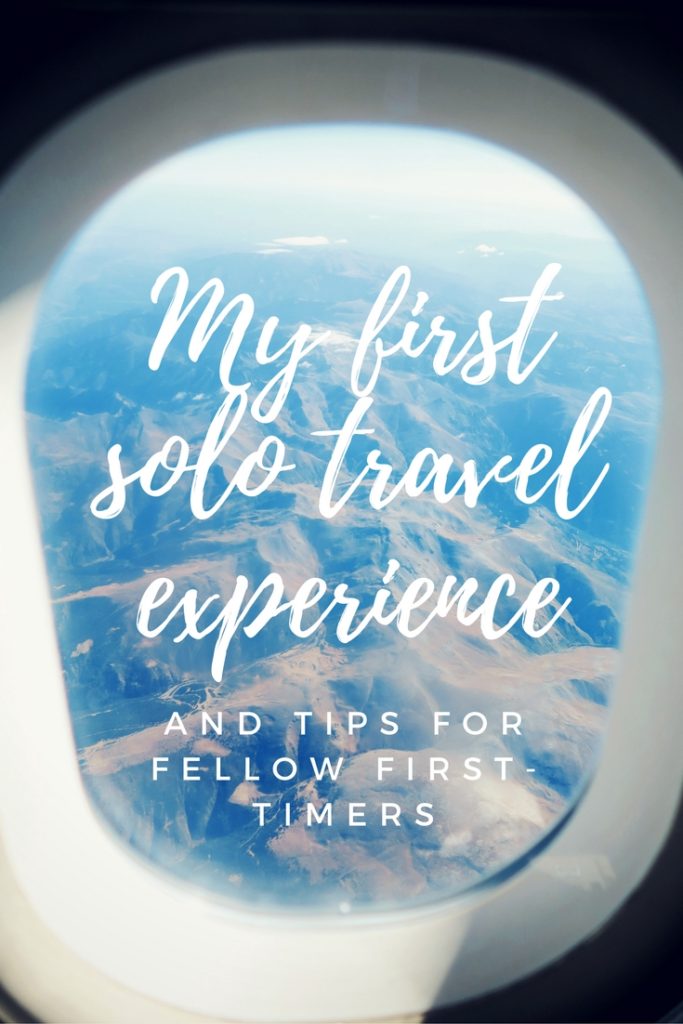 Finished ✨ Seemed only fitting to photograph my