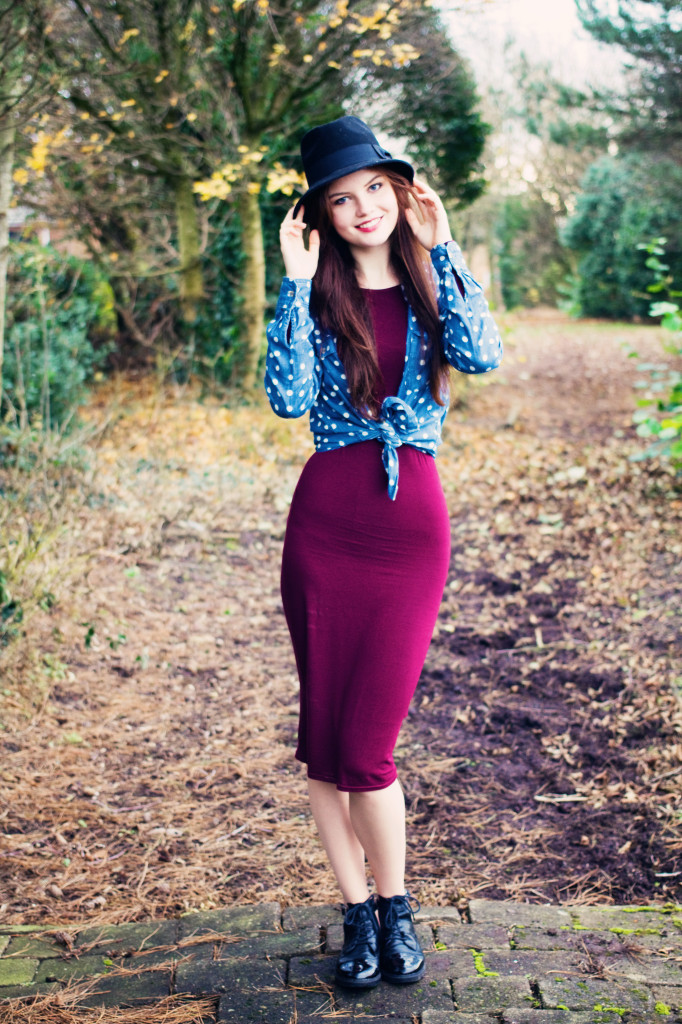 Photo overload, sorry!  Sometimes I do wonder if there’s only so many pictures of one person you can take before you never want to see their face again, but then again if that was the case, then all bloggers would be out of a job by now.  Seeing as we’re programmed to recognise faces, I guess it helps to feel like you know someone if you’re used to seeing their face over and over again: a sense of familiarity without having ever actually met, perhaps.  That’s the selfie justification I’m going with anyway!

Speaking of photos… has anyone else been finding it increasingly difficult to photograph an outfit, when you actually wear it?  Case in point: I wore this little outfit for a coffee catch up on Saturday, but due to the current bane of my life * (aka. approximately 3 minutes daylight per day), the only way my pretty polka dots and burgundy combo would make  it onto the blog was to throw on the exact same thing the very next day for some snaps.  I’d have liked to be able to take complimentary outfit piccies at the same time as photographing my gingerbread latte, but annoyingly lack of daylight wouldn’t allow!

*ok so exams are more likely the bane of my life. Or school in general.  Thank god all my teachers are so lovely to make it less tedious! 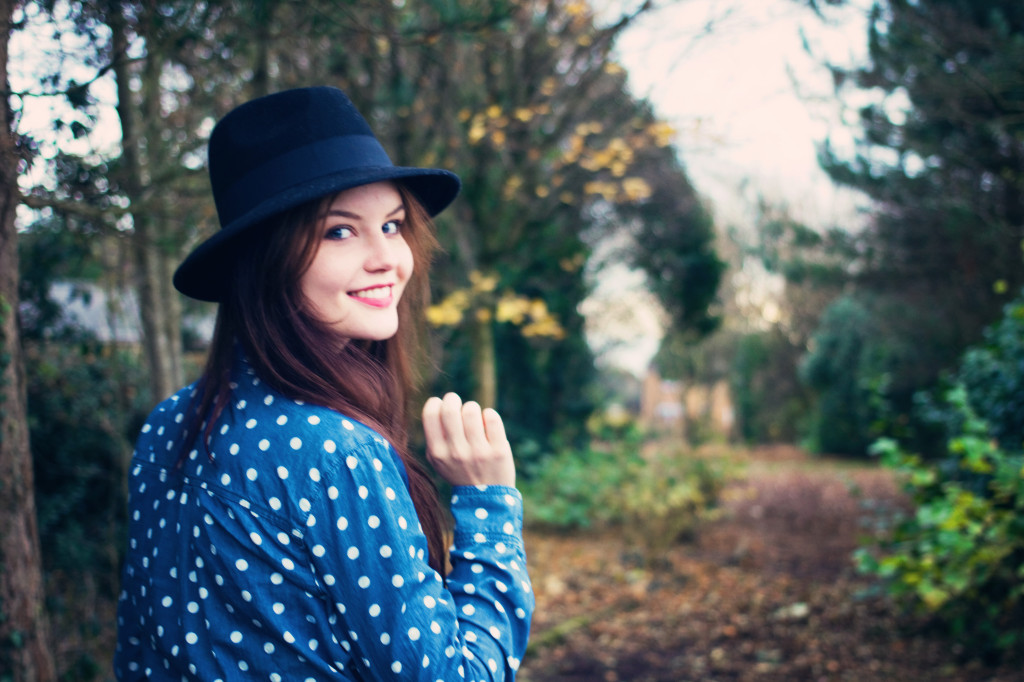 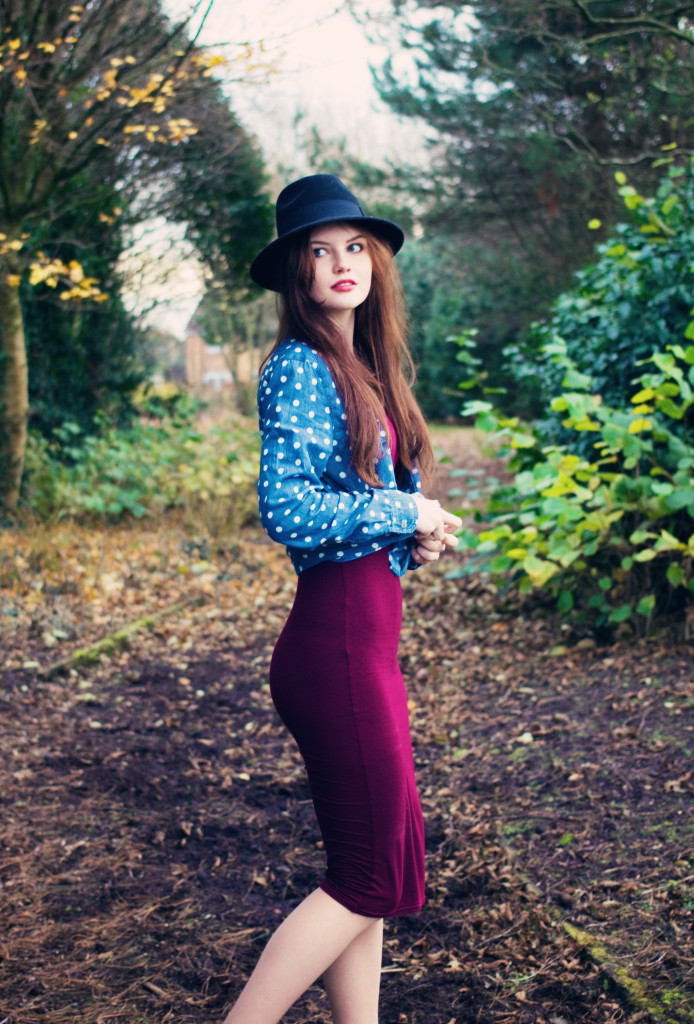 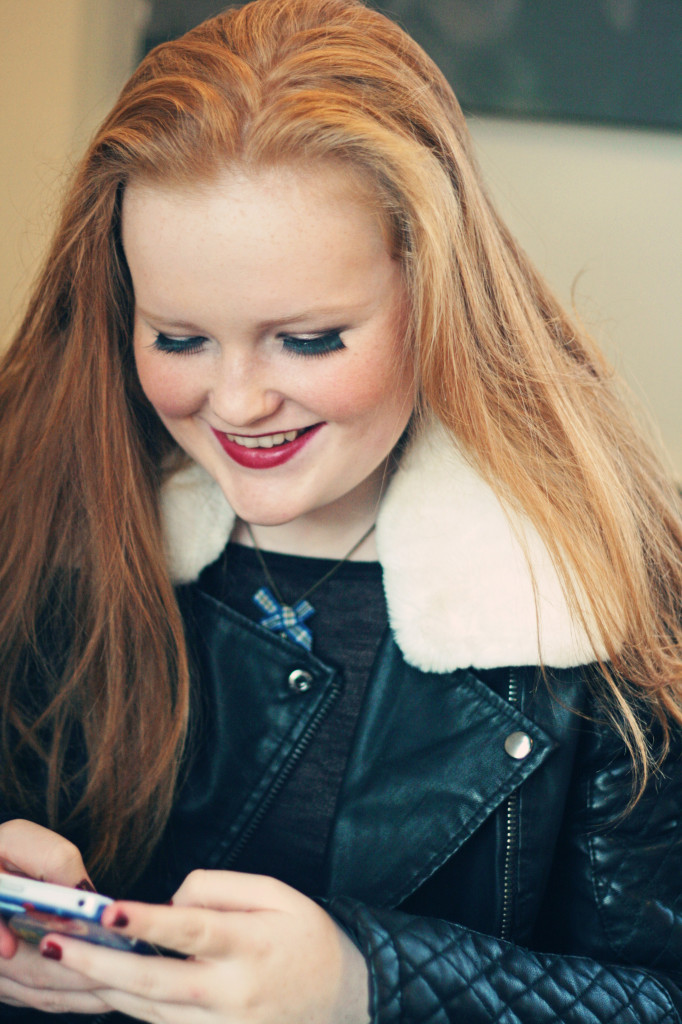 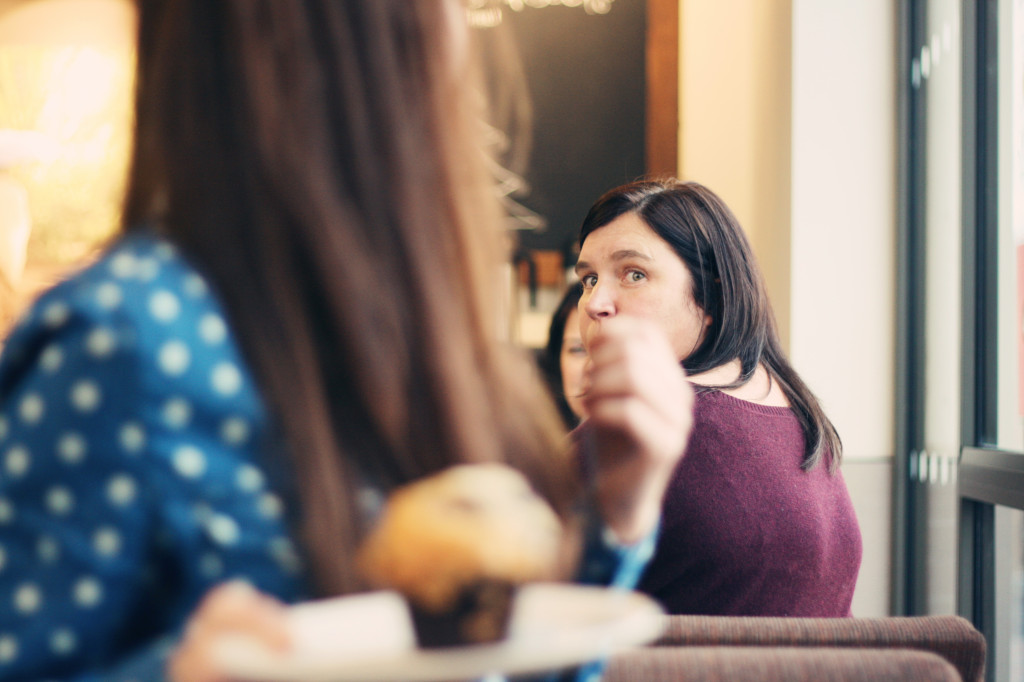 We tagged along with my mum and her friend haha.  I’m a mummy’s girl, we go everywhere together! 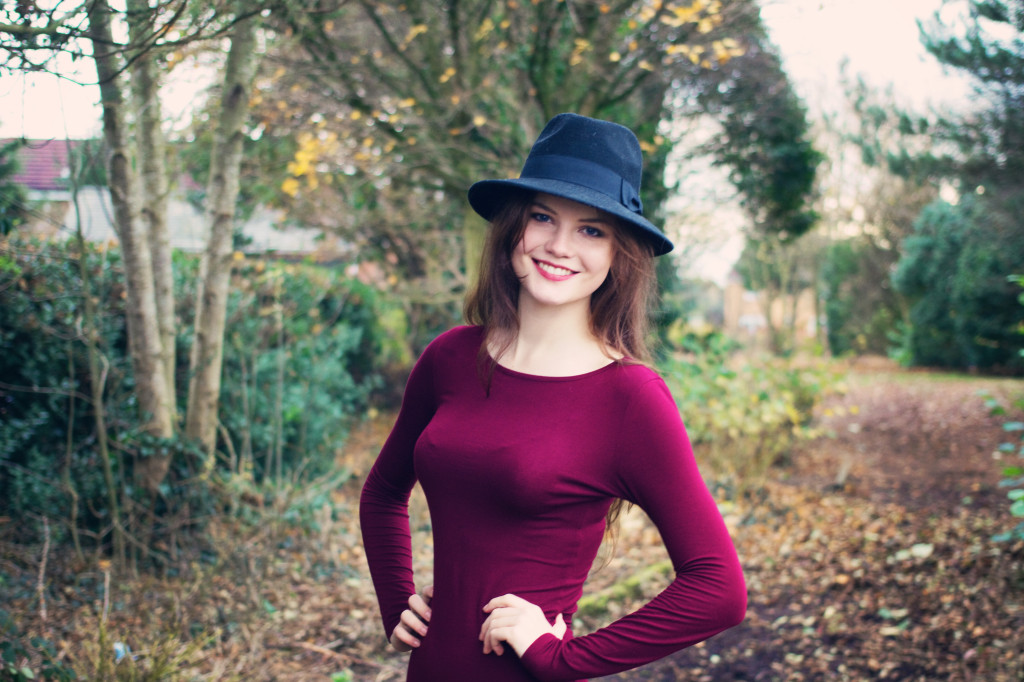 Aren’t I lucky having a boyfriend (as well as a mum) who will take photos for me?  Thank ya Dan, you did a good job 😀  I’ve found that I seem to behave differently in front of the camera depending on who’s behind it: Dan’s approach is the ‘take 457965 photos in quick succession and hope they turn out ok’, so I generally just mess about and spin around!  I’m happy with the result 🙂 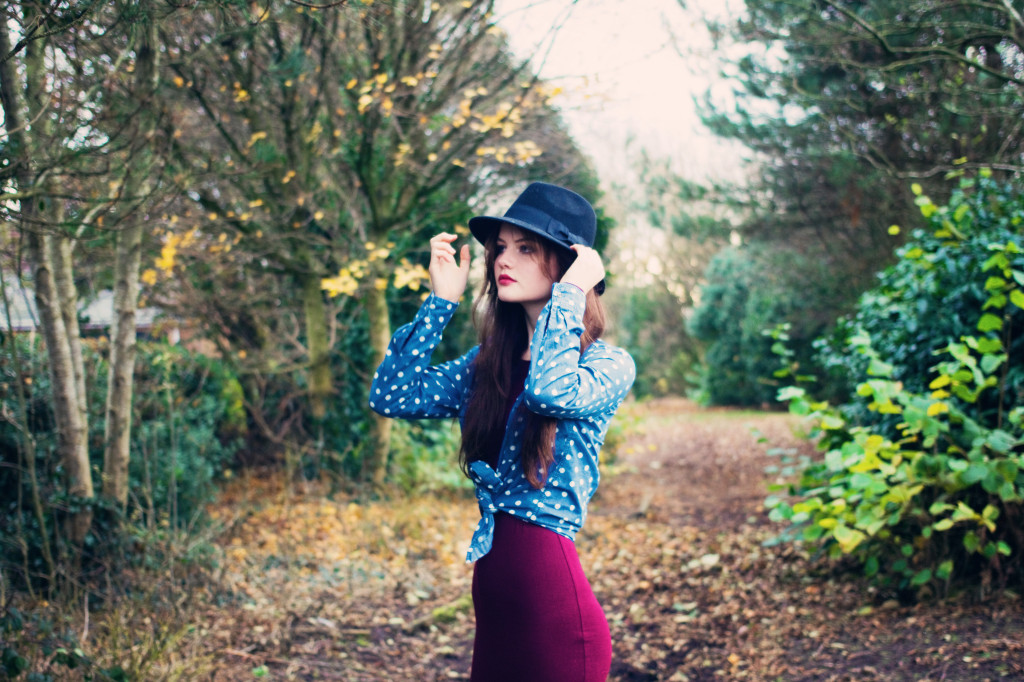 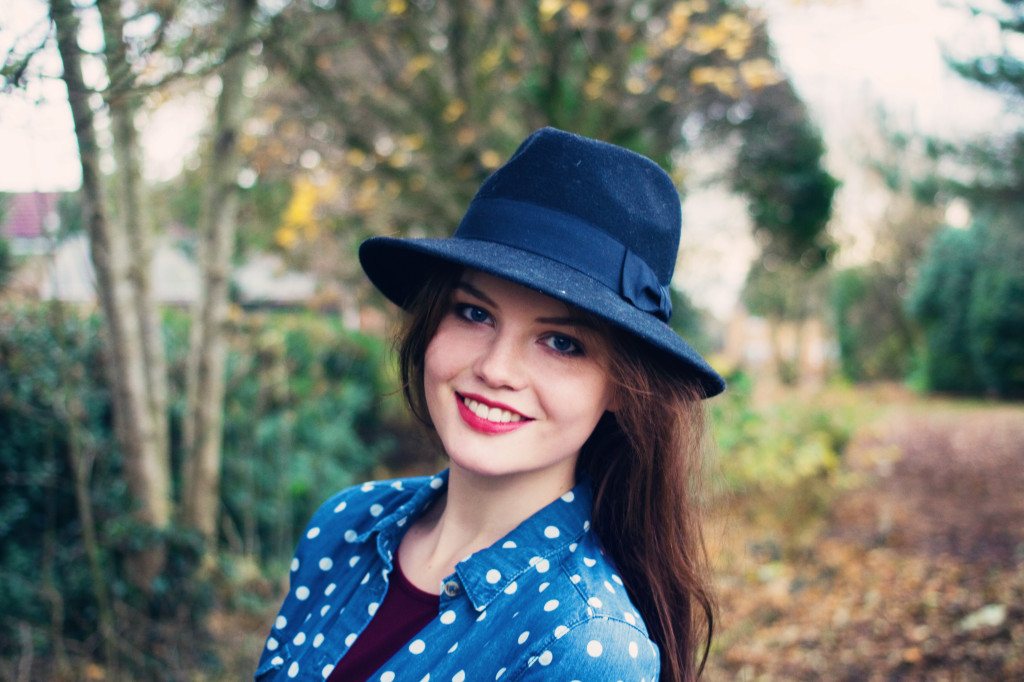 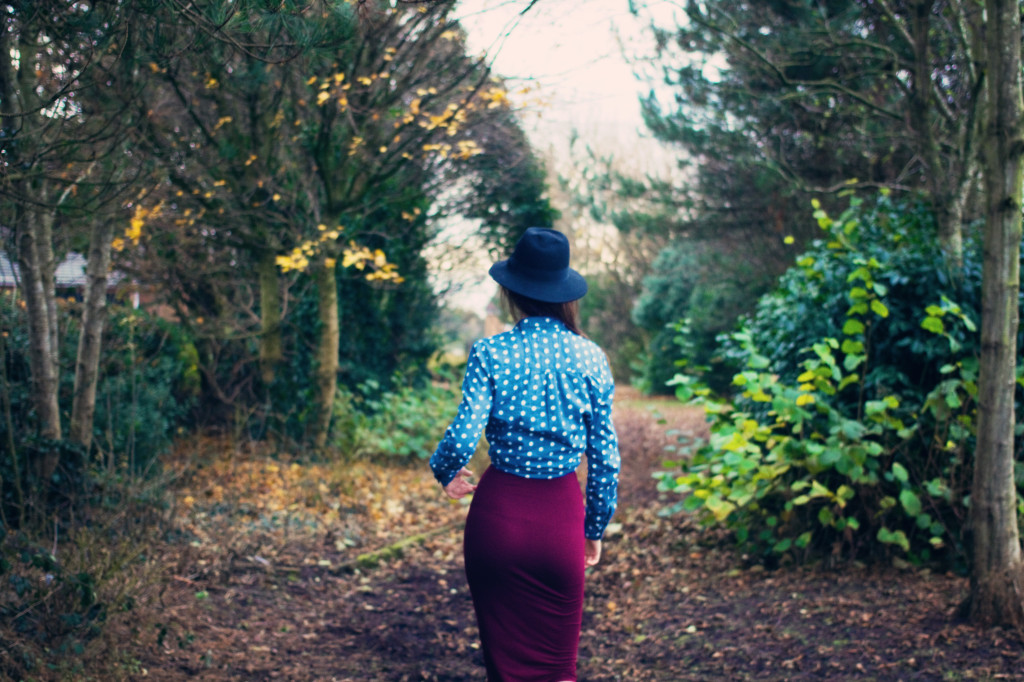 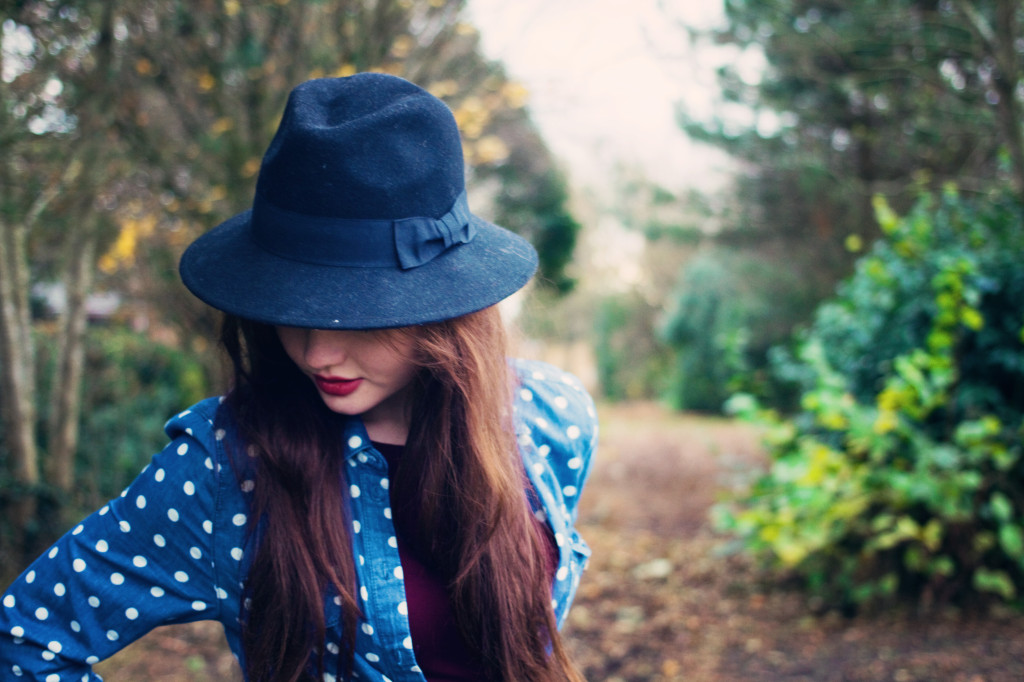 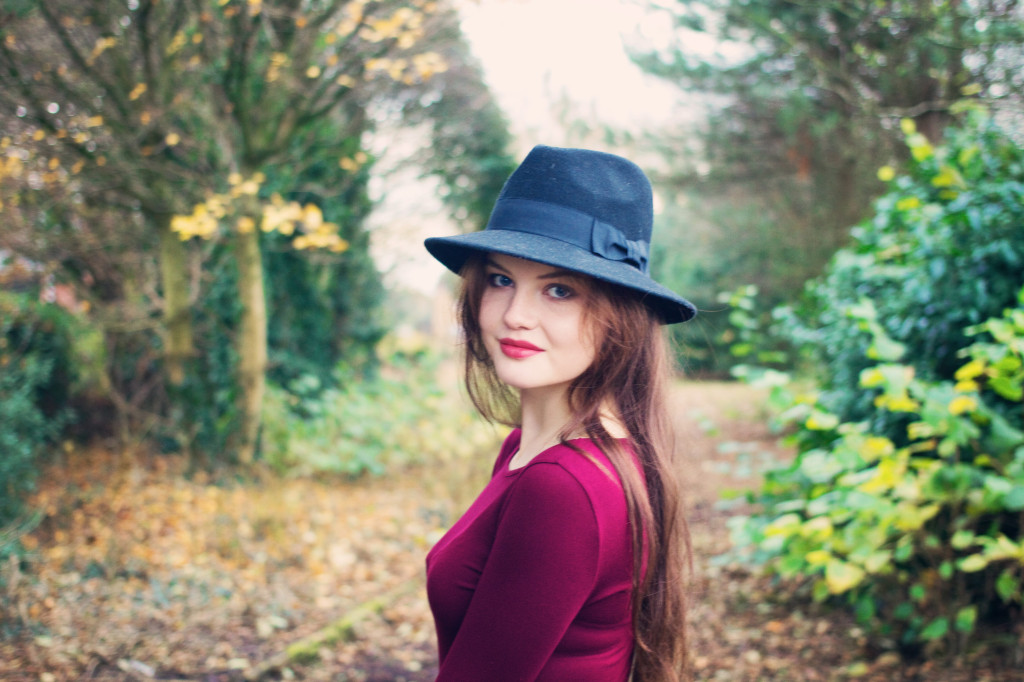 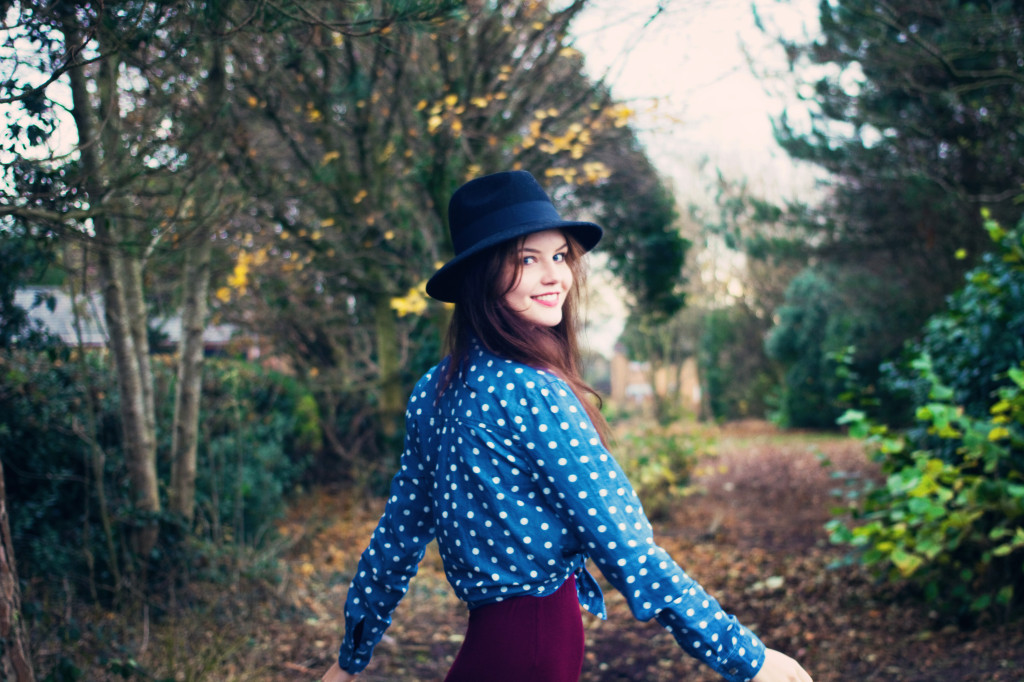 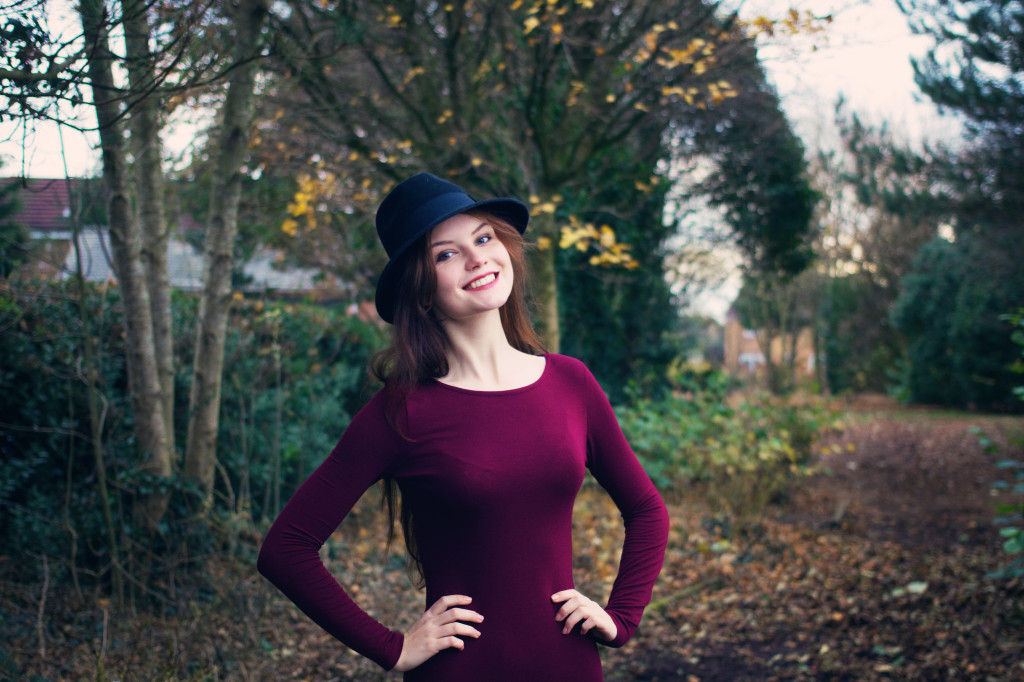 I noticed we were wearing co-ordinating/matching polka dots.  How cute 😉 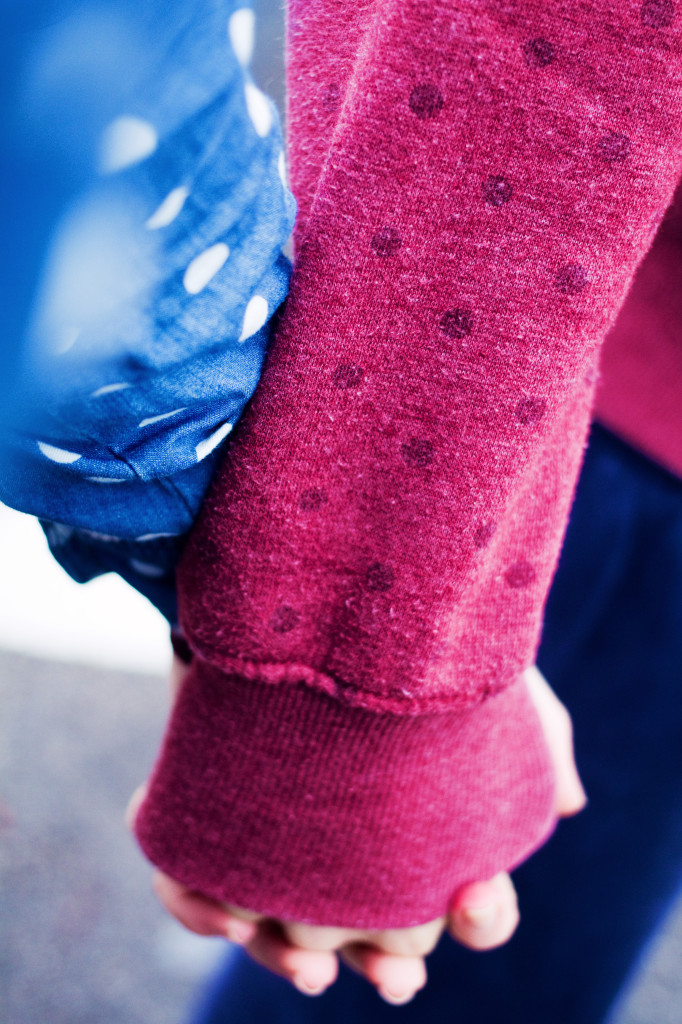 On another note, I had my german oral exam today and received 30/30!  It’s more of a stupid memory test than anything else (don’t get me started ranting about the GCSE system) but an A* is an A* nonetheless, and I’ll settle for that!

Hope Monday’s treated you all well!  There’s a channel 4 program on tonight about Liberty London that I’m looking forward to watching.  I’ll let you know what I think!