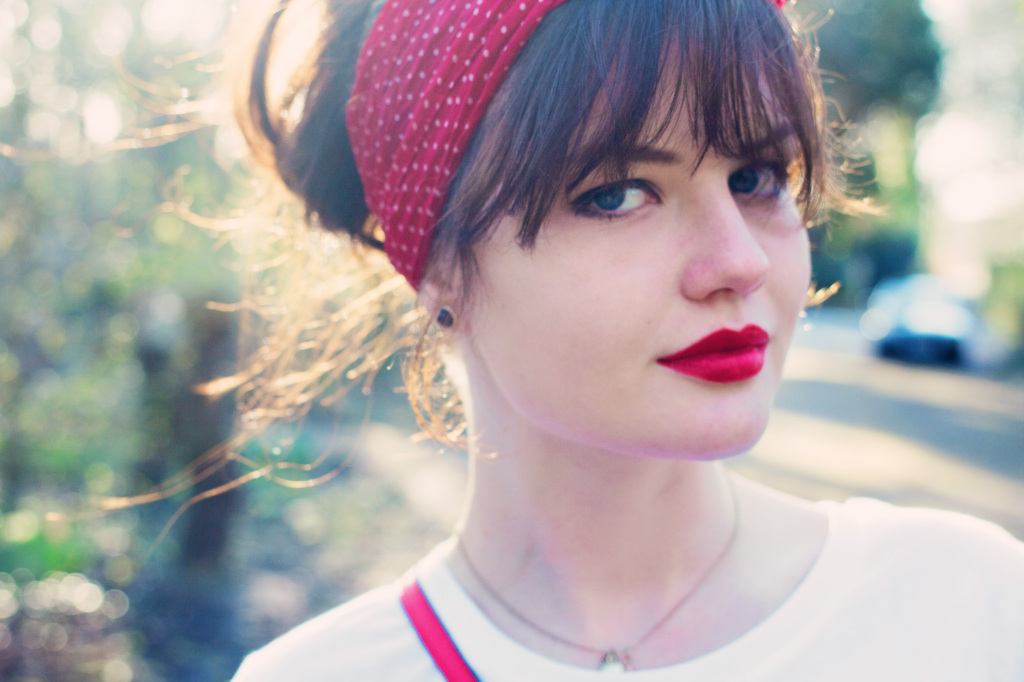 Never have I ever worn a headscarf before, but I’m quite enjoy I trying lots of different styles at the moment!  After faffing around and looking like an extra from Pirates of the Carribean for the first couple of attempts, I think I just about figured how is the best way to wrap and tie. 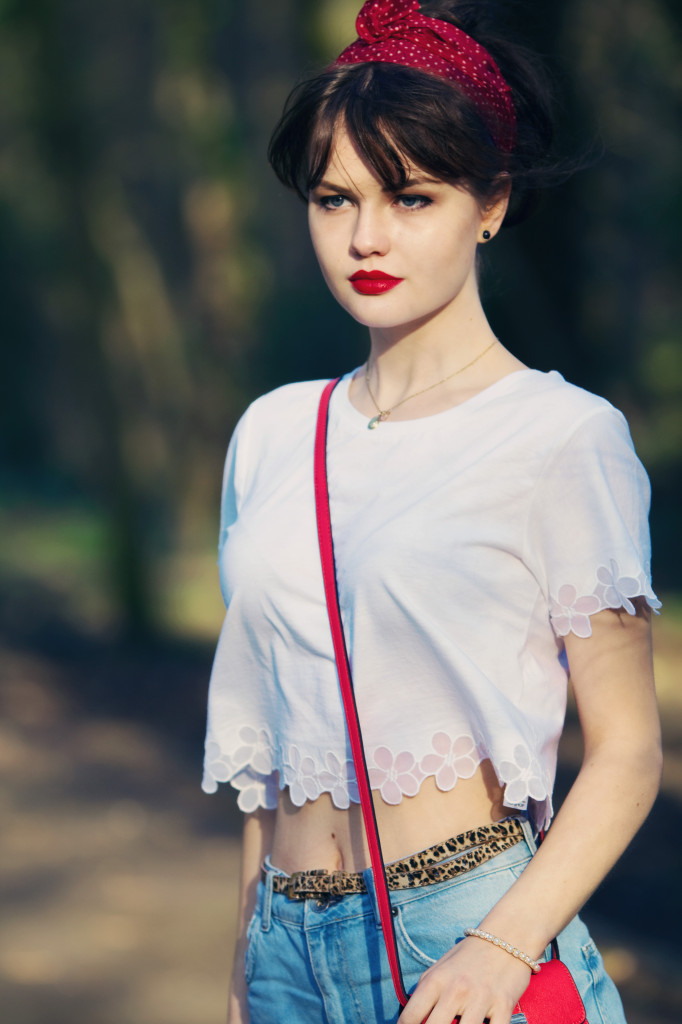 Top and Mom Jeans: Topshop
Shoes: Converse via Next
Bag: Next 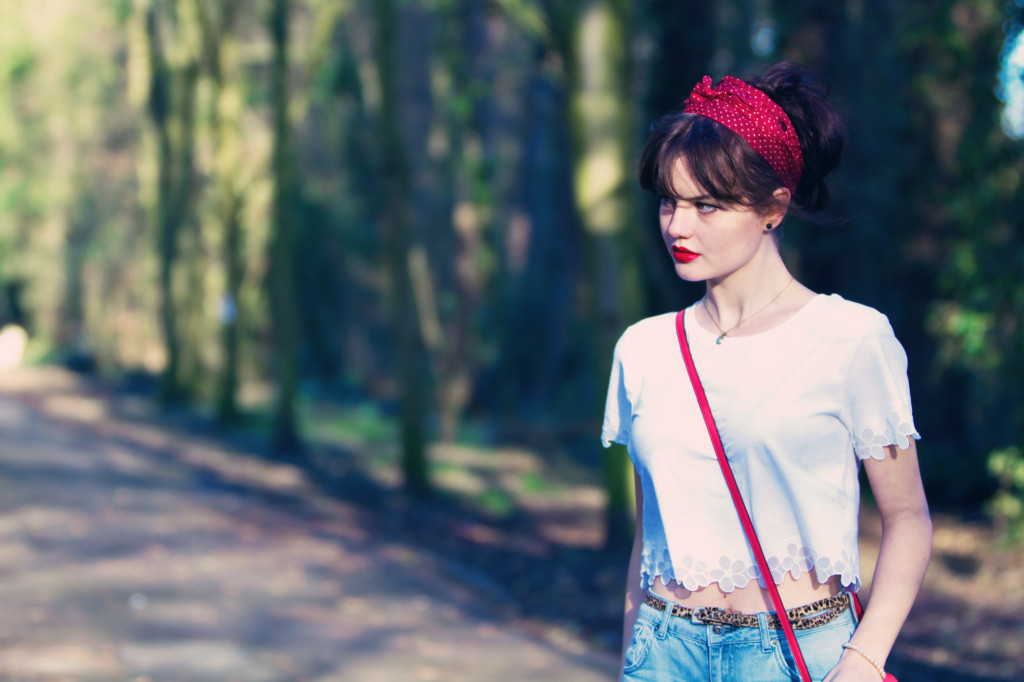 Following my clear out spree a few weeks back I realised that several items in my wardrobe weren’t coming out of hibernation very often, as they needed something fairly simple to be worn with. I’m pretty sure that white t-shirts are the ultimate basic, so it was as lovely surprise on Friday for my mum to have picked up this little cropped tee for me!  Often cropped tops fit more like bralets on my super-long-on-an-already-tall-person torso, however with the cutesy daisy edging, this one let’s only a little flash of belly peek through. I’ve a feeling it’ll be cropping up (apologies for the pun) often over spring and summer. 😉 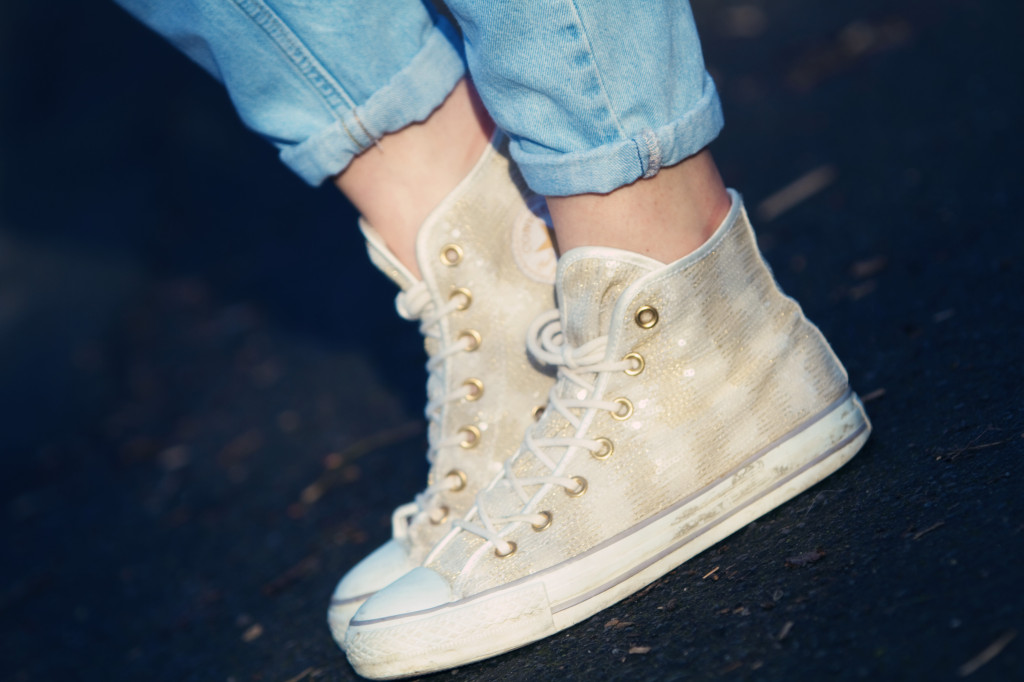 I’ll still be wearing my sequined converse (a £15 bargain from Next in 2011) when I’m 22, I’m fairly sure!  Although I’m fairly sure that my feet have actually shrunk since I was 12, they’re still comfy, and who wouldn’t wear sequined shoes? 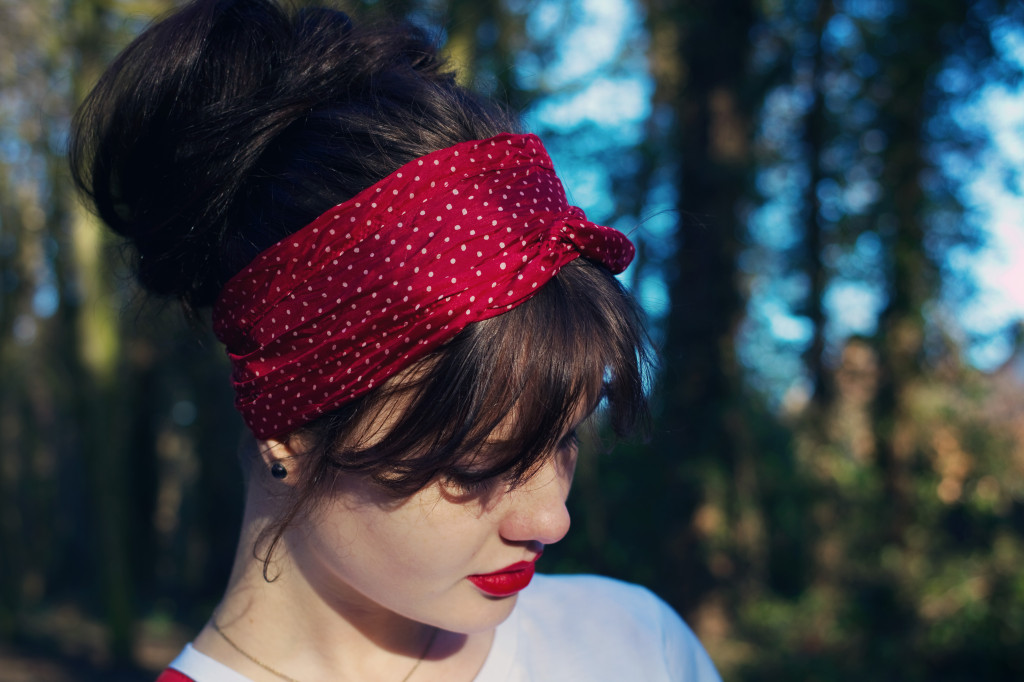 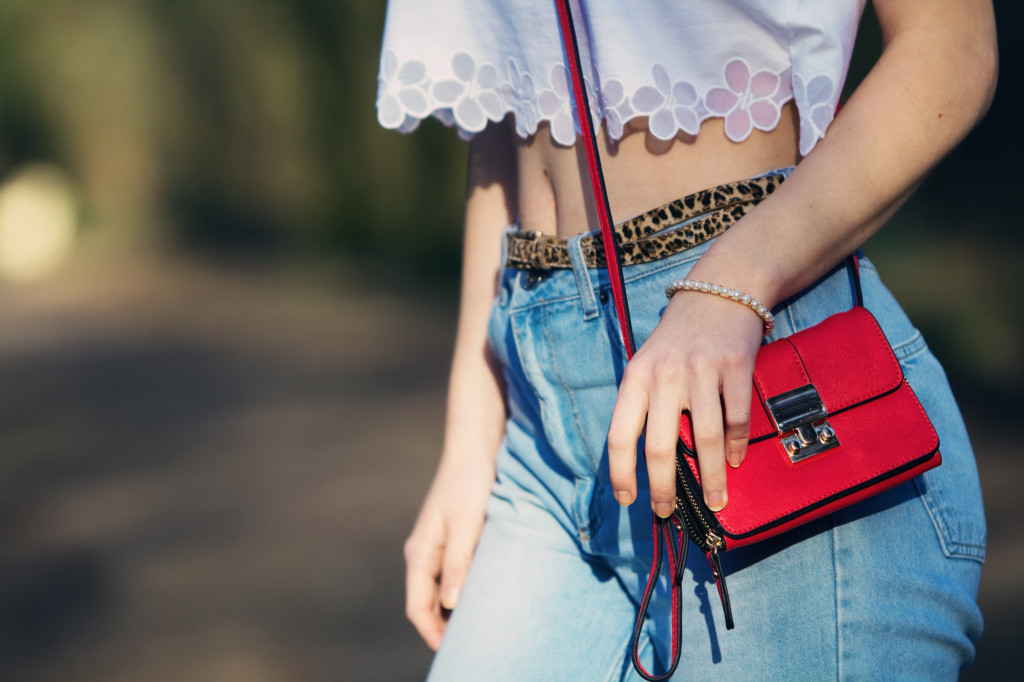 Totally jumping on the mini-bag bandwagon and borrowing my mum’s little purse on a string from Next!  Red, white and blue is one of my all time favourite combinations (patriotic or what?), yet it’s one that doesn’t feel quite right to wear until the sun is at least attempting to show itself.   We had a bright afternoon today so I felt the need to make the most of it! 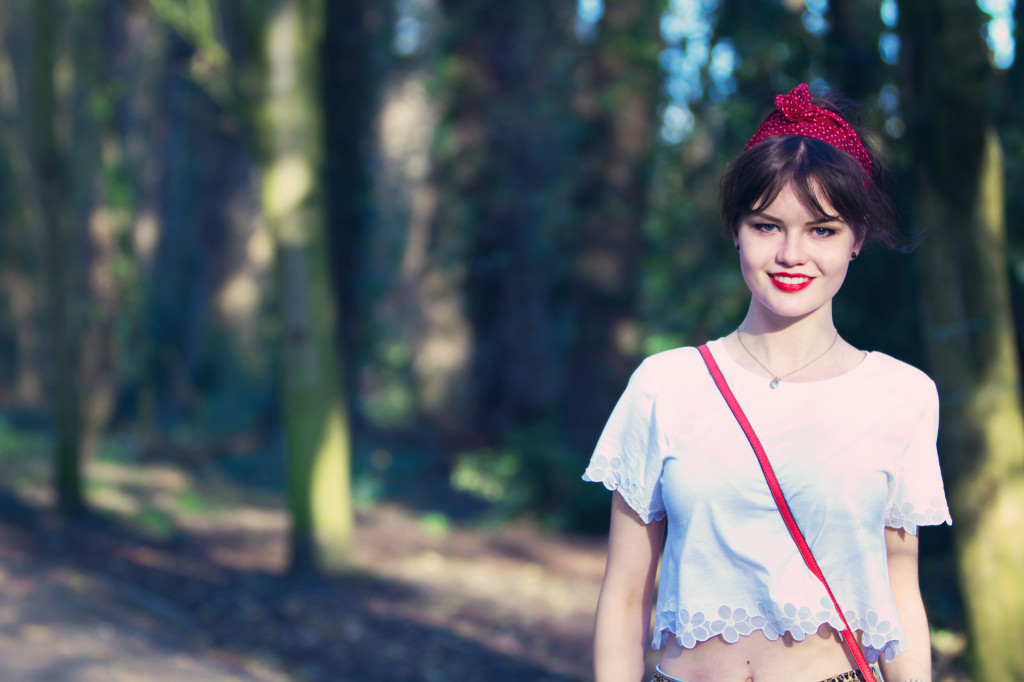 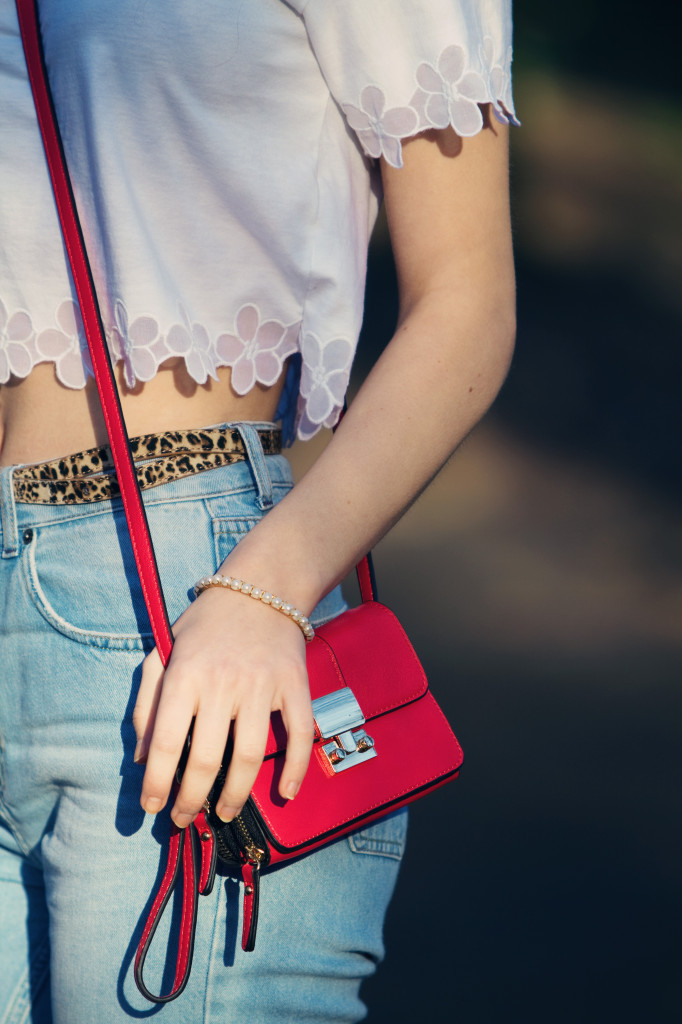 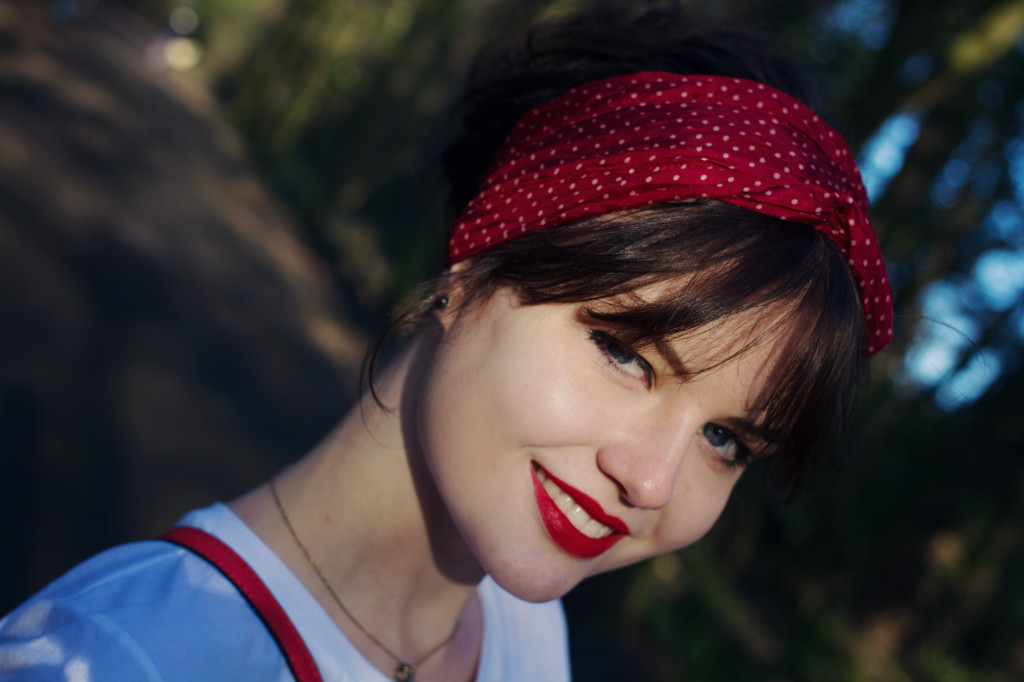 Hope you’ve all had a great week!  The Kodaline concert I went to on Wednesday was amazzinnnggg: we were only a few feet from the stage so definitely felt the buzz.  Unfortunately no more gallivanting is planned for me this week so I shall probably be hitting the books and hopefully chatting with you guys. 😀