relationships | throw caution to the wind or keep your guard up? 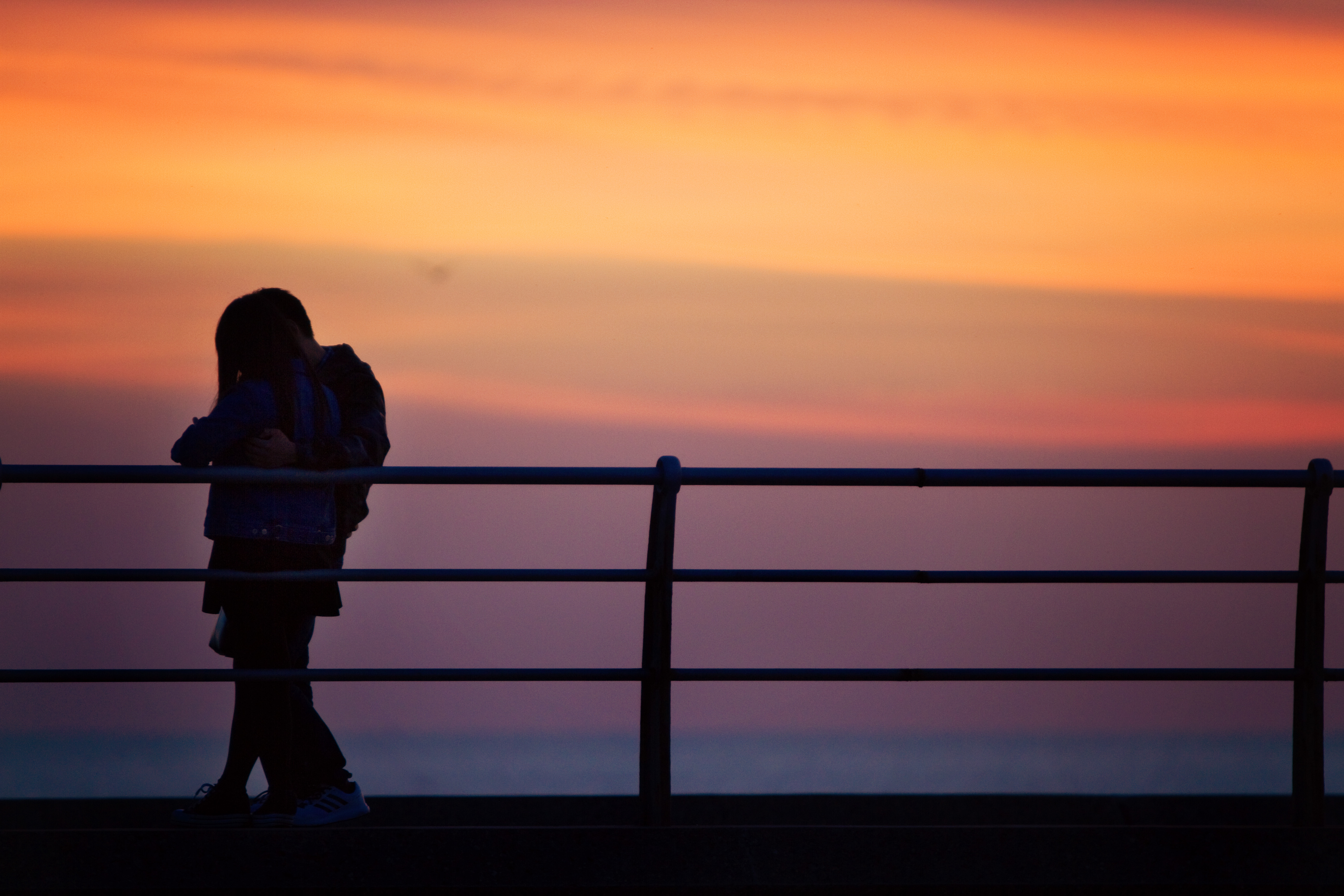 Sometimes I feel like the personal, raw topics are good ones to mull over in blogland.  We all want to get our teeth into something a little more personal than dresses and pretty countryside sometimes, right?  You probably know that I’ve thrashed out relationships posts on here before, and well, I’m gonna do it again.  Musings on 21st century dating/’dating’/shenanigans courtesy of your gal Lily Kate.  Being single means you can say whatever you want without offending anybody or making it personal.  Hurrah.

I’ve rambled enough on previous occasions about how it’s an absolute minefield, but today I thought I’d ponder how much trepidation we should enter said minefield with.  Because y’know, the universe likes to give us conflicting messages about these things.

(Disclaimer: I don’t believe ‘the universe’ sends any such messages) 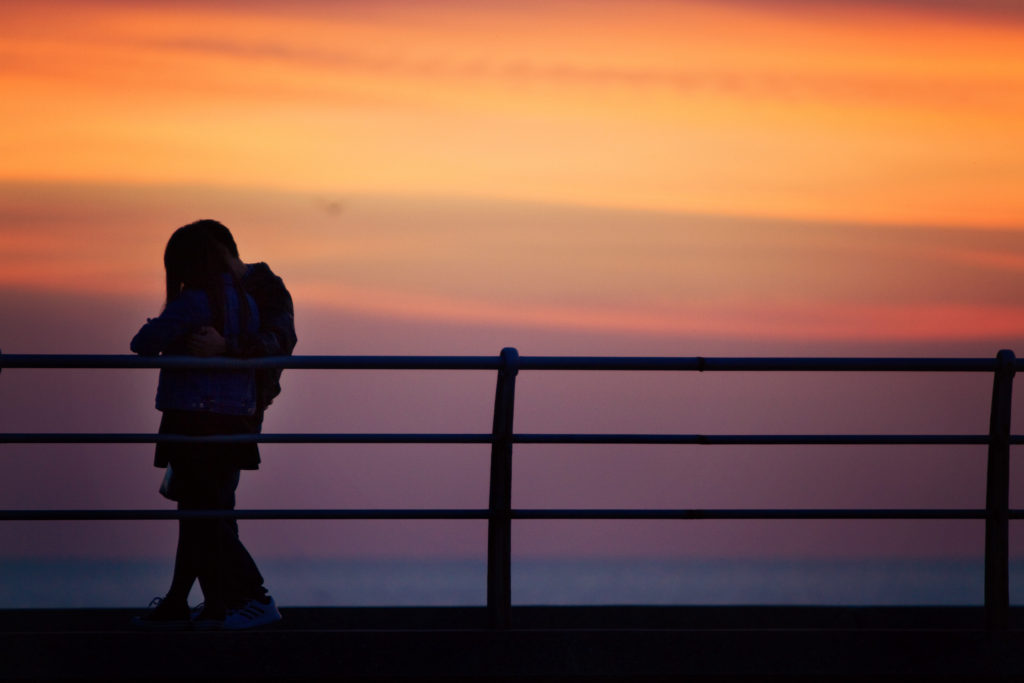 Seriously though, I honestly think you can’t do right for doing wrong.  On the one hand (now begins the part where I sound like I’m writing a history essay), we hear ‘oh you’re young, just have fun’, a bajillion times over, by people who think it’s a crime to want anything other than friends with benefits.  And to be honest, friends with benefits just seems to me like a series of one night stands with the same person, or like a game where you never get beyond square one of the board.  Like snakes and ladders, except you only ever land on snakes.  Pardon the pun.

Friends with benefits is like snakes and ladders, except you only ever land on snakes.  Pardon the pun.

Most of the time what people mean by ‘just have fun’, is ‘just play the field and don’t get feelings’ and don’t worry about the fact that rightly or wrongly, you’re probably getting judged.  We’re supposed to not give one anymore, and completely detach mind from body.  We’re supposed to act like all you could possibly want is a bit of casual action that means nothing whatsoever.  But if the action means nothing whatsoever, then the person must mean nothing whatsoever, right?  I mean… if you don’t like the person enough to enjoy their company in other ways too, then it can’t even be that good, can it?

I’m gonna go out on a limb here and say that I truly believe it’s not the same for girls and guys.  I’m slightly sceptical of girls saying that they actually want to go out and sleep with however many guys as they can in one week.  If you’re happy to do this, then fair play to you for being able to work the system like that – you’re stronger emotionally than I am.  Maybe this sounds anti-feminist,  I don’t know, but sex is a different scenario for men and women.  For us it’s invasive and inward, and for them it’s outward.  (Yes, I’m only talking about heterosexual sex here, don’t think I’m being judgemental and homophobic please – I can only write about what I have experience of and I’m straight, so I’m not gonna make any guesses about others!).

So yeah, I just don’t get the appeal.  And the fact that every second guy out there wants something in the FWB category is reason enough to keep your guard up, if that’s not your style.  What’s the deal with this grey area between one night stands and relationships?  Isn’t it better to be either actual friends or just be open to doing it properly, to minimise the chances of getting hurt?  Nobody knows from day 1 how things are gonna go, but I think it’s kinda important to both be on the same page and have an open mind.  Or agree you definitely both want just the bedroom action, if that floats your boat.  I don’t want this to come across like I think you have to go from friends to full on relationship without an in-between – couldn’t be further from the truth!  I just think it’s best to know from the outset if either of you has categorically ruled it out.

What’s the deal with this grey area between one night stands and relationships?

The ridiculous amount of game playing that goes on these days is bound to make us cautious.  We’ve dropped a load of the ‘dating etiquette’ and gained another lot, starting with the fact that we’re not supposed to call it dating any more.  That would be massively uncool, of course.

The thing is though, we live in a world where not only is the next person available at our fingertips, but where talk spreads equally easily too.  Like it or not, reputations are a thing.  Admittedly to a lesser extent the older you get, but still.  And unfortunately, what makes a guy’s reputation ‘impressive’ is the same as what tarnishes a girl’s.  What I’ve gathered from chatting with male friends is that there are 2 perceived categories of girls – the type they’d consider ‘keepers’, and the type they’d consider a ‘bit of fun’.  Reputations play into that, sadly.  Although I’ve no doubt some girls out there feel the same way about guys too.  If all you’re both after is a bit of fun then by all means go for it, but the thought of in the ‘just a bit of fun’ category is enough to make some of us a little wary, that’s for sure.

Then there’s the flip side, where I’ve seen people diving head first into full on relationships knowing there’s any expiry date looming.  In the words of one of my close friends, it’s like booking yourself a week of crying into Ben & Jerry’s and vodka when it all inevitably ends.  Why knowingly go there if circumstances are guaranteed to get in the way?  There’s the highly romanticised idea ‘love fixes everything’, that if you care about each other enough it will work out regardless, but I’m just not buying it.  If moving out / going to uni / going back home means you’ll barely be able to see each other, what’s the point?

In the words of one of my close friends, it’s like booking yourself a week of crying into Ben & Jerry’s and vodka when it all inevitably ends.

Throwing caution to the wind and getting into a relationship knowing your time together is finite seems equally daft as getting together when one of you wants casual hookups and the other wants something more.  I’m not gonna lie, I’ve fallen into that trap too.  Whilst there’s something almost fairytale-like about the whole whirlwind fling idea, I just don’t see how it can’t end with at least one person getting hurt.  And although I’ve said before that I’d rather wear my heart on my sleeve than metaphorically lock myself away, it’s just stupid when you know for a fact that circumstances are gonna screw you over.  You might disagree with me, but I’ve learnt the hard way that setting things straight from the start is the way to go.

There might be people reading this wondering what I’m on about because I’m only 18, and that’s a whole nother thing that grinds my gears.  Because I’m 18 I should be able to magically detach feelings from physical stuff and ‘just have fun’, right?  I shouldn’t like the idea of having someone to actually enjoy the company of (in many ways) and should just want to ‘enjoy the single life’, supposedly.  But getting attached and hurt, reputations, expiry dates and scheduled breakups – there are a whole number of reasons to actually be pretty damn cautious when society tells you to ‘just have fun’.  I fear I’ve descended into rant mode and that wasn’t my intention, so I’ll wrap it up now!  Tell me – do you keep your guard up or throw caution to the wind, and why?