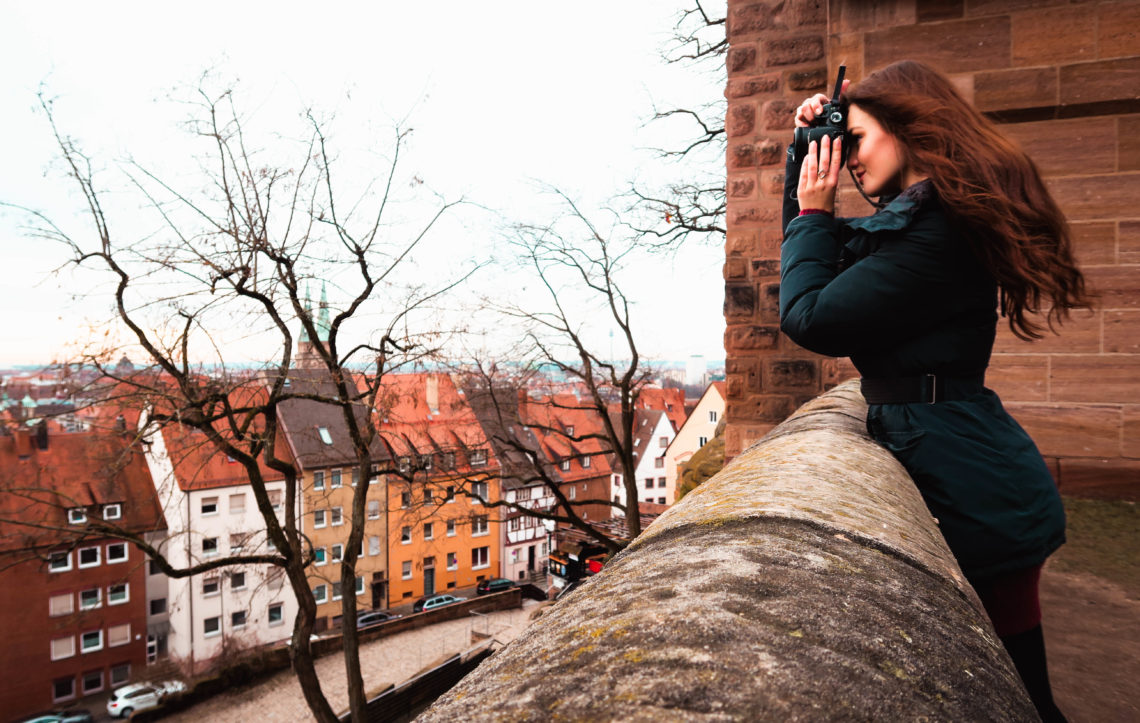 Right now I’ve taken a pew in Costa at Manchester Airport, am looking out onto grey drizzly skies over the runway, and am trying to blitz through a productive couple of hours before my flight later this afternoon.  I’m sipping a coconut vanilla latte, and wearing a baker boy hat and tortoiseshell glasses because a more cliché #millennial you never did find.  Soon enough I’ll be en route to Nuremberg for my 6th trip to Germany (well, providing Ryanair don’t pull a number on me I will be) to replace grey drizzly Manchester skies with (probably grey and drizzly) pastures new.  Nuremberg looks pretty and sounds really interesting, so I can’t wait to pound the pavements of a new city and start exploring, camera in hand.

I’m going it solo on this trip – as I often do – and every time I’m reminded exactly why I love it.  Honestly I think everyone should try going on their jollies alone if they have the chance and are able.  It boosts your confidence, opens your eyes to new experiences, helps your meet new people and so much more.  I mean, I’ve only been out of the UK 5 times solo so I’m hardly the most seasoned traveler (and I haven’t gone it alone outside Europe), but still.  Take my word for it and just GO.  If you spot cheap flights somewhere cool in a sale (*ahem* like most of my trips *ahem*) and none of your pals are available for company, then to hell with it, go anyway!  Going away with friends or family is fun and I love that too, but honestly if there’s one message I want to shout loud and clear, it’s this – don’t let the thought of being alone put you off.  Solo travel is fun in its own way. 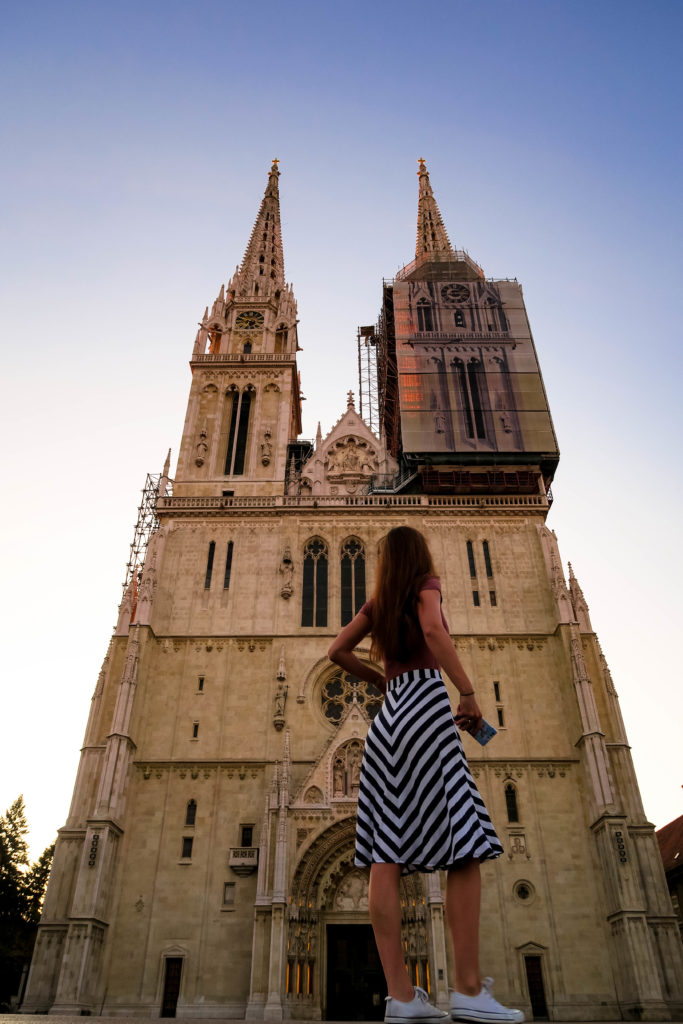 — It doesn’t have to be daunting and involve long periods away from home.  Personally I’ve never felt particularly inclined to do the stereotypical ‘gap yahh’ thing and go find myself in South East Asia for 6 months and come home with dreadlocks and a dodgy tattoo (fair play if that’s your cuppa tea, it does sound fun) but short European breaks are right up my street and far less daunting.

— It pushes you creatively as a blogger.  I’ve been asked many times how I take my photos when I’m alone and I’ve written a whole blog post on shooting travel photos when you’re flying solo before, so I’m gonna point you in that direction if you’d like any tips.  Essentially, it forces you to get a little more inventive. Think of different ways to position your camera or attach it onto things, or participate in ‘photo swapsies’ with strangers lol.

— There are standout moments of being acutely aware of everything around you.  Obviously these are entirely possible when with friends too, but you just notice things even more without the distraction of a pal to chat to.  I remember meandering in the vague direction of the beach and back on my first afternoon in Barcelona, then found myself in Ciutadella park unintentionally and just loved how relaxed and creative the atmosphere felt so I stayed a while and soaked it all up.  On the one sunny morning of a rainy trip to Lisbon I wandered around the Alfama district with literally zero clue where I was going, exploring the nooks and crannies and narrow steps and beautiful colours, knowing that if I got lost I’d just head downhill until I reached the river (worked out OK and I loved not following Google Maps for a change).  In Rome I woke up super early to try to catch the sunrise over the Colosseum – so early in fact that the Sun wouldn’t peek over the walls for another 2 hours so I spent a while meandering around the quiet hazy morning streets before the city woke up.  Those are just a few of the memories that stand out – I’m not one for airy fairy statements but I recall being so ‘aware’ and ‘present’ and it’s just such a cool experience.

— It opens more doors as a travel blogger.  If you limit yourself to only group press trips or those where you’re allowed a +1, well, you’re limiting yourself basically.  Be open to going as a one man band; yes it does make the photography part a little more difficult, but not impossible.  My first solo trip involved a couple of blogging collabs; I’d always fancied giving it a go, but wasn’t sure where to go first as a ‘gentle start’ if you will.  I’d seen all these people sharing their amazing stories and I wanted a piece of the fun basically!  The opportunity to work with an airline came up (pitching to big brands as a smaller blogger does work!    I’ll add my two pence to that debate another day) and obviously I wasn’t going to turn that down.  Decision made for me.  So off 18 year old me went to Barcelona on my own and absolutely bloody loved it.  I’d heard a few horror stories about muggings and pickpockets in Barcelona so was slightly apprehensive, but luckily I had no dodgy experiences.

— It’s easier to get chatting to people.  Striking up a conversation with the gal sipping a coffee on her own next to you seems far less intimidating than approaching a group and asking to join in, right?  Stupid stuff is easy conversation starters, such as weird green burgers and mutual confusion over unfathomable city maps.  I’ve been invited to join a couple for breakfast when sitting on my own, join women going out for dinner and wine, and go on nights out with groups of fellow loners from all over the world.  It’s fun!

— You can wander around without asking whether you fancy turning right or left.  Only when you go it alone do you realise how much time is usually spent discussing, deliberating, and taking it in turns to do things.

— It forces you to trust yourself.  I still have to triple check my bag that I’ve already double checked before leaving the house, and I’ll probably check for my passport once again when I’m on the train, but in general I’m far better at trusting myself with a few solo trips under my belt.  This dipshit used to be forever losing keys (or umm… locking them in the house) and pulling generally stupid moves, but having nobody to rely on forces you to be responsible, (fairly) sensible, and have faith in yourself. 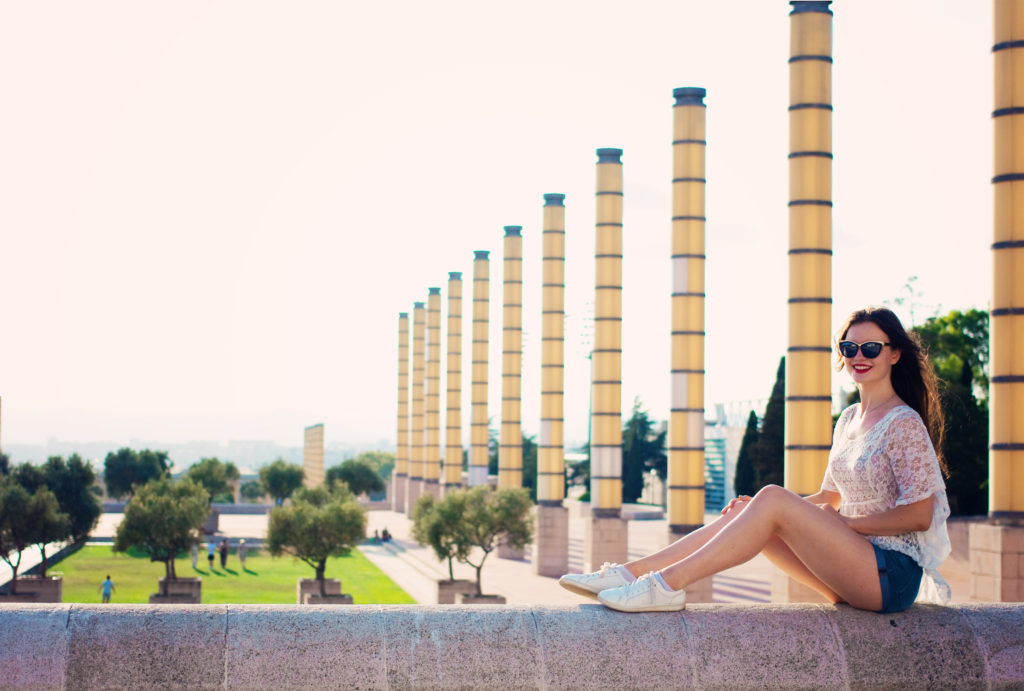 In short, I’m so so so so so glad I embraced solo travel, because now I see flights come up and don’t think twice about going on my own if nobody is available.  So I’m obviously going to end by saying this – even if you’ve never considered it before, DO IT.  Is much fun.  And let me know how you get on!

Oh one downside… needing a wee at the airport and not being able to leave your seat in case someone pinches the good spot with the plug socket whilst you’re gone.  That isn’t so fun.