the handwritten word | will handwriting lose out to the App? 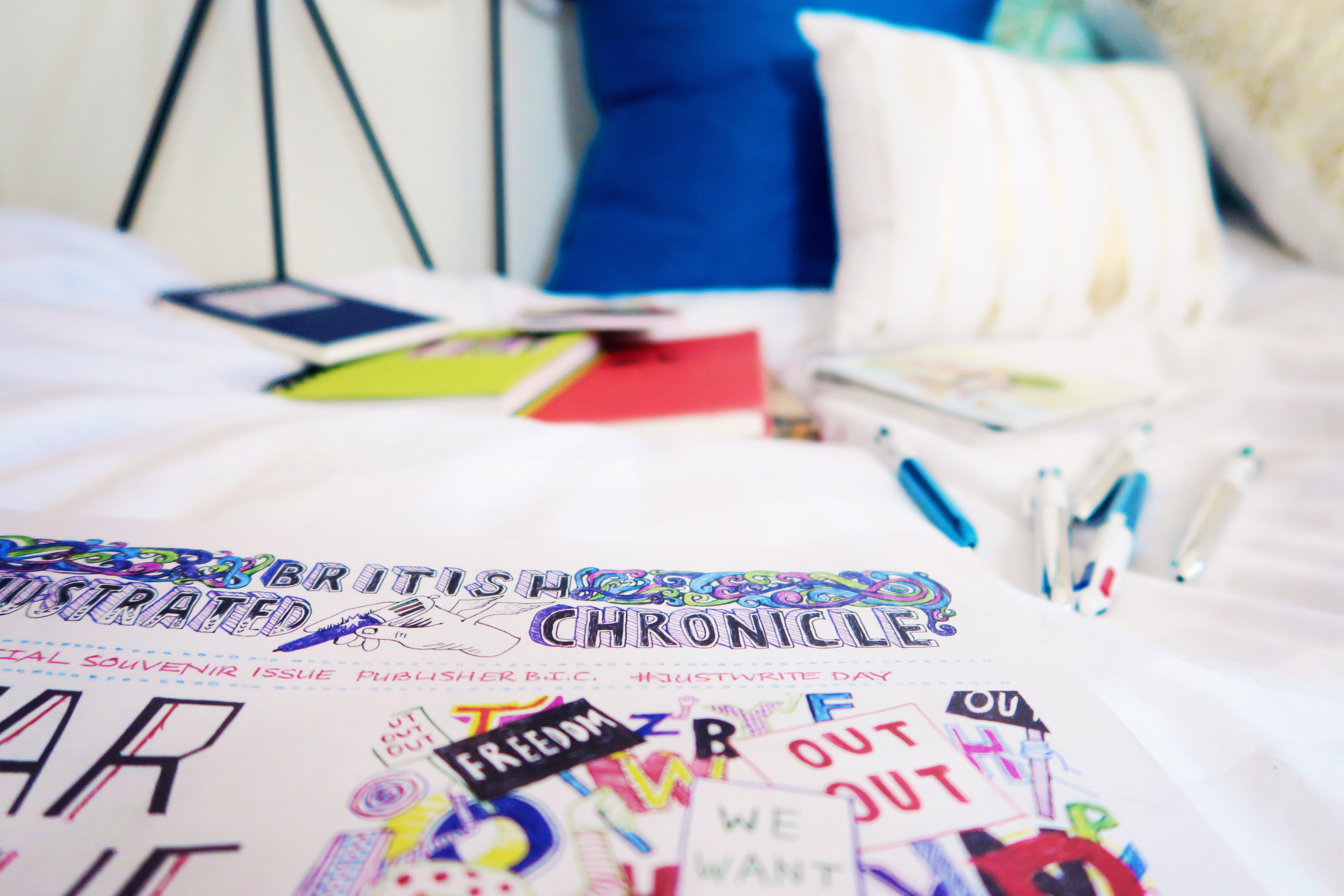 If I had a penny for each notebook I’ve owned in my 18 years… well I’d have enough for a frappe or something.  Award for the worst analogy ever, please?

My point: I’ve owned a hell of a lot of notebooks.  And diaries.  And journals.  Whatever you want to call them – I’ve written a good number of words.  I’ve drawn a good number of pictures too.  Mostly of horses, and farmyard animals wearing clothes.  Was quite the Beatrix Potter fanatic in my younger days.  Every now and then I’ve unearthed one of these old notebooks and had a good giggle at how angsty I was about year 4 English lessons, or how much detail I put into planning theoretical Strictly Come Dancing dresses.  Being a strange child has its perks, in the form of amusement 10 years down the line.  Kids are seriously so creative and inspiring (and weird, in my case).  Somehow I just don’t think it’d be the same to look back on all digital memories.  Gotta love a flick through the old family photo albums when you’re at your nan’s.  Kinda sad that we don’t bother printing them out as much any more! 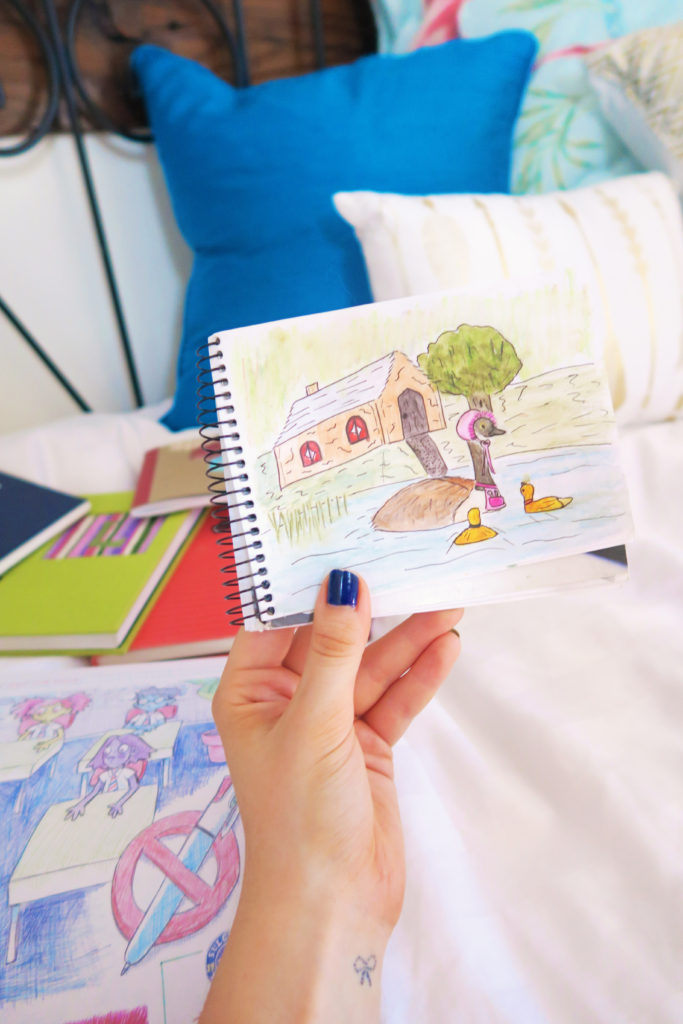 I’ll be the first to admit to spending way too much time behind a screen and I’m addicted to my phone.  Can any of us honestly say we’re not?  Butttt, no matter how much time I might spend scrolling, there are certain things I just can’t use an app for and will take pen and paper any day.  Shopping lists, for example.  My dad does it all on an app.  I’m not a fan.  And to do lists?  Well, they aren’t nearly as satisfying if you can’t draw a nice big tick after each item.  I barely use my calendar app, either.  Something much more satisfying about seeing your month ahead physically in front of you.  Long live the monthly planner.  Maybe I’m just a bit old-fashioned, or maybe it’s precisely because I spend so much time online that I like putting pen to paper.  Granted, I don’t write as many words now I’ve left college and am not scribbling history essays, but still, I like the notion.  And notebooks are cute.  A girl can literally never have too many notebooks, that’s for sure. 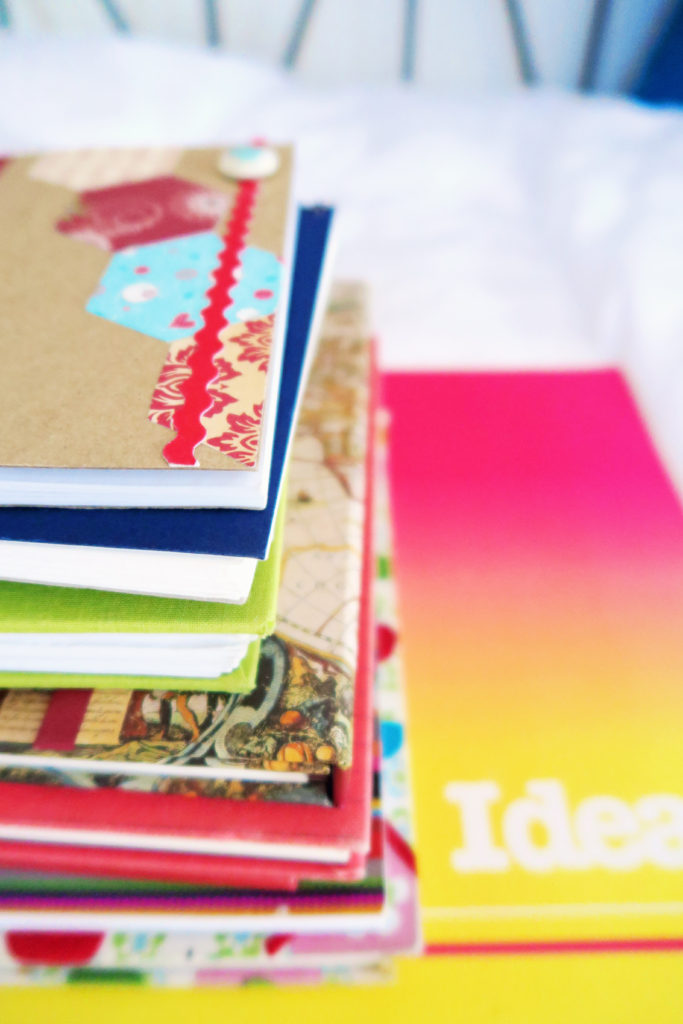 How weird is it to think that the way the world’s going, we might barely use pen and paper at all in a matter of years?  I remember how big a deal it was to get your pen license (lol) in primary school and I’m sure kids today are exactly the same, so it’d be such a shame for that novelty to disappear.  Maybe we’ll have forgotten how to hold a pen.  What the actual heck.  Obviously this would have its environmental perks, but a digitally addicted population has its downsides too.  And I’m a blogger saying that.  For shopping lists, calendars and the like, I can see why an app makes sense, but what about all the other handwritten words with a little more meaning behind them?

BIC are encouraging people to imagine a world without handwritten words, and when you think about it, the downsides would be far more sad than you’d think.  Birthday cards, notes on bouquets of flowers, signatures – nope.  Pretty sad that.  I don’t know about you, but the thought of giving a printed birthday card just seems wrong.  I mean, it’s not like my handwriting’s a calligraphy masterpiece or anything, but something about it seems far more personal! 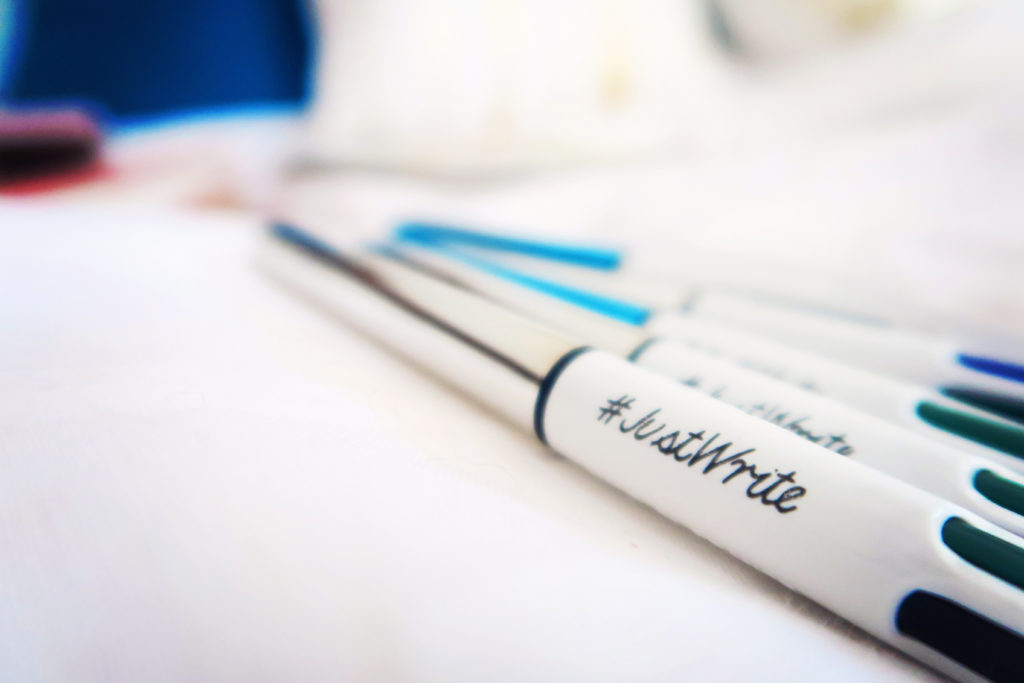 For those less addicted to pretty notebooks than me, I can see why it’s easy to completely slip out of the habit of writing by hand.  I highly doubt my brother will continue hand writing once he’s done with college, that’s for sure.  And my dad?  Doubt he’d be able to remember the last time he handwrote more than a few words.  It’s not technically necessary in many cases, so we don’t bother.  Each to their own.  In order to raise awareness of just how important picking up a pen and writing is, BIC are releasing the British Illustrated Chronicle (the B.I.C. for short, what a coincidence) – a 100% handwritten newspaper for young people- on #JustWrite day today.  Sooo cute, I love it.  It’s totally lighthearted and full of hand-drawn illustrations, with an overall message of imagining a world without handwritten words.  Fun novelty newspaper, if you ask me.  It’s being distributed around Brighton but is available online here, and I have a bunch of copies to give away too.  If you’re anything like me and would be lost for words (pardon the pun) at the thought of a world without handwritten to-do lists, then you might want to pop over to the competition to win £500 or £250 too.  Just sayin’. 😉 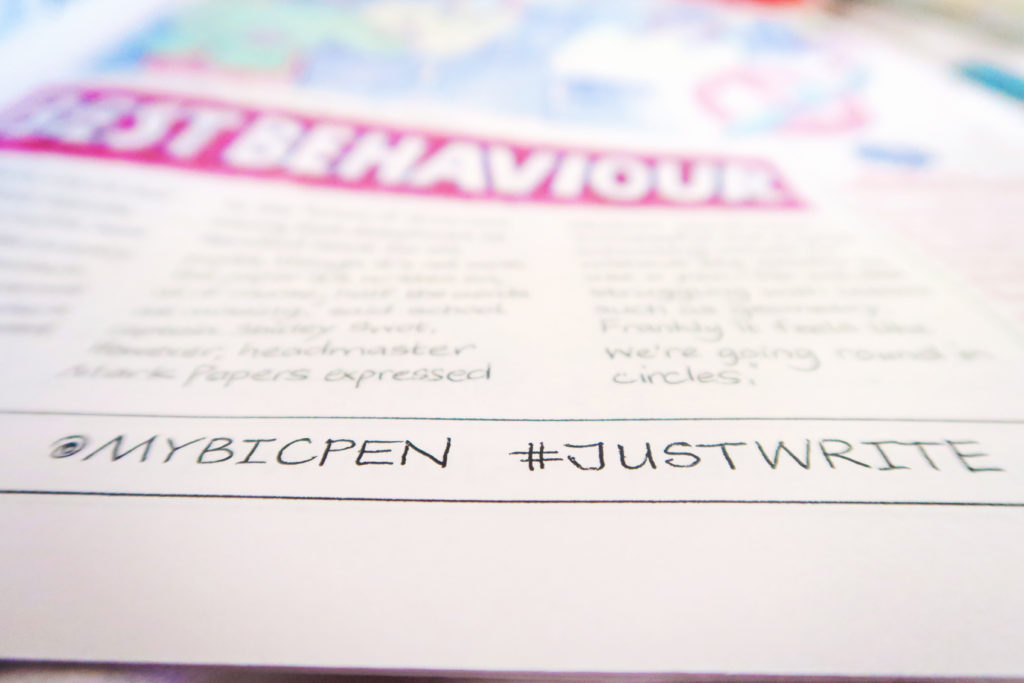 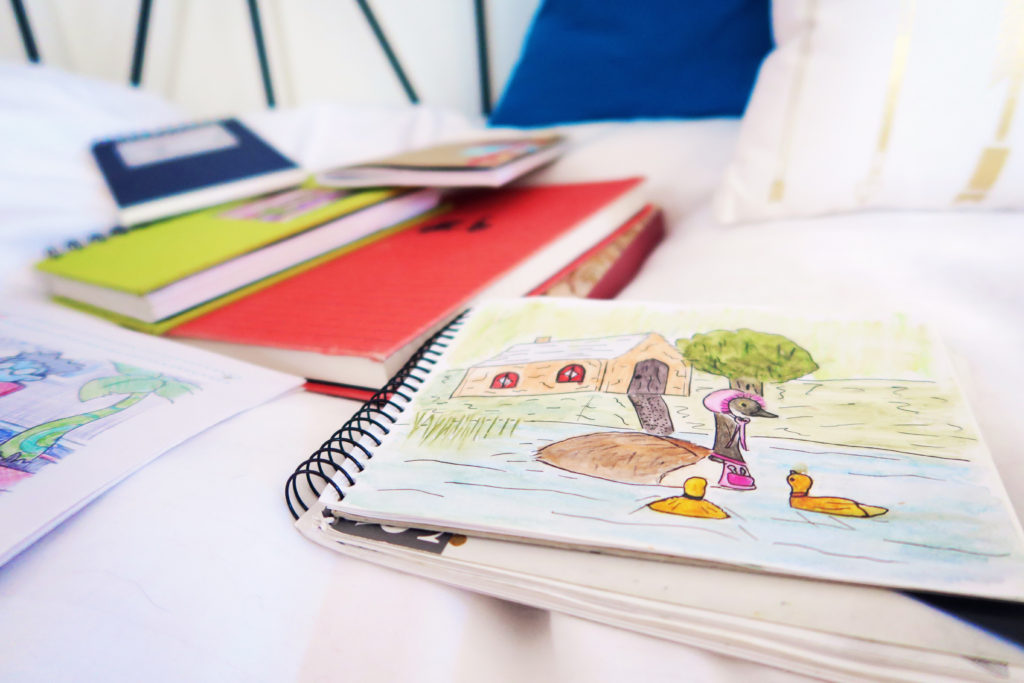 I have several copies of the limited edition B.I.C to give away, so if you’d like one, give me a shout!

[This post is sponsored by BIC, but all words and opinions are my own.  Find out more information about #JustWrite day at twitter.com/MyBICpen]