Long time no speak!  I’ve been busy bee-ing around London this week meeting lots of people and taking lots of photos along the way.  My reason for being there was to meet engineers and make vlogs for Tomorrow’s Engineers Week btw, just to make sense of it all.  I’ll start writing proper posts with proper (non-iPhone) photos again soon, promise! 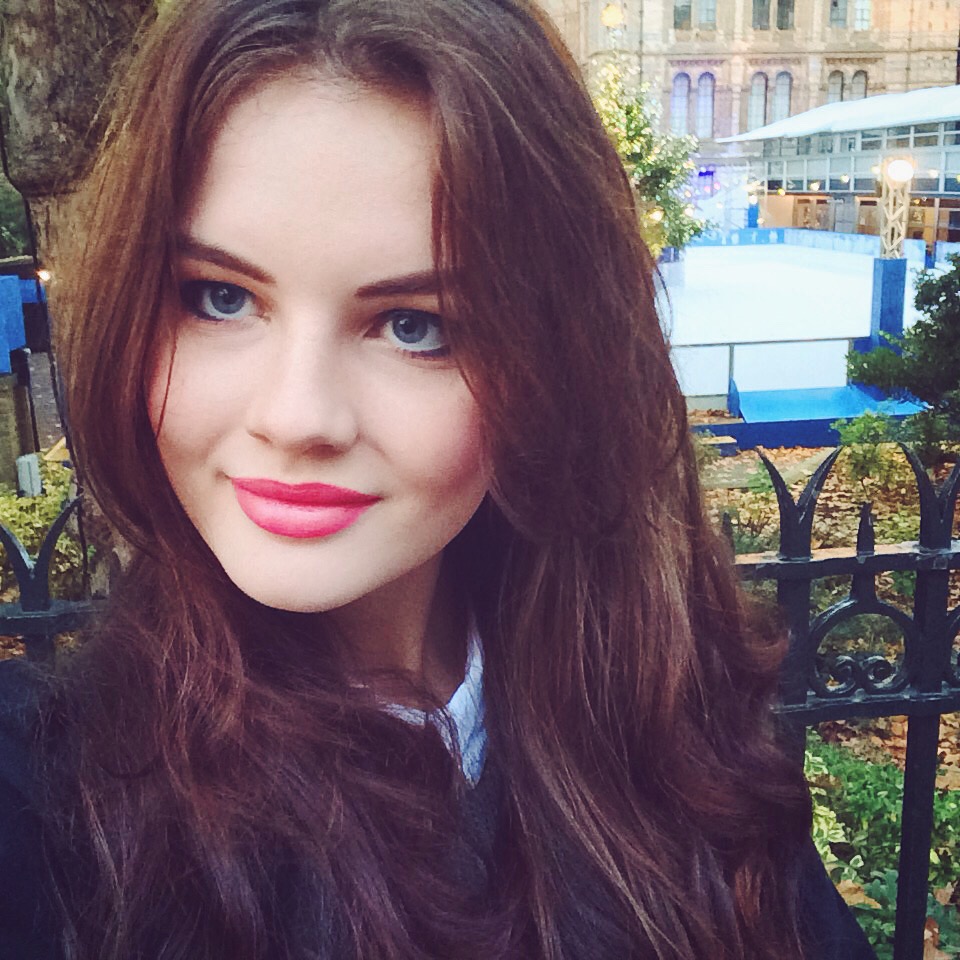 I’ve decided early morning London is my favourite kind of London.  (Except when it’s pouring down, that is).  Empty ish streets are good for wandering whilst waiting though.  My plan of ‘arrive everywhere an hour early just to be safe’ worked a treat!  There are worse places to have time to kill than Kensington.  That’s the ice rink by the Natural History museum looking all twinkly in the background there. 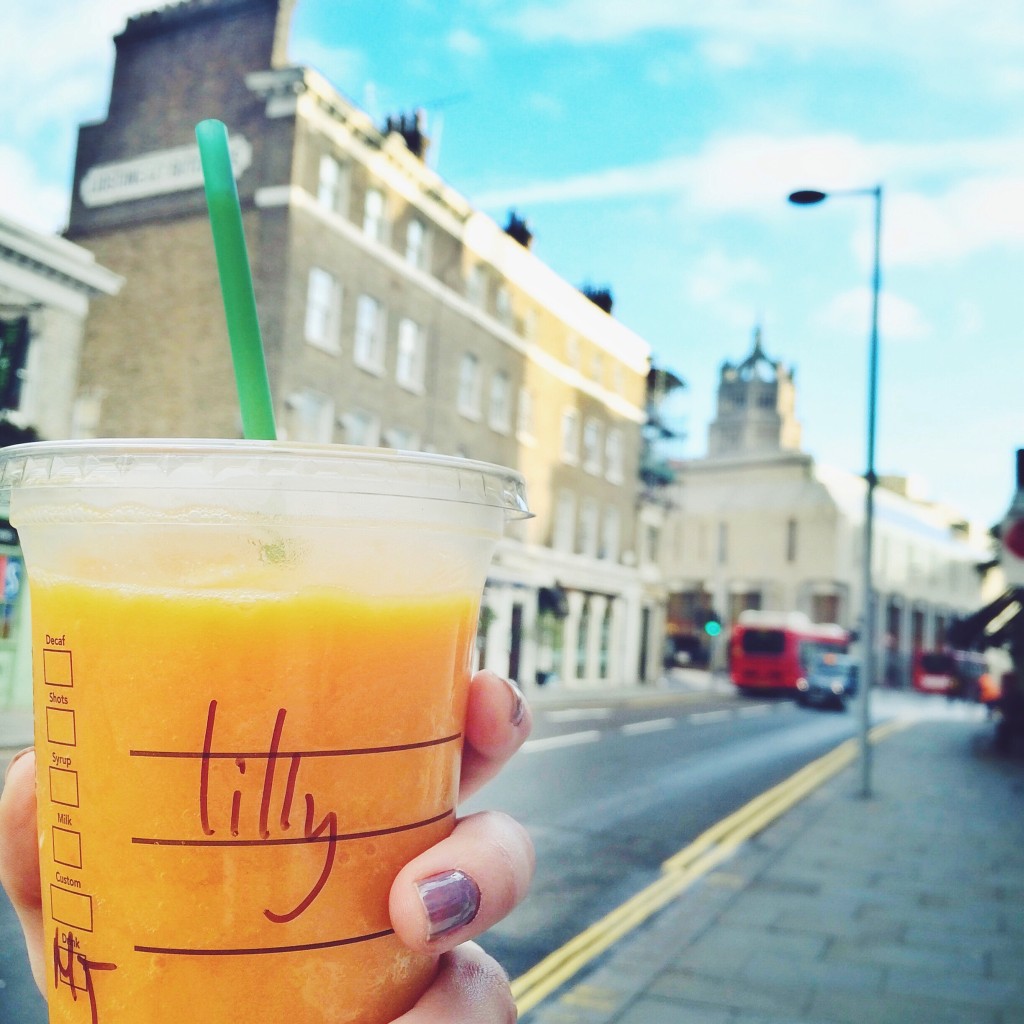 I wished with all my might that the V&A would open a cheeky 3 hours early just for me (it didn’t), found a Starbucks to quench my thirst, realised NOBODY ON THIS PLANET CAN SPELL MY NAME RIGHT, then headed over to the science museum for our early morning access. 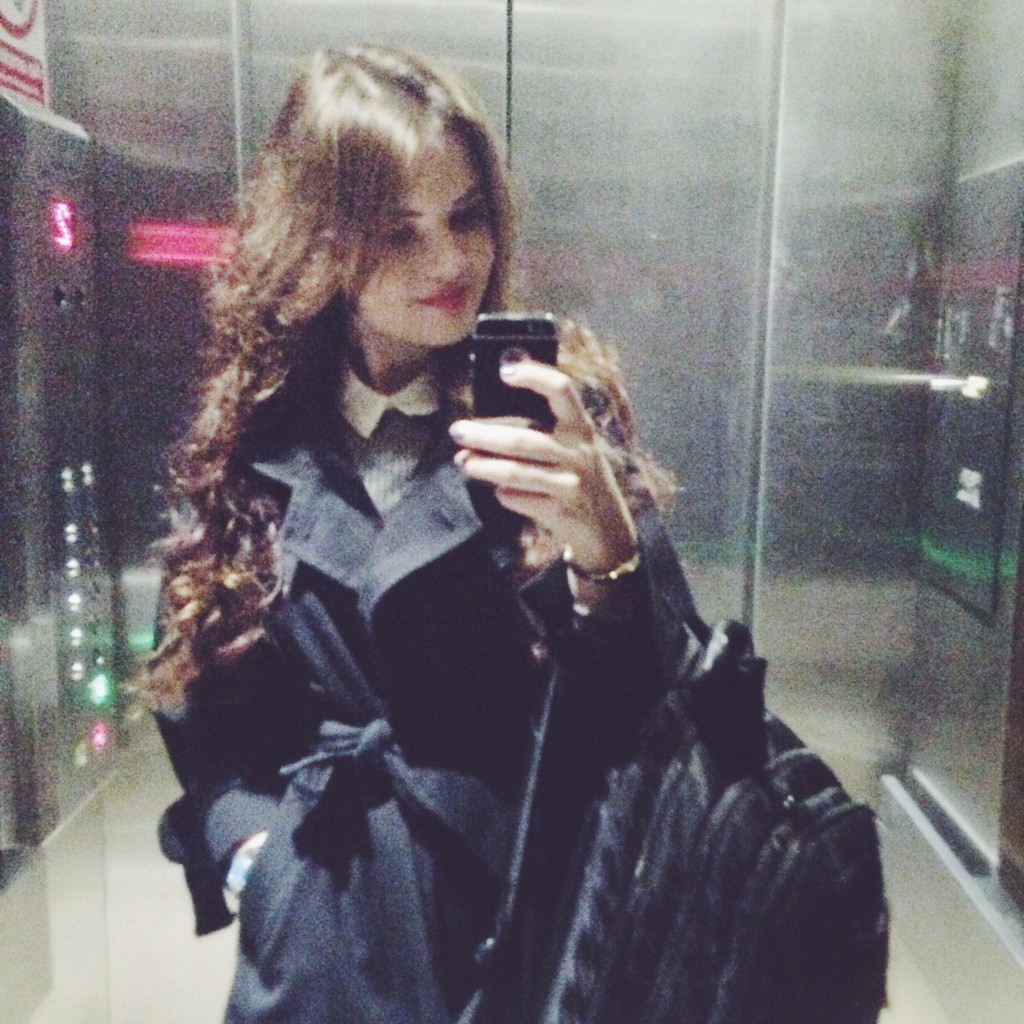 Worst quality EVER but wooo, hotel lift selfie!  Defo can’t tell here but for once in my life I was actually having a good hair day.  All thanks to sleeping with a sock in my hair. 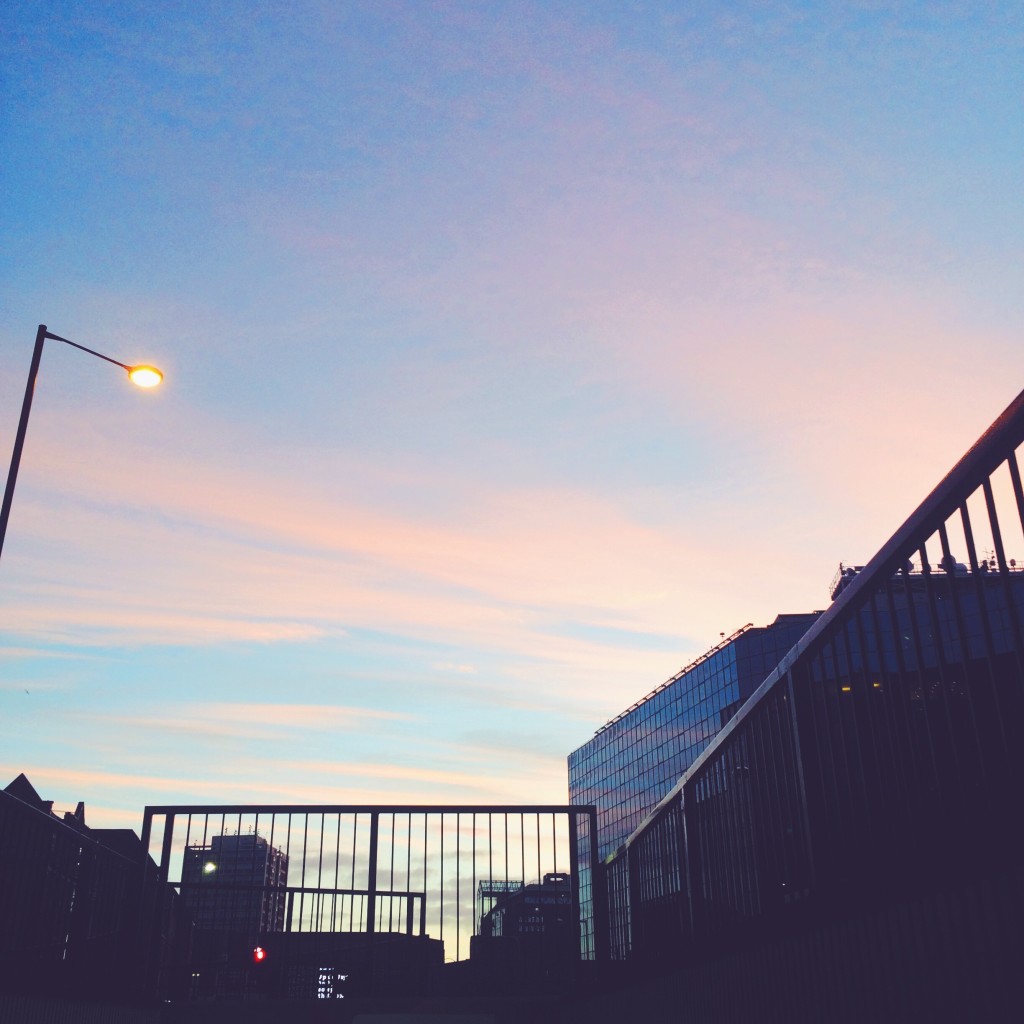 Pretty morning skies!  From the one morning I didn’t get soaked. 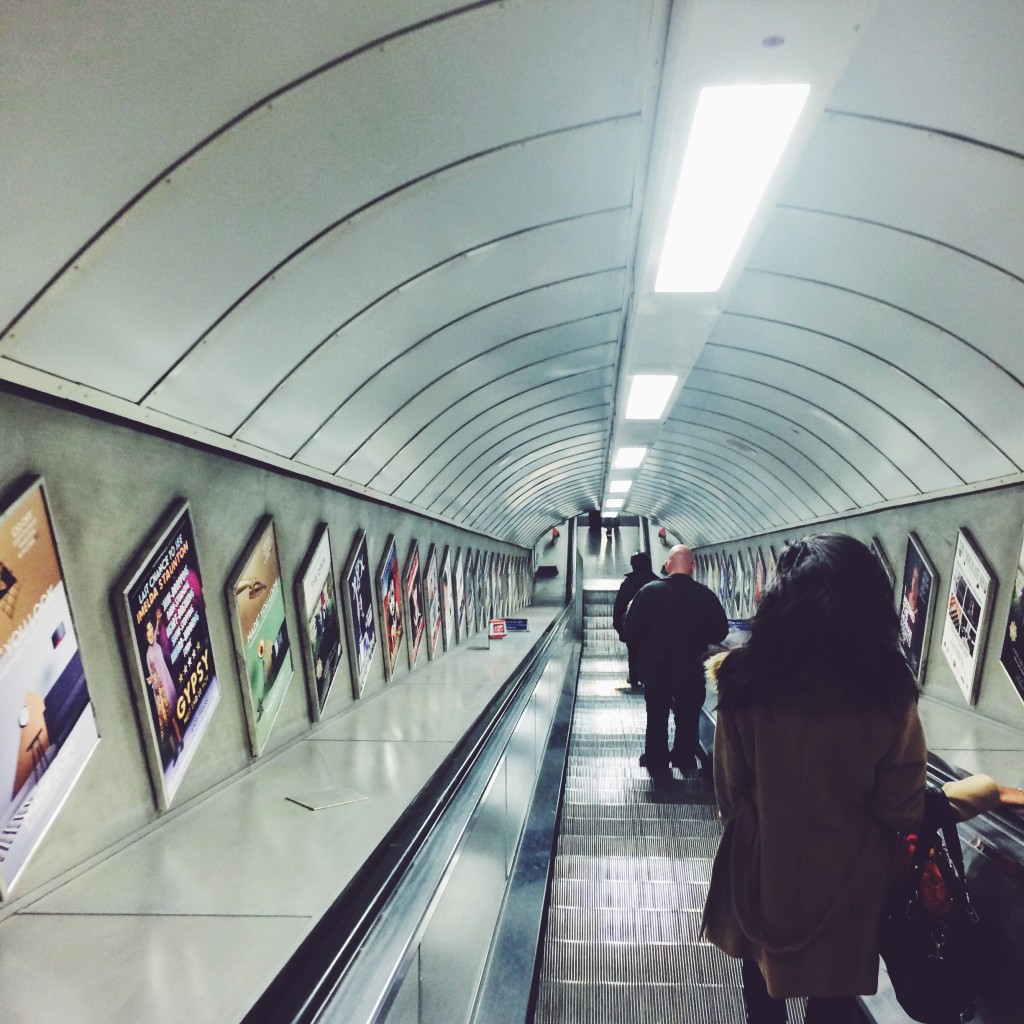 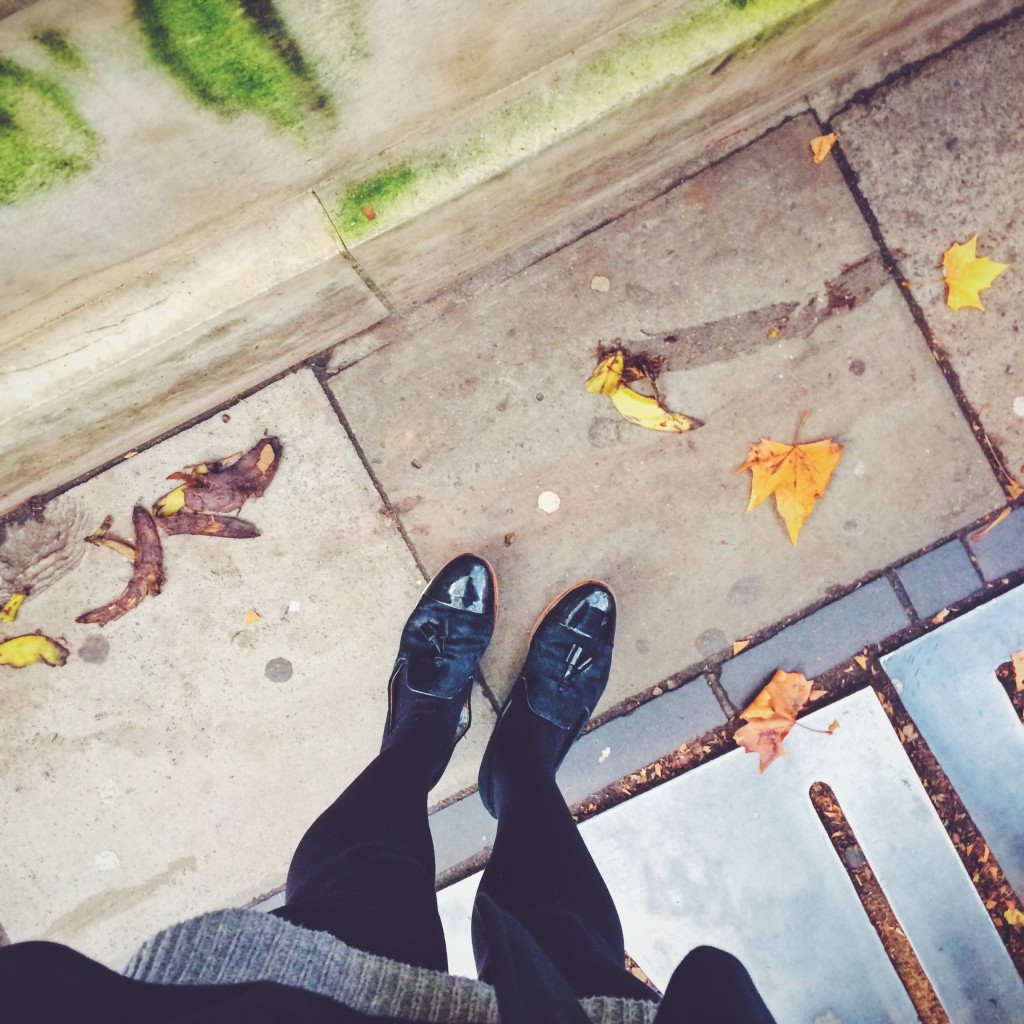 I slipped on a banana skin.  Legit comedy sketch style, couldn’t have made it up if I tried.  (Then took a picture of the banana skin, obvs).  Clearly I’m not made for sophistication. 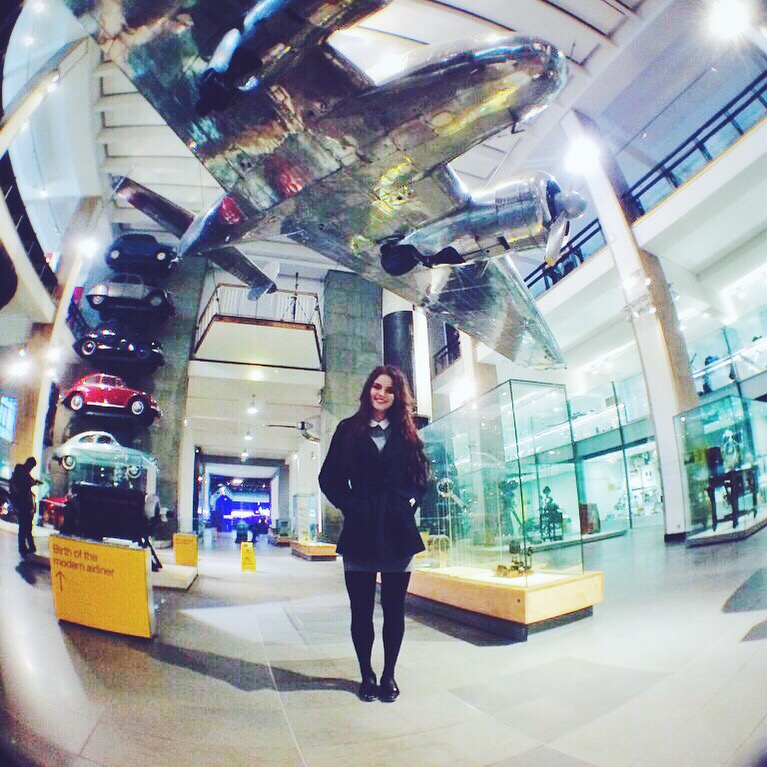 We had access to the Science Museum before opening times and OMG it was amazin.  Slightly ‘Night at The Museum’-y but with fewer dinosaurs and more planes.  Well, and more cleaners tbf, but whatever.  It’s a massive place so we didn’t have chance to see everything in our time slot, but what we did see was so cool.  The history of science is so interesting.  And then there’s the modern stuff that’s fascinating too, ahhh.  I chatted to one of the ‘interpretation managers’ there, filmed ALL THE THINGS for a vlog, and generally marvelled at my surroundings. 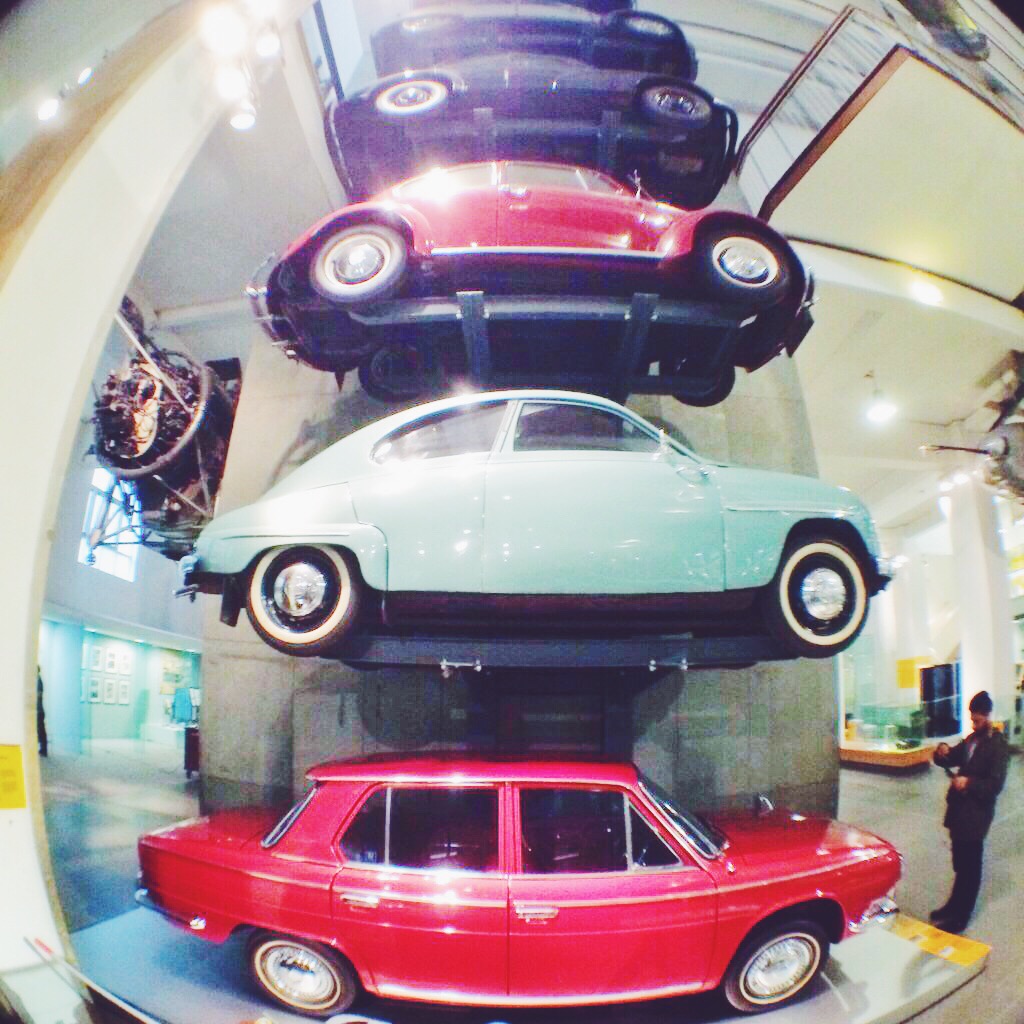 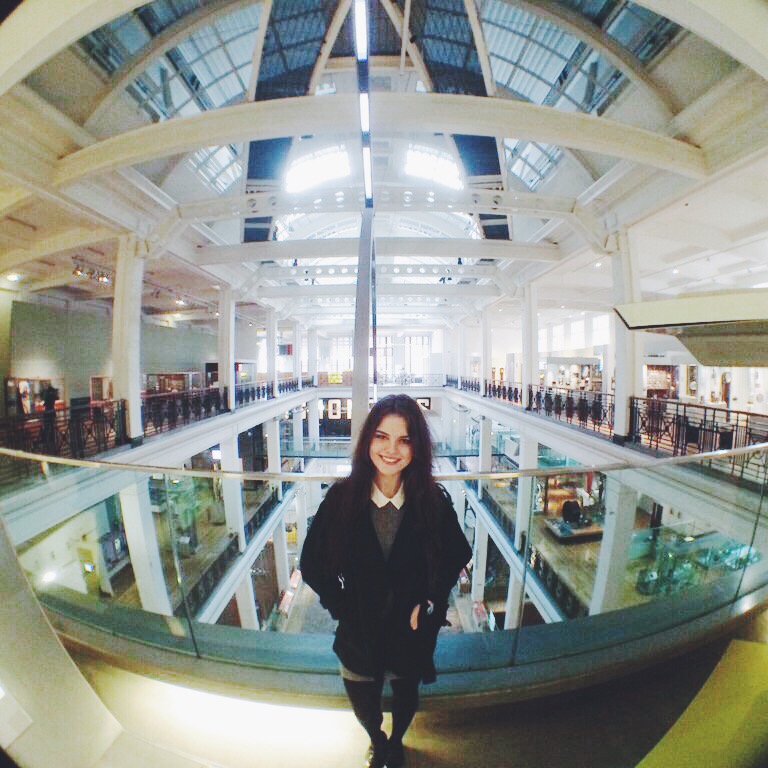 More fisheye for good measure!  After a short but sweet visit we went our separate ways and I trotted off to visit the Sony Playstation offices in Soho… 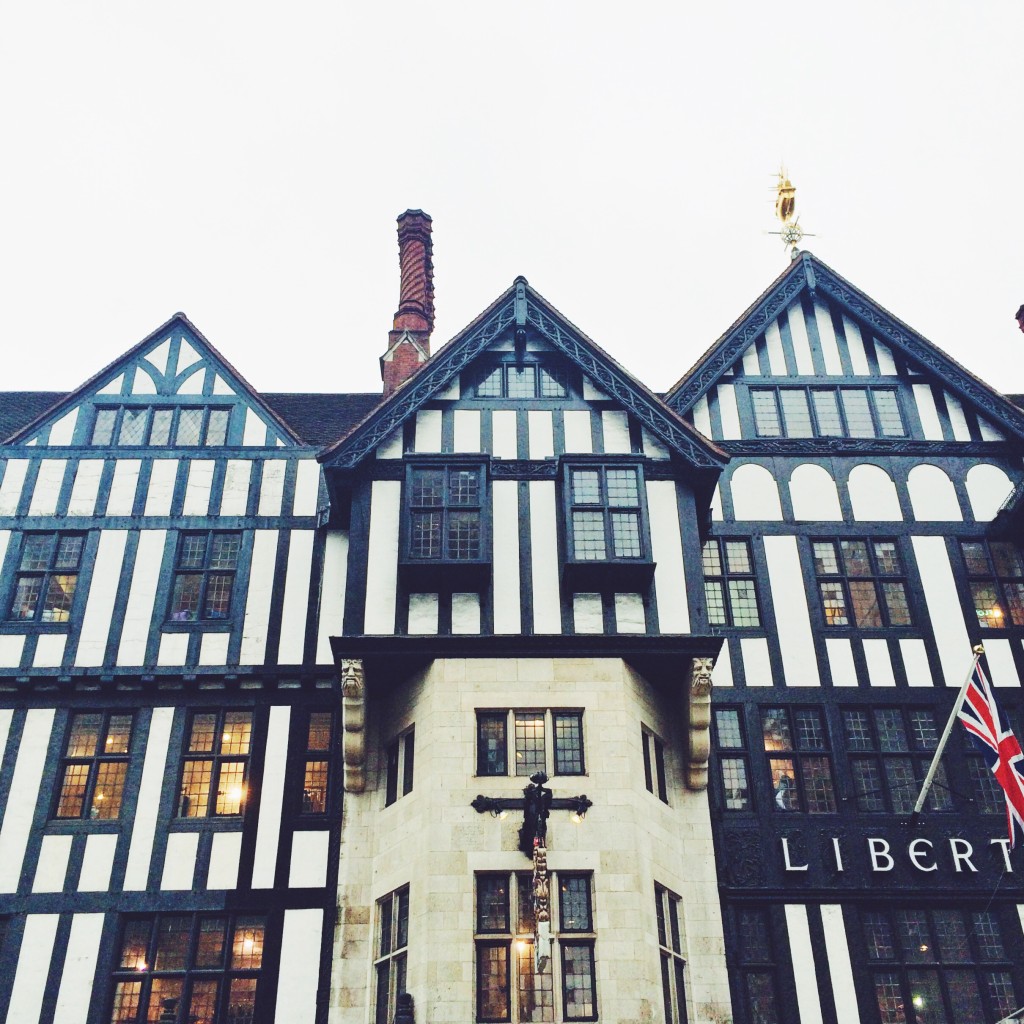 …which happened to be opposite Liberty’s.  Just about found a couple of minutes to nosy in there!  Would’ve been nicer against blue skies but hey ho, it’s still England. 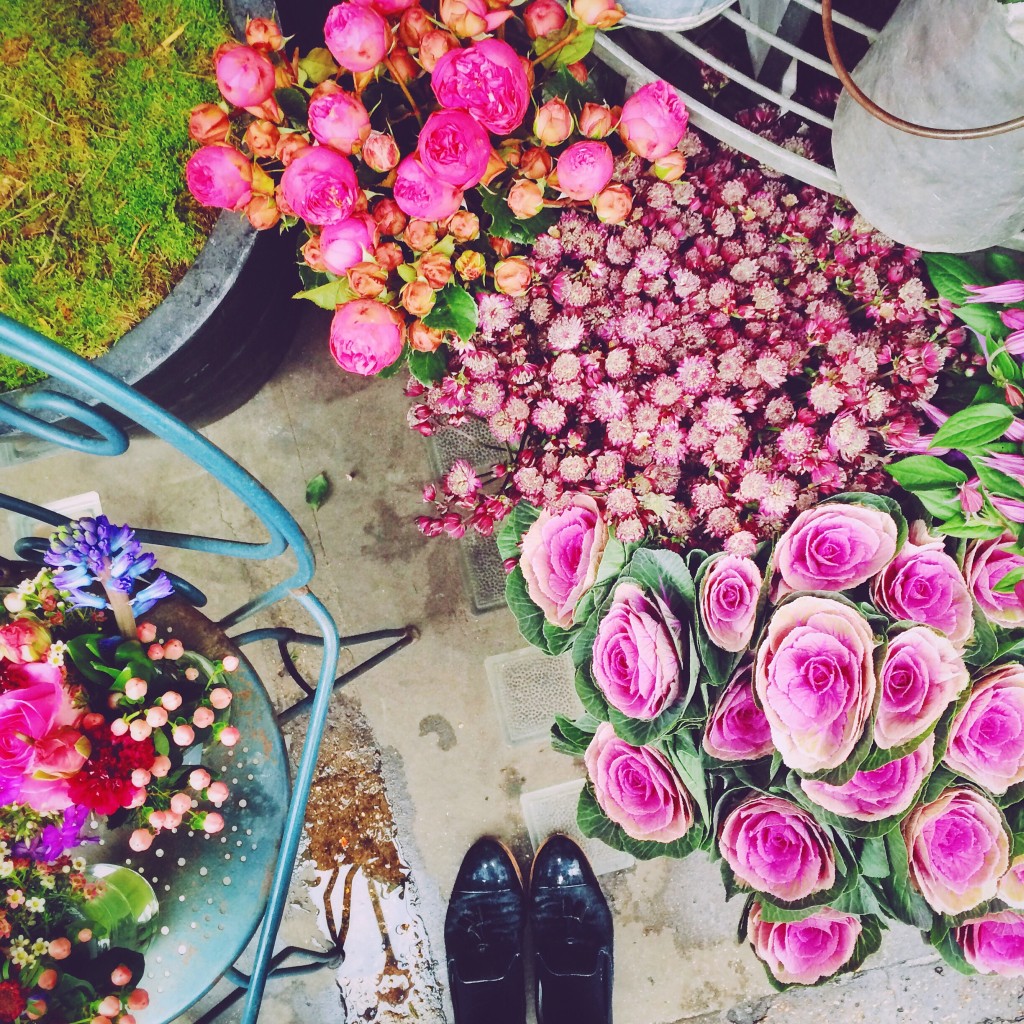 I’ve always wanted to ride a police horse!  They just look like they’d be so comfy and fun to ride.  I snapped this one somewhere around Liverpool Street (ish) after wandering a little way in the wrong direction and ending up not where I was supposed to be.  S’alright though, I set off everywhere in plenty of time to allow for getting lost.  It kinda doesn’t bother be now either – I’m no Londoner but I guess you get used to finding your way pretty quickly! 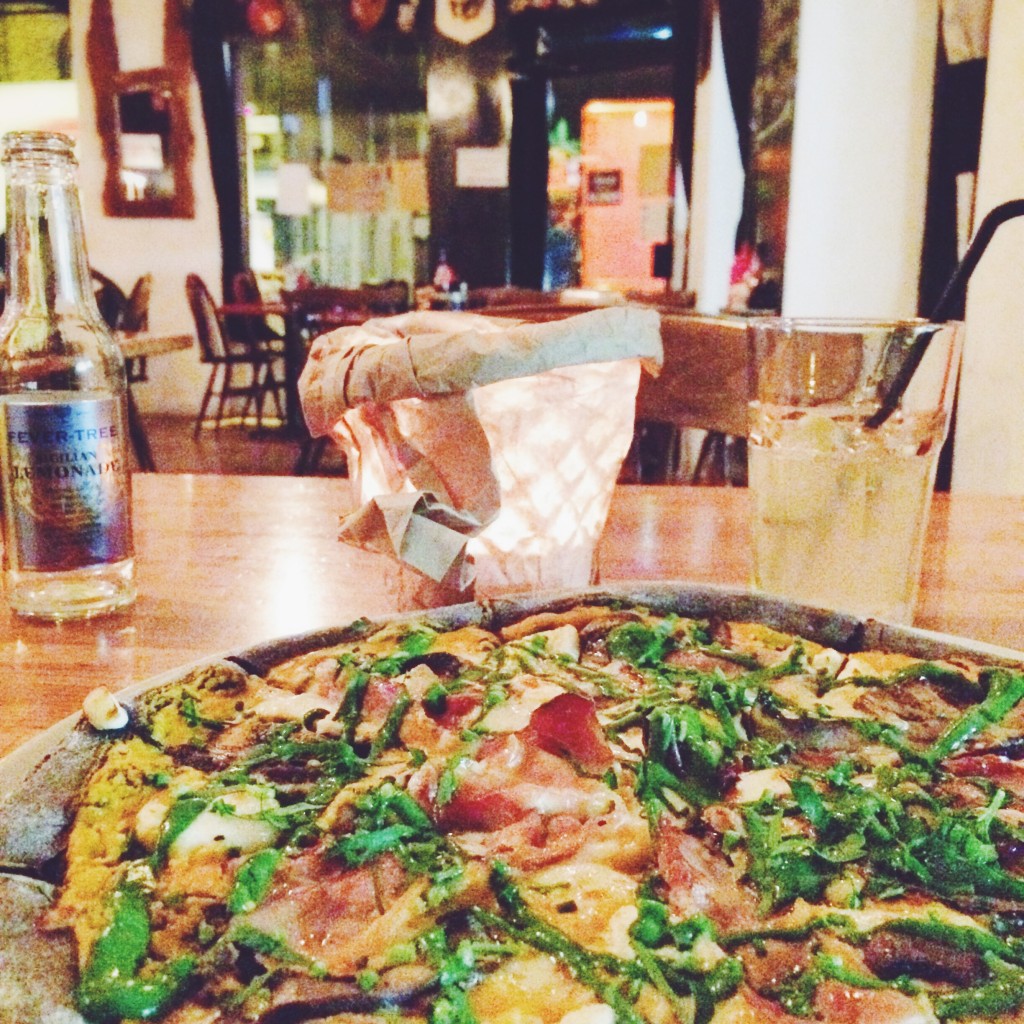 ‘Table for one please’ – yes I took myself out for dinner, no shame.  Thought I should have at least one evening out, company or no company!  No point missing out just because you’re on your own.  I had a couple of waiters to chat to and free wifi, so I was fine.  ‘Halloween Pizza’ was good too!  (Jane Roe Kitchen on Old Street, if anybody’s interested). 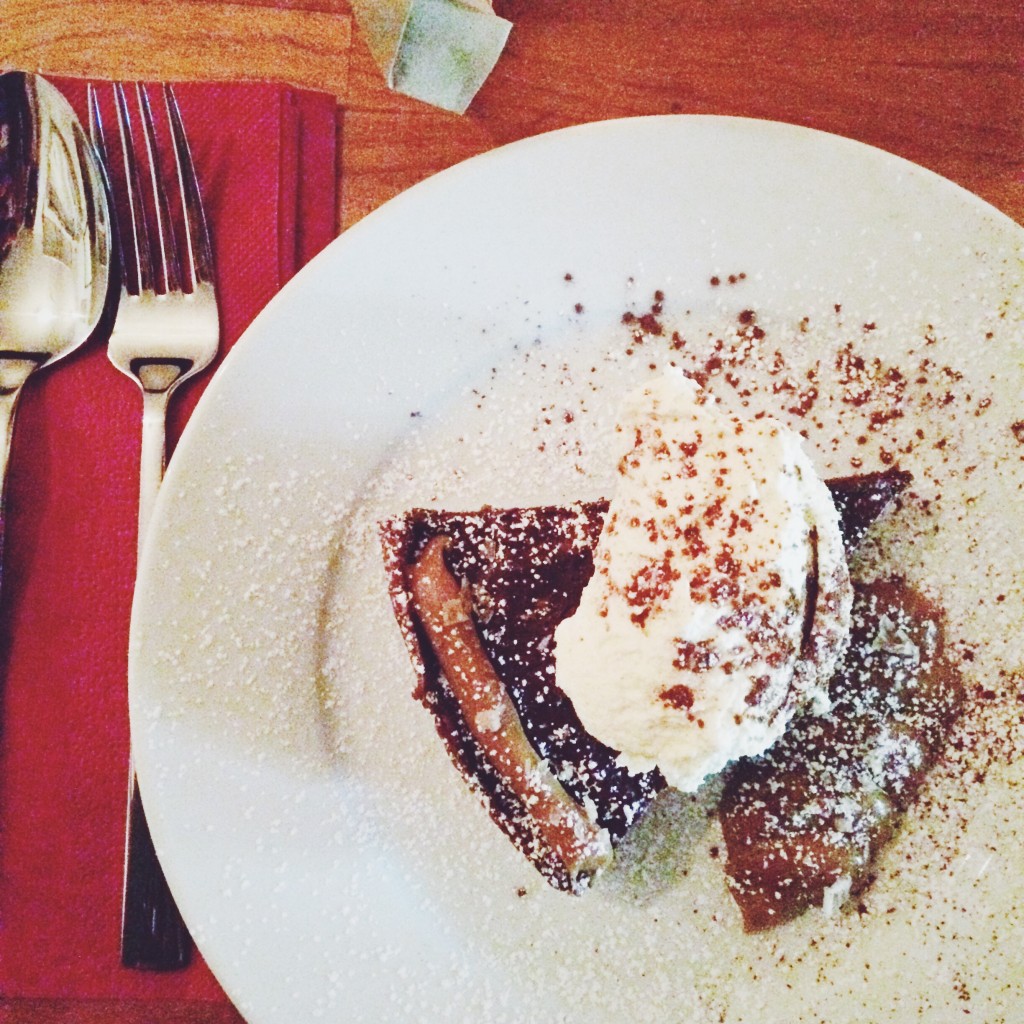 And then dessert, ’cause treat yo self and that.  Pretty sure I’ve done the equivalent of a good few workouts with all the walking around carrying 2 laptop bags.  Which totally justifies chocolate salted caramel tart.  Seriously though, my arms are dead after the last few days! 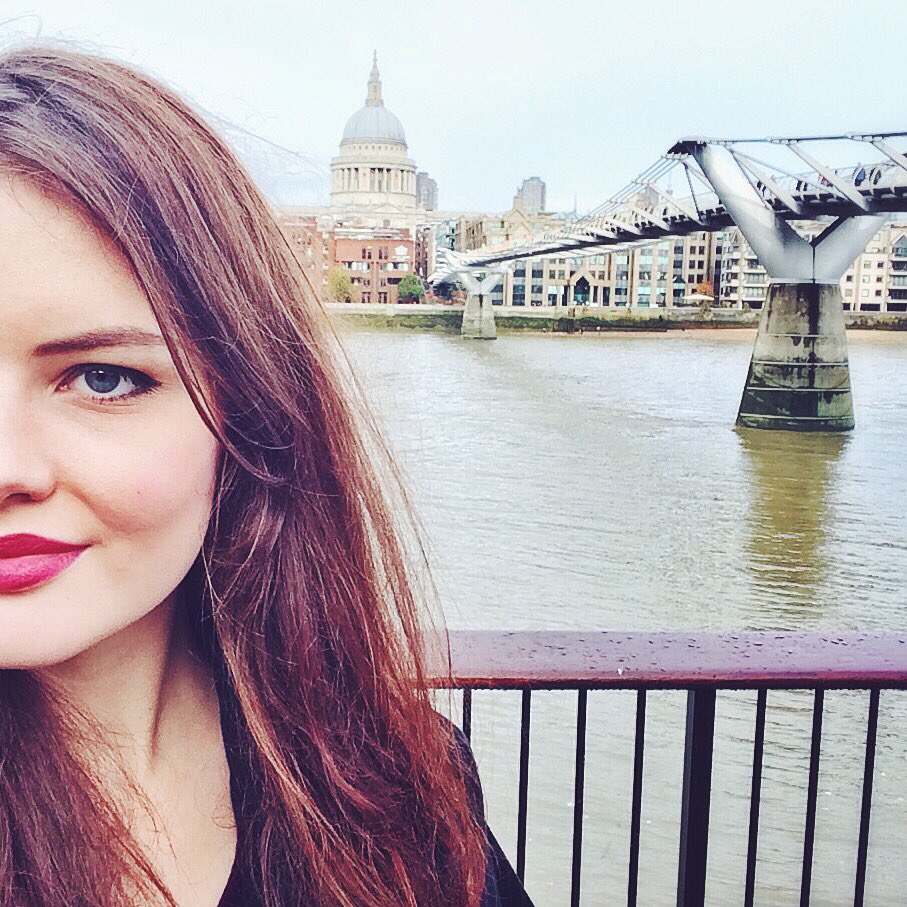 Shameless selfie once in the far more tourist-y land of Southbank, where GoPros and selfie sticks are a-plenty.  I met Yasmin Ali, an engineer for EON, around the Tate Modern, then we filmed a vlog on the Millennium Bridge. 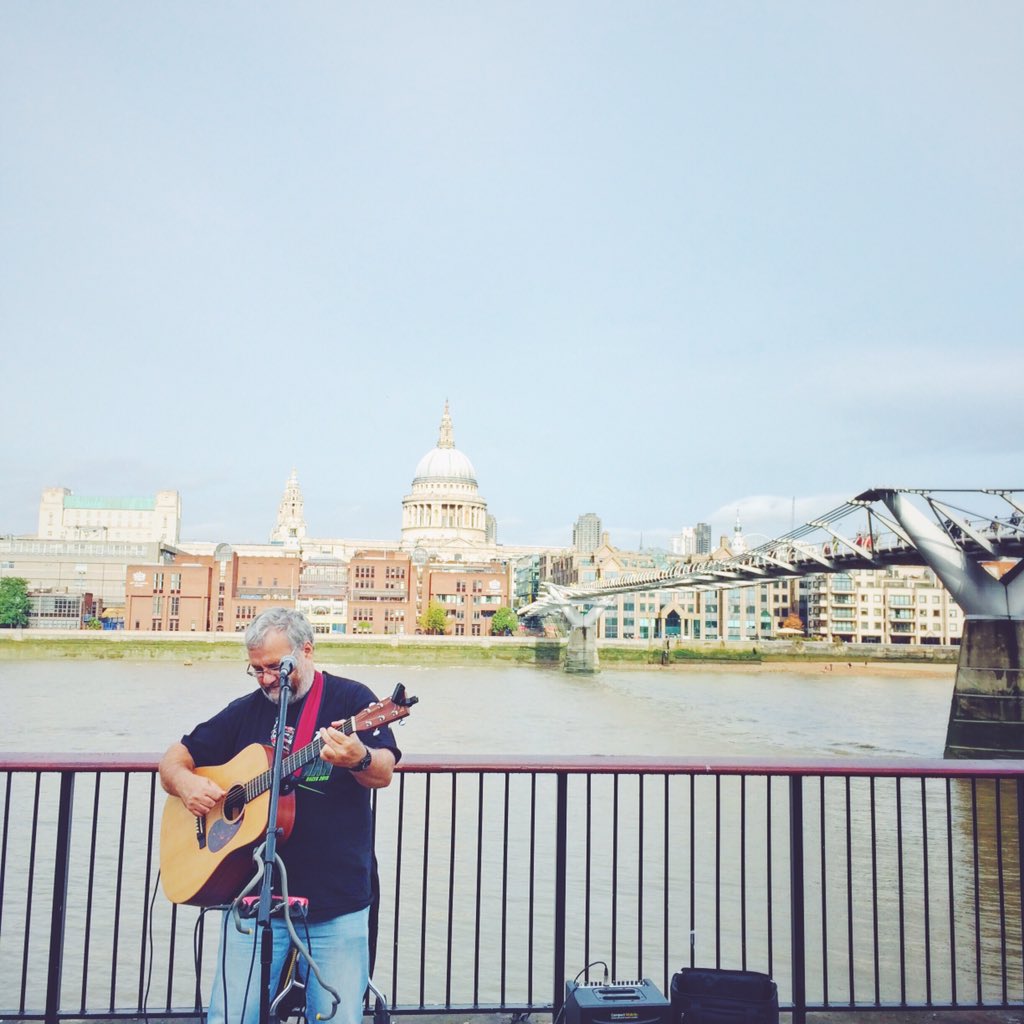 This guy was really good! The quickest change EVER into comfy clothes and a mad dash from the office to Euston to catch the 2:30 train home.  Bravo to anybody who made it this far!