the non-fiction books you 100% should read 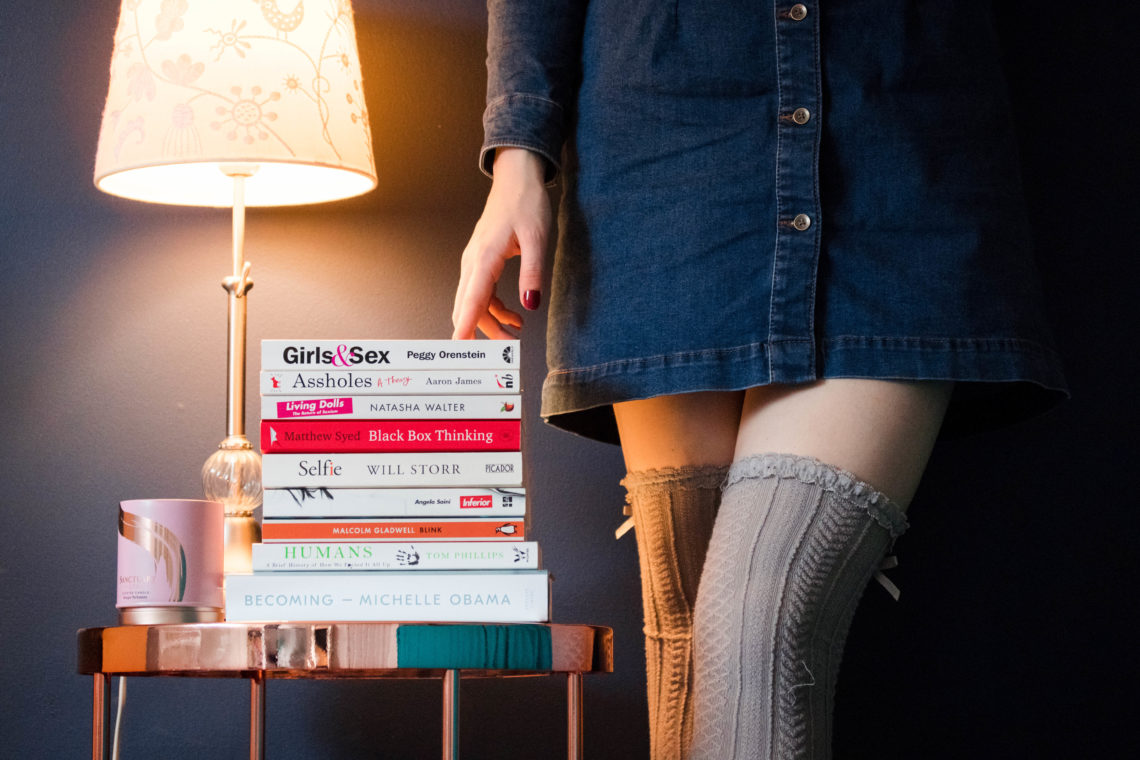 Once upon a time I only read story books (although not often the type that began with ‘once upon a time’).  As a kid I absolutely devoured them, and would happily spend hours reading after school.  I was a geeky bookworm through and through.  As a teenager fiction still made up the most space on my shelves, and some I read during those years remain my favourites to this day.

I don’t really know why I started heading to the ‘popular science’ section of Waterstones rather than the fiction, or when my story book quota dropped to about 3 per year, but over the last couple of years the type of book that piques my interest has definitely changed.

Because I’m an idiot who hardly ever manages to go to bed at a reasonable time for a 6am alarm, most days if I try to read in bed, I fall asleep 2 pages in.  So train journeys are now my usual reading time, and if I find a book that makes me nearly miss my stop, then I know it’s a winner.

One thing I’ve never really shared much on my blog or social media before – just finish a book, probably chat to my mum about it and insist that she must either add it to her list or not waste her time on it, and that’s that.  Seems a bit daft really, given the other random minutiae that makes it into my captions or posts.  SO.  From here on out, expect more favourites lists, general bookish chat, and generally just things I think you ought to read.  Starting with my non-fiction favourites.  Lately I’ve kinda drifted away from the science reads and seem to gravitate towards feminism/society/psychology titles, probably because I have lots of physics to wrap my head around for uni already.

OK so after saying that I rarely read more than 2 pages in bed… guess who stayed up far later than usual finishing this one last night?  I haven’t read many biographies, but loved this one.  Michelle very eloquently and honestly tells her life story (obvs) and it’s oh so motivating to know her background, eye-opening to learn about life as the First Lady, and shocking to hear just how bad some things in America really are.  Obviously the fact that it ends with the handover to Trump is a bit of a solemn (read: sickening) note but there you go.  10/10 would recommend.

Pretty sure anyone who reads this will be able to see people they know fitting the bill in some way or another!  We all know an asshole or two.  Aaron James just articulates exactly what makes them so.

Selfie: How the West became self-obsessed | Will Storr

SThe book that my mum and I both picked up the same day without realising.  Great minds, eh?  This one really goes back to basics of what ‘the self’ actually is, and how the human sense of self has evolved.  Kinda philosophical in parts, and also very factual.  Interesting to read about how much impact self-esteem actually has on the rest of our lives, and how the internet has made us so narcissistic.

Blink: The power of thinking without thinking | Malcolm Gladwell

Gives an appreciation for what your brain is doing in a split second without you even realising, and makes you realise how little of our reactions we actually control.

Humans, a Brief History of How we Fucked it All Up | Tom Phillips

Written in what I can only describe as a casual, ‘bloggy’ kind of way that makes you chuckle all the way through.  It’s a history book, but one that’s easy and light to read.  Even if the subject matter is humanity’s greatest fuckups, some of which are just beyond belief.  My brother picked this one for me for my birthday – good choice!

I picked this one up at Bluedot festival and can honestly say it’s a must read.  It had me both laughing and opening my mouth in shock whilst reading on the tube, put it that way.  If you think a fact about gender must be correct because it’s ‘scientifically proven’, think again. At times reassuring and at times an uncomfortable read, but definitely a worthwhile one.

Erin’s mum gave this one to me as she’d ended up with two copies somehow, and it’s right up my street.  Is the hyper-sexualisation of women empowering or demeaning?  Have we actually moved as far on from the 1950s housewife stereotype as we think we have?

Essentially all about failure, and how mistakes can be treated like a plane’s black box and used to learn from, rather than buried in shame.  Reading it gives you lots of confidence in jumbo jets and a hell of a lot less confidence in the medical profession, but provides a better way of looking at failures.