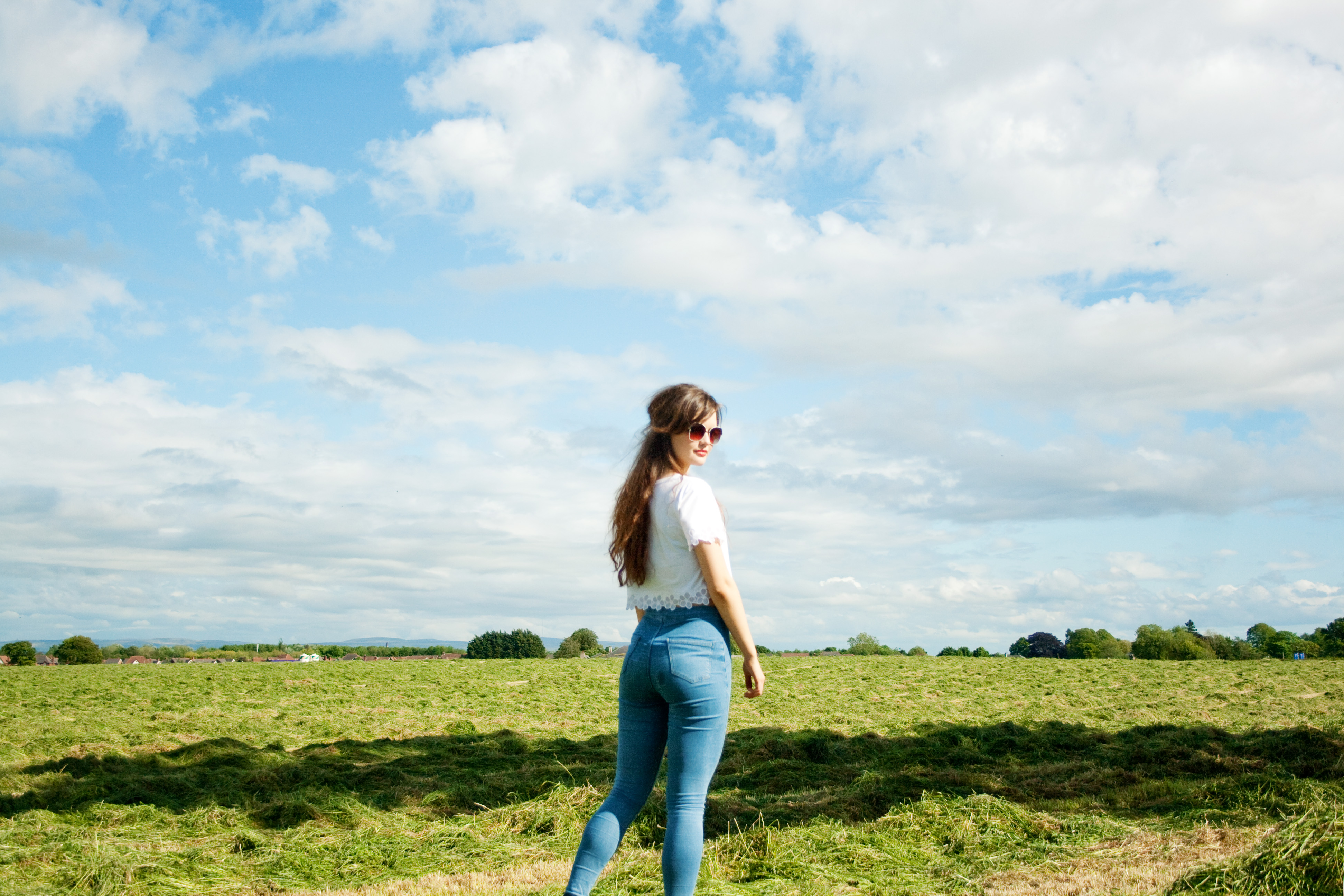 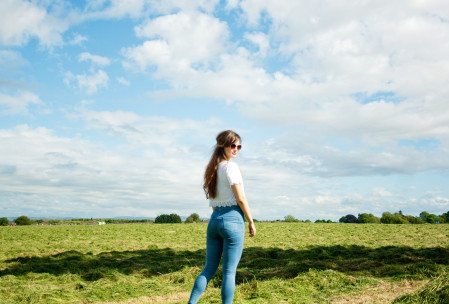 I realised the lifestyle side of Joli House had been lacking over the last few months, so I’m trying my best to take my camera out and about with me more atm!  Meaning nowhere near as good quality photographs as those my mum takes, but I’m trying my best.  Anyway, we’ve had a grand total of one sunny day this week (rumoured heatwave my ass) and I tried making the most of my last day of study leave with some outdoorsy time.  Gonna miss this whole ‘everybody else goes to work/school, Lily stays at home/gallivants around’ thing once I’m back in college on Monday!  This was Friday afternoon, after I’d had an absolute ‘mare of a morning.  Firstly, I locked myself out, by taking a back door key with me to the gym that only worked from the inside.  Cue unplanned couple of miles round trip to my mum’s work for her key.  I’m all for running miles when I choose to, but miles out of necessity don’t hold nearly the same appeal!  Then I found myself nearly under house arrest because the front door lock was being a pain, and took 20 minutes of fiddling and moving this that and the other for me to actually be able to shut the damn thing.  So I ended up legging it for a bus like an absolute idiot, just to add insult to injury.  A bus that I’d waited ages for, given up and started walking, then turned up just as I’d gone round the corner.  Started sorting through my bag once I’d finally made it onto the bus, and found my (working) house key.  Of course I did. 😀 😀 😀 (3 smileys = universal code for sarcasm) 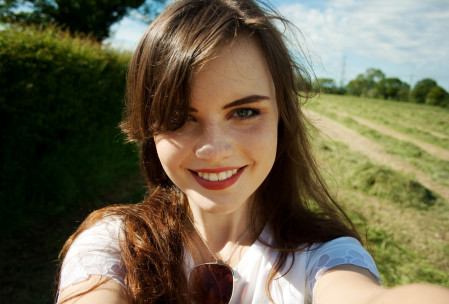 The rest of my day was fine and dandy once I’d made it to my friend’s house and everything, until last night when I nearly choked to death on peach cordial.  Well, choked to death is perhaps an exaggeration, but that feeling when you’re drinking and laughing at the same and it goes horribly wrong ain’t nice!  Peach cordial is not the way I’d like to go.  No photographs of that one. 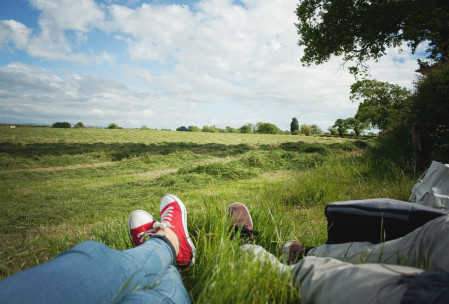 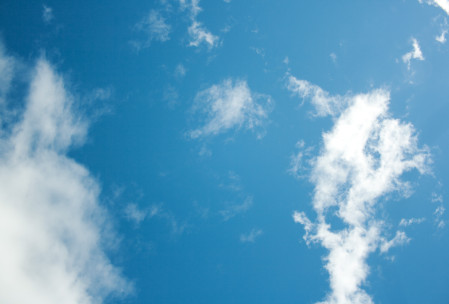 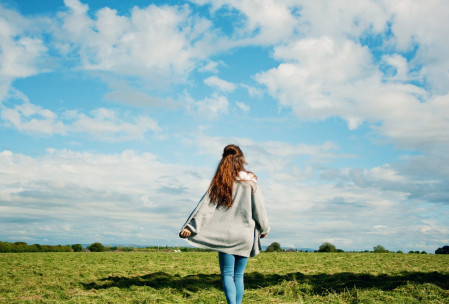 An afternoon in a grassy field and I’m back in primary school doing handstands and cartwheels.  Can’t help it.  Even if I’m really bad at cartwheels. 😛 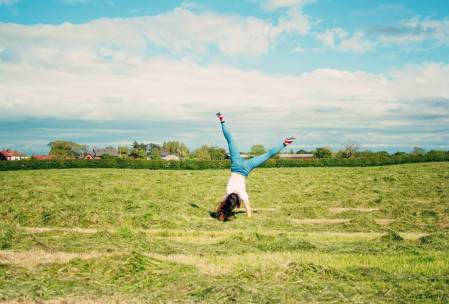 Aside from the above, I had a much needed girly catchup on Friday too!  We always leave it far too long, and always have so much to talk about! 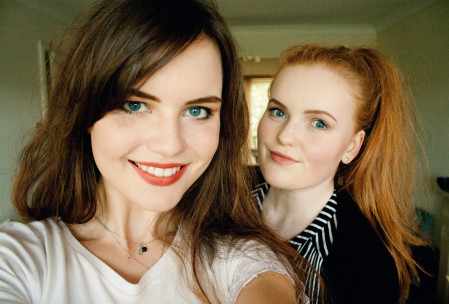 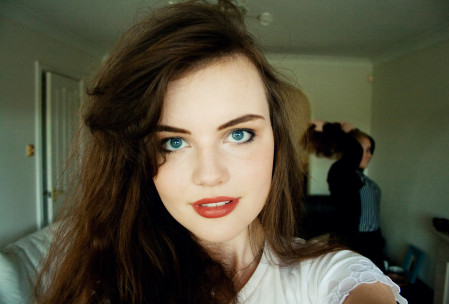 And took more selfies, to check the light. 😛

Re-watched The Curious Case of Benjamin Button for the 67369th time.  I don’t even know why it’s one of my all time faves, but me likes it.  If you haven’t seen it, the general mood is a difficult one to describe – I’d say poignant is probably the best adjective.  Sad in a way, but not a great tragedy.  I shan’t spoil it for those who haven’t (you should!) but there are some quotes in there that really make ya think.  “…But life being what it is – a series of intersecting lives and incidents, out of anyone’s control…”

Attended an Open University open day.  Well, a mini ‘open event consisting of two people at a desk in a library‘ thingy.  I’d already decided that OU is the route I wanted to take, but even more so now after my mum and I had a good ol’ chat with them.  I’m just not that fussed about rushing to leave home for the ‘Uni Lifestyle’, y’know?  I don’t feel like I’ve any shackles to escape at home either.  Don’t wanna tie myself to one place with a traditional bricks and mortar university but I still want a degree, so I’d basically made up my mind from the outset.  Others my age are busy booking and attending a bunch of different open days, whilst I’m kinda done and dusted with this decision!  Could’ve made for nice days out but ah well.  Both representatives were really helpful, and we found out loads about the general process, specific course details, and backup plans if I don’t like my course when I finally decide on one.  I’m still unsure whether to take a mathsy/sciency route or history (based on my A levels), but I’m even half tempted to do something more applied like engineering too.  Just an idea.  The lady also told us how their current students range from age 11(!?!) to 93, and I couldn’t help but feel stupid knowing there are kids out there studying degrees before they hit puberty!  Jeeeez they must be clever. 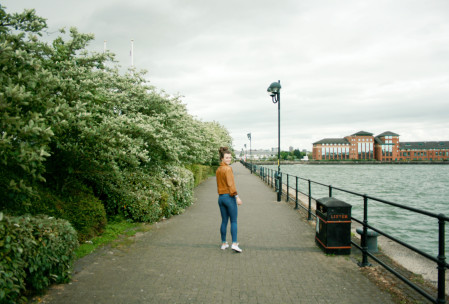 Had an absolute fail of a day out.  We didn’t have any fixed ideas, but wanted to go somewhere despite the dull weather.  Blue skies didn’t last, as you can see.  With missed buses and whatnot though, it just didn’t really happen.  Ended up with an exceptionally windy stroll around places we’d been a million times before.  Ah well.  Better luck next tine hopefully!