what I love about my friends 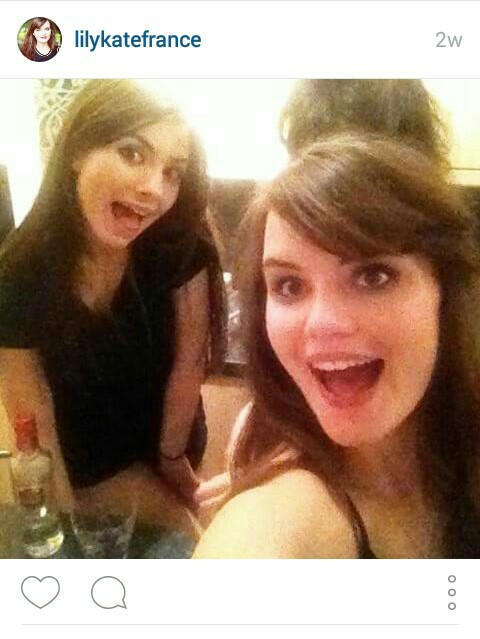 – They’re always happy to help me put the world to rights with me over cups of tea and a mountain of Doritos and dip at 3am.  Doritos and breadsticks and houmous and miniature scotch eggs because that’s what was there and healthy eating/drinking doesn’t exist on Friday nights.  (Or whatever the chosen night, we don’t discriminate)

– They’ll quite happily leave me there when the foldable camp-bed I’m sat right in the middle of collapses and practically folds in two (with me inside).  Was pretty comfy like that, not gonna lie!  Just carry on as we are, chilling in my room, Lily sandwiched between two halves of mattress.

– Sandwiched-Lily wears a nice floaty top with pyjama shorts and no bra because we’re all friends and the boundary where one must suffer a strapless bra in company has been well and truly crossed.

– We can kill hours doing nothing but talk (and laugh).  All of a sudden it’s 4am and we have to be up and out for 9:30.  I seriously don’t understand how an hour can feel like a bloody eternity sometimes and yet just talking it’ll fly by!  There’s just always something else to say before you forget though isn’t there?

– We can rant about the boys (and girls) that are dickheads and sing the praises of the ones that aren’t and mull over what’s a good reply.  We’ve all done it!

– They understand the struggle for a respectable Instagram group selfie.  And that a good 8 attempts minimum is probably required.  We’ve trained the boys who are there but don’t wanna be in our group selfies (why the hell not?) to at least be good at taking group selfies.  A few from different angles to give us choice because they know we’ll just nag to do it again otherwise, and that someone is guaranteed to have their eyes shut anyway.  The good ‘ol arms length shot gets plenty of practice, ofc.  I’m pro photobomber, evidence would suggest, too!

– We’re friends from high school that have pretty much stuck together, even if only as a full group for birthdays or gatherings or whatever random get-togethers are happening.  Plus a few we’ve become closer to since leaving school too; just wish we’d been closer sooner now!

– We appreciate a girly night (or girly end of night).  I’m really glad I have boys as friends too and the thought of going to an all-girls school/college gives me the shudders, but just one guy around and it wouldn’t be the same!  My mum and I both have friends round and banish my dad and brother haha, they wouldn’t find us amusing anyway.  Having my friends that totally understand that my mum and her friends will try to fix them up is great too!  Nobody is exempt from that interrogation. 😛

– I would try to remember anything that was said or happened that cracked us up so much but it’d be a) be lost in the telling and b) probably isn’t blog-suitable (gotta draw some kind of faint line somewhere!) so I’ll spare that one.  Hardly anything ever seems as funny as it does in the moment anyway, does it?  (Accidental) comedy timing and that.