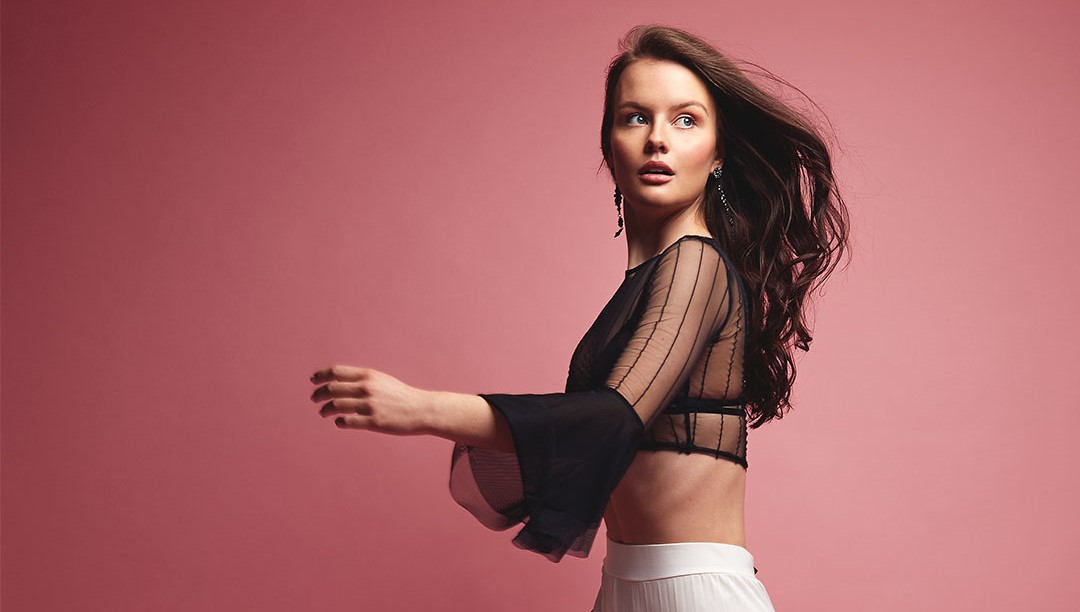 Years ago I used to write these posts all the time, titled ‘The Lily Diaries’ back in the day. The title is more than a little bit cringeworthy but the idea – chatty catchups sharing what I’ve been up to – is a habit I’d like to resume. I have a pretty good memory, but even I wouldn’t remember half of the random stuff in those blog posts without the archives to remind me. Blogs were the original ‘online diaries’, after all. My life was reasonably routine at the time of those posts with college taking up most of my time, whereas now my life is far more all over the place and irregular and I rarely know what day it is. So I thought it might be a nice idea to start those monthly-ish logs again, even if just to document for myself and commit to memory. March 2019 was a pretty busy month, so seems as good a time as any to bring back the chatty diary posts!

— I stayed in London for a few days of flouncing around in wedding dresses, which is pretty fun as jobs go.  I modelled for the team from Jane Hill Bridal, who make the most beautiful dresses and are a lovely bunch to work with.  This was my first time modelling at a trade fair (One Fine Day Bridal Market as part of London Bridal Fashion Week), and it was super interesting to see a little more about how the bridal industry works.  I felt like I asked about a million questions about which dresses are favourites, how they sell across the world, how they’re designed and made and all sorts.  Nothing I really need to know at this point in my life but it’s interesting nonetheless!  After a couple of days I felt like I knew the Jane Hill collection off by heart so hey, quiz me on which dress is made in which type of crepe and I’ll give it my best shot.

— Spending a few days in London (rather than rushing around to catch an early train there and late train home) made the capital far less gruelling than usual too. I walked around rather than taking the tube since the weather was glorious for March, and in the evenings tried a couple of fitness classes to mix up my usual gym routine. Reformer pilates and barre class were both right up my street and I’d love to try both again.

— I had quite the variety of modelling jobs this month: shooting Spring Summer for my faves at Joanie clothing, bathroom brochures for B&Q, book covers for novels set in the 1930s, and playing wifey at London Bridal Fashion Week.  Keeping things interesting for sure and I guess it means I’m versatile!

— Lots of knitting on trains. I figured out this is the best way to feel productive without feeling like I’m oversaturating a tired brain or trying to do uni work at a teeny tiny table.  Which I have spent many, many hours of my life doing. I whip up jumpers loads quicker this way too.

— Spent a rainy day out at Williamson Park and the Butterfly House. I’m not really sure why I thought a wet, windy Sunday was ideal for a wander around the park but hey ho, that’s why you should always have a big brolly in the boot of your car pals. We had nice little mooch around looking at butterflies and whatnot but then decided on an afternoon in bed bingewatching I can’t remember what, which would have probably been a better idea in the first place.

— Enjoyed a couple of test shoots with fantastic girl teams. One nicely stripped back and simple, and one a little more creative and with a lot more pink. Always nice to work with like-minded gals. (Pink pics with Natalie Price and Meg Skinner)

— Added Bluedot festival to the diary once again. I’ve been for the last 2 years and am excited to spend the weekend there as a blogger ambassador for 2019! The lineup looks great, and I’m sure it’ll be a fun weekend if 2017 and 2018 are anything to go by. This year’s festival falls on the 50 year anniversary of the Apollo moon landing too, which is a rather special coincidence for a festival celebrating science (and music, and arts). Tickets are available now, and July just needs to hurry up already.

— Cooked new recipes from an Instagram page that I’m a little obsessed with. Mediterranean/Cypriot food is right up my street and I’m really enjoying spending more time in the kitchen (with pinny because I can’t be trusted around tomatoes of course). The few recipes I’ve followed from MelizCooks so far have all been delicious, but king prawn and butterbean stew is definitely my favourite. SO GOOD.

— Getting into TV series. It’s rare that I actually watch TV in the first place and even rarer that I become invested enough to watch anything live week on week, but lately I’ve actually found myself waiting for shows to start at 9pm (knitting in hand, of course). Who even am I? Anyway, current favourite TV shows are:

— The Great British Sewing Bee (obvs – far too excited for the final tonight!)

— Baptiste (a spin-off from The Missing which I also loved and has so many twists and turns I could barely keep up. 10/10 would recommend though)

— Race Across The World (strangely addictive watching a bunch of strangers run for buses, trains and god knows what else in a race from London to Singapore)

— A Stitch In Time (any crafty programme is going to be right up my street).

— Had my hair done (and photographed) for the opening of a new salon. The Knot Studio in Hale has the most beaut decor and I love the bouncy waves the Dyson airwrap gave me.

— And finally, I ended the month with a flying visit to Germany for HH Cologne show with Rowan Yarns. More on this one later though – this trip requires its own blog post! So have a snap of the Ryanair plane wing and my current train/plane reading instead – River God by Wilbur Smith. It’s totally different to anything I’ve read in a long time and is rather chunky, but I’m really enjoying it.

Feel free to tell me what you’ve been up to if you made it this far!