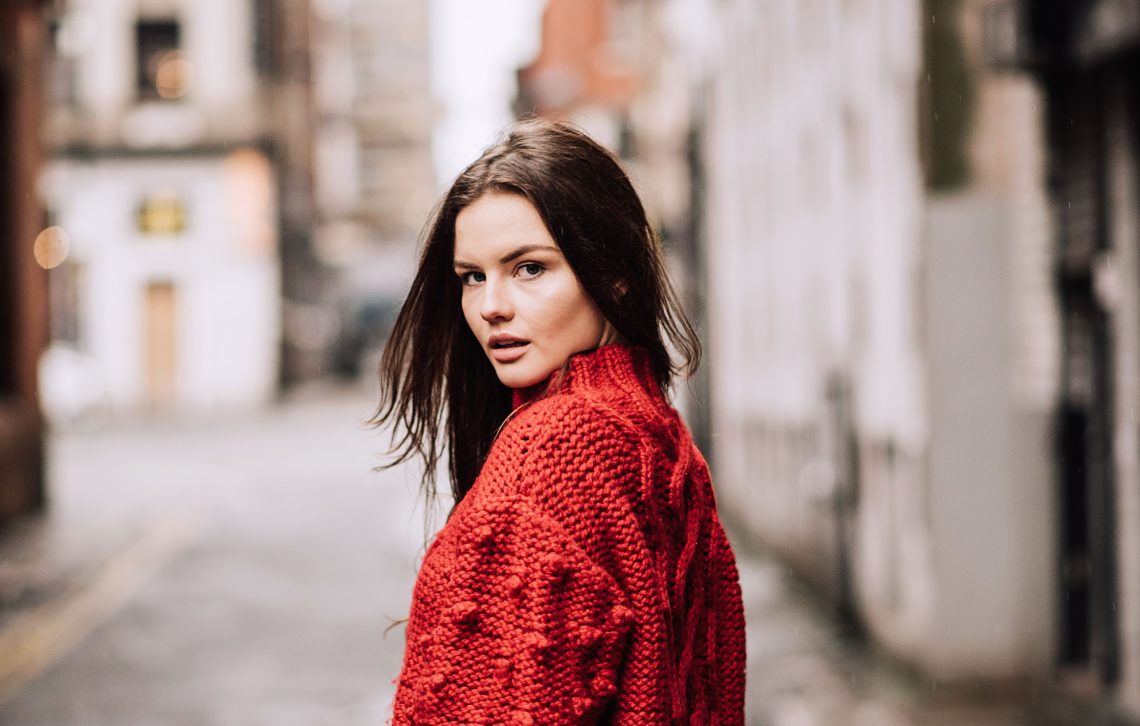 I shall start by saying the obligatory things like ‘swear this year has lasted 2 minutes’ and ‘how the hell has Christmas been and gone already’ and then begin my recount of the past 12 months in the life of Lily Kate France.  Nothing like a bit of self-indulgent reflection come the end of the year, right?  Whether anyone is invested enough in my life to care what 2018 entailed for me I don’t know, but I like reading others’ roundups and looking back on my own posts years later so hey ho.

I’d never have predicted that at 21 I’d be a part time student, part time model and part time working in a model agency whilst blogging on the side, but I’m rather enjoying the combination.  For the first time in years I’m feeling quite happy with the balance – not *crazy* busy but certainly do appreciate my days at home by myself, and don’t get cabin fever like I used to.  No two weeks are the same but there’s some semblance of routine, and it works for me!

After spending January-June just about juggling full time distance learning with working/having a life, I chose to go part time from then on and spread my ‘third year’ over a few years. It was 100% the right decision. Realised that I just do not want to be in full time education anymore (since full time Open University basically means full time studying from home by yourself), so I’m glad I chose a flexible option. It’ll mean I graduate later but if I’m happy and earning money in the meantime, I’m not too bothered.  The workload has now lightened but the difficulty has most definitely stepped up now I’m studying third year modules, so it’s swings and roundabouts! My main topics this year fall under ‘Stellar Evolution and Nucleosynthesis’ and ‘Transiting Exoplanets’ which are both pretty fascinating really.
READ: a change of plan | why do we take on too much?

Photos from a conference for undergraduate women in physics I attended in March – I don’t go to Oxford Uni!  Just spent spent a very full on weekend there learning from inspiring, intelligent people, staying at the Oxford University campus, and getting very drunk and walking/running/skipping back in the snow.  I’m not built for the ‘get home at 4am, lecture at 9am’ life, let me tell you.
READ: Inspiring thoughts from inspiring women in physics | CUWiP 2018

It’s easy to feel like you’re completely unsuccessful and have done nothing compared to girls who are in demand every day of the week, but looking back I realise I have actually done a few cool jobs.  A few highlights include…

Seeing my Christy shoot from the back end of last year in store – the first time I’ve seen a larger than life version of myself!

Filming a little video for Maybelline which received lots of lovely, supportive comments from friends and family, and lots of bitchy comments from strangers laughing at me smiling when my eyebrows looked not to their taste.  I’m smiling because it’s my bloody job to smile, you daft bat.  Some folk, eh?

A couple of days shooting sunglasses for Very.

Lots of fitting days – the not so glamourous modelling jobs!  Basically being a live mannequin whilst the fit and styling of clothes is tested before they’re shot properly.  Involves lots of pins and bulldog clips, stylists hands here there and everywhere (sounds dodgy but it’s not), and holding a whiteboard of product codes for no makeup mugshots in 80 different outfits a day.  Fun!

Starting working for Joanie which is now one of my faveee companies. I really enjoy the shoot days and the clothes are right up my street. Bring on January’s shoot!

Swanning around Mansion house in Egyptian Bridal Couture on a Wednesday evening at the Made in Egypt Gala.  Standard.

A couple of bridal test shoots – what lark prancing around in wedding dresses eh?

Shooting for a kitchen surfaces company, of all things.  One of my favourite shoots! It involved pretending to ballroom dance and holding poses for a very long time, and posing such that my dress could be photoshopped into a granite worktop.  Sounds weird, but looked cool, and was in the cutest little studio setup with a team of lovely people.  (This was also the day I realised that driving to Manchester is never worth it and the M60 at rush hour is Hell on Earth, so that’s a lesson learnt for 2019…)

I went on dates, some nice, some odd, and one that turned into many many dates and trips and lazy days and fun times since.  (Just send that first Tinder message, folks)

I’ve had fun times and OMG-so-much-to-say catchups and festival days and spontaneous city breaks with friends, but have also been far too many ‘yes we defo need to meet up soon!’ messages that have never come to fruition.  That makes me a bit sad.  More concrete plans in 2019, that’s a goal.

I’ve only been there a couple of months and only work part time, but I feel very much at home already so that’s a good sign! I now run the social media, blog, and a few other behind the scenes digital things for my model agency in Manchester, and it’s literally the perfect job for me.  After 2 years of studying from home with sporadic modelling work all over the place, it’s nice to have a place to go to and people to see, even if it’s only twice a week. I’m learning quickly how running social media for a business is different to posting to your own accounts, and I’m learning lots about the behind the scenes workings of a modelling and acting agency too.

Whilst I haven’t traveled as much this year as previously (or as much as I’d like to), I have still been on a few fun trips.  I lost the travel blogging momentum as I had to get my head down with uni for a while, then with an impending house move I couldn’t really book any trips over summer, but the last couple of months have included a few more trips so I can’t really complain.  I only have one trip booked for 2019 so far (Ellie’s hen do to Krakow, I can’t wait) but I’m hoping to get that changed ASAP!

A very random flight sale booking to a country I love and a city I knew very little about.  Nuremberg seems like a lovely city, but not gonna lie, I really don’t think I chose the best time to go.  The city was pretty quiet once all the Christmas festivities were over, and I didn’t meet as many people as on previous solo trips and just enjoyed a chilled city break instead.  Basically I just don’t think I experienced all Nuremberg has to offer, but oh well!
READ: 72 hours in Nuremberg | a chilled city break

Yay for cheap Ryanair flights to cities you know nothing about! Erin, Ellie and I hopped over to Eindhoven for a weekend in April and I loved the relaxed feel of visiting a not-particularly-touristy city. We ate lots of yummy food, browsed lots of artsy Dutch interiors shops, dicked around with a giant shopping trolley, and just enjoyed a big catchup because we don’t see each other often enough.
READ: A weekend in Eindhoven – the underrated city break destination

Oh how I like my little trips away with mother. This was a May half term break where I (annoyingly) had to spend a chunk of time revising for my upcoming exams, but at least had a change of scenery to do so. We stayed in Ulverston aka the Town With the Instagrammable Walls, and checked out the beaches around south and west Cumbria that we’d never visited before despite them not being far from home.
READ: Finding the ‘grammable where you least expect it

A very last minute early summer trip for my Mum and me, to the loveliest little cottage where we chilled out, pottered around the nearby towns, ate yummy food, and read good books. We stayed near Pately Bridge, and visited Harrogate, Knaresborough and Brimham Rocks which were all extra cute in the heatwave sunshine.
READ: Yorkshire Dales | a very, very last minute trip

Obviously my response to “fancy coming to Copenhagen this weekend?” was a big fat YES. Ellie and I had a fab weekend strolling around the city, eating outside wrapped up in blankets by fires, seeing Copenhagen by boat and taking a million photos (of course). October was the perfect time to visit, and I’m very grateful to Ellie for asking me to tag along last minute!
READ: Copenhagen part 1 – canals, cameras & all things cosy | Copenhagen part 2 – how to make the most of a weekend trip

So cold but so good. Managed to fit in most of the touristy hotspots, plenty of time relaxing at our hotel, bike riding around the city, and eating lots of hummus.
READ: a winter weekend in Berlin | 25Hours Hotel Bikini Berlin

Full blog post is still a work in progress for this one, but to summarise: why haven’t I been already? Christmas was the perfect time to visit, we found an amazing deal on a lovely hotel, were absolutely freezing, and had a lovely festive weekend.

And that’s a wrap – now just to head out for Sunday lunch for my Dad’s birthday and spend New Years Eve sniffling into 1000 tissues because the winter cold has got me bad. Bring on 2019!