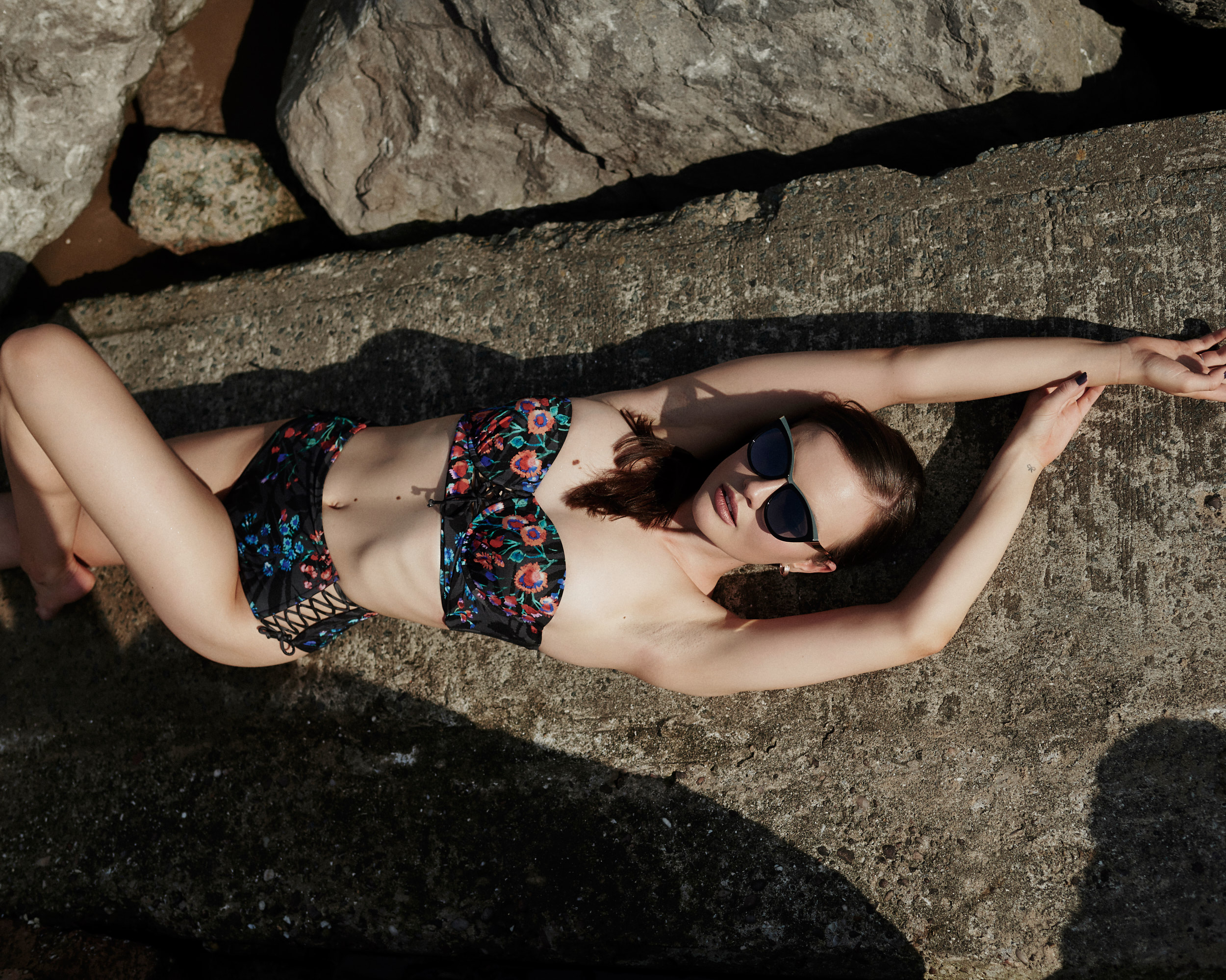 Rather a random post topic from me today, but I thought there may be folks who found find posey posey talk interesting! Becoming comfortable in front of the camera takes time and posing takes practice, so I thought I’d share a few tips for people starting out, be it in blogging, modelling, or just taking nice photos for the ‘gram.

Don’t get me wrong – I still have many bad shots for every decent one so don’t consider myself an expert by any means. I get my fair share of double chins, awkward poses and just plain terrible shots that never make it online.  And unfortunately some that do (why choose the chin-tastic shot for your marketing, Mr Client Man?  Why?).  So yes, do not interpret this as ‘how to nail every shot’ because hah, still a long way to go on that one.

However, with 10+ years of being in front of the camera often, 5+ years of blogging, few years of modelling, and rather a lot of time taking self-timer outfit snaps on the front step, I’d like to think I’ve picked up a few tips and tricks.  Apparently I’m very good at the ol’ fake smile, and my ability to not give two hoots about people watching has definitely improved over the years, so that’s a start.

If ever there was a time to share ridiculously posey photos on the blog, this is it, so here are a few shots are from my recent shoot with Yosef. Might look like Cape Town or something (hopefully) but these were all taken on the Wirral, believe it or not! It was also bank holiday weekend so whilst these pics might look serene (not sure whether that’s a word that’ll ever describe me but I’ll try) the reality was anything but.  Sunny Bank holiday weekend = Brits flock to the nearest beach.  It was busy. Still a fun shoot though!

Feeling comfortable in front of the camera

Shoot near a wall/railing/bench/basically any surface that gives you something to interact with.  The hardest shots to look natural in are those where you’re stood in open space with nothing around you.  That’s when you’ll find yourself getting in a flap wondering ‘what do I dooooo?’.  For example if you’re near a wall, you can lean your shoulder on it sideways, lean backwards on it and look to the side, or rest your arm on it. A bench can be leaned on, perched on, one leg rested on… you get the idea. Don’t make life unnecessarily difficult by plonking yourself in the middle of nowhere!

Tunnel vision. Really try to just ignore what’s going on around you. I strangely find this easier when I’m shooting something that’s obviously styled and ‘extra’; somehow I feel less of a dick posing it out on the promenade (as pictured) than I do trying to look ‘natural’. Either way, you’re better off looking either at your photographer or into the distance and trying to literally ignore everyone else (unless y’know, you’re in the middle of a road or a pavement or something). Remember you’re unlikely to see any of the people watching ever again and they’re probably just curious.  Easier said than done, I know, especially when folks (men) think they’re hilarious shouting ‘take a picture of me love!’, but they’ll have forgotten about you in 20 seconds and you’ll have your images so stuff them.

Move around!  swish, sway, tilt your head, rock back and forth doing the ‘fake walk’ over and over again… just keep fluid (but not too much, or you’ll be a blur).  The more relaxed you feel, the better the shots will look.

Obviously I’m no supermodel and you definitely shouldn’t take these as gospel – hopefully that goes without saying! However, shooting ecommerce where your job is to strike pose after pose all day for 50+ outfits makes you quickly learn what does and doesn’t work. It helps massively when you see photos appear on a screen as they’re shot and can think ‘Ooh bloody hell that isn’t working, better stop that’. Over time posing becomes more natural and you don’t need to think about which body part is going where too much, but I’ve picked up a few tips that may (or may not) be useful to anyone starting out/wanting to up their OOTD game.

Look to the side. OK so this one really has become a habit of mine and I need to stop looking off to the right FFS.  My left is my better side, what can I say!  But yes, looking to the side stretches your neck out, adds a bit of movement to photos, and can help if you feel a bit awkward looking straight at the camera. Shots facing away from the camera and looking back over your shoulder are always good too.

Shoot from straight on or below. Gone are the days of MySpace/Facebook profile pictures taken with your arm outstretched as high as possible – for selfies it sometimes works but full body shots are much better from any angle but above.  Your head being closest to the camera is just a recipe for a massive head and shortened body.  It’s become a real trend in blog/social media photography over the past few years to shoot from low, and that’s because it works.  Bit of natural distortion making your legs look longer never hurt anyone (just sometimes makes your feet look huge, so watch out)

Shoulders AND arms back. Pull those elbows back!  Simply rotating your shoulders and arms outwards (difficult to describe but hopefully you get what I mean) makes your shoulders less sloping, gives a nicer view of your hands, makes you look more confident… honestly I’d say this is the one thing that makes the biggest difference.  For me, having my hands flat to camera in front of me is a massive no-no, and I get really annoyed with myself whenever I catch myself doing it.  Putting your hands in your pockets or touching your waistline is an easy way to get those arms back. I bloody love pockets for this very reason – they just give you something to do with your hands!

Fake laugh rather than fake smile if possible.  My brother (who shoots most of my blog photos these days) has asked why I always make a weird half-giggle-half-puffing-through-my-nose sound when we’re shooting, and that’s why.  It just looks more natural shows through your whole face, rather than a painted on grin with unmoving eyes.  Sometimes you feel like such a dick that you end up laughing at the ridiculousness anyway.  SORTED.

Stand with your legs apart (spread those legs lol) and with one slightly closer to the camera.  I guess this is a pretty obvious one but worth mentioning!  Weight only ever on one leg and POP THAT HIP.  Cringe but it works!  Watch any model shooting ecommerce and they’re pretty much swaying from side to side all damn day.  Keeping your weight on one leg makes it easier to point/stretch the other leg in some way, which works wonders for lengthening your legs if that’s a look you like.

For close up portrait photos, there’s one tip my mum told me years ago that I always remember – lift your ears up.  Sounds weird AF, but I promise you, just try lifting your ears now and you’ll feel what I mean!  Works way better than trying to tilt your head or stretch your neck, and naturally lifts your chin and tightens your jawline.  Don’t know where my mum found the tip originally but it’s one I use on the regular.

I feel like I should add another caveat that obviously these aren’t hard and fast rules, obviously amazing photos can be achieved by breaking every single one of these (and I break them myself), but they’re just some pointers that may (or may not) be helpful. Please share any of your own posing pearls of wisdom with me!