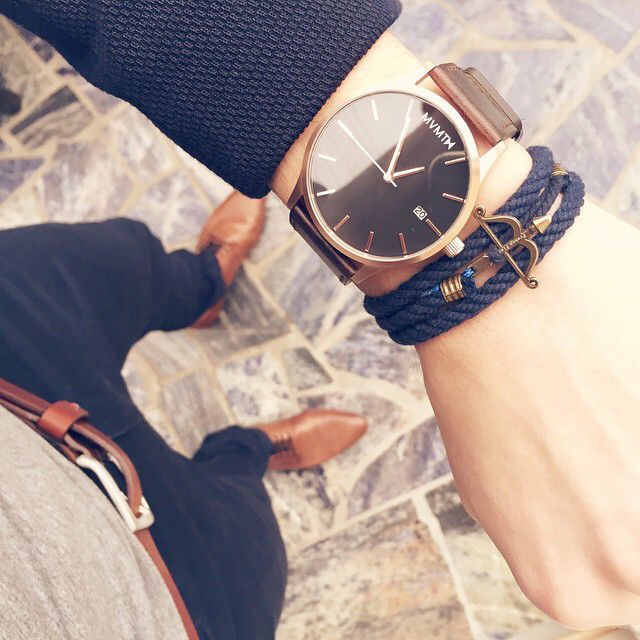 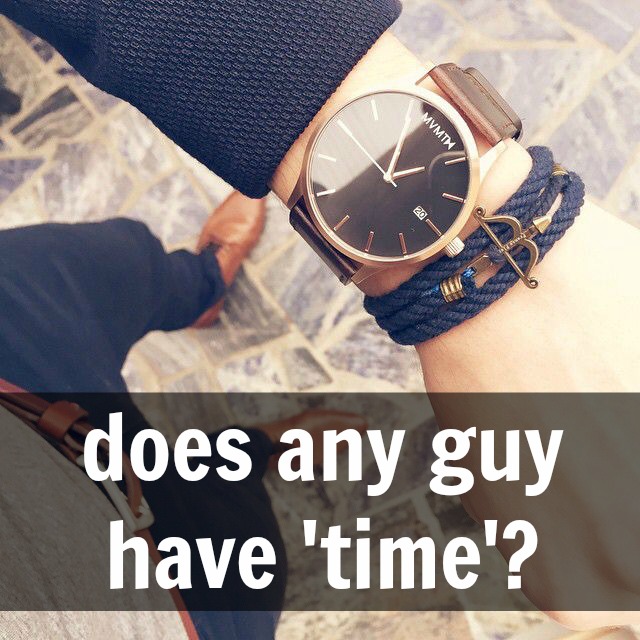 Time for a second appearance from my guest writer ‘D’!  This time I asked him to talk about guys and their busy lives.  Enjoy!

So, finally I’ve managed to sit down and have a second crack at a blog post.
This time with a little more substance and insight, we’re going to take a look into that all time whopper… “If I had the time I would”.
Now I’m not talking about lads claiming they’d do little easy tasks if they had the time, I imagine talking about those people wouldn’t make for a great read.
NO!!!
I’m talking about the ridiculously sub-par individuals who make out they would like nothing more than to drag their spuds over hot coals to prove they care about you and enjoy being with you, but struggle to see you more than two times a week (if you’re even that lucky) because their life is just “so busy”.
Strap on a set you Jimmys!!
Lads don’t come much busier than me, my schedule’s stuffed tighter than Beckham’s Y-fronts.
Amongst working 5 days a week, going to the gym 5 nights a week, training/playing semi-professional sport 3 times a week (filling pretty much every weekend), family commitments at least 4 times a week, work that has to be taken home and done in my own time every night of the week and trying to see a friend or two here or there, it’s fair to say… OH and blogging now, whenever I have a spare moment… there isn’t much room for me to squeeze more in, even to do random entertaining things for myself. So the prospect of me even contemplating dating someone goes straight out of the window right??…
WRONG!!
And this is where I think a number of ‘Bulls*#t’ jabbering embarrassments really need to pay attention, it’s quite simple really…
MAKE TIME!!
If I can do it I’m quite sure anybody can, it doesn’t require all that much of your schedule.
If you really want to be with someone, and they really are worth it to you…You will find a way to make time for them.
So as I think you can tell, I’m really not a fan of guys that think starting a relationship that consists of seeing each other once or twice a month can work, it can’t!! That isn’t a relationship, I’ll tell you what that is… it’s selfish. It’s a lad deciding “I do like her, she’s hot and we have fun, so I’m going to tie her down and stop her going off with anyone else that might be interested, whilst I carry on as I am.”
Here’s a small word that these little boys clearly need to look up…Priorities!!
Now as unfortunate as it may be for you, if you show or tell a girl that you like her and would like to be with her, then she has just become one of your many priorities.
So before you propose to undertake the role of “boyfriend” you need to be sure you’re willing to shift a few things around for this girl.
Now I can’t possibly tell you what those things could be because I don’t know your schedule, so lets take mine as an example. We’ve already established I’m busier than a dog with two dicks, so dating for me wouldn’t be possible if I wasn’t willing to make sacrifices.
To lose a few hours in the gym one night of the week and go on a date instead, to invite her round whilst I’m doing my work at home and involve her, in the less important parts of course (believe me most would rather do it than sit at home and not see you, at least they know when you’re done even if it’s time to go to bed, they’re going to bed with you) or a real point winner is for me to every once in a while drive to one of my games and invite her along, rather than take the team coach as I usually would, then grab some tea on the way home after the game.
I’m sure all of those examples are easily transferred into your schedules, so give it a go!!
This is what happens when you like someone, this is what happens if you declare you’d like to be with someone…you MAKE TIME!!!

So I think I’ve ranted enough now to point out that no one is ever constantly too busy to hold down a ‘real’ relationship, where you actually see your partner.
Every now and again maybe you will be too busy to see them, this is entirely understandable on occasions.
However to start a relationship knowing that to make it work ‘you’ will have to make sacrifices that ‘you’ actually have no intentions of making, and just expect to see each other every now and then for a date and a lil slap ‘n’ tickle just makes you selfish, childish and despite what you may think it doesn’t make you a LAD…
…it makes you a dick!
Lads, if you truly want something or someone, then do what you have to and make it happen!!
If not… then let it go!!