dating, relationships, & sex | what you told me 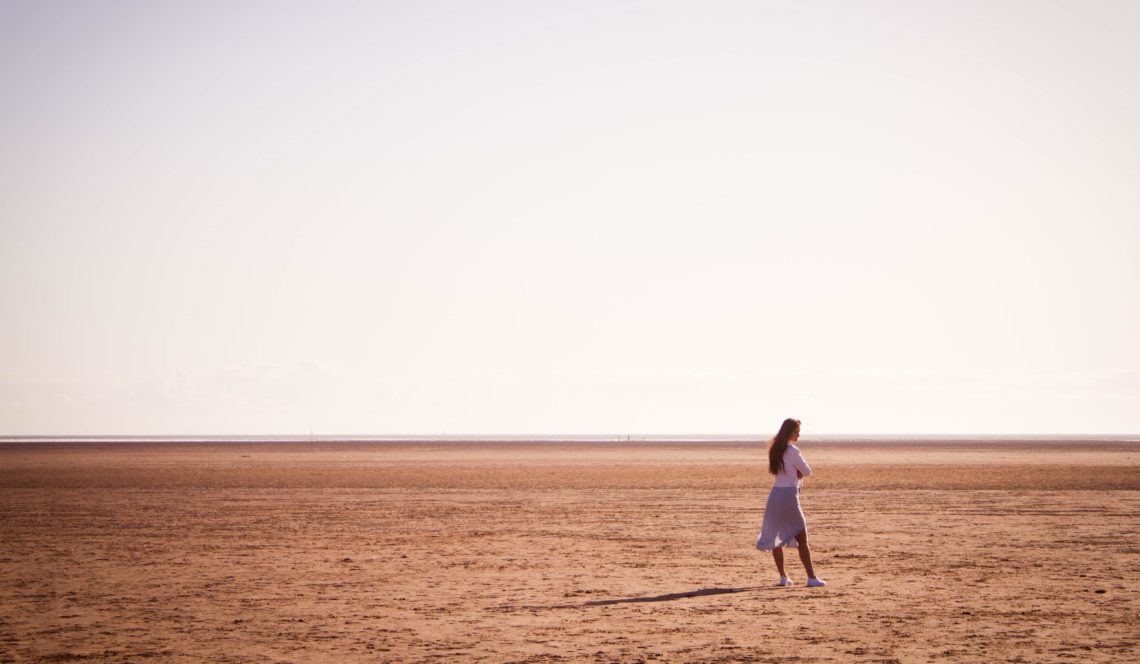 Back to the topic of dating/dating apps/relationships/sex we go!  We’ve covered those ridiculous dating app lines already, and that’s all well and good for a giggle, but I fancied delving a little deeper into the topic of how people *actually* meet each other these days, with both male and female perspectives on the whole thing.  So, in the interests of research (and out of noseyness, tbf) I compiled a list of questions and gathered data using the best form of investigation I know – good old Instagram poll.  Why not fire questions at unsuspecting scrollers on a Monday night eh?  And here I present the results – read on to discover what the cohort of Lily’s Instagram followers make of 2018’s dating situation.  The questions are worded exactly as they were in the polls.

1) Would you make the first move?

74% voted yes, with a pretty even split male and female.  What we like to hear!  However of the 26% who were less confident about making move numero uno, the majority were female.  So some traditional expectations remain.  Is that because girls just don’t feel confident in making the first move (saying hi in person, or sending the first message), or because they think it’s expected of a guy to do so?  Probs a bit of both.

My final poll asked who’d be up for answering additional questions over DM, so on a related note, here’s bonus Q1 with some of the answers it received:

Have dating apps done away with people’s (especially women’s) willingness to make the first move IRL?

E: ‘I think that kinda depends on the person because I know people who are quite set in their ways that they don’t message people first, don’t want to make the first move etc. but I know guys who are exactly like this also!! Yet I think the social movements around feminism have encouraged more equality (as you’d hope!!) but again, this depends on whether they have a traditional stubborn mindset.  When I was on the app, it depended on whether I thought they were worth making the first move I guess.

G: ‘Feel like it’s always been that men are kind of expected to make the first move’

C: ‘I think social media has in general given everyone a bit of a crutch and perhaps it’s more difficult for people to visualize making the first move in person (IRL). Even people who I know in real life are more prone to making a move via texting than in person.  But I also think that in general, women are perhaps socialized to believe that men make the first move.  Dating apps like Bumble have attempted to flip that concept on its head, but from my experience most men still have a difficult time having a meaningful connection with people on it.  I find that men are more willing to truly connect on a deeper level than women are willing to connect with men (can go into more if need be)

2) What age difference are you comfortable with?

69% said only up to a 5 year difference either way, and a couple of girls messaged me to say they’d happily go more than 5 years older, but not a chance they’d go younger.  I feel ya girl!  Flicking through the profiles of who answered what told me that *generally* the older the person, the greater the age difference they’d be happy with, which I guess is to be expected as the difference becomes a smaller and smaller fraction.  We all know that actual and mental ages can be 2 very different things anyway!

75% preferred IRL to swiping.  I think we’d probably all prefer IRL in an ideal world, but in an ideal world we’d also bump into super-attractive-amazing-personality-emotionally-available people down the road like in the movies, so y’know, an ideal world this is not.  Yeah apps can be an utter pain in the arse, but at the end of the day they can introduce you to people whose paths you would never otherwise cross.  They’re not what most of us would choose (as evidenced by this poll) but they have their place.

4) Can you be arsed with a long distance relationship?

Close call for this one, with 51% saying they’d be up for it and 49% saying no thank you.  I probably should have asked more about this one in my followup questions just to hear some different viewpoints.  Personally I think I’d struggle with getting to know somebody in anything long distance because I just don’t like the idea of not actually seeing someone and being able to be spontaneous, but I’ve never moved hundreds of miles away from home so maybe my perspective is a little narrow.  Very different if you already know somebody before getting together – many people who answered were uni students, and obviously living between 2 different places means long distance at some point is unavoidable.  From what I’ve heard, many people who get together at uni throw themselves in headfirst and spend all their time together, so it’s kinda different. Plenty people have made it work though (and would apparently be up for it), so I’d be interested to hear about why!

Because y’know, we live in a society of hinting at each other and trying to be subtle, rather than saying it how it is.  Such is life.  Anyway, 59% said no they don’t pick up on hints, with more males than females saying that they went straight over their head.  Surprised?  Not really.

6) Does a bf/gf need to get on with your family/friends?

86% said yes, and of the 14% who said no, the male/female split was pretty even for both.  Nothing major to say on that one other than that it must really depends on your own relationship with family/friends.  I guess if you don’t particularly see eye to eye with your fam, it probably isn’t important for your bf/gf to either.

7) Do you assume that girls who are DTF on night 1 are better in bed?

Well wasn’t this one interesting!  20% said yes they’d assume a girl who’s up for it on date 1 would be better in bed, 33% of these yes-sayers being female themselves.  Obviously 80% voted that there’s no correlation (or that they’re worse… Instagram only gives 2 options), but I still had to ask a follow up question of whyyy?

E: I guess people think that if they’re DTF that they have had “practice” or that they’re confident therefore they must be good, but if a lot of girls said yes then that could mean they’re slightly biased?  i.e they would fuck on the first date because they believe they’re good in bed lol.  I personally think it’s better to let them use their imagination & wait until at least 2 dates!! Then let them be pleasantly surprised.

G: They might just put together that doing “it” more often means that they are better in bed.

C: I didn’t vote that I believe that.  Reason being that having more sex, or being more open to it, does NOT make you better in bed.  Sex is very individualized for each person, and I think having open communication between partners is far more important.  Also why a lot of men are bad in bed and don’t take suggestions well *insert very relevant facepalm emoji here* People probably have a false sense of thinking that people who sleep around a lot – and have many partners – are inherently better in bed.  I believe that it’s usually just that women who are DTF are either more confident in their abilities, or feel deep shame or guilt.

J: My quite logical link for the DTF question is down to experience… if a girl is happier to partake within a short space of time she’s more likely been with a higher number of partners… and as they say practice makes perfect

O: I don’t think there’s any correlation between girls who are more comfortable with sex on the first date and them being better at it.  I think those girls just want it more!  I think girls can be just as good or bad as the next girl, regardless of when they’re comfortable sleeping with you.

Me: Think it’s worth pointing out that just because a girl (or guy) says no on day 1, it *shock horror* doesn’t mean they don’t like/want sex or don’t fancy you.  I could write a long list of reasons why someone might not want to get it on on the first night, and ‘because they don’t think they’re any good in the sack‘ would not be on this list.  Sure, in the moment it might be hella tempting, but they might still say no.

So the general idea from a couple of these answers (not all!) is that practice = perfect, and the greater the number of partners, the better in bed.  I’m just gonna leave that one open for discussion.  Strangely enough, all went quiet when I asked a guy whether he thought men who’d had more sexual partners were therefore better in bed…

8) How long (max) talking before meeting up?

61% said they’d rather meet up within a week of starting talking to someone, with the rest voting that they’d rather leave it longer.  This is another of those ‘in an ideal world’ situations – sometimes we can go out for a coffee date at half an hour’s notice, but with our busy bee lives, ‘within a week’ isn’t always doable.  For me, if schedules allow, I prefer to meet up and establish pretty quickly whether anything’s gonna develop.

9) Would you be put off by someone having children?

Not too clear cut here, but 56% would indeed be put off.  I guess it’s because children just throw another level of complication into the mix, and everything seems to have more gravitas when there’s a child involved (and usually an ex still on the scene, too).  Fine line between not giving chances to people who deserve them, and entering into a situation that you’re not ready for.  I guess this is one of those things that may change as people get older – it’s not something I want to be accommodating at 20, but hey if I’m still single at 30 then things might be different.

Another pretty even one, with 49% saying it’s helpful and the other half(ish) saying it’s a hindrance.  I think the phrases ‘social media’ and ‘blessing and curse’ seem to crop up in the same sentences in whatever context, and dating is no exception.  How many relationships started with a DM slide, and how many were ruined by the paranoia and ‘etiquette’ that comes with social media, eh?

Let me know if you have anything to add, or just what you think of this kind of post – it was actually quite interesting to see the results of the poll come in!